What happens when Barbie gets a bit too bougie for a Jeep? She calls up Maserati and orders something that suits both the canyons around Los Angeles and the conspicuous consumption of Rodeo Drive. Yes, Maserati has made a Barbie edition Grecale, and it’s somehow even pinker than pink.

First, a note about fashion. Barbiecore has been taking off recently, partly thanks to the upcoming Barbie film and partly thanks to trends generally working in 20-year cycles. Once the economy rebounded from the dotcom bubble crash of the new millennium, conspicuous consumption was in. Headrests with built-in televisions, Juicy Couture sweatsuits, a level of almost overwhelming maximalism that just so happens to play fairly well with Barbie’s image.

In addition, the aggressively pink aesthetic serves as one rejection of the nauseating minimalism that dominated the latter half of the 2010s. Valentino’s Fall 2022 runway show was dominated by Barbiecore, while celebrities like Harry Styles and Khloe Kardashian have indulged in the trend. 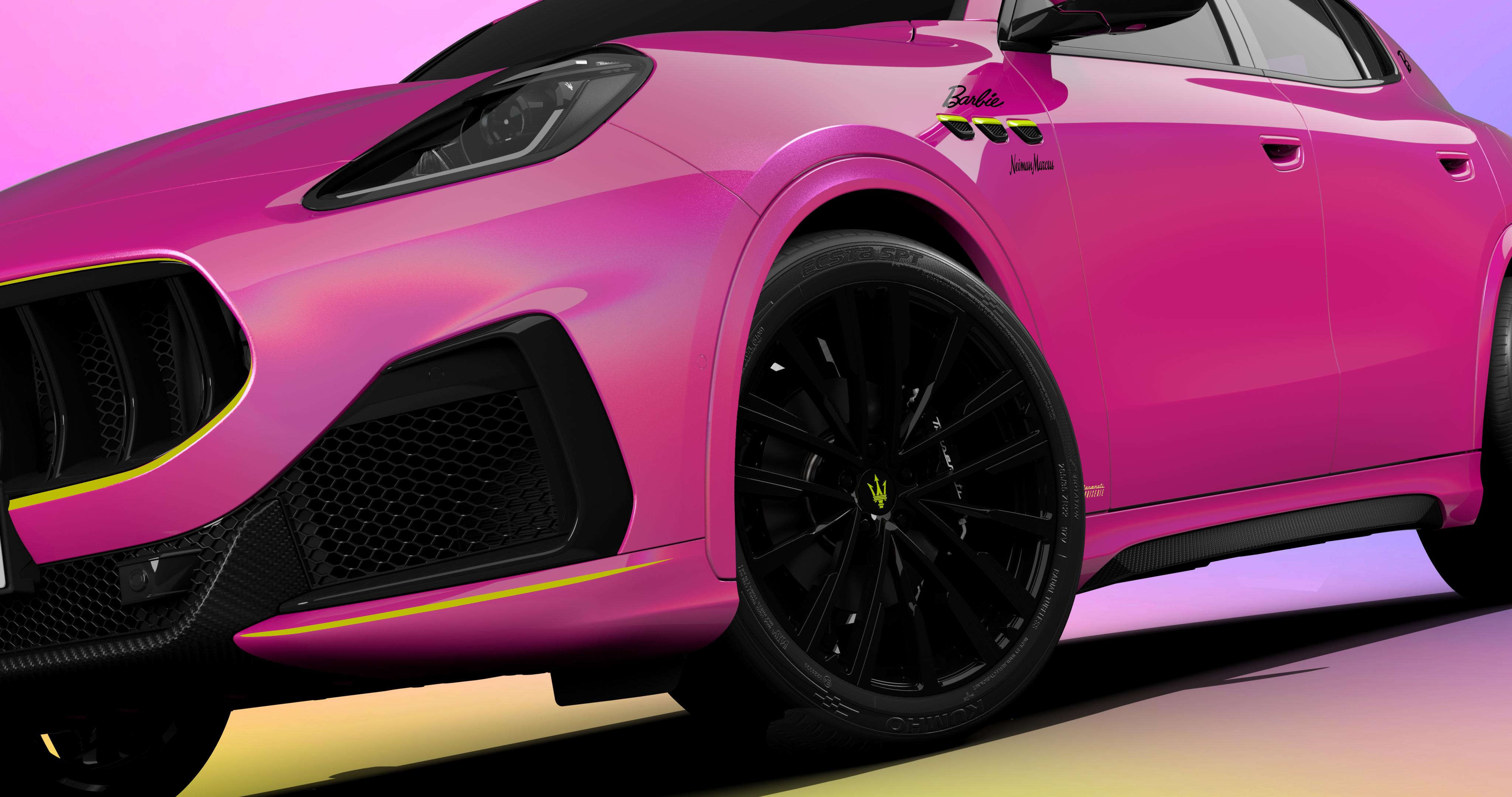 As such, it was only a matter of time before a car manufacturer hopped on this fashion phase and Maserati answered the call with its Fuoriserie customization program. After all, few manufacturers have the facilities to spray cars in custom colors and Maserati is a cousin of Jeep, maker of one of Barbie’s most iconic cars. Barbie’s trademark look is incredibly pink, so no ordinary pink would do for this project. Maserati’s cooked up a vibrant, dynamic iridescent pink with an incredible shimmer, then sprayed it on the Grecale Trofeo crossover.

As the top Trofeo trim of the Grecale packs Maserati’s twin-turbocharged Nettuno V6 gives Barbie an impressive 523 horsepower and 457 lb.-ft. of torque, good for a manufacturer-quoted zero-to-sixty time of just 3.6 seconds. Of course, being a performance luxury crossover, air suspension with adaptive dampers comes standard, so this pink Grecale should stick to the tarmac nicely. 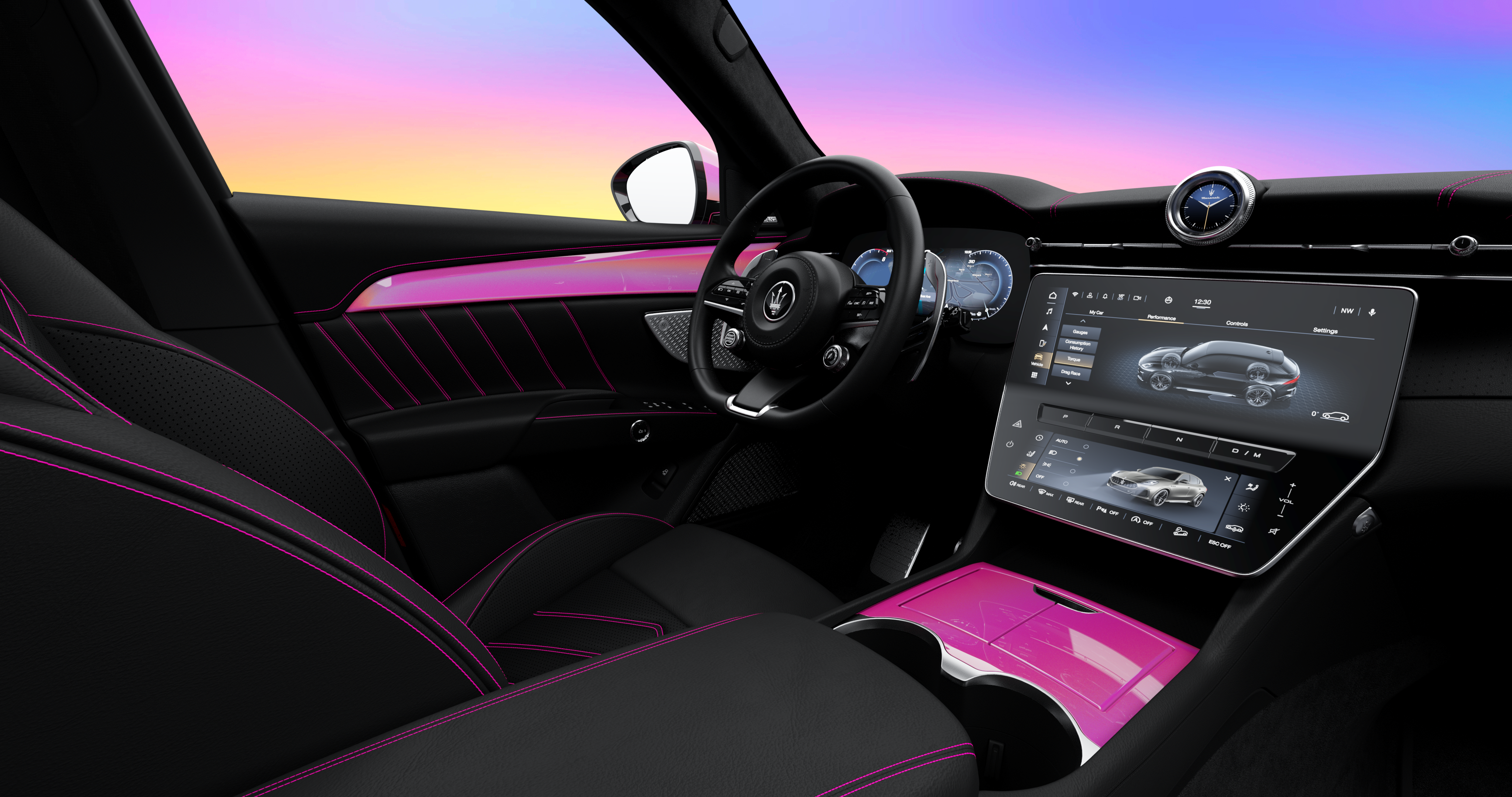 In addition to the pink paint, the interior trims are color-matched to the body, while a litany of retina-searing highlighter yellow accents appear on parts like the grille, front lips, portholes, center caps, and rear valence. While black leather upholstery doesn’t sound particularly exciting, Maserati’s punched it up with heaps of pink stitching, perfectly on-brand with Barbie’s image. Oh, and the Barbie B appears on each headrest and C-pillar, just in case you forget what you’re driving.

As the market for a very expensive, very pink crossover is unsurprisingly very small, Maserati will only build two Barbie Grecales. The first one is part of the 2022 Neiman Marcus Fantasy Gifts catalog with an eye-watering price tag of $330,000. I didn’t know numbers for compact crossovers went this high, but such is the price of exclusivity. Granted, ten percent of the sale price will go to the Barbie Dream Gap project to fund charities like Inspiring Girls International and Girls Write Now, so some good should come from the exorbitant price. As for the second Barbie Grecale, Maserati will say more about it in 2023. 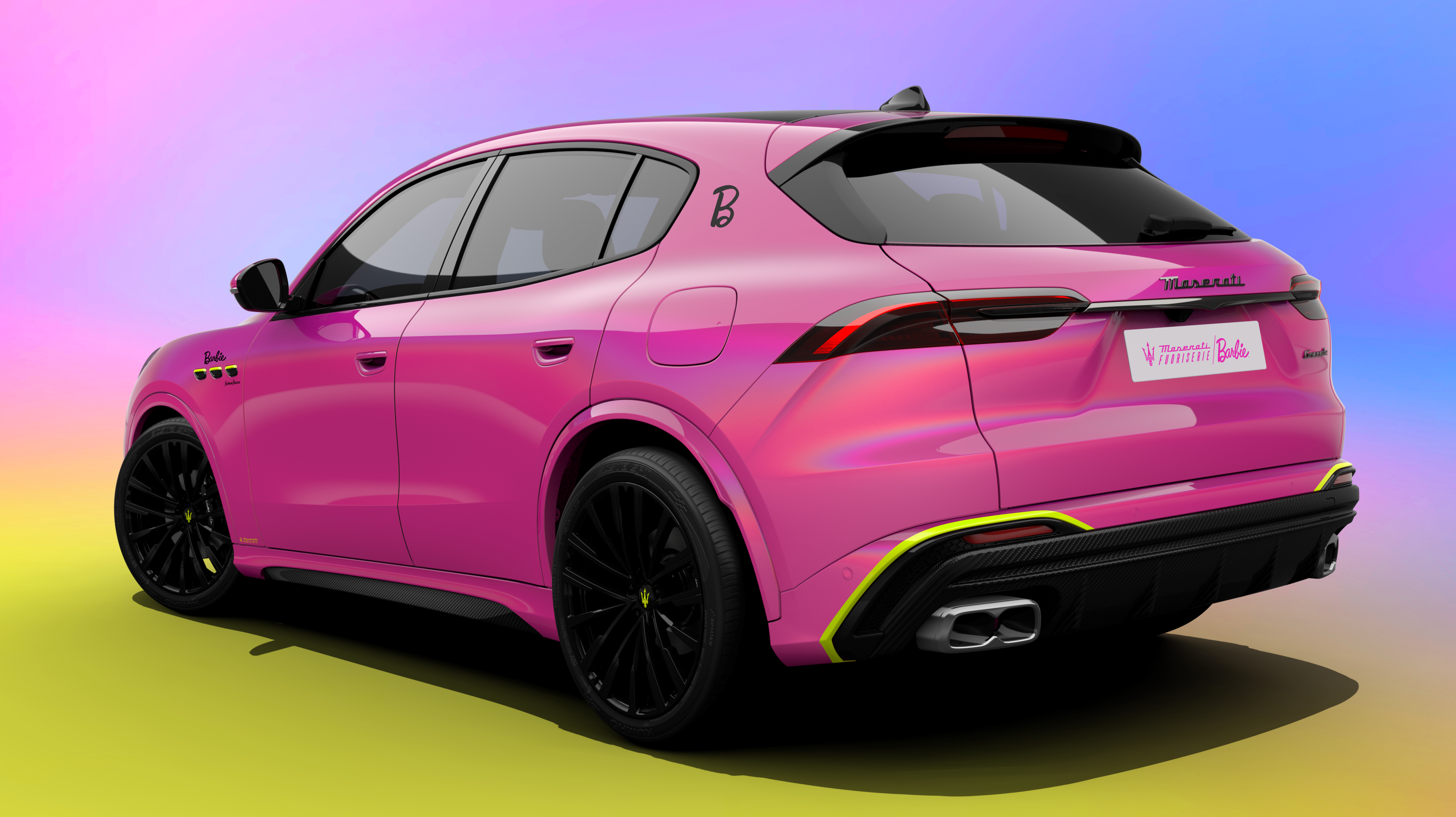 While a bright pink Grecale might not be to everyone’s tastes, I’m delighted that it exists, even with a preposterous price tag. Neutral colors like Nardo Grey are so played out that they’ve drained the life from the roads. A dose of bright pink expression exudes confidence and makes a car memorable. No matter how long or short the Barbiecore trend lives, a pink iridescent Grecale will forever be a bright spot in a sea of greyscale vehicles.

All photos courtesy of Maserati

Thomas is a Nu Rave-blaring, heel-toe downshifting, maple syrup-swilling, chassis-geeking, junkyard parts-hauling, floppy-haired scenester who's been writing about cars since college. His current ride is a 2006 BMW 325i with the six-speed manual gearbox. Instagram: @thomas.hundal Twitter: @thomashundal
Read All My Posts »
PrevPreviousAll The Cool Things I Saw At Overland Expo East – The Big Overland Show For Eastcoasters
NextTell Us About How An Automaker’s Poor ‘Design For Serviceability’ Made Your Repair Job A Total NightmareNext