Okay, let’s get to the basics, which GMC outlines in its press release:

The 2024 Sierra EV Denali Edition 1’s Ultium battery pack enables its GM-estimated driving range of 400 miles1 on a full charge. It is also a structural element of the vehicle, which contributes to its overall strength, durability and performance. Furthermore, the placement of the battery pack lowers the truck’s center of gravity, while enhancing ride comfort and driving confidence on and off the road.

Front and rear electric drive units channel a GM-estimated 754 horsepower and 785 lb-ft of torque to the wheels via an e4WD system in Max Power mode, giving the truck exceptional traction and capability in almost every driving scenario.

The output and range figures are basically the same as those of the Silverado platform mate, so you can expect the setup to be similar: Dual motors powered by a giant 200 kWh battery pack between them. Here’s what the Silverado EV’s battery and drivetrain situation looks like:

Right out of the gate, there will be only the Sierra EV Denali Edition 1, which will come in early 2024.

Later, for the 2025 model year, AT4 and Elevation trims join the party. Here’s how those look: 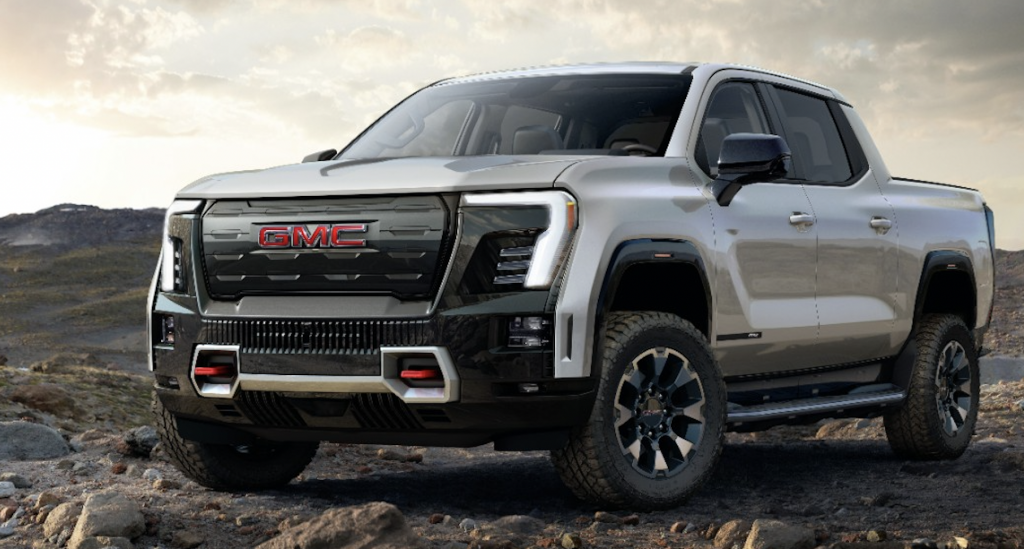 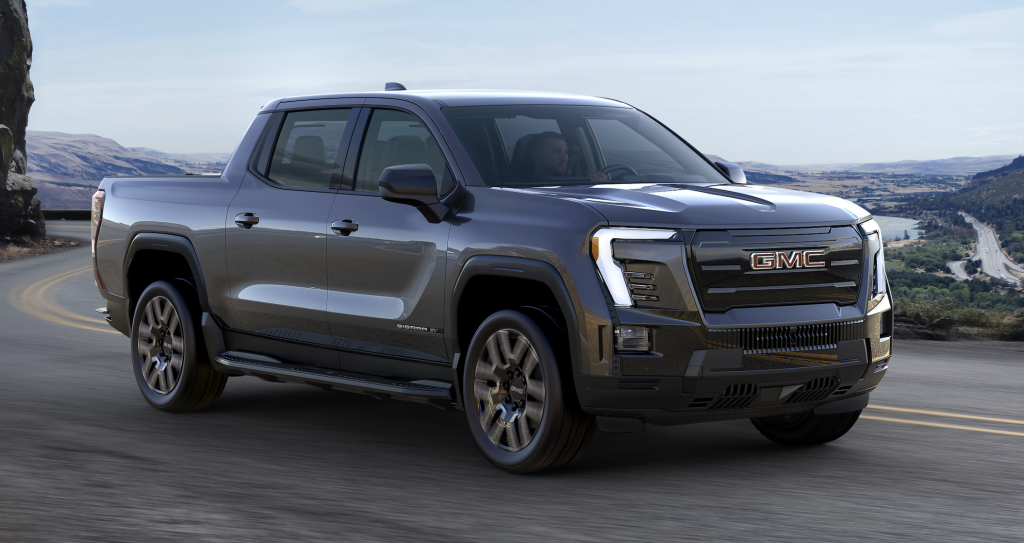 I think they all look great. Nice and aggressive. There’s up to 9,500 pounds worth of towing capacity, up to 1,300 pounds of payload capacity, there’s a big frunk up front, and most importantly: There’s the Midgate, just like you know and love from the old Chevrolet Avalanche: 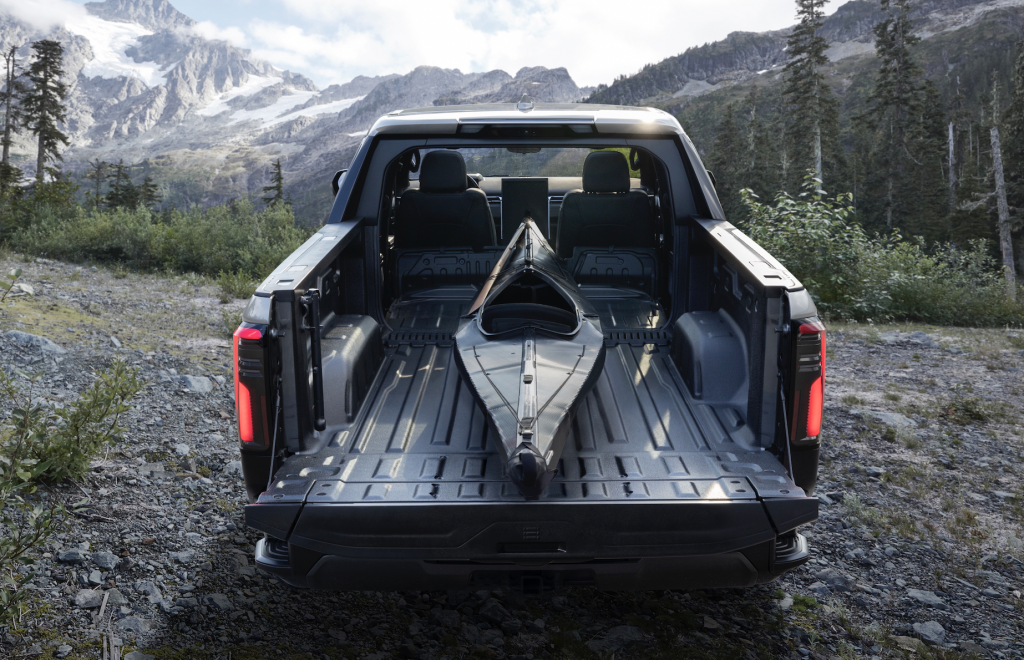 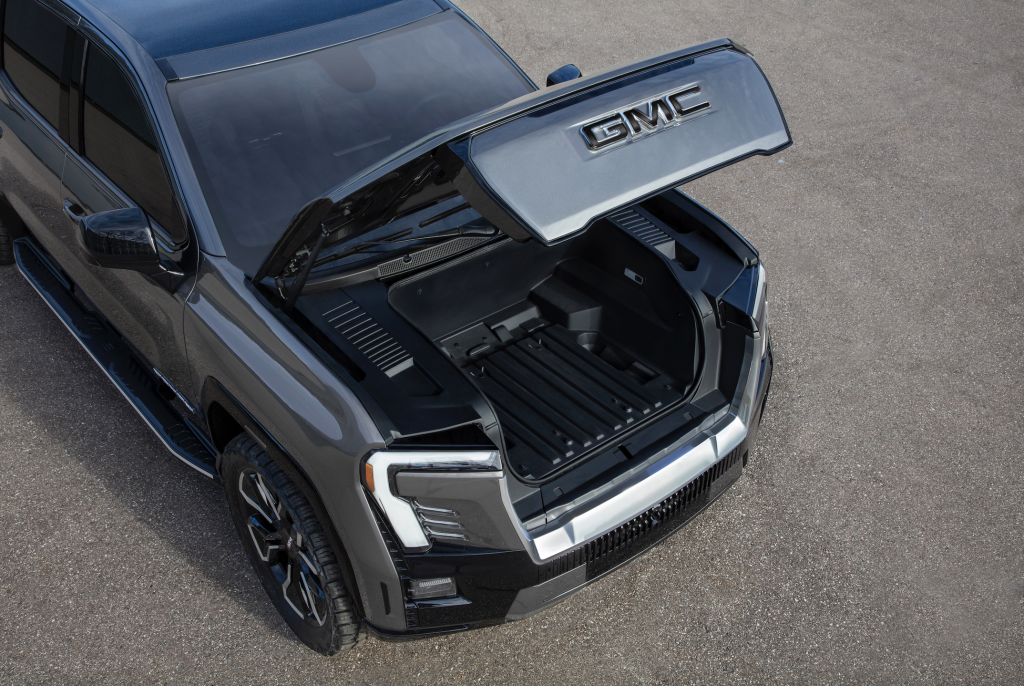 As for the interior, there’s a huge 16.8-inch screen, an 11-inch gauge cluster, and a head-up display “offering 14 diagonal inches of view.” It looks good; it’s nothing wacky and over-the-top like you might expect out of a new EV, but it’s still nice: 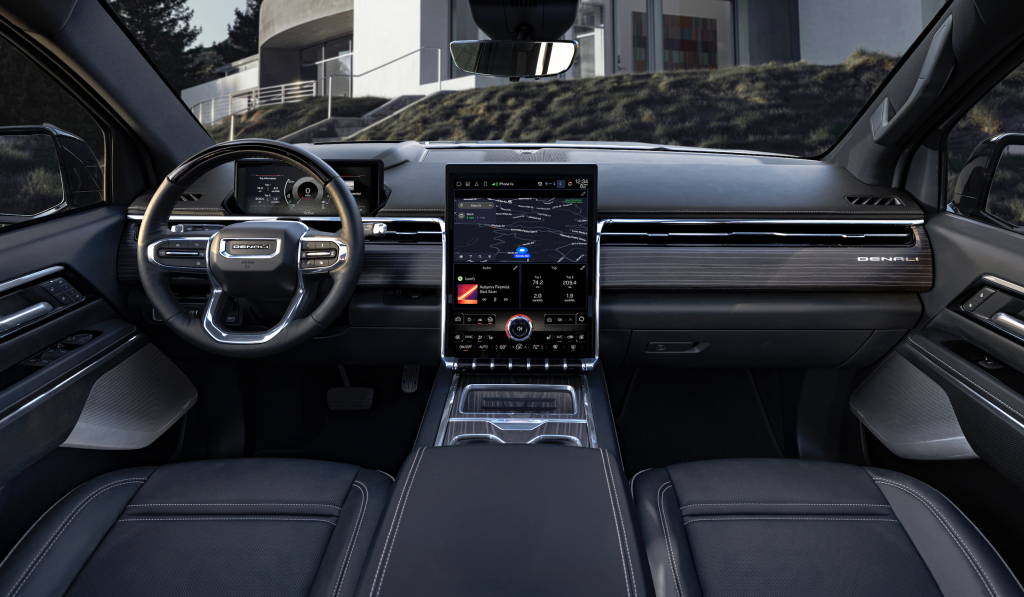 The price for the Sierra EV Denali Edition 1 is $107,000 plus $1,695 “destination freight charge.” GMC says “Further details for the full range of Sierra EV models will be announced closer to the start of production, with MSRPs starting around $50,000 (plus DFC).”