The small-block Chevrolet engine swap is a time-honored way of permanently altering the character of a Jaguar. After all, American reliability with European independent rear suspension sounds like a good combination on paper. However, it’s not the only way to Chevrolet-swap a Jag, as this Jaguar XJS proves. On the outside, it looks like a Group 44 tribute car wearing a set of Camaro alloys. On the inside though, things are a bit different. 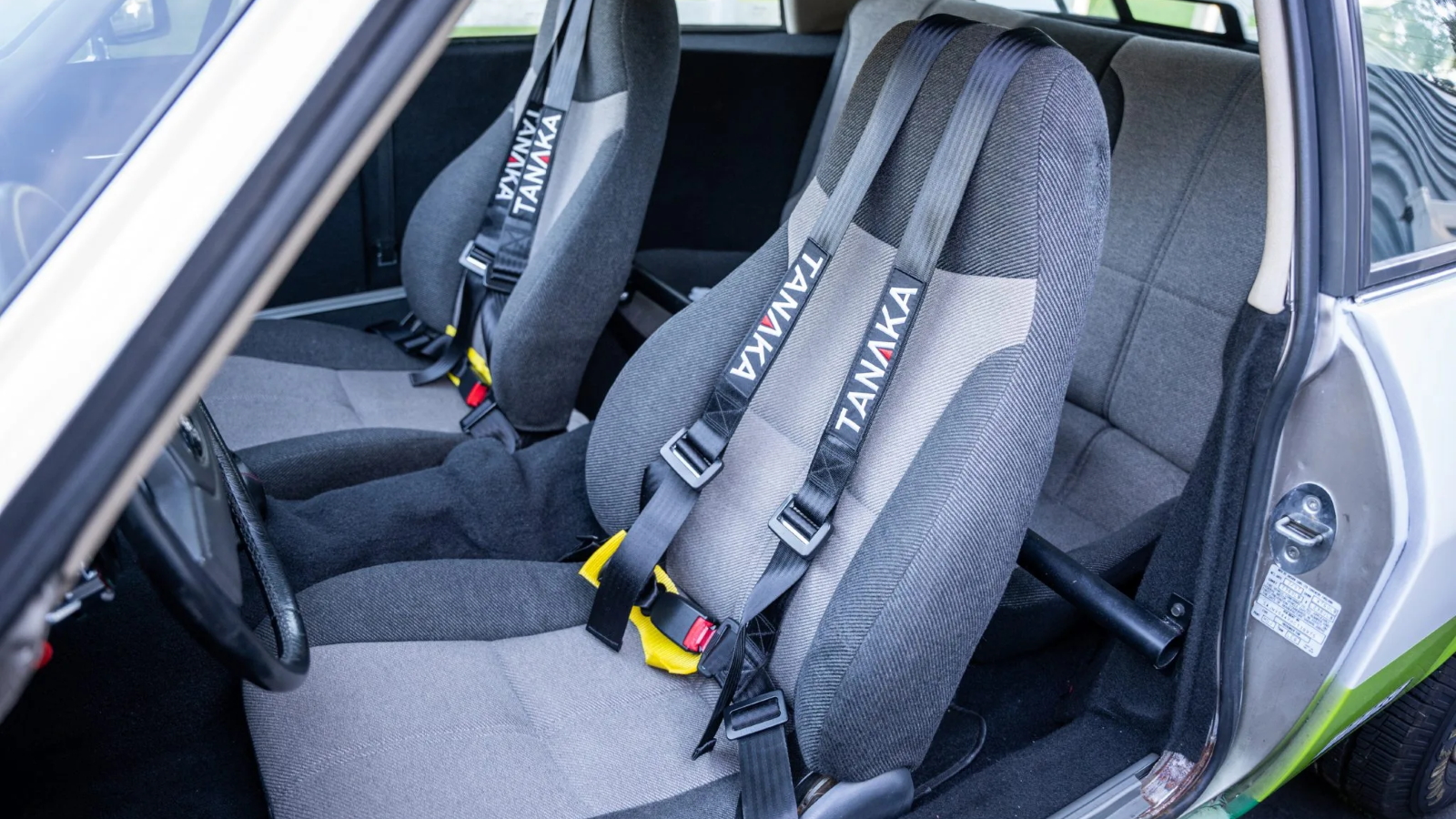 Good heavens, what’s happening here? That isn’t fine British leather, that’s glued mouse fur from a 1990s GM product. It seems that someone has scythed away the bodywork of a fourth-generation Camaro and plunked an XJS shell on top. What should we even call this thing? A Jagulet? A Chevuar? A Camuar? A Jagmaro? 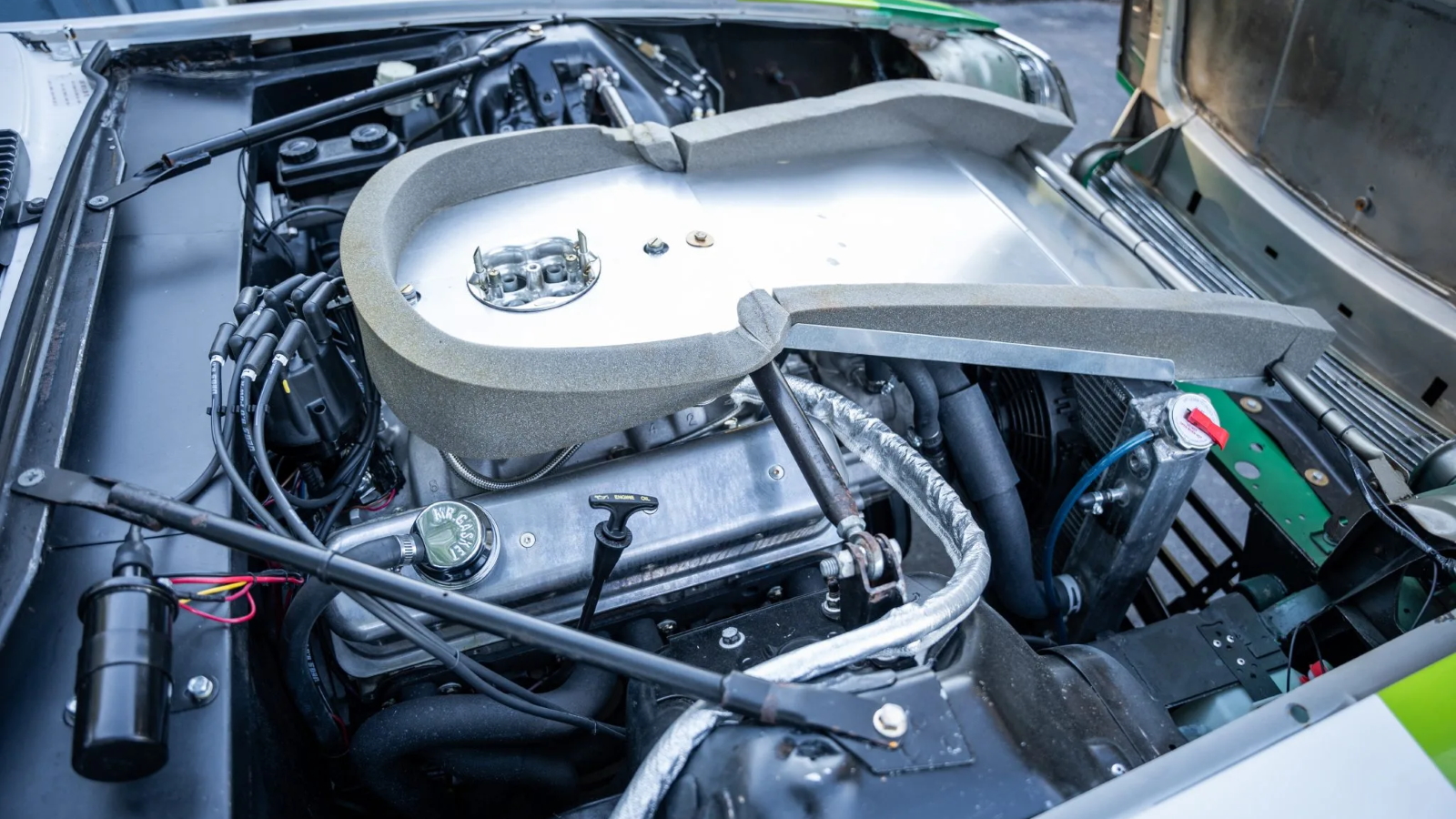 Fair play to the builder of this Anglo-American creation, it does seem to be packed with some pretty good stuff. The LT1 engine has received a work-over with a carburetor, 11:1 Wiseco pistons, Eagle H-beam connecting rods, a Comp Cams CC306, LT4 heads, and other go-fast goodies. The speed bits continue as power goes to the ground through a Centerforce twin-plate clutch, a carbon fiber driveshaft, and a 4.11:1 Currie nine-inch rear end. 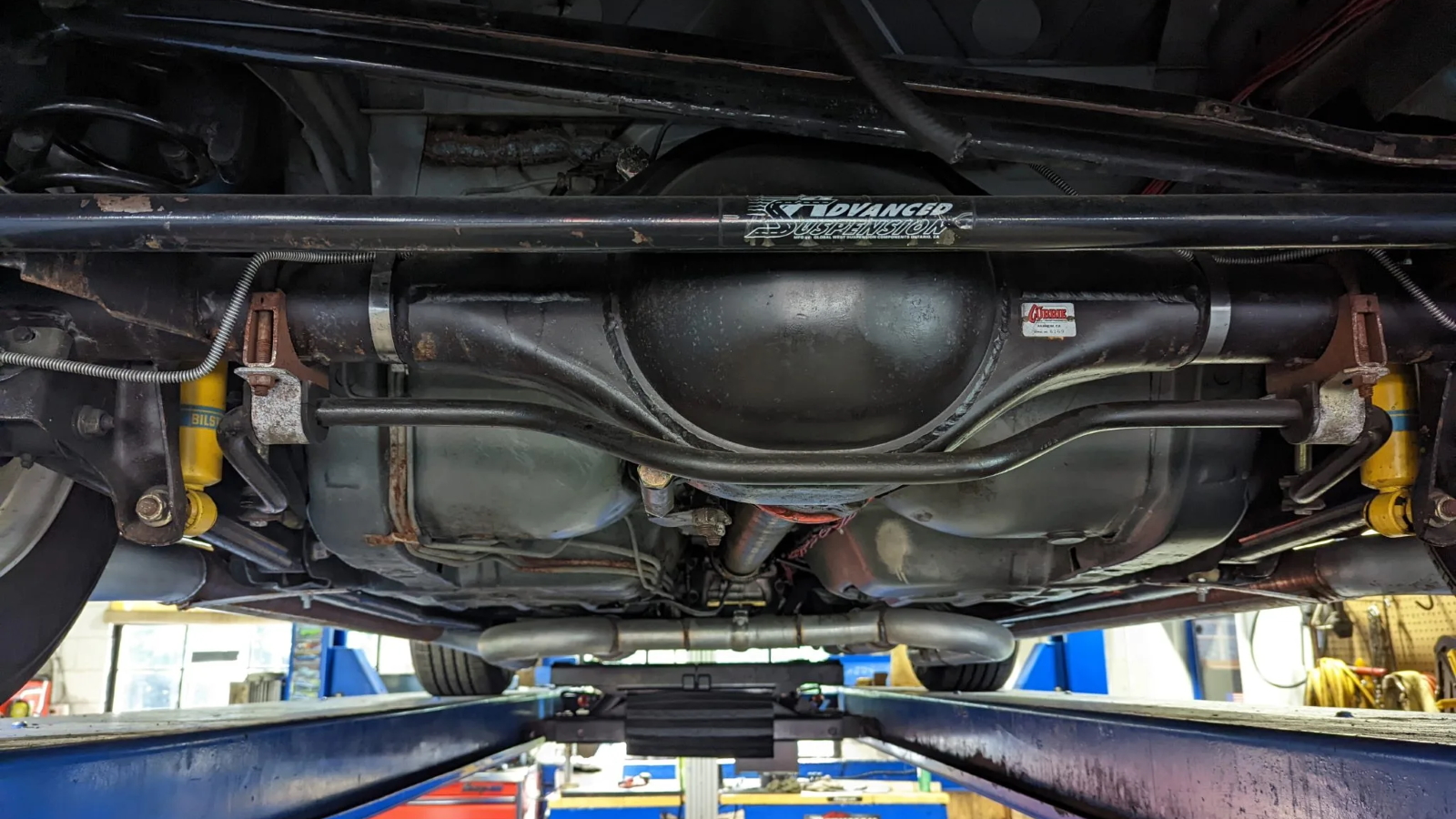 Although the car’s said to sport subframe connectors, a Global West panhard rod, Bilstein dampers, and Eibach springs, the tires are very non-sporting Goodyear Reliant All-Seasons. Good for a year, am I right? Mind you, skid-happy tires aren’t the least-safe thing about this build. The cheap Tanaka four-point harnesses draped haphazardly over stock Camaro seats are most certainly more frightening. They definitely aren’t SFI-certified and the mounting arrangement likely won’t do a driver’s back any favors. 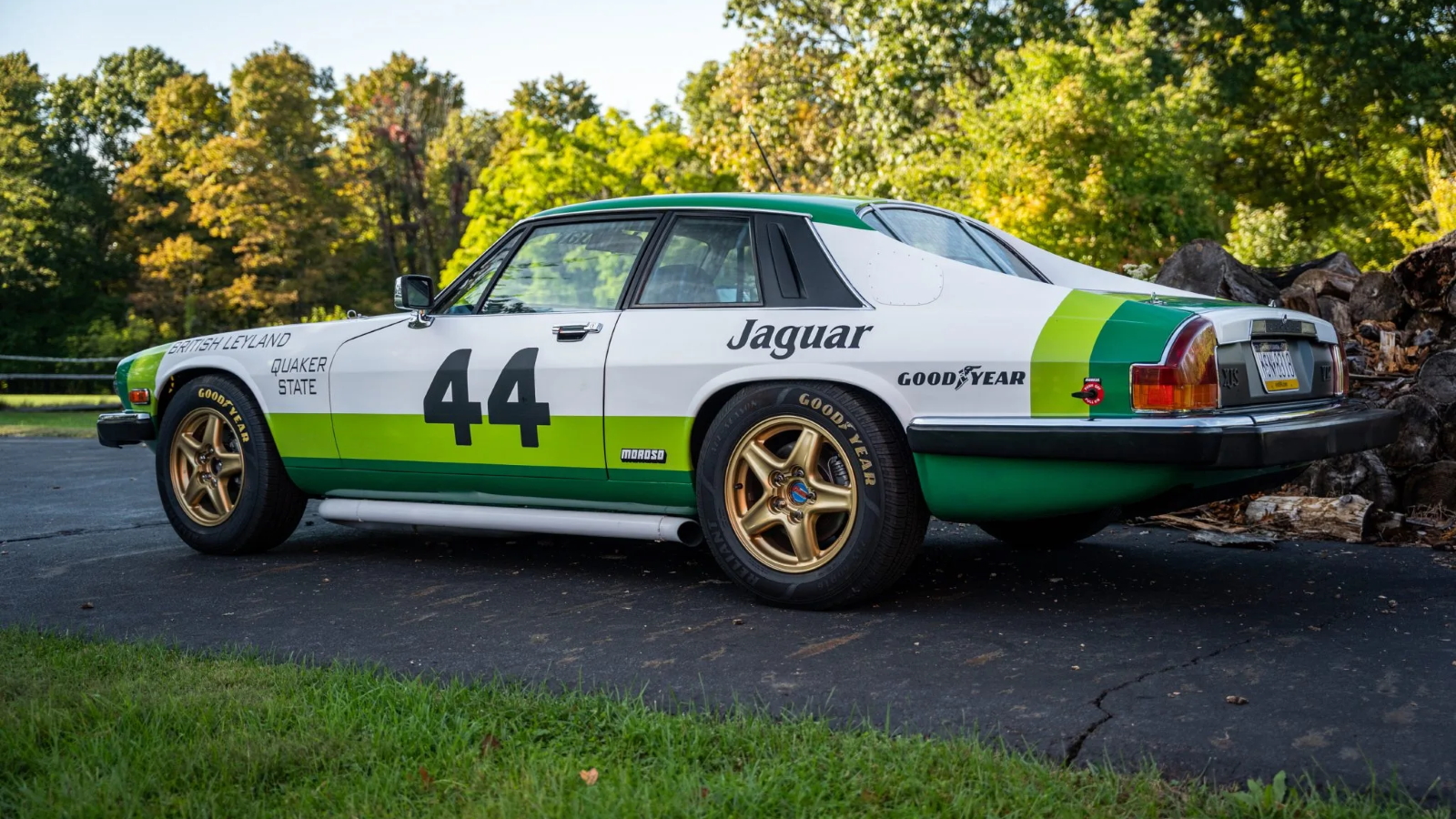 The Bring A Trailer listing for this thing states that it was built in 2021, so it’s entirely possible this was a pandemic project. If so, kudos for maximizing productivity and minimizing boredom. Speaking of minimizing boredom, just listen to the noises the Jagmaro makes on cold start.

First the fuel pumps chime in louder than most engines, then a brusque roar of V8 Americana come in. It’s not choppy like most hot rods with hot cams, but instead surprisingly smooth, like a shot of Jack after a hot day in the sun. The seller claims that a driving video is on the way and I can’t wait to see how this thing rips down the road. Oh yeah, this whole thing is allegedly road-legal, titled as a Jaguar XJS since that’s what most of the VIN tags are from. 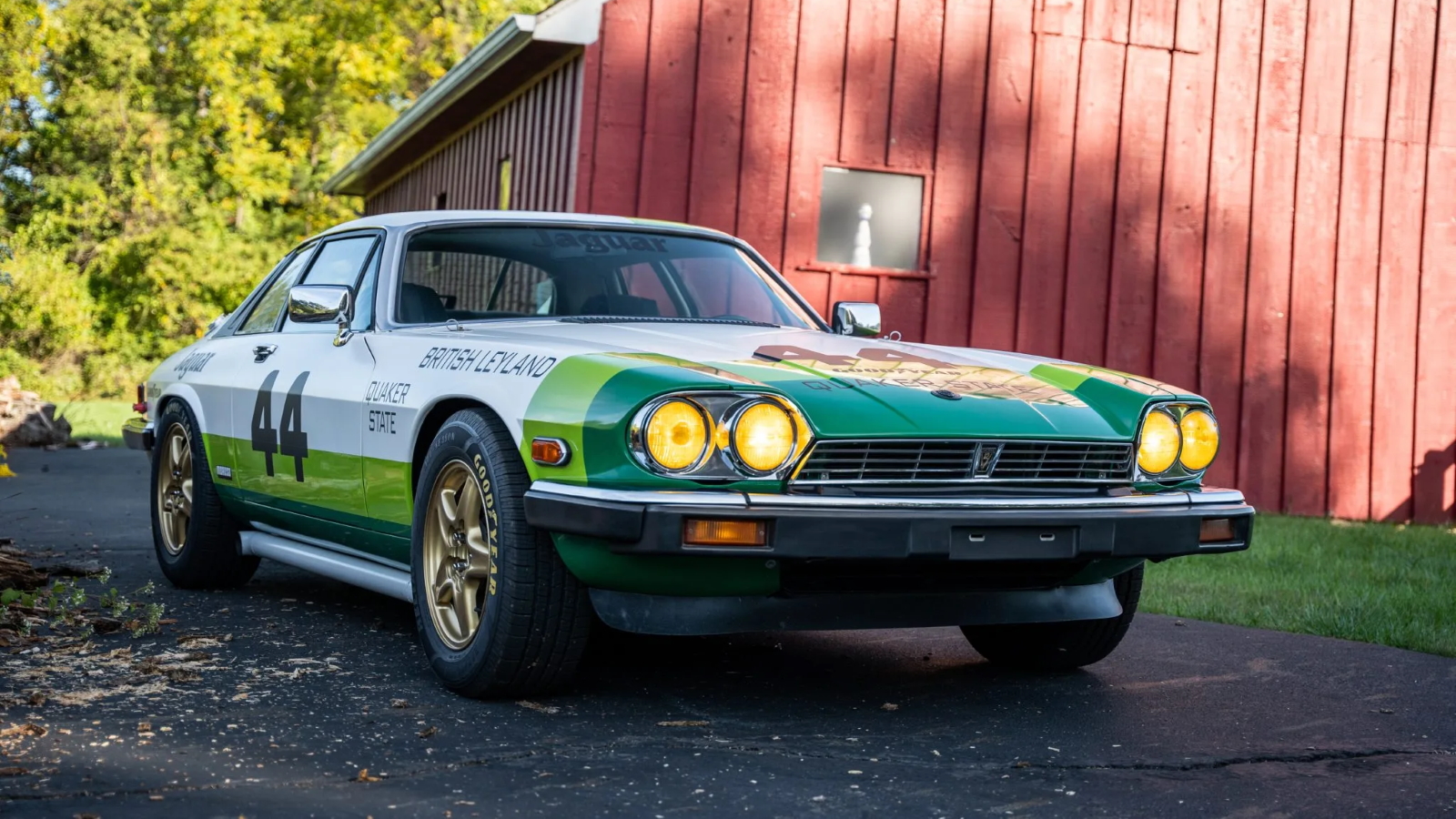 The current high bid for this trailer park staple wearing an aristocratic coat is a mere $3,333 with seven days left to go. While normally I wonder what sort of person would buy a strange build, the high bidder here could be any of us as this thing’s just that cool. Long live the Jagmaro, where strange taste meets nifty execution.

All photos courtesy of the seller

Thomas is a Nu Rave-blaring, heel-toe downshifting, maple syrup-swilling, chassis-geeking, junkyard parts-hauling, floppy-haired scenester who's been writing about cars since college. His current ride is a 2006 BMW 325i with the six-speed manual gearbox. Instagram: @thomas.hundal Twitter: @thomashundal
Read All My Posts »
PrevPreviousA Daydreaming Designer Realizes The Dream Of The SuperFrunk
NextThis Is The New GMC Sierra EV, Which Will Start Around $50,000 After Launching As A $108,000 Pickup With Over 750 HP, 400 Miles Of Range, And A MidgateNext