The Chrysler Aspen Hybrid Was A Hemi V8-Powered Towing Beast That Got Over 20 MPG: Cold Start

Is it possible that the hyper-rare 2009 Chrysler Aspen hybrid is actually…underrated? I know, this is hard to comprehend given its rather, uh, interesting styling not dissimilar to its platform-mate, the also “interesting” Dodge Durango. But look past that styling and you’ll find a hybrid system that’s actually quite fascinating.

I spotted this Chrysler Aspen Hybrid at O’Reilly Auto Parts, where I met an awesome engineer from our friends at Munro & Associates — the master benchmarkers, and runners of the YouTube channel Munro Live. We chatted in the parking lot, and I noticed that he drives this incredible machine. 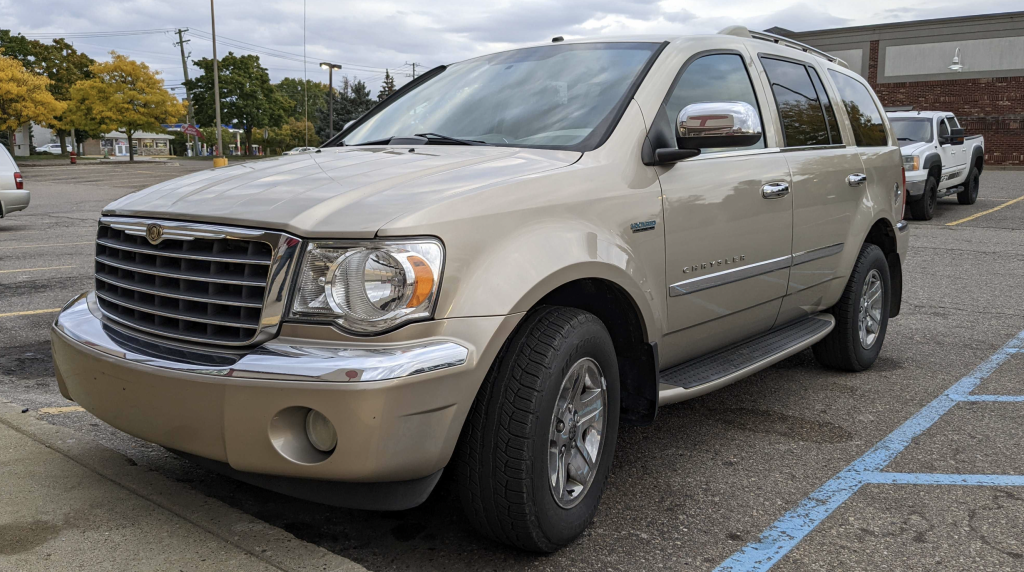 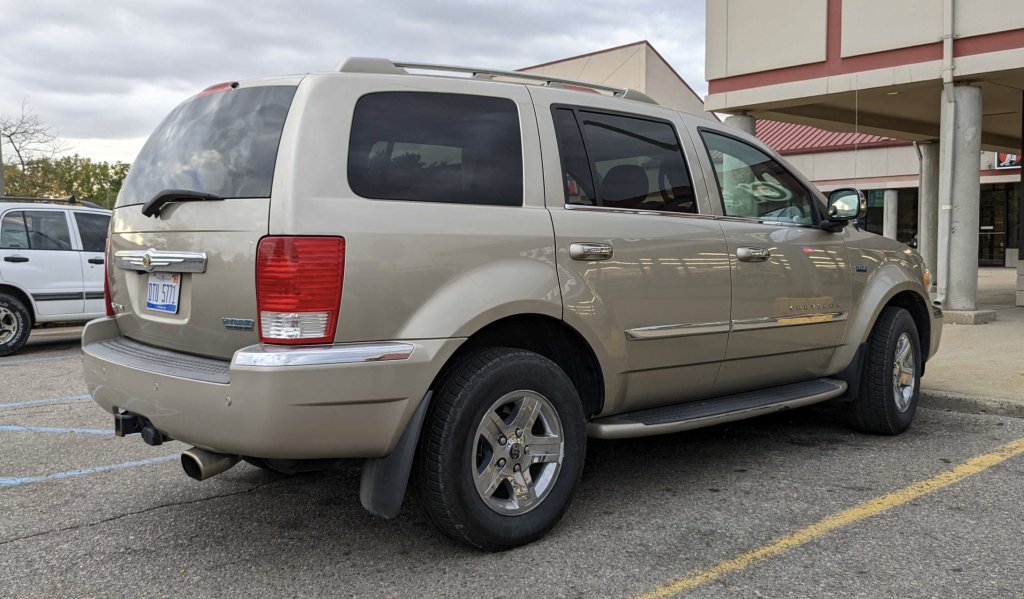 This is a beautifully-maintained version of an incredibly rare machine, which was only built for two months in 2008. It features a 300-volt hybrid system with two electric motors integrated into a four-speed automatic transmission. The Nickel-Metal Hydride battery pack is located under the middle-row seats; it gets charged up during braking as a part of a regenerative braking strategy, and it feeds the motors in the transmission at strategic times to maximize efficiency. 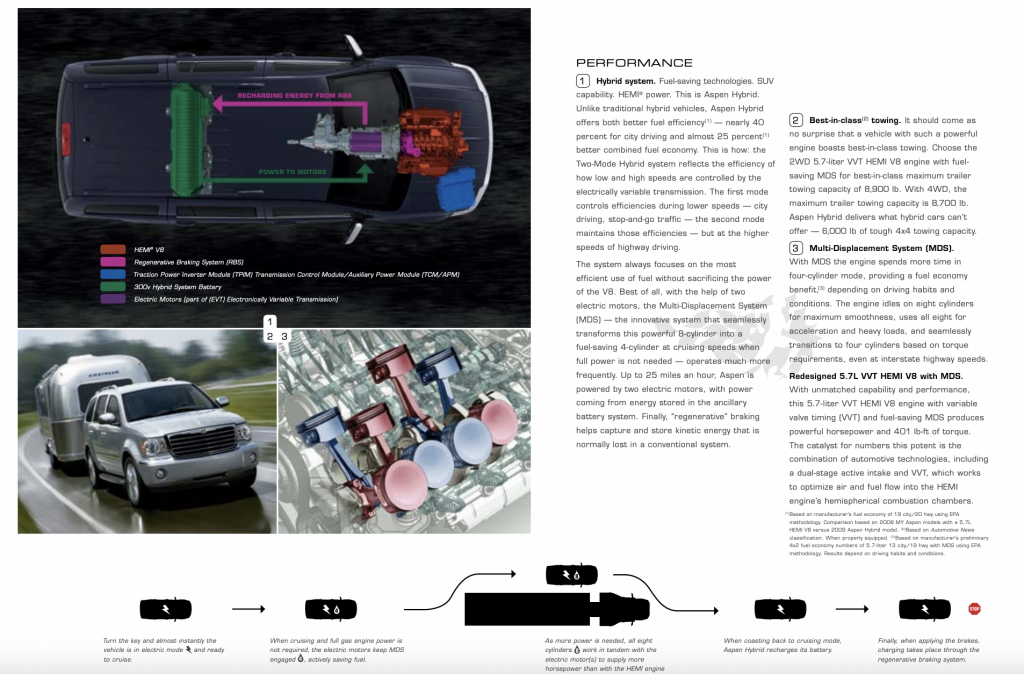 Those strategic times include at speeds under 25 mph, when the two 87 horsepower electric motors can actually propel the vehicle without assistance from the 5.7-liter Hemi V8. At other times, like during highway cruising, the Hemi can drop down into its Multi-Displacement mode, when it’s only running four cylinders, and receive torque assistance from the motors integrated in the transmission.

As a result of low- and high-speed electric continuously variable transmission (ECVT) modes, the system is defined as a “two-mode hybrid.” In addition, the sophisticated fuel-saving system incorporates four fixed-gear ratios for high efficiency and power-handling capabilities. During the two ECVT modes, the system can use the electric motors for acceleration, improving fuel economy, or for regenerative braking to utilize energy that would normally be lost during braking or deceleration. The energy is stored in the batteries for later use.

The system’s two modes are optimized for city and highway driving.

In the first mode — at low speed and with light loads — the vehicle can operate in three ways:

The two-mode hybrid provides all of the fuel-saving benefits of a full-hybrid system, including electric-only operation. In this mode, the engine is “shut off,” with the vehicle moving under electric-only power at low speed. The result is a significant reduction in fuel consumption in heavy stop-and-go traffic.

The second mode is used primarily at highway speeds. In addition to electric assist, the second mode provides full power from the 5.7-liter HEMI® V-8 when conditions demand it, such as when passing, pulling a trailer or climbing a steep grade.

The company dives into the control strategy, writing:

A sophisticated controller determines when the vehicle should operate in the first or second mode. Input from the controller determines the necessary torque for the driving conditions and sends a corresponding command to the engine and electric motors. The engine and electric motors transfer torque to a series of gears in the transmission, which multiply torque similar to a conventional automatic transmission to propel the vehicle. Unlike conventional continuously variable transmissions, however, the two-mode full hybrid’s electrically controlled system uses no mechanical belts or bands. Shifts between the two modes are synchronous — meaning no engine speed changes are necessary for the mode shift to occur — resulting in seamless accelerations.

The 300-volt battery pack provides electric power for the system, and is designed to fit in the vehicle without compromising passenger space. A rectifier located under the vehicle’s hood converts AC to DC, to power conventional 12-volt accessories, such as interior lighting, climate control and the audio system. The vehicle’s internal-combustion engine efficiently maintains the battery pack.

Here’s a look at the battery pack, per Green Tec Auto: 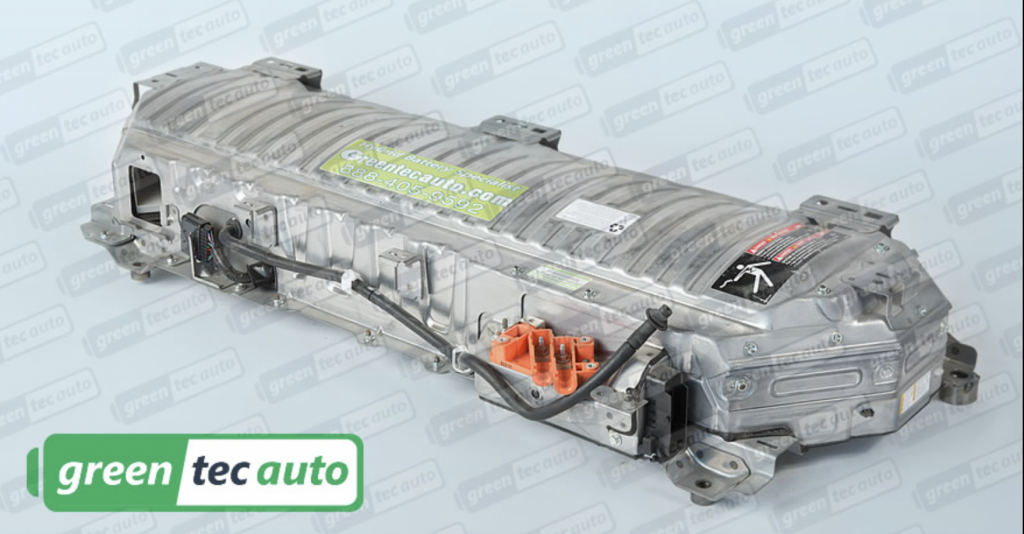 And here’s a peek at the transmission: 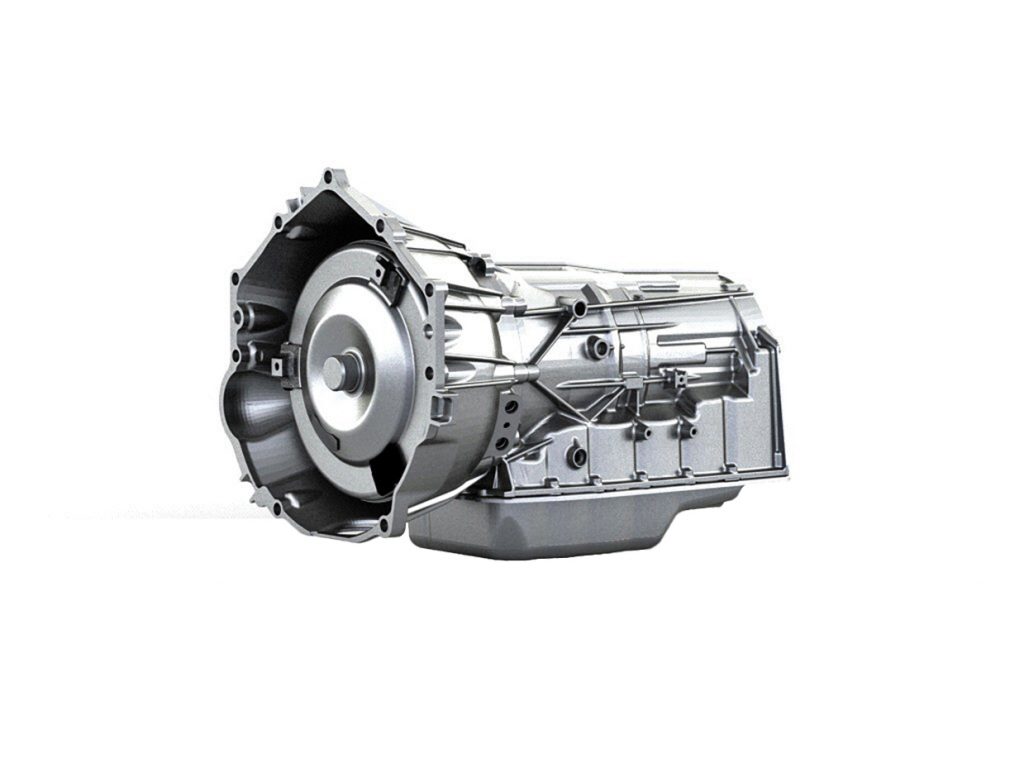 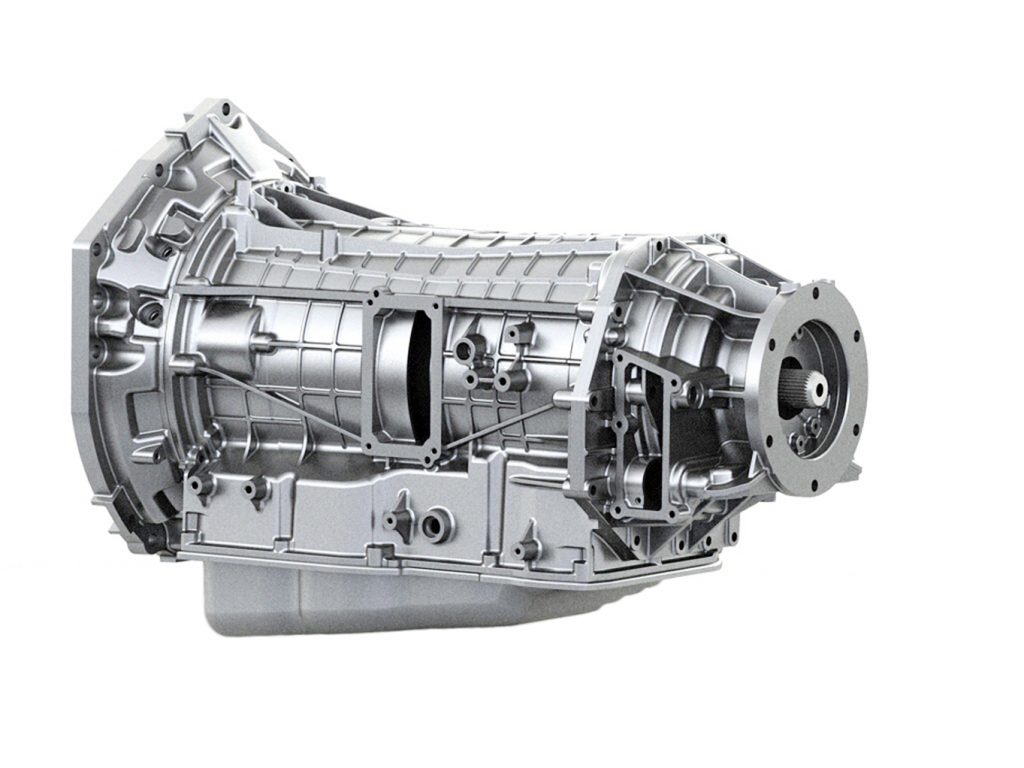 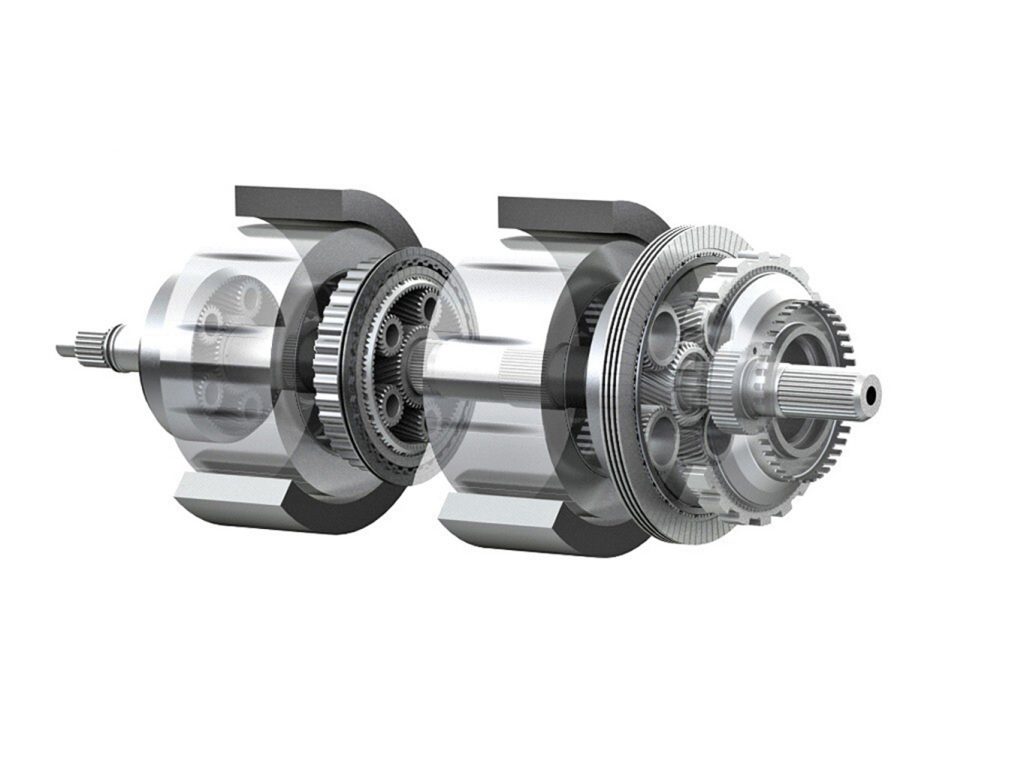 The system apparently works reasonably well, as the Aspen and its Durango sibling — both four-wheel drive and capable of towing 6,000 pounds — are rated at over 20 MPG combined. That’s a massive jump over even two-wheel drive non-hybrid Hemi models: 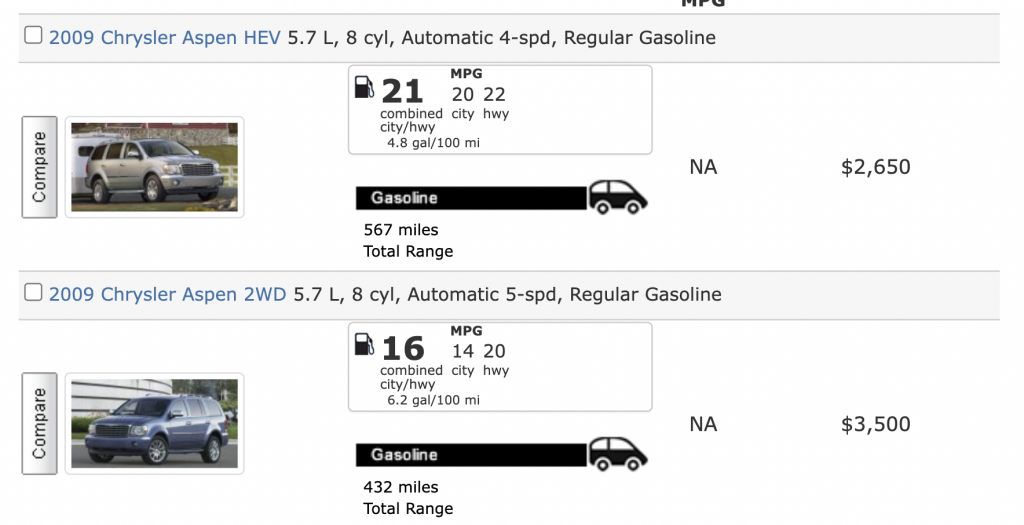 Only a couple hundred of these machines ever made it off the assembly line at the Newark Assembly Plant in Delaware, but that doesn’t mean there was anything wrong with them. It was really Chrysler’s bankruptcy that put the machine out to pasture, with the gentleman from Munro actually praising it, noting that he actually owns two, both of which regularly score over 20 MPG.

I was never a fan of the styling of either the Durango or the Aspen, but the hybrid models seem compelling. They’re big, comfortable, 390 horsepower, boat-towing beasts with a Hemi V8 under the hood and fuel economy over 20 MPG. That’s just awesome. 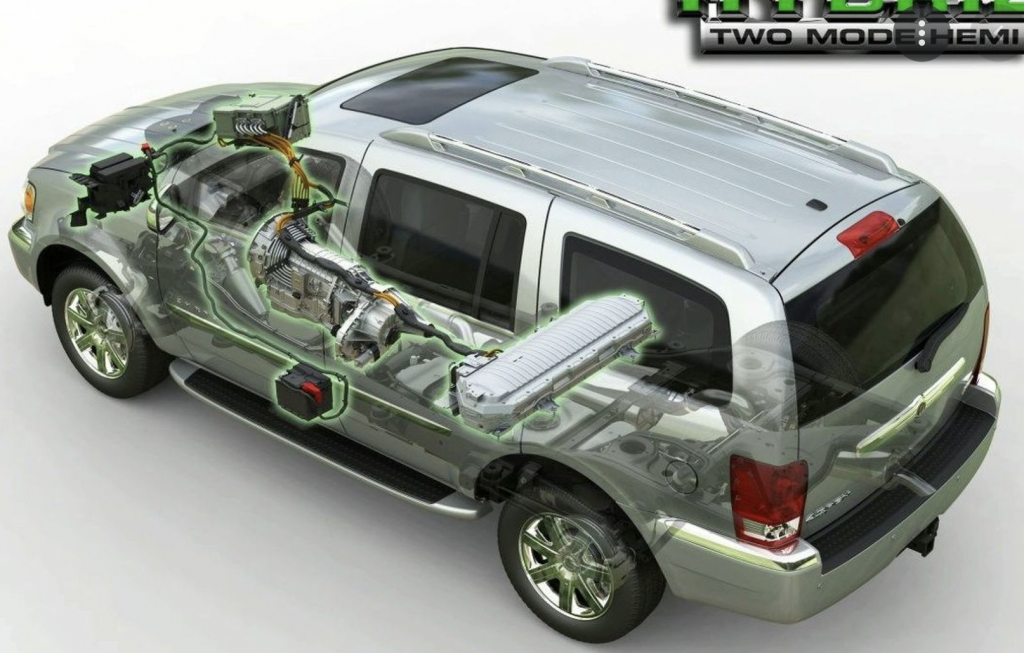 I’ll ignore what seems like nightmarish 12-volt battery placement (see above) and instead note that the Durango and Aspen featured a Watts-Link rear suspension that actually mounts to the differential cover! Check this out!

Man, I need a Durango or Aspen Hybrid. It’s a phrase I never thought I’d utter, but here we are.

Rust-loving Jeep man, cofounder and EIC of The Autopian, Jason's friend. Email: david@autopian.com
Read All My Posts »
PrevPreviousI Got To Check Out This Beautiful Douglas DC-3 That’s Back In The Air After Being Grounded By A Storm 13 Years Ago
NextWould You Rather Have This 400,000-Mile Volvo 850 Wagon Or This 300,000-Mile Ford F-150?Next