On today’s Shitbox Showdown, we’re looking at two cars with lots of miles. How many? A hundred thousand? Two hundred? Nope. Our two contestants have covered more than seven hundred thousand miles between them. Have they got enough life left to give to be worth it? We’ll see in a minute.

Well, color me surprised. I honestly expected the little Civic to walk away with this one. I know I’d really rather have the Buick, but I didn’t expect most of you would agree. But there it is. Just barely.

Now: I’m no stranger to cars with high miles. My Toyota is just about to hit 260,000 miles, and my truck is sitting at 208,000. I’ve had a Miata that was over 250,000, and a Nissan Pathfinder whose odometer broke and was replaced with a junkyard unit, but was somewhere north of 360,000 when we gave up and sold it (but it still ran and drove). High mileage, to me, just means a car has been good at its job, so it has been asked to do it a lot.

But at some point, you have to start to question how many more trips around the world a car has got left in it. And it’s not just engines and drivetrains, or body rust: My Toyota’s high-beam headlight switch is worn out, and the driver’s seat has almost no padding left. I’ve had plenty of cars whose keys could be taken out of the ignition with it running. These things may “run forever” if you take care of them, but at some point they stop being nice enough to bother fixing. Are these two cars at that point? Let’s take a look and see what you think. 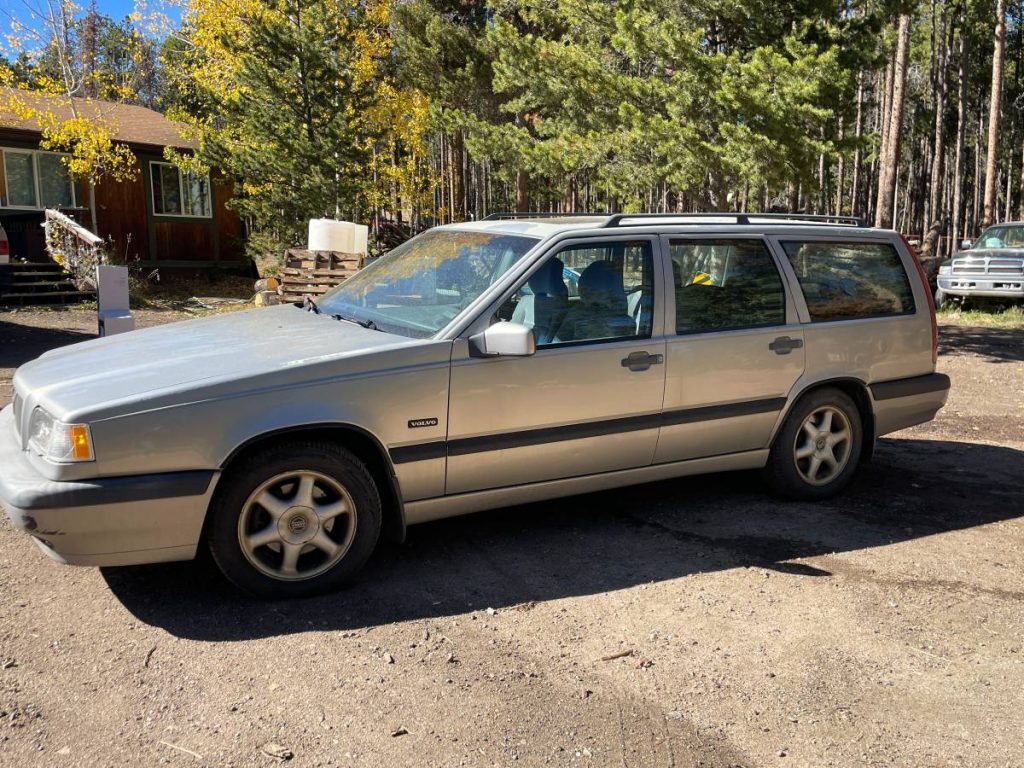 Volvos of a certain age have a reputation for durability. It’s not uncommon to see old 240s and 740s with a 2 or a 3 as the first digit of the odometer (when the odometer works). The old red-block engines just run and run, and the rest of the car wears like iron as well. I hadn’t heard the same reports of durability from the later front-wheel-drive 850 models, but it seems they are capable of racking up the miles as well. 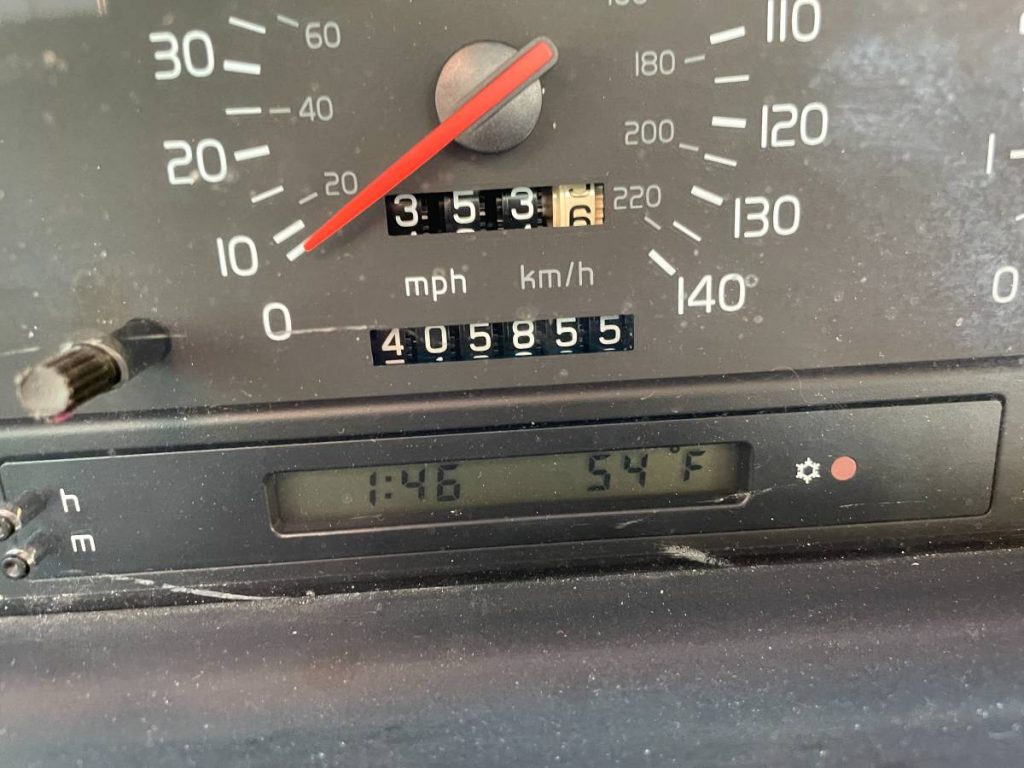 Yep, that’s right: Four hundred thousand miles. And frankly, for that many miles, it looks pretty damn good. There isn’t much visible wear inside, and the exterior looks clean and rust-free. If it has been a Colorado car all along, that makes sense; Colorado doesn’t use road salt. 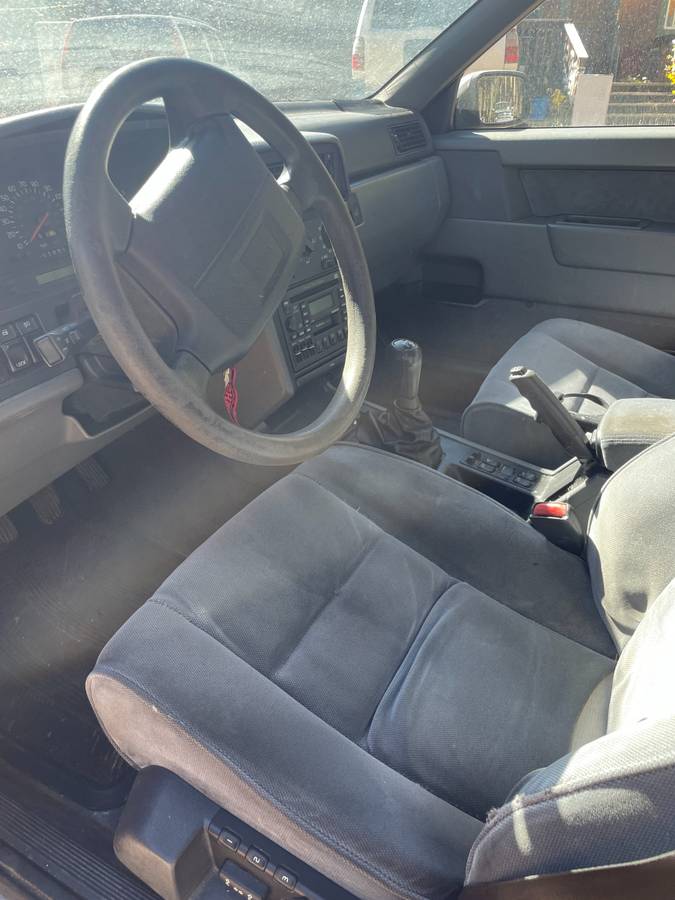 The seller says the car drives fine, but runs a bit rough. There is a list of recently-replaced parts in the ad, many of which should have cured rough running. But the one thing I don’t see listed is the catalytic converter. If the converter is plugged up, that could cause the rough running, and also make it fail emissions. New converters are available for around $400 from Rock Auto, which, if that cures the problem, makes this a pretty good bargain. 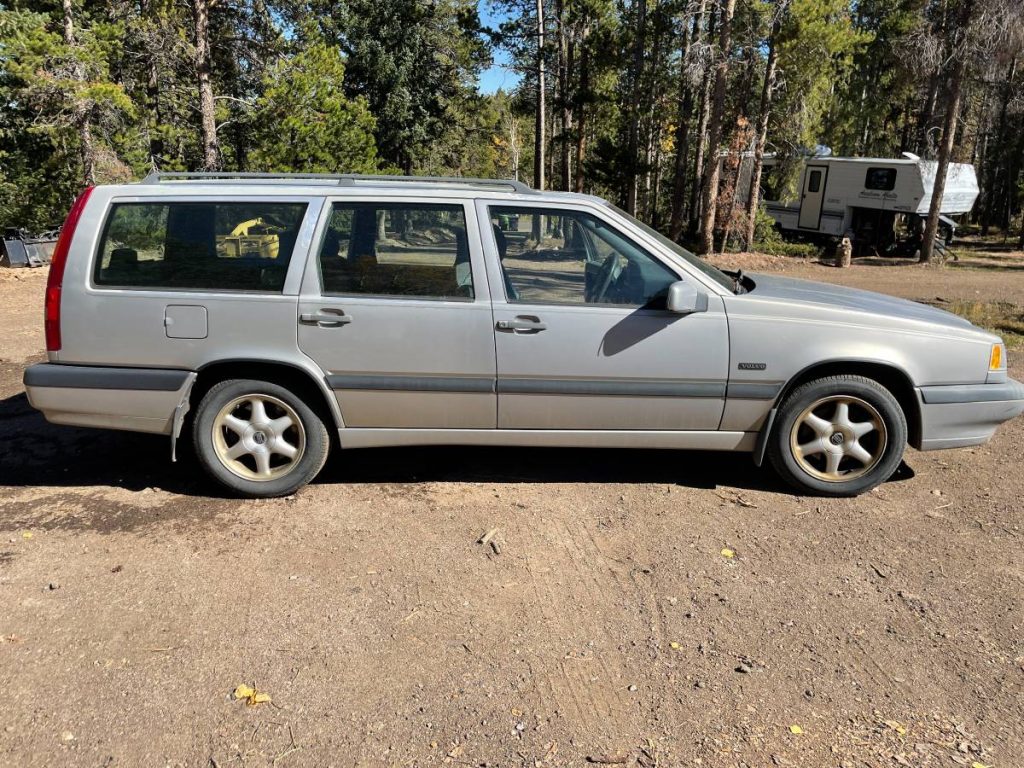 Of course, all those miles do take their toll on every part of the car. A good thorough inspection is a good idea, to uncover any hidden surprises. But it’s a cheap stickshift Volvo wagon, which is nearly universally a good thing. 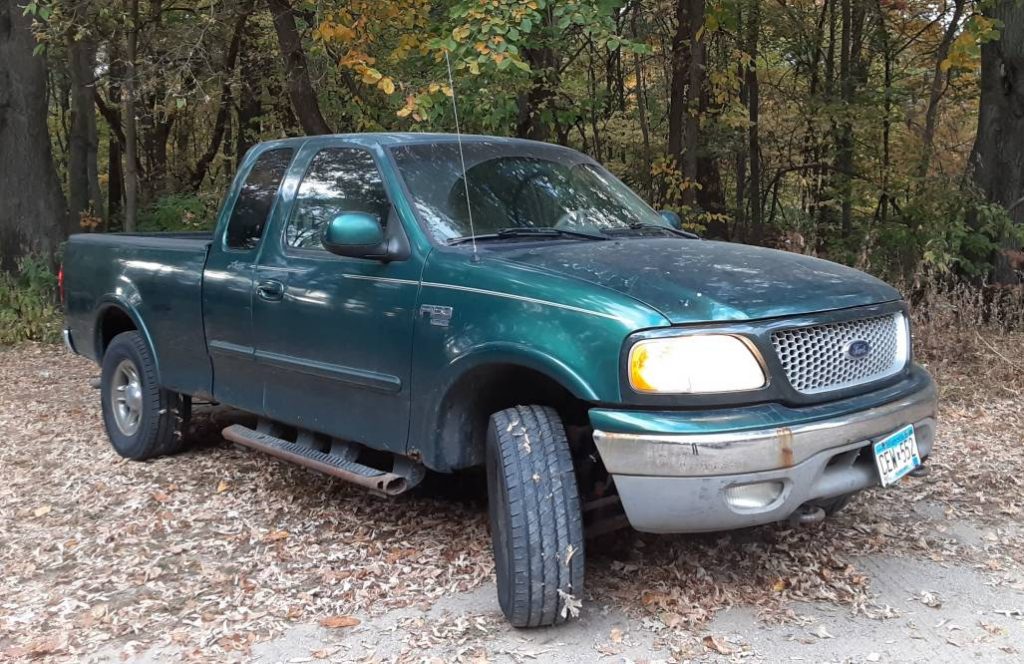 Here it is, the best-selling vehicle in America since, what, the Civil War? Ford sells a couple thousand of these things per day, and has for years. This tenth-generation F150 was a major redesign after sixteen years, to a softer look and a smoother, more car-like ride, as well as a more car-like interior. 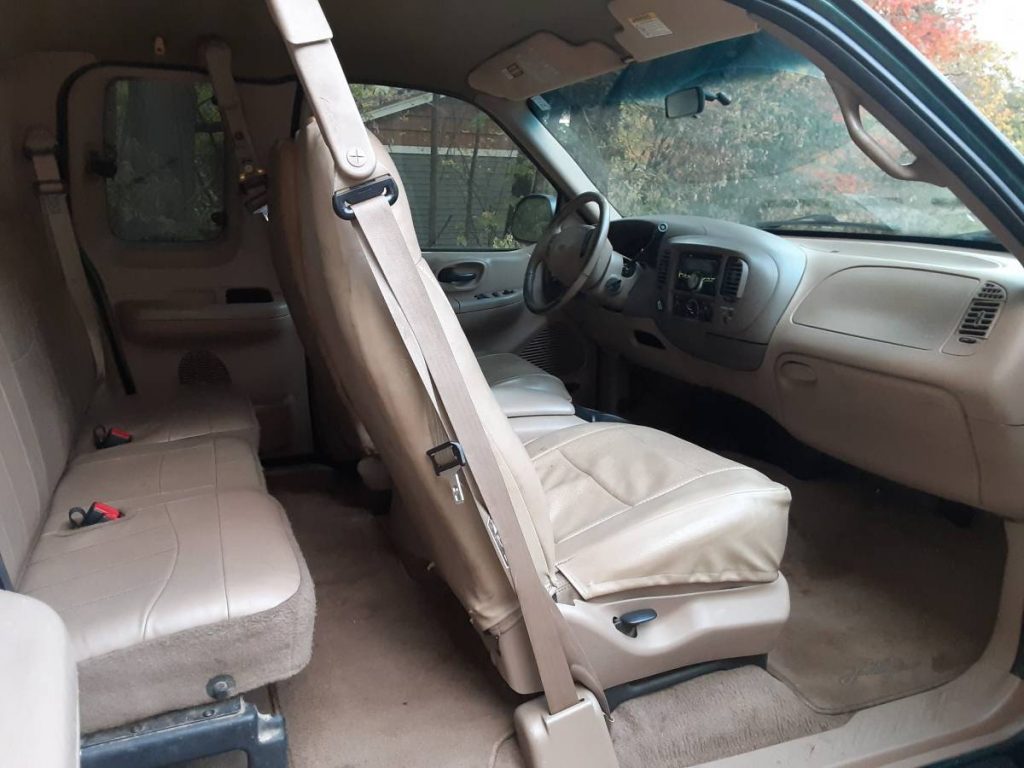 This is a 4 door truck, but the rear doors are “suicide” doors, opening at the front, with no center post between them and the front doors, similar to the Saturn Ion and SC coupes, and the Honda Element. These doors give a ton of access to the back seat, but are kind of a pain in the ass in parking lots, since the rear doors can’t be opened unless the fronts are open, so the doors themselves get in your way. 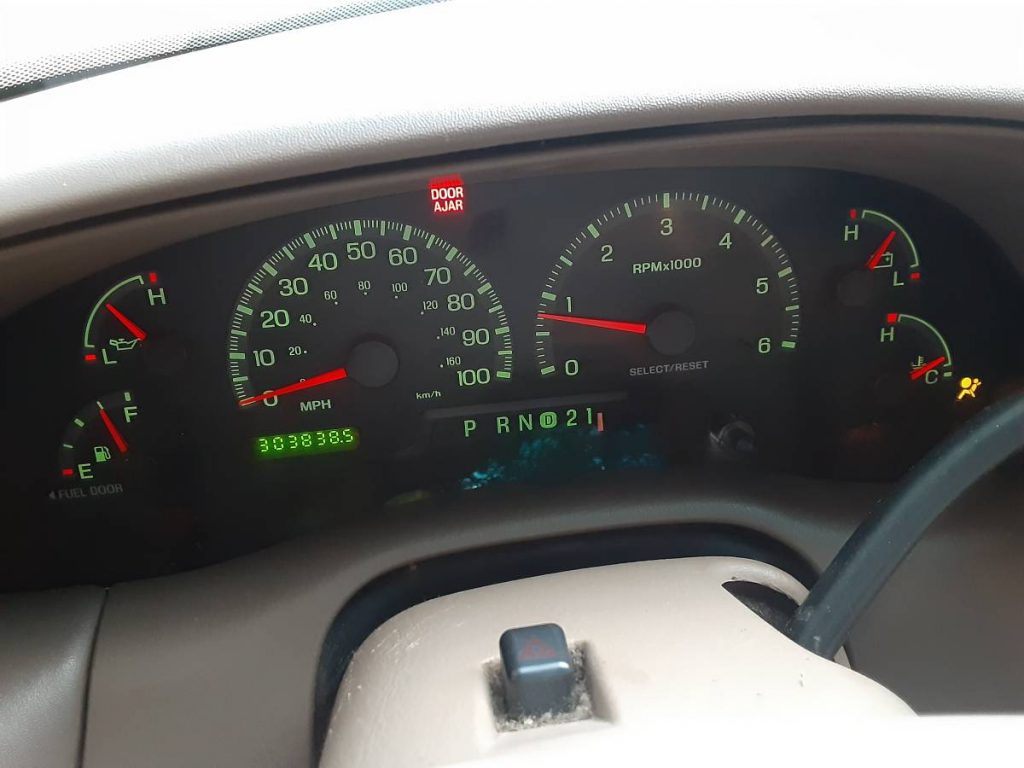 The Ford F-series has a good reputation for durability as well, as long as it has been well-maintained. This one has been in the same family since new, and has been worked hard, but well cared-for. The seller says it currently could use ball joints and brakes, but it runs and drives well as-is. 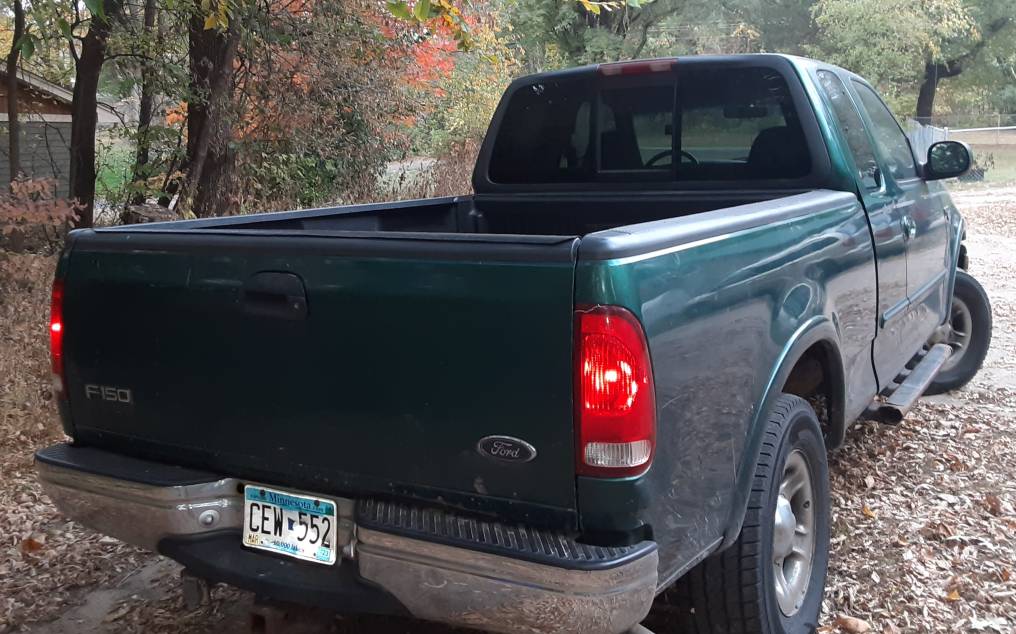 The “Minnesota weight reduction program” has been hard at work on this truck; the seller says the rocker panels are rusted away. But it’s cheap enough to not care about such things; you could use it as a winter beater with 4WD for a couple years yet.

Generally, I feel like high-mileage cars are a safer bet than low-mileage ones. Cars are meant to be driven, not left to sit around, and exercise is as good for them as it is for us. But at what point does “worn” become “worn out”? Both of these cars need a little work. Which one is more worth the effort?