Welcome back! Today it’s Two-Door Tu–er, Wednesday, because I completely forgot that I was supposed to feature these cars yesterday. (Hey, I’ve got a lot on my mind.)

Speaking of yesterday, let’s see where we ended up:

Looks like the Lincoln has it. Personally, I think I’d go for the Olds between these two, just for a little bit better gas mileage and a little bit less rear overhang, but as many commenters said, either one would do. Two nice cars that are actually worth the trouble; imagine that.

Today’s choices aren’t quite as nice, but they both run just fine, and they have both had a lot of recent work done. They don’t have much else in common besides the number of door handles per side, so it’s a bit of an odd matchup. I guess we’ll just have to wait and see what you all think after we look at them. 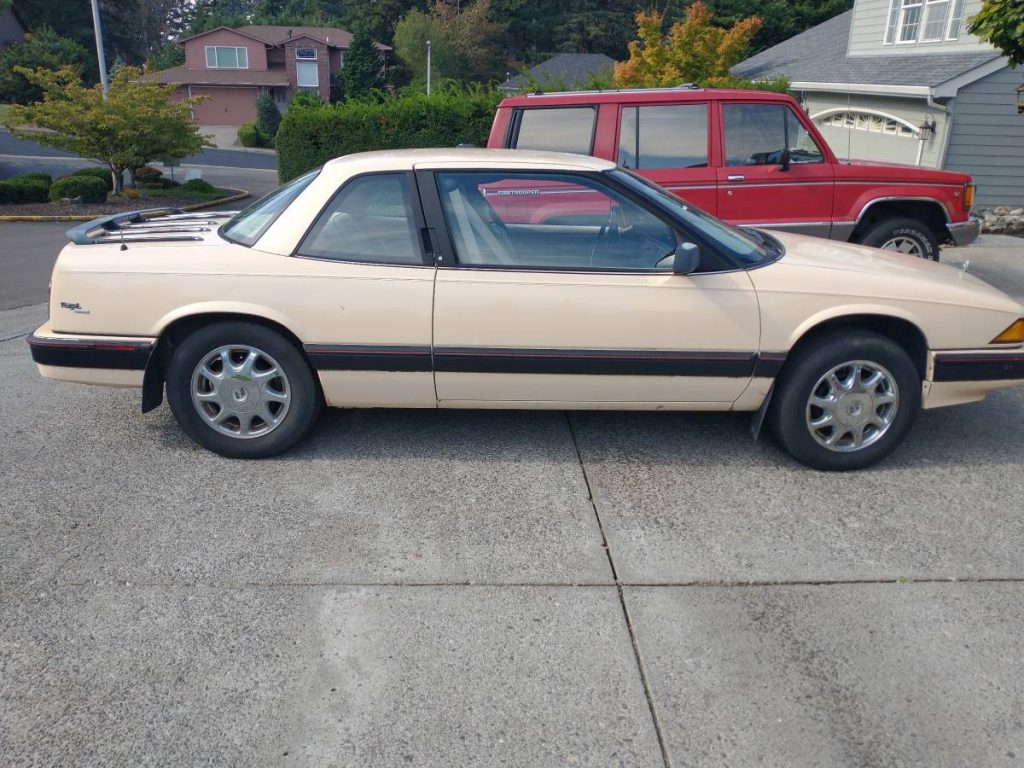 Fun fact: For the first couple of years, the third-generation Buick Regal, along with its W-body sister models the Oldsmobile Cutlass Supreme and Pontiac Gran Prix, were only offered as two-doors. I’ve always liked the door handle design of these, with a vertical handle hidden in the B-pillar. (I believe our friend Jason would categorize these as Class 2 handles, but oriented vertically.) A 4 door sedan joined the range in 1990, with traditionally-located and therefore far less interesting door handles. 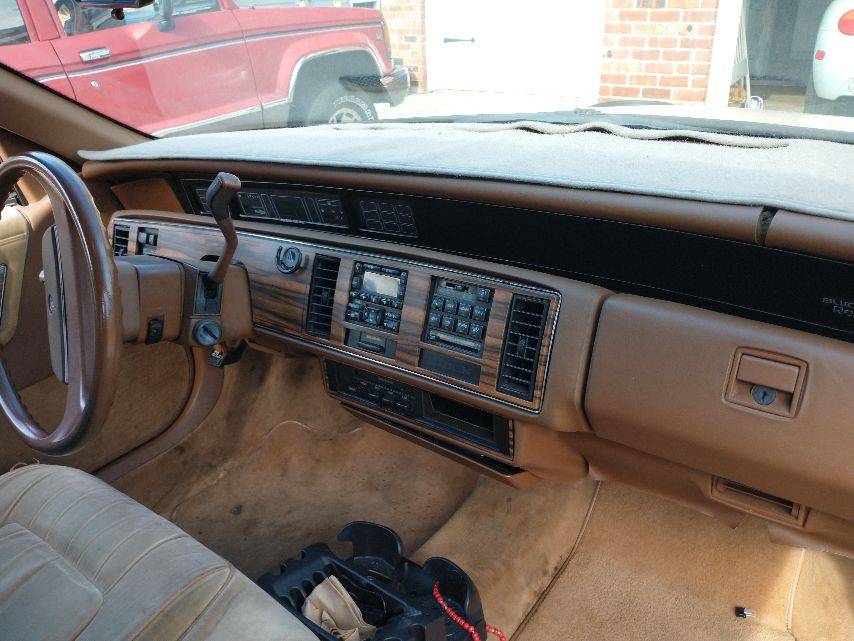 This early FWD Regal is a bit of a mishmash of new-for-the-time technology and very conservative elements: it has a digital dash and electronic climate controls set into a fake wood dash with a column-mounted shifter. It has GM’s multi-point fuel injected V6 mounted transversely and driving the front wheels, but retains the split bench seat of more traditional personal luxury coupes. 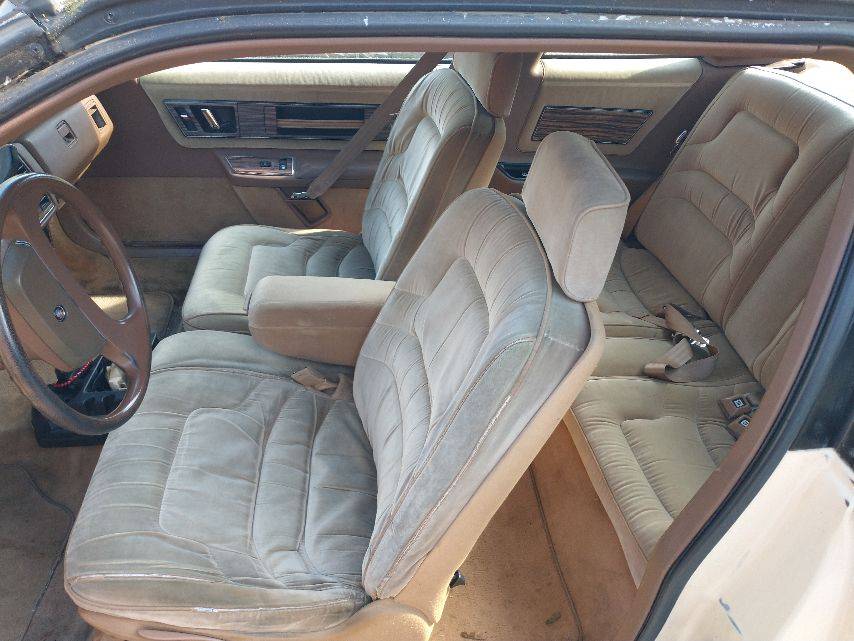 This Regal has fairly low miles, and it sounds like it may have only had one previous owner, who used it for short trips. The stereotypical “little old lady who only drove it to church,” I’m sure. The frequent short trips did it some harm, it sounds like, and some work was done to revive it: a new battery, new starter, and all six fuel injectors. A good old-fashioned “Italian tuneup” would probably do it a world of good; cars don’t like to sit, even cushy old-lady coupes. 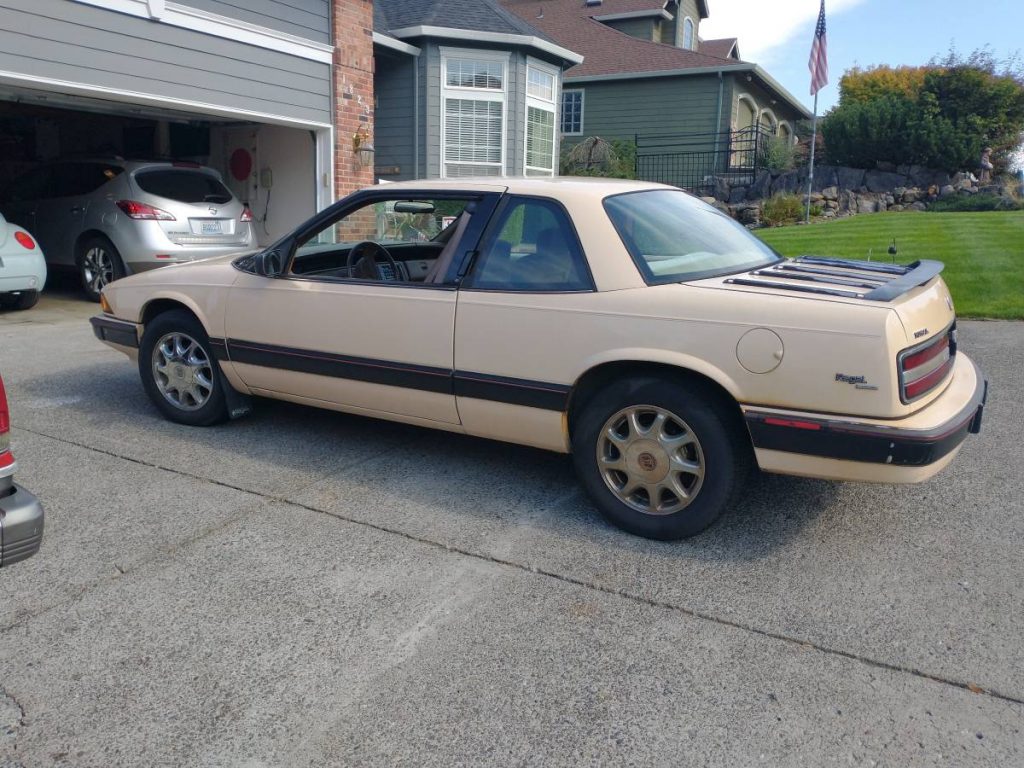 Cosmetically, it looks fine; the beige paint may not be to everyone’s taste, but I think it works on this car. And at least it still has all its paint, unlike a lot of American cars from its era which shed pigment in sheets. 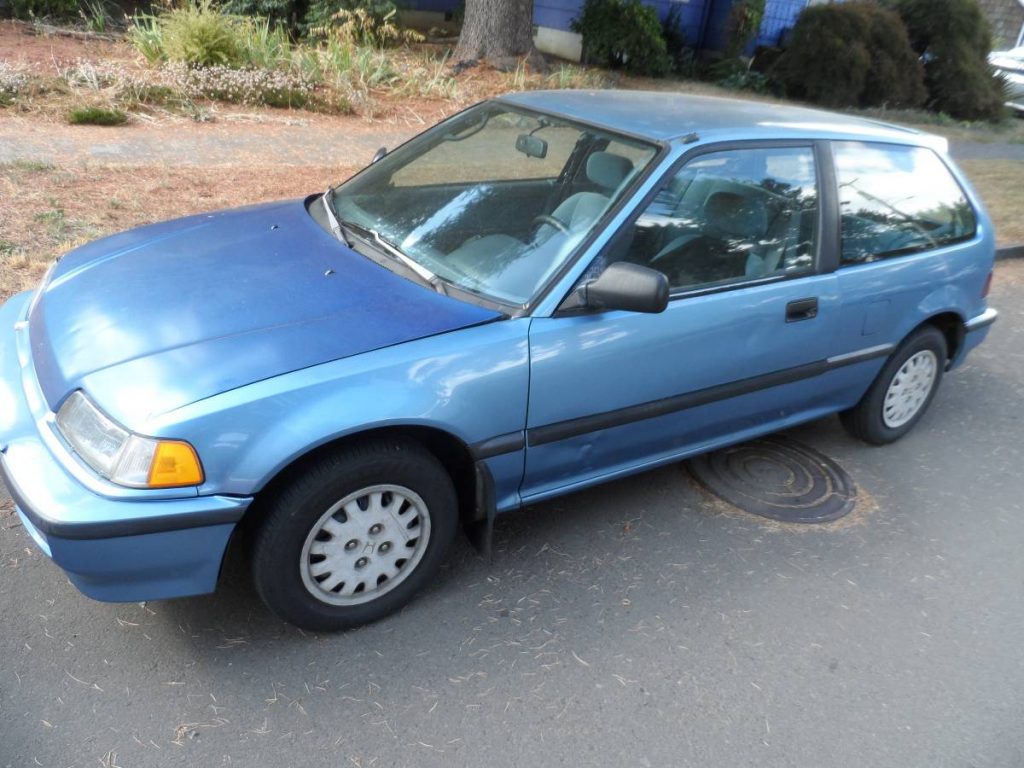 When was the last time you saw a Honda Civic hatchback of this generation that hadn’t been modified all to hell and back? Yeah, me too. The fourth-generation Civic got hit by the import tuner fad hard, and was well-suited to it, actually, with excellent handling from a far more sophisticated suspension system than it needed, sturdy construction, and an easy to work on and modify family of engines. Young tuners latched on, the aftermarket went nuts, and Civic hatchbacks (and CRXs) strayed far from the way they left the Honda factory. 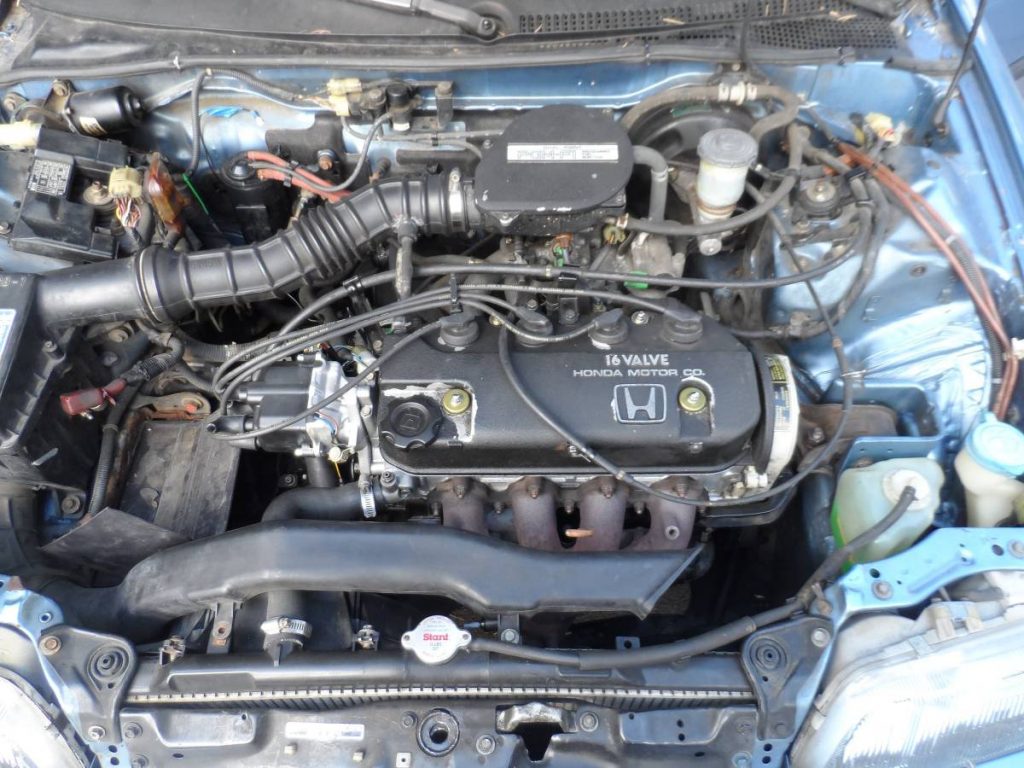 This Civic is the DX model, with a 1.5 liter engine putting out only 92 horsepower. There was an even more basic model, with 70 horsepower and a 4 speed manual, but I think I’ve only seen one of those ever. It doesn’t have power steering (not a big deal on a car this small and light) or air conditioning (a deal-breaker on a daily driver, for me at least, these days), but it will handle like a go-kart, and keep running until the end of time. It has had its cylinder head rebuilt recently, along with lots of other work, and the seller says it’s ready for anything. 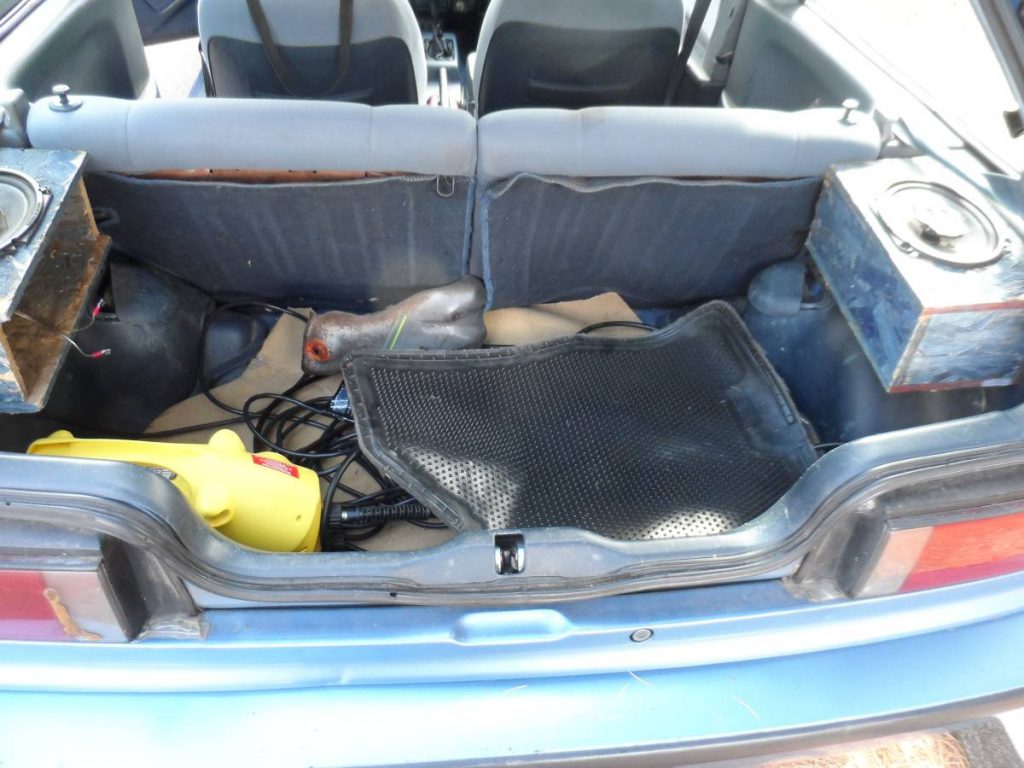 The only modification I can see, if you can call it that, are the plywood boxes someone added in for aftermarket speakers. I can’t fault anyone for that – good tunes are a must-have in any car with a less-than-melodic exhaust note. 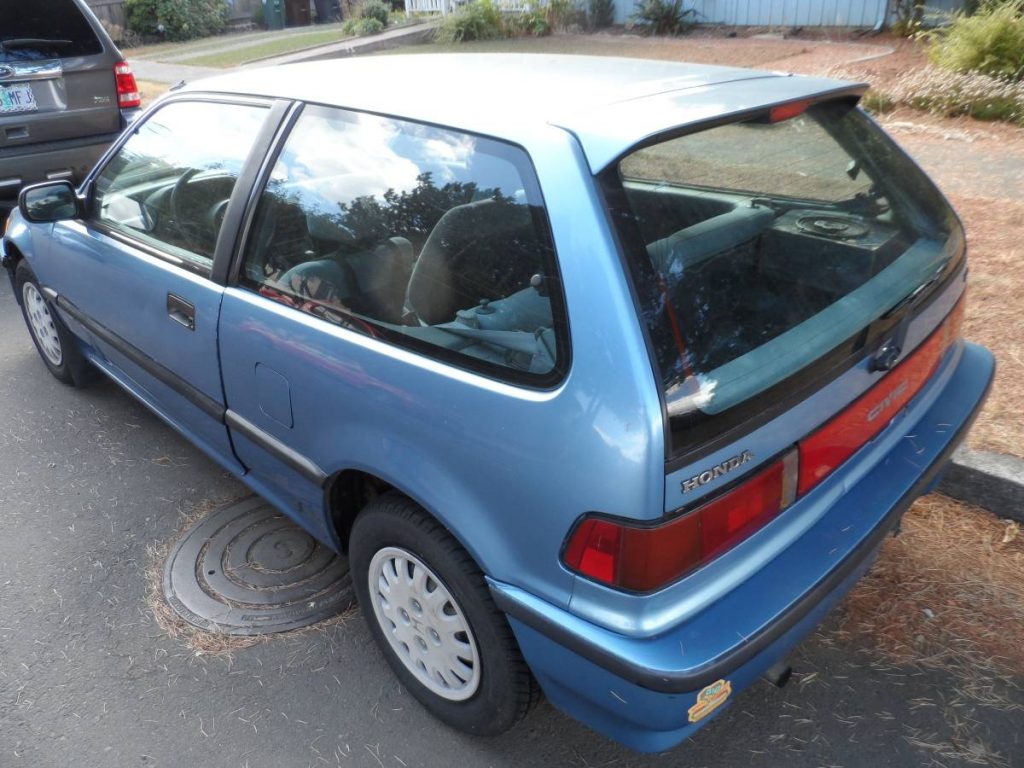 The rest of the car looks scruffy but honest, like you’d hope a car with nearly a quarter-million miles on it would. This could make someone a nice little commuter, or a good basis for a fun little project. It’s stock now, but that doesn’t mean it needs to stay that way. And if you did want to mess with it, you won’t find many more chances at one that hasn’t been messed with already.

They’re very different cars, not really comparable, but both have some appeal. I guess it depends on what you’re expecting from a car. So what’ll it be?