Welcome back! Today we’re asking an important question: What’s wrong with being comfortable? But before we can do that, we need to finish up yesterday’s stickshift sedans:

Another lopsided one. But I guess I’m not too surprised: the siren song of all that horsepower in an unassuming-looking sedan is hard to resist.

Now then, to new business: David wrote an article yesterday detailing his desire to fight his body’s natural want for comfort.

It may be because I have an eighteen-year head start on David in choosing cool fun vehicles over practical comfortable ones, but from my viewpoint — within a stone’s throw of half a century old — comfort is something I have earned. I’ve done my time going eighty miles an hour in a Miata with the top down, and bouncing along over potholes in a Pathfinder on all-terrain tires, and sweltering in a non-air-conditioned Scirocco in the heat of a Chicago summer, the backs of my thighs cooked medium-rare on the black vinyl seats. I’m done. I have my MG and my truck if I want to relive my glory days of rough noisy “cool” cars; for the daily grind I want cushy seats, soundproofing, and air conditioning that will keep a side of beef fresh.

The way to find comfort, as in so many other pursuits, is to seek out the wisdom of those older than you. In terms of cheap transportation, this means elderly-owned cars. I’ve found two of them for us to look at, both from the Sacramento area, and thankfully neither with a vinyl top. 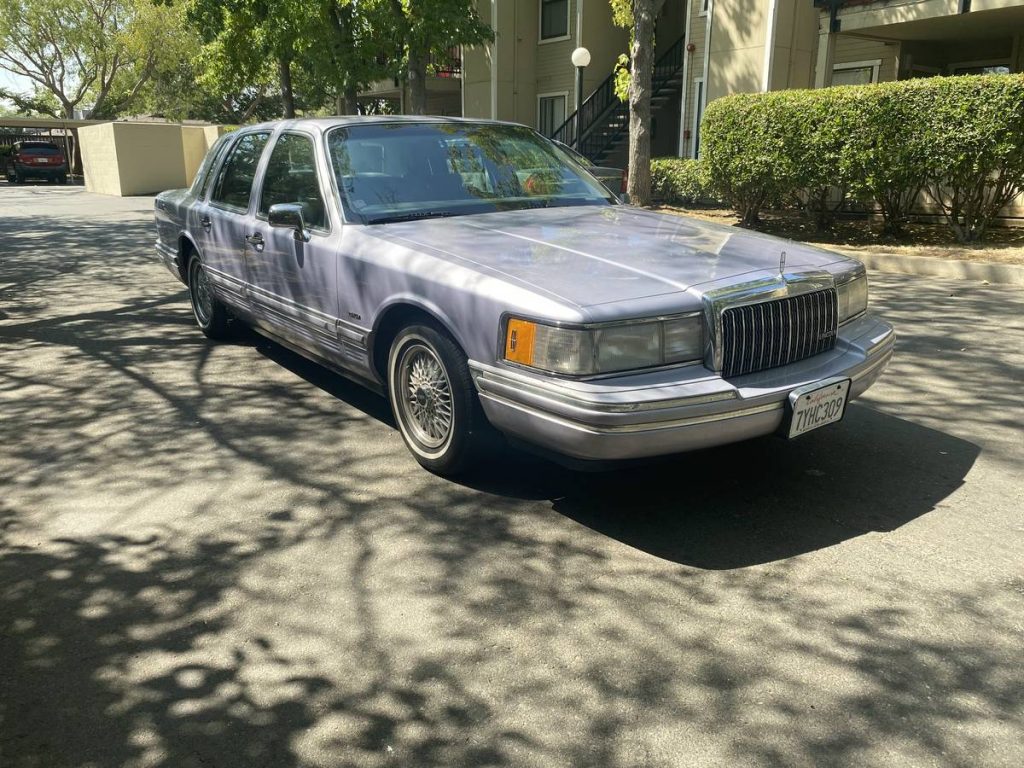 Lincoln’s big sedan was softened and modernized in 1990, in a classic example of aerosion, and in the process became a much more attractive car. It still rode on Ford’s big rear-wheel-drive Panther platform, upgraded with air suspension and four wheel disc brakes. Starting in 1991, the Town Car was powered by Ford’s “Modular” 4.6 liter single-overhead-cam V8, which would go on to power zillions of Crown Victorias, Mustang GTs, pickups, and vans. But it got its start right here in the Lincoln Town Car. 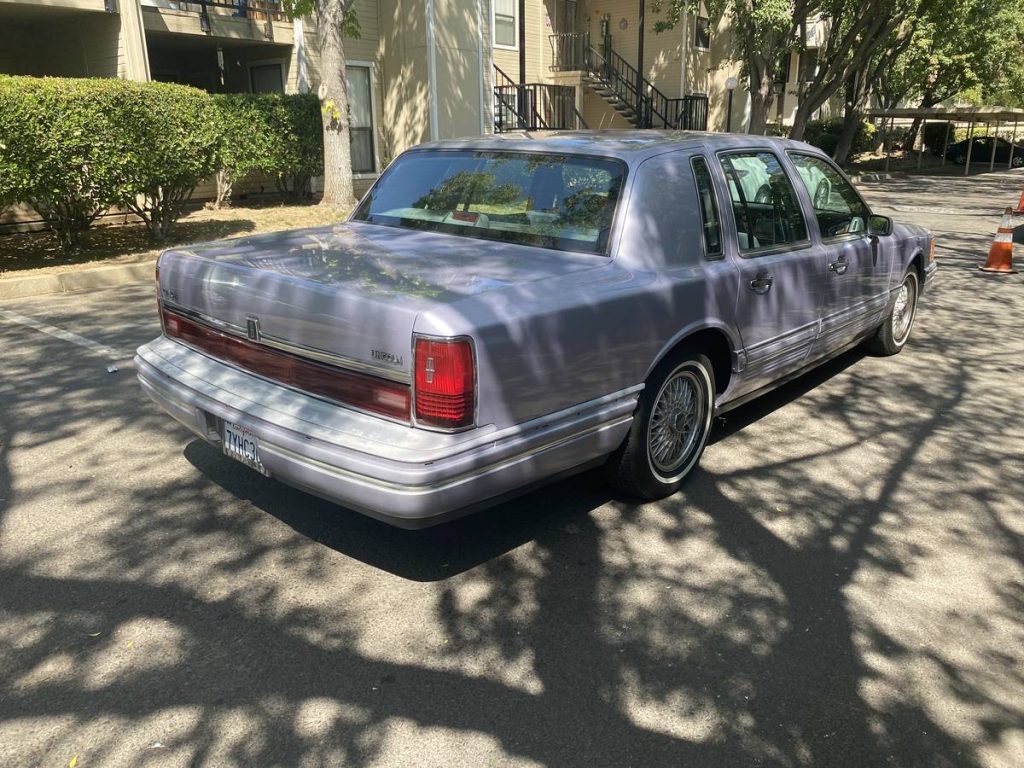 The ad for this Town Car doesn’t give us much to go on; all we’re given is that it has new tires and a new battery, and that everything is “up to date.” One would hope that the seller has records to back that up, but I wouldn’t count on it. 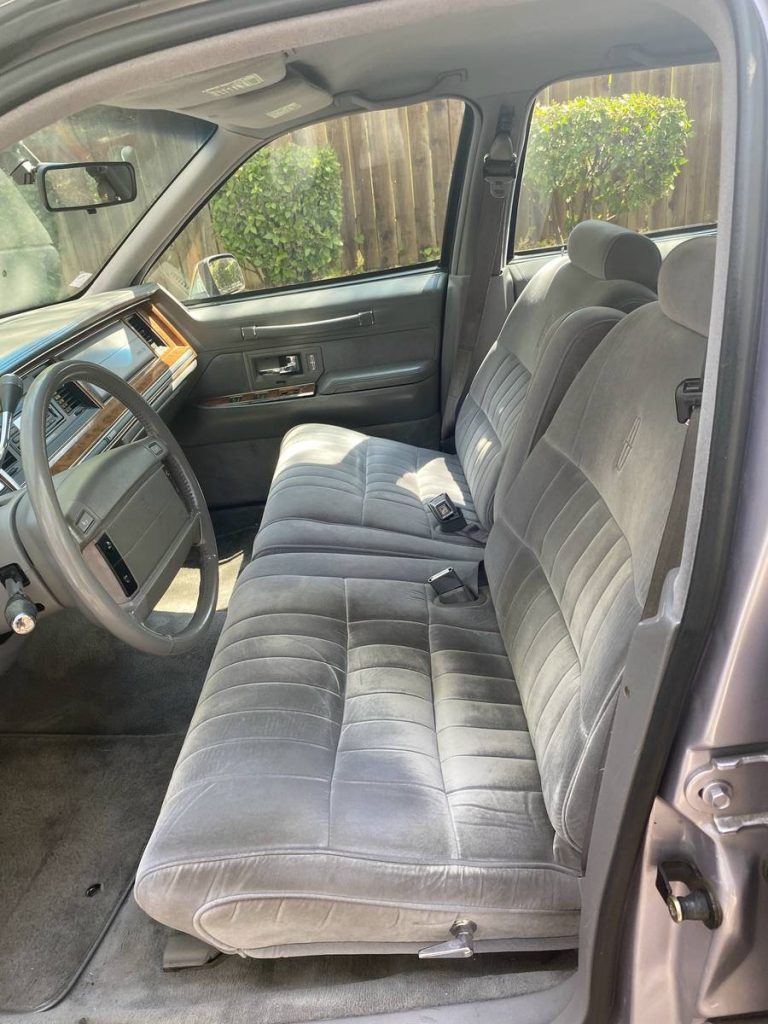 But judging by the photos, this car looks like it’s in good shape, and quite original, which is nice to see. It even still has the original stereo with a tape player. Break out your Tony Bennett’s Greatest Hits and sing along! 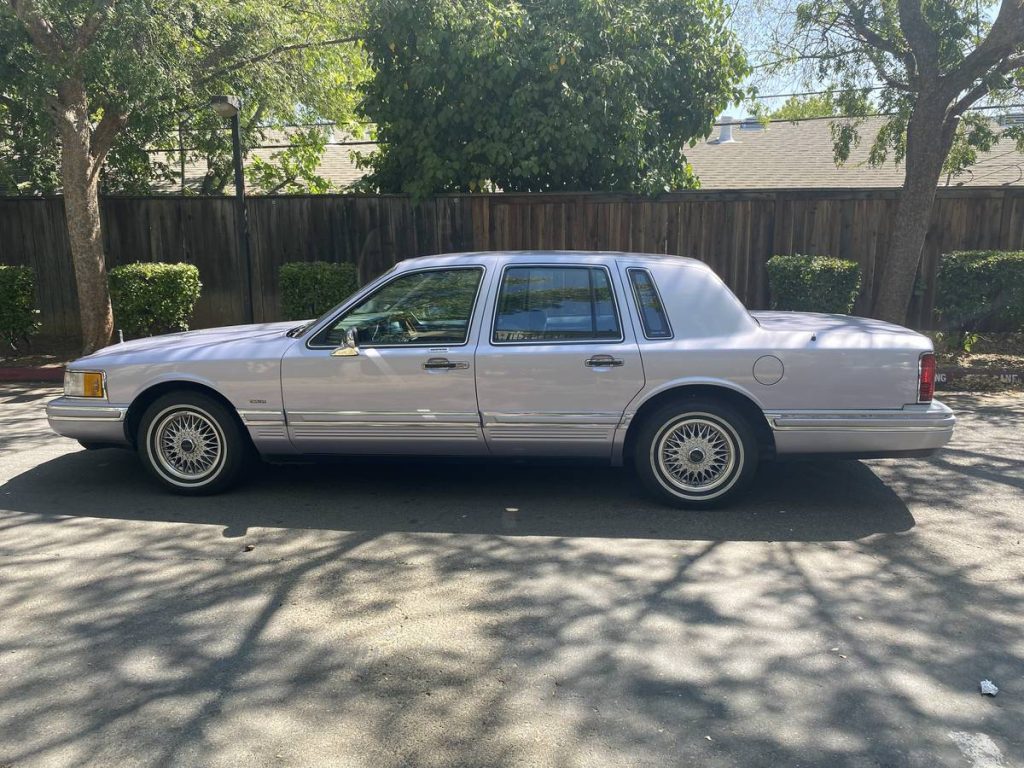 This wouldn’t make a bad daily driver at all, I don’t think. It’s comfortable, reliable, and the gas mileage isn’t great, but it isn’t atrocious either; twentyish miles per gallon looks like the norm. The biggest problem I can see is the size: This car is a foot and a half longer than the Coupe DeVille I used to drive, and that thing was ponderous in parking lots. 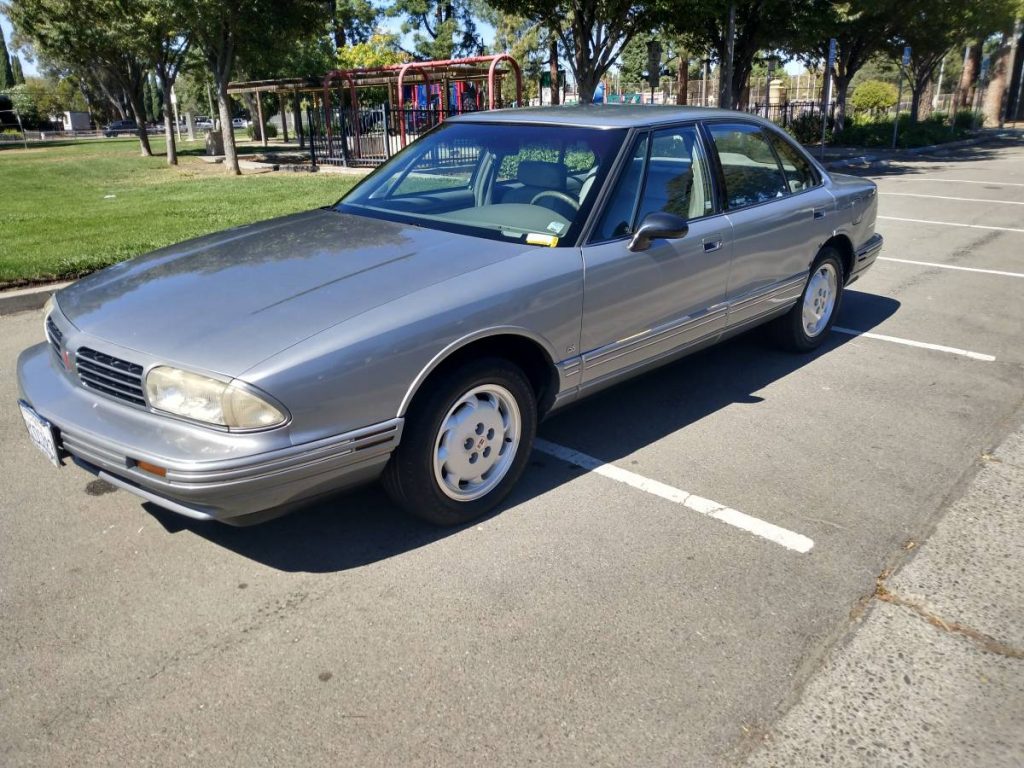 Oldsmobile’s big Delta 88 sedan switched from rear-wheel-drive to front-wheel-drive in 1986, and dropped the “Delta” from its name in 1989, becoming the “Eighty Eight.” In this form, it went through two body designs, but was powered by only one engine: the legendary Buick-sourced 3800 V6, available only (of course) with an automatic transmission. 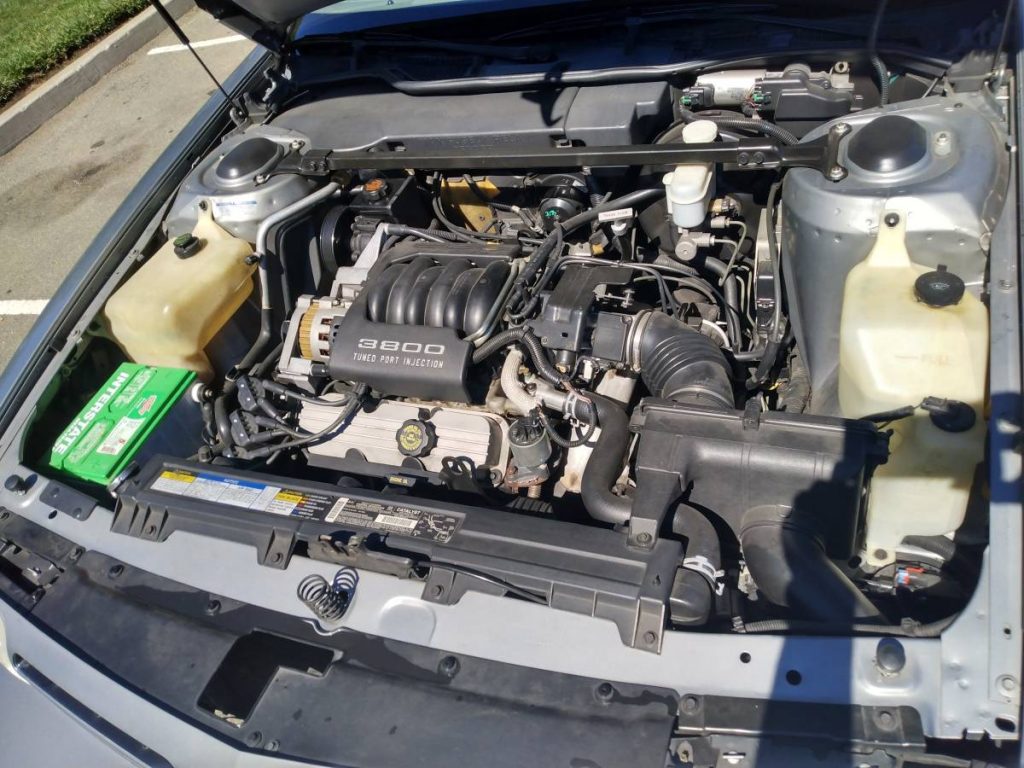 This Eighty Eight, from after the 1992 restyle, is an LSS (Luxury Sport Sedan) model. In later years, the LSS gained the supercharged 3800, but as far as I can tell, in 1994 it only meant bucket seats and a center console, a little bit firmer suspension, and maybe a little less chrome. Oldsmobile never could decide if they wanted to be sporty like Pontiac or luxurious like Buick, and ended up trying to do both at the same time. 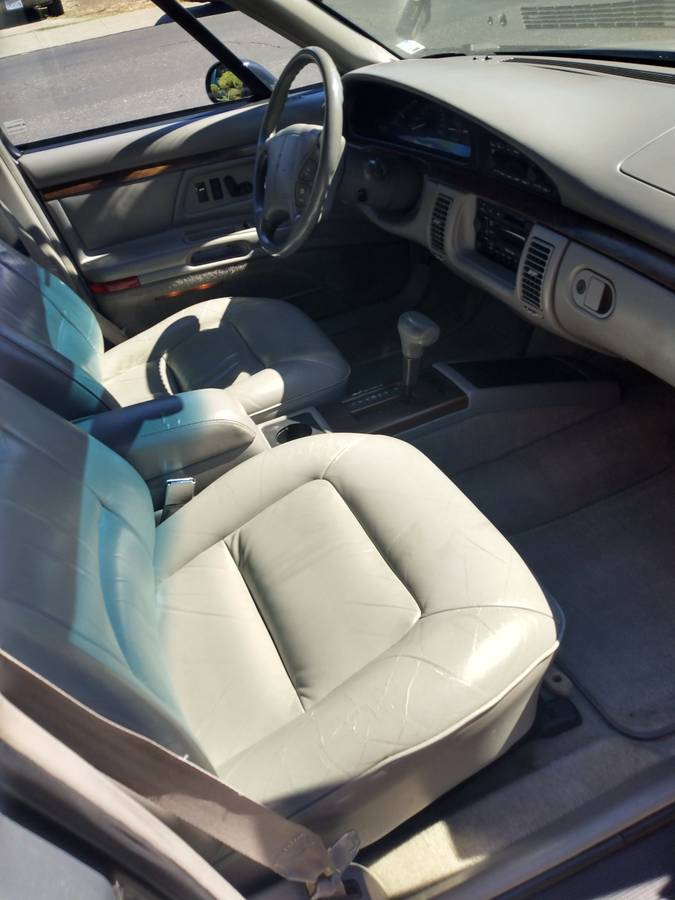 This car has a lot of miles, but appears to be in excellent shape. It’s a one-owner car, with records going all the way back, and the seller says it must be driven to be believed. You hear that line a lot, so take it with a grain of salt, but it does look like a really nice car. 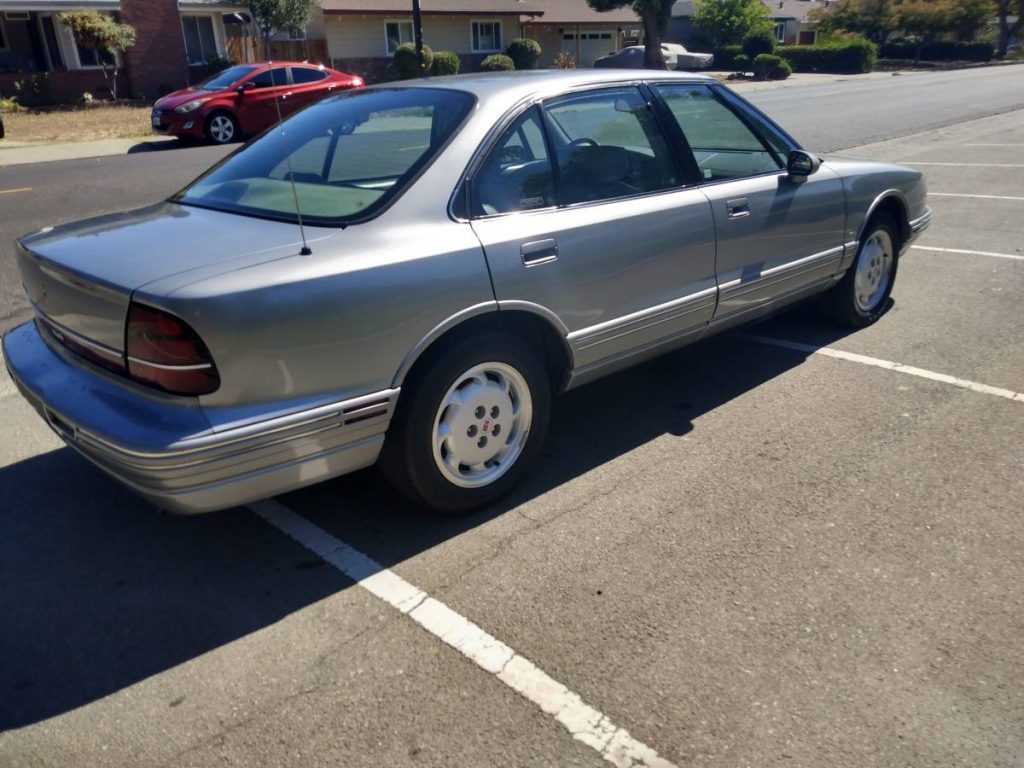 It’s a handsome machine in general, too; I’ve always liked the Oldsmobile version of the H-body better than the Buick (too stodgy) or the Pontiac (too plasticky). The 3800’s crown has become a little bit tarnished as the years and miles go by, but it’s still an excellent engine, and if this one has been kept up as well as they say, it should have some life in it yet.

Cool cars that are difficult to drive are still cool, and always will be. But sometimes a guy just wants to sit back in a comfortable seat, turn on some music, and isolate himself from the traffic a bit. We’ve got two good options to do just that. Which one is the one for you?