“How does someone with 10 cars decide which one to drive?” isn’t that interesting a question on the face of it. Obviously, practical considerations like “Which car is in the best shape?” and “Which is easiest to get out of the driveway?” play a role. Plus, people naturally choose the right car for the right conditions. If I’m heading out to the country, I’ll drive my Jeep J10 pickup; if I’m going off-road, I’ll drive my lifted Jeep XJ; if I’m cruising Woodward Avenue on a Friday night, it’s the ’66 Mustang; if it’s wintertime, I’ll drive my $700 beater Suzuki; if a long road trip is in order, my comfy Grand Cherokee will do the job. You get the idea. But reframe the question to ignore these practical considerations, and instead ask: “If you just have to quickly do an errand around the corner, and you’ve got your 10 keys right there, which one do you pick?” and things become a lot more interesting.

I get the question all the time, and for years I’ve always answered: “I just choose whatever I feel like driving.” And that’s true. When I consciously pick which vehicle I’m going to drive, I usually snag the keys to my Jeep J10 or my old Mustang. If I haven’t driven one of my other cars for a while, I’ll fire it up and cruise just to enjoy that novelty. Really, I choose based on what’s going to make me happiest that day.

But usually, the car I drive somewhere isn’t actually a conscious choice. Sometimes I have to rush to the post office or to meet a friend or to some kind of work function; in those instances, the “What car will I enjoy most?” consideration never enters my mind. I’ve got stuff to do; I just need a working car — I don’t care which one. But my body does.

This is a bit weird, and it’s only something I noticed because my unconscious choice is in direct opposition to my conscious choice, and if I’m honest, it didn’t take me long to figure out why.

My Hand Would Always Reach For The Lexus Keys 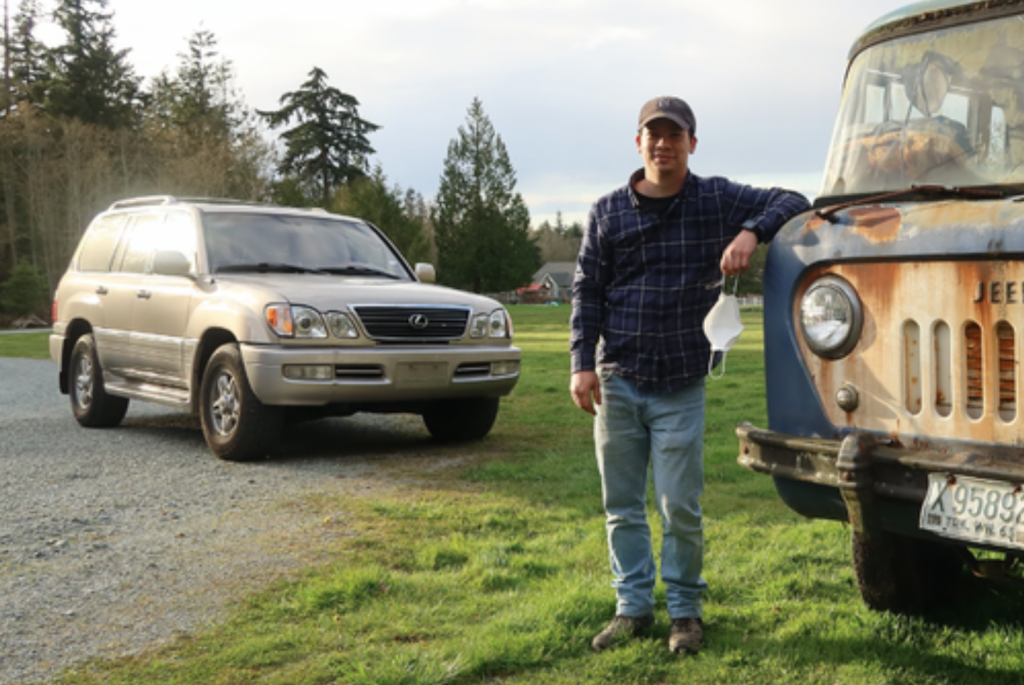 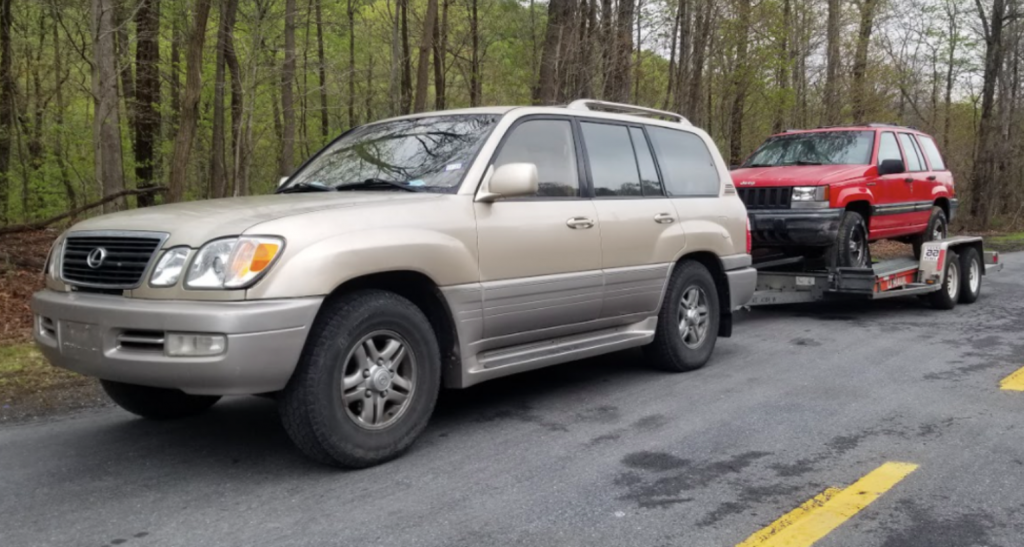 It all began last summer (the season during which my entire fleet is fair game to drive, as there’s no salt on the roads to worry about). A few months prior, I’d purchased a 2002 Lexus LX470 (see above). It’s a big, gas-guzzling luxury SUV that I really bought to act as a tow vehicle for a cool Jeep FC-170 project, and to serve as a winter beater. Relative to the rest of my fleet, it was boring, to the point where I would later go on to replace it with a 1965 Plymouth Valiant (see below) — a decision that would lead a reader to buy me a Chrysler Valiant ute in Australia, which led to all sorts of weirdness that I’ll write about soon). But once the summer came, there was really no reason that I would continue driving that Lexus. And yet I did. 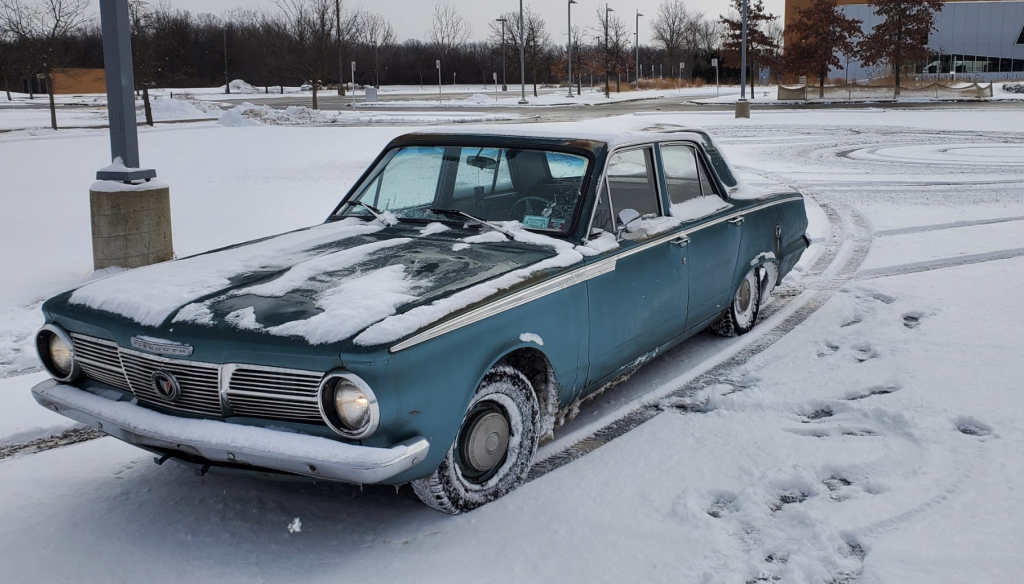 To be clear: When it was a wide open weekend, and I had some time to consider which car to drive, the Lexus keys stayed in the house. But when I was conducting an errand, or running late to something, I noticed that at least 75 percent of the time, I’d grab the Lexus keys. Statistically speaking, given that I had 10 cars, this didn’t make sense.

I didn’t come to this realization until a few months in, when I was running late to a party at a Jeep-friend’s house, hopped into my Lexus, fired up the buttery-smooth 4.7-liter V8, shifted the four-speed slushbox automatic into reverse, and then remembered that all my friends at that party were Jeep fans. “What the hell am I doing in this car?” I remembered thinking, as I “came to” from whatever haze had overcome me and had put me in that leather driver’s seat so many times that summer. I ran into the house, grabbed my Jeep J10 keys, and shifted through that lovely four-speed stick all the way to the shindig. It was great.

As I mentioned before, I’ve sold the Lexus LX470, but there’s still a vehicle that I spend the vast majority of my time subconsciously choosing to drive to run basic errands — my 1993 Jeep Grand Cherokee. There’s something about the Lexus LX and the Grand Cherokee that pierce into my subconscious and nudge my hand towards their keys. But what is it? I’ve been fighting this for a while now, but the truth is that I know the answer: It’s comfort.

But I Am Not A Lexus Man

I know; on the face of it “man tends to drive most comfortable car” hardly seems like a revelation, but since when do I give a damn about comfort? I don’t! I daily drove my 50 year-old Plymouth all of last winter! I drove a Postal Jeep halfway across the country (see above)! I off-roaded the crap out of a 1958 Willys FC-170 (see below) and got trenchfoot sleeping in the back of that Lexus.

I swam in the Baltic Sea after sleeping in a diesel, manual Chrysler Voyager; I’ve put myself through wrenching hell far too many times; I’ve driven in some of the worst road conditions with the worst traffic you’ve ever seen. I value soul and character and excitement, not comfort. I stay in cheap hostels, not fancy ones. I eat burgers, not caviar. I live in a shack in Troy, Michigan. I just spent weeks wrenching on a $900 rusted-out shitbox in a spider-infested garage in Australia.

But something deep inside my brain is at war with my conscious self. It yearns for cushy suspension, leather seats, and an isolated cabin devoid of road or wind noise. It doesn’t care about my taste in cars; it doesn’t care which features I find interesting or boring; it doesn’t care how much I enjoy rowing a manual transmission. It wants to minimize all amplitudes — sound, vibrations, jerky drivetrain motions — all amplitudes.

And that’s an entirely normal physiological tendency. When a jackhammer is flattening dirt on one side of the street, you’re likely to cross over and walk on the other. When your shopping cart wheel has a flat spot, you’re probably going to grab another cart even if it’s no easier to push. If there’s traffic outside your apartment, chances are you’ll shut your windows. Humans like quiet, and we like still. That’s just how we’re built, and I’ve realized that these parts of my nature exist regardless of how much I love soulful cars.

Of course, this leads to the question: “Should I follow what my body clearly wants, and buy something comfortable?” I think the answer is “no.” I don’t see why I would do that. I sold my Lexus because, even though it’s supremely nice to drive, I just don’t value that aspect of any car. The Lexus is still a boring, inefficient, expensive-to-maintain, only moderately off-road capable SUV. I appreciate it for its excellent reliability and its quiet cabin, but at the end of the day, the cars I choose to keep is a conscious choice, and my conscious self says “To hell with comfort, bring on the soul. Ditch the Lexus.” 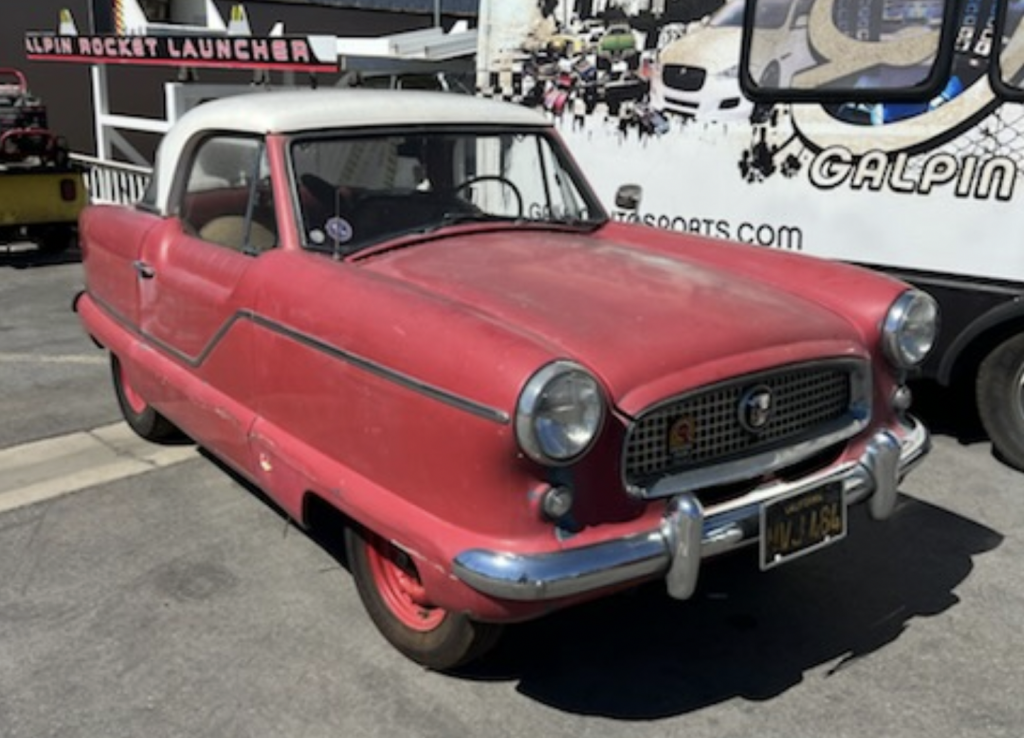 For this reason, I’ll be daily-driving an air conditioning-less 1958 Nash Metropolitan in LA soon enough. If I owned something newer and cushier, I bet I’d regularly find myself behind the wheel of it. But the fact that I don’t means I’ll get to enjoy bouncing on that beautiful red bench seat and listening to the buzz of that tiny British motor. Perhaps my taste will begin to fall in line with my subconscious desires, but until then, I plan to enjoy some of the coolest cars the world has to offer.

Rust-loving Jeep man, cofounder and EIC of The Autopian, Jason's friend. Email: david@autopian.com
Read All My Posts »
PrevPreviousMake Your Local Drift Event Significantly More Absurd With This Ford Mustang-Powered Zimmer Golden Spirit
NextWhy Some Planes Still Run On Leaded Gas And Why That Might Finally Come To An EndNext