Good morning! On today’s Shitbox Showdown, we’re following David Tracy’s excellent used car shopping advice and looking at a couple of “ugly sticks“: cars that you wouldn’t look twice at with an automatic, but which become palatable (if still not exactly desirable) when equipped with a manual.

You all weren’t shy about expressing your distaste for Friday’s projects, that’s for sure. But let’s see how the voting turned out:

Yeah, I think that’s the way to go. I see where the builder was trying to go with the fake Bugatti, but it’s just not right. The wood-bodied Beetle is at least an original design, and pretty far along, and I still think the wood is meant to be used as a mold for fiberglass, which would let you re-make body panels as needed. Or even sell kits!

OK, fine. If those were too far out for you, perhaps you’ll feel more at home with a pair of nice safe four-door sedans. I’ve recently accepted a new day job, and while it’s going to be a huge positive step otherwise, my commute distance is going to more than double. I fear my poor little $500 Corolla is going to get used up in short order. I’m not in a position to replace it now, but I’m keeping an eye on what’s out there. These two strike me as the sort of car I should be looking for: a little newer, a little nicer, but still economical, and still manual. Let’s take a peek at them. 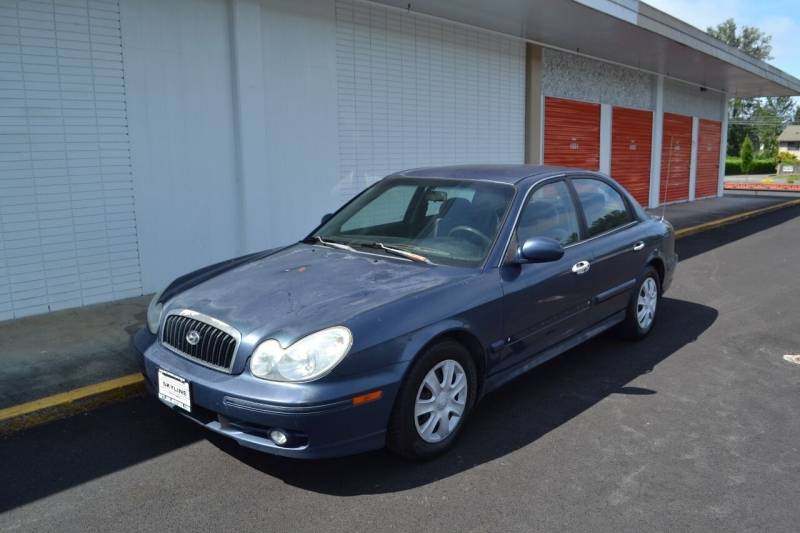 Hyundai’s styling and design department has hit a couple home runs recently, but it’s important to remember that they got where they are by hitting dribbly little grounders that snuck by the second baseman. This fourth-generation Sonata was just about the Korean carmaker’s most adventurous design to date. The result is… not a pretty car, even if you try to take artsy shots of it from across the street, as this dealer apparently has done. 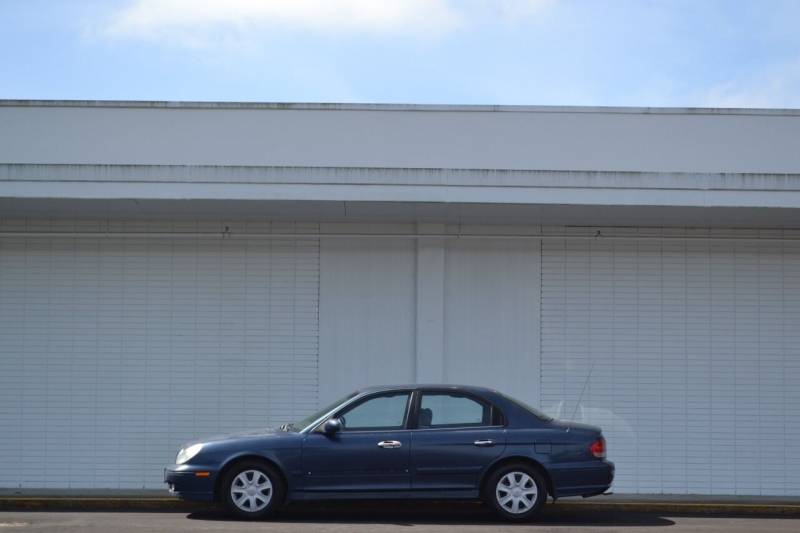 Pretty or not, Hyundai’s reliability and build quality were much improved from the bad old Excel days. It’s still no Camry, but this generation Sonata seems to enjoy a fairly good reputation. Manuals appear to be really rare in these: I only found one review in my quick search that mentioned a manual. The 2.4 liter inline four is still a Mitsubishi design; it has a timing belt and is an interference engine, so a timing belt change should be the first order of business unless they have a receipt saying it was changed yesterday. 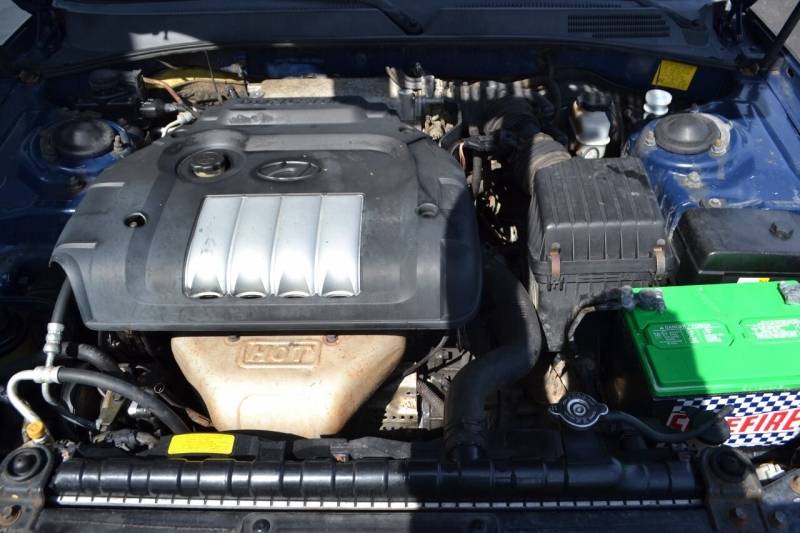 This Sonata looks all right otherwise, with some missing clearcoat and mismatched trim on the outside, but no big damage. Inside it looks fine as well, though I do want to know what that aftermarket gauge is, and why they feel it’s necessary. The upholstery looks like it has held up well, and while it’s not as fun as the fabric in some older Hyundais, which looked like they were covered in confetti or maybe donut sprinkles, it does have an interesting herringbone pattern to it. 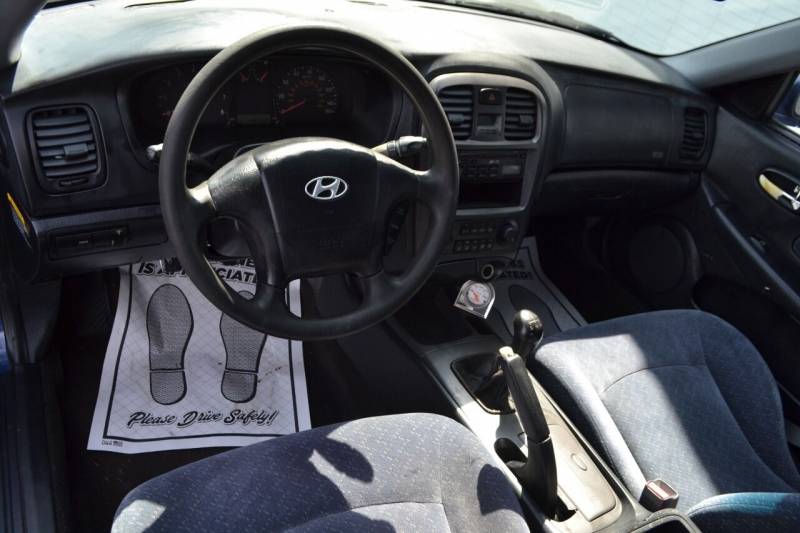 Overall, this car looks like it would be fine transportation for a couple years, but not offer many thrills along the way. But hey, at least it’s not beige. Or an automatic. 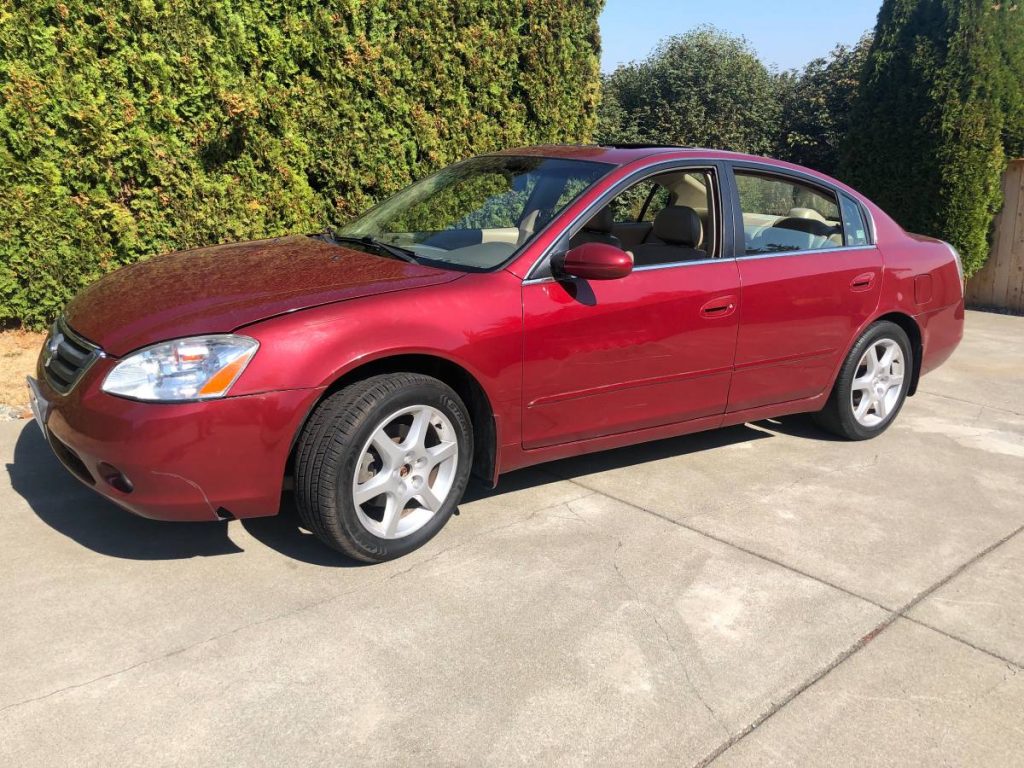 Come on; you knew we had to get around to a third-generation Nissan Altima eventually. Few inexpensive cars are more maligned, not because of what they are, but because of how they get treated. A value when new, with better than average performance and durability, Nissan’s Altima sedan has become a fixture of buy-here-pay-here used car lots, and can be commonly seen on American freeways with deeply tinted windows and minor body damage, passing on the right at 80 mph on a donut spare. 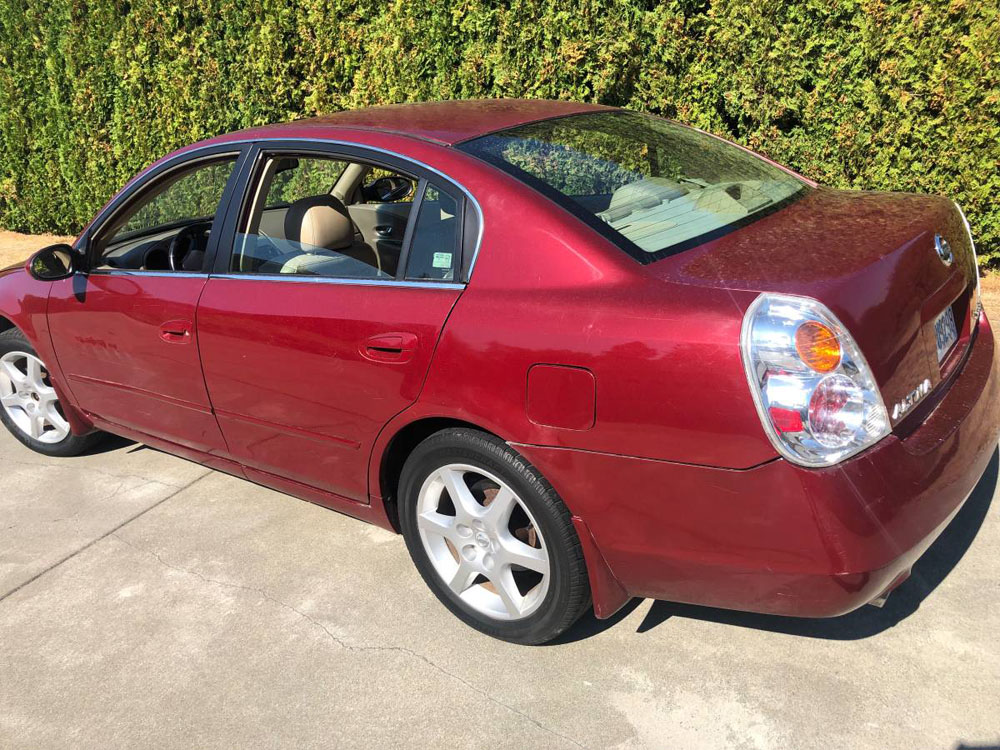 But it wasn’t always like that. The Altima launched to great fanfare and critical acclaim in 1993, and was praised for its civilized road manners and good performance. Nissan highlighted its smoothness and build quality by copying Lexus’s “wine glass” and “ball bearing” advertisements. But the second generation Altima was utterly forgettable (go ahead; just try to picture what one looks like) and the third gained a reputation as a cheap horsepower machine. 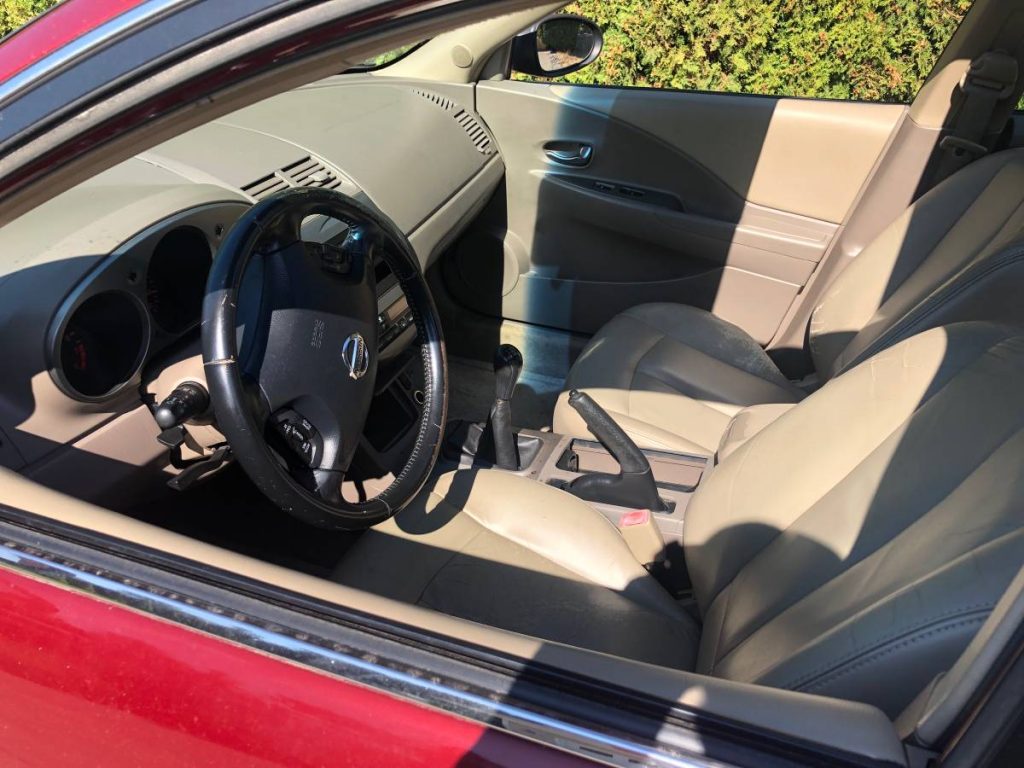 Well, that reputation isn’t wrong, especially not here: this Altima is powered by Nissan’s VQ35DE dual-overhead-cam V6, cranking out a whopping 245 horsepower and 246 lb-ft of torque, almost unheard-of in this size and class of car in its day. And this one sends its power to the front wheels through a rare five-speed manual. This car will get down the road just fine, thank you. 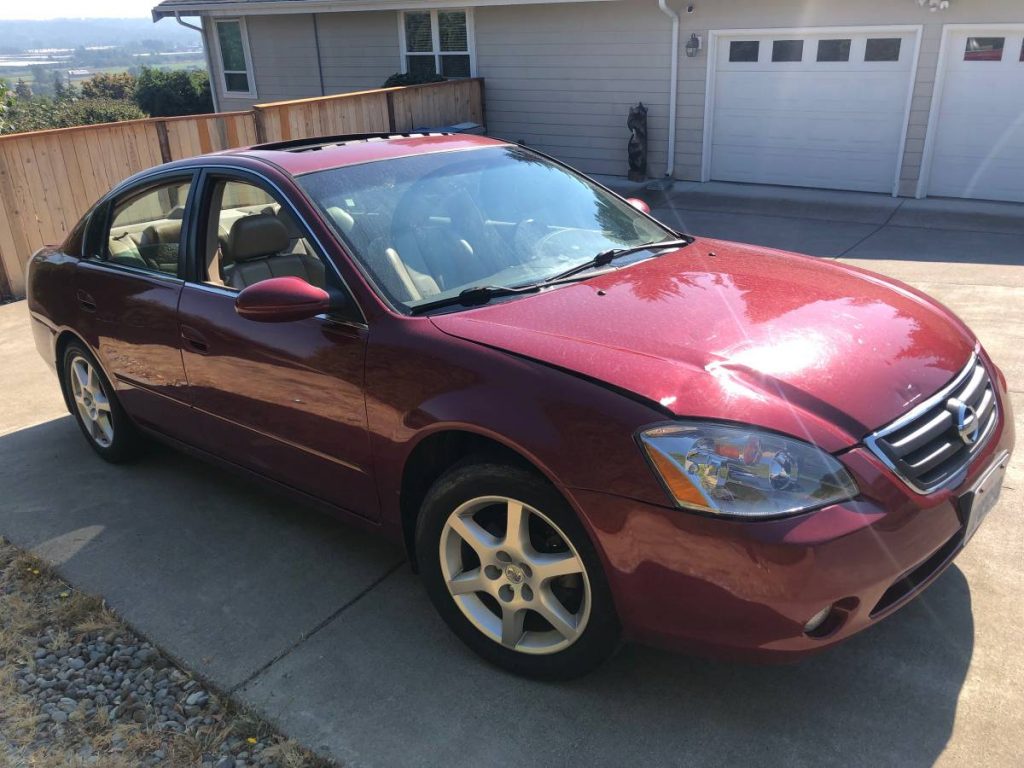 It looks like it’s in OK shape, with a few dings and dents but nothing major. The seller says it runs and drives fine, but they just got it in a trade and don’t know its history. Good thing they have a reputation for toughness. Unfortunately, you’d have to be seen driving a third-generation Altima.

Knowing how to drive a stick is increasingly like having a superpower, and it’s still a great way to save money, by opening up possibilities that aren’t available to those who can’t or won’t.  Either one of these cars would be more expensive with an automatic, especially in today’s wacky used car market, and driving them with automatics would be like watching paint dry. So, manual lovers: I know they’re not really the cream of the crop, but which one ya got?