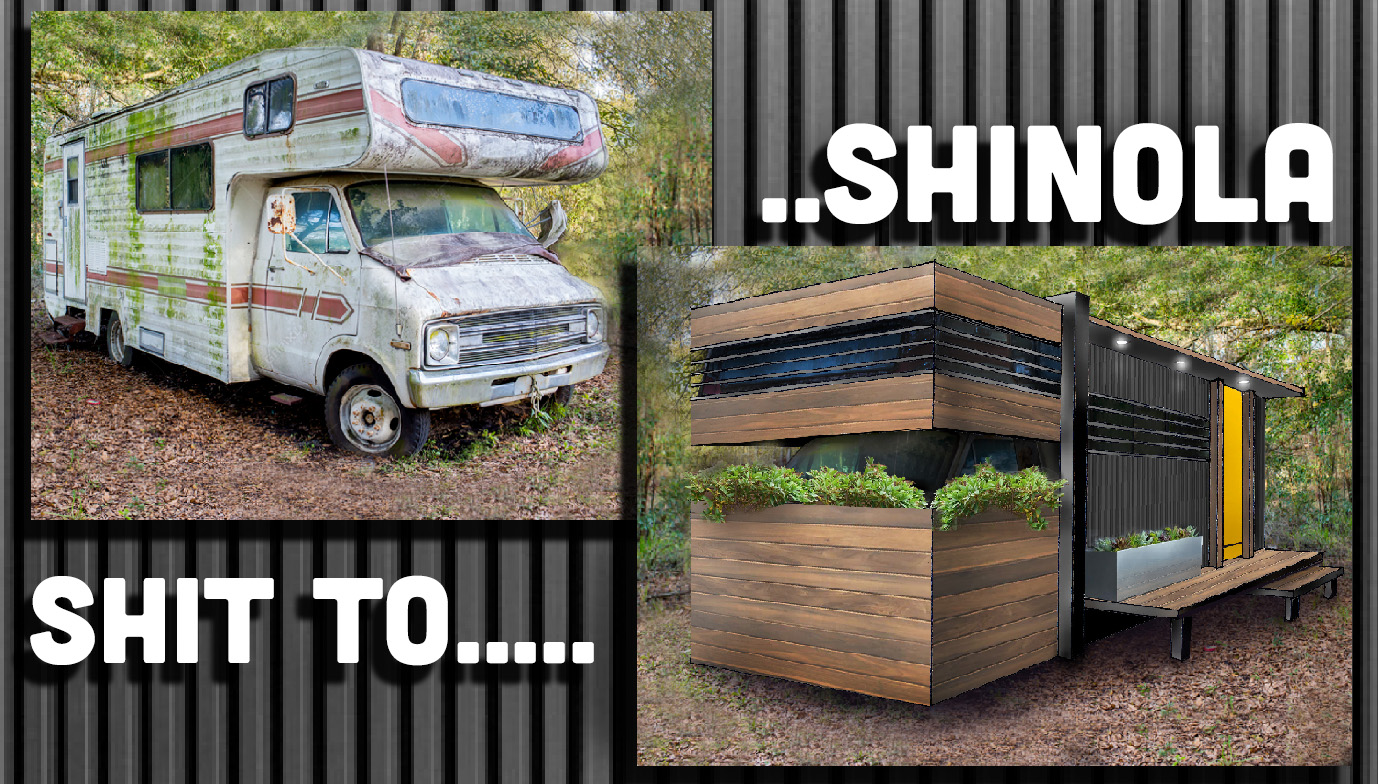 There’s a movie where David Byrne says: “Metal buildings are the dream that Modern Architects had …. It has finally come true, but they themselves don’t realize it.” It’s true; you can order a whole building out of a catalog or off the web, but admittedly it will be a low brow affair that architects would not acknowledge as anything but crap. You might say that the same situation exists with tiny houses. 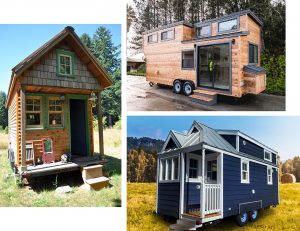 You see “tiny houses” on every home décor show on television, with occasionally insufferable owners talking about how much it will improve their lives and how they are helping the planet with this “new” concept. Of course, this concept has existed in one form for at least half a century: it’s called a mini motorhome (or Class 3 home).

However, since these were often covered in tan plastic with orange and brown stripes, they are well off of the radar of these new tastemakers. No, these tiny house people will supposedly spend an average of about $60,000 (that’s a figure that I saw listed, which I think excludes A LOT, by the way) for one of these modernist boxes, or a cutesy-ass dollhouse-looking thing (probably with LIVE LAUGH LOVE in vinyl letters on the wall inside). The fact is that another more cost effective solution could exist that is close by, possibly even in your backyard if you are a certain automotive media mogul with often-criticized hair that we could name. 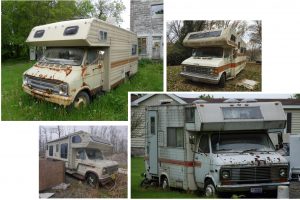 With a mini motorhome, the big issue is that the “home” part often outlives the “motor” part.  They are usually made of rust-free panels with wipe-it-off plastic inside that will survive a nuclear blast, however they typically sit a great deal, are forgotten, and then cease to run.  After a few years, the ‘running’ engine part pales in comparison to the cost of getting brakes, tires, steering, transmission and so on up and going. It is then economically unfeasible for this thing to ever move under its own power again. At the same time, a moss-covered motorhome is typically not something that makes you the envy of your neighborhood, even if the inside could be cleaned up, updated a bit (or keep the now-cool orange plaid seats), and be perfectly useable as a guest cottage.

So how can you get the remaining value out of these now-immobile small homes without receiving citations from the city for an ‘unlicensed vehicle’?

Get an MCMummy, the Mid Century Modern façade for your dead camper!

You can have what looks like the tiny house of your dreams for a small fraction of the cost of a tiny house. Just like those toys advertised during Saturday morning cartoons used to say, “you get to put it together!”

Let’s start with our shitty Dodge-based Class 3 that his been a paperweight since at least the Clinton Administration: 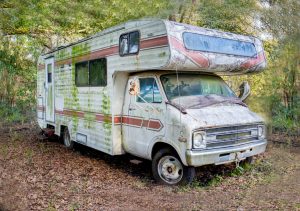 Here are the steps:

First, order your MCMummy for MCM Industries. They offer several sized kits that cover virtually any mini motorhome made from the mid-seventies up through the turn of the century. 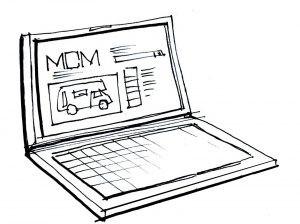 Second, while you wait for shipping, prep your old motorhome for the kit. If it isn’t already leveled out, go ahead and do that so it isn’t sitting on the tires. Drain any vehicle-related fluids..if you want to sell the non-functional motor that’s fine but it sort of defeats the purpose of making this simple. Rip off mirrors, spare tires, wipers and such.  Get your electrical hooked up and however you want to do water and sewage. Optionally–but I would recommend it–seal off any openings on the body and maybe seal the roof and any gaps on seams with tar or driveway coating. Also, paint black any sheetmetal that might be exposed through the ‘louvers’ and maybe even tint the windows for the ultimate in a stealth look. Add screens over the roll-down front door windows. Wow, now your crappy ass motorhome looks even worse. But just for now. 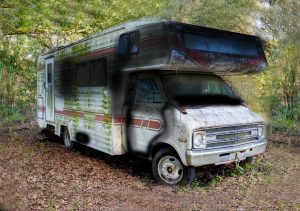 Yeah!  Your MCMummy wood-and-metal sarcophagus has arrived on a skid in pieces 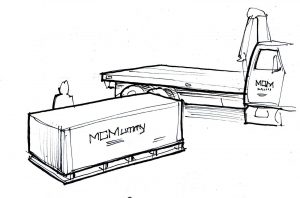 Once your kit arrives, set out all the parts, do measuring, cut to size (there are some parts that need to be cut to fit your door placement and such), and build the walls. 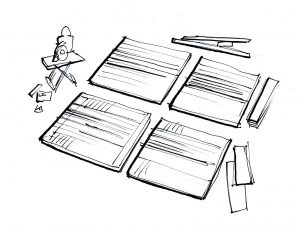 After that, go all Amish on this shit and do a barn raising! Lift the walls in place, connect them and your ancient eyesore is now something hipsters will look at and nod while they scratch their chins. 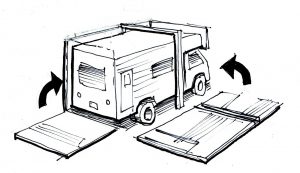 There are louvers that allow the old windows to see out but do not conform to any one particular brand of motorhome (and provide shade in summer but allow low winter sun to come in). Check out the ‘bay’ window with a planter sitting on the hood. 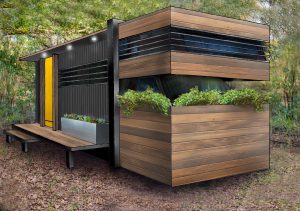 There you go!  Shit to Shinola….not to be confused with Larry Shinoda, who was the Corvette designer that penned the Rectrans Discovery motorhome.  Let’s be sure that we have that straight: 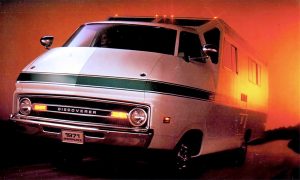 Will it work?  It’s essentially just a fucking fence surrounding a Carter-era Winnebago. If it seems like a bad idea to cover up a dirty, mildew covered exterior, remember that there are companies (like BathFitter) that make a living off of sealing up your old moldy shower.

Is this true sustainability? I mean, every motorhome that rolls off a dealer’s lot is destined to become essentially 8000 or so pounds of shit that will be in a landfill for all eternity. For this object to take on a new life at minimal cost is equivalent to recycling a couple thousand water bottles and certainly worth exploring, as well as saving you around $50,000 that you didn’t have to begin with.

[Editor’s Note: I genuinely and unashamedly think this is a fantastic and actually do-able idea! Would anyone here buy a Bishop-Designed, Autopian-Branded RV-to-Mini Modernist home kit? Let us know and maybe we can get some suppliers on the hook!  – JT]

Read All My Posts »
PrevPreviousDueling Horsemen: 1985 Chevy Cavalier Convertible vs 1990 Chevy Cavalier Z24
NextHow Does The 2024 Ford Mustang Sound Stack Up To Other Mustangs?Next