We talk a lot about early automotive land speed records – the way the electric Jamais Contente set the first mile-a-minute speed record in 1899, for example – but it’s hard to think of anything that goes faster than crime. I say this because it seems that the very first car to ever be actually built and sold in any sort of numbers, the first car in actual series production, had a signifiant portion of its production come from a licensee that didn’t actually seem to pay for the license. In short, bootlegs. The car was the Bollée La Mancelle, and the year was 1878, way earlier than I bet you’d have guessed.

Despite the misinformation that Mercedes-Benz keeps churning out, the Benz Patent Motorwagen of 1886 was not the first automobile. The steam cars made by Amédée Bollée weren’t either, but Bolée’s 1878 steam car, La Mancelle, was the first car to enter series production, with 50 examples built. That’s not a whole lot, but it’s way more than a handful, and absolutely counts as series production. 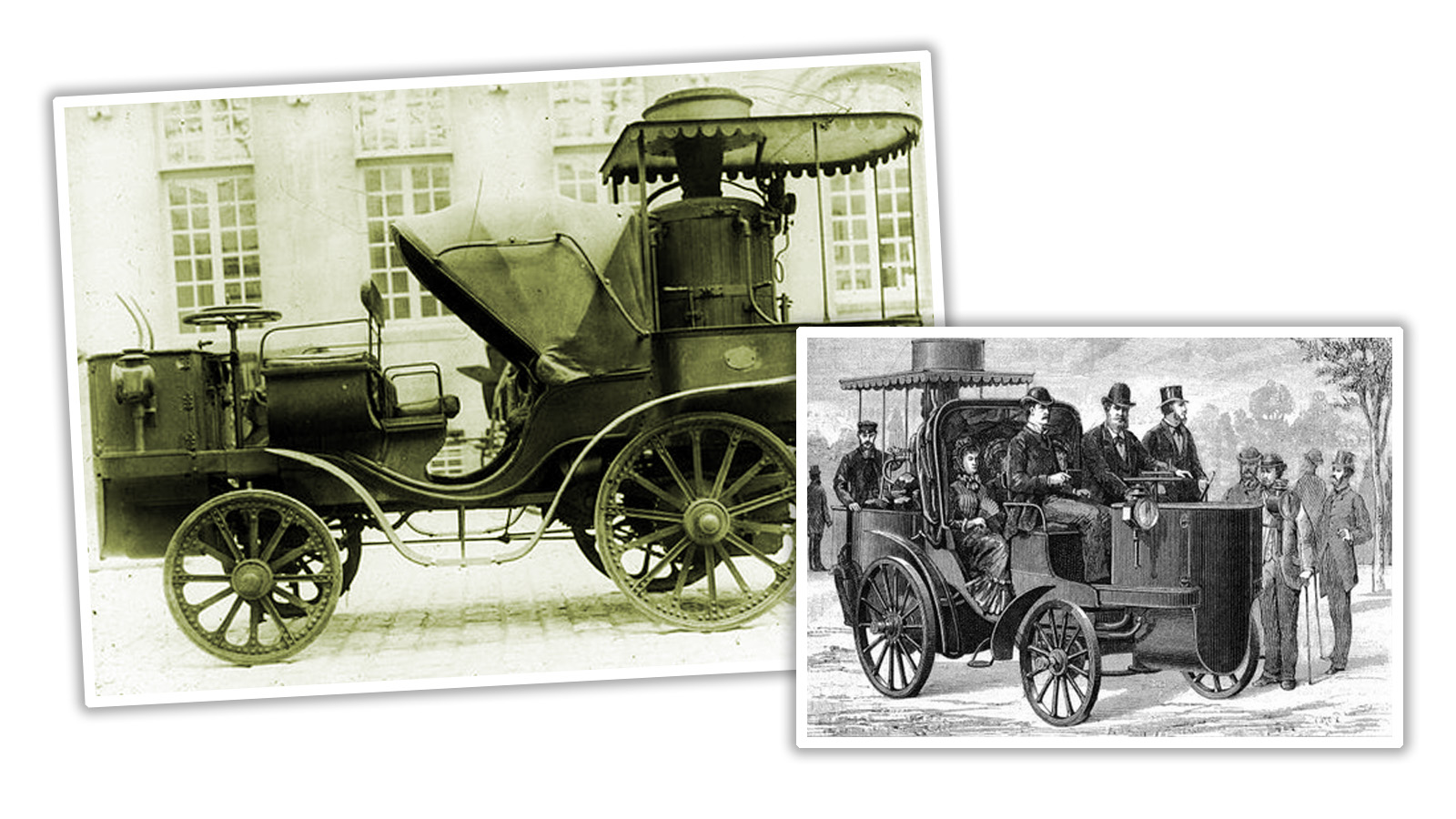 The car itself was remarkable in many ways, too, and far ahead of its time. The basic layout should be very familiar to us today, as it was the first vehicle to employ a front engine/rear drive setup, something that Panhard et Levassor tends to get the credit for (which I’ve been railing about as an injustice since 2013, by the way). La Mancelle had independent suspension via transverse leaf springs, weighed a svelte (well, in the context of late 1870s steam cars) 2.75 tons, had a top speed of about 26 mph, and could be driven by one person; though, to be fair, you did need another to deal with keeping the large boiler at the rear going, but who’s counting? 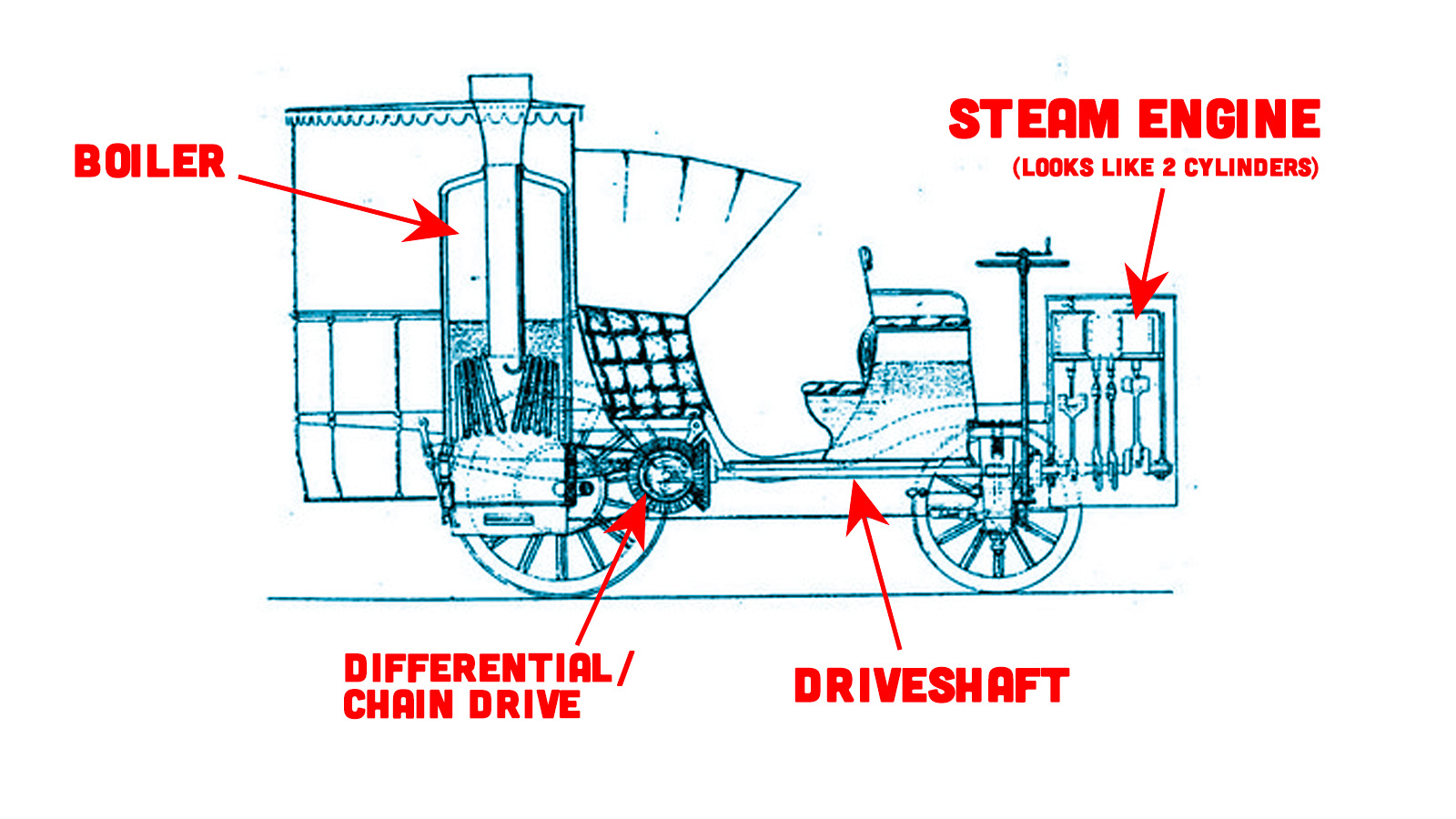 La Mancelle was absolutely a revelation at the time, and caused quite a sensation in France, and then later other parts of Europe as it was shown around. Bollée’s previous car, the large, 12-seater L’Obéissante from 1873 got a lot of attention for making the trip between Paris and Le Mans in 18 hours, a distance of 124 miles, but was generally seen as being too large and cumbersome for private ownership. Part of the La Mancelle’s design specifications were to address that, and make something that could actually be considered for private ownership.

Potential was seen in La Mancelle by Gustave Koechlin, who saw the car at an exhibition in Paris, and in 1879 was demonstrated in Vienna, where it caught the attention of Emperor Franz Joseph. Koechlin becomes the first customer to buy a Bollée La Mancelle, and as far as the emperor goes, here’s where things get complicated.

A company, funded by wealthy Austrians and encouraged by the Emperor’s interest, is set up to produce Bollée-licensed steam vehicles, though they never produce anything beyond toy cars for kids. That company sells the patents to a German bank which in turn sells them to the rail locomotive builder Maschinenfabrik und Eisengießerei F. Wöhlert, who builds copies of La Mancelle, demonstrating one in Berlin in 1880. 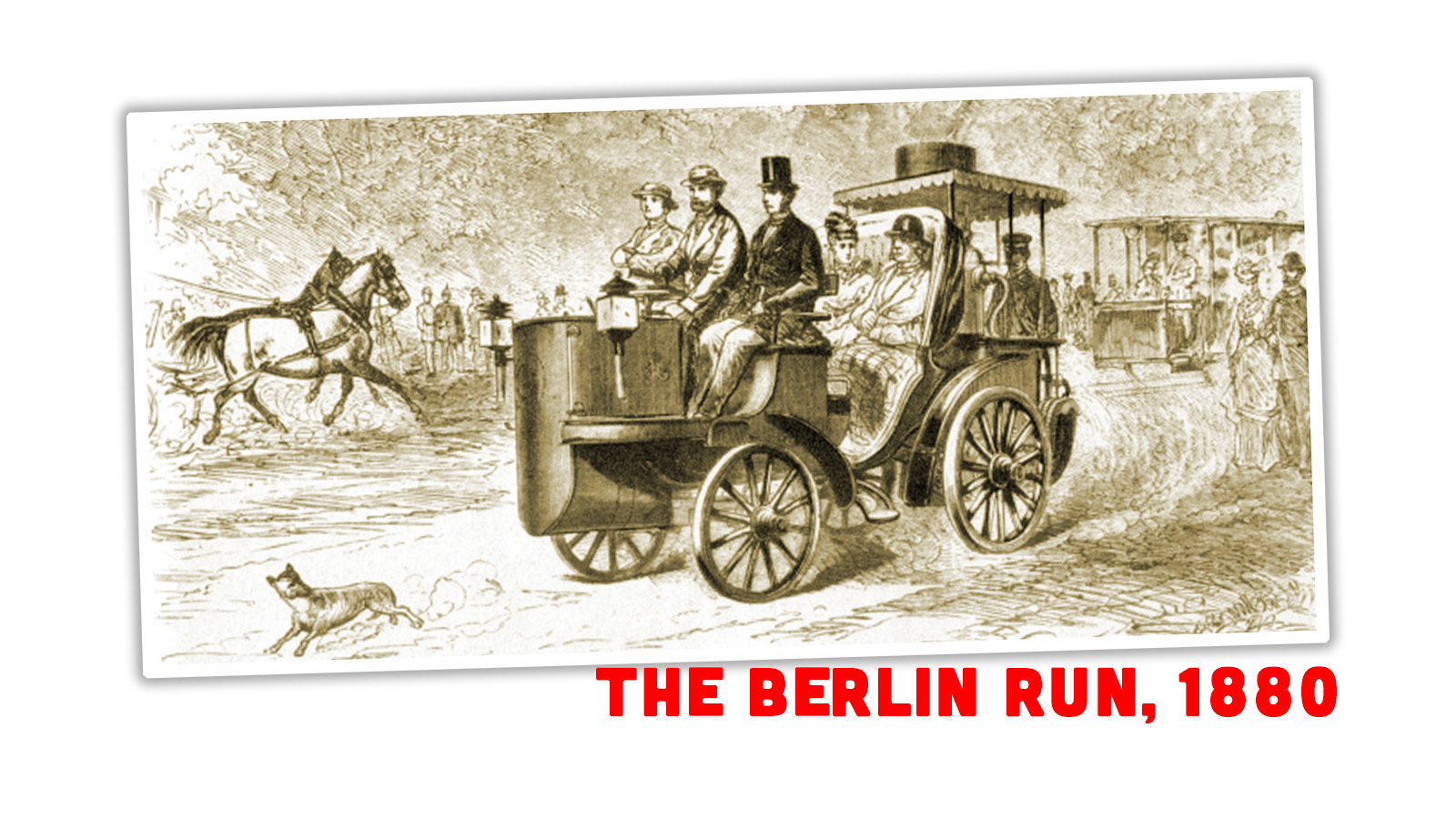 Wöhlert built 22 La Mancelles – nearly half the entire run of the cars – in Germany, between 1880 and 1881. Initially, Bollée would have retained the rights to sell steam cars in France and Britain, with Wöhlert having rights to Germany, Russia, and, it seems, other parts of Europe. La Mancelle made Wöhlert the very first German automobile manufacturer, so please note this, Mercedes-Benz.

Here’s the problem, though: while not all sources mention this, it is reported that Wöhlert went bankrupt in 1883, having never actually paid Bollée for the rights to manufacture La Mancelle at all.

So, with this in mind, that means that nearly half of the production output of the very first car ever to be actually built in quantity was actually composed of unlicensed copies. Bootlegs. 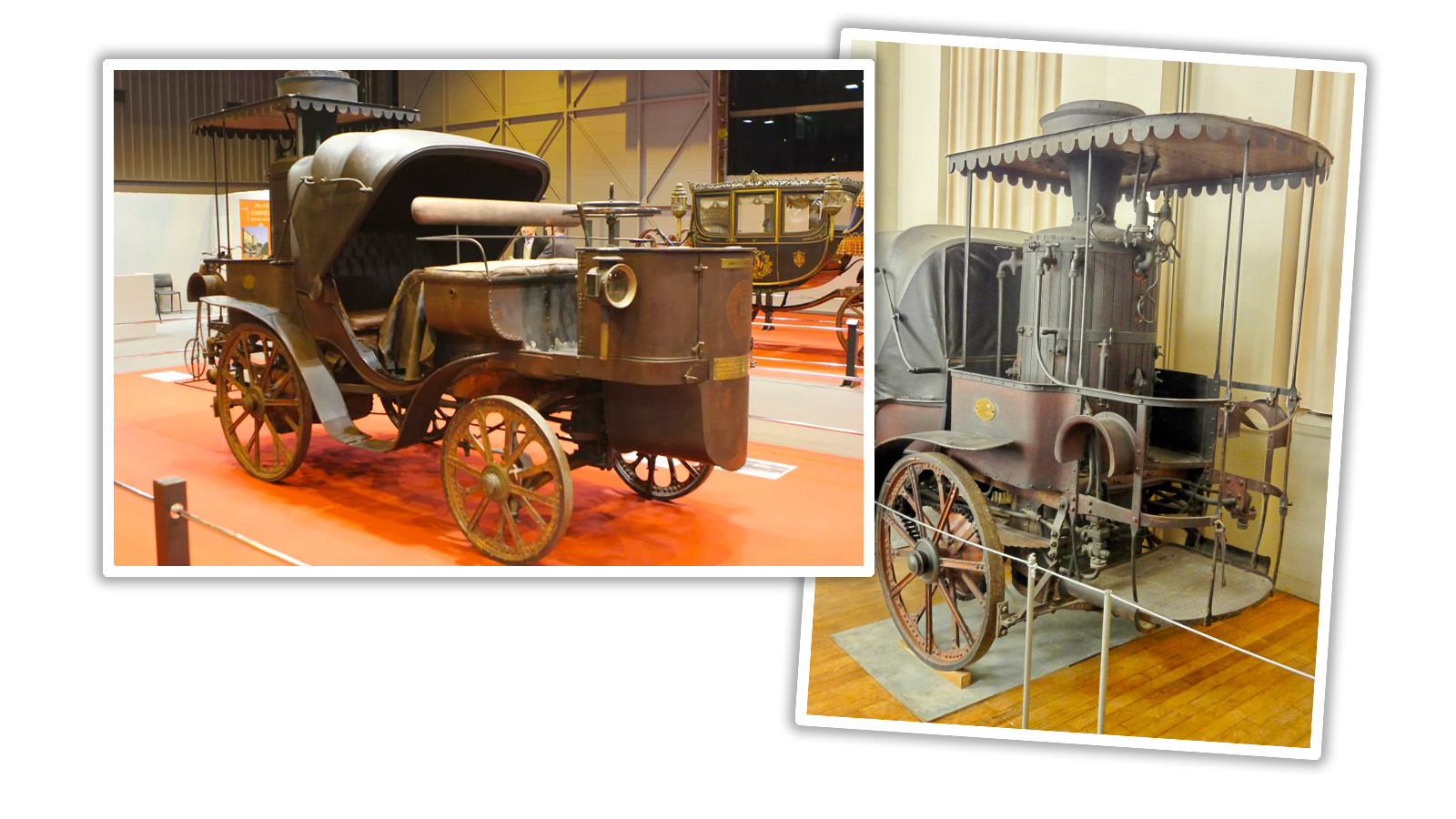 The original 1878 La Mancelle is still around, and can be seen in Paris, something I very much would love to do.

You have to admire an industry where the shenanigans start right from the beginning.

I'm a co-founder of the Autopian, the site you're on RIGHT NOW! I'm here to talk to you about taillights until you cry and beg me to stop, which I absolutely will not. Sorry. Hug? Also, David's friend.
Read All My Posts »
PrevPreviousMcLaren F1 Chief Engineer Gordon Murray’s Mk I Ford Escort Is A Restomod Masterpiece
NextSmart Finally Made A Car Americans Would Buy So Of Course America Can’t Have ItNext