The First ‘Realistic’ Computer Animation Was A Drive Down A Highway In 1961. Here’s A Look

We live in an era of so much ubiquitous computer-generated imagery that it’s hard to remember two things: it was a huge slog to get here, and cars played more of a role in the development of modern CGI than you’d think. Some of these car-computer milestones I was aware of, but just recently I found out about one extremely significant and early one: The first “realistic”– in this context, I think this means something created with a goal of some kind of real-world verisimilitude, as opposed to something abstracted or cartoonish – computer animation was one of the view from a car driving down a road, created in 1961 by a Swedish computer named BESK.

When I say that cars played more of a role in the development of modern CGI than you’d think, I mean that automotive subjects show up a good amount in the early development of computer graphics. For example, the first object to be “scanned” in three dimensions to become a 3D computer model was computer pioneer Ivan Sutherland’s personal 1967 Volkswagen Beetle. 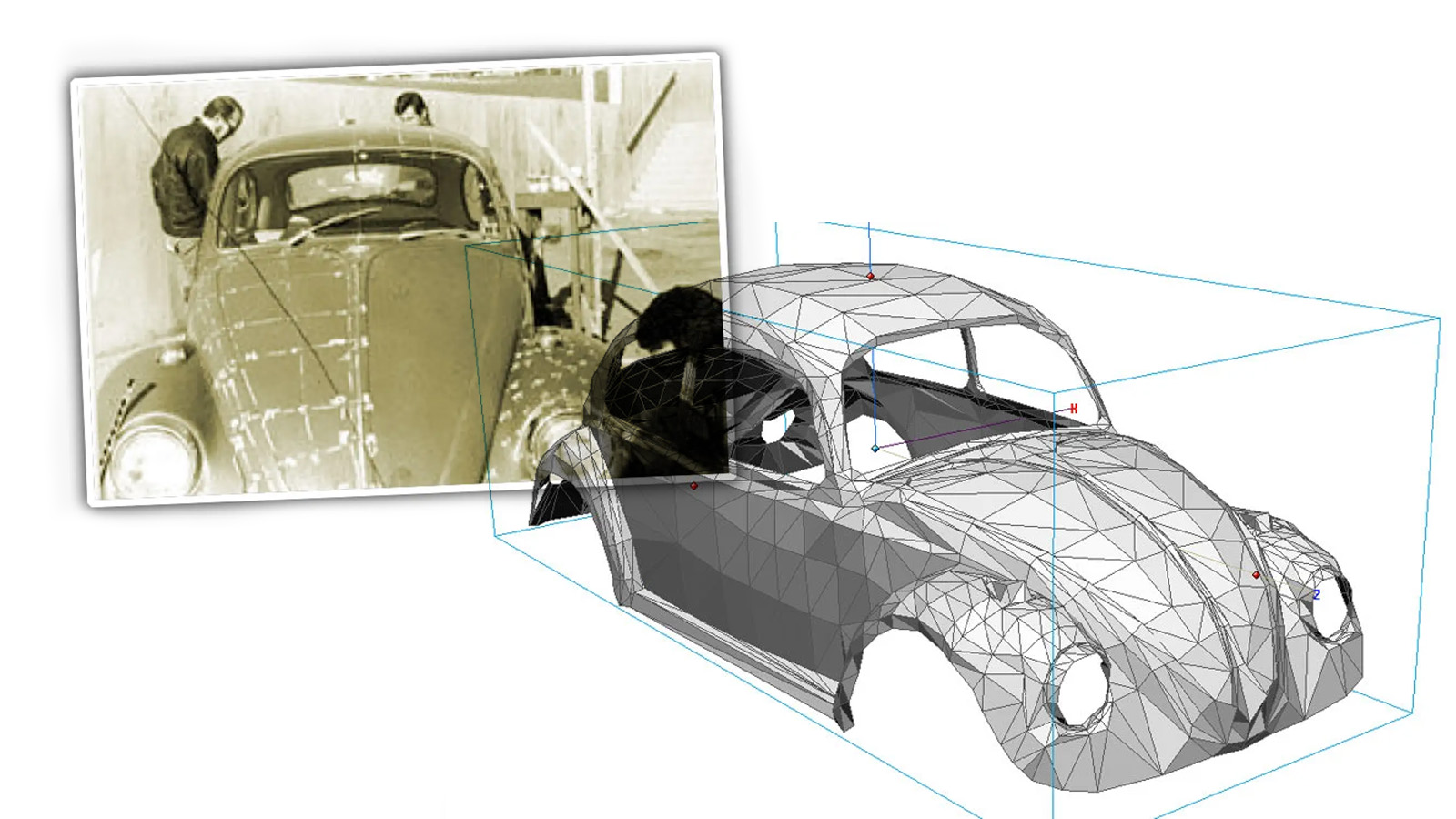 And, speaking of Volkswagen, I’m pretty certain that the first true first-person driving simulator was developed by Volkswagen in 1972, and was almost certainly the first interactive driving simulator to feature actual computer-generated imagery for the road and other items, like those lollipop-looking trees: 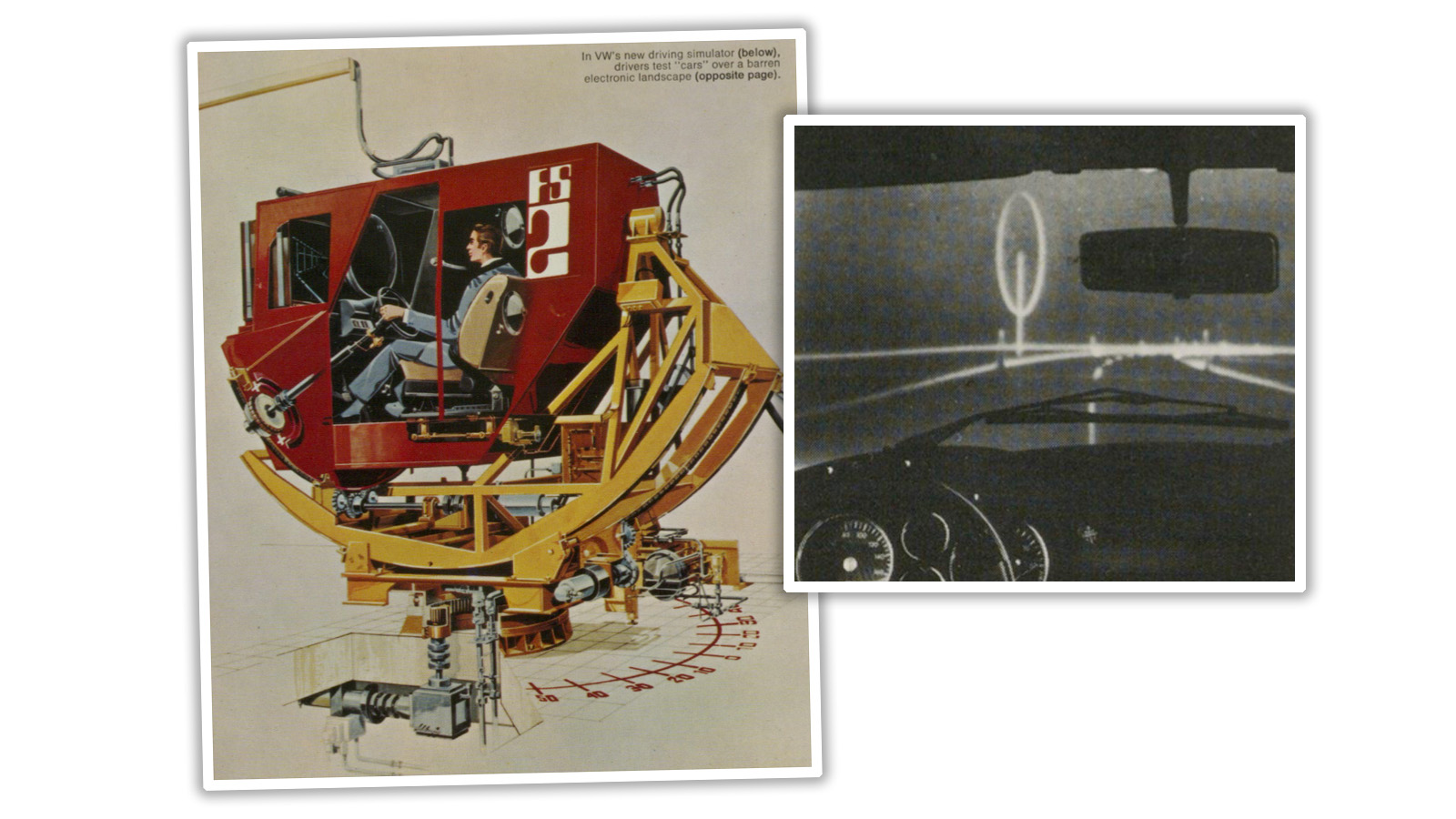 I– and I think others – believe this simulator sparked the birth of all first-person driving games that we enjoy today. Now, 1972 is extremely early for this sort of thing. 1972 is the same year the extremely simple but revolutionary game Pong was released, and the first microprocessor, the Intel 4004, only came out the year before. Even so, there was still some precedent for this sort of computer-generated imagery, similar to the vector (as in using lines, not pixels) style of display seen on the VW simulator. And I think the animation that’s the whole point of this article may be the source of it all.

The 1961 Swedish animation was a rendering of drive down a planned highway, and was broadcast on Swedish television in November of 1961. Here’s what it looked like:

Now, to our jaded, Forza-series-fed eyes, this doesn’t seem very impressive. But make no mistake: Without these simple, serpentine lines generated by the hulking, humming and likely uncomfortably hot BESK computer at the Swedish Royal Institute of Technology, there may not have been a Forza at all. 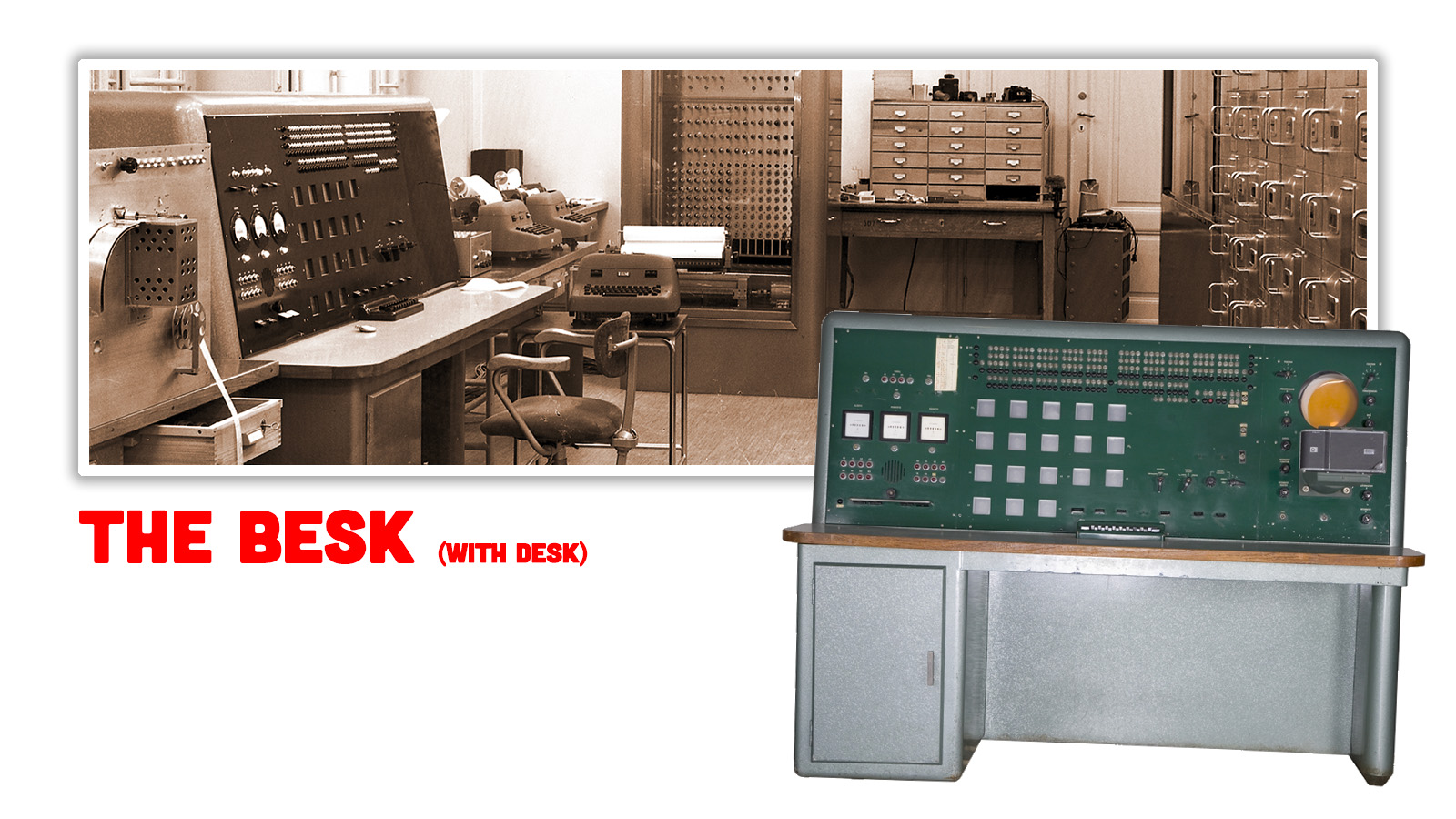 The BESK machine (Binär Elektronisk SekvensKalkylator) was a remarkable machine, first built in 1953, and at first could only be run for about five minutes at a time before breaking down. They soon improved that, and the machine was in active use until 1966, and its useful life included another automotive-ish tie-in, as Saab rented computer time on the machine, though it was more for its fighter aircraft work than its cars.

According to the Swedish Technical Museum, it’s possible that this automotive-related animation was, in fact, the very first computer animation ever:

The use of an oscilloscope as an X-Y/vector graphic display was similar to what Volkswagen used eleven years later, and was very similar to what was being used for the graphical display of what was arguably the first computer game ever, Spacewar, also developed in 1961, but at MIT and on a PDP-1 computer. 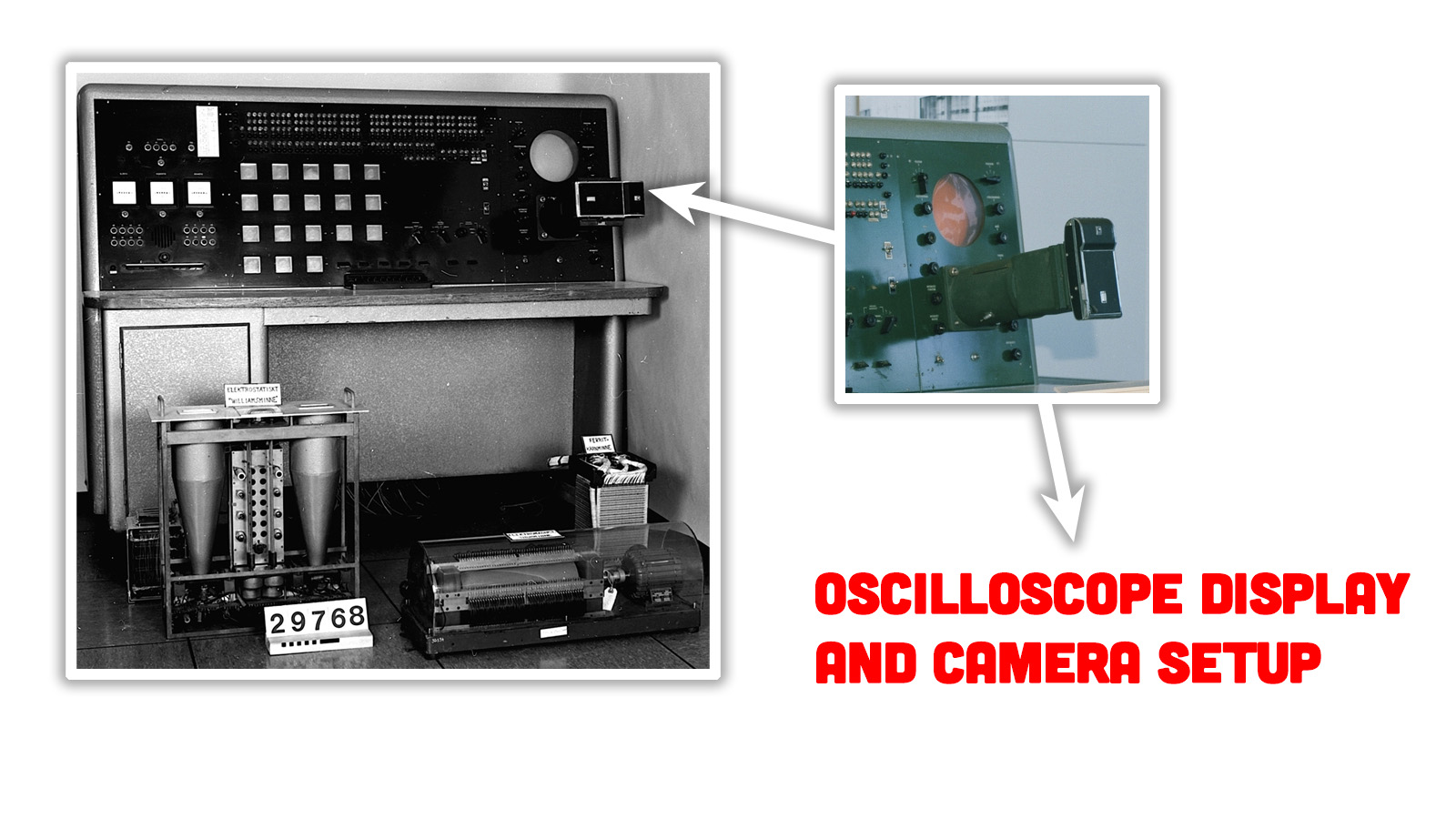 Considering how much of our lives involve interactions with computer-generated imagery and animations, it’s kind of incredible how little-known things like this crude animation of a Swedish drive on a then-imaginary highway are. But now you know, and perhaps the next time you play a driving game or watch a movie with CGI of a car speeding down a road, you’ll give some quiet appreciation to a long-gone Swedish computer and its team of bold pioneers.

I'm a co-founder of the Autopian, the site you're on RIGHT NOW! I'm here to talk to you about taillights until you cry and beg me to stop, which I absolutely will not. Sorry. Hug? Also, David's friend.
Read All My Posts »
PrevPreviousOur Daydreaming Designer Imagines The Perfect Little Escape Pod-Car For Your Big Truck
NextHow Volkswagen Turned A Standard VW Jetta GLI Into This ‘Jetta GLI Performance Concept’ SEMA Show-CarNext