Happy Monday everyone! Hope you all had a good weekend. Time for more cheap-car foolishness, but this week we’re going to make a little change: instead of the weekly roundup on Friday, which is getting to feel a little bit like reruns, we’ll have five matchups, but Friday will be something a little special. So here are the results from last week‘s roundup, which might be the last one for a while: 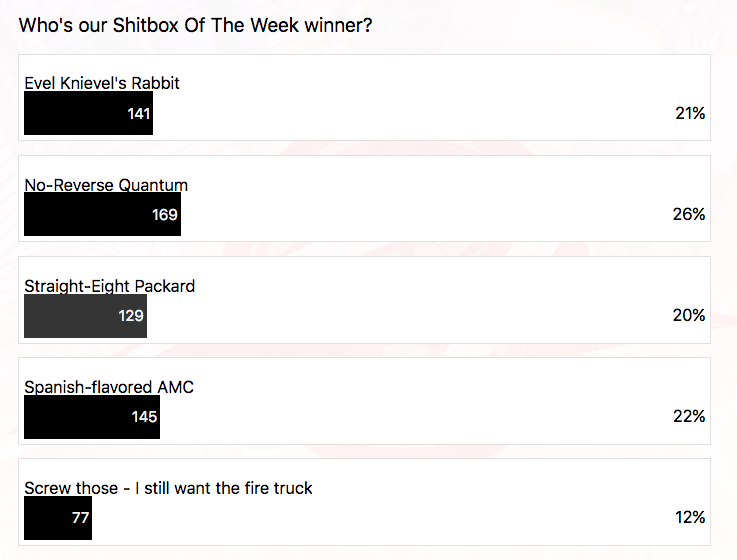 And it’s the VW Quantum by a nose. You’d think that AMC’s giant schnoz would put it in front, but the Quantum’s long front overhang from that Audi five-cylinder was too much for it.

Now then: Raise your hand if you ruined a good car when you were young by doing something stupid to it.

I’m betting there are a lot of hands up out there, and mine is certainly one of them. I did more than my fair share of dumb kid tricks to cars, both in the form of idiotic driving and pointless modifications. Sometimes such dumb-kid damage can be mitigated, sometimes it can’t, and sometimes it’s just not worth trying.

Today, we’re going to look at two cars that have suffered at the hands of young owners in two different ways: One was mightily abused, and the other was taken apart to “modify” and then abandoned. Let’s see which one is more worth saving. 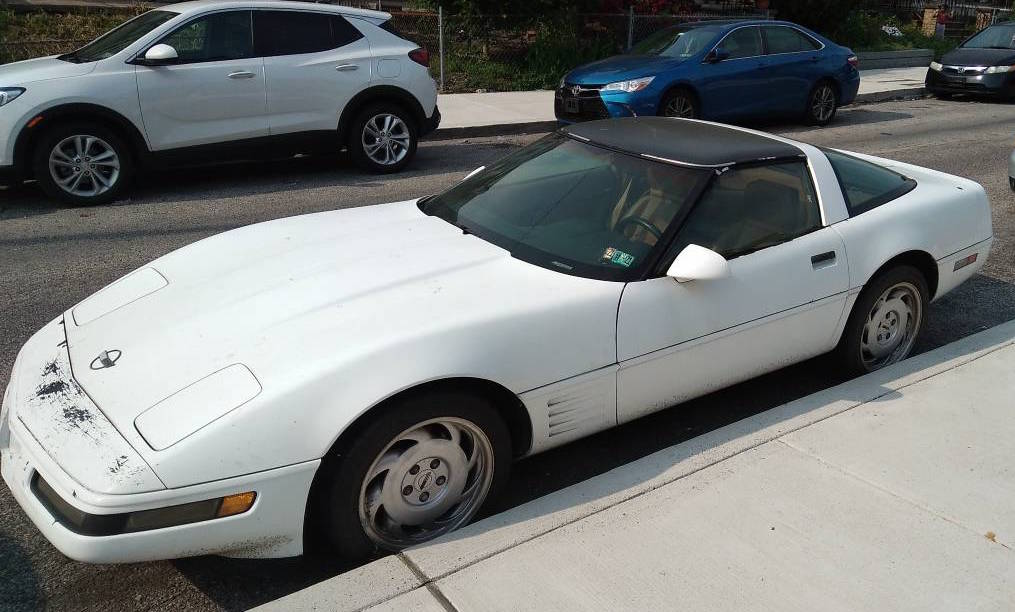 Runs/drives? Yes, but transmission is on the way out

I’m showing my age a little, but until the C8 debuted, I still thought of the C4 Corvette as the “new Corvette,” and everything that came after as just refreshes of it. I think the reason is that I was 11 years old when the C4 debuted, and it was such a radical departure from the previous generation in both styling and ethos. None of the generational changes that came after it felt quite as revolutionary, at least until they moved the engine behind the seats. 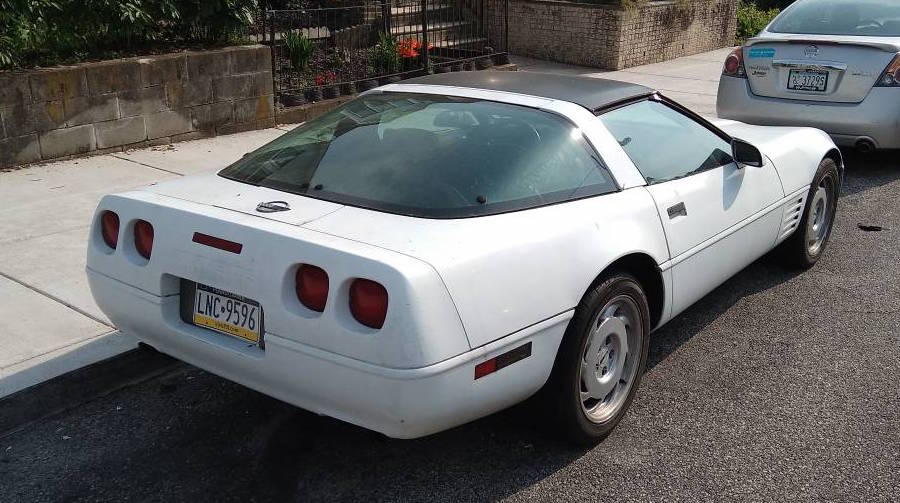 I was an enormous fan of this era of Corvette when it arrived on the scene, and it’s still the generation I’d be most inclined to buy, if I ever decided I needed a Corvette. These are the “cheap” Corvettes now, but rarely do you see one quite as cheap as this. But there’s a reason for that, and it goes beyond the trahsed leather seats and worn-out weatherstripping. 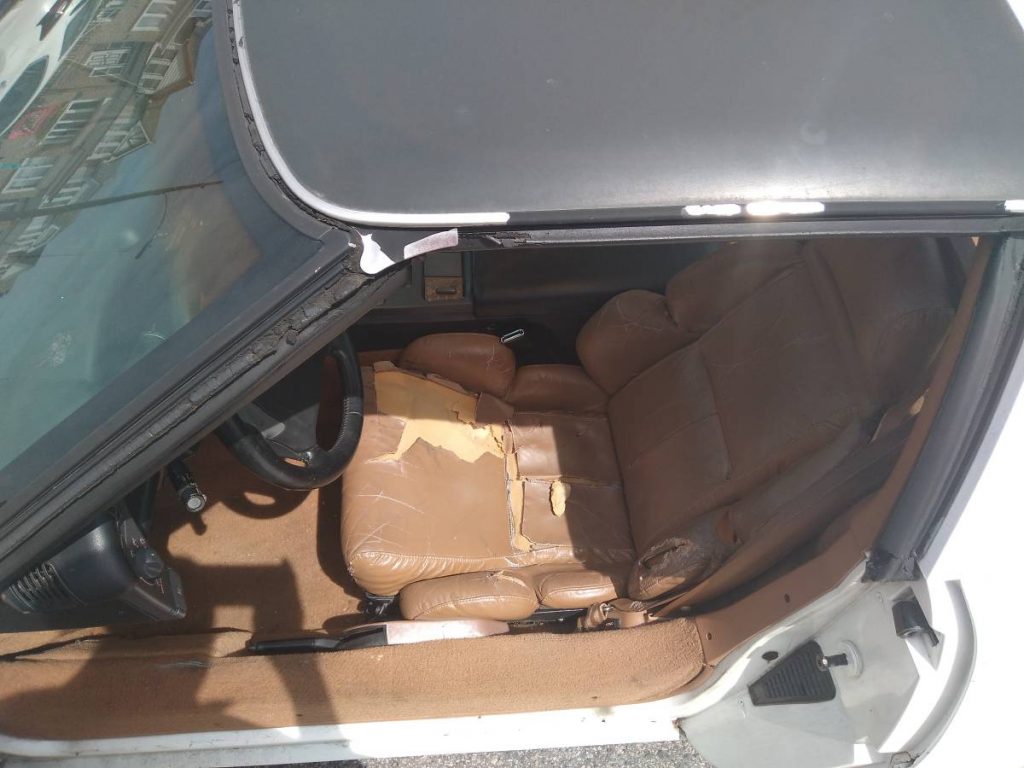 No sentence that begins with “after last night’s burnouts” ends with any sort of good news. It seems the seller of this ‘Vette (or someone in possession of its keys) had a bit too much fun lighting up those big rear tires and cooked the 700R4 (or 4L60, if you prefer the newer nomenclature) automatic. The seller says it won’t go into “4th or 5th” gear, but I presume they mean 4th (overdrive) gear and lockup. Presumably this would mean you could put the transmission in “D” instead of “OD” and at least get it home. But further burnout attempts are not advised. 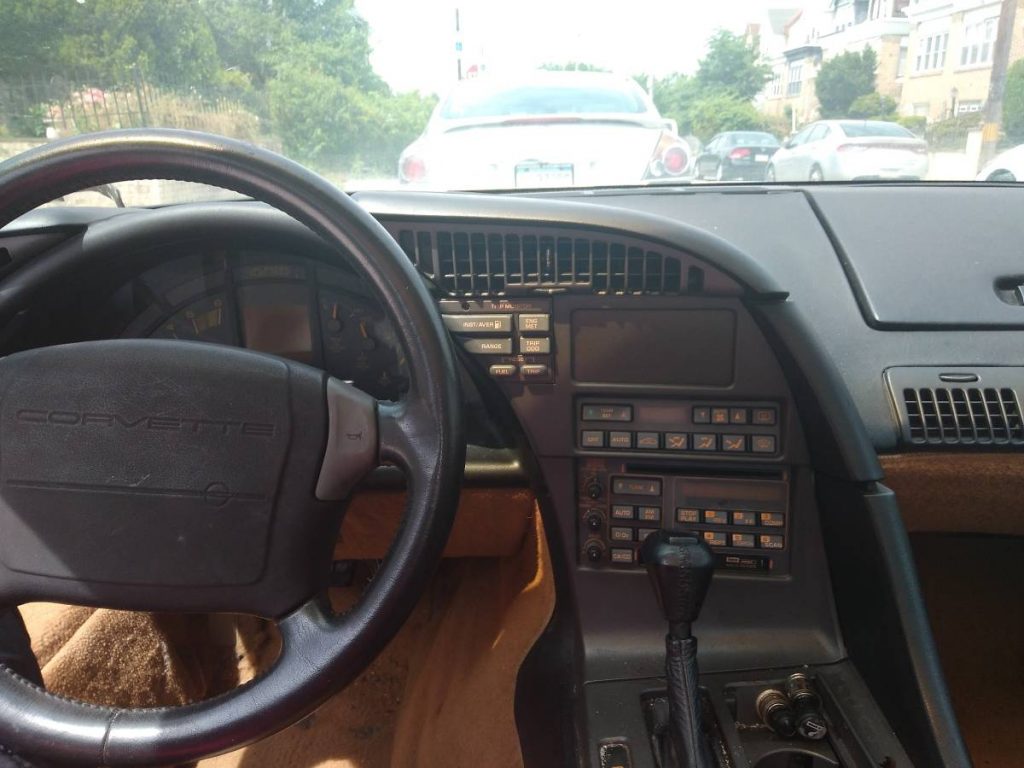 Apart from the transmission issues, if you want a cheap scruffy ‘Vette, it looks like this might be a good candidate. It’s from GM’s tiny-button era of interior design, which at night looks like it might have been inspired by George Bush’s “thousand points of light” speech. But if it all (or mostly) still works, then it might be worth junkyard-diving for a new Turbo Hydra-Matic to slap in there. 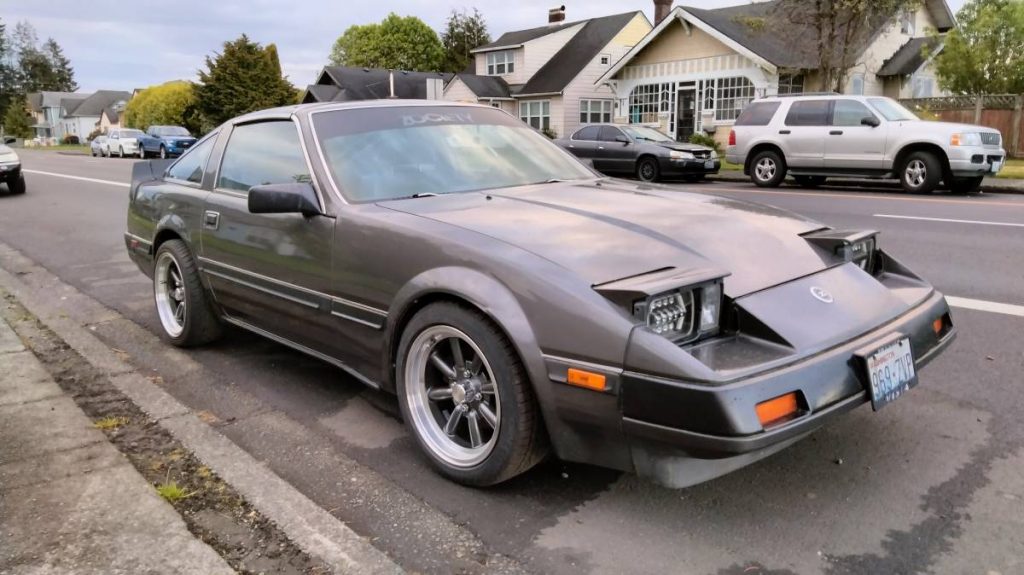 Runs/drives? Starts, but not drivable as it sits

It’s a tale as old as time: Boy meets car, boy ruins car, boy loses interest in car. This hapless Z was apparently left behind when its young owner left for college, and now his folks want it gone. But naturally, Junior wants to save the wheels and the steering wheel for his next victim, so they aren’t included. The stock parts, fortunately, are. 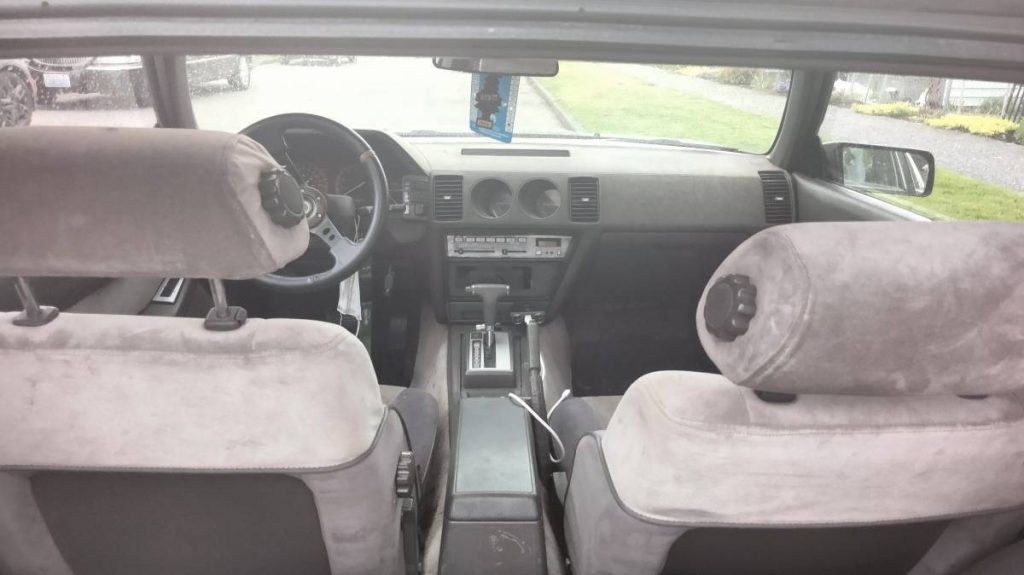 Luckily, from the sound of it, Junior didn’t get too far in his destructive rampage, so all that’s necessary (allegedly) to put this car back to rights is some reassembly. With a little luck, everything is all still there and useable. 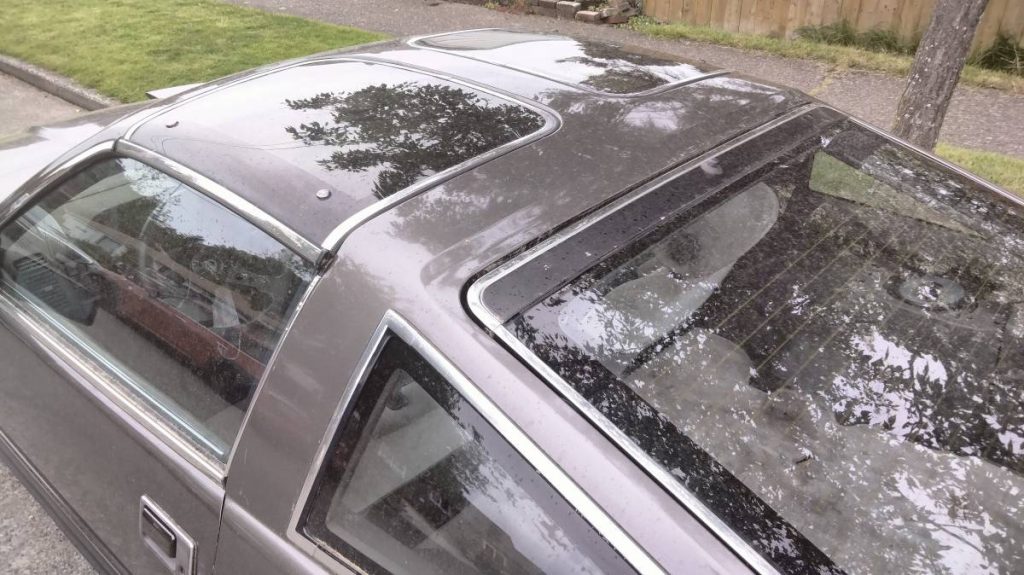 This particular Z31-chassis 300ZX seems an unlikely candidate for the young tyke’s drifting dreams anyway; with its naturally-aspirated VG30E engine and Jatco automatic, it’s better suited to a cool cruiser than a tire-smoking monster. But 49-year-old eyes see cars differently than 18-year-old eyes (and require more corrective lenses to see them at all), so where I see a nice example of a classic Japanese GT, perfect for popping the T-tops out and cruising the twisty roads around wine country on a sunny day, this car’s former steward envisioned it being a bit faster. And more furious. 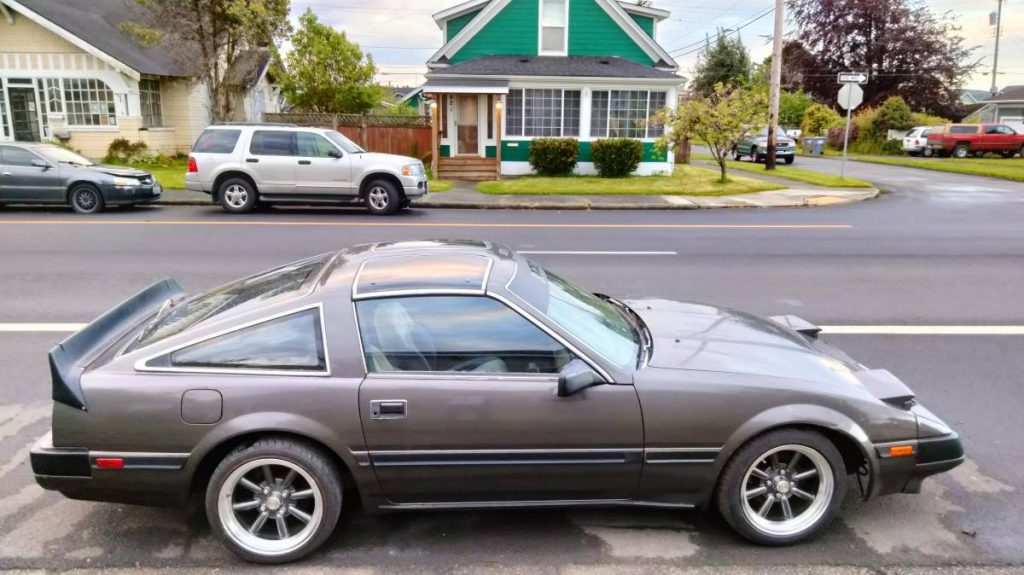 In any event, even if you have to change out the wheels before you tow it home and undo the indignities, when you’re done you’d have a really nice car. I always liked the shape of these angular 300ZXs, and the engine and transmission are rock-solid reliable if you just leave them alone and keep up the maintenance. Maybe this car was saved just in the nick of time.

Neither of these cars is likely to be worth a fortune, though both are old enough to be considered classics now. Base-model automatic sports cars just aren’t as desirable as manual or higher-spec versions. But that makes them cheap to buy. I think either of these cars is worth consideration as a cheap weekend cruiser with a little work. Which one would you rather put the effort into?