The Ford Escape-based Ford Maverick is a beloved little truck and proof that sometimes enthusiasts will put their money where their mouth is. The biggest drawback at the moment is not capability but accessibility;  it’s still too popular and therefore difficult to buy. The off-road-focused $2,995 Tremor package Ford just announced will not help this.

If you know what the Ford Bronco Sport Badlands is then you can guess what the Ford Maverick Tremor has, because they’re similar. Available only on the XLT and Lariat trims with the 2.0-liter EcoBoost motor and AWD, the Tremor adds the baby Bronco Badland’s twin-clutch rear-drive unit with a clutch-based “differential lock” feature that Ford says “can divert virtually all rear axle torque to either wheel.” The Maverick Tremor also gets “Trail Control,” which is Ford’s excellent off-road cruise control system.

Additional key mechanical upgrades include a 1-inch lift, new front and rear shocks and springs, and a beefed up transmission cooler. Importantly, it comes with steel skid plates to protect vulnerable underbody components, and it also gets upgraded half-shafts to reduce the number of times would-be offroaders in Mavericks destroy themselves trying to keep up with Bronco Sasquatches.

As with other Tremor vehicles, there’s also the visual upgrades that consist of a lot of things painted orange and a new lower front fascia to improve approach angle. Neat.

[Editor’s Note: Hi, it’s David, your off-road man, here. One thing I preach anytime we write about an off-road vehicle is the importance of favorable approach/breakover/departure angles. “Geometry is King,” I have tattooed to my lower back. It’s in this area that I think the Maverick Tremor offers its biggest improvement over the FX4. Approach angle jumps from 21.6 to 30.7, departure angle jumps one degree to 22.2, and breakover angle increases from 18.1 to 19.9. Ground clearance is up from 8.6 to 9.4. Generally, the ground clearance and approach angle (which is related) are the most important, since you can drag a belly over a mound with enough momentum and you can scrape the bottom of that rear hitch to your heart’s content. But you can’t just ram your front bumper into an obstacle; that would be called a frontal collision, and you’d set off your airbags. So the increase to 30.7, which is a great angle in this space, is a big deal, as it will let you get your wheels up steep hills/rocks/whatever. Even the departure and breakover angles aren’t horrible for anything with a bed, though the numbers don’t always tell the full tale. The rocker panels and rear quarter panels behind those rear tires look like rock-bait. Still, this little Tremor should be decent off-road. -DT].

Here are the two key passages from this press release though, for me:

That seems like a lot of things for an awfully low price. The killer feature of the Maverick is not how it looks or how it performs or anything other than appearing to be a truck and doing a reasonable job performing like one in most situations at a price no one else seems willing or able to touch. Seriously, the base truck starts around $20 grand.

Assuming one needs the XLT in EcoBoost and FX4 trim as a minimum, and assuming 2023 pricing isn’t outrageously increased, the Tremor can probably be had for around $30k after destination and before any markup. This is Toyota Tacoma SR5 territory, but that’s a fairly basic truck, and this Maverick should be much more livable, though we don’t quite yet know how the Tremor package affects fuel economy. 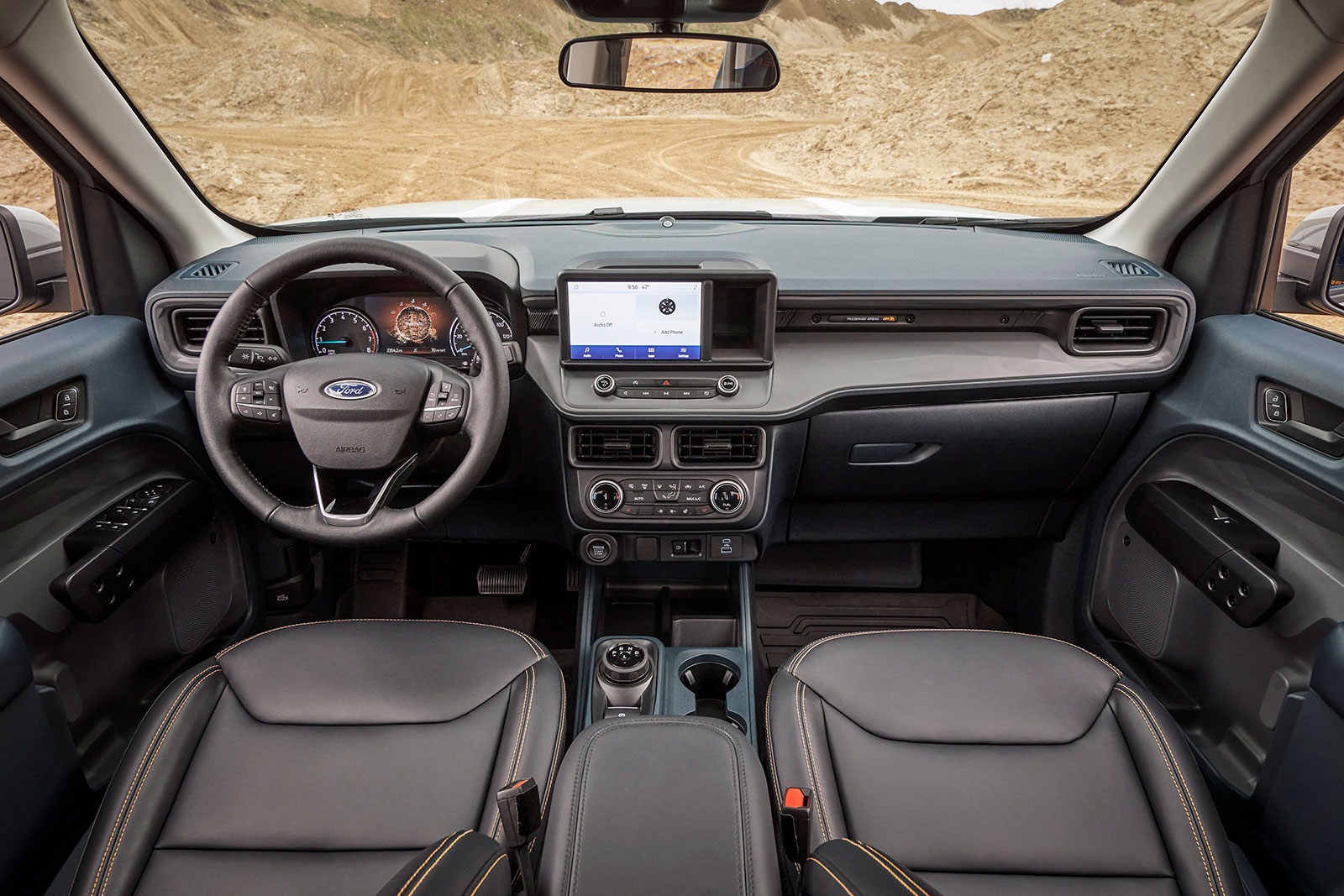 Ford is saying you can order just about any Ford crossover-y thing you want on August 2nd, but the hearteningly popular and dishearteningly under-built Maverick will take another month and, even then, it won’t be built until sometime later this year.

I am, conceptually, extremely onboard with the Maverick and it’s nice to have other people also appreciate what I appreciate. It does not always happen that way; Merkur has not been relaunched as a luxury sports car brand by Ford, for example.

The downside of having a thing you like become popular is suddenly the demand for that thing is much higher than it used to be (Courtney Barnett tickets cost more and sell out faster than they used to, for example).

The upside, of course, is that it keeps existing and you keep getting more of it. At some point nature will take its course and there will be a lot of these and prices will come down. The question is: How long can you (Matt Hardigree) wait?

[Editor’s Note: I just have to hand it to Ford’s PR team and photographers for including this strange, horror movie poster-like image in their press kit: 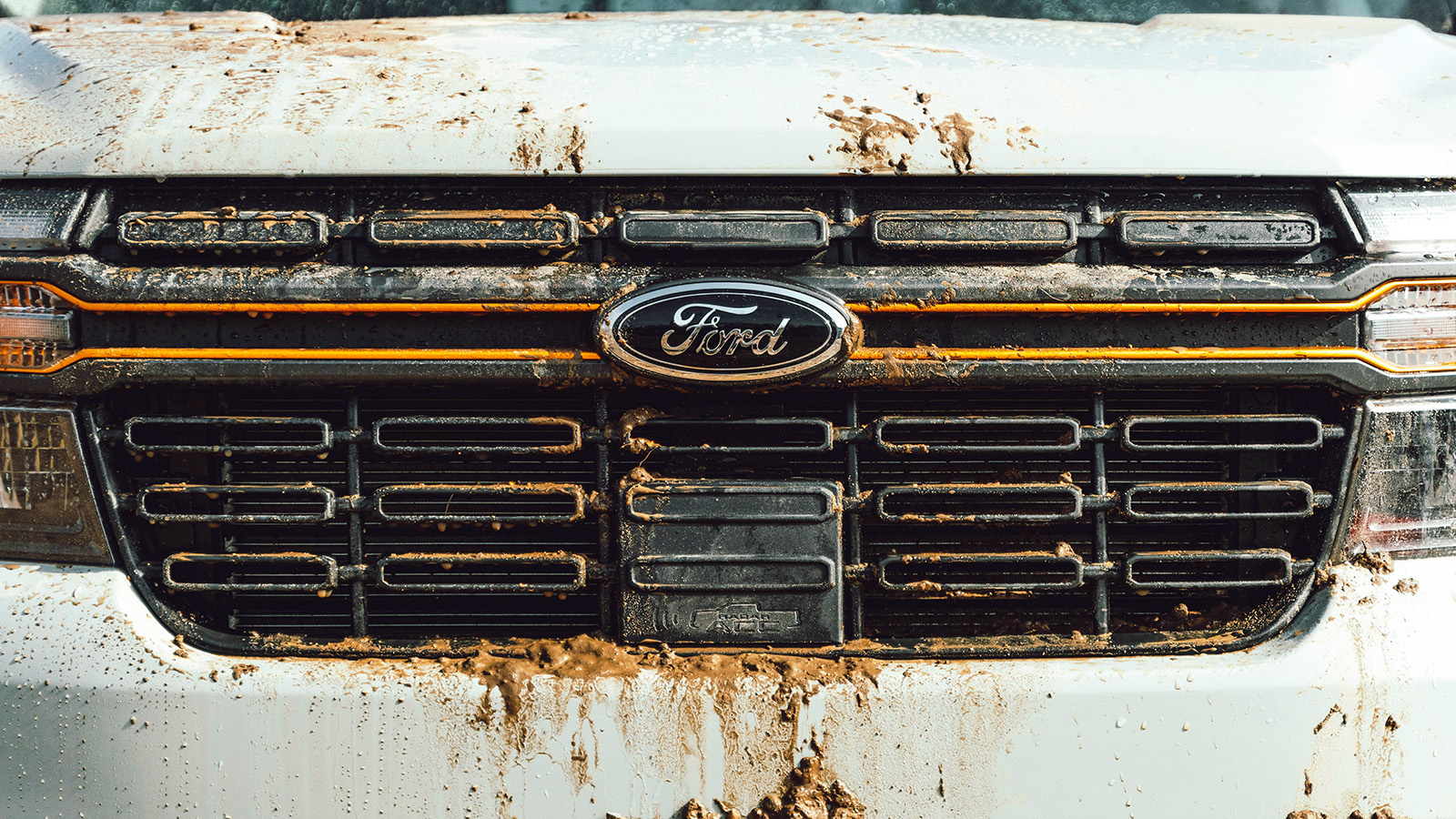 It’s so easy to imagine that mud as blood and then everything takes a very different turn. – JT]

Howdy! I'm the Publisher of The Autopian which means I'm to blame for at least a small part of this. I used to run another car site and then made movies and TV shows. Now I'm here to convince you to buy a Peugeot.
Read All My Posts »
PrevPreviousCars I Grew Up In: Ridiculously Underpowered 1980 VW Dasher Diesel vs Infamous 1988 Audi 5000
NextBMW Tells Owners Of 83 Cars Not To Drive Them Over Risk Of Fiery DeathNext