I’m not sure how much you’ve heard about this, but if you’re outside and are the sort of person that doesn’t like getting struck by bits of charred metal falling out of the sky, you likely have heard that the core of the Long March 5B booster rocket that carried China’s Wentian orbital lab to dock with its Tiangong space station re-entered the atmosphere in an uncontrolled re-entry. The good news is that despite a re-entry trajectory that had “a non-zero probability of the surviving debris landing in a populated area—over 88 percent of the world’s population lives under the reentry’s potential debris footprint,” the rocket broke up and crashed into the Indian and Pacific oceans, hurting nobody except maybe making some fish more religious, per the Aerospace Corporation. The even better news is that some reporting on the event has given me hope that the greatest vehicular size standard known to humankind, the Volkswagen Beetle, is not dead yet.

Yes, that’s my takeaway from all this. And it comes from a line in this widely-syndicated article about the rocket’s uncontrolled re-entry from Sky News:

In the case of the Long March booster, which weighs 23 metric tonnes, this means between 4.6 and 9.2 metric tonnes will hit the Earth – the equivalent of a dozen 1963 Volkswagen Beetle cars.

See that size – well, in this case, mass – reference to a Volkswagen Beetle? There’s a long, rich tradition of that, with the classic Volkswagen Beetle having become a nearly universal standard of size and weight and interior volume and so, so much more. So much so that years ago I encouraged a friend of mine to write an article about it, and I think he expressed the strange universality of the Beetle as a unit of measurement remarkably well:

Most other objects are limited in their comparative function. For example, Mack trucks are exclusively used to describe objects we are to think of as large. But Volkswagens are used to describe things as too small and too large and, more importantly, as they really are.

While Beetles have been used to illustrate the size of things as varied as “whale hearts to heavy artillery,” space hardware especially has long been compared to the Beetle:

As such, science writers make the most use of the vehicle, deeming everything in or from space, made or conceived by man or God to be about the size of a Bug. The VW-size Mars Global Surveyor looked down at the planet with cameras capable of resolving VW-size objects such as the “nearly” VW-size Spirit and Opportunity, which themselves captured images of VW-size rocks in their travels.

Soyuz capsules are the “Volkswagen Beetle of the space program” due to their size and workhorse longevity, Gemini capsules had the seating room of a Volkswagen, and Apollo capsules were “Beetles from the 1960s, cramped but useful.”

For a time, you could experience the thrill of the VW-size International Space Station capsule as projected by the advanced VW-size IMAX projector.

Here’s some of the referenced quotes in there that equate various space exploration hardware and objects to Beetles, primarily to get my editor David off my back:

From The New Atlantis:

“Earlier this summer, NASA launched the twin rovers Spirit and Opportunity on their seven-month trip to the Red Planet. The dynamic duo together cost $800 million. Each rover is nearly the size of a Volkswagen bug and weighs almost four hundred pounds.”

and from Malin Space Science Systems:

“The MOC image of that location, acquired in 2003, showed additional near-field features (rocks associated with a nearby crater) that closely matched the Viking 1 images (center and right frame, where B denotes “Volkswagen Rock”). The inset (upper right) is an enlargement that shows the location of the Viking 1 lander.”

and from this guy Norbert’s blog, to show how pervasive it is and not just journalists, even if the context here is more conceptual and less scale-oriented:

“The Soyuz is the Volkswagen Beetle of the space program, and it’s still running strong.”

“With the seating room smaller than inside a Volkswagen Beetle, the Gemini capsule was intended to allow Earth-orbiting astronauts to demonstrate proof-of concept for space docking, and also practicing spacewalks.”

“About the size of a Volkswagen Beetle, the TM-26 capsule still exhibits evidence of its fiery transit from space to Earth.”

So, the comparison of the mass of the Long March 5B rocket’s core segment to 12 VW Beetles is a return to an established form for this sort of writing. What doesn’t really make sense is the inclusion of the year of the Beetles referenced, because a 1963 Beetle really isn’t that much heavier or lighter or bigger or smaller than a 1953 or 1973 Beetle at all. It’s about the same. 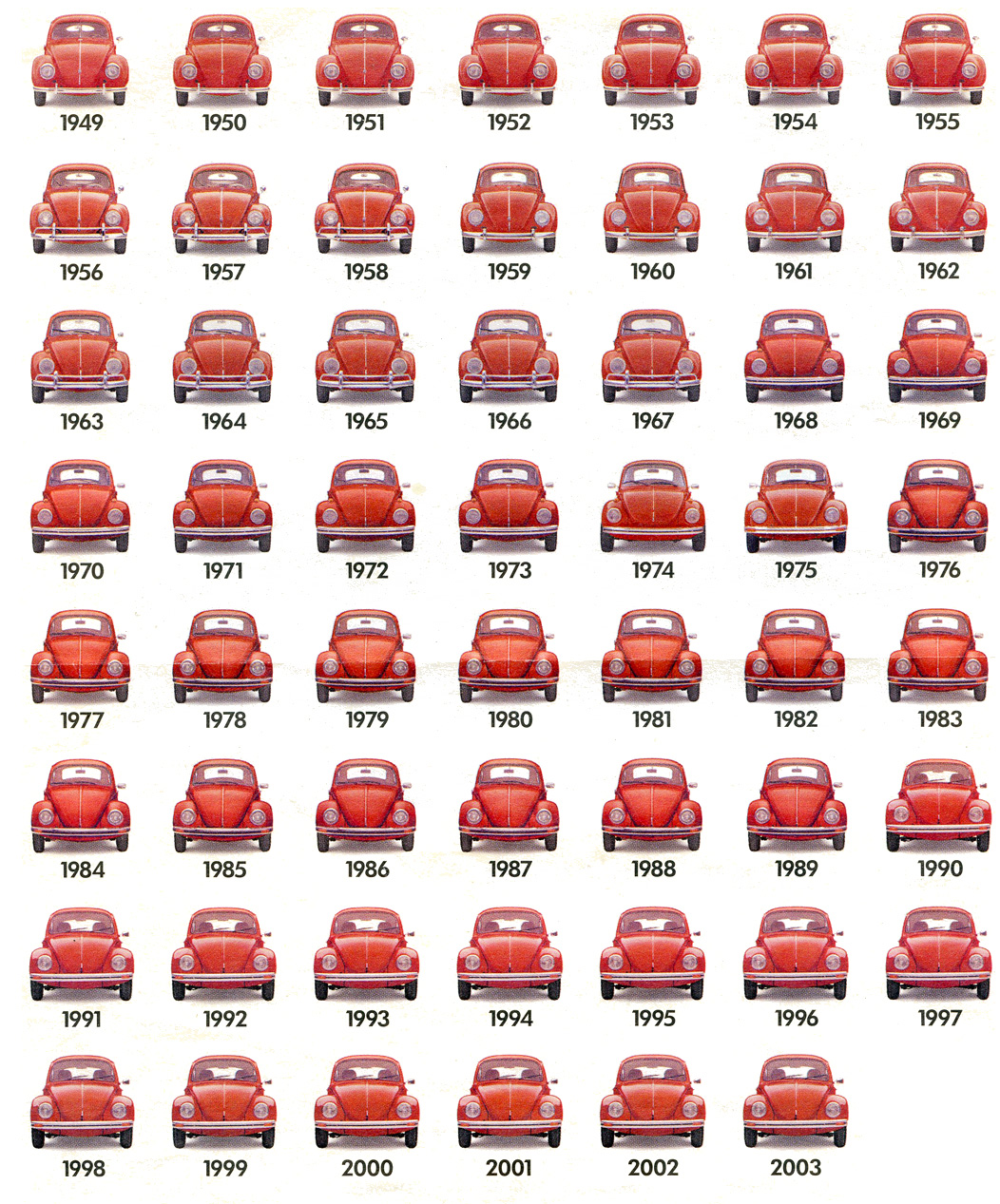 In fact, the inclusion of a specific year works against the use of the Beetle as a universal size standard, because one of the key reasons why the car works so well as an easy analogy for size/volume/weight is that it remained so consistent for such a long period of time, from 1938 to 2003. Almost no other car can make that same claim, which is why the Universal Automotive Size Analogy isn’t, say, a Toyota Corolla, because Corollas vary wildly in size and weight over their various generations.

Before I saw this, I was wondering if the era of the Beetle as universal metric may be passing, as vintage Beetles are no longer an ubiquitous sight on modern roads. But now I’m thinking that maybe they’ve managed to build up enough cultural capital and influence that their form and size is now a true part of the Collective Unconscious, and if we’re still comparing Chinese rockets in 2022 to old VW Beetles, then maybe, just maybe, that’s how it’ll always be.

I look forward to a time in the future when people selling you cargo teleporters help you decide what size you need by explaining that the Basic model can handle two VW Beetles at a time, but if you go up to a Beyoncé-class one, you can send out four to five VW Beetles, easy.

I'm a co-founder of the Autopian, the site you're on RIGHT NOW! I'm here to talk to you about taillights until you cry and beg me to stop, which I absolutely will not. Sorry. Hug? Also, David's friend.
Read All My Posts »
PrevPreviousMy $1 Oldsmobile’s Suspension Rotted Off While I Was Driving And Even An Inspection Wouldn’t Have Prevented It
NextI’m Matt Hardigree And I’m Here To Remind You How Lucky You Are To Love Cars Right NowNext