For the past twenty years, the Volvo XC90 has been a symbol of three-row crossover excellence. The first-generation model set the standard for three-row crossovers that can actually fit children in the back, while the second-generation model moved the luxury SUV interior design game on so far that even Range Rover now features minimalist cabins. However, Volvo’s now planning on replacing the XC90 with this, the all-electric EX90. Let’s take a look, shall we?

Right off the bat, the EX90 looks pretty great. It’s beautifully minimalist, unmarred by excessive plastic cladding and even the suggestion of a grille. Every line seems thoughtfully-placed, from the upsweep of the daylight opening giving the shoulder line room to breathe, to the curvature of the front end. One detail I particularly love is the pull-up door handle design, a bit of a throwback to the iconic Volvo 240. 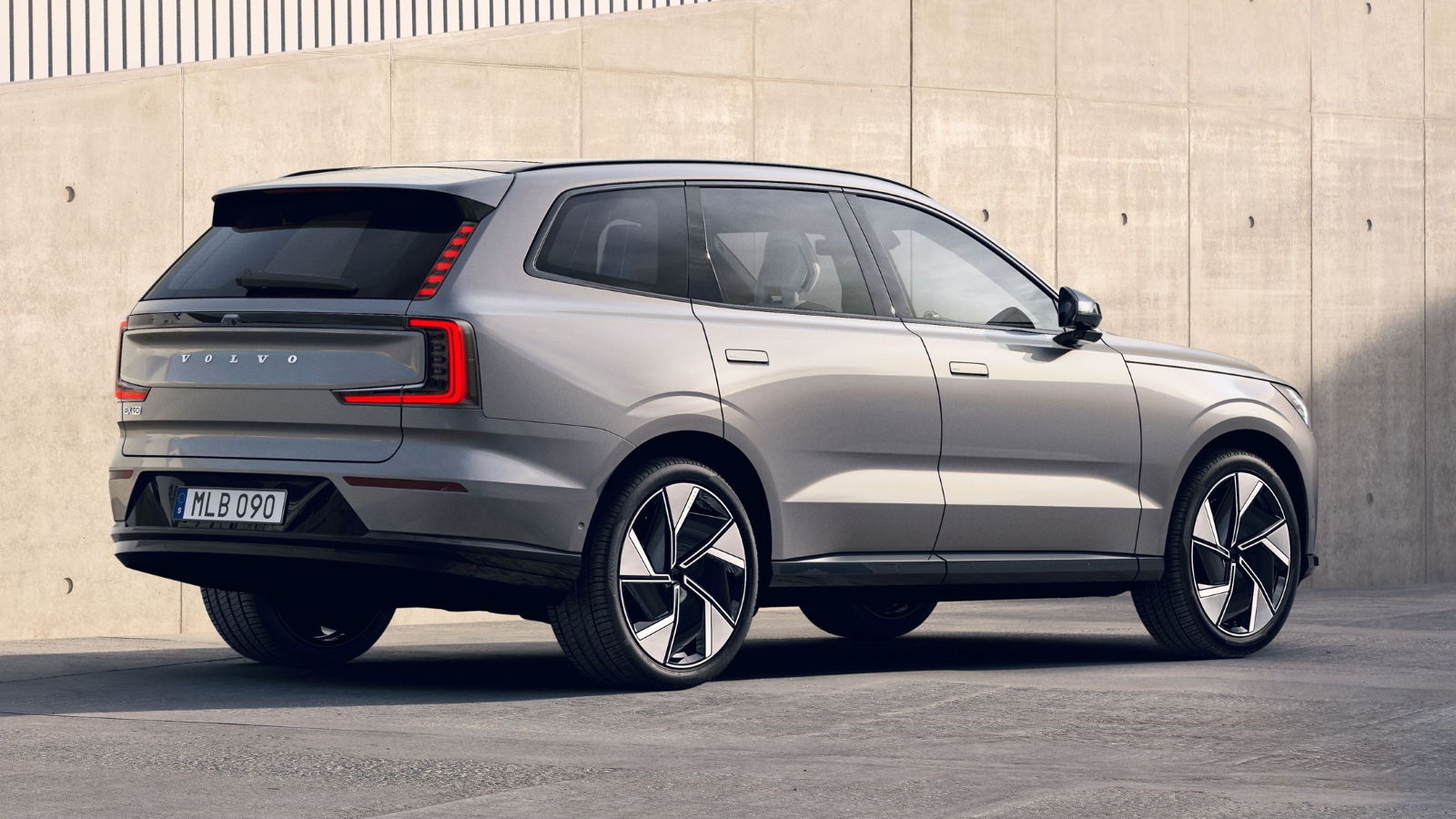 Lighting is a bit of a Volvo hallmark, and the EX90 sports interesting evolutions of existing ideas. The Thor’s Hammer daytime running lights are now segmented in a pixel-like way, with the horizontal elements whirring out of the way to reveal projectors. Around back, the vertical tail lamps now seem to pierce underneath the sheetmetal, with C-shaped elements on the body and smaller lamps running up either side of the rear window. It’s very weird, but also very Volvo. 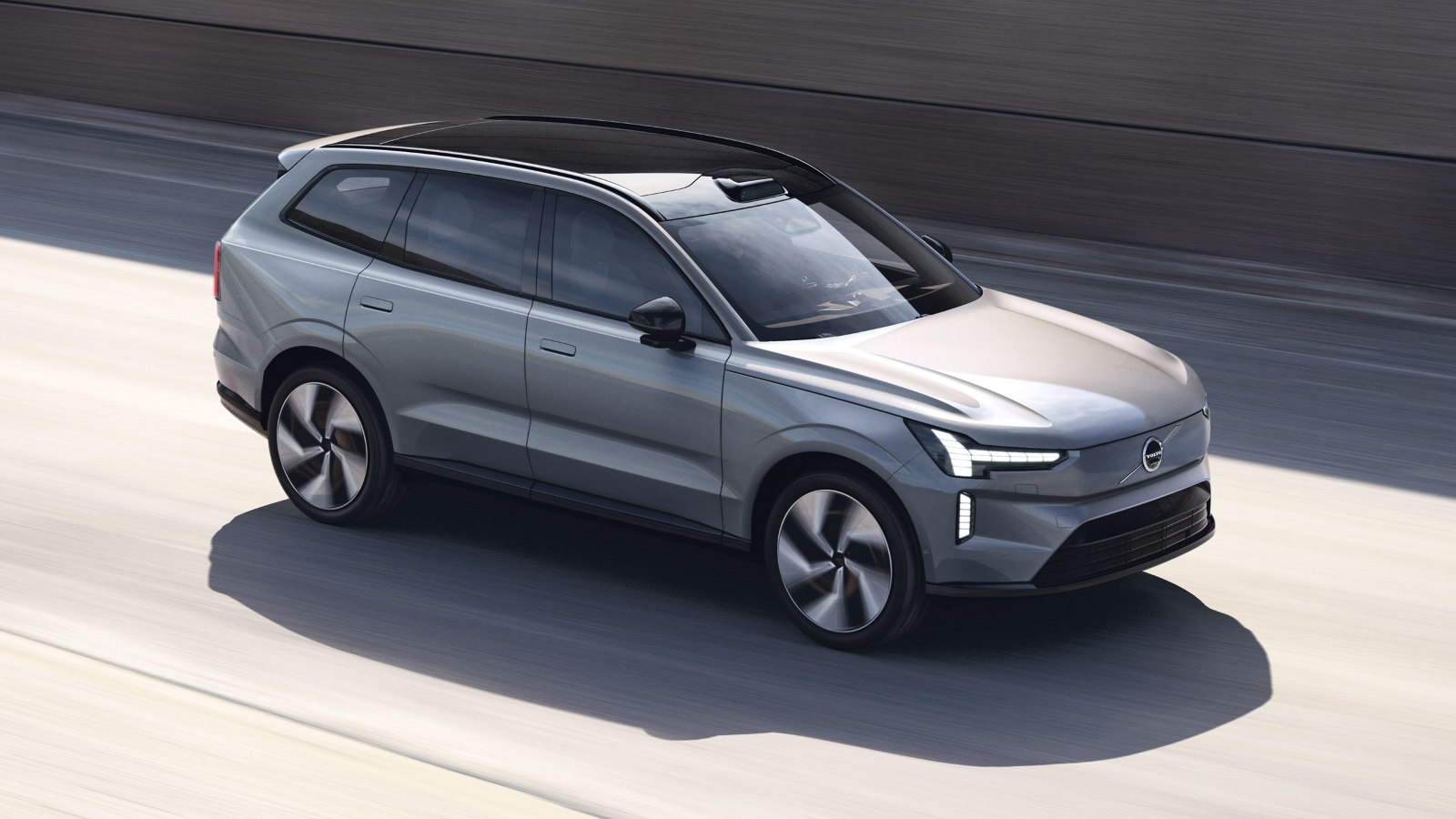 Power comes from a massive 111 kWh battery pack with 107 kWh of usable capacity sending current to a motor on each axle. The result is a stout 402 horsepower, 568 lb.-ft. of torque, and an expected range on the optimistic WLTP cycle of 372.8 miles (600 km). That last figure is particularly impressive given the EX90’s tall, square silhouette, a true testament to careful wind tunnel testing and efficient powertrain technologies. If 402 horsepower isn’t enough shove for you, Volvo will also offer a performance model with 496 horsepower and 671 lb.-ft. of torque. Sounds plenty quick, doesn’t it? 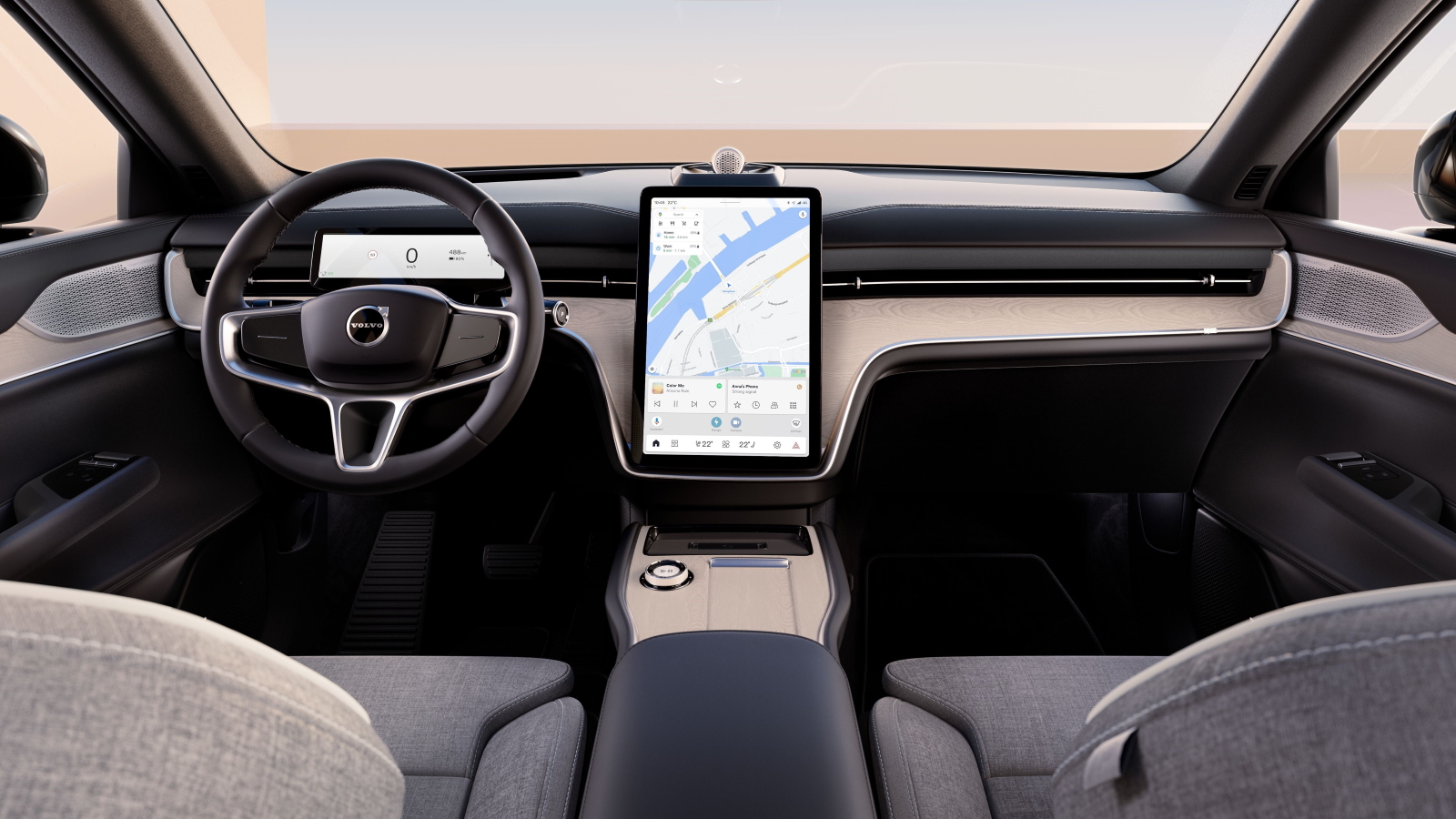 On the inside, proponents of physical controls are sure to be disappointed. Apart from a big knob on the console, there don’t seem to be any buttons or other tactile controls on the center stack. Volvo seems to have put everything in a massive 14.5-inch touchscreen that still runs on Android Automotive, albeit with graphics developed using Unreal Engine. There’s good news for Apple users as wireless CarPlay is standard, and good news for tech fans as a new Bowers & Wilkins top-spec audio system is said to support Dolby Atmos. Still, my kingdom for a knob and all that. 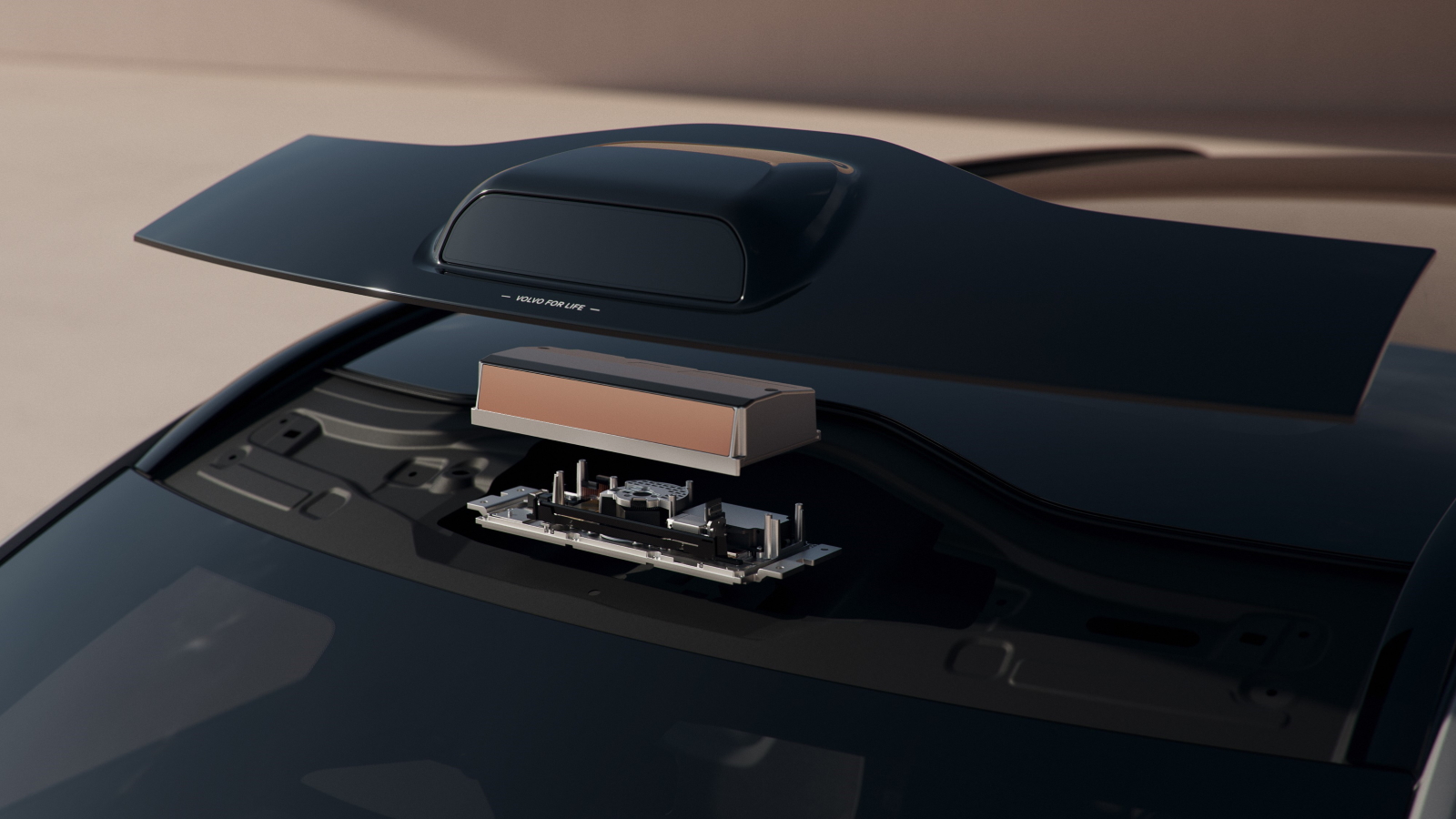 Of course, this is a Volvo so we have to talk about safety. In addition to the usual blind-spot monitoring and automatic emergency braking, the EX90 gets roof-mounted LIDAR for Level 3 automation. [Editor’s note: Actually, I don’t think this is true. The semi-automated driving features that Volvo is planning does not use SAE Levels to describe them, according to Volvo; I (Jason) just talked to the guy in charge of the system and will have more on this soon.  It’s complicated, but very interesting. – JT] Volvo says that as soon as California regulators approve its Level 3 system, it’ll offer it as a subscription service. While Level 3 autonomy uses a lot of in-car hardware, constant software development may justify some sort of subscription service, so let’s hold our horses before forming a verdict on this. Oh, and as another interesting trick, the EX90 is supposed to detect if you’re falling asleep at the wheel and stop if you’re incapacitated.

While I wouldn’t expect detailed pricing to arrive until closer to the EX90’s launch in 2024, the EX90 is said to start below $80,000. That’s a lot of money, but an XC90 Recharge with zero options starts at $72,995 including a $1,095 freight charge, so the price bump over a plug-in hybrid sounds fairly reasonable. While I’m not too sure about the choice of an all-touch infotainment interface, the EX90 otherwise seems like a very fitting next step for Volvo.

This is a developing story that will be updated as Jason, our man on the ground, continues to sleuth around.

All photos courtesy of Volvo

Thomas is a Nu Rave-blaring, heel-toe downshifting, maple syrup-swilling, chassis-geeking, junkyard parts-hauling, floppy-haired scenester who's been writing about cars since college. His current ride is a 2006 BMW 325i with the six-speed manual gearbox. Instagram: @thomas.hundal Twitter: @thomashundal
Read All My Posts »
PrevPreviousTo The Man Selling His ‘Rusted To Hell’ 275,000 Mile Jeep Using Photos Of It Stuck In A Mud-Pit: You Are A Legend
NextThere’s A Gorgeous Corvair Pickup For Sale And It Comes With A Sweet CamperNext