To The Man Selling His ‘Rusted To Hell’ 275,000 Mile Jeep Using Photos Of It Stuck In A Mud-Pit: You Are A Legend

Selling a car is a bit of an art, and doing it properly requires presenting it in just the right way. It’s not always obvious what that right way looks like, but it’s easy to spot the wrong way. This gentleman in Michigan selling his Jeep XJ is definitely doing it the wrong way, but this may be an instance where it’s just so wrong that it’s somehow right.

Hop onto Detroit’s Facebook Marketplace and type in “2000 Jeep Cherokee,” and you’ll find one listing that really stands out from the rest:

You may be inclined to click that photo of the rusty Jeep for sale in Romeo, Michigan, because even though it has 275,000 miles on the clock, it’s also only $650! And that’s dirt cheap. 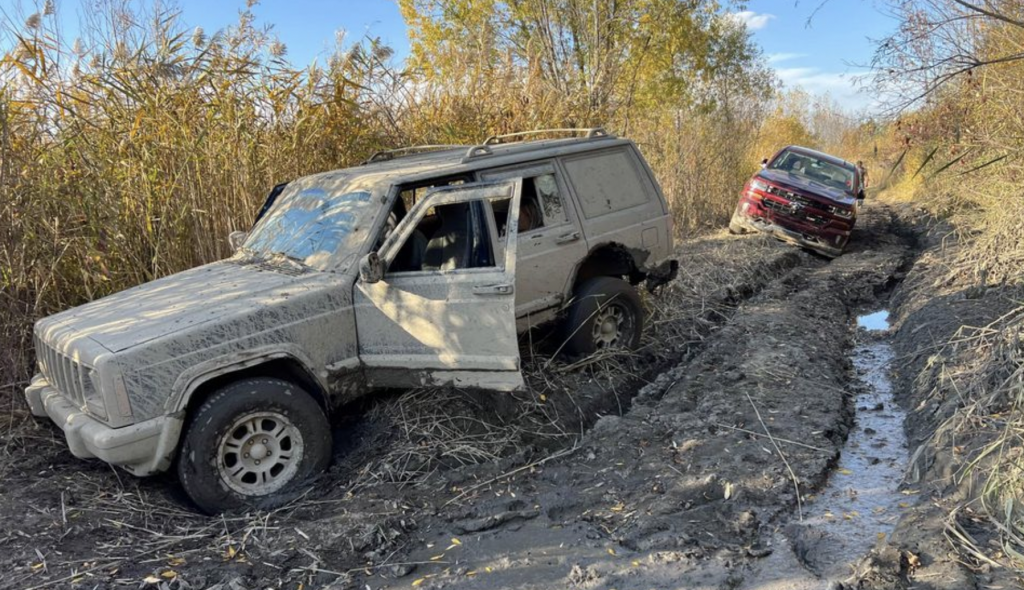 What you’ll find when you do execute that click are a bunch of pictures of the XJ stuck in a mud pit, along with a hilarious description from someone who, ostensibly, wants to actually sell his automobile.

“First $650 gets it,” the ad continues before finally offering good news — “Motor runs” — and then quickly following that up with bad news: “has a knock.”

Before the description concludes with “Be a good bogger,” it offers what I think might be one of the funniest admissions I’ve ever seen from someone trying to sell a vehicle: 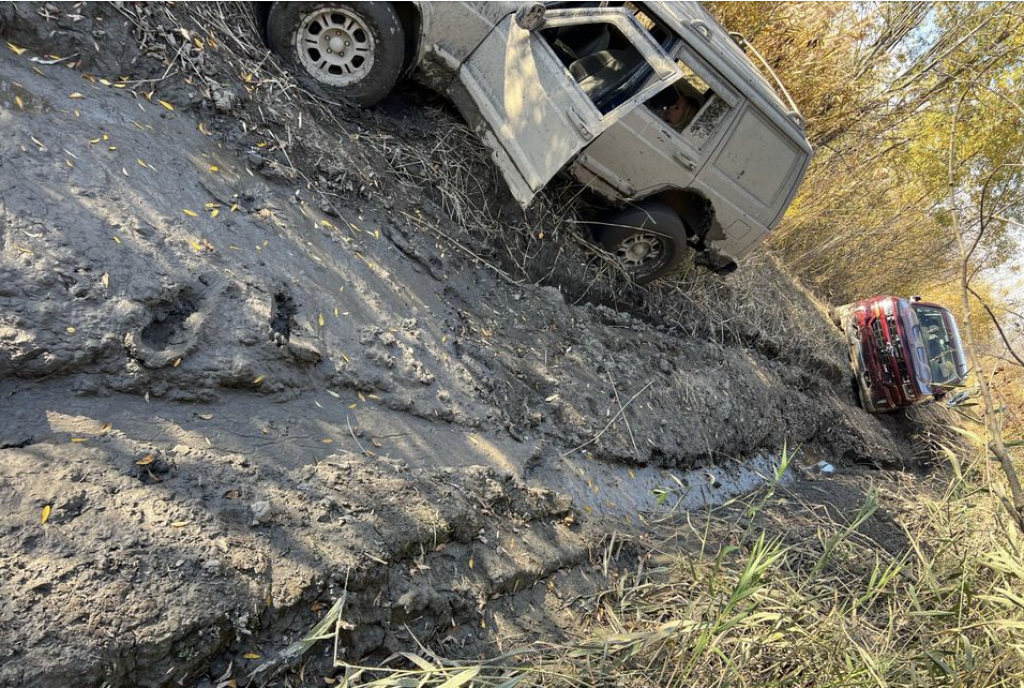 I reached out to the seller, who goes by RugRat on Facebook. “Bahahahah. Gotta show it how it’s used lol,” he responded when I told him I was planning to write up his absurd listing. When I asked if the car was being sold from that mud-pit, he said: “Oh lmfaooo. Noooooo. It’s in my yard lol those r the only photos I have tho lol.”

The photo above is especially good. You can only see the rear of the XJ, and of course, it’s stuck in that mud pit. 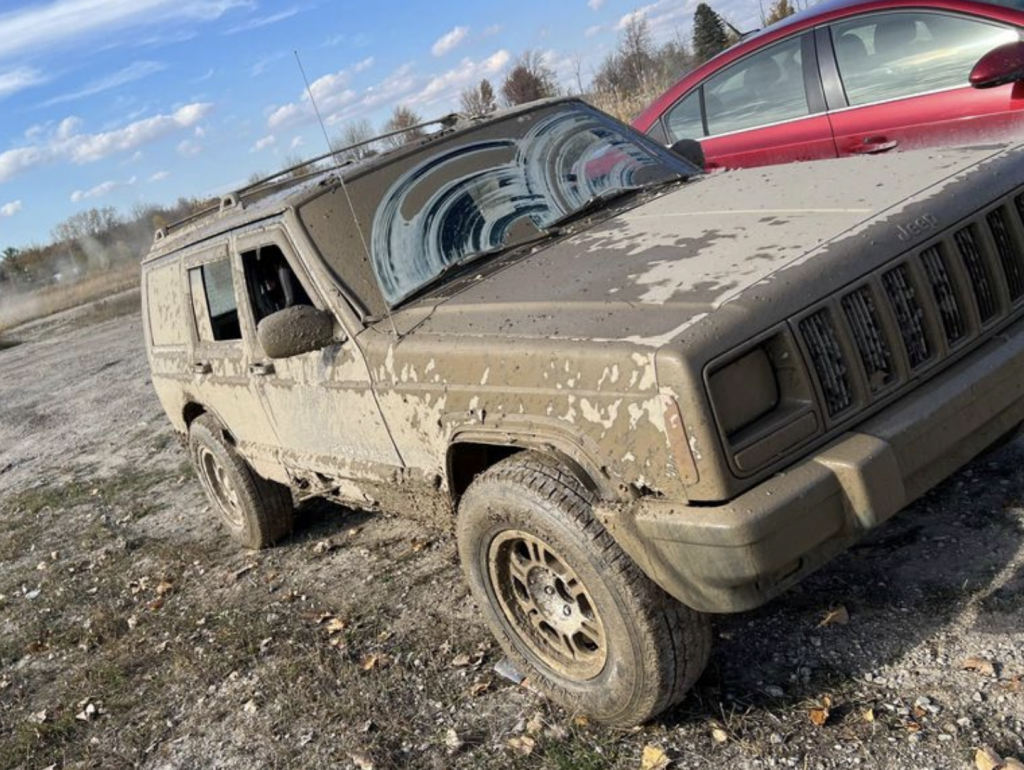 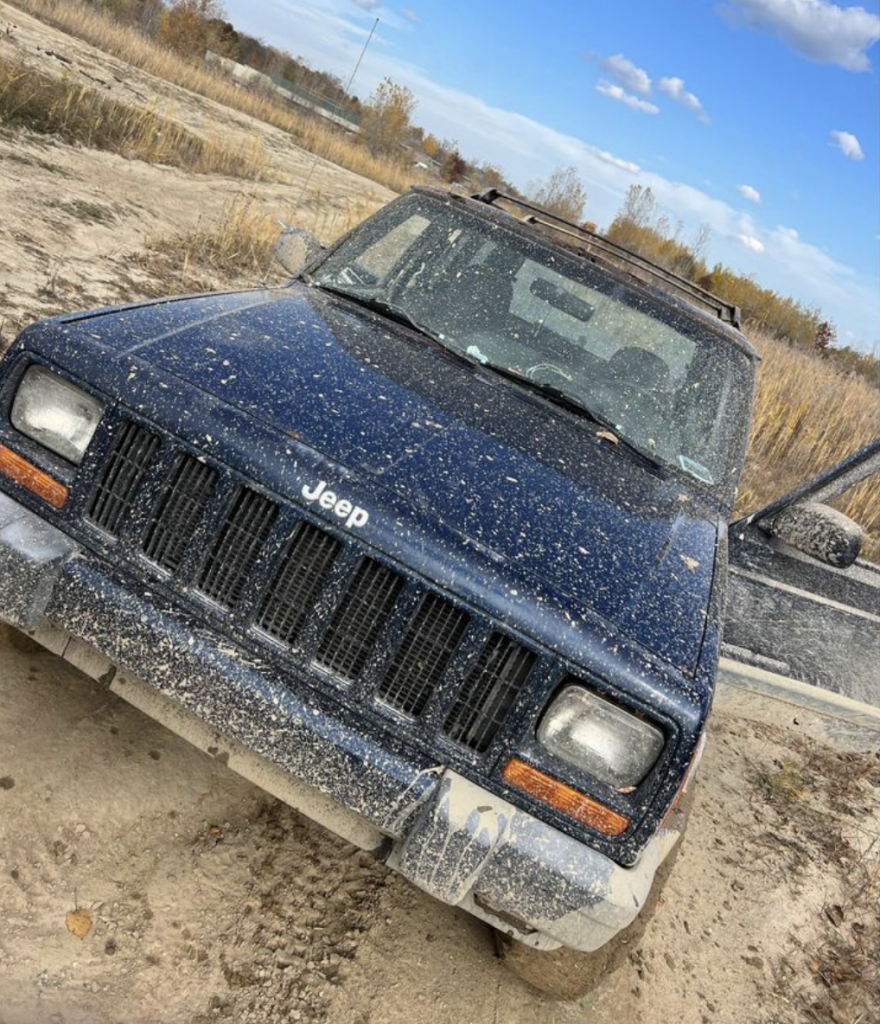 In the seller’s defense, not all the photos, which were all taken while off-roading, show the vehicle completely covered in mud. The photo directly above does reveal the vehicle’s paint color.

Anyway, I’m not entirely sure where I’m going with this article. I just saw a seller using photos of their stuck Jeep in a for-sale listing, along with “jeeps rusted to hell,” and figured I’d both give him props for his honestly and dont-give-a-damn-itude, and also tell you fine readers about it because it’s hilarious.