I have a lot of respect for Honda as a carmaker, but when it comes to the HR-V, I have to be honest with you here: it’s one of those cars that manages, somehow, to make me like it less and less with each generation, and I have to give Honda credit for keeping that slope plummeting downward, at least for me. The first generation HR-V is a car I genuinely love: clever, unsual-looking, fun. The next two generations (well, we only got one other one in the U.S.) were just, well, boring, and now we have the new one, and it just looks like it’s absolutely disgusted with me and all the stupid things I stand for.

In case you would like a little visual refresher on the evolution of the hilariously-named Hi-Rider Revolutionary Vehicle, which is what Honda tells us HR-V stands for, I have you covered: 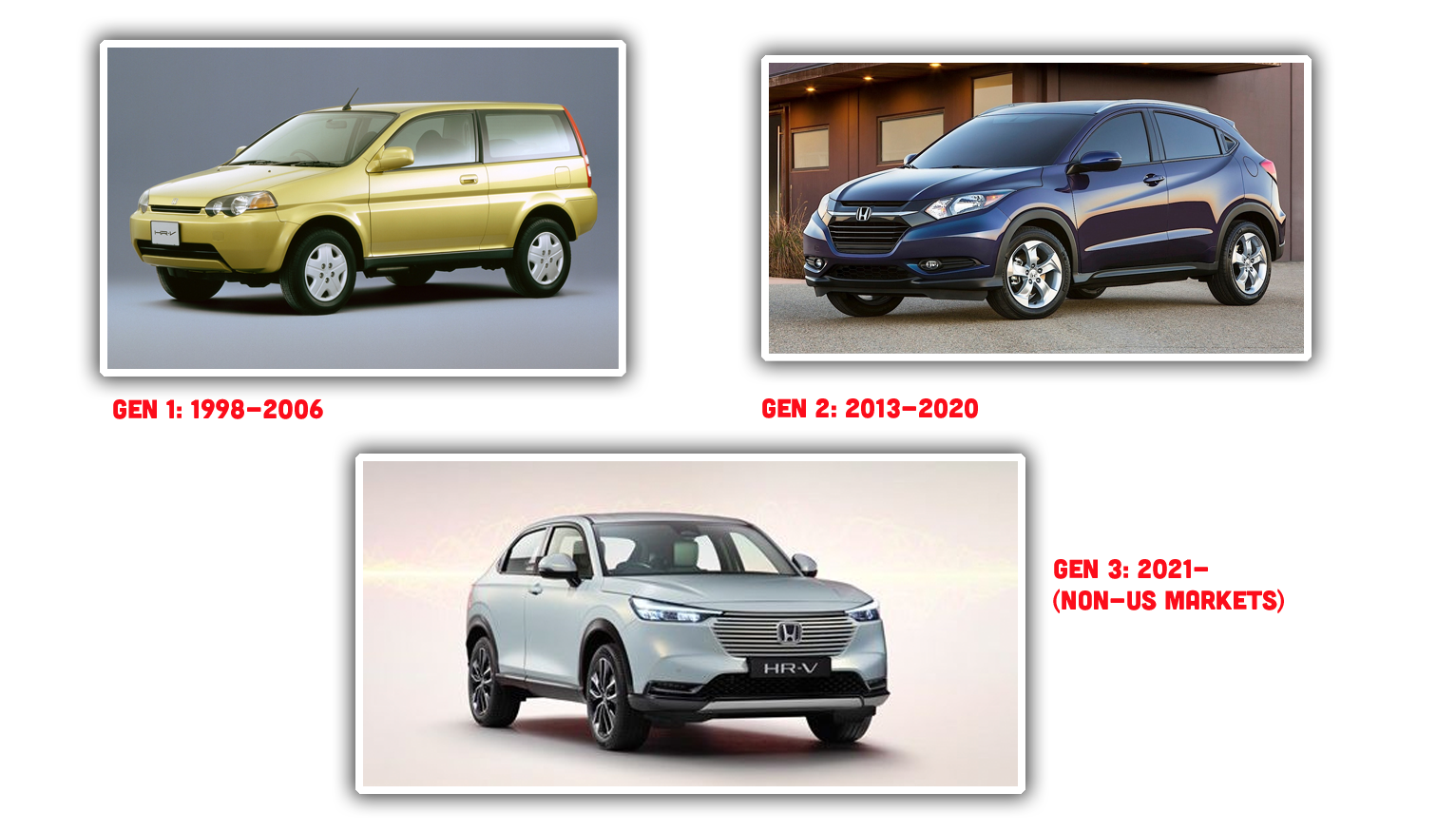 Look how incredible that first-generation one is! It came in both two- and four-door versions, and was a wedgy little FWD or 4WD small SUV based on the Honda Logo hatchback. It had a really distinctive look with that taught, angular body and the high-riding stance. It’s fantastic, and while we never got it here in the States, it always catch my eye when I see it in other countries.

The next HR-V was based on the excellent Honda Fit platform, but turned into the sort of anonymous crossover you could lose in a Target parking lot with only two other cars in it. Aside from a nice character line swooping up the side to that C-pillar-mounted rear door handle, it feels as generic as its big brother, the equally forgettable CR-V.

I mean, don’t get me wrong; both the CR-V and HR-V are fine and do their basic jobs well enough, but I think it would take a rigorous drug regimen and perhaps an elective surgery to make me able to actually give a shit about either car.

Europe and Asia got a new HR-V last year, still Fit-based, and still pretty forgettable, if maybe a bit more upscale-looking. Whatever you think of it, Honda decided it just wasn’t right for us Americans, so we’re getting this entirely different HR-V, based on the Civic platform, and with a whole new look: 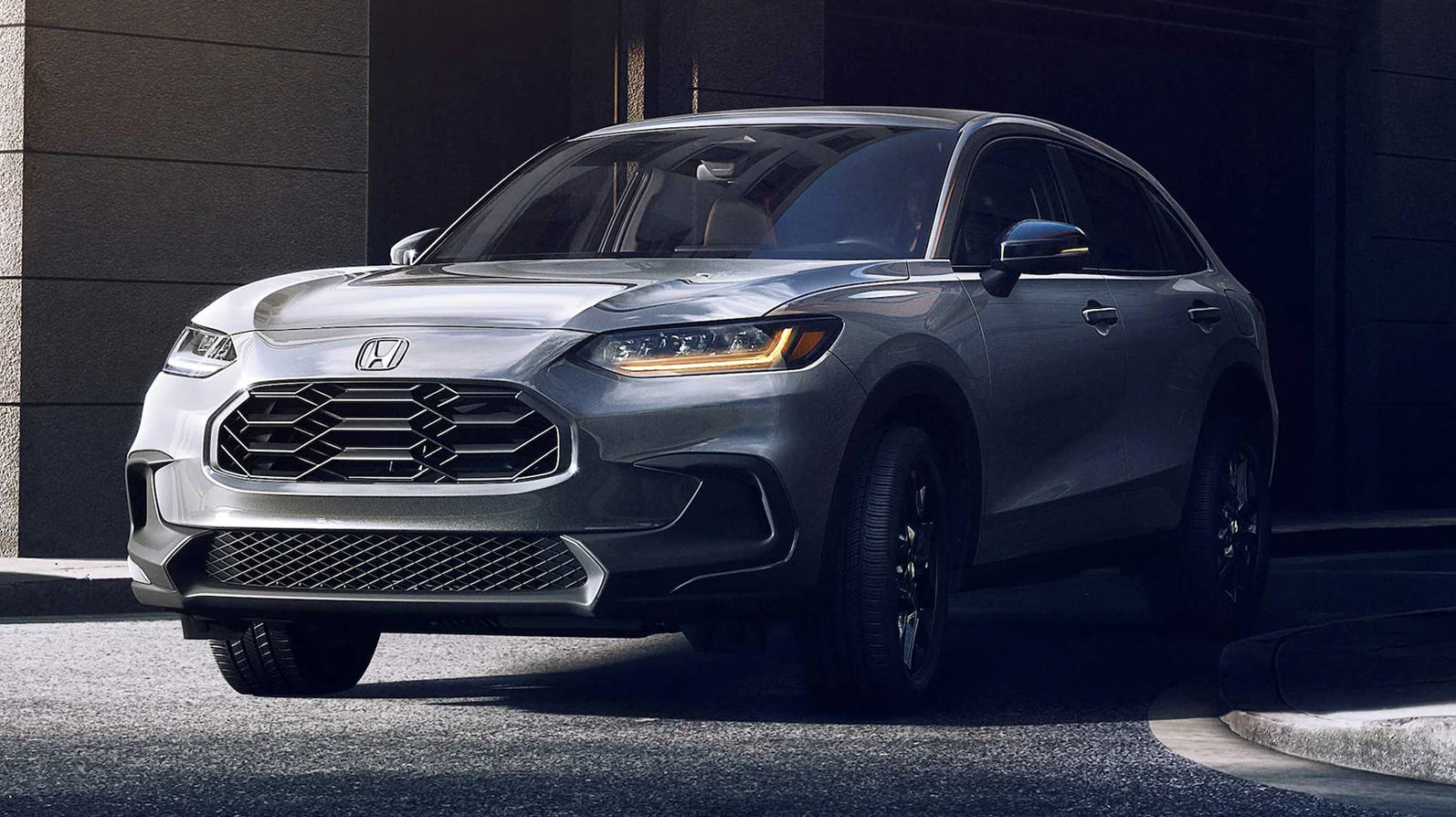 Honda hasn’t revealed any technical details yet about the new HR-V, though it’s likely that drivetrains will carry over from the Civic — maybe the 158 horsepower 2-liter four, or the turbo 1.5 liter four that makes 180 hp, possibly bolted to a CVT.

Honda only revealed that there would be “improved dynamics” and that there’s a new independent rear suspension, so not too much to go on. I’m sure it’ll drive just fine for what most buyers will demand of it.

We don’t know much about what’s underneath, so we may as well talk about the look, which means we have to talk about that face. Up top I put the visage it reminds me of most–one of those gray aliens, looking especially nonplussed with humanity.

Something about this face just looks disgusted. I get that aggression is a concept that American buyers especially respond to, but this feels more, I don’t know, judgmental than, say, determined.

It’s not happy with me. At all.

I do like the bold, elongated hexagon grille pattern, though, and the long, sharply-creased hood is handsome and hides the wipers away like a ’70s American car, so that’s not bad. 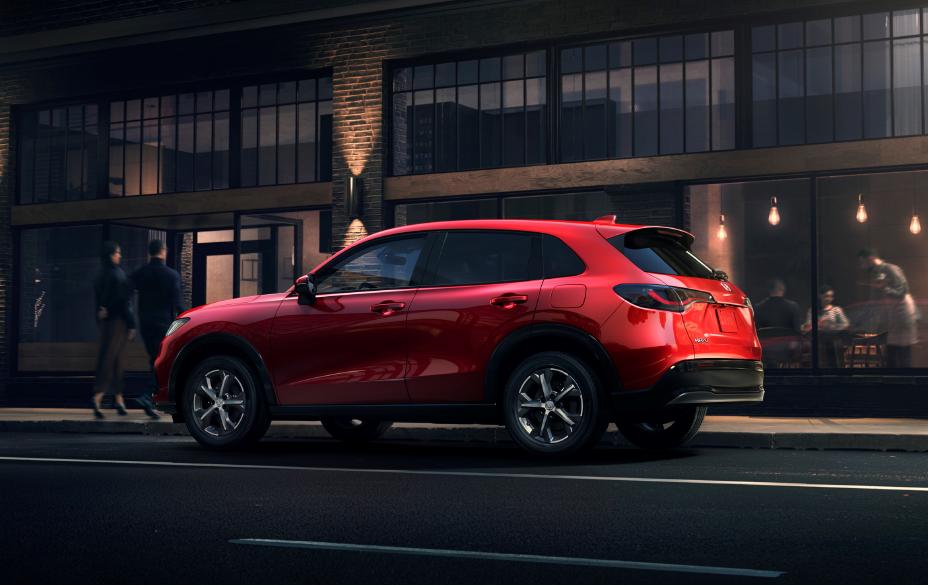 The side profile is clean and has a nice, recessed tuck in after the front wheelarch which helps reduce the visual bulk, but it’s really pretty forgettable next to most modern crossovers. I do like that it comes in at least one real color, though. 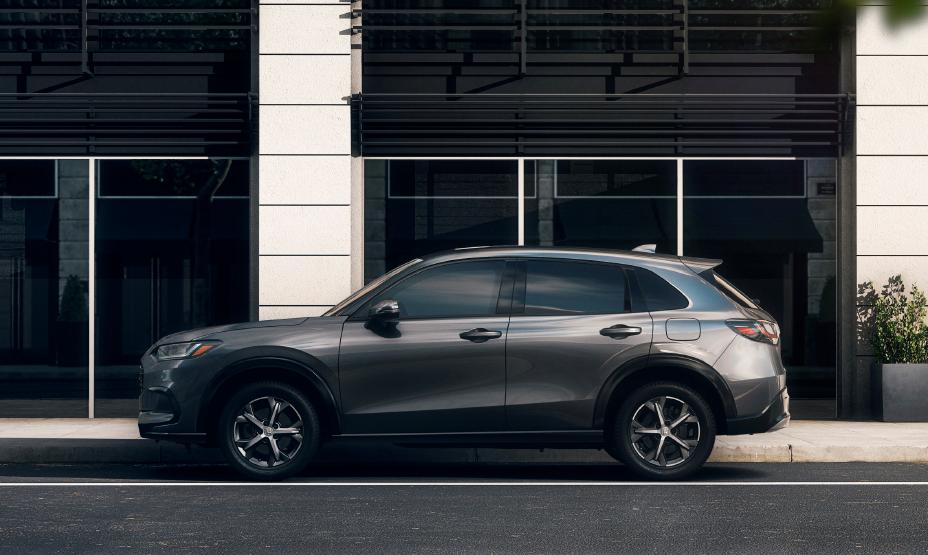 In silver, from the side, I think most people would walk right by it without realizing it’s anything new. Again, not bad, and very likely the right choice for the given market, but knowing the striking way the HR-V started life, it’s sort of disappointing. 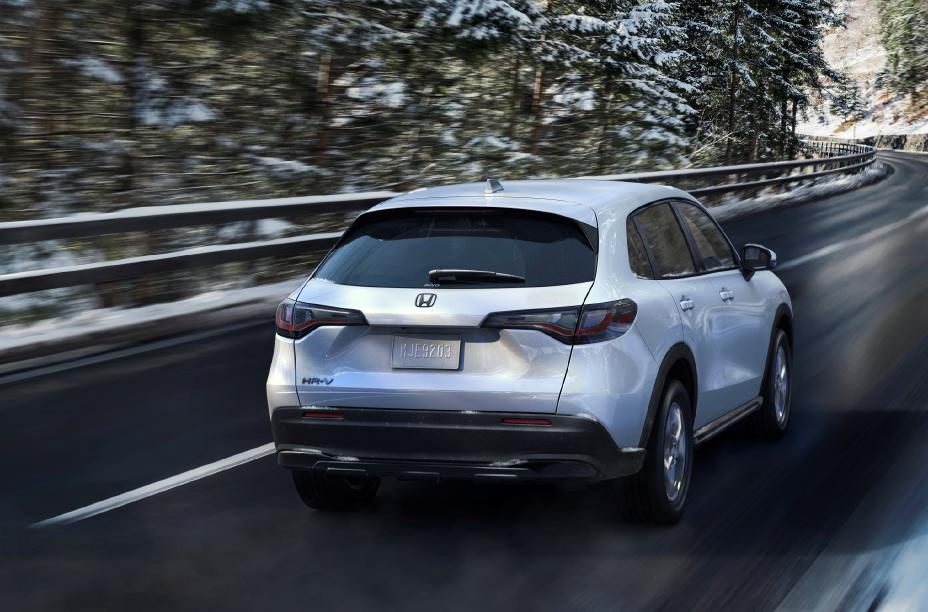 The rear is a similar story: basically fine, basically forgettable, could be any number of other current crossovers.

I suppose it’s possible you’re noticing that the roof looks somewhat cleaner than most crossovers and SUVs? No longitudinal seams where the roof panel meets the side rails? Honda is proud of that and tells us so:

I’m not sure I ever found roof moldings “unsightly,” but if that’s something that’s always bothered you, boy are you in luck.

So, if you’ve always wanted a crossover that’s forgettable from the sides and back but from the front looks like it just watched you eat a booger with glee, then I bet you’re going to love the new HR-V.

I'm a co-founder of the Autopian, the site you're on RIGHT NOW! I'm here to talk to you about taillights until you cry and beg me to stop, which I absolutely will not. Sorry. Hug? Also, David's friend.
Read All My Posts »
PrevPreviousNot-So-Hot-Hatches: Malaise Masterpiece or Much-Maligned MPV?
NextThe Next Rental Car You Abuse Might Be A Polestar 2Next