Car culture has given the greater culture a lot of important things: metaphors about grinding gears, tire swings, lyrical inspiration for Meatloaf, the achingly beautiful mystery of the Cars movie series, and so much more. There are also aspects of car culture that only serve to baffle and confuse human culture, cultural automotive artifacts that somehow remain part of the collective consciousness without providing anything beneficial or worthwhile. One such artifact is the infamous “Honk if You’re Horny” bumper sticker, which for some reason has been weighing heavily on my mind, so I’m going to exorcise it here, with apologies in advance. I discussed this in depth with my wife, and she agreed there’s something important here, so let’s just get through this.

Granted, you don’t see these bumper stickers out in the wild that much anymore, at least not to the degree they were seen in their mid-’70s heyday, but somehow this bumper sticker is still part of the cultural landscape. It was referenced in The Simpsons even: 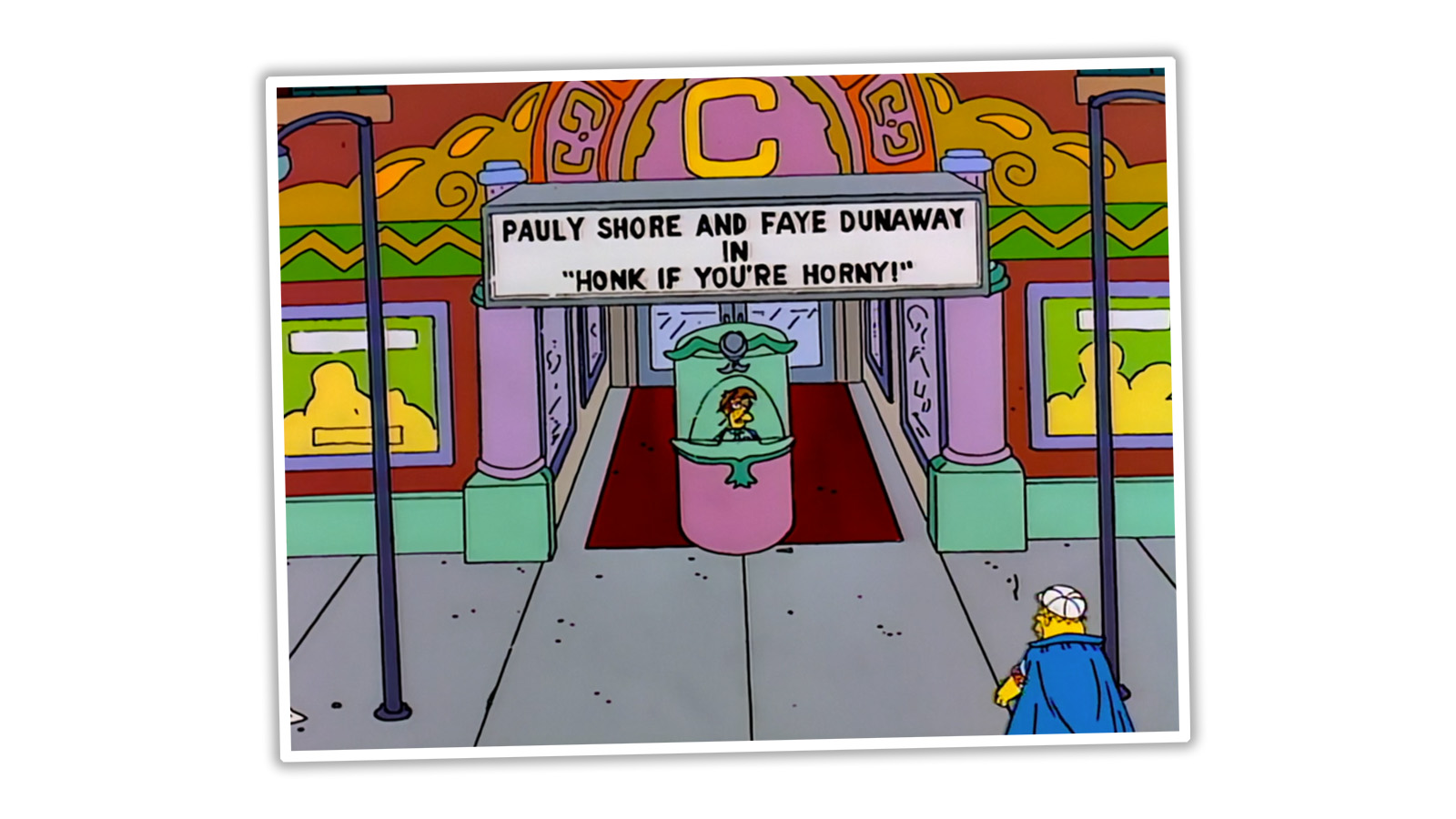 What really makes this reference so good is the cast of the movie: Pauly Shore and Faye Dunaway. Why has cruel reality kept this magical pairing away from us?

It’s a weird thing, because it’s the exact same thing as walking around in a crowded, public space and yelling “Hello everyone! I’m curious to know who is currently sexually aroused! Please call out to me if this is a condition you’re currently experiencing! Thank you!”

For some reason, I tried re-imagining the sticker as if Rene Descartes said it, but I don’t think the Cartesian version works any better, really:

Now, none of this is the bombshell I promised in the headline. Well, let’s be honest here: overpromised. But I do have a realization that, somehow, never occurred to me before: This bumper sticker is simply based on wordplay.

Or goosehood, but so far I’ve yet to see a Honk if You’re Goosey bumper sticker.

First, to the roots. Horn can be traced to the Latin cornu. The proto-Germanic horna bloomed in Old English, in “Beowulf,” around the year 725. (This scholarly material is being larded in to reassure nervous editors.) The original meaning referred to the hard protuberances growing from the head of ungulate mammals or mythic creatures like the satyr, a bestial being combining a goat (undeservedly vilified as a lecherous beast) and a human.

Now to the point. A horn is hard; it is shaft-shaped; since the 15th century, it has been used as a symbol for the male’s erect sex organ. “No horn could be stiffer,” John Cleland wrote in “Fanny Hill” in 1749; earlier, Shakespeare used the term horn-mad in “Much Ado About Nothing” and other plays to mean both “lecherous” and “cuckolded.” The nose “horn” of the rhinoceros has long been believed to possess aphrodisiac qualities, which led to the endangerment of the species.

If you do happen to have a penis that resembles a musical instrument horn like, say, a bugle, I’d encourage you to seek medical attention as soon as you’re able. 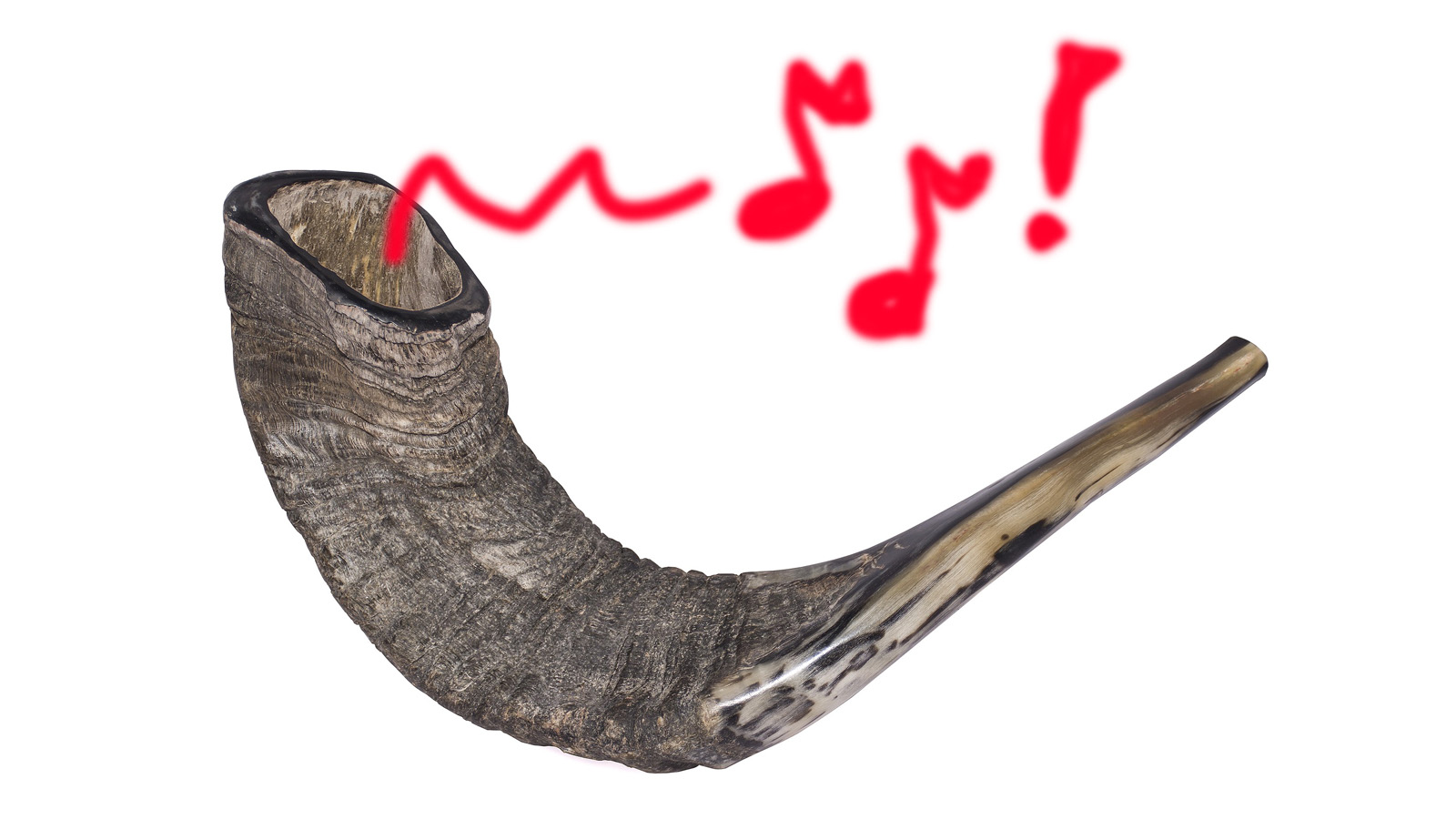 Maybe I’m being a bit unfair by saying it’s just a synonym-based connection, because the origin of “horn” for a musical instrument does come directly from an animal’s horn, since animal horns were used as some of the earliest musical horns, a tradition perhaps best remembered today by the Shofar, the ram’s horn we Jews blow during the High Holy Days to wake everyone up in the back rows.

Okay, so, let’s recap here: The famous bumper sticker that reads “Honk if You’re Horny” is based on the wordplay of the meaning of the word “horn,” something that can honk, like a car horn, and also, when forced into adjectival form via the addition of a “y” at the end, suggests a slang term that refers to sexual arousal, a term that itself was derived from the similarities of an animal horn to an erect phallus, the animal horn lending its name to the honking musical instrument via the use of literal animal horns as the earliest form of musical horn.

Are we all clear now? I hope so. Too bad it’s still an idiotic bumper sticker.

I'm a co-founder of the Autopian, the site you're on RIGHT NOW! I'm here to talk to you about taillights until you cry and beg me to stop, which I absolutely will not. Sorry. Hug? Also, David's friend.
Read All My Posts »
PrevPreviousParts Bin Puzzle: What’s Under The Skin Of This Obscure Dutch Kit Car?
NextThis 1914 Ford Model T Appears To Be The Oldest Surviving Motorhome In The WorldNext