The Survival Of ‘Sir Vival,’ The Strangest Safety Car Concept Ever, Now Rests in the Hands of the World’s Quirkiest Car Museum 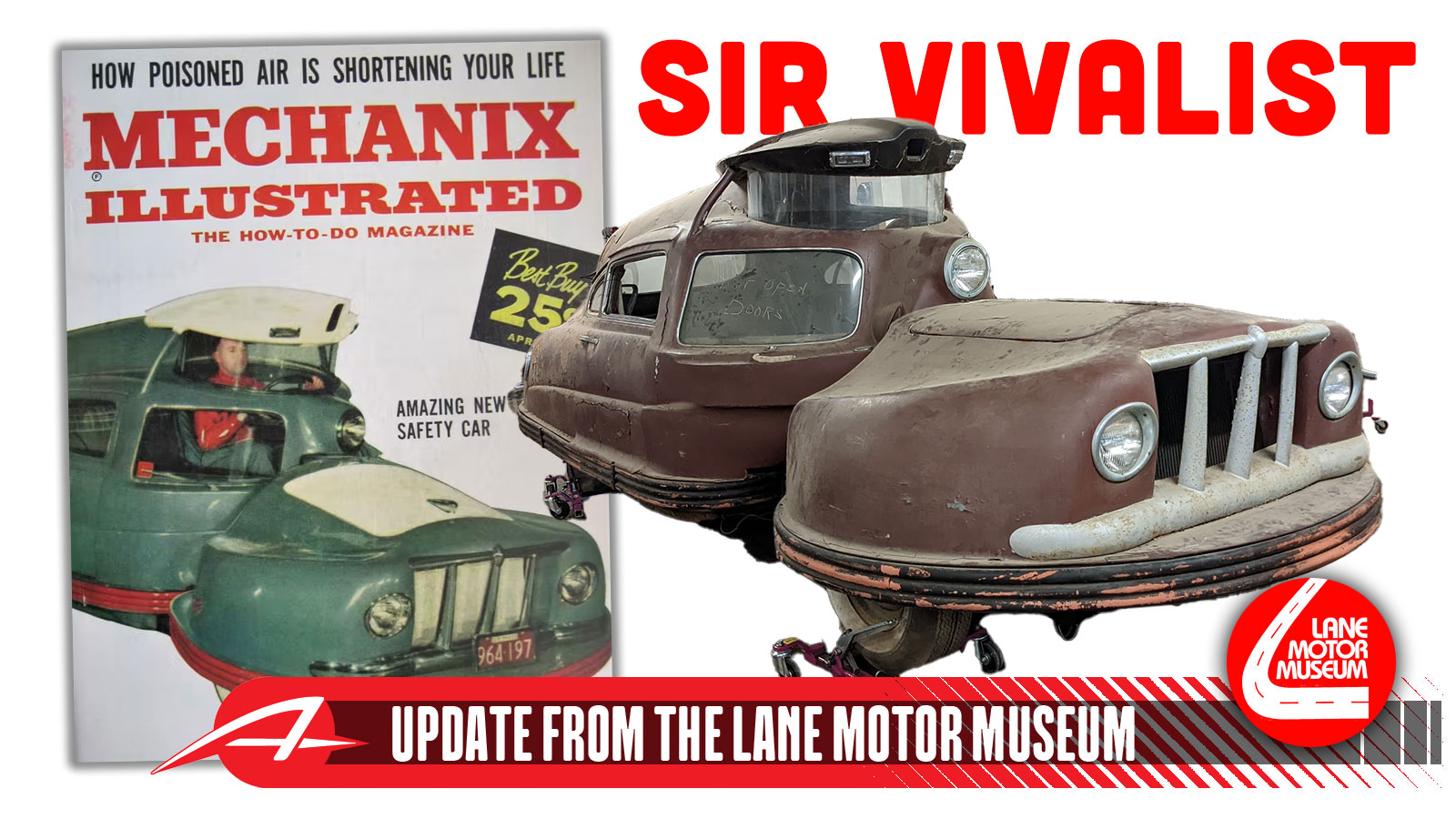 When we get a new car here at Lane Motor Museum, where I work as Education Director, people often ask how we go about the process of restoration — what we save, what we recreate, and what we redesign (in some instances). Sometimes our project cars are a little more gone than we were expecting, as is the case with our latest acquisition, the glorious experimental safety car from the late 1950s: “Sir Vival.” 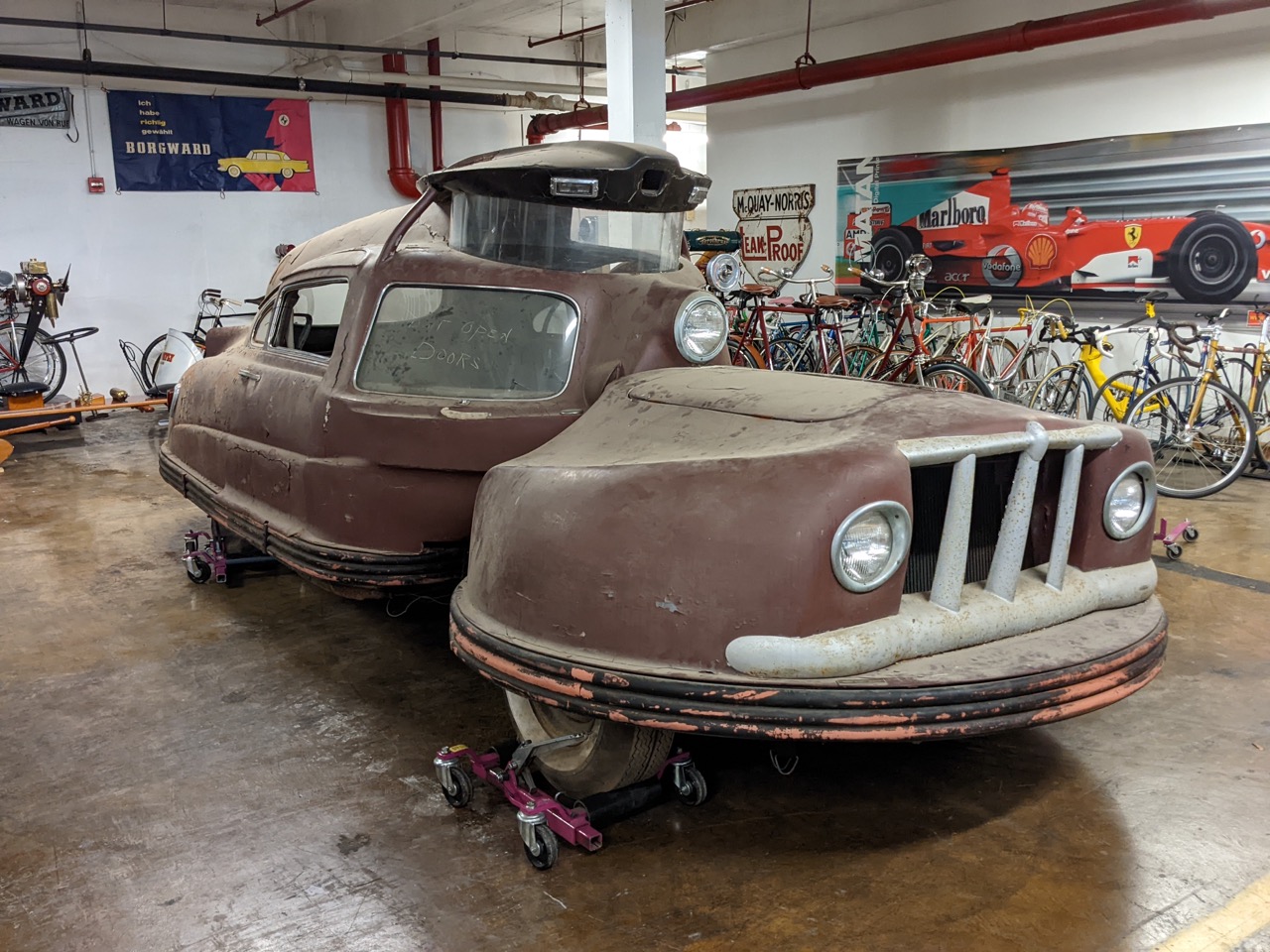 First, a brief history of the fantastically-named Sir Vival. Walter C. Jerome of Worcester, Massachusetts, was one of many folks that were increasingly concerned about rising traffic fatalities. He felt that Detroit automakers seemingly had zero concern for driver’s safety, and set out to design a “revolutionary” safety vehicle, with the goal of protecting the people inside the car from harm as much as possible. 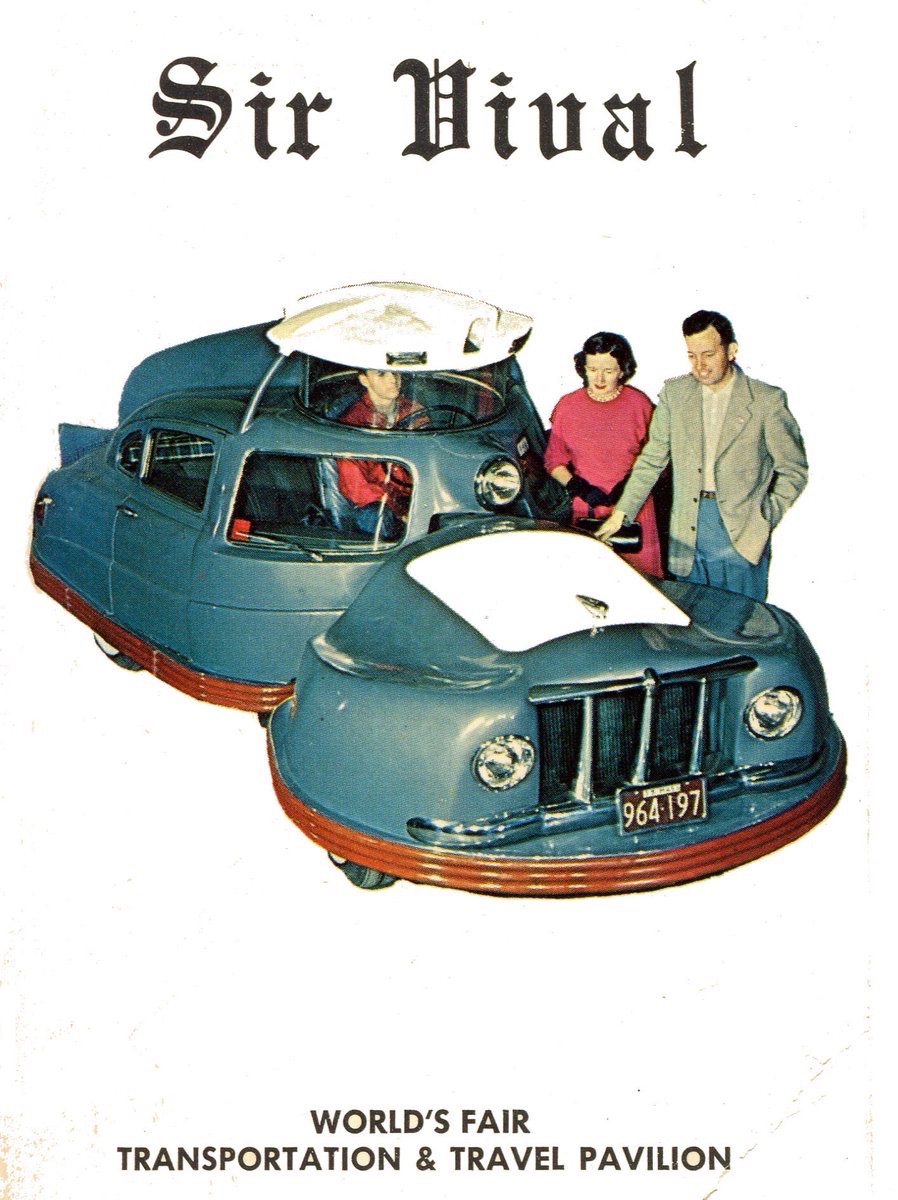 He purchased a 1948 Hudson Commodore from Bellingham Motors, which was owned by Donald Moore. He then set to work on constructing his safety car. Sir Vival had a distinctive two-part construction, where the engine and front wheels are separate from the main passenger cab via an articulated u-joint. The thought process here was that in a front or side collision the sections would articulate around the vertical axis and absorb the critical shock of the collision. This feature, along with the elevated driver’s turret, made for a bizarre sight going down the road. It made it onto the cover of Mechanix Illustrated, and even made an appearance at the 1964-65 New York World’s Fair. 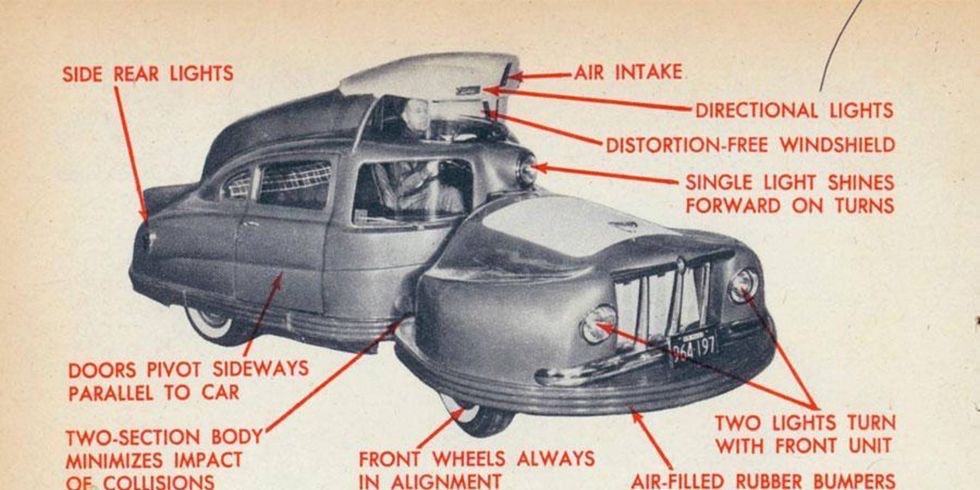 The son of Donald Moore, Ed Moore of Bellingham, Massachusetts, reached out to Jeff Lane a few weeks ago and said he was ready to sell his knight in rusty armor. His dad’s garage was scheduled for demolition, and Sir Vival had to find a new home. 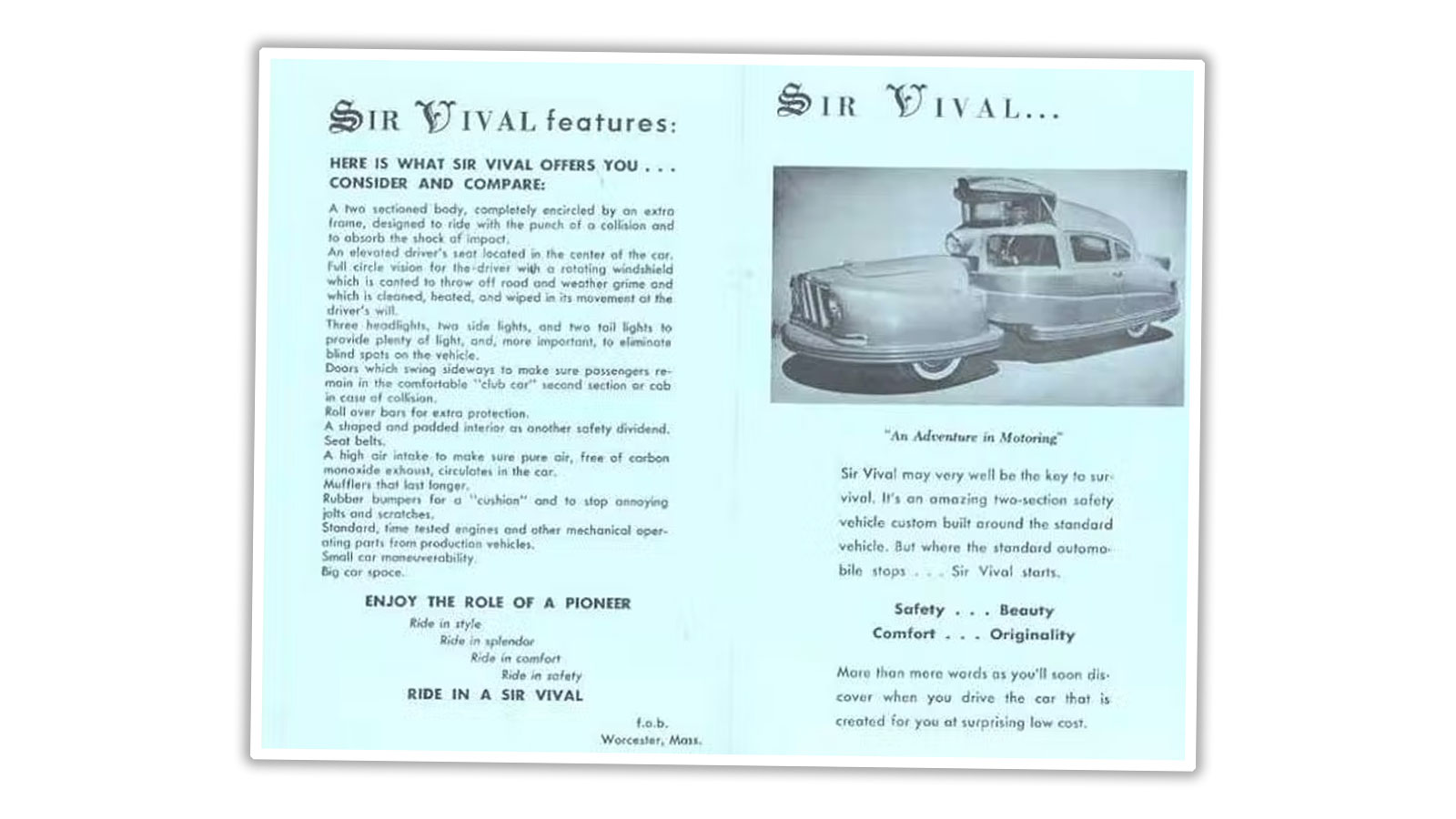 Along with the car, the museum received all of Mr. Jerome’s archival materials, so there will be more deep dive articles in the future. But for now, let’s see how our Curator of Collections, Derek E. Moore (no relation to the Moore family of Bellingham Motors), is planning to conserve this thing. 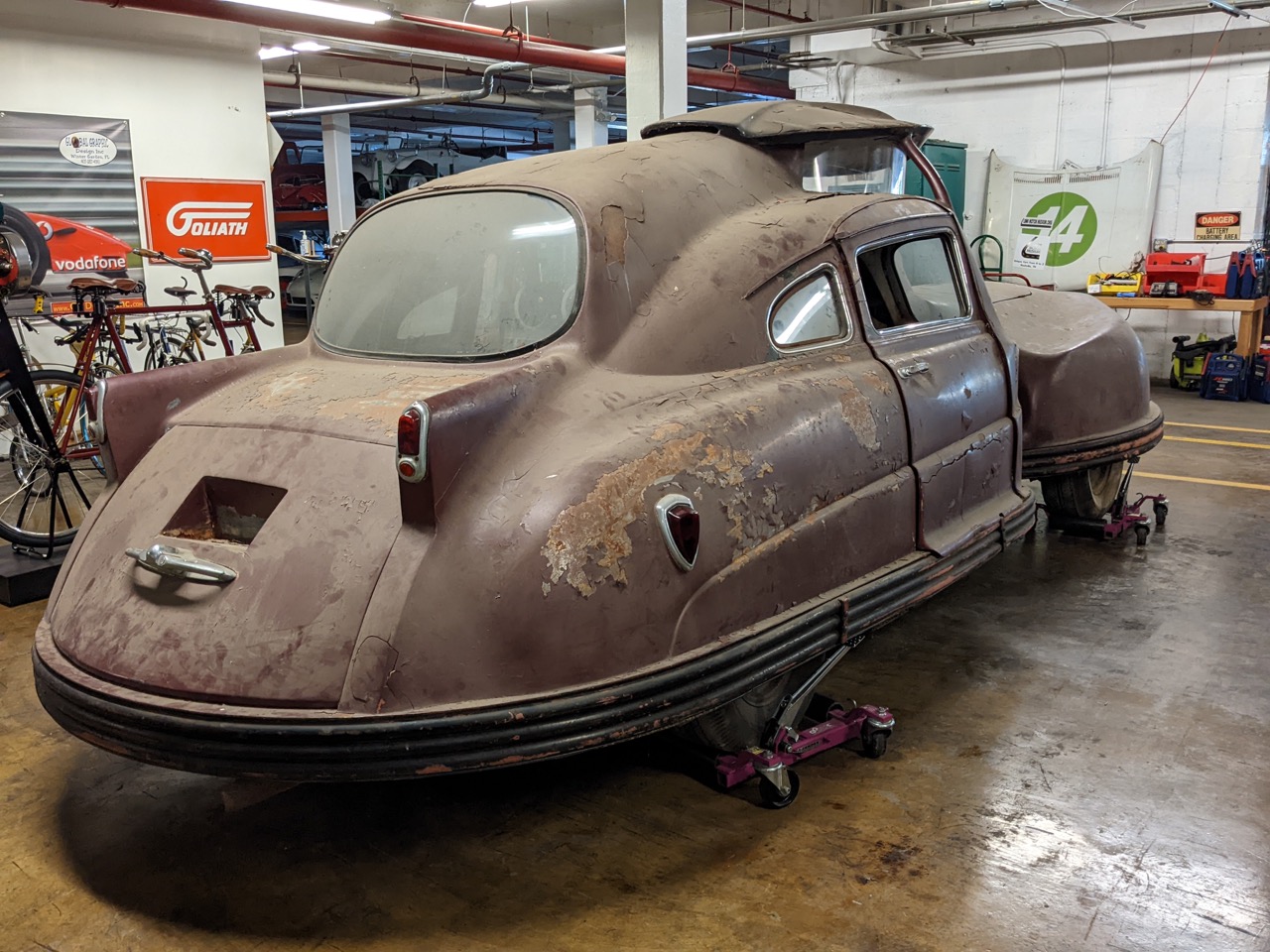 [Editor’s Note: I’m so excited about this. I’ve been reading about this bonkers thing ever since I was a kid, and have always been fascinated by the sheer, unapologetic strangeness of it all. I’ve made Rex promise that I’ll be the first auto journo to drive this thing when it’s done, so all of you help me keep him to that! I can’t wait. Also, here’s some period footage of Sir Vival back in its youth. –JT]

Stabilizing the painted surfaces, so that we don’t lose any more paint when we get to the cleaning stage. This is definitely something you don’t want to just take a power washer to. If we were to repaint it, we could do that, but Derek is trying to preserve what is left, not replace it. You can see the severe flaking in the picture. How much “memory” the paint has, or how much it will lay back down, is going to be the first challenge. 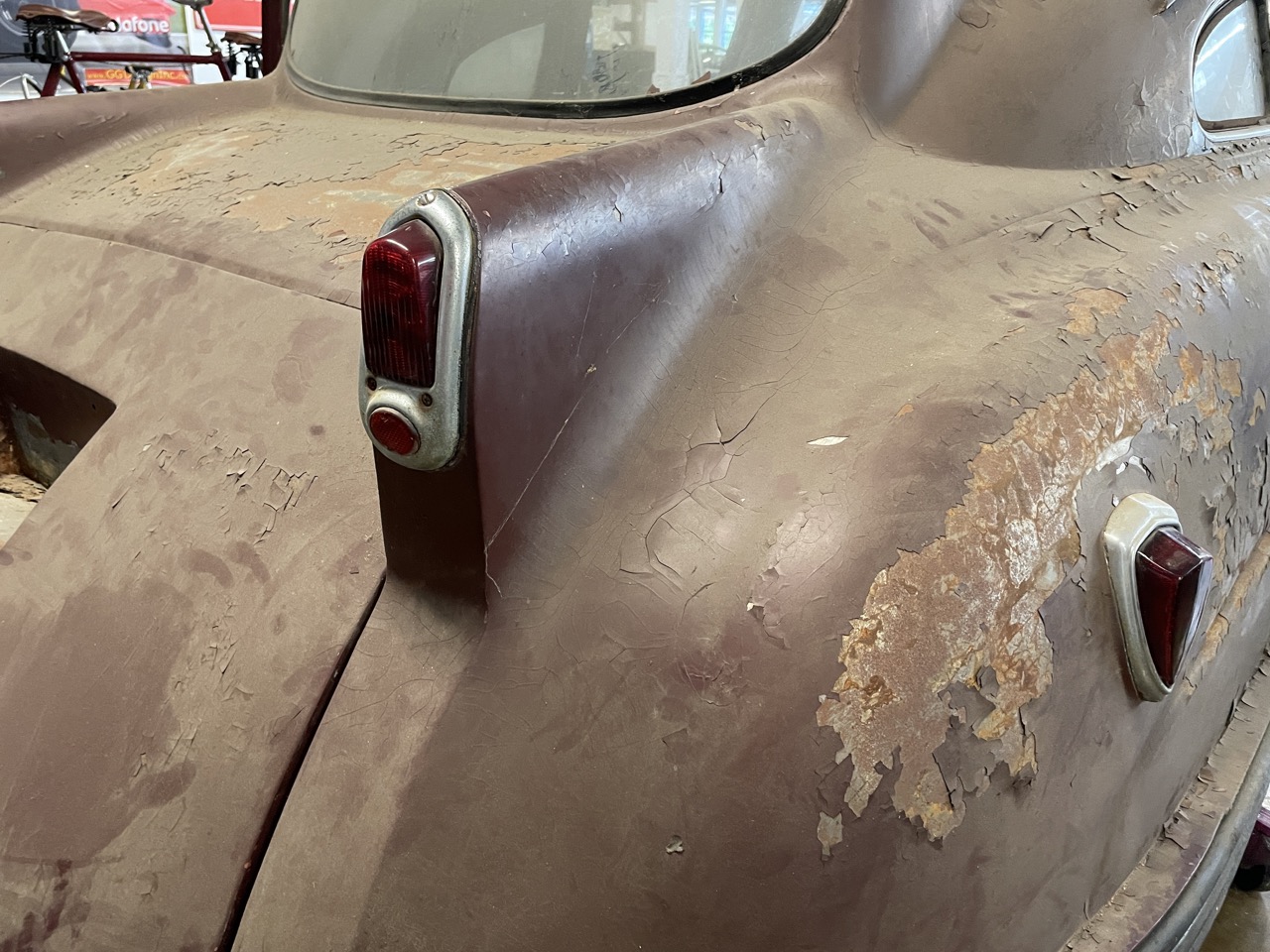 Derek will likely be using a polymer adhesion that will essentially “glue” the paint back onto the metal underneath. You can see in the above Mechanix Illustrated cover that it was green at one point, and now it’s a faded dark red, with varying primer coats in between. Here is a great cross-section of Sir Vival’s many coats of paint over the years. 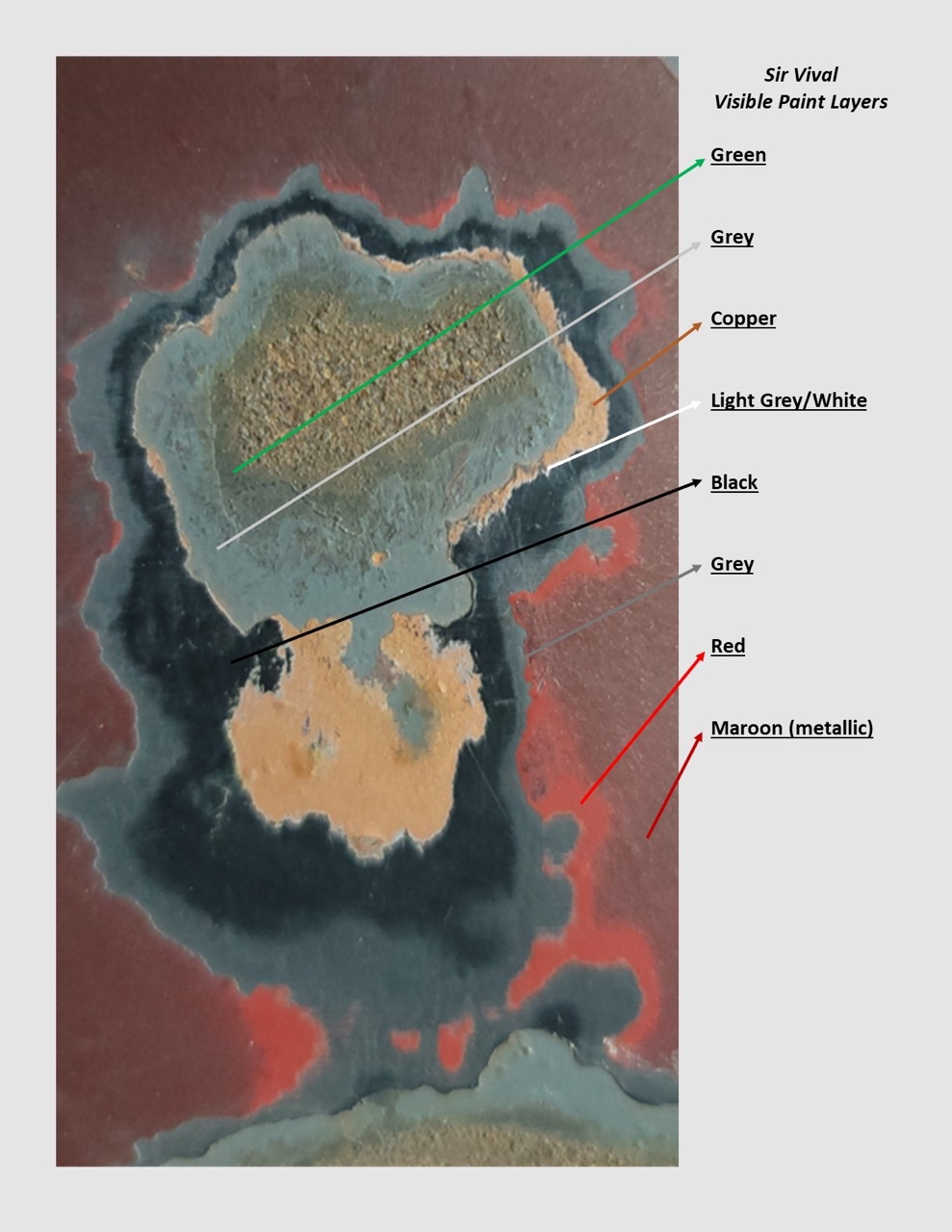 Once the paint is stabilized, we will do a thorough cleaning of the exterior. It will take multiple cleanings to remove all of the dust and dirt. 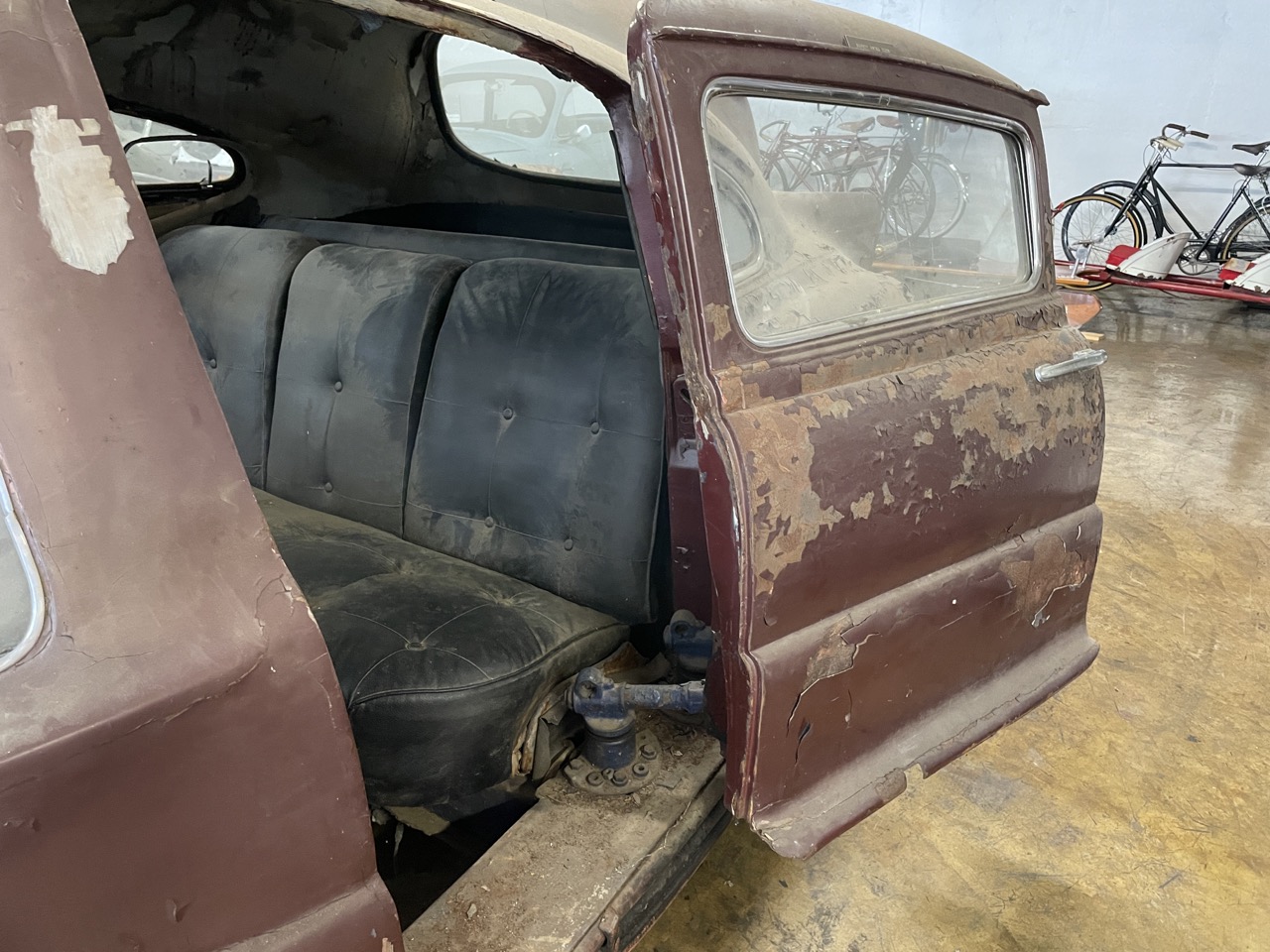 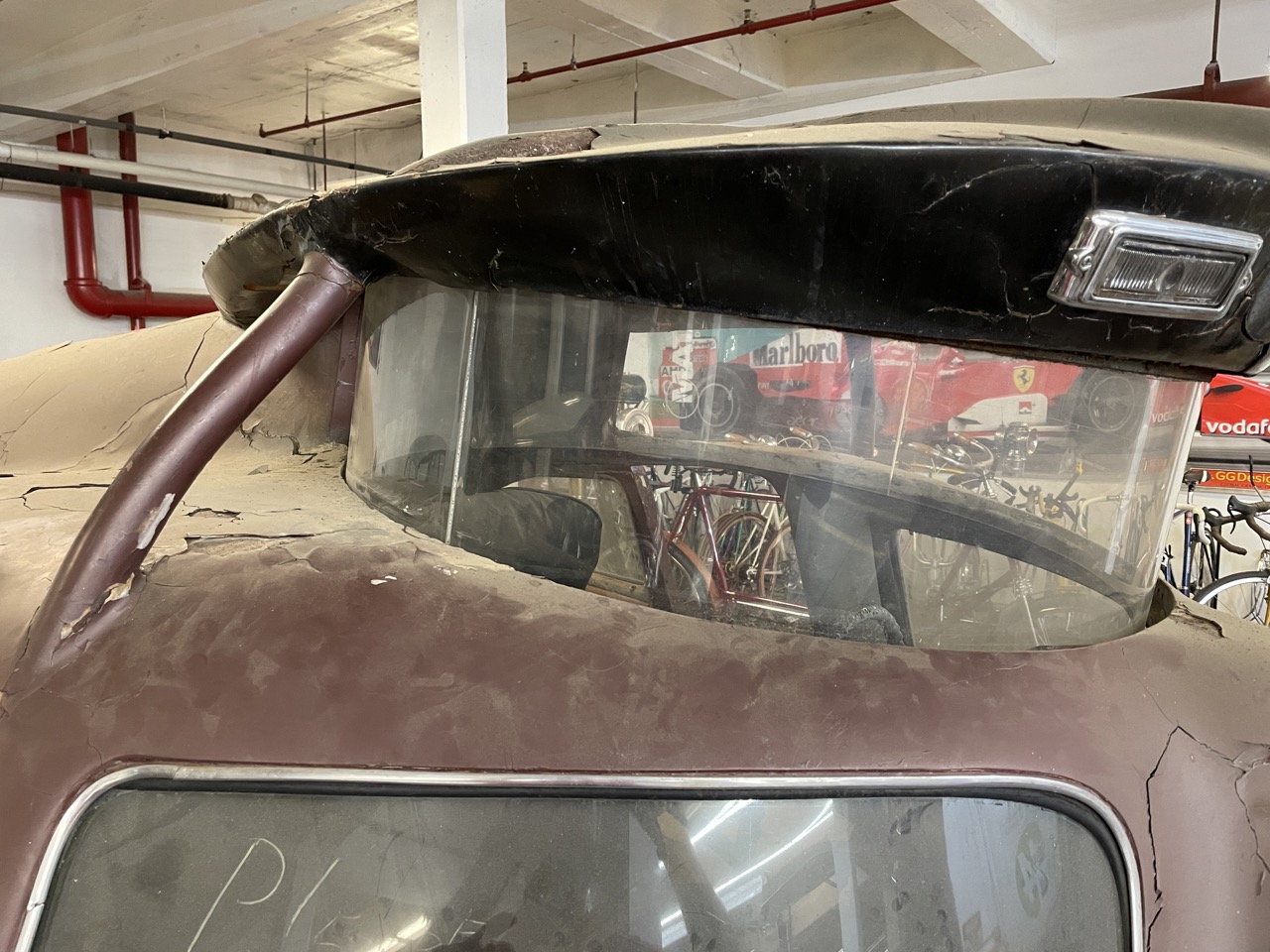 We will then split the car into its two halves, as the engine sits up in the front half. Most of Sir Vival’s Hudson Commodore parts are in the back half. Hudson parts can still be found, which is good, but there is still going to be a fair amount of fabrication. Currently, there are missing parts for the steering mechanism, so that’ll be fun. 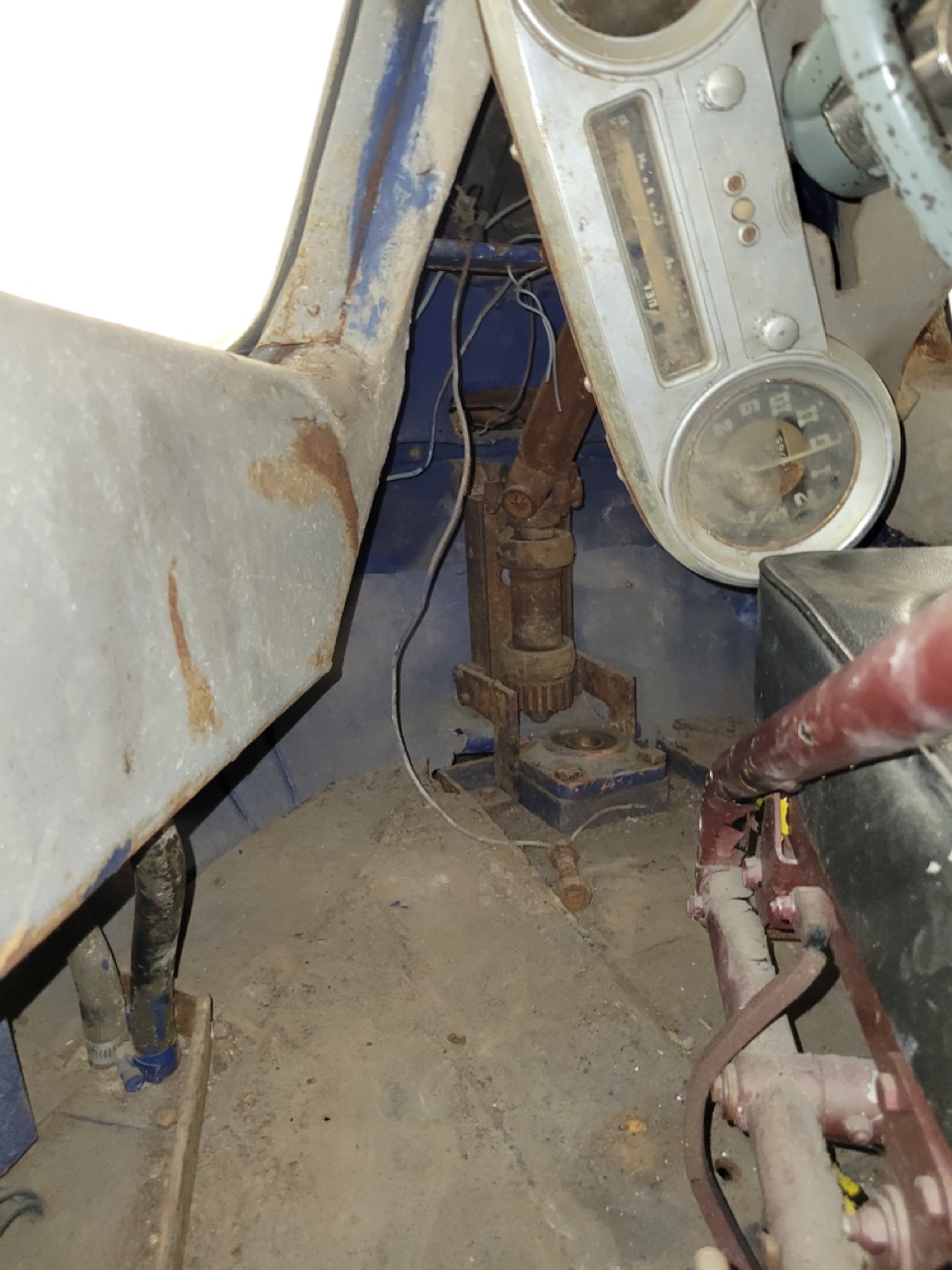 Interior restoration. The seats are in good condition, given their dusty appearance. Derek will conserve the door panels, and recreate what’s missing. We will obviously have to rebuild the gauge cluster in the driver’s turret, but the driver’s seat looks to be in good shape. We think the driver’s seat might be from a submarine or it’s a custom piece; at this point, we’re not sure. 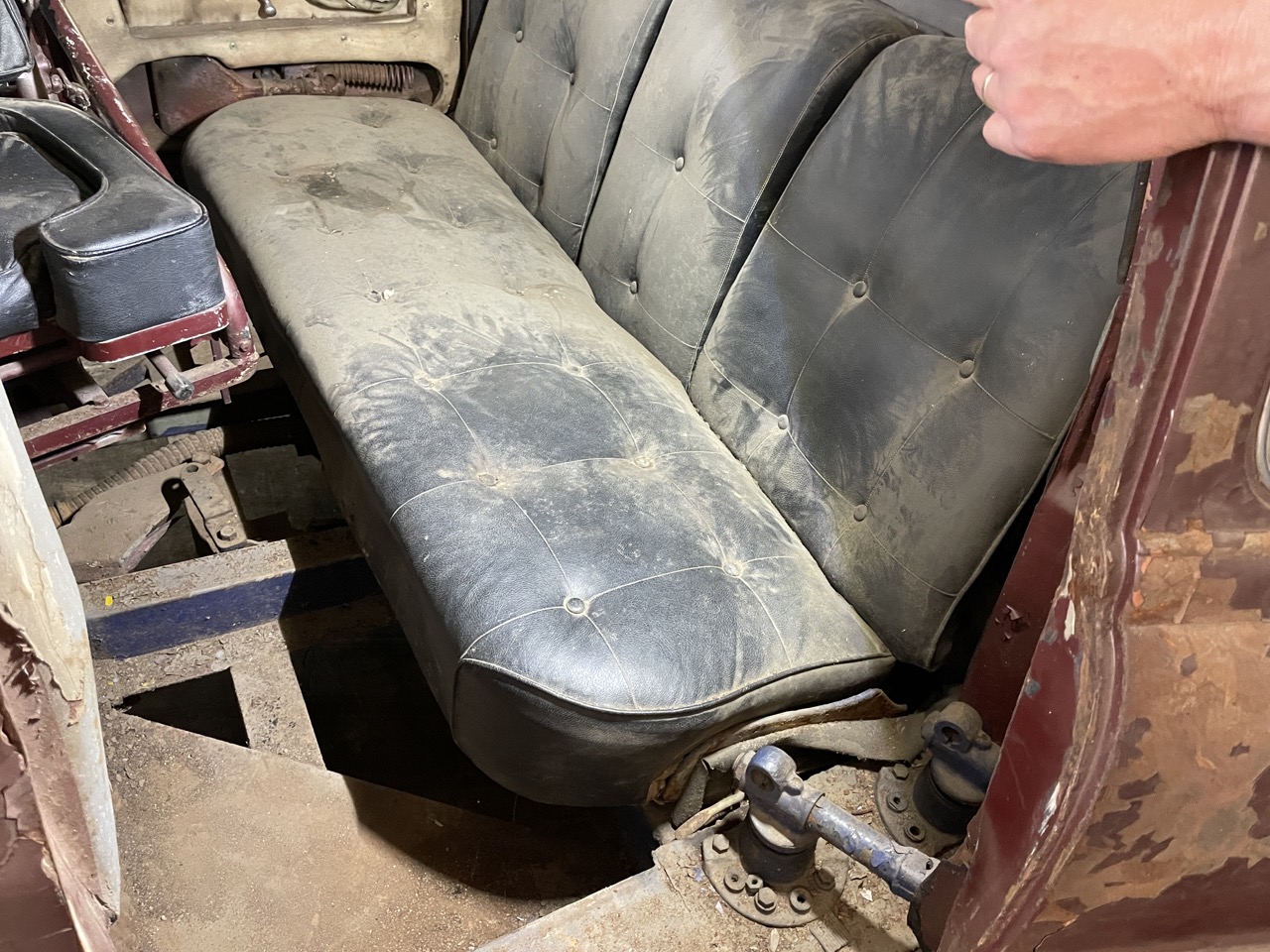 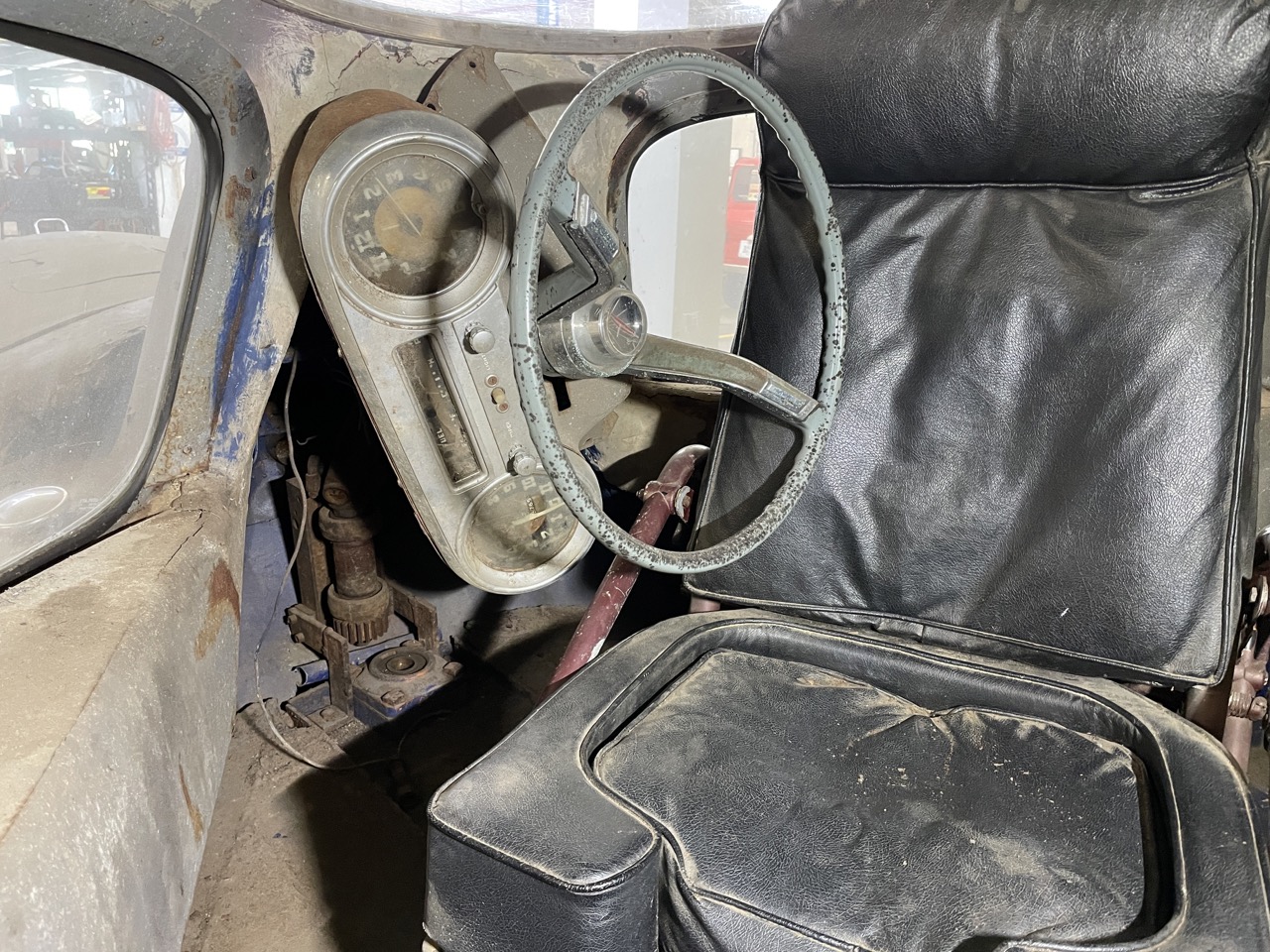 The steering wheel will likely need to be recreated, as mold has stained its surface. 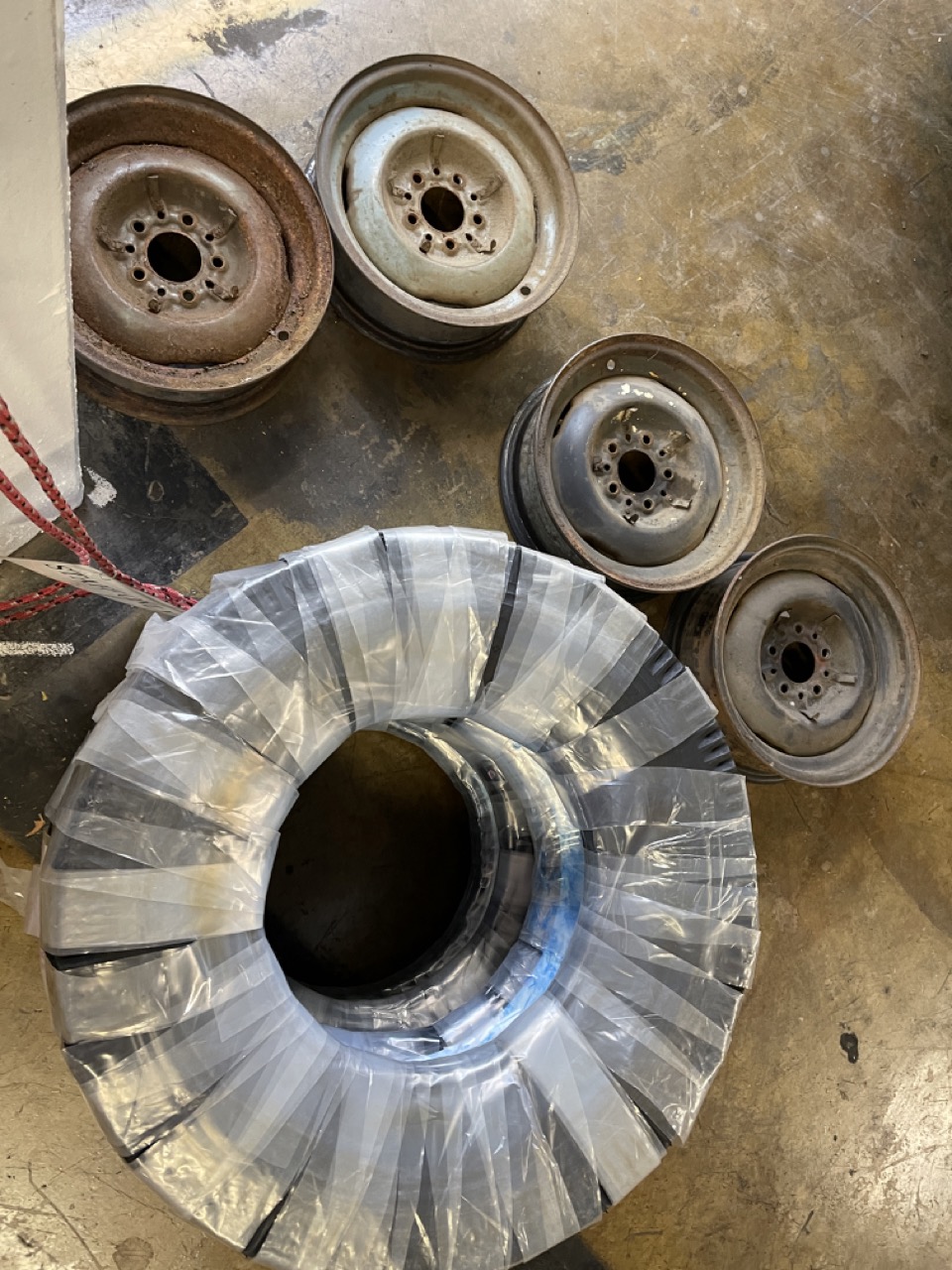 We just recently got new tires. Weirdly, one of the rims is 5 ½ inches wide, the rest are 5 inches. 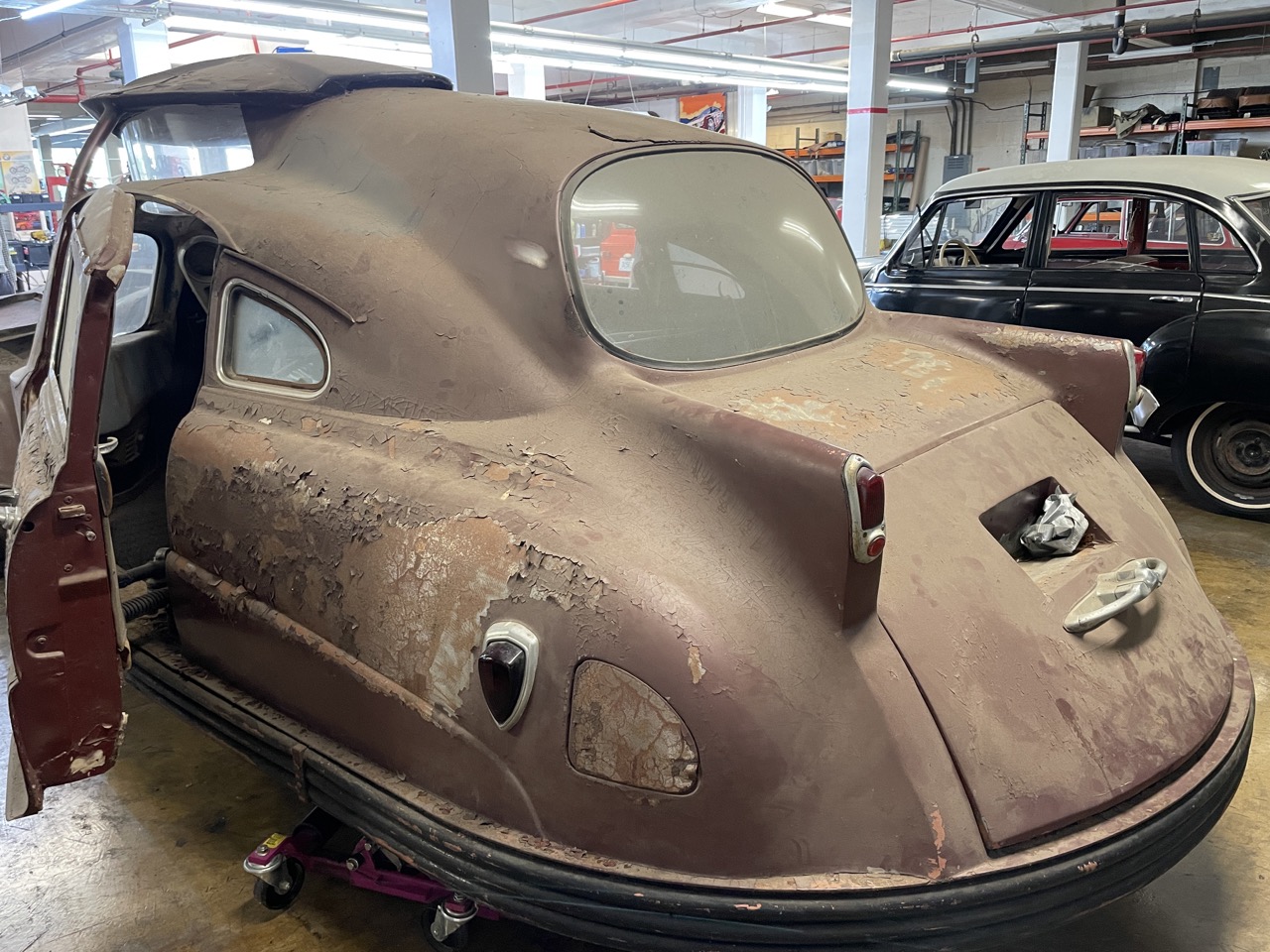 Derek and the restoration shop crew have their work cut out for them, needless to say. Stay tuned as we go through saving one of the strangest cars to ever come out of Massachusetts. 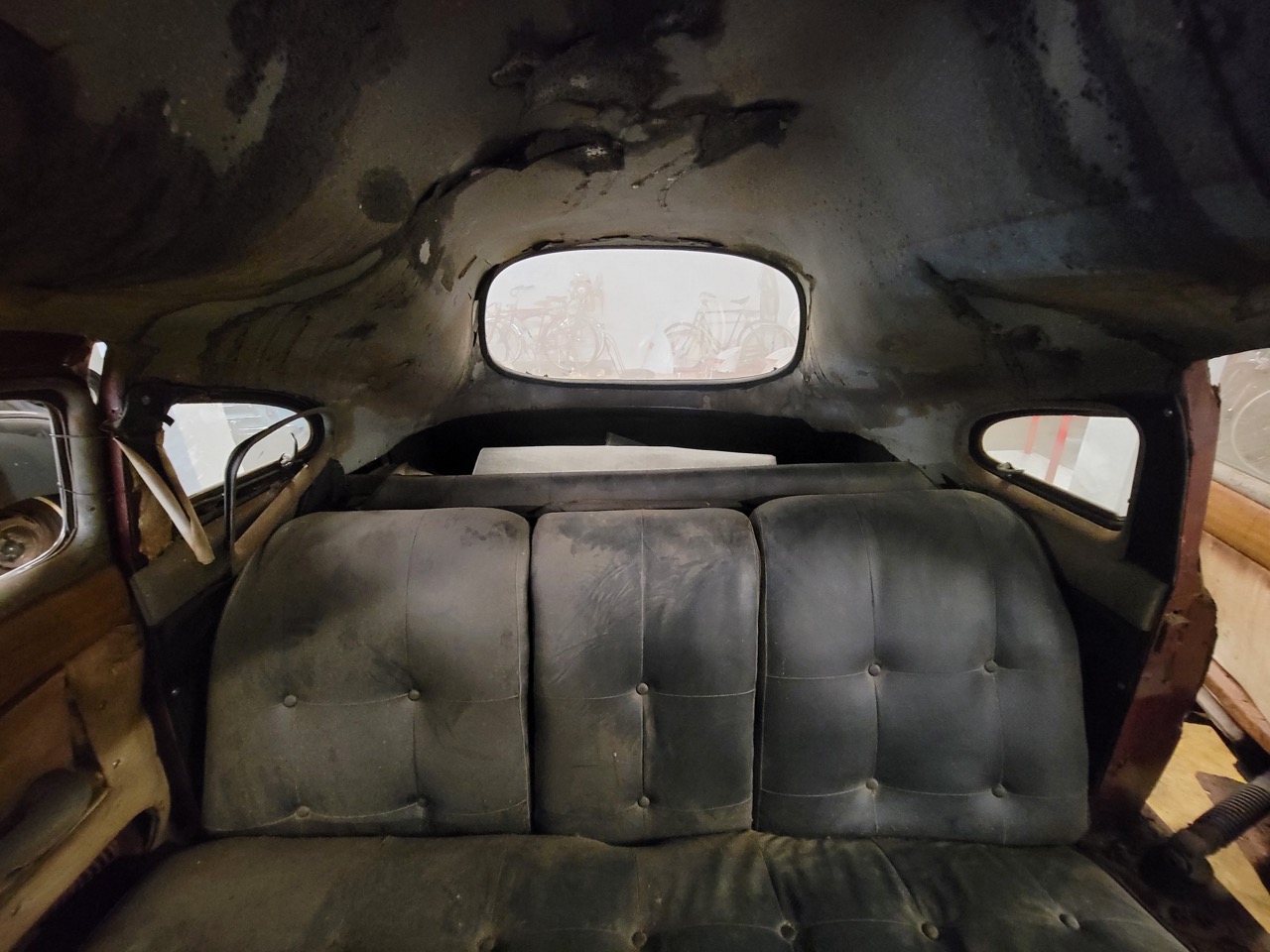 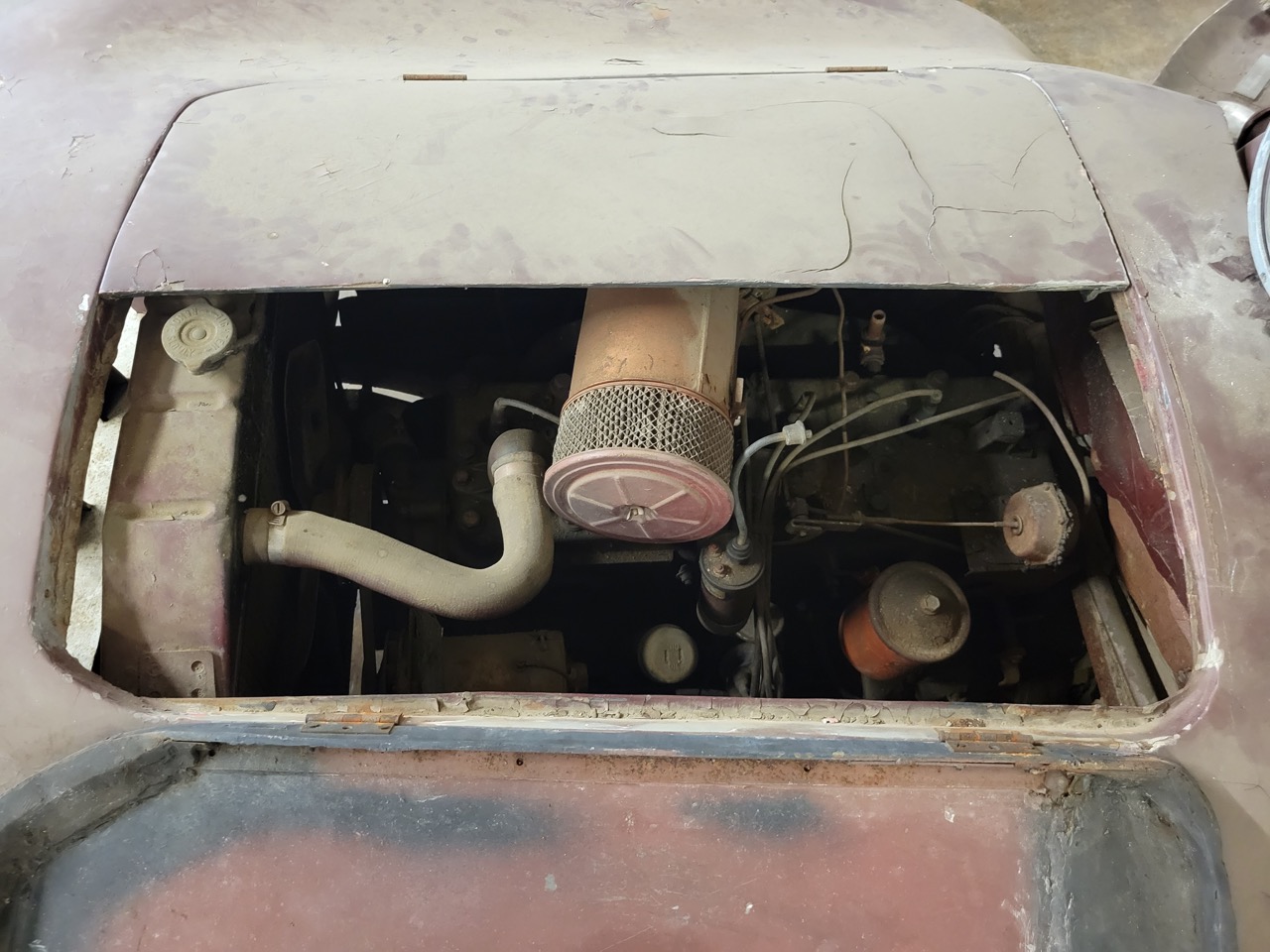 Read All My Posts »
PrevPreviousToday’s Taillights: The Forgotten Trend Of Hiding Gas Fillers Behind Taillights
NextSomeone Gave Me A Free Nash Metropolitan In Los Angeles, So I Guess I Have To Move There Now (Updated)Next