I think it’s safe for me to say that you beautiful Autopians really like your taillight and trafficator content. It’s also safe to say that here at the Lane, out of 560 cars, I have a chance to stroll through some of the more interesting light-bulb based traffic communication devices from around the globe.

Now, I picked the following cars based on what catches my fancy. So, if you dear readers have any special requests based on cars in the museum’s collection, I’ll be taking requests like an all-night DJ at that taillight bar Torch keeps talking about.

This week I’ll focus on pre-war trafficators, also known as semaphores. These early turn signals were like illuminated flags that extended out from the B-pillar (or in front of the A-pillar) so that they could be read from either direction of travel. 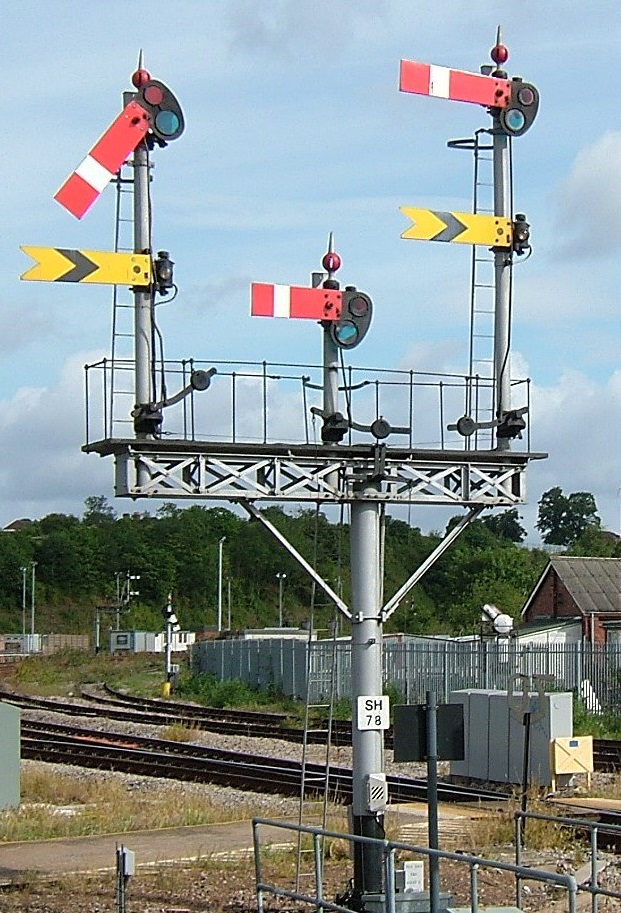 First appearing on automobiles in the early 1900s, trafficators were modeled after railway semaphores, which were themselves modeled after sailors communicating via flags on the deck of ships at sea. 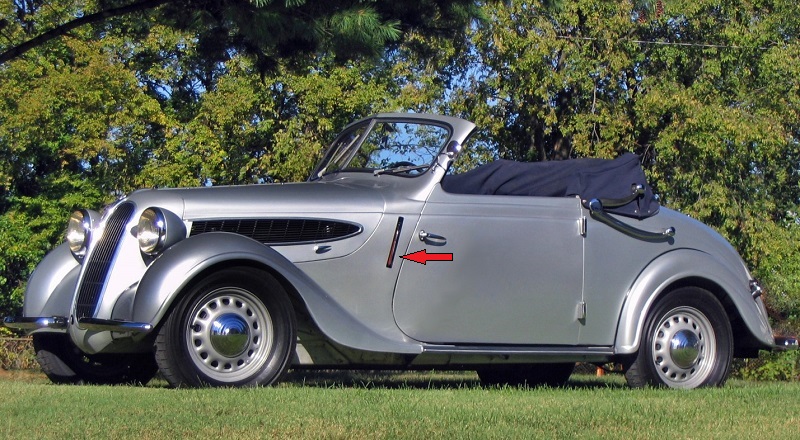 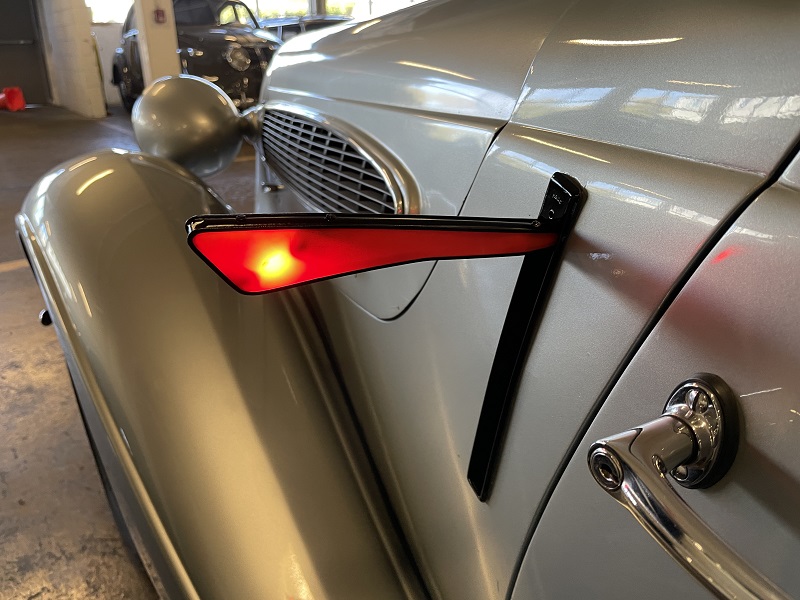 Our first trafficator is from a lovely 1938 BMW 320 Cabriolet, with working semaphores located on the side of the hood. 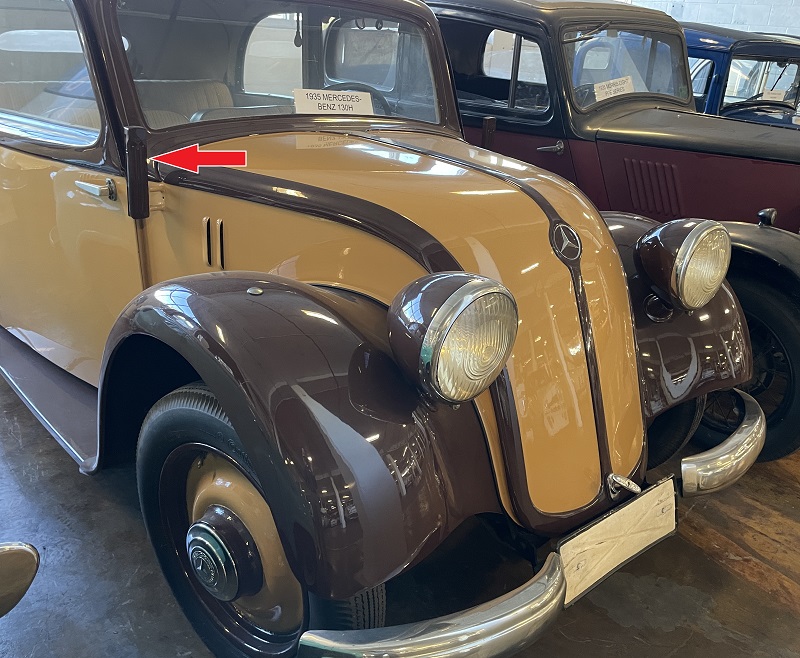 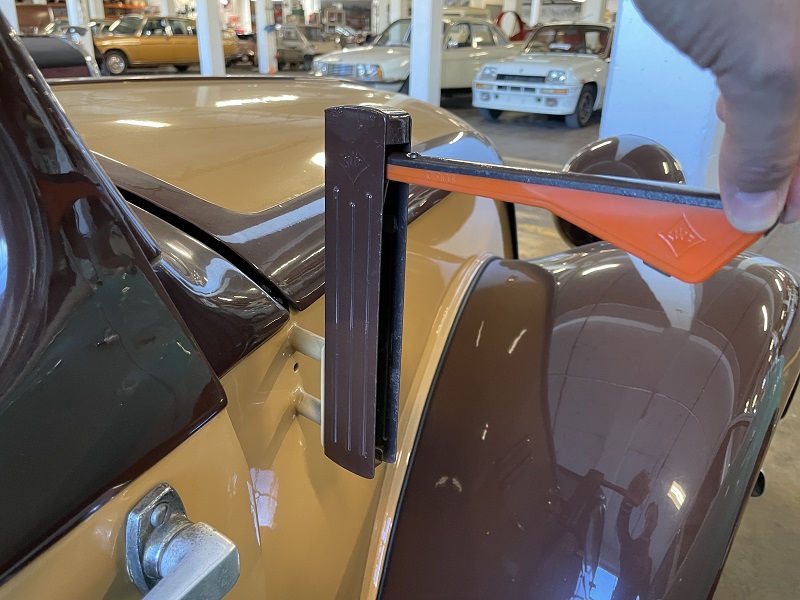 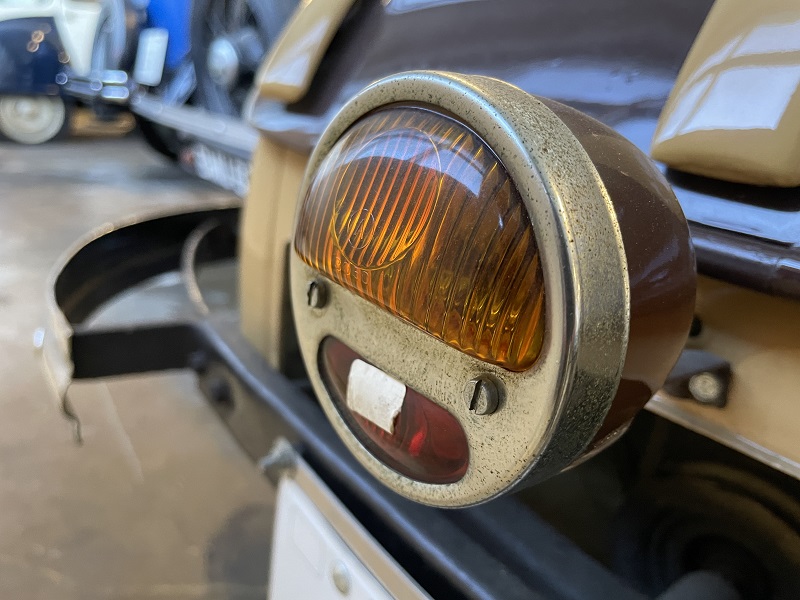 This 1935 Mercedes-Benz 130H is an example of a car having trafficators AND a singular rear taillight cluster with what appears to be an amber running light. I think the red light below the amber is the brake light, but I could have that backwards. 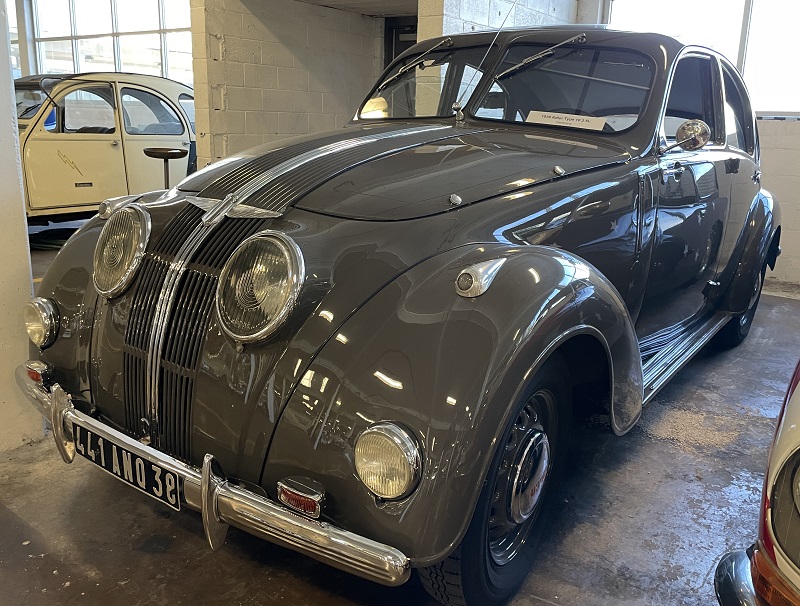 This streamlined autobahn cruiser is our 1938 Adler Type 10, and has a whole heap a’ lights on it.x

[Editor’s Note: This Adler is also significant because I believe it is the first car to use the famous sloping headlights that would appear on VW Beetles, buses, Porsches 356 and 911, DKWs, Mercedes trucks, and many many more cars. – JT] 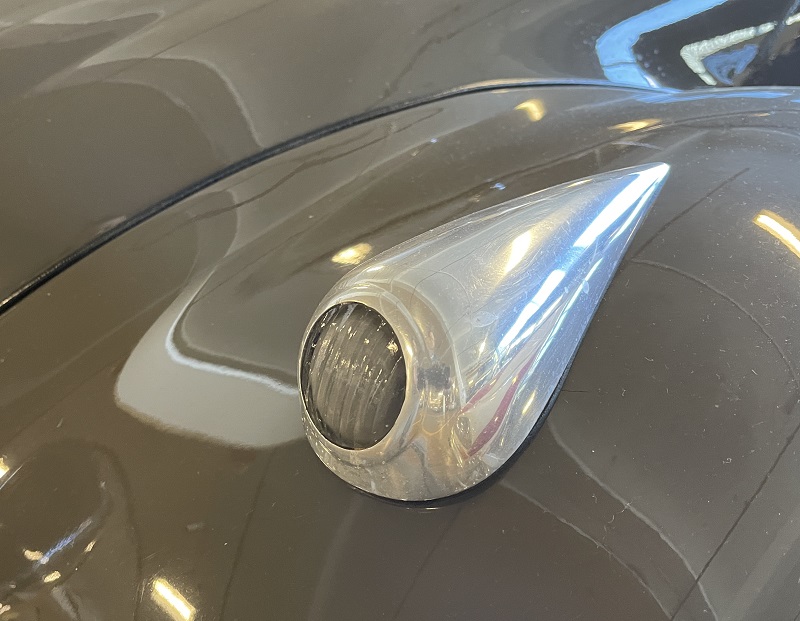 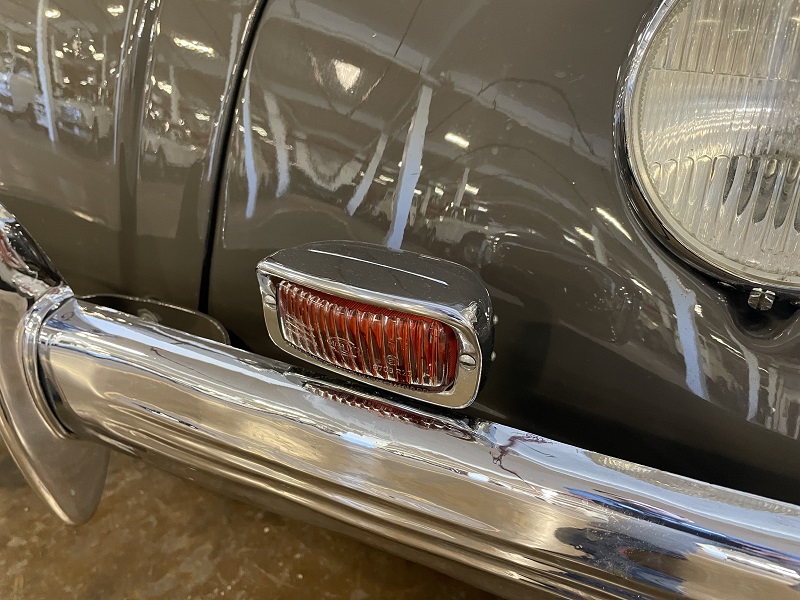 At some point this Adler’s trafficators stopped working, and the owner had them replaced with chrome aftermarket bumper-mounted amber turn signals. I believe they used the trafficator’s electrical wiring, because they work with the factory turn signal switch. 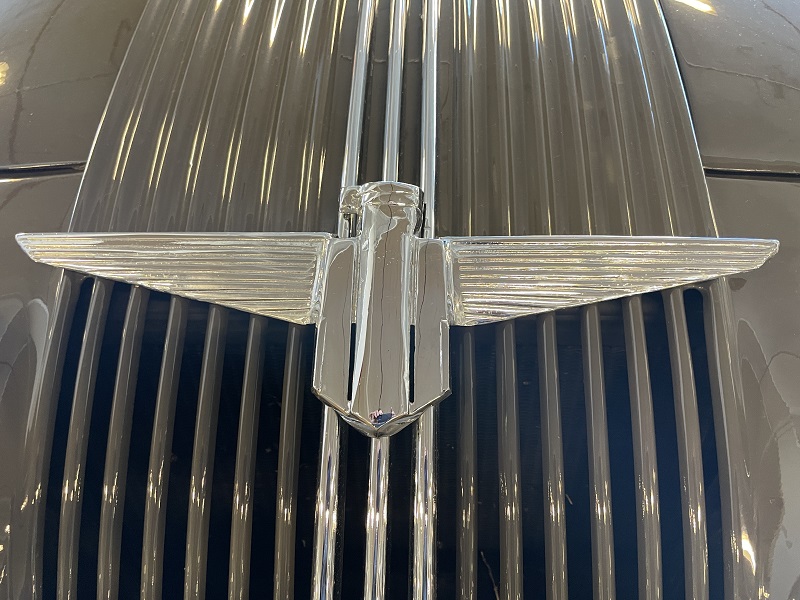 Also, check out this stylized art deco hood ornament. It’s very Sam the Eagle from the Muppets to me. 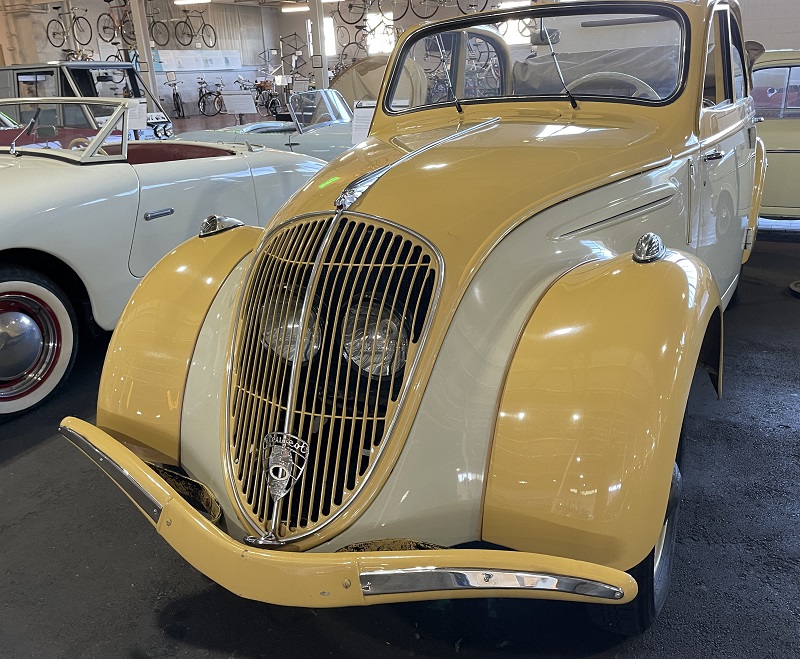 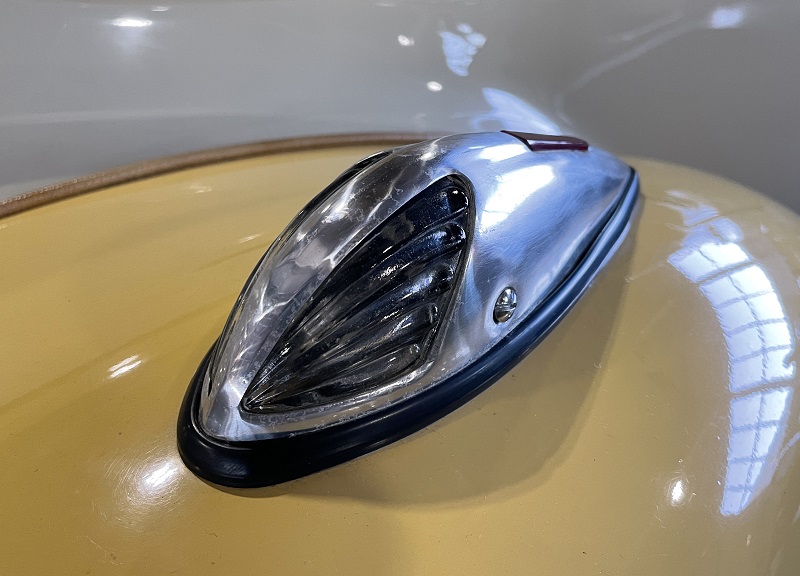 Speaking of art deco and streamlining, check out these fender-mounted parking lights from this 1939 Peugeot 202 Decouvrable. 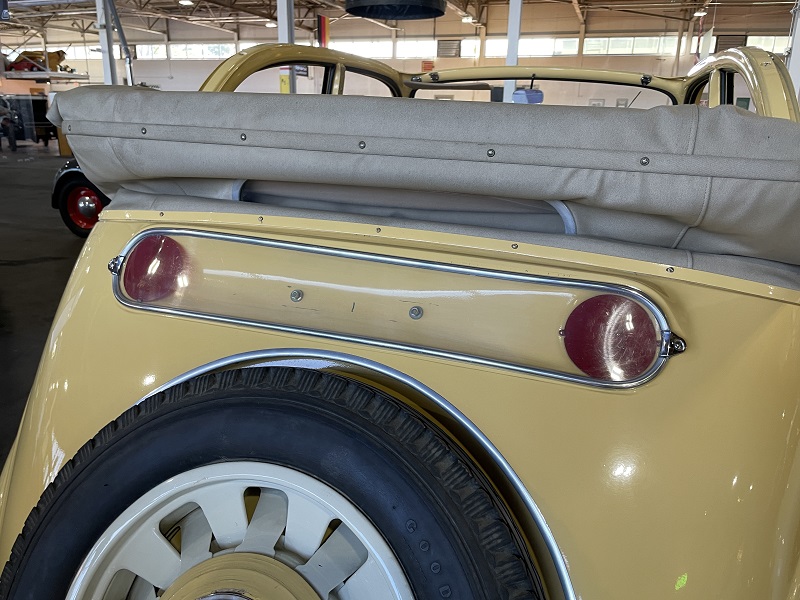 The taillights are also enclosed with the rear license plate. 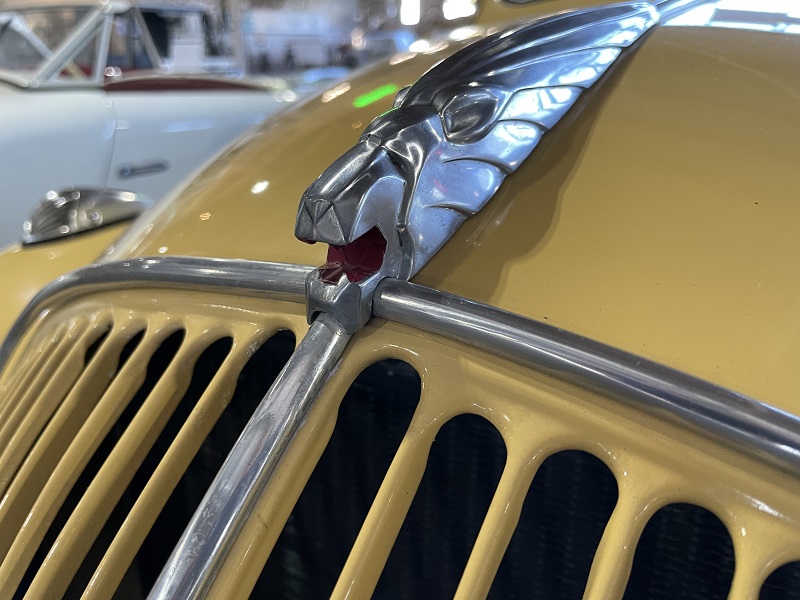 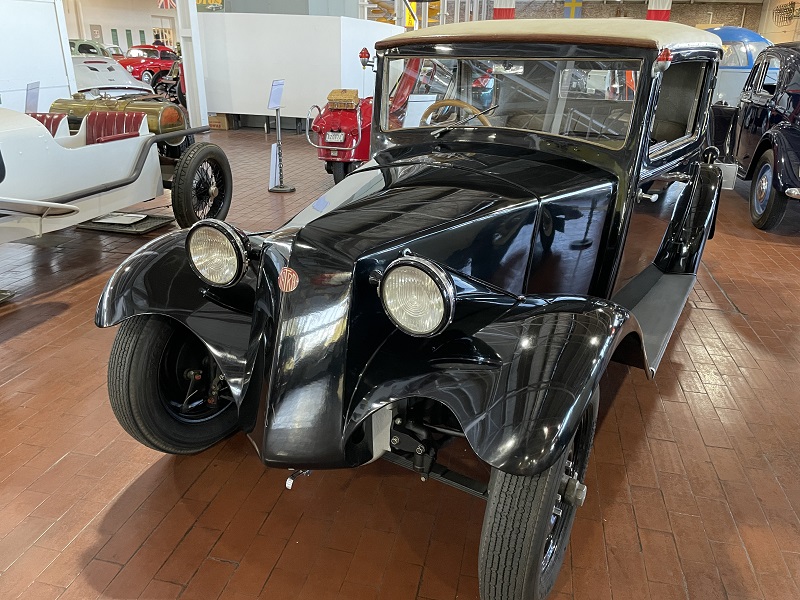 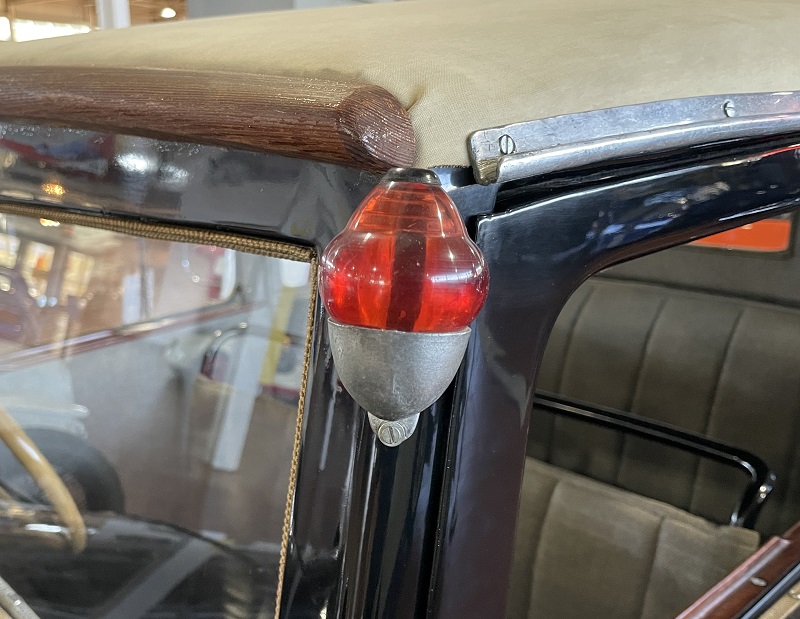 Ok, one more from the 1930s, this time from Tatra’s pre-streamlined models. Instead of trafficators, this 1935 Tatra T-57 has what I call “ice cream cone” flashing turn signals atop the A pillar. 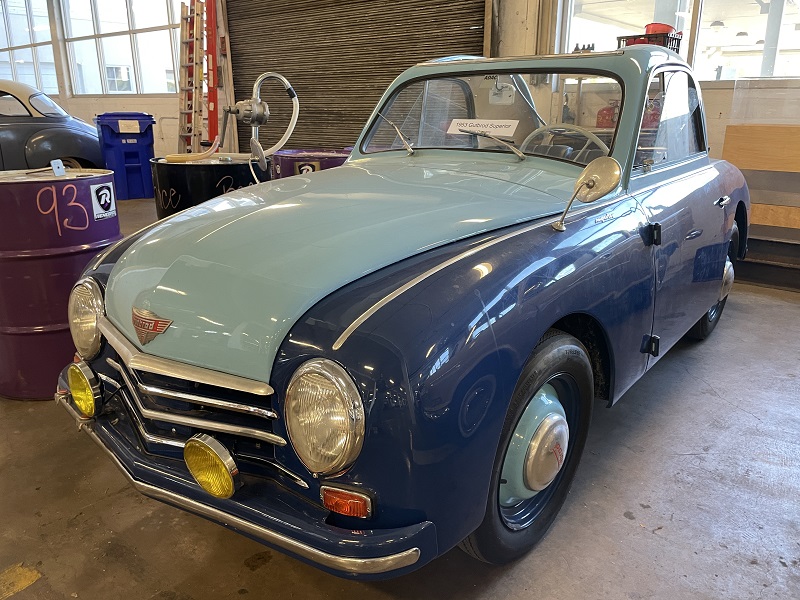 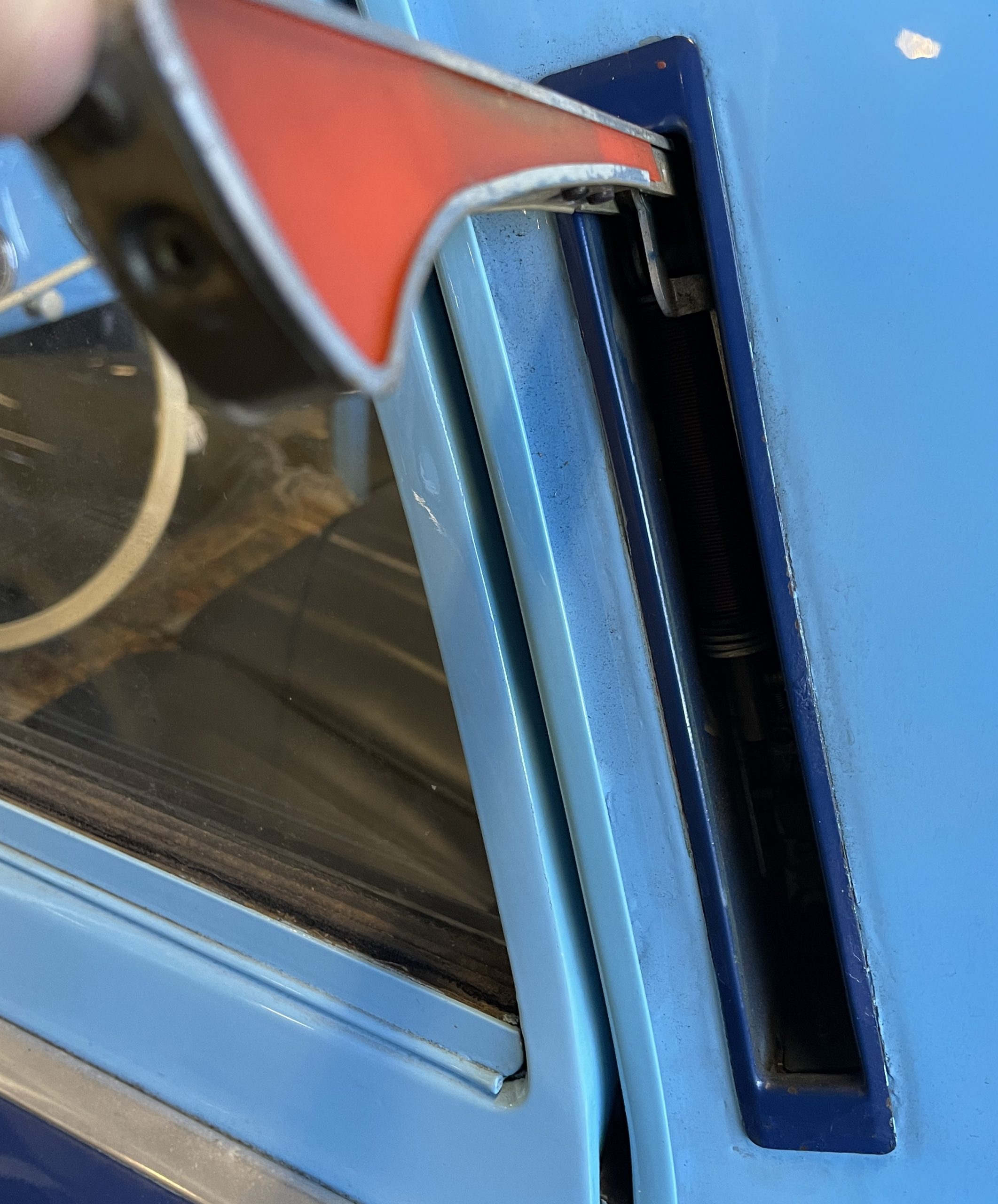 Our final trafficator is from a 1953 Gutbrod, a German microcar more famous for being the first car fitted with mechanical fuel injection. It doesn’t light up, as we have had trouble getting the engine to stay running, so I had to hold it out manually. 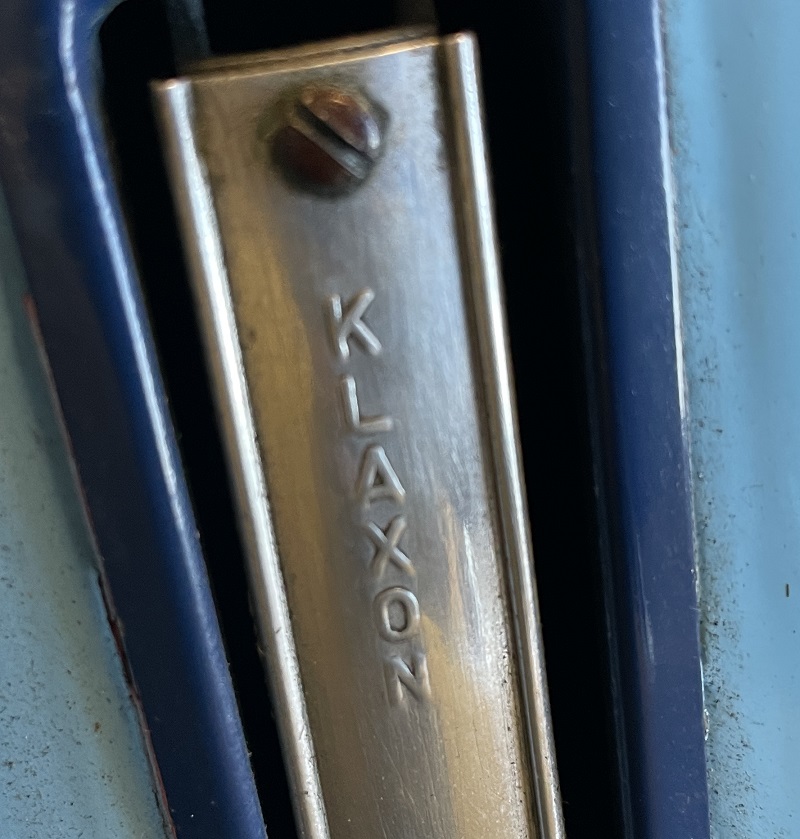 Interestingly, it was made by Klaxon, the English signal company, not the awooga horn manufacturer.

By the 1950s, trafficators were on their way out, with flashing front- and rear-mounted turn signals becoming more of an industry standard. Next week, I’ll feature more of post-war taillight clusters, as well as some modern treatments.