Last week, I took you on a tour of some of Lane Motor Museum’s plethora of trafficators and pre-war turn signals. This week, let’s look at a few more turn signal designs from around the world.

While there were a few people involved with the development of the flashing turn signal, only one gets the credit for getting to the patent office first: Oscar J. Simler. According to the National Museum of American History, Simler’s patent in 1929 was for a rear-mounted device that would signal both for slowing when the brake was pressed, and signal a stop when the brake and clutch were both pressed. It also had signal arrows for turn indicators. 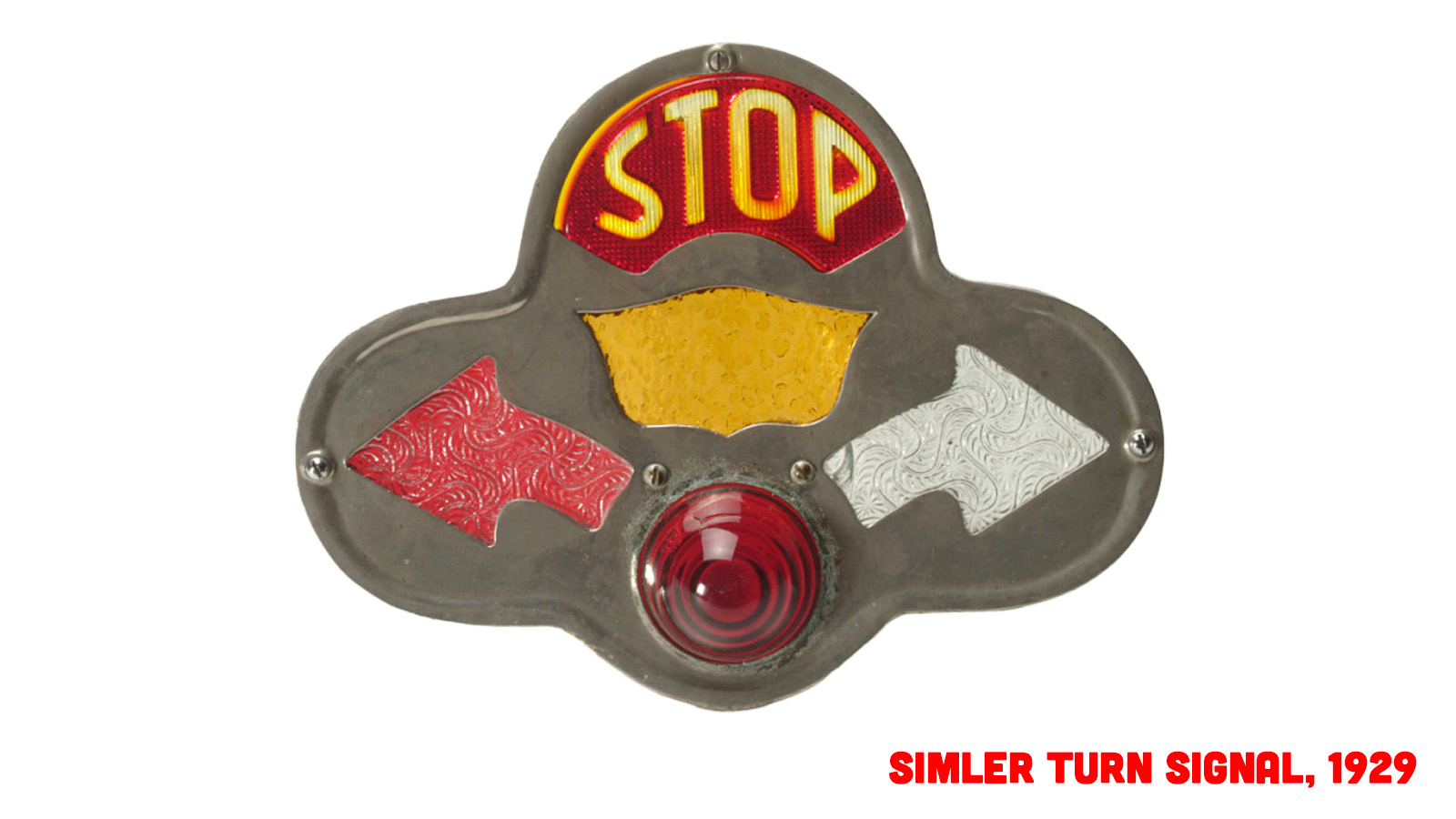 By the late 1930s, Joseph Bell had filed a patent for blinking turn signals, with Buick introducing the first flashing light turn signals in 1939. 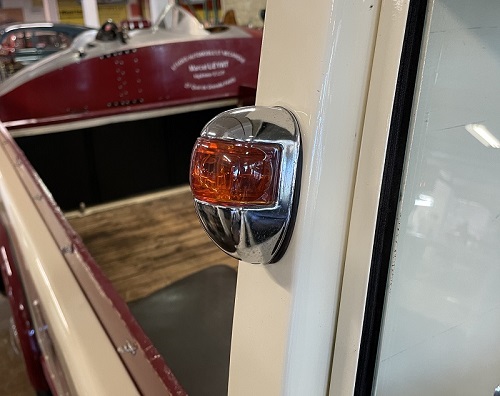 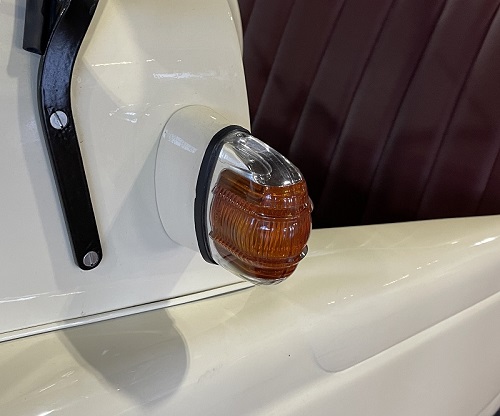 Used on multiple low-cost cars throughout the 1950s was what I call the “ear”. This single unit was mounted atop the B pillar usually, and like the mid-mounted trafficators from earlier, could be seen from both directions of travel. These two examples come from a prototype Daus German truck and a Kleinschnittger microcar. 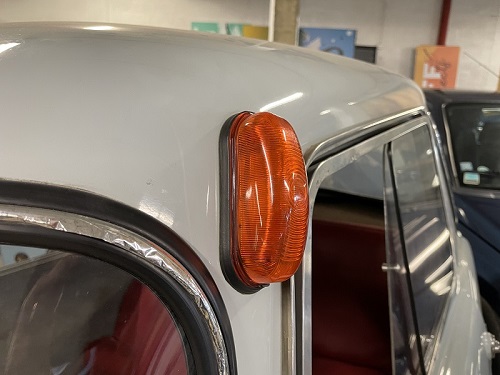 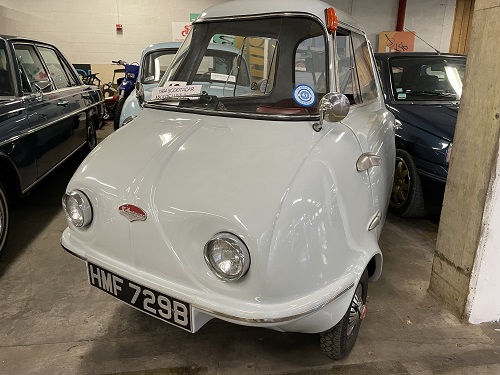 This British Scootacar MKII features one mounted high up on the A pillar. These ear-style units were found on everything from 2CVs to various microcars through Europe well into the 1960s. 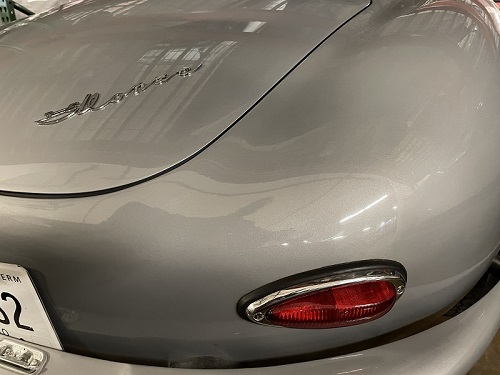 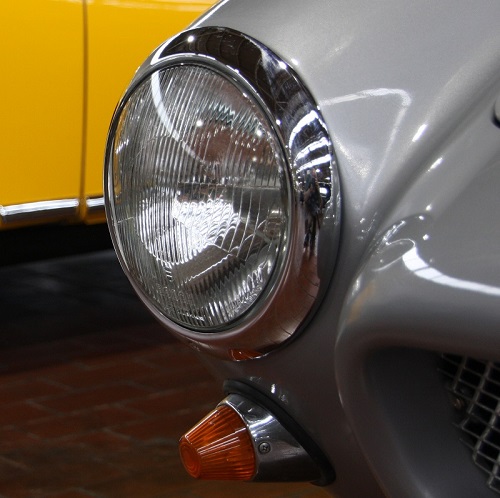 Check out this dainty rear red taillight/brake light/turn signal combo on this Auto Union Monza. The front turn signals are prominent and amber-colored.

[Editor’s Note: These units are extremely similar to what Porsche 356s were using, though I think the Auto Union’s taillights are a bit smaller. I suspect these are Hella units. They made so many kinds of these things! – JT] 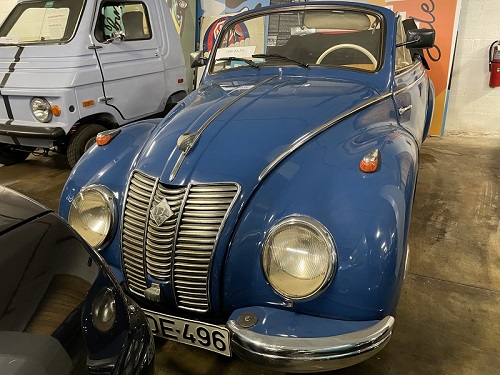 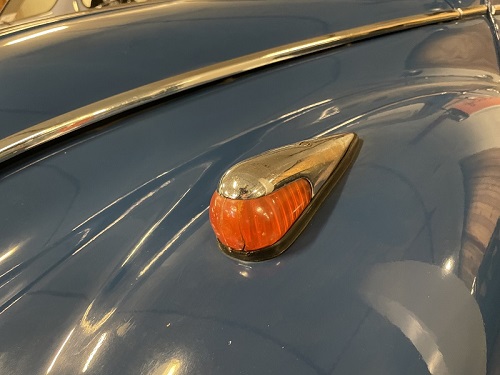 This East German IFA convertible has VW Beetle-like fender-mounted turn signals. [Editor’s Note: Though very similar, these are not the same as the units used on the Beetle, as these are a bit more bulbous and tapered. It’s kind of funny just how close they are, though. – JT] 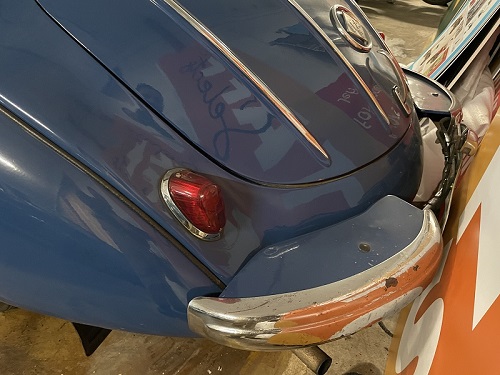 Again we see a rather petite rear taillight/brake light housing on the IFA. 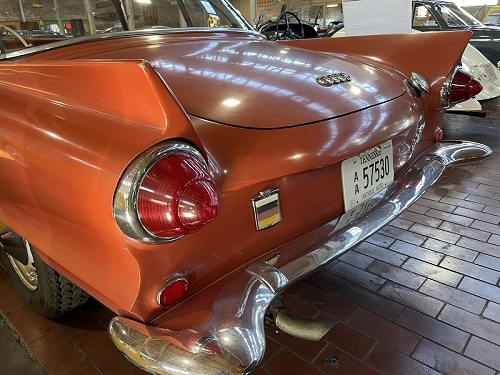 Yet another Auto Union, this time a 1962 SP, with familiar-to-American-eyes tailfins. You see, in post-WWII Europe, many Germans wanted American cars, but couldn’t get them imported easily. Many German car companies simply copied the styling of famous American models…thus these lovely Thunderbird-style tailfins.

[Editor’s Note: Look how much these things looked like Ford Thunderbirds overall, not just the fins and taillights: 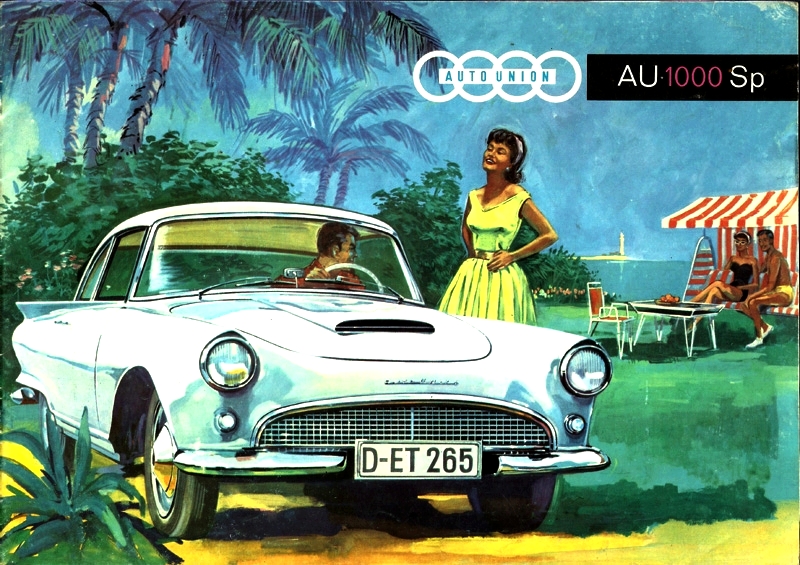 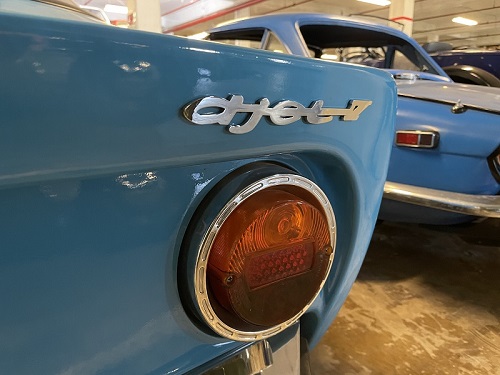 I like this meaty brake/turn signal combo on this Matra D’Jet V, the first mid-engine production car. 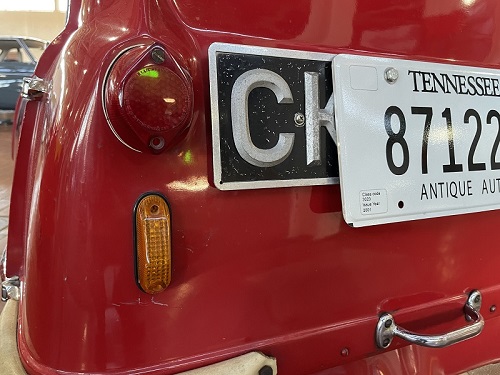 This arrangement is on the back of the world’s smallest production car ever made, the Peel P50. Production P50s would have just the red taillight/brake combo, and I’ve seen a few with the ear-style turn signals. We think the museum’s P50 seen here is a continuation: a replica made from the same body molds soon after the initial run of around 50 cars. Someone may have added the amber turn signal at a later date. 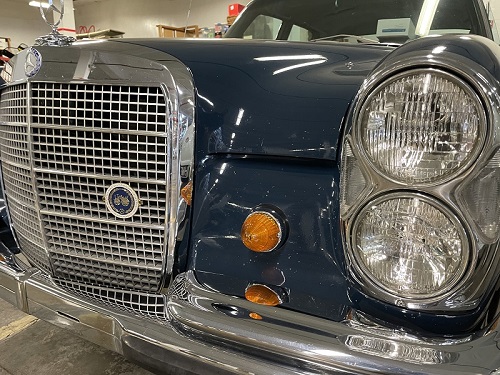 I love this mini-Dagmar style turn signal on our 1969 Mercedes-Benz 280S. 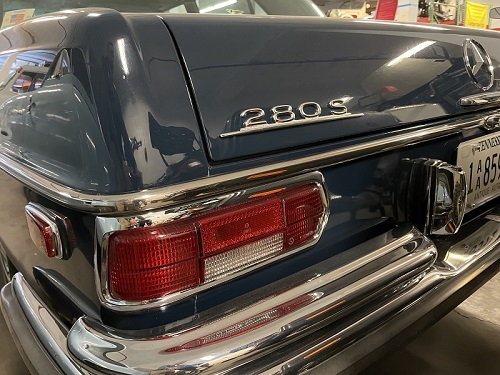 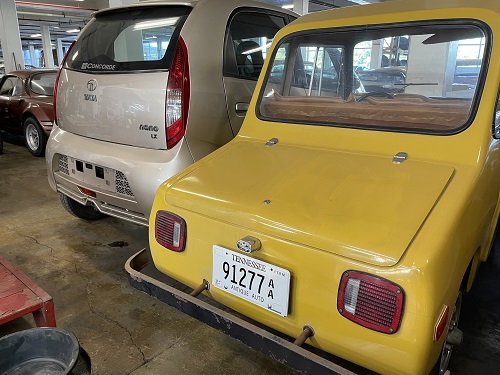 This odd pairing shows the rear-ends of an early 1980s American electric car known as an Omega Alpha, with the ubiquitous utility taillights found on many startup models, alongside a Tata Nano.

[Editor’s Note: Those “utility taillights” are the legendary Box Taillights, which I’m now going to make you watch me rant about: 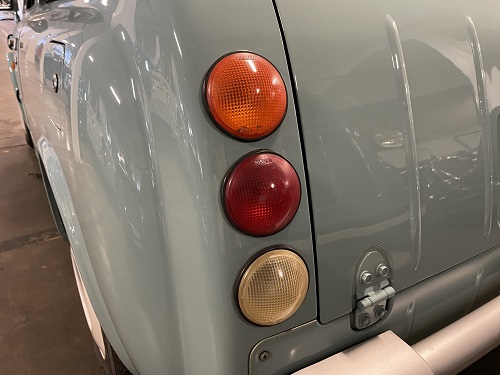 This is perhaps Torch-nip, but I just really like the stoplight configuration of the Nissan PAO’s taillights. Simple and aesthetically pleasing. 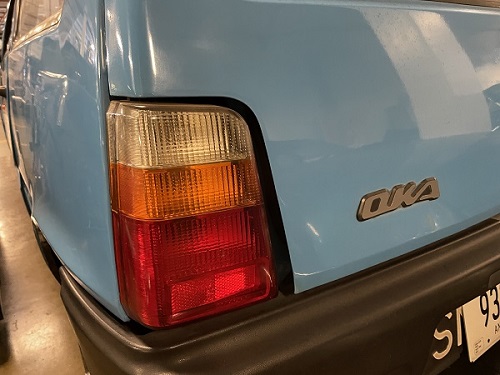 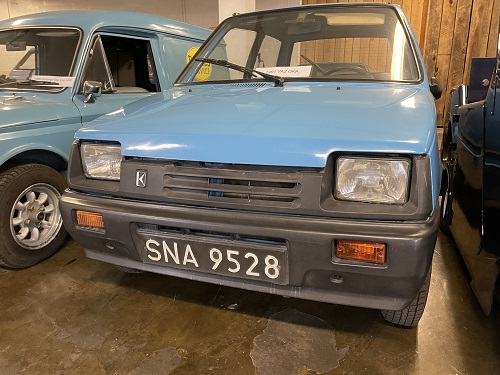 This 1991 VAZ Oka is one of the last cars made in the Soviet Union. The front has that very basic, 1980s “face”, and the rear also contains an un-fussy and simple taillight design. 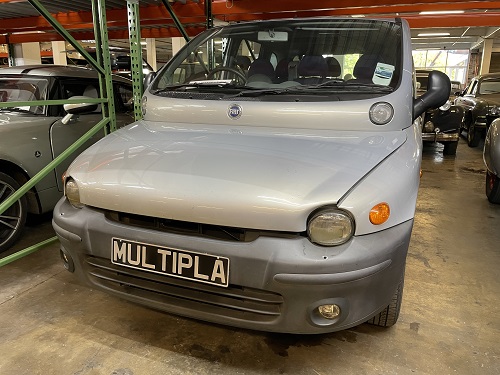 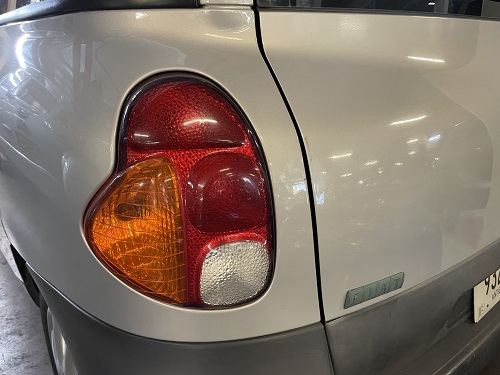 Love it or hate it, the 1998 Fiat Multipla has a fantastic fried-egg taillight cluster.

[Editor’s Note: Rex, if your eggs have this much red in them, I think you may want to find a new source for your eggs. Ew. – JT] 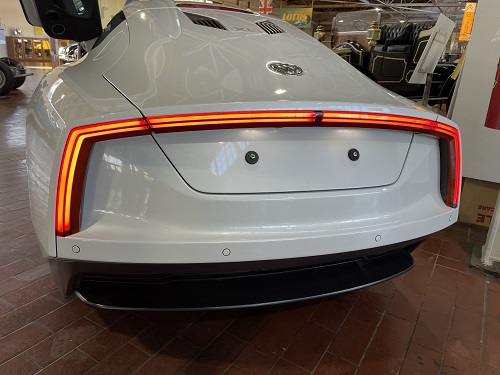 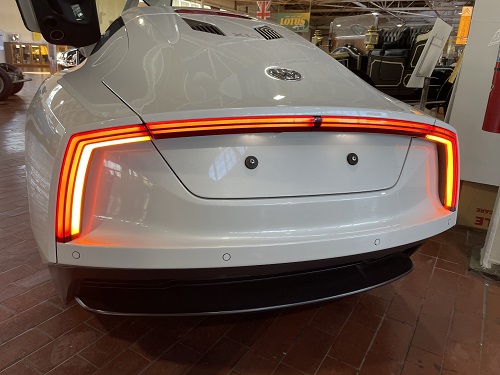 I’ll be sure to do another run-through of interesting lighting sometime in the future.

Read All My Posts »
PrevPreviousThe Supply Chain Is A Mess But Ferrari Is Still Ballin’
NextSomeone Brought Back Two-Times Dead Invicta To Make A Parts-Bin Supercar. Can You Guess Its Parts?Next