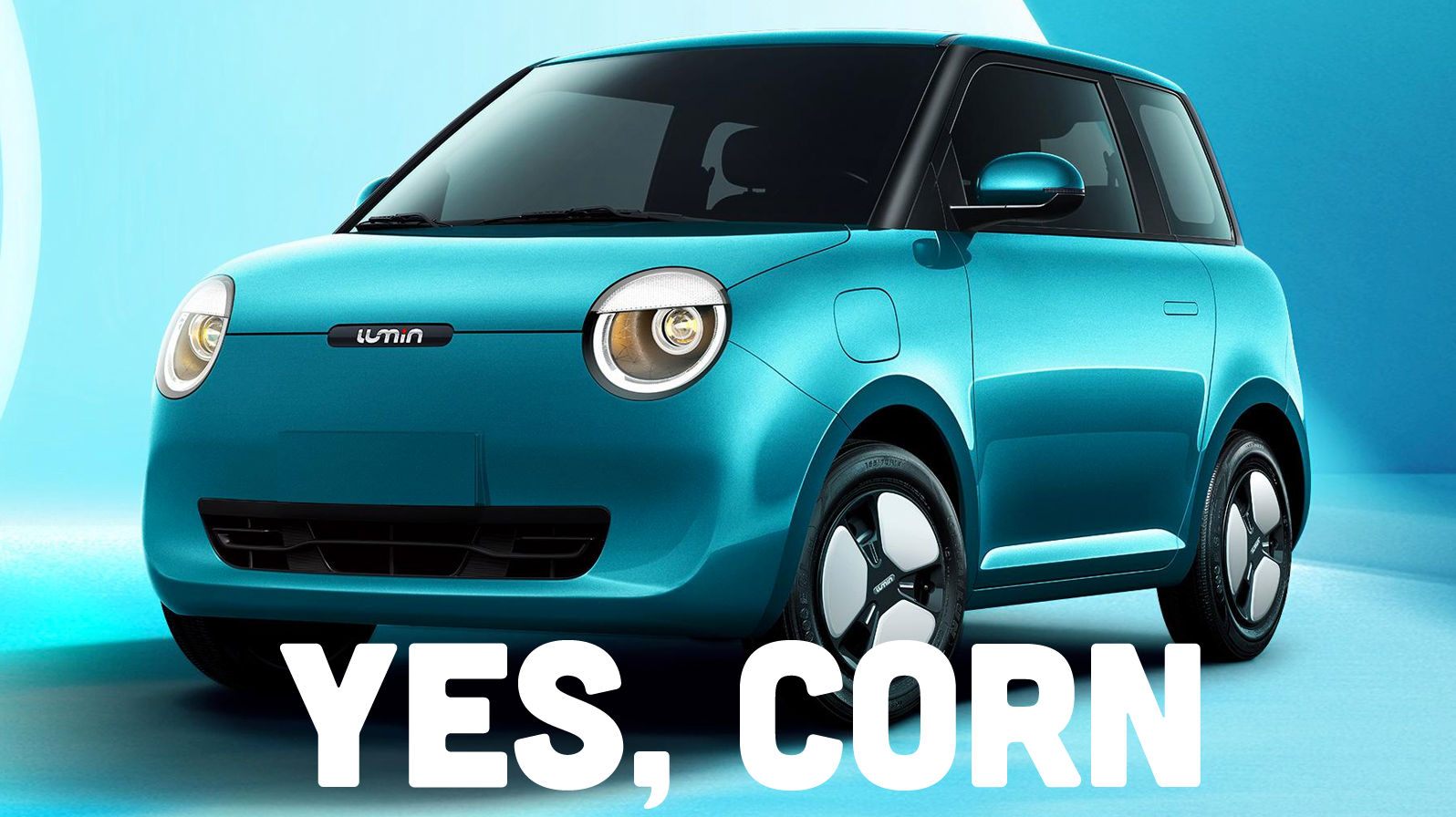 Corn. They named it after corn. Because, I don’t know, some high-powered naming consultant under retainer to the Changan Auto corporation shrewdly assessed that naming a car for the world’s number-one cob-based yellow en-kernel’d vegetable snack was exactly what the electric-car-buying public was demanding, and so we now have the Changan Lumin Corn. Or, perhaps Changan’s naming consultant wasn’t really telling the truth about “knowing English.” Really, it doesn’t matter, because this little city EV is so freaking practical and charming that the company could have named it after a parsnip and I’d be interested. Because it’s exactly the sort of car that my time in the Changli has made me realize we need.

I was alerted to the existence of the Lumin Corn by my old pal and fellow autojourno Máté:

What I forgot to mention is that this is @the_autopian war chief @JasonTorchinsky's new ride. I'm certain of it. https://t.co/5oE8n1Thje

Máté’s got my number, no question. If he was making a Torch-trap so he could capture me and enjoy the forbidden savor of torchmeat, he couldn’t have baited that trap any better. The over-the-top, unashamed, unapologetic cartoonishness of the damn thing is exactly what I love.

But, perhaps more importantly — fun/ridiculous look aside — I genuinely think this sort of vehicle makes a hell of a lot of sense. And I say this from actual, lived experience. Let me explain.

As I wrote about yesterday, I’ve been using my cheapest-car-in-the-world, the little $1,200 electric Changli, a hell of a lot. And not just in an ironic, just-for-laughs kind of bullshit way; I use that little 1.1 horsepower “happy grandpa” car for real — everyday errands, grocery runs, taking my kid to his buddy’s house, picking up take-out, going to the auto parts store, meeting friends in town, you name it. Real car shit. 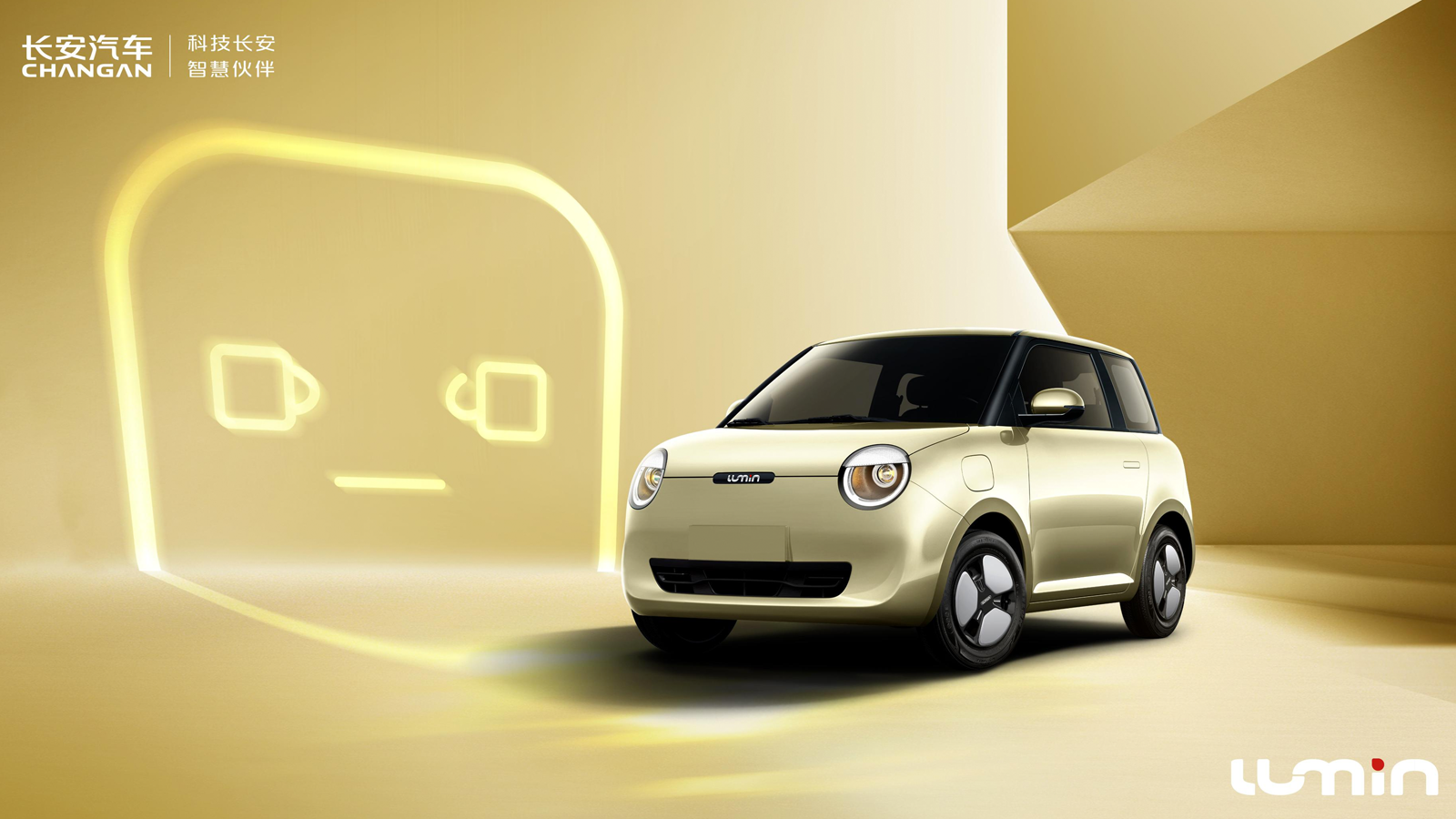 For in-town use, on roads with 35 mph speeds or less, I get transported to and from where I need to go with about the same general speed and comfort in that 880-pound thing as do my neighbors in their 4,000-pound cars. Sure, I can’t take it on a highway, or a really long distance. or carry a more than, say, three people in it, but even as marginal as the Changli is, it serves at least 65 to 75% of my normal driving needs.

The remarkable ability of such a minimal vehicle made me realize that if you were to increase the basic traits of the Changli– power, size, speed, safety, and range– by just a bit, you’d have something that could handle 85 to 90% of most people’s everyday car needs, and a car like this little Lumin Corn seems to be exactly that. 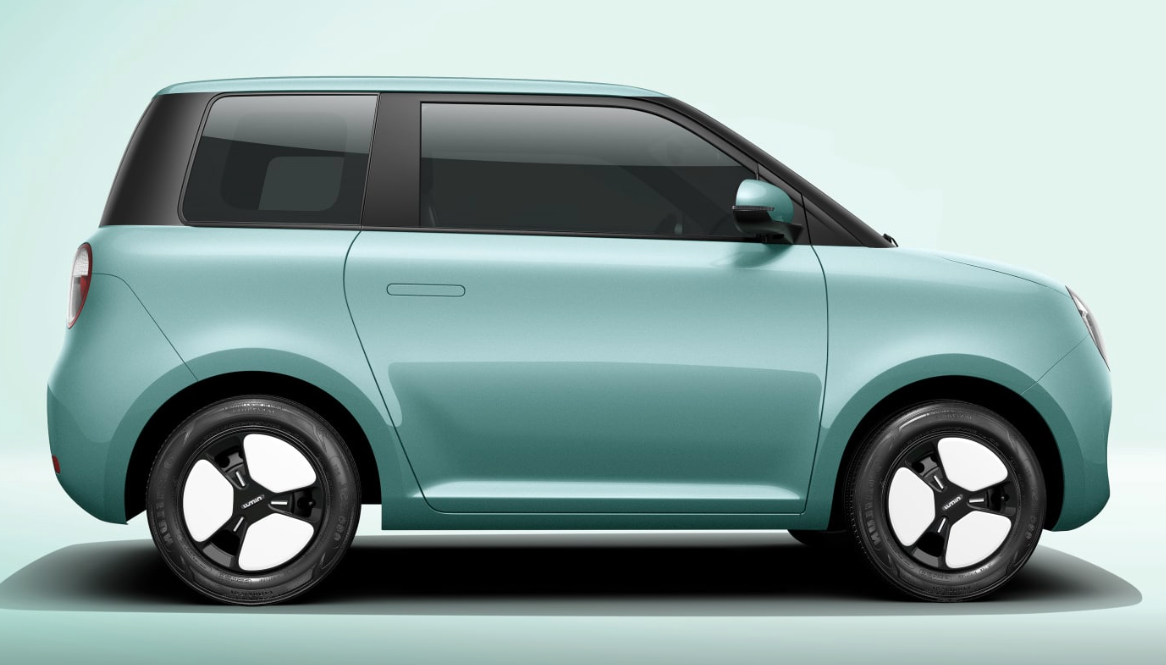 Let’s look at the specs, via Car News China: It’s built on Changan’s EPA0 small city-car platform, which is a front-motor, FWD setup with seating for four. And, as developed into the Lumin Corn, it has dimensions that are almost the exact same as a classic BMC Mini: about 10 feet long, 5’7″ tall (that’s actually a good bit taller than an old Mini), and about five feet wide.

The car has two motor options, one making about 41 hp and one making about 48 hp – again, numbers that are very much on par with an original Mini, and as someone who regularly drives a 52 hp car, I can say adequate for most normal driving needs.

There are two battery options for the Lumin Corn, a 12.92 kWh or a 17.65 kWh pack, which give the car driving ranges between 96 and 130 miles. That is legitimately useful, especially when you consider that a Tesla Model 3 with a 75 kWh battery pack, which is about quadruple the size of the bigger Lumin Corn battery pack, only delivers less than twice the range.

I mean, sure, it’s a hell of a lot bigger and faster, of course, but how much of that size and power are you really using as you drive to meet your squeeze for dinner or pick up a bottle of starter fluid from the auto parts store?

The truth is, you really don’t need to shove around 4,000 pounds of anything to get your basic transportation needs met. I mean, if you want to, sure, you do you, but if I could have my fleet of weird, ungainly, gas-burning shitboxes for my fun driving and something like this to handle all the mundane boring life stuff, that’d suit me just fine.

Even better, this little EV doesn’t feel mundane. It doesn’t seem like owning one would be a punishement. It seems like it would be fun! I mean, look at it:

I love how hard the designers leaned into the anthropomprphization, with those headlights that have suggestions of eyelids, giving the thing a sort of friendly but ever-so-slightly sassy/sarcastic look about it. Just the kind of pal you’d want with you to make a boring grocery run more fun. 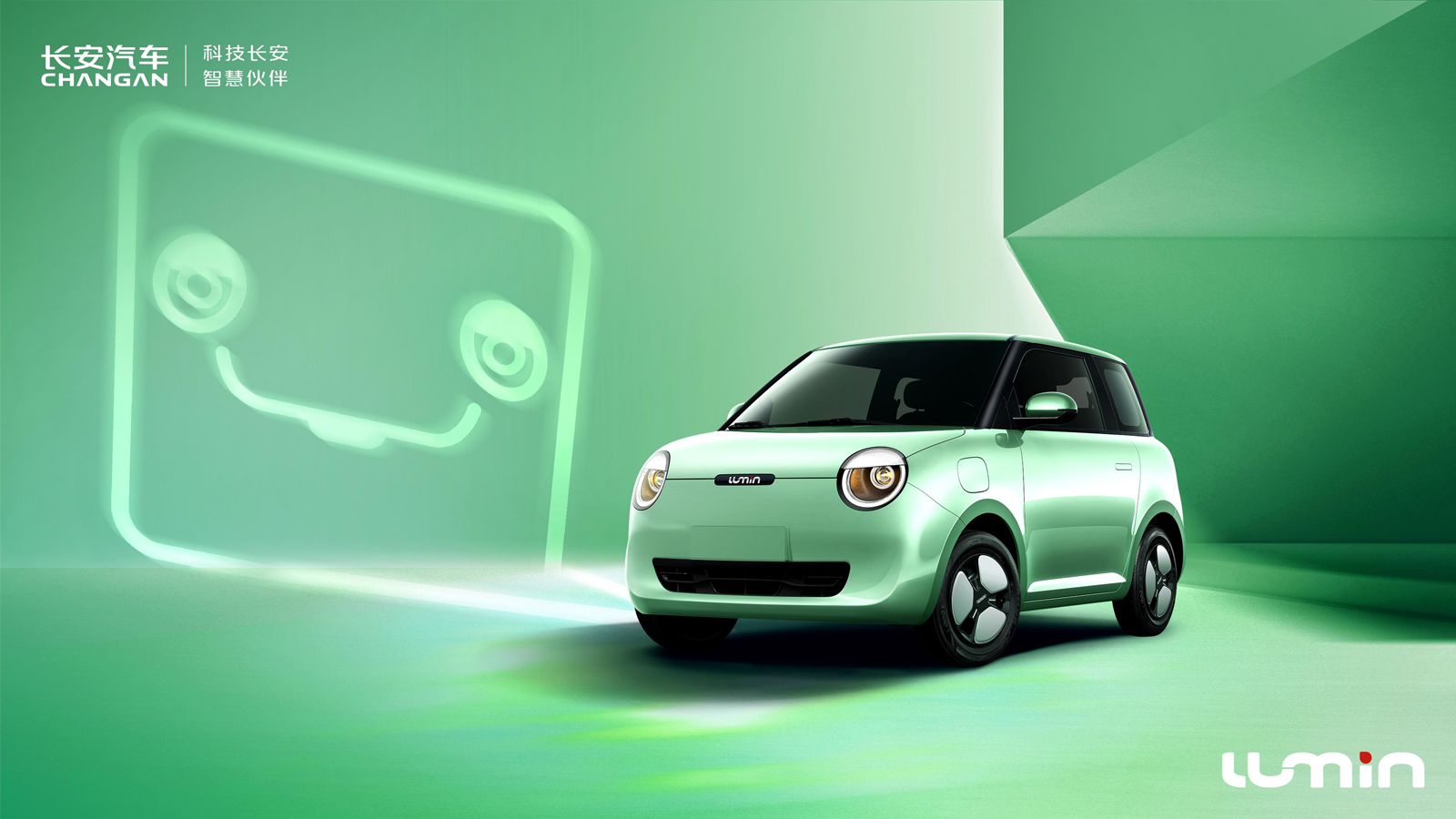 It looks kind! Not every car needs to look like a murder-monster that just found out you boned its mom. It’s okay to have a cute, friendly car! Cars like this broadcast a certain amount of general upbeat goodwill to all who see them – I’ve seen it happen with my Changli as I drive around town – and if you’re a five-and-a-half-foot-tall lump of goddamn iron like I am, you don’t need to try to intimidate everyone with the way your car looks.

It’s not overdone, the body lines are clean and modern, and the interior seems well-designed, and not skimping on any modern electronics or whatever. You want screens? Okay, here you go: 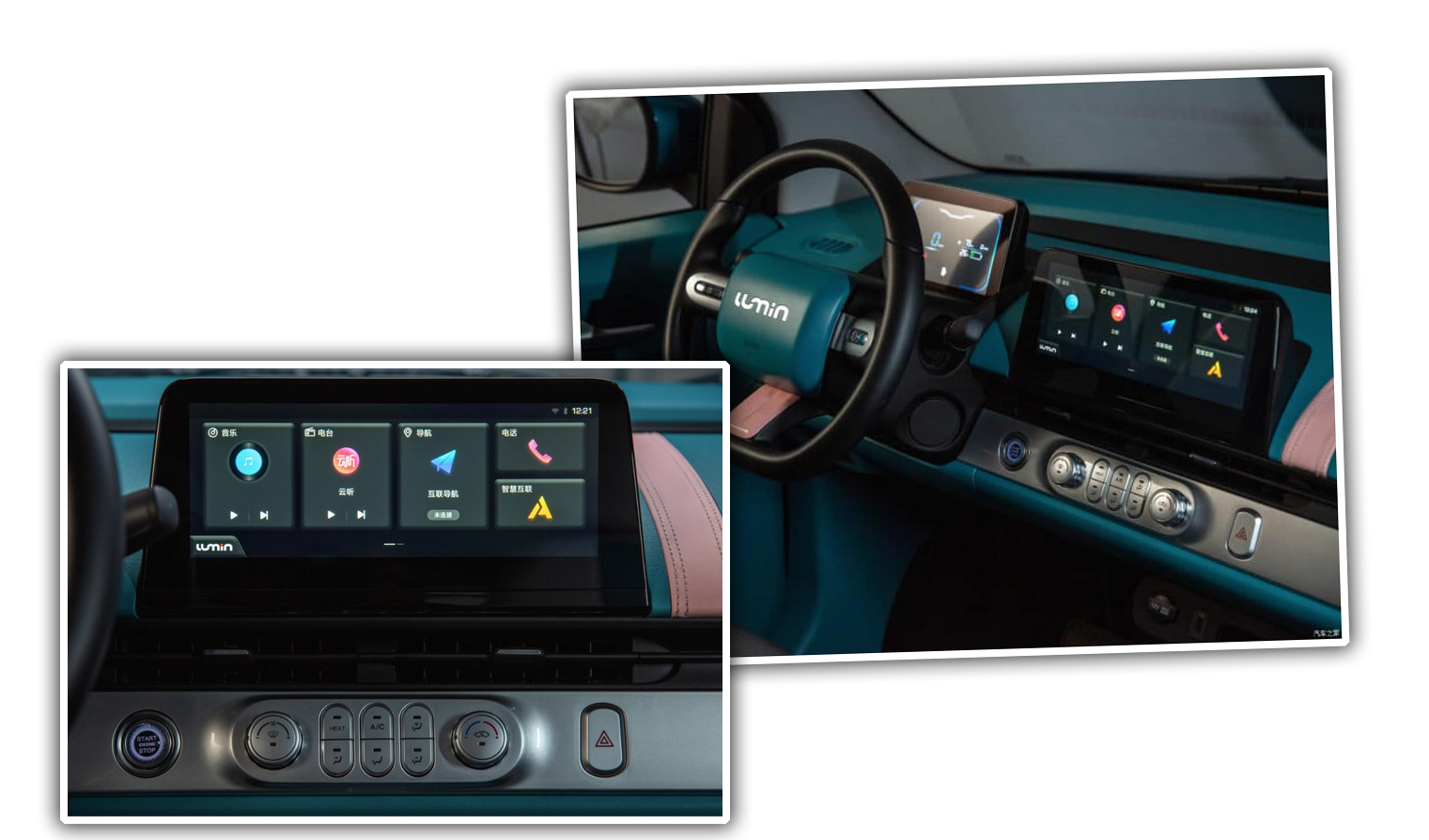 There appears to be some nice leatheresque material on that dash there, in contrasting colors. And the seating looks, well, fine! 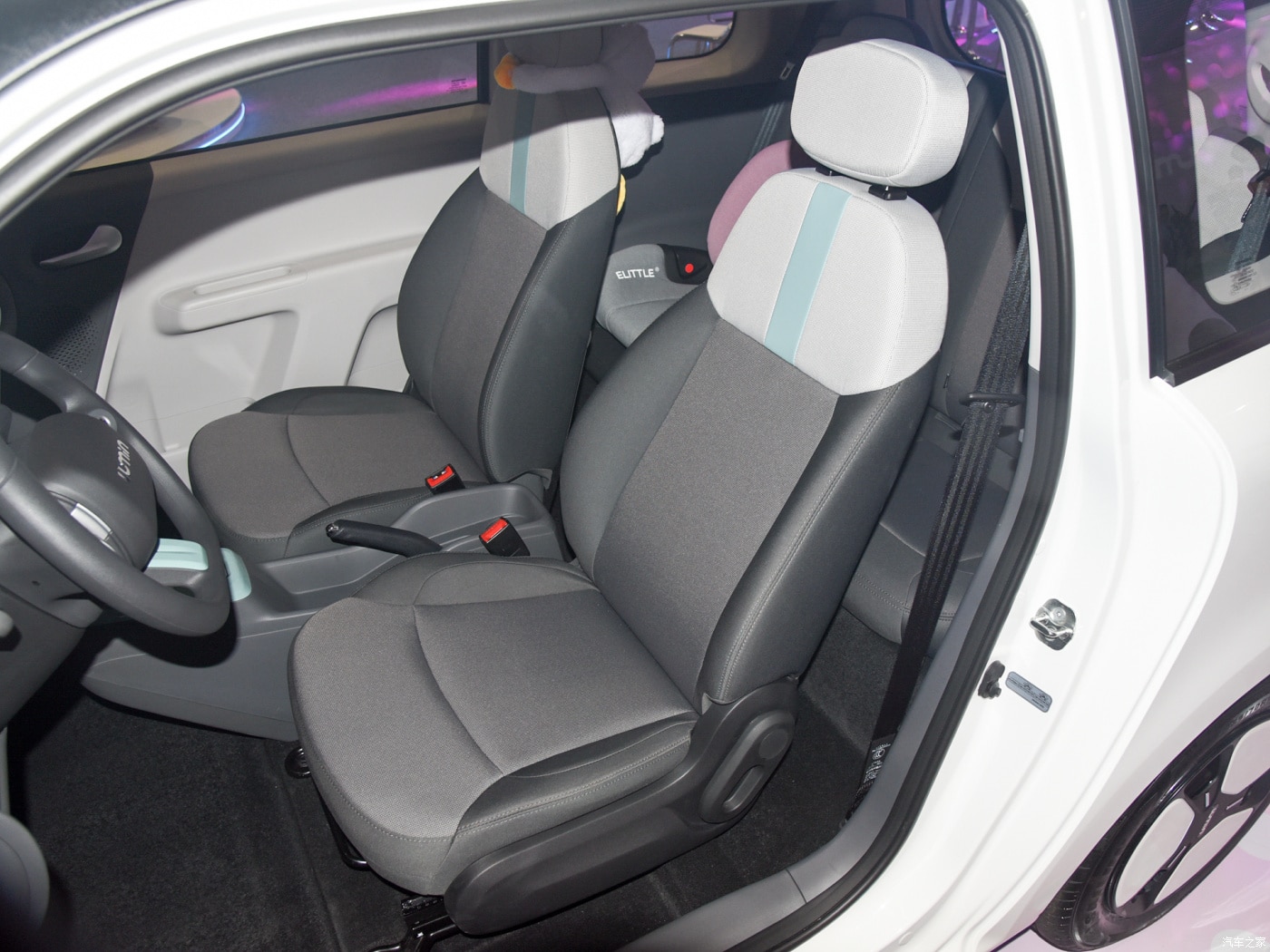 The door cards look like they’re plastic, which is fine by me, because what am I, a sultan? Plastic works, and looks tough. 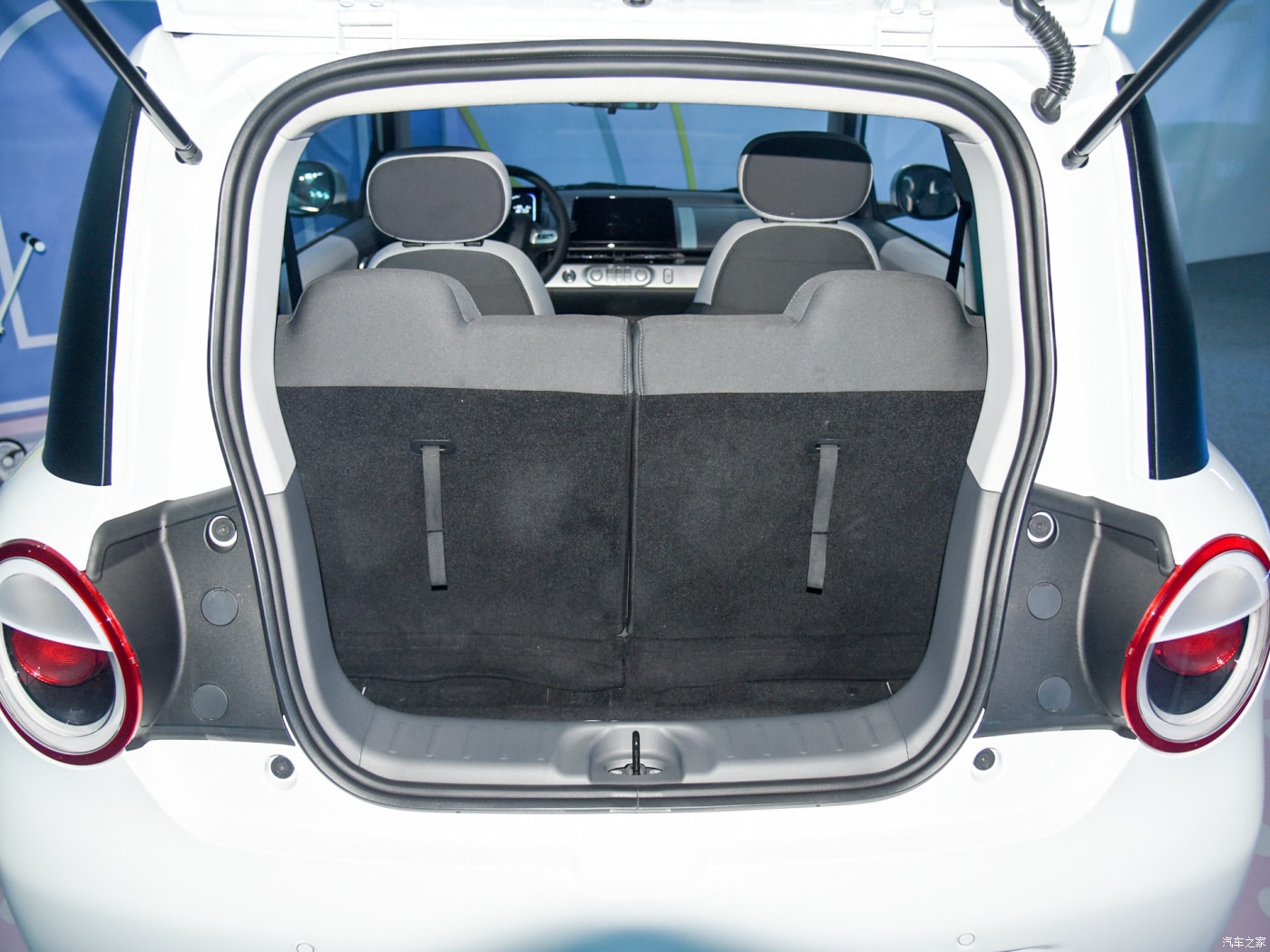 Cargo room with the seats up is, predictably, minimal, but if you need to haul some stuff, drop those split seats down and I bet you can cram more in this little box than you’d expect.

Sure, I can’t speak to the safety of this, and I suspect it’s not great compared to other large modern cars, but I also think that for the likely use conditions of this vehicle, you’ll be fine. It’s not a highway cruiser, it’s for getting around your city or town, so just try not to drive it into any walls or SUVs at 60 mph.

A car like the Lumin Corn could do this job very, very well. Even with the absurd name. In fact, maybe it’ll help.

I'm a co-founder of the Autopian, the site you're on RIGHT NOW! I'm here to talk to you about taillights until you cry and beg me to stop, which I absolutely will not. Sorry. Hug? Also, David's friend.
Read All My Posts »
PrevPreviousToyota Has Officially Revealed The Manual Transmission Toyota Supra. Here’s What We Know
NextThe Amount Of Money I Wasted By Using An Electric Heater In My Garage Is UnbelievableNext