One of our great founders here at the Autopian has made it his life’s work to call out the inadequacies of most of the current self-driving systems in cars. However, there is a bigger issue that seems to be getting worse in automobiles as many designs change to rear windows that are painfully short in height.

What’s with these tiny wipers? 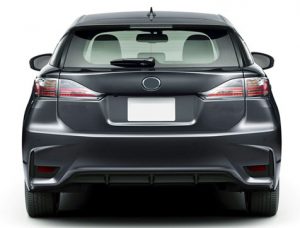 I mean, look at the area these things actually clean…it’s a joke. Sure, some people will say that rear view cameras, giant screens, and beepers make a rear window of any kind superfluous today. To that I say shut up the fuck up, Elon. I think MOST people want to look out through the backlight, and through more than just some dinky little arc when it’s raining/salt spray covered. 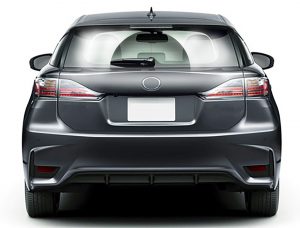 One option is to add more little wipers like on the windshield of an old MG or a Toyota FJ Cruiser: 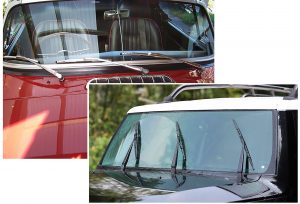 Sources: ebay and The MG Experience

Or for a rear window, the Toyota Cressida wagon went all-in with twin wipers: Still, these are kind of clunky solutions. I want a big wiper that covers most of the window. Imagine never having to squeegee the backlight at a gas stop ever again.

So I looked at the mechanisms that are used INSIDE rear windows, for window shades and cargo covers.

You’re familiar with the scissor-type things that lift the rear window shades on fancy ass cars.

So the wiper would work the same way. I’m thinking two wiper arms that would sweep inwards like a Renault Alpine, but the arms would attach to the wiper “beam” in tracks so the beam would stay parallel to the window. Pretty simple mechanism, and it pushes down so heavy snow would have gravity on its side, and the ‘beam’ would park in the upper lip/duck bill most cars have above the window.

The unit could utilize standard wiper blades in standard sizes…just whatever two or three across standard sizes would fill the space (maybe overlap to eliminate any lines). It MIGHT need internal springs or something to center the wiper – remember the sunshade will self-center because it is a roll.

But see below how it cleans all visible opening on the window:

Another idea for this would be a cable system like that one used on power cargo covers. These things work with an overlapping parallel cable thing that lowers and raises the cover with a motor mounted below that tailgate threshold. 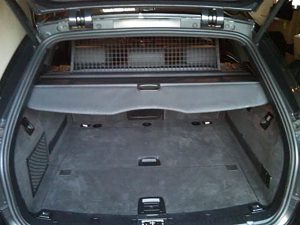 Pretty clean and slick BUT I know how it works ONLY because an identical vehicle is in my garage now and it has broken…twice. Now, if Toyota did this instead of Munich, it might be better. Still, for outdoor use, with tracks that could fill with ice… I think the arm system might be better.

So, could either kind of mechanism create a full width rear window wiper? I’m a nerd but not an enginerd so I need your help! Tell me in the comments here if this is viable and deeply important or just madness!

Read All My Posts »
PrevPreviousThe Utes Of The Nation: 1964 Ford Falcon Ranchero vs 1981 Chevrolet El Camino
NextI Went To England And Came Back Obsessed With These Miniature Steam EnginesNext