The Utes Of The Nation: 1964 Ford Falcon Ranchero vs 1981 Chevrolet El Camino

Welcome to another no-price-limit Friday edition of Shitbox Showdown! As you may have noticed, September has been Ute Month here at the Autopian, owing to Dave and Laurence’s Excellent Adventure, so I thought it would be fun to close out the month by looking at a couple of home-grown American utes. But first, let’s see which of our nor’easters yesterday took you by storm:

Six of one, half a dozen of the other, just about. Neither one is really all that exciting, both have some potential pitfalls, either one will probably get you around just fine. Hey, sometimes you need cars like that, that just do a job.

Speaking of cars that do jobs, let’s talk utes. Utes never caught on in the US like they did in Australia. The idea of a car-based pickup truck makes sense, especially if it’s going to be your only vehicle. If you need to haul stuff but also have a modicum of comfort and decent driving dynamics, a ute will fit the bill quite nicely. Both Ford and GM tried for years to get them to catch on (and Chrysler threw a tiny hat in the ring as well), but sales were lukewarm, and most buyers would rather just have a truck, it seemed. But we here all think they’re cool, so we’re going to show you a couple today. 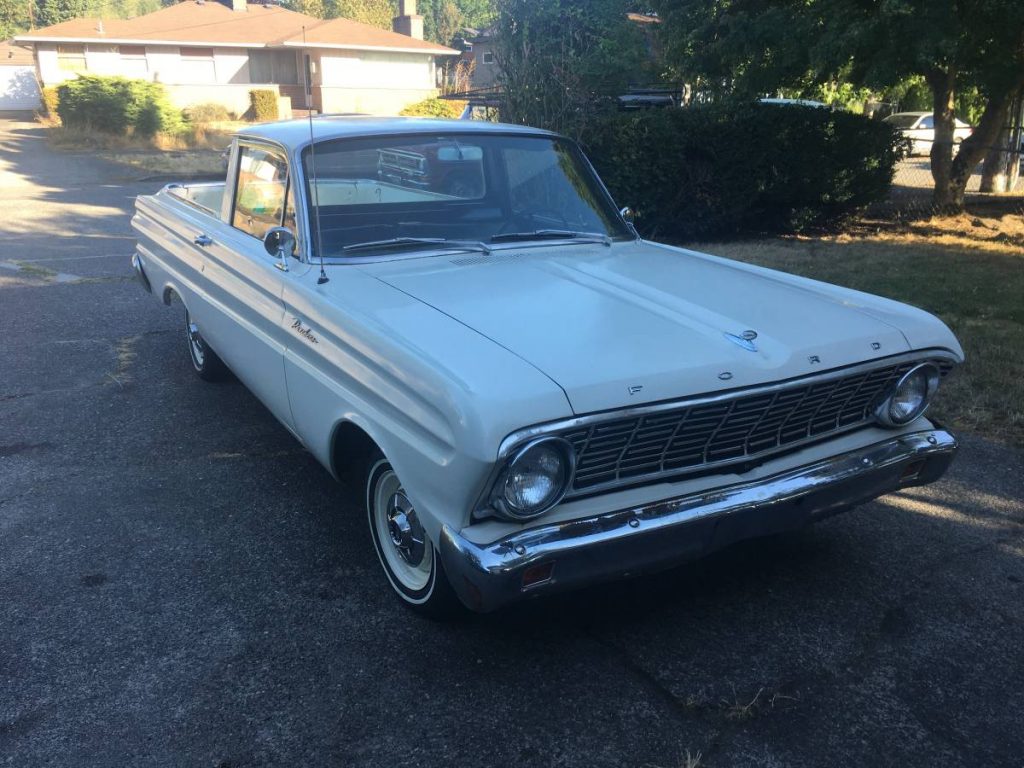 Ford was first out of the gate with utes in the US with the Ranchero in 1957. (Or, arguably, in 1925, with the Model T Runabout Pickup.) The ’57-59 Rancheros were based on Ford’s full-size – and at the time only-size – cars, basically a sedan delivery with the top cut off and a bulkhead/rear window behind the seat. In 1960, the Ranchero shifted to the new, smaller Falcon body, where it remained for several years before growing in size again. 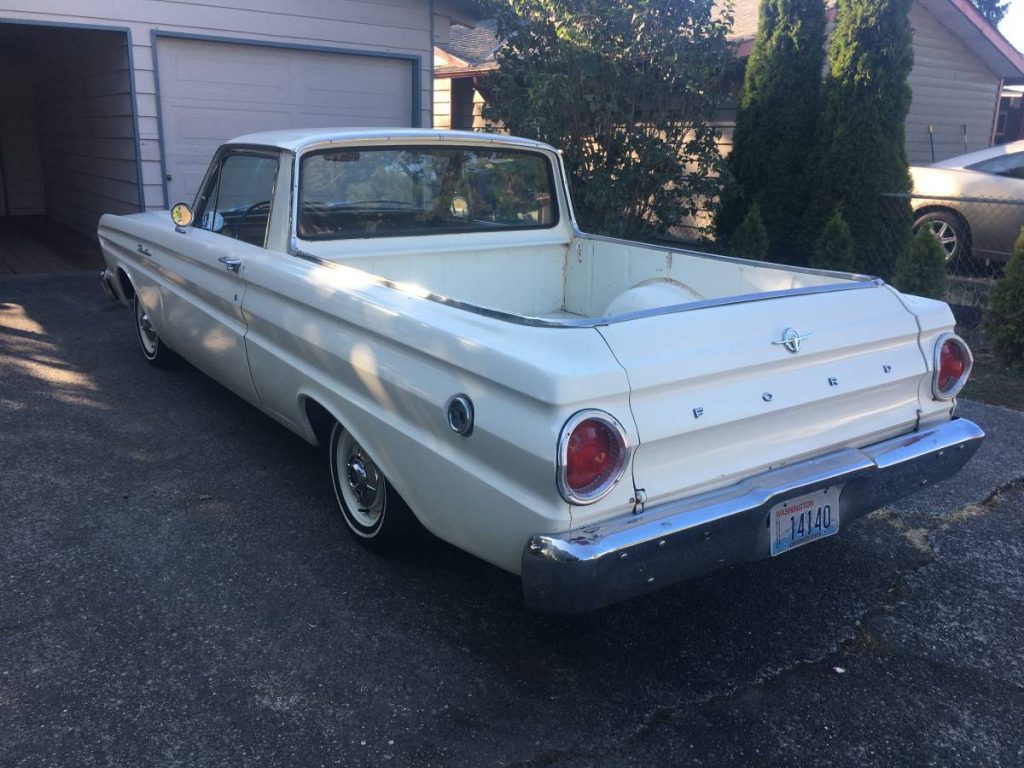 This ’64 Falcon Ranchero features a 170 cubic inch version of Ford’s classic inline six, connected to a three-speed column-shifted manual. Just enough to haul 800 pounds of stuff and a couple of people around, nothing more. It’s refreshing to see a simple little truck in these days of wretched excess; even Ford’s new Maverick is a hulking behemoth compared to this thing. 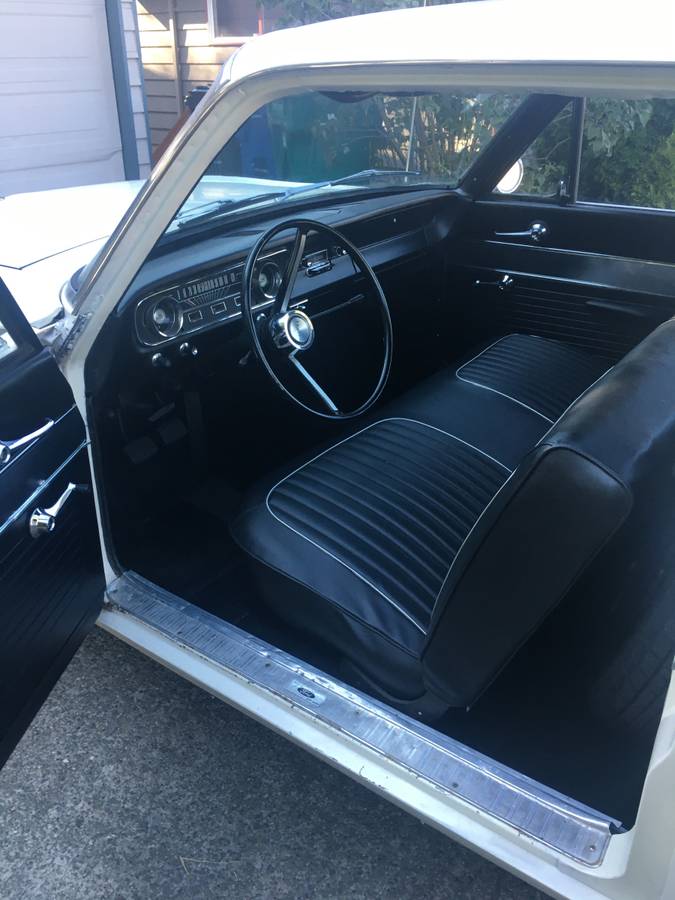 It appears to be in great shape, especially inside, and the seller says it runs and drives well. It has had recent brake and electrical work, as well as new tires, new exhaust, and a rebuilt carb, so in theory it should be “hop in and go” reliable. 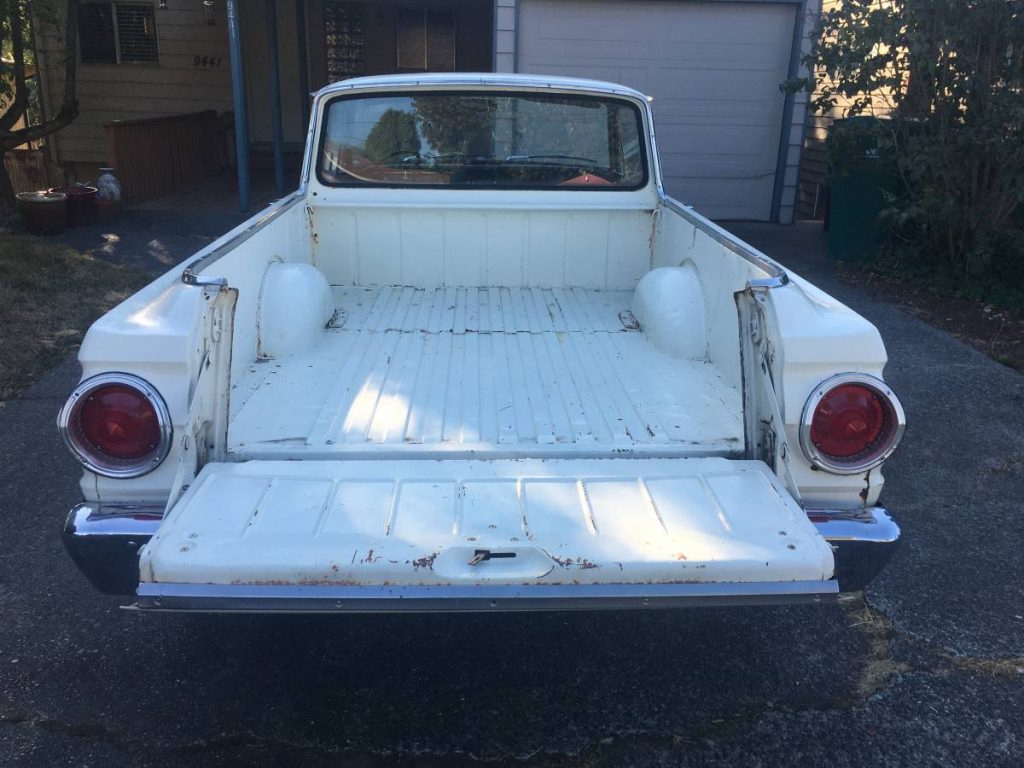 It’s not pristine outside, though, and I like that. Some scrapes and wear, and even a hint of rust, are evident in the bed, showing that this truck has earned its keep. A cool collector car you can take to the lumber yard on weekends? Sign me up. 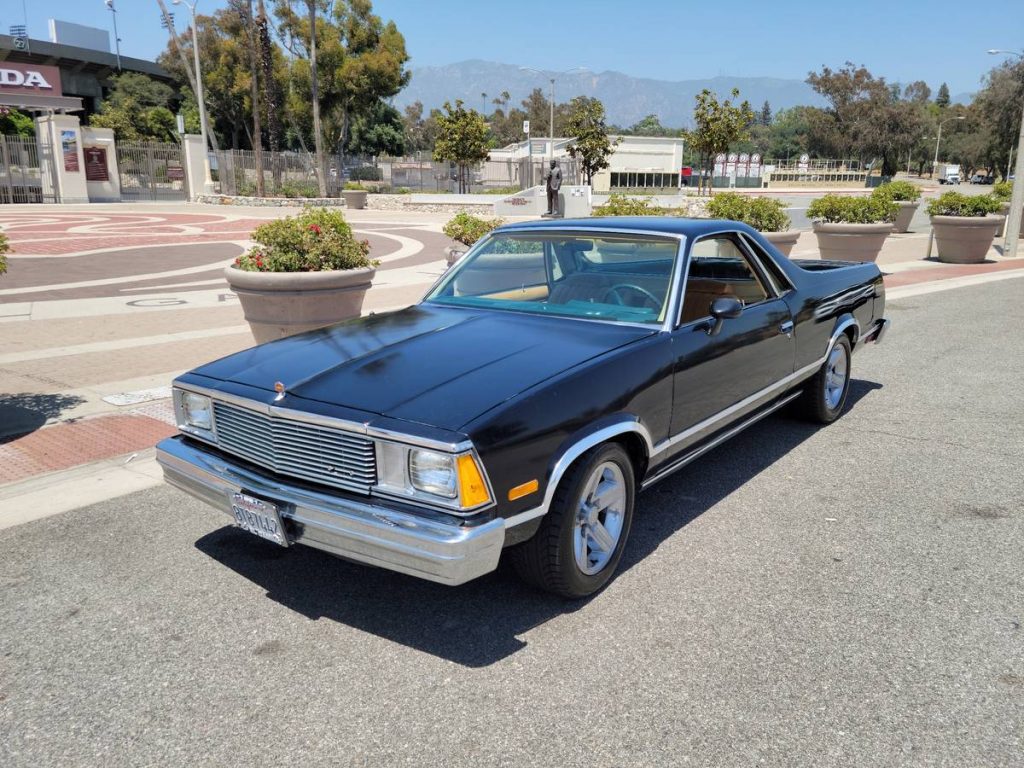 Across town, Chevy played catch-up with the El Camino, introduced in 1959, also based on a full-sized chassis. After two years, they dropped the idea, only to pick it up again on the mid-sized A platform in 1964. From that point on, the El Camino was essentially a Chevelle/Malibu with a pickup bed. The El Camino stuck around eight years after Ford dropped the last Ranchero, with production ending in 1987. 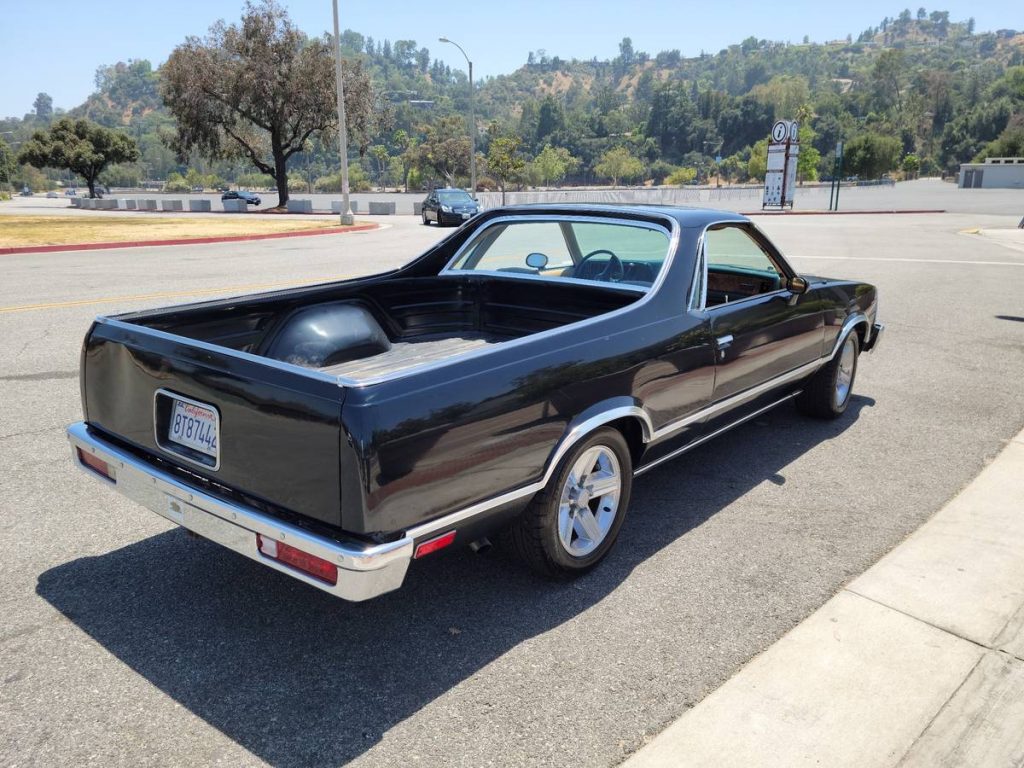 This 1981 model is from the last generation of El Camino, right before a facelift in parallel with the Malibu and Monte Carlo switched to a more squared-off nose with four rectangular headlights instead of two. The taillights of the El Camino are in the same place as the Malibu wagon: down low in the bumper. You probably couldn’t get away with this placement today, but I’ve always thought it was a good look for this truck. 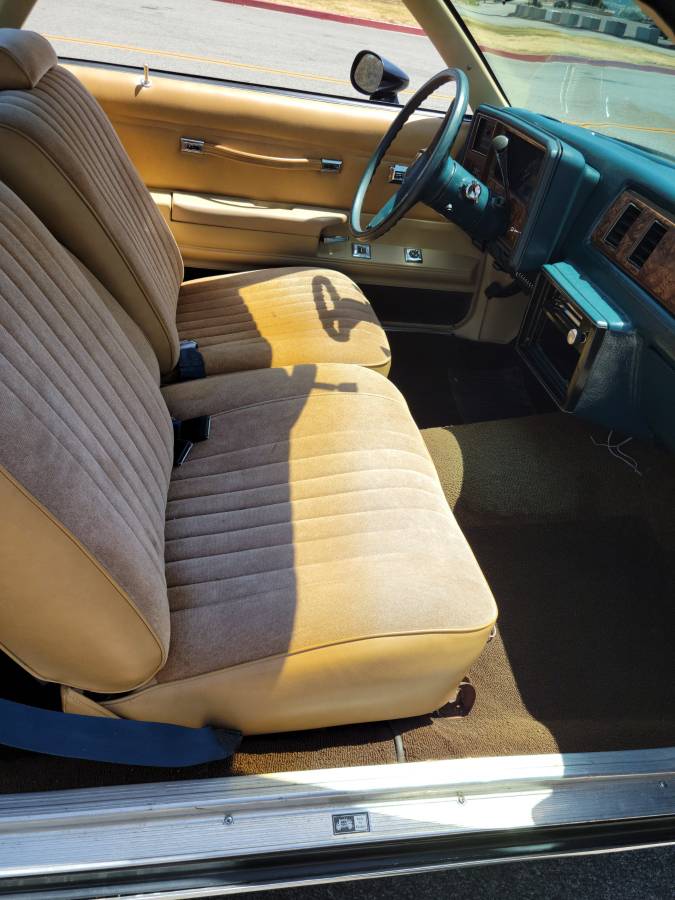 This El Camino is powered by a 305 cubic inch variant of Chevy’s ubiquitous small-block V8, probably with a two-barrel carburetor, and probably backed by a Turbo-Hydramatic 350 transmission. The seller doesn’t actually say it runs, but for $7,500 I would hope it runs just fine, or else it’s going to be for sale for a long time. The registration is out of date, but I can’t read the tags in the photo to tell how out of date. 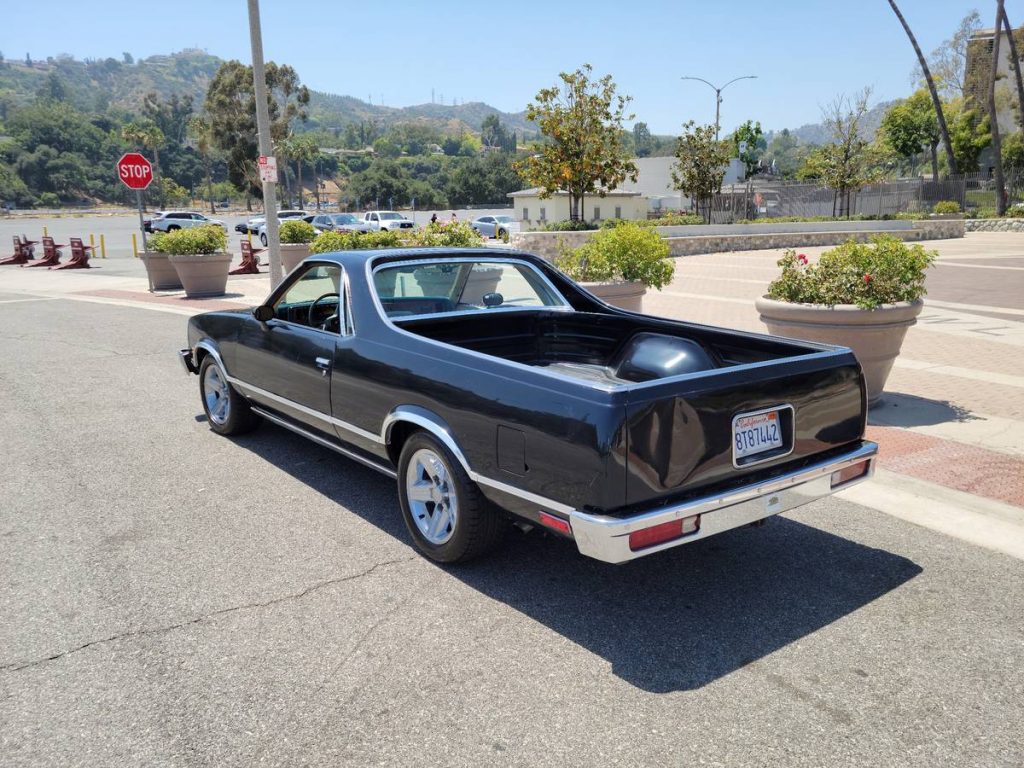 It looks like it’s in overall good condition, except for a sizeable dent in the tailgate. I can’t say for sure, but I bet one of those suction-cup dent pullers could yank that back out and make it at least less noticeable. The paint is otherwise shiny, the interior looks nice and clean (but missing a radio), and the Camaro five-spoke wheels suit it well.

So there they are: Different ways of going about doing basically the same thing, but comparable, I think. They’re both fairly well-preserved, but not so nice that you couldn’t enjoy them and get some use out of them as light-duty trucks. Which one catches your eye?