This Feels Kind Of Like A New Yorker Cartoon: Cold Start

I’m not exactly sure what it is about this page from the 1959 Imperial brochure, specifically the page for the Imperial LeBaron. That’s right, the Chrysler LeBaron spent some time as an Imperial. I know, right? But that’s not what I want to talk about right now. Right now I just want to see if you agree that there’s something about this brochure painting that feels like it should be a New Yorker cartoon.

Do you see what I mean? There’s something about the central framing of the car in the city, abut the looser brushwork of the background, about the visibility of the people inside, clearly in mid conversation, those birds– everything, really. It feels like it’s just an italicized caption away from being a New Yorker cartoon.

Should we try and think of some captions? That seems difficult. But let’s try:

“No, Claire, that’s not Minerva, it’s Athena Nike, the goddess of victory. You can tell by the size of her rack.”

“Driver, please circle around so we can check out the genitals of that horse.”

“That was my great-uncle Arthur. He was the only General in the War of 1812 to surrender to Japan.”

“No, I don’t think that’s a good Halloween costume idea, Charles. I’d want a horse, too.”

(bird 1 to bird 2) “If you want to get it right on the windshield, hold it in until you pass right over the hood ornament.”

I don’t know. Maybe you can think of better ones. In the meantime, I’m going to use this as an excuse to show my favorite Charles Addams cartoon: 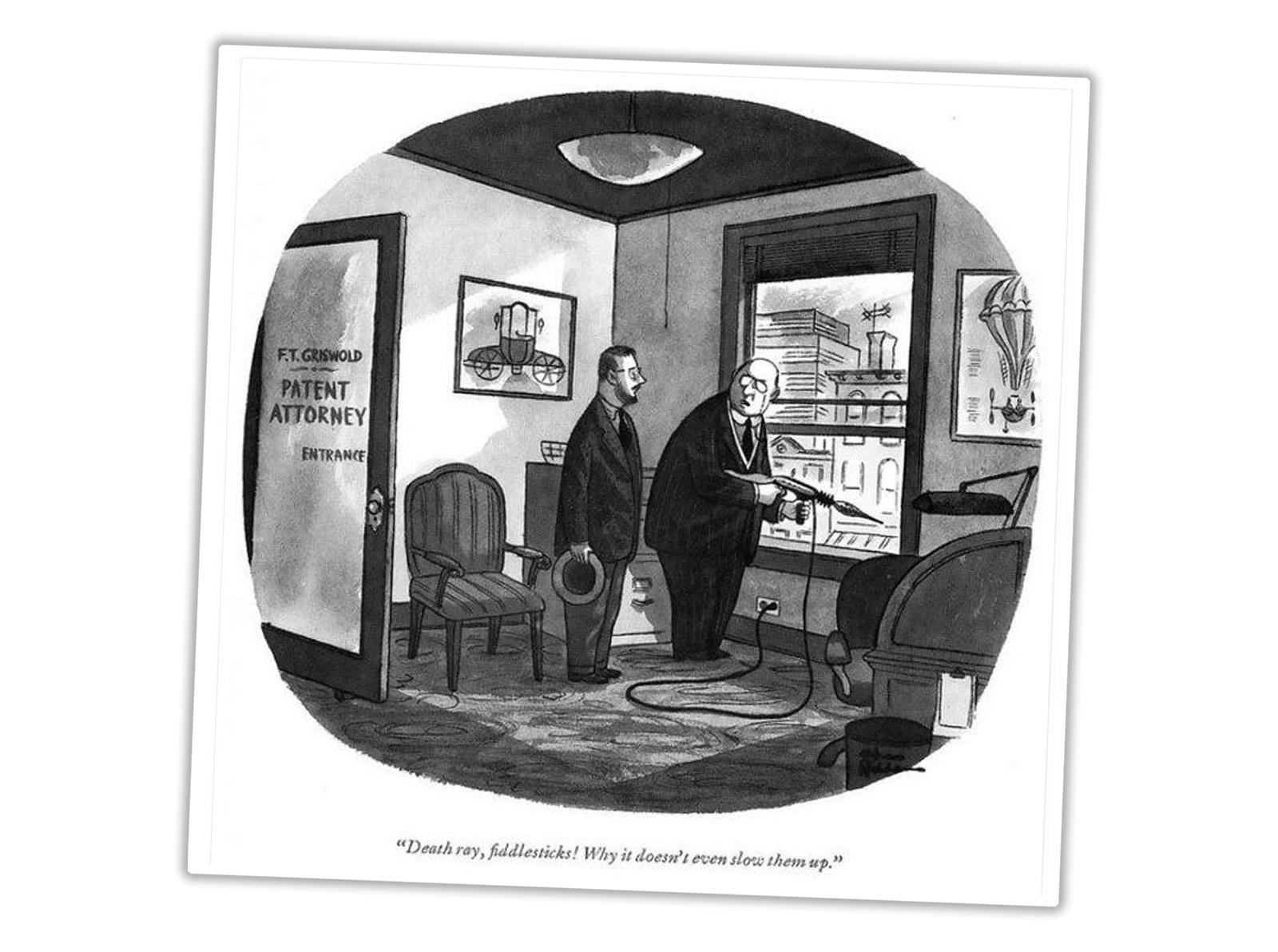 Oh, it’s so good and dark. And it gets better the more you think about what’s going on! The man was a genius.

I'm a co-founder of the Autopian, the site you're on RIGHT NOW! I'm here to talk to you about taillights until you cry and beg me to stop, which I absolutely will not. Sorry. Hug? Also, David's friend.
Read All My Posts »
PrevPreviousFiat Barchetta, Daihatsu Midget, Volvo V70 R: Mercedes’ Marketplace Madness
NextKia And Hyundai Are Very Good At This Carmaking ThingNext