I know there are a lot of you out there who believe that I have, somehow, just concocted the very idea of a rich, thriving Taillight Subculture out of the dank recesses of my depraved mind. That, somehow, there are no taillight bars and clubs and taillight-themed restaurants and cruises and erotic lifestyle events, that taillights are merely a government-mandated signaling device used on cars, and not humankind’s purest form of technical and artistic expression. I understand why many of you believe this, but, if so, then I ask you to explain the existence of these 2006 official Volvo photos of Studio Chief Designer Simon Lamaare and a beloved taillight from a Volvo C30. You can’t explain it without a vibrant taillight culture, so don’t even try.

I need to thank fellow autojourno Rob Stumpf for stumpfling across these images and posting them to Twitter, which is where I was alerted to their existence:

Recently learned that Volvo had the chief designer of the C30 pose with its tail lights back in 2006.

Y'all these are actual press images and I'm screaming.

I need more of this kind of Big Volvo Energy in press releases. pic.twitter.com/O8XNeoYxML

Man, you really need a moment just to really drink these images in. Ostensibly, the whole press 2006 release is about highlighting Studio Chief Designer Simon Lamaare’s Quebecois heritage, but the pictures tell a very different story. I mean, look: 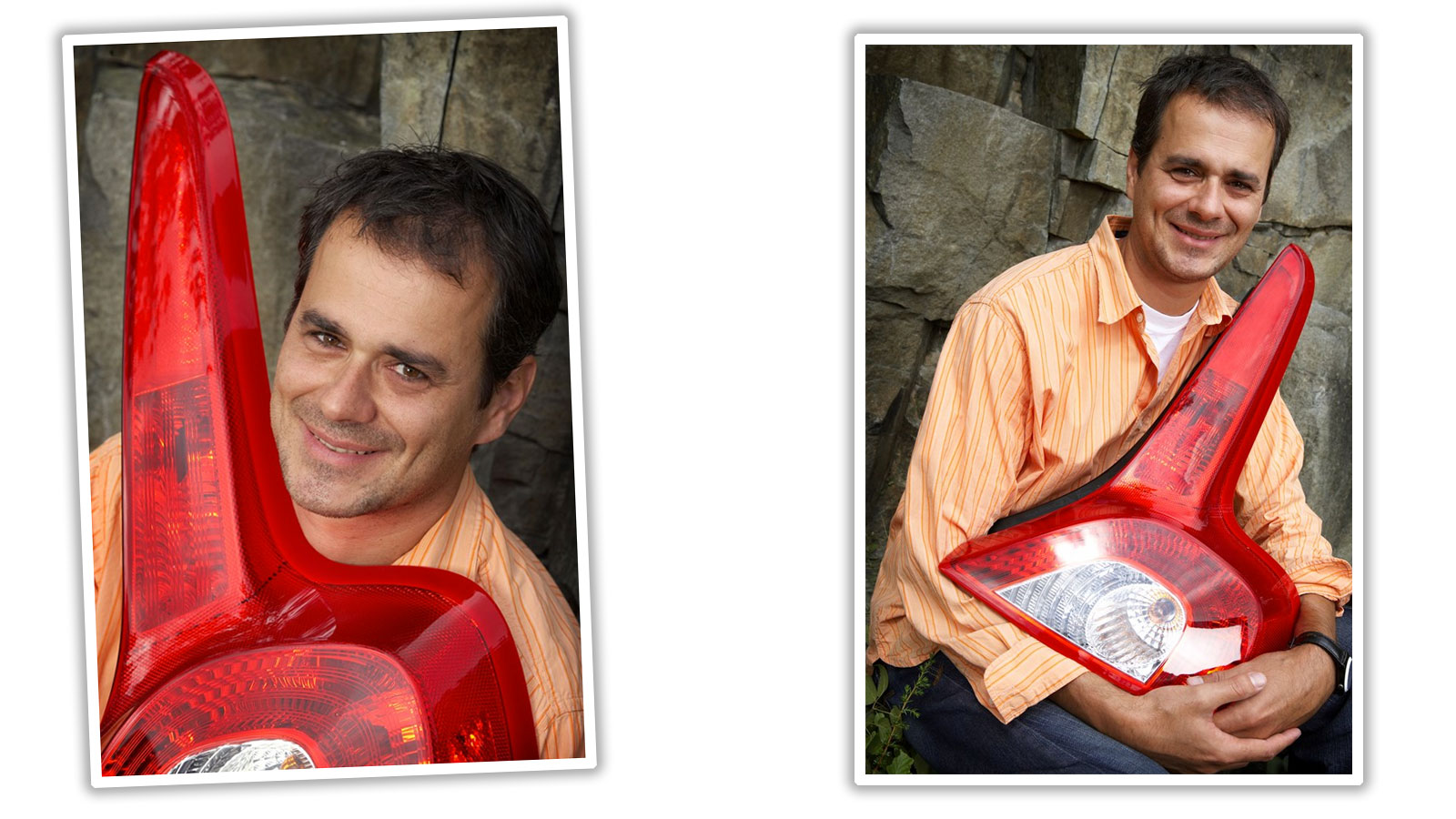 There are a lot more than being from Canada going on here, unless maybe you’re telling people at your middle school you have a taillight in Canada you’ve been seeing.

The taillight is from a car Lamaare worked on, the Volvo C30. Lamaare discusses the C30’s design in the press release:

This time, Lamarre has taken Volvo Cars in the other direction: to the premium compact segment. The four-passenger C30 is a full 22 cm shorter than the five-passenger Volvo S40 sedan.

“I definitely enjoy working on something that isn’t mainstream,” says Lamarre. “But the C30 was extra fun because it was stepping away from what people would normally perceive as a Volvo.”

Lamarre explains that Volvo Cars has typically been a family-focused company with vehicles designed to accommodate both parents and children. The C30, on the other hand, is designed to appeal to the single crowd or couples. He says this new direction not only created excitement and high expectations for the car within the company, it also fed his enthusiasm for the project.

“I wanted to create something that’s different, but would still be perceived as a Volvo,” he recalls. He says it was a mandate that required a delicate touch and adds it’s a reason why he feels the automobile represents the ultimate design challenge. “Designing a car is all about finding a balance between many different aspects,” he says. “You have to consider manufacturing capabilities, it has to look good, be useful and be economically viable. On top of that, you have government regulations to consider.”

But the biggest challenge to automotive designers is how people interpret their work. “You can quantify engineering, but you can’t quantify design,” he says. “To me, good design makes a statement without screaming at you. So I try to keep my design work simple with simple shapes, no excessive folds in the sheet metal and no ornamentation.”

And, if you look at the C30, with its Volvo P1800ES-like glass rear hatch, you can see that the taillight design plays a huge role in the car’s dramatic look: 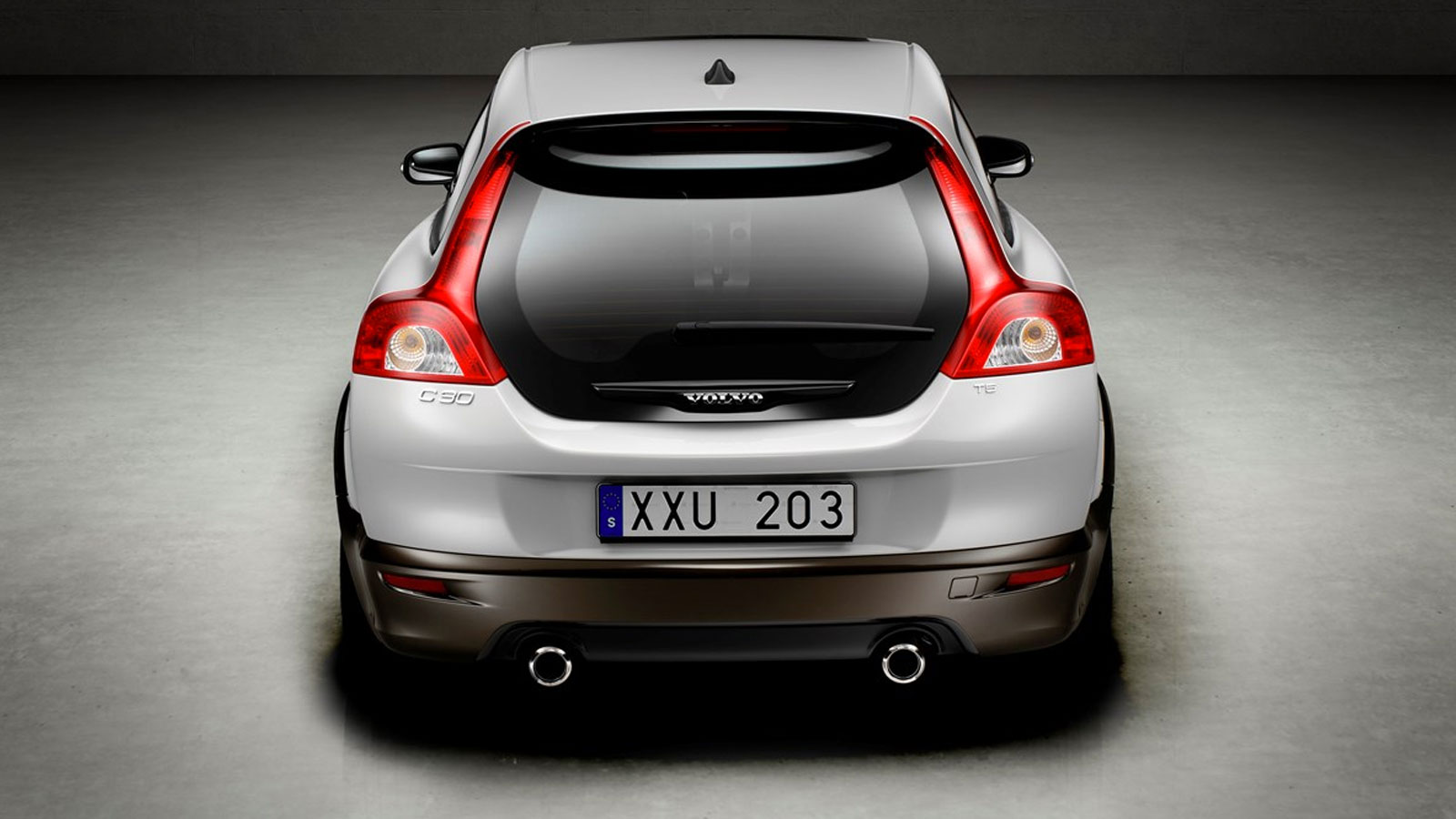 They effectively are the C-pillars of the car, framing the showcase element, the glass hatch, and emphasizing the “shoulders” of the car as well. These taillights are Big Deal to this design, and, based on these photos, to Simon as well. 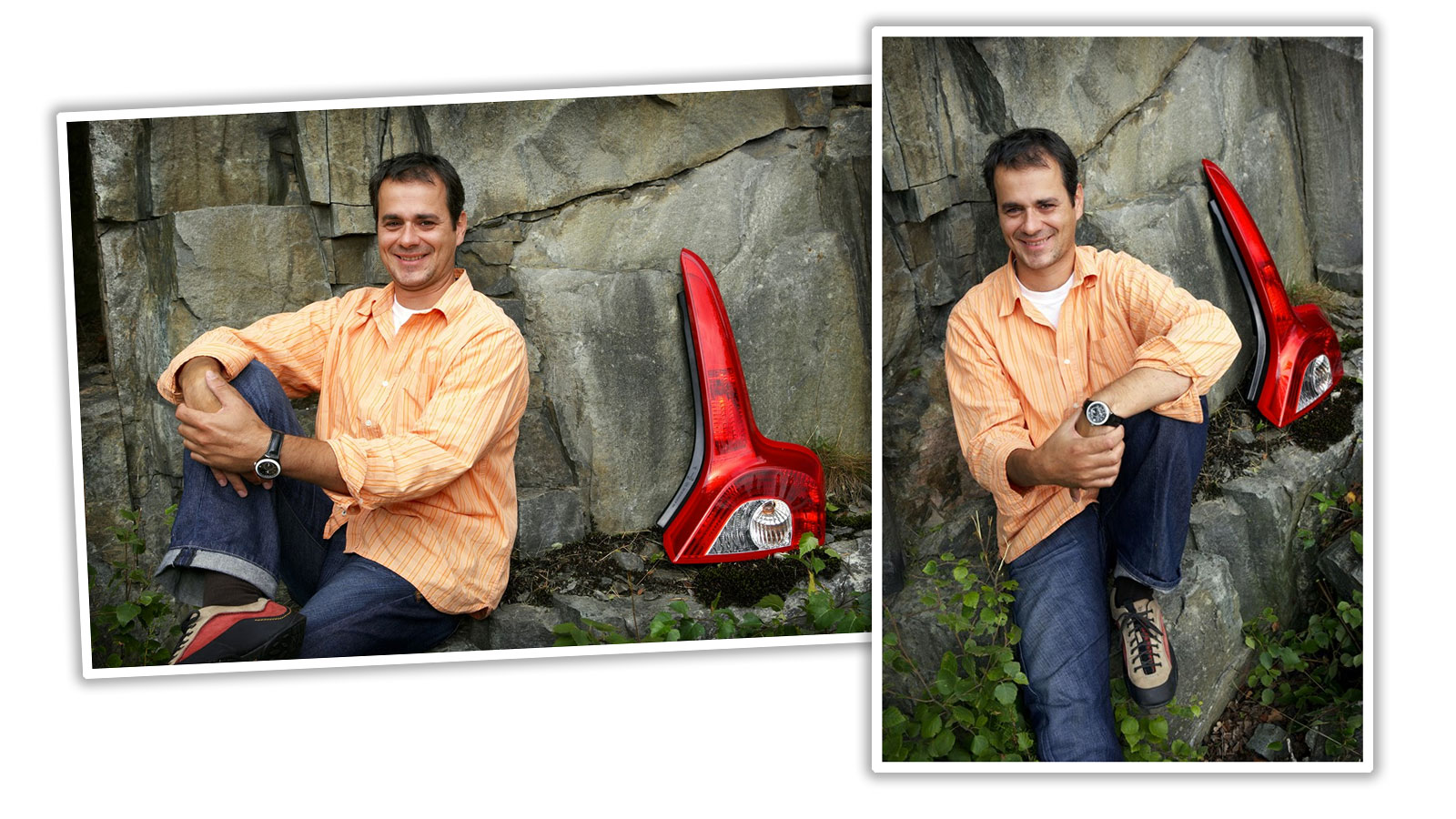 Look at those pictures up there. They’re not the usual publicity photos of an all-powerful designer and the Art that they breathed into being; this is a photo of partners, the designer and the designed, equal participants in the demanding game of translating metal and plastic into something that stirs people, deep inside.

There’s love in these pictures, and if you can’t see that, then you have my pity, as you live in a dark, joyless world.

There’s confidence, too, born from a security that only comes from genuine respect given freely, openly, from all parties. How else can you explain this image, where the taillight is given center stage, and the designer is happy to recede into the background, proud of his creation and confident enough to let it exist on its own merits? 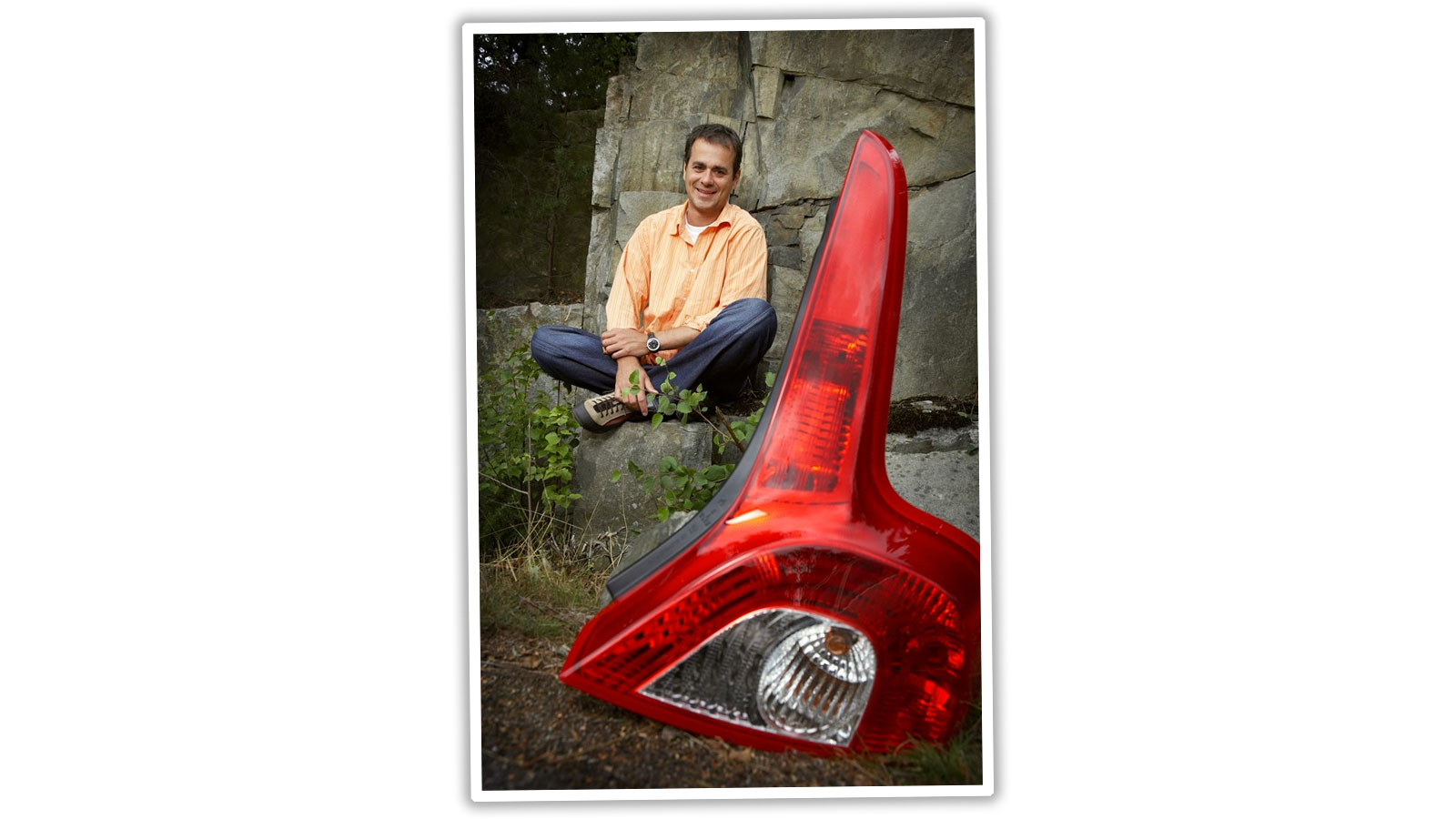 This isn’t really a press release about Quebec or Simon Lamaare or Volvo. It’s a love letter masquerading as a press release, a bold, unflinching reminder that taillights are red because they pull their essence from deep within us, from the CHMSL-red blood that pumps in our hearts, and the pride of someone who helped bring a new taillight into the dark world, to illuminate reverse progress, to pulsate amberly as a turn is indicated, to glow a crimson warning of an impending halt – this is what matters.

It seems that at least once in 2006, Volvo and at least one of their designers understood this, deeply.

I hope Lmaare and his taillight are still together and happy to this very day.

I'm a co-founder of the Autopian, the site you're on RIGHT NOW! I'm here to talk to you about taillights until you cry and beg me to stop, which I absolutely will not. Sorry. Hug? Also, David's friend.
Read All My Posts »
PrevPreviousThe Never-Sold-In-America Cadillac BLS Gingerly Holds Your Hand And Welcomes You To An Alternate Universe
NextGeneral Motors Built One Supercharged ‘GXP’ Version Of The Lovable Pontiac Vibe And You Can Actually Own ItNext