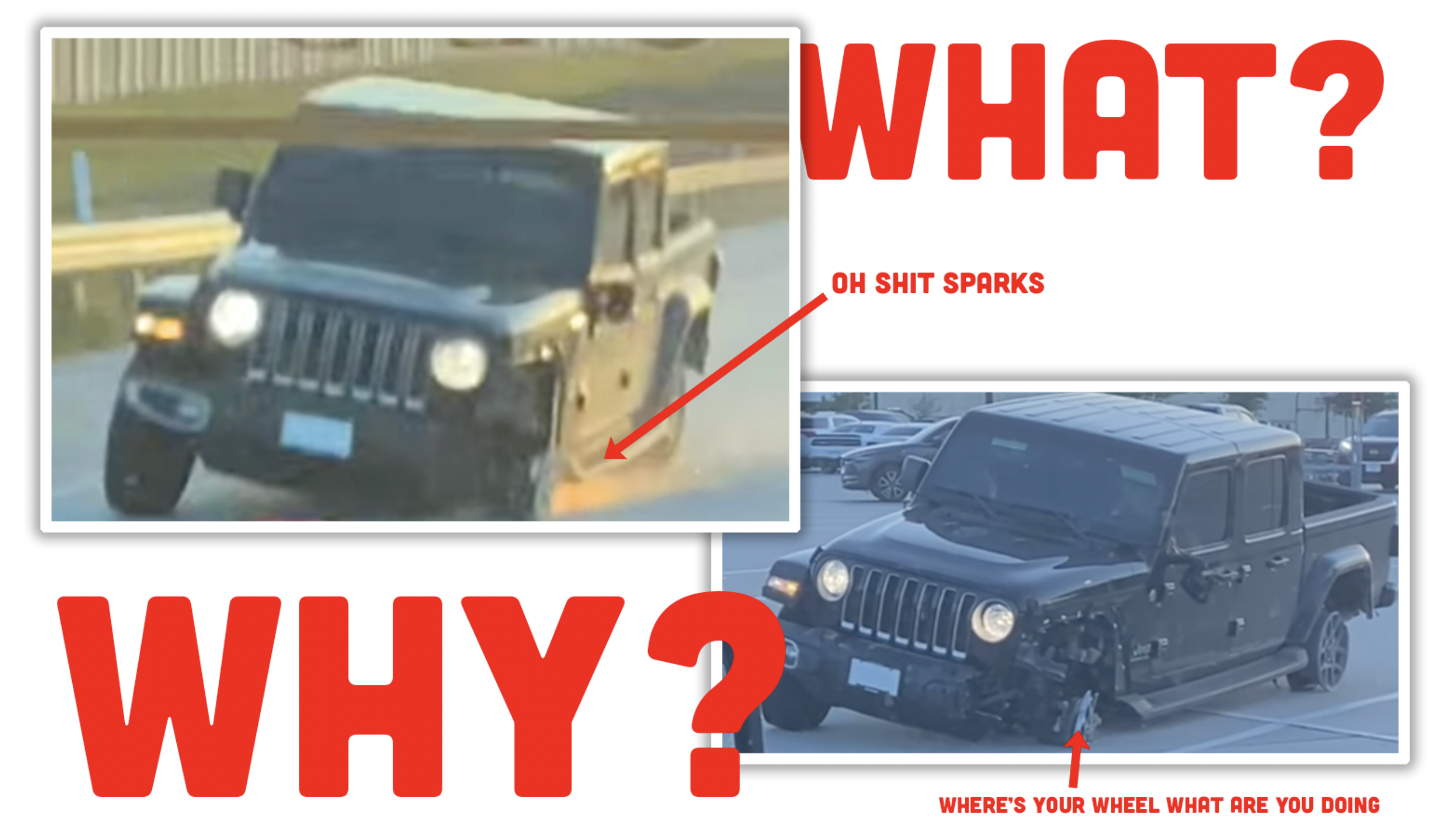 Something bizarre happened in Houston, Texas last week, but I’m having a hard time understanding exactly what. All I know is that someone drove a severely-damaged Jeep Gladiator pickup on a highway at speeds that I wouldn’t dare approach in many of my fully functional cars — certainly not if they had under-inflated tires, especially if that inflation pressure were zero, and the “tires” were made of just air. Just watch as sparks fly and confusion abounds.

As a general rule, when I write an article I try to make sure it’s informative — that it teaches the average reader something new about cars, even if it’s just something small. But there are times when I just have something weird I want to show you, so that together we can just gawk, possibly drool a little, and then move on with our days.

That’s what we have here. I have basically no context to provide; all I know is that a Texan named Jeremy Price posted this vide to Facebook with just the simple caption: “The shit you see in Houston. Lmao. This was on my way back from my daughters Banquet tonight.” 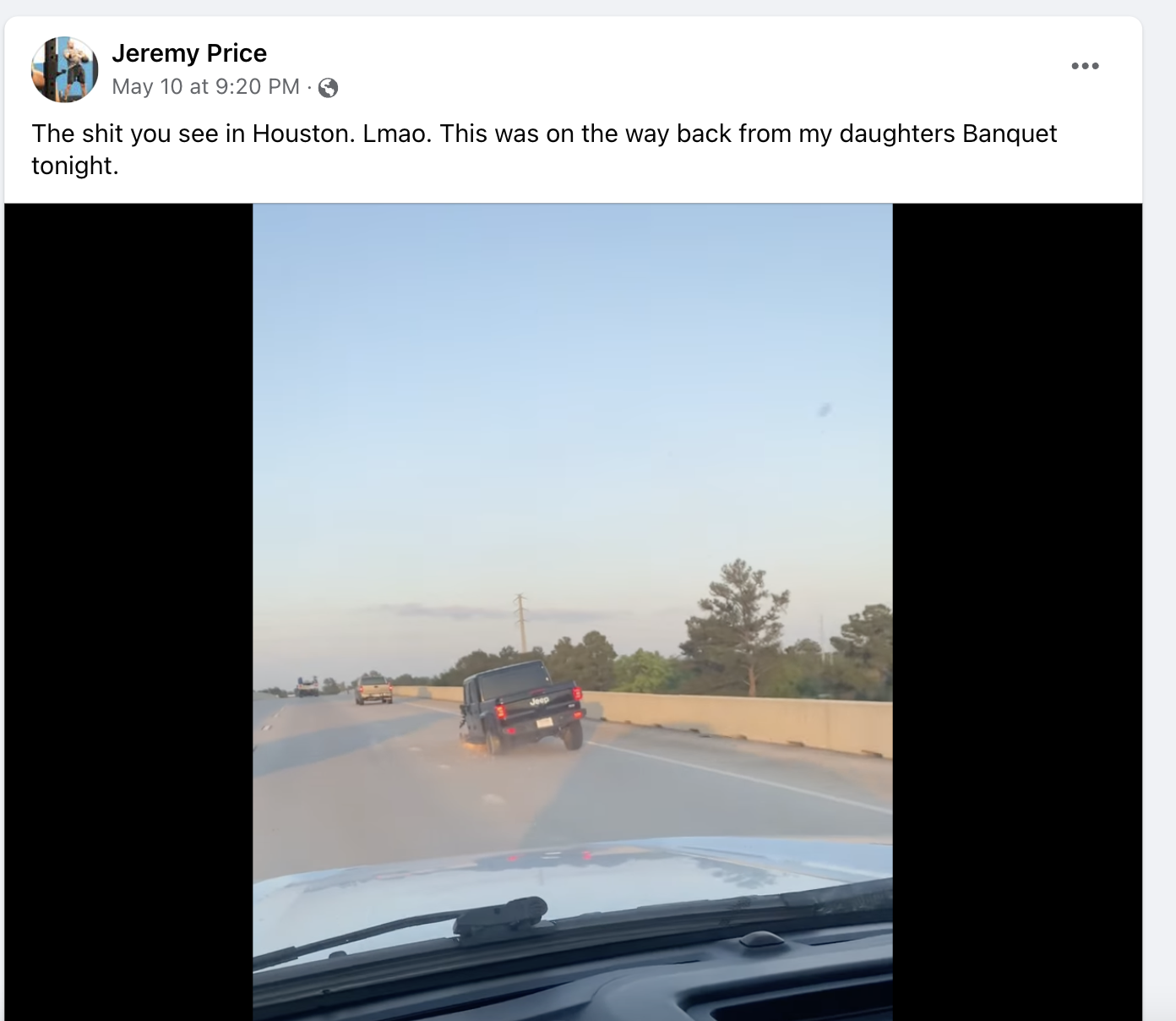 Click on Jeremy’s profile to watch that video, or you can just check out the embedded clip below from boring.cars, who re-posted the video:

I really have absolutely no clue what the heck is going on. The Jeep Gladiator is hauling down a highway, with both driver’s-side tires missing, and the wheels sparking against the ground. The front left wheel appears to have disintegrated, the fender flare is missing, the corner of the front bumper has clearly been torn off, and the mirror looks broken. 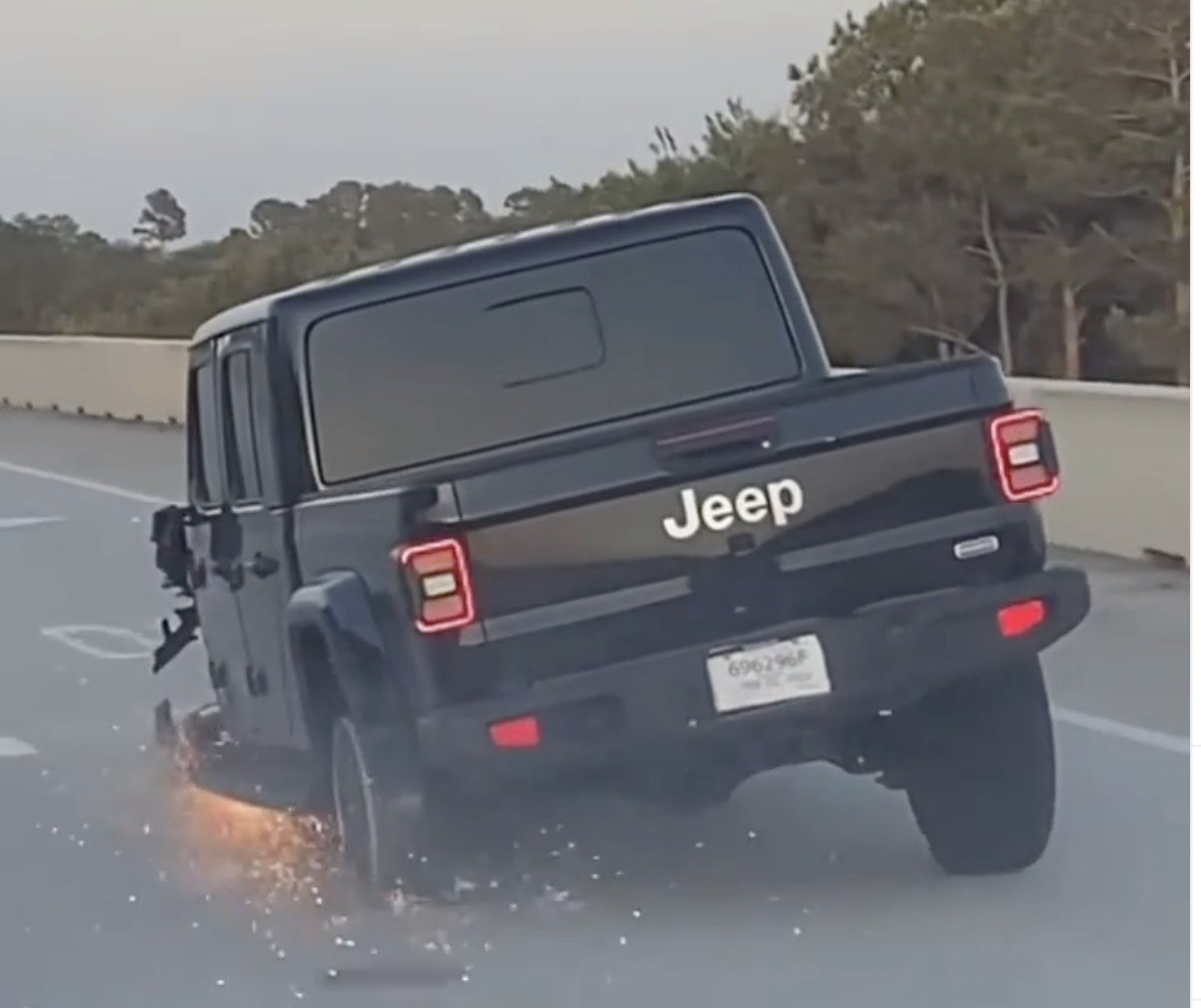 The tags appear to be temporary ones, so I’m going to assume that this is a fairly new Gladiator. Why the person behind the wheel thinks it makes sense to just pilot the car for several hundred feet (at least) on the highway before pulling into an HEB grocery store is beyond me. 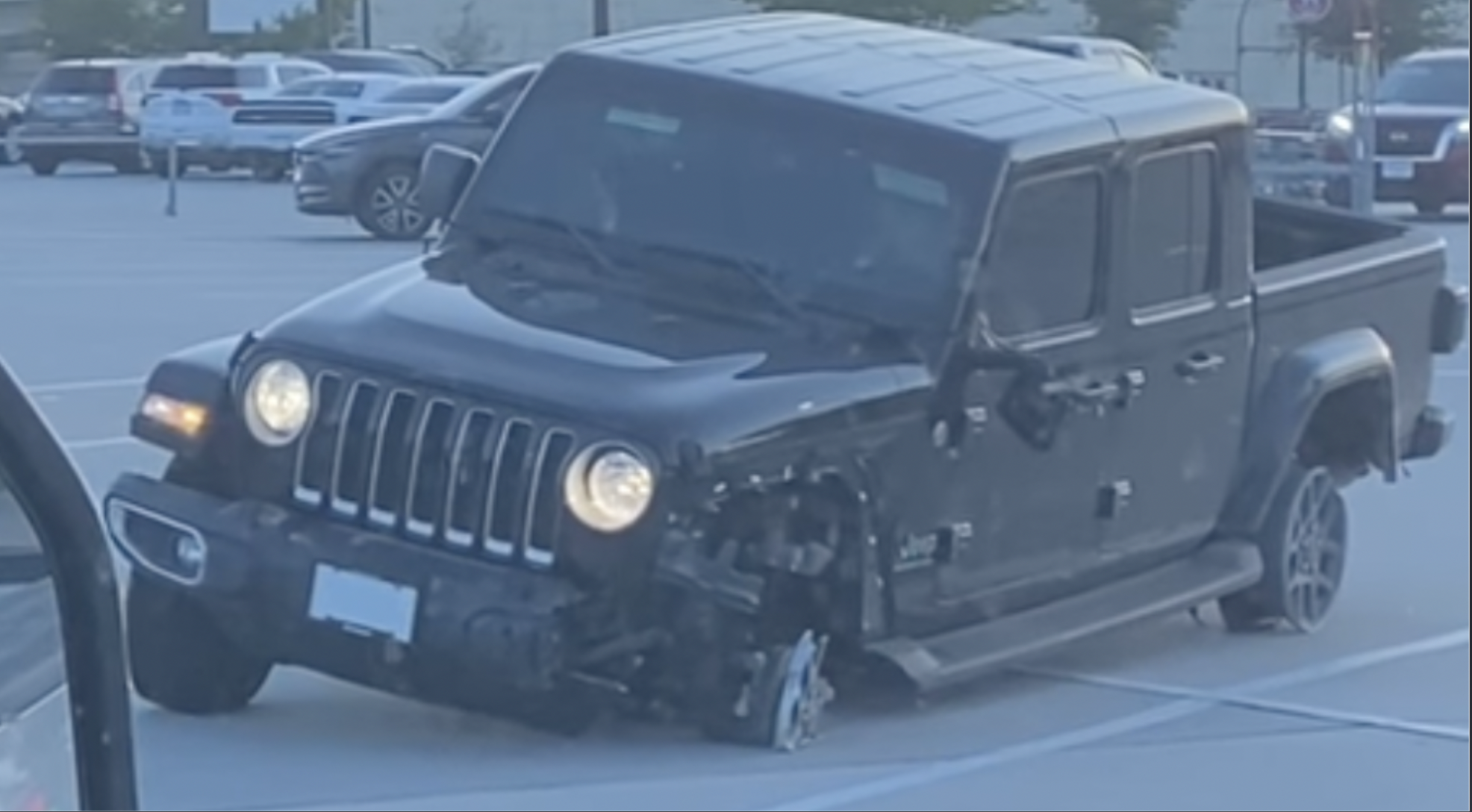 I bet the Gladiator could be fixed fairly easily. Replace those wheels, snag a new front bumper, get a new fender flare (those pop off easily for off-road use), probably get a hold of a new wheel liner, and then just have a look at any other steering/suspension bits that look compromised (I bet they’re fine). Still, I have very little understanding how anyone could think driving a car in this condition is somehow the right move over, say, towing it. That’s the missing answer that I’d like for this article: Why?

Seriously, there’s got to have been some thought-process that went into this person choosing to — instead of get the vehicle towed — hold desperately to that steering wheel while listening to the Jeep as it grinds against the high-speed highway. I see that there’s a Chevy truck in front with its hazard lights on; is that a friend helping the Gladiator driver limp their vehicle off the road? But if the Gladiator driver had time to call a friend, surely they had time to think that, just maybe, driving a vehicle in this state on a public highway is completely idiotic.

Again, sorry about the lack of informative content. This one has me thrown for a loop.

Rust-loving Jeep man, cofounder and EIC of The Autopian, Jason's friend. Email: david@autopian.com
Read All My Posts »
PrevPreviousThis Might Be The 2023 BMW XM: BMW’s New SUV King
NextThis Pikes Peak Porsche 914 May Have The Worst Car-Eyes Placement I’ve Ever SeenNext