Today’s Taillights: The Round Kings, The BMW 2002 And Ford Cortina

Ever since I started a regular place on The Autopian to focus on important taillights, I’ve been getting a lot of pressure from the Taillight Community, especially from those members with intense loyalties to a particular taillight. I’ve been threatened, bribed, even had a Volvo 240 taillight thrown through my house window, all to have either their favored taillights featured, or despised ones suitably shunned. I’m proud to say that I will not be swayed by any outside forces or influences, and the taillights I chose to feature will be ones that I select, based only on a deep, gut-level feeling that I have grown to trust, at least when it comes to taillights. Today, my gut has counseled me that it’s time to discuss a pair of taillights, perhaps the two best examples of the European Round category, the BMW 1600/2002 (1966-1972) and the Ford Consul Cortina Mk I (1962-1966).

Round taillights have been around since the very earliest of cars, starting with the lone red-lensed kerosene lanterns found on so many early vehicles, and continuing on as a design element on many cars, notably Ford’s affinity for them in the 1950s and 1960s. 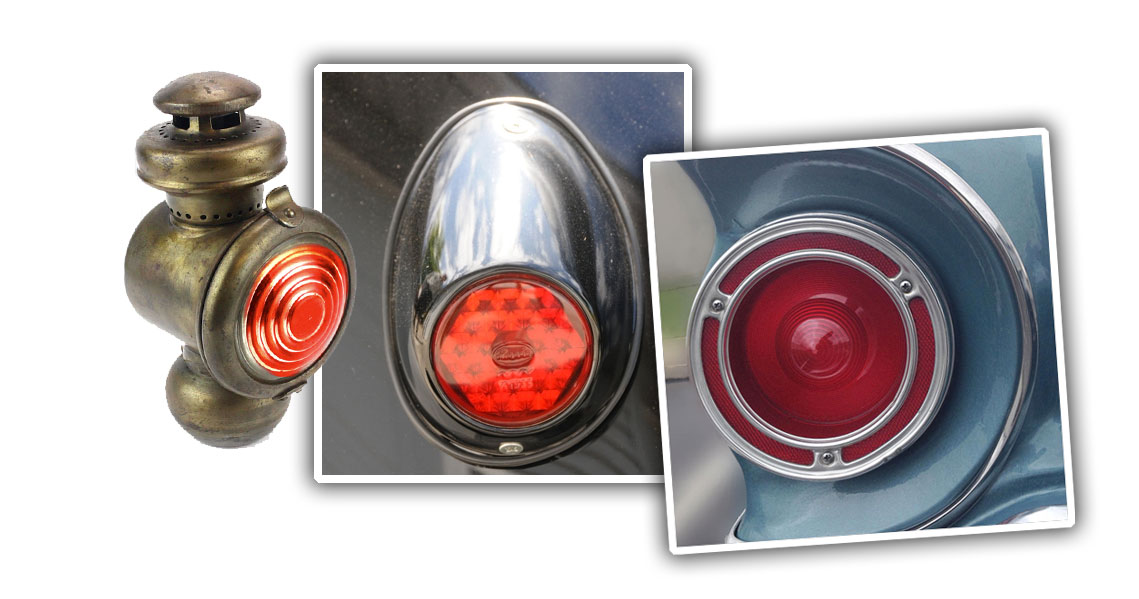 Unlike headlamps, trapped under the cruel bindings of America’s sealed-beam headlight laws (at least until rectangular lamps were available in the mid-1970s and then shaped ones from 1984), there was nothing that forced taillights to be round. Taillights could be any shape plastic could be molded, well, within certain limits of regulations and decency (though even that seems to have a good bit of play), but even with this freedom, the appealing simplicity of round lights still remained a draw for the taillight designer.

Interestingly, quad-round taillights have always seemed to be more popular than a simple pair of round lights, perhaps because circles tend work well in series, or because a lone round lamp per side may not seem to cover enough area in many cars. It’s partially because of the relative rarity of single round taillights that I’ve chosen the ones I have today.

Let’s take a look at the ones I’ve selected today, and compare their similar yet quite different approaches to solving the taillight challenges. 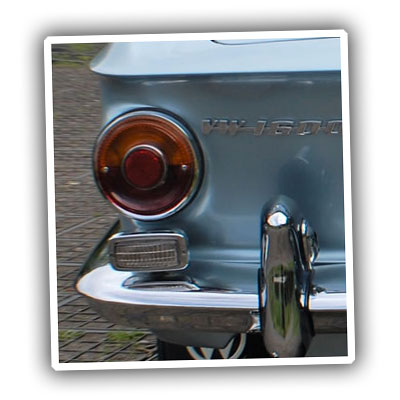 Some of you may be wondering why I haven’t included the very-similar Volkswagen Type 3 Ghia taillight here as well; the reason I’ve chosen not to include it is because its extremely similar to the BMW lamp, yet positions its reverse lamp externally (when installed at all), and it has a much smaller production run than the 2002 light.

These factors together means that the Type 3 Ghia taillight, while close to the BMW light, never quite reached the iconic status of that lamp.

And that’s the thing about these two round taillights from BMW and Ford (of Britain): they somehow do have iconic statuses, to the point that they’re some of the few taillights to be regularly noted and known by normies, those poor bastards whose lives don’t seem to be guided by glowing scarlet beams from the rears of cars.

Round-taillight BMW 2002s are more desired by collectors, and part of the appeal of Mk 1 Ford Cortinas is definitely the styling, of which those round, bold, tri-sected lamps play a huge role.

Personally, I do consider these taillights to be the standout examples of integrated, round taillight design, and what I love about them is how wildly different their personalities are.

Let’s start with the Cortina. Of the two, the Cortina lamp is more exuberant and expressive, and, like many round taillamps, especially from Ford in America, seems to be inspired by Jet Age design, with the overall look of the light referencing jet engine exhausts. 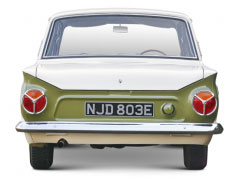 The chrome Y-shaped detailing that delineates the three sections: amber indicator at top, then a pair of red-lensed sections, one for tail, one for brake. This era of Cortina didn’t bother with reverse lamps, because that’s for going backwards, and as we know, a Cortina, especially the partially-Lotus-engineered ones, were all about going forward, fast.

Also, reverse lamps weren’t required yet when these were made, so there’s that.

These round lights are very stylized and bold, and really define the rear of the car, as they’re even more oversized in proportion to the rest of the car than you’d normally find in this era. The two-tone paint of the Lotus Cortina serves to just make them even more prominent. 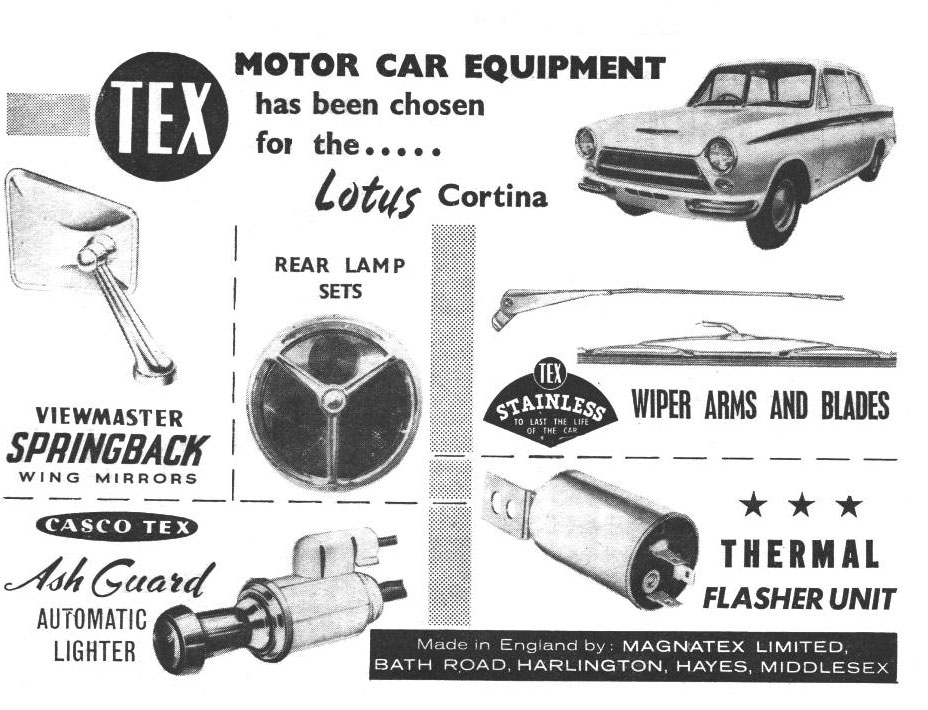 The required reflector in the light unit is round and inset into the inner red lens, with matching round bulb-fresnel lens detailing for symmetry, giving a three-circles-inset look to the light, if you’re paying attention. It’s a nice touch.

These are flashy lights, perhaps more about style than function, though they’re plenty big to be useful. 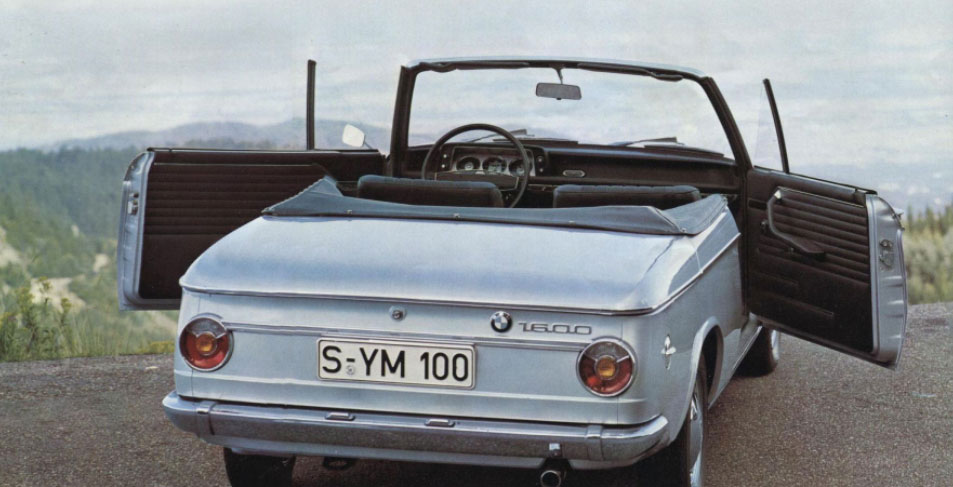 Moving to the BMW 2002 (though these did debut on the 1967 1600) we find round lamps that while equally stylish, nevertheless carry a remarkably different tone and aesthetic about them.

Proportionally, they’re smaller than the Cortina lamps, and they’re a bit more detailed, incorporating an entire other function – a reverse lamp – that the Cortina lacks. 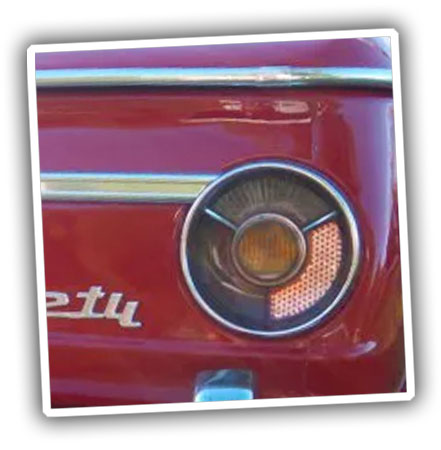 They appear to be divided into three sections like the Cortina lamp, but the approach is different, with the upper reverse lamp (an unusual location for a reverse lamp, which tends to get shoved down to the bottom of the taillight assembly) commanding the upper 120° of the circle, then a red section below covering a larger 240° arc. In between those two sections is a little round button that forms the amber (sometimes on US-spec cars, red, but only for very early ones) turn indicator.

It’s very satisfying, but in a much more analytical way than the Cortina light. This taillight feels like the result of some formula that dictated the optimal placement of the three colors and four sections, and then set all of that into a deep chrome collar. 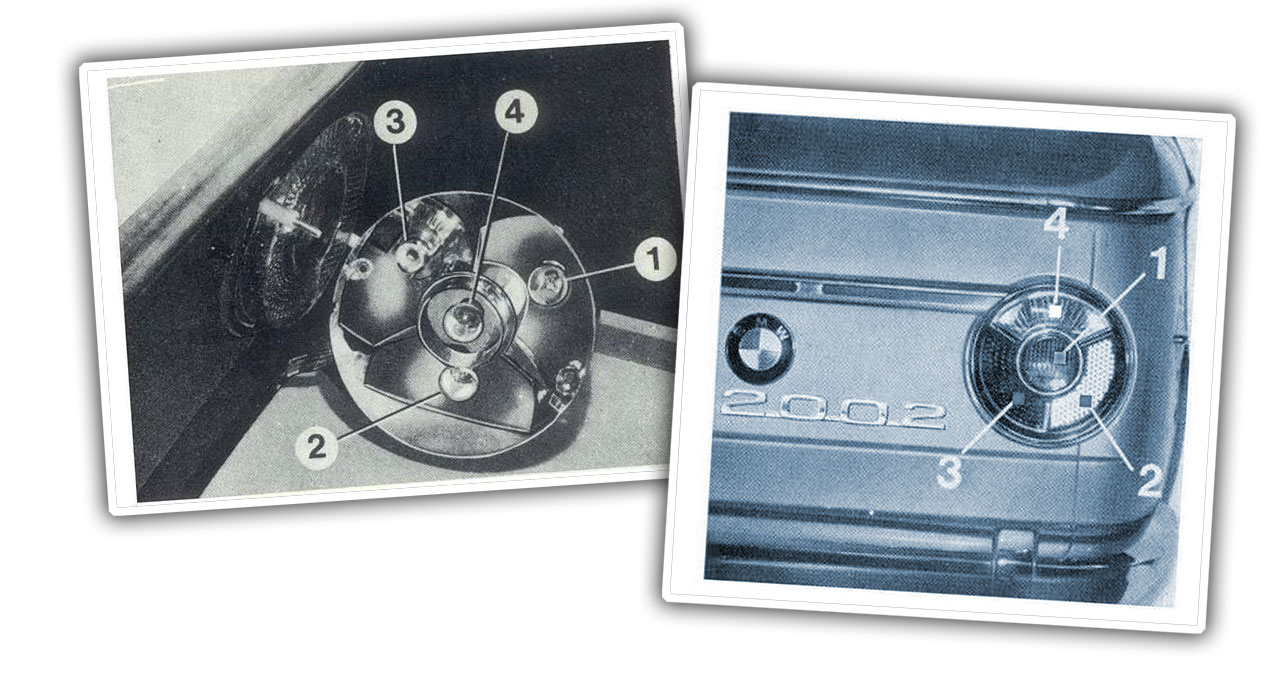 There’s four bulbs in that little taillight, making a fairly complex and densely-packed unit. It’s clever and precise and complex and fits the character of the BMW incredibly well.

I think these two round taillights make such a good pairing because they’re similar, yet from each end of the spectrum of round lamps: they’re left and right brain lights, art and science, style and substance, yin and yang, and together they’re a wonderful reminder of how much we can learn from the vast, rich world of taillights.

I'm a co-founder of the Autopian, the site you're on RIGHT NOW! I'm here to talk to you about taillights until you cry and beg me to stop, which I absolutely will not. Sorry. Hug? Also, David's friend.
Read All My Posts »
PrevPreviousThe Fiberglass Camper Trailers Of The 1970s Are Making A Big Comeback
NextCold Start: This Reads Like An Advertisement For An AndroidNext