Today’s Taillights: The Workhorses, The Ford And Chevy Truck Taillights Of The 1970s And 1980s

One of the strange things about how we perceive reality is the sort of counterintuitive fact that when you see something everywhere, you’ll often stop seeing it at all. This is definitely the case with extremely common taillights, and here in America, home of the Whopper, some of the most common taillights are those found on mass-market commercial vehicles, like trucks and vans. Today I want to focus on two of these incredibly common taillights, ones so common that I’m sure they’ve long since disappeared into the visual background miasma for many of you, but for those of us in the Taillight Community, even the mundane deserves a moment of appreciation. The taillights I want to focus on are on the tail ends of two sworn enemies, trucks that some would rather push than drive the other. I’m talking about Ford and Chevy truck taillights of the 1970s and 1980s.

By the way, as I was finding those links up there, I also happened to find out that these exist: 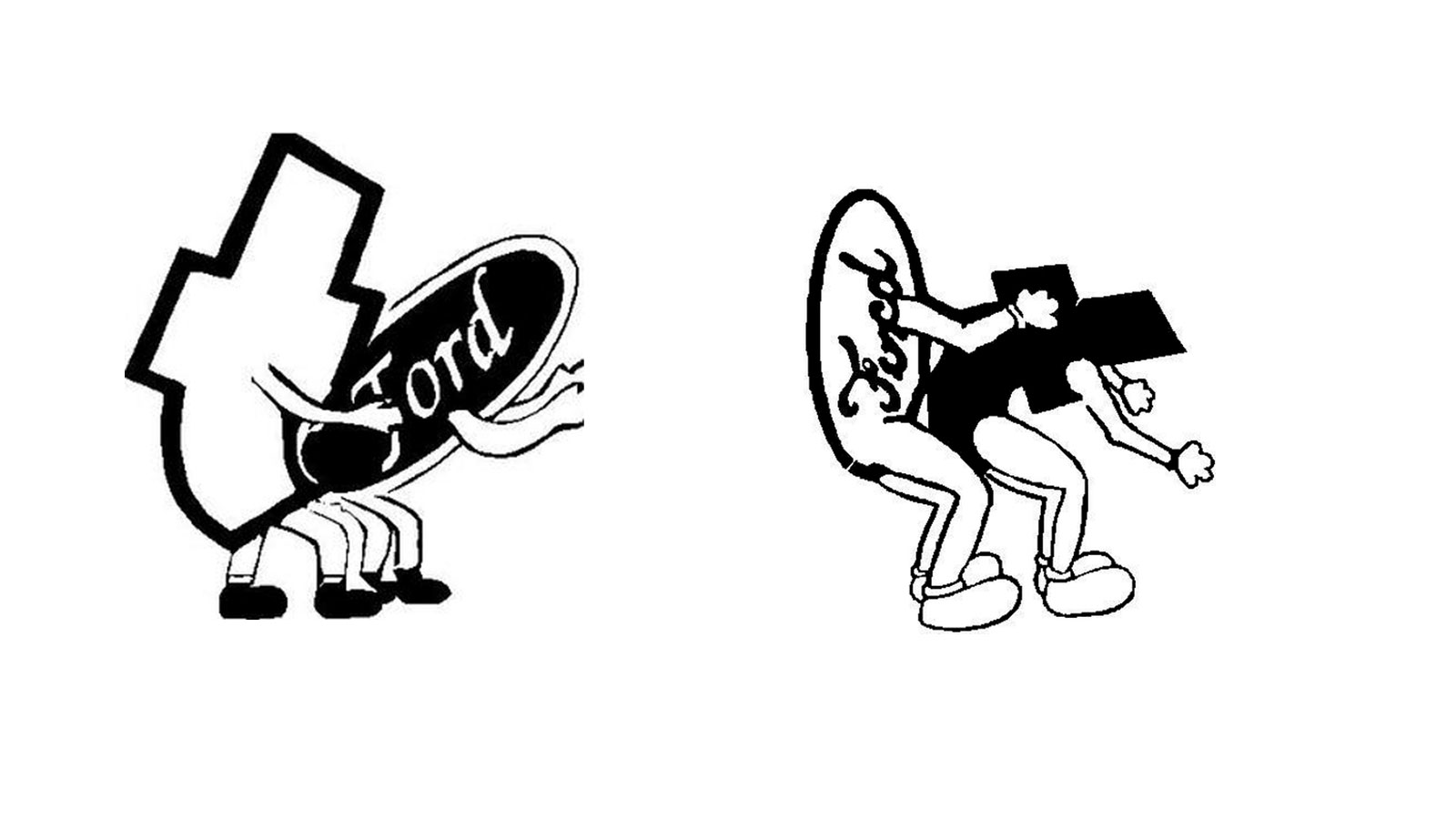 Why are we like this? Also, Couldn’t one interpret these as acts of love, or at least lust instead of aggression? Anyway, let’s get back to the wholesome world of taillights.

The specific taillights I want to focus on are the ones used on third-generation Chevy C/K trucks from 1973 to 1987, and sixth-generation Ford F-series trucks from 1973 to 1979. Ford also used these same taillights on 1975 to 1991 Econoline vans, so both Ford and Chevy lights were in production through the 1970s and 1980s. Also, both carmakers’ SUV offerings, Ford’s Bronco and Chevy’s Blazer, used the respective taillights from their truck brothers.

Both of these are very American taillights, even iconic in their way, and as such do not even consider the use of amber for the rear indicators, so no matter how much you may prefer that, I think it’s unfair to judge these lamps based on that lack. It’s simply not in their nature, culturally. 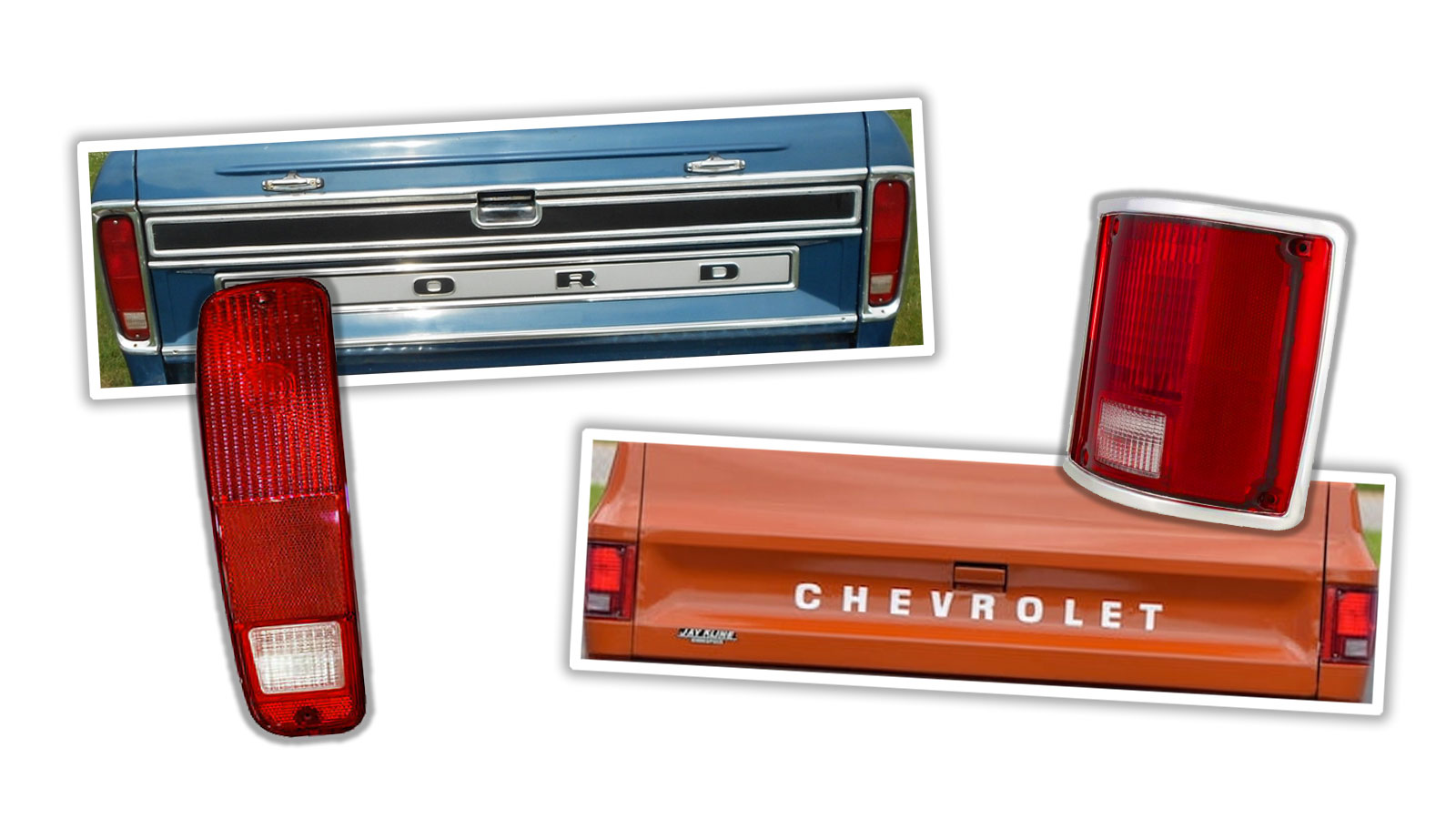 I should also point out that both Ford and Chevy somehow couldn’t figure out how to work their custom-designed taillights into a truck with fenders outside the bed, called Flareside for Ford and Stepside for Chevy, and both huge companies with massive design resources just said screw it and used basic, off-the-shelf taillight units mounted on crude brackets for these versions of their trucks: 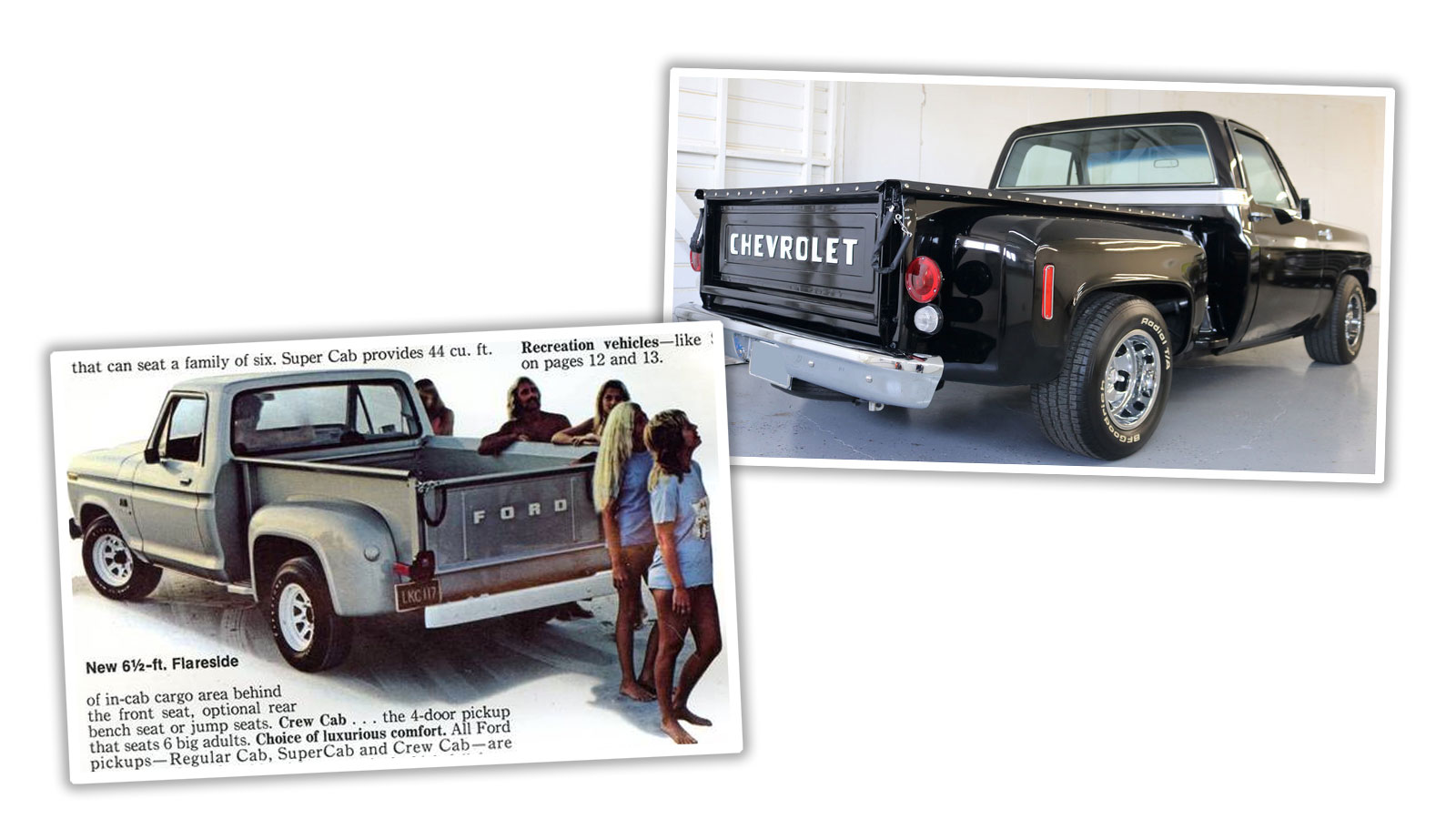 Seems pretty lazy to me, but, well, I guess nobody asked.

Taillights on trucks have some unique challenges for the taillight designer, mostly due to the limited real estate they can use, because the vast majority of the rear of a pickup is the tailgate, and because trucks are often driven with the tailgate down, you can’t use the tailgate itself for any crucial, required lighting.

This means horizontal lights are almost always excluded, unless you want to mount them below the tailgate. Some trucks certainly take this approach, but doing so makes the lamps almost invisible when the tailgate is down. 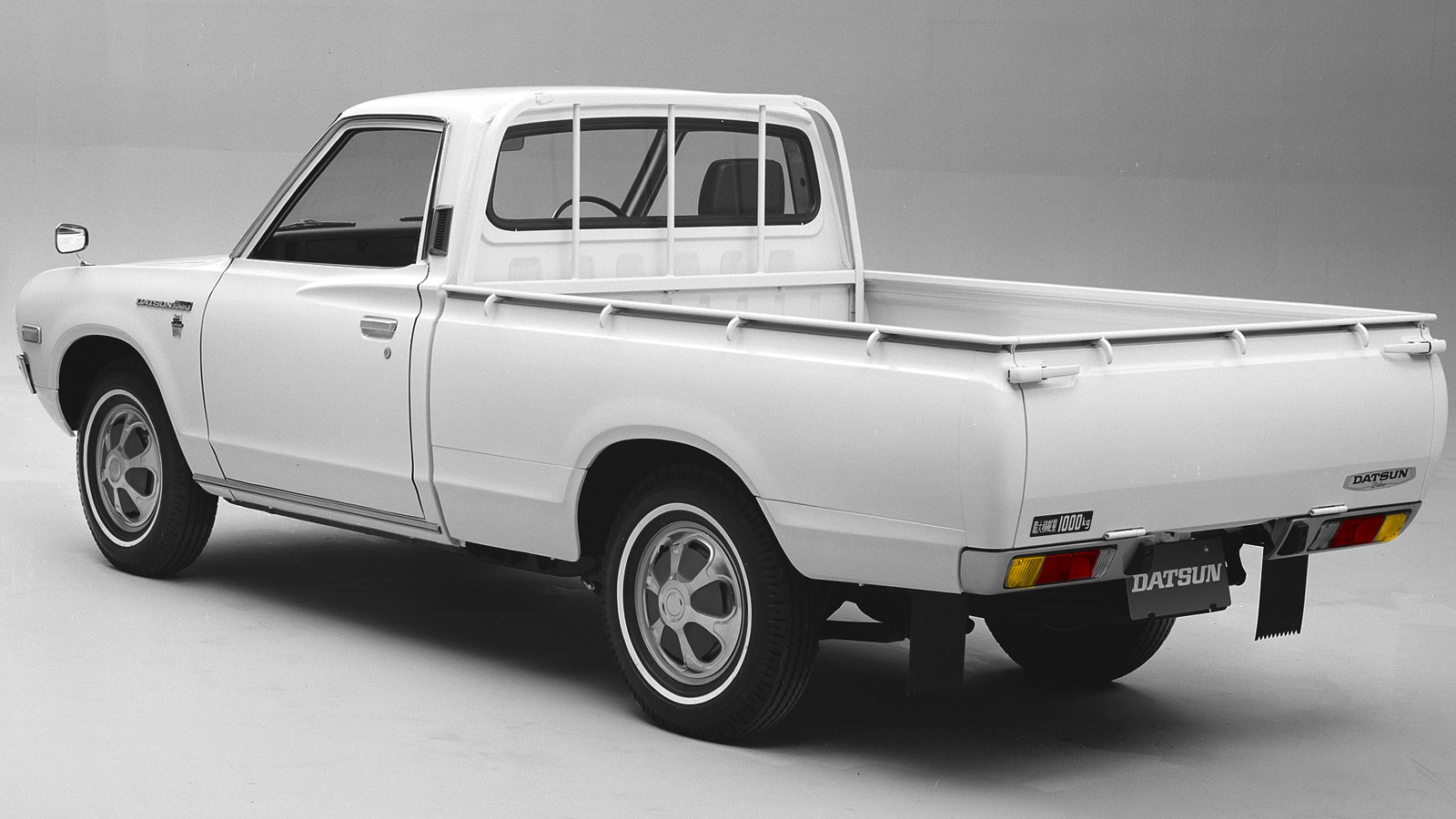 So, the other option is to use the more vertical areas on either side of the tailgate, which both Ford and GM chose. In Ford’s case, they opted to increase the taillight’s size by making it very vertical, an evolution of their earlier vertical lamps on the previous generation F-series trucks, only now they added a small reverse lamp near the bottom. The overall look of it always struck me as looking like a shoeprint: 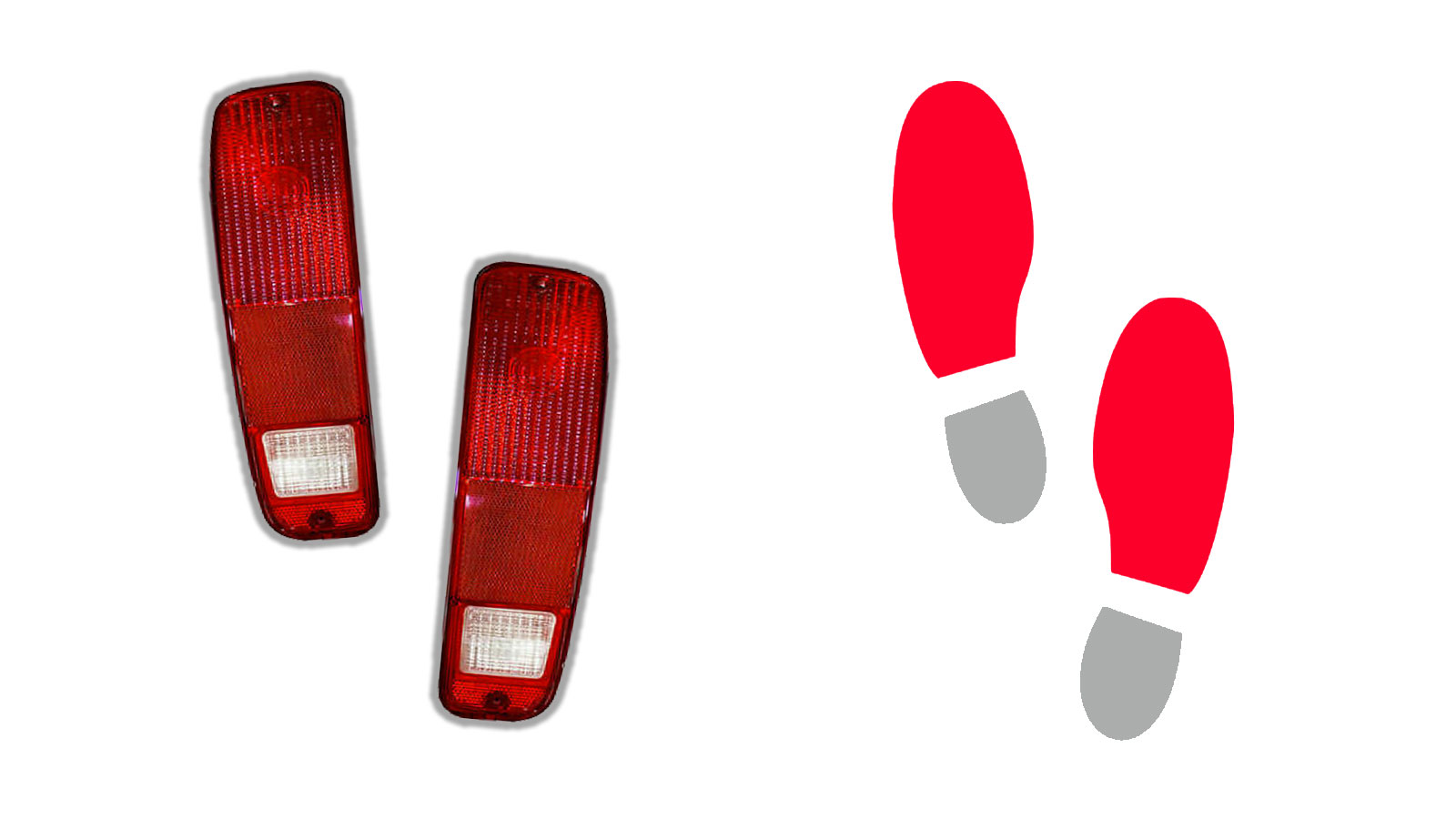 There’s just something very footprint/shoeprint-like about them, and I could never not see that. The reverse lamp is in the right position and of the right shape and proportion to read like a heel, they have a slight curvature like a foot – these are feet.

Foot-resemblance aside, these I think are an effective taillight design, making good use of the space, being visible despite their narrowness, and managed to work well on a variety of vehicles, from pickups to workhorse Econoline vans to being dressed up with a bit of chrome on Broncos:

These taillights have earned their iconic status, but I have to say that I always felt them to be a little awkward, aesthetically, a little cramped and backward-feeling. This is also why I feel like they make such a good counterpoint to their main rivals, the GM-designed third-gen C/K lights. 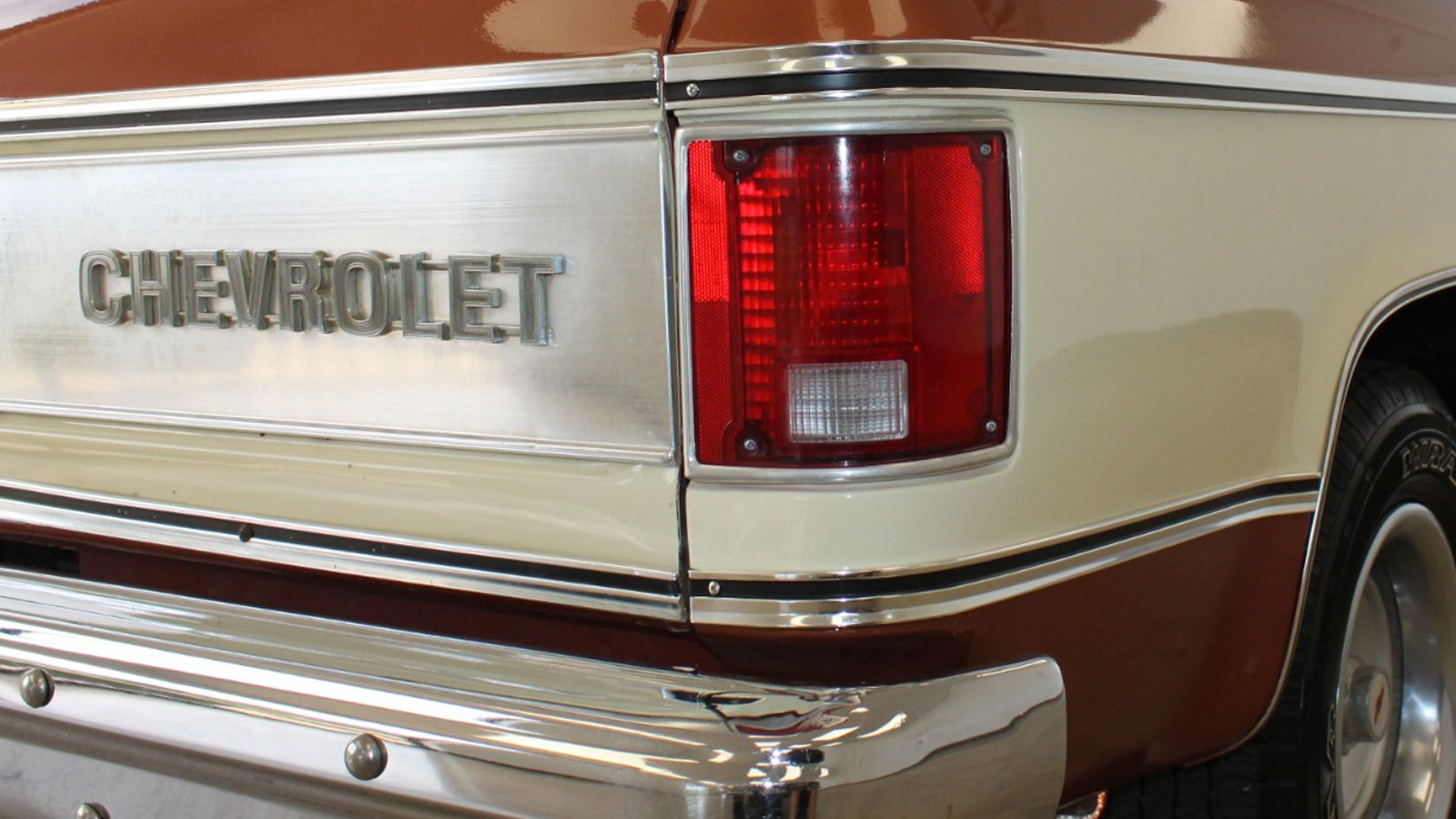 Chevy took a completely different and fresh approach to their truck taillights. Instead of accepting the constraints of the narrow vertical area on either side of the tailgate, GM’s lighting designers realized they could wrap the light around the corner and gain a lot more useful area to use, especially since in reality you’re almost never looking at anything directly from behind or the side or wherever; life is full of oblique angles, so why not let a taillight take advantage of that?

The result is something clean and modern and clever: the proportions are almost square, but a square partially wrapped around a cylinder. This also allows the side marker lamp to be integrated right into the main taillight, something that undoubtedly saved costs. The small, inset, square reverse lamp is perched right there on the corner, where it can cast its useful light a bit around the sides as well as directly behind, another little benefit.

Aesthetically, I just really always liked the look of these. The proportions are satisfying somehow, hitting something visually deep that’s hard to express. 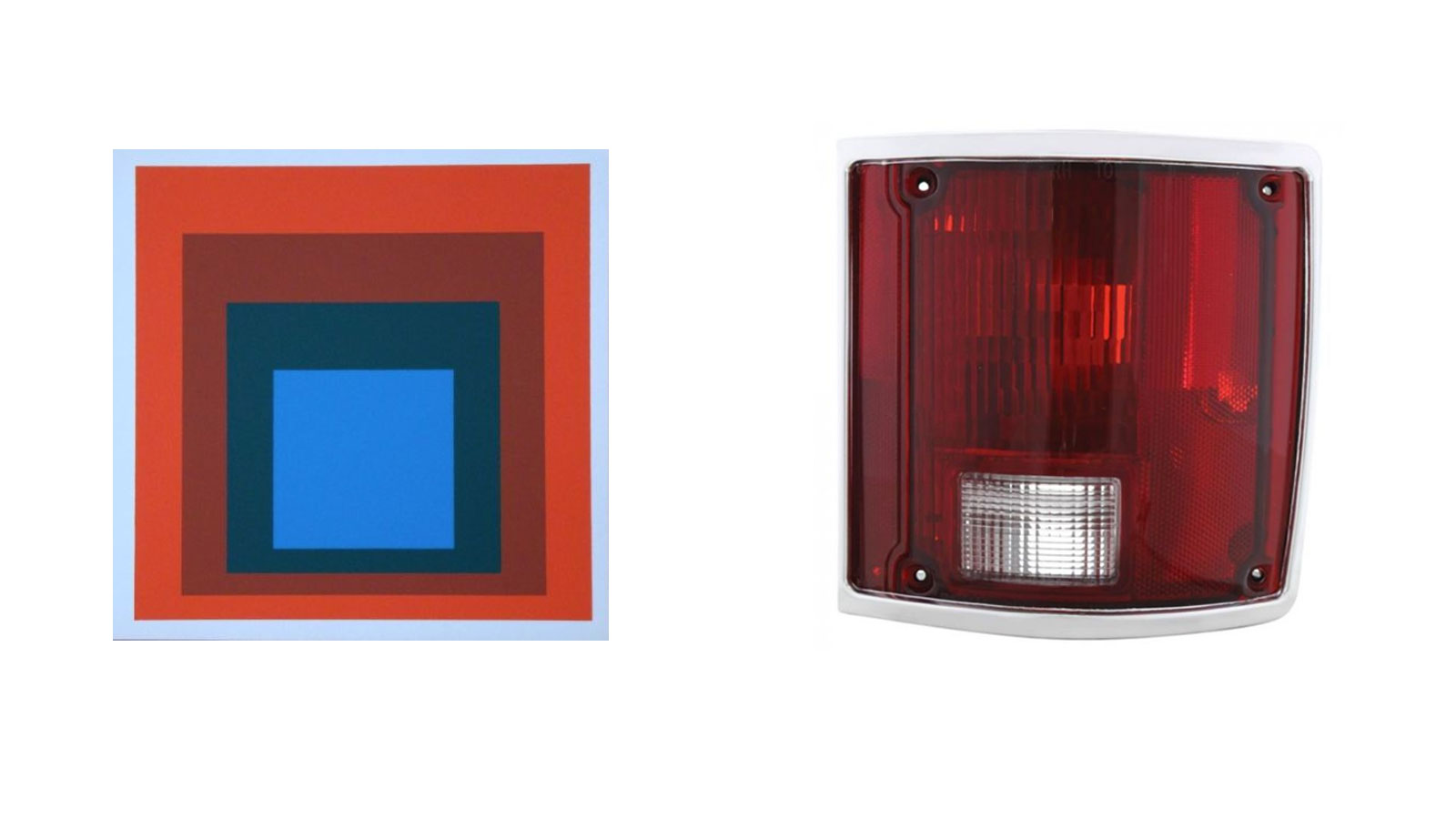 Maybe it’s because it reminds me a bit of Josef Alber’s midcentury minimalist series Homage to the Square? Is it possible some members of GM’s lighting design team were thinking about these paintings when designing the lighting for GM’s trucks? It’s possible! Just let me have this.

Of course, this elegant GM taillight solution was never carried over to their vans, a decision I’ve never really understood, though I do admire the way they updated the simple, also square (though here a flat square) design for their later 1980s and 1990s vans: 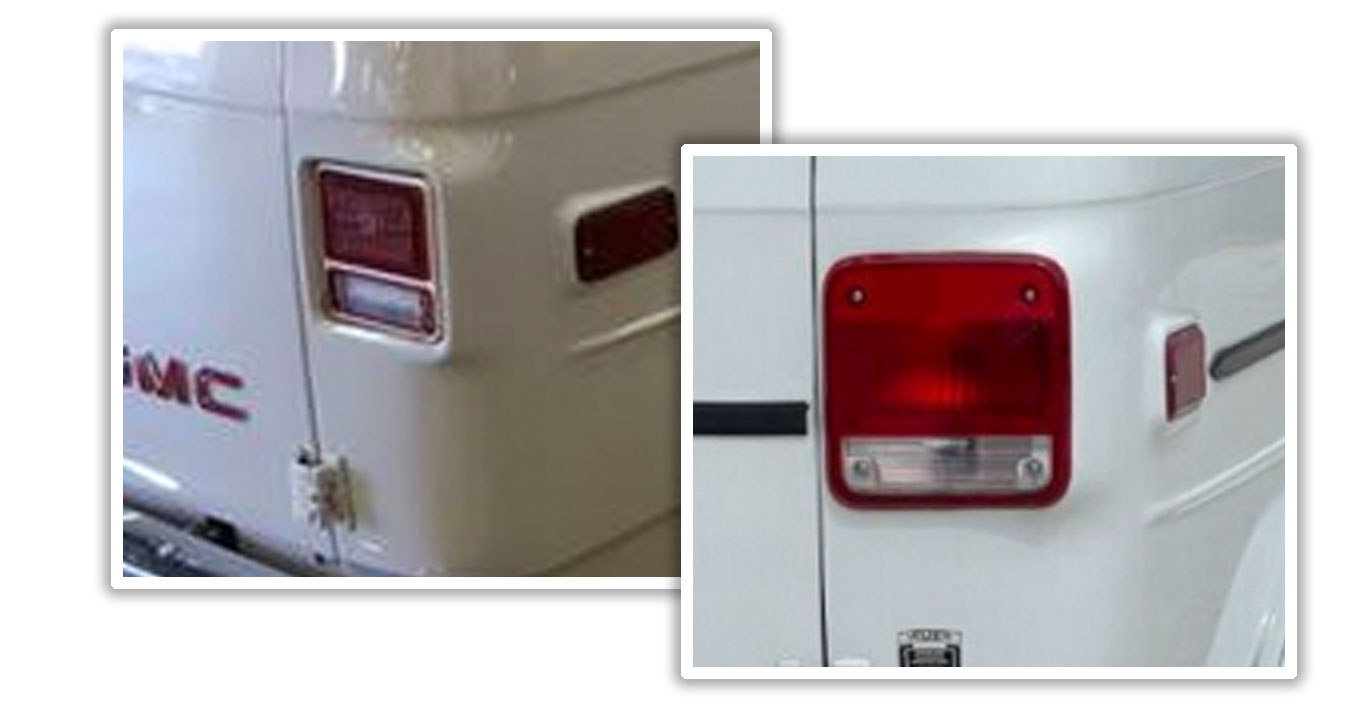 I have to say that of the two iconic workhorse taillights, despite the seemingly greater flexibility of the Ford footprint lights, I think this is one of those cases where I’d rather push that Chevy than drive the Ford. The GM C/K taillights are really an unsung icon of modern design, clean and sleek and elegant, doing their job effectively and with an unexpected grace.

I bet you’ll see both of these lights, without trying, within a week or so. When that happens, I hope you’ll take a moment to pause and consider them, not as utility devices that blend into the background of being, but as little simple sculptures of informative light and shape.

I'm a co-founder of the Autopian, the site you're on RIGHT NOW! I'm here to talk to you about taillights until you cry and beg me to stop, which I absolutely will not. Sorry. Hug? Also, David's friend.
Read All My Posts »
PrevPreviousHere Are The Facelifted 2013 Model Year Suzuki Cars That Americans Never Got To See
NextCold Start: Donkey Kong, Behind The ScenesNext