When Ford first announced the updated 2023 Super Duty, it didn’t release many numbers. Horsepower, torque, towing, and payload were all still under wraps, a detriment to those looking to plan out their next work truck. A little over a month later, while not all figures have been released, Ford’s peeling back the curtain to give a better look at the new Super Duty’s figures. 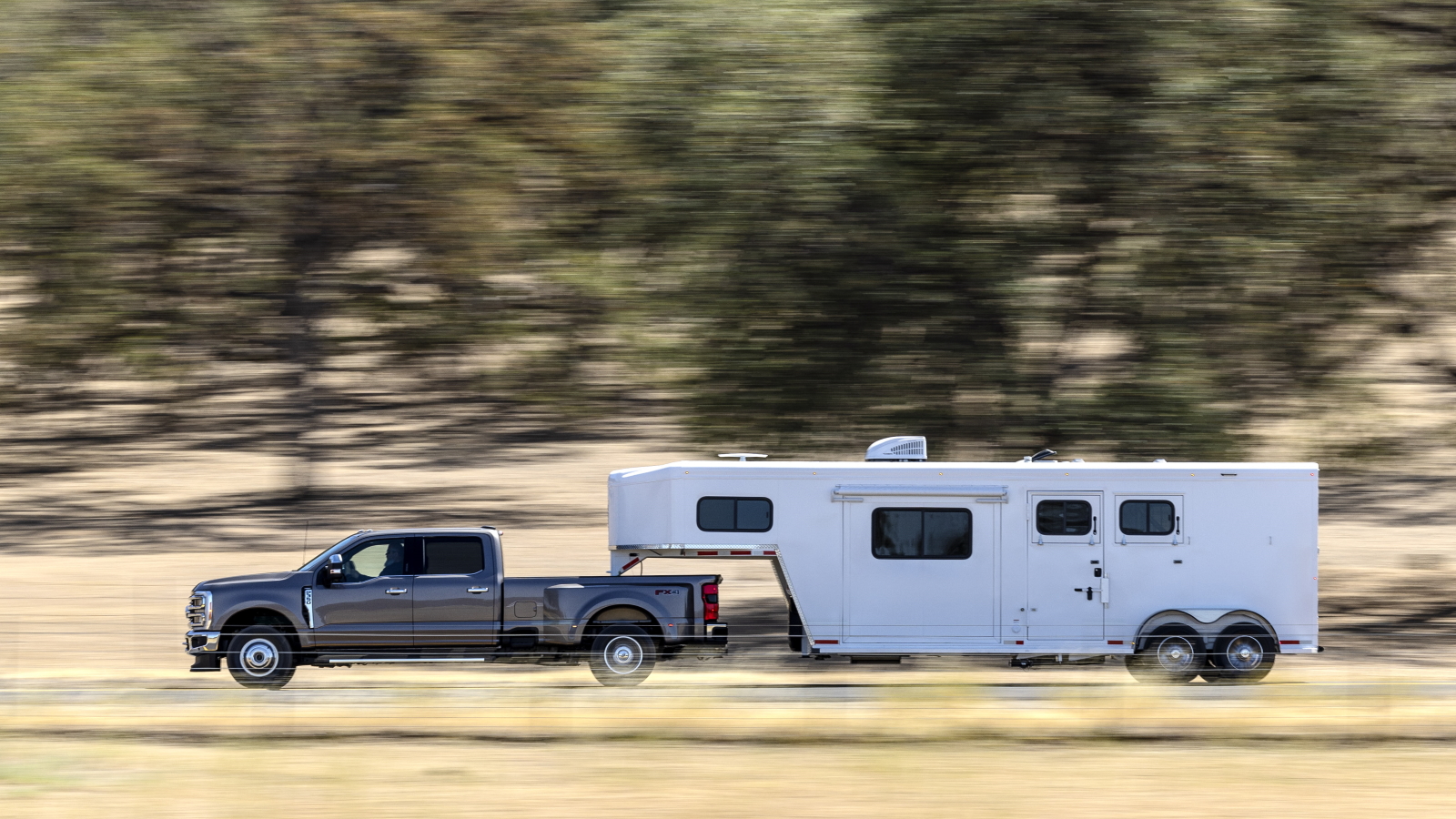 The biggest number in the latest press release on the Super Duty is maximum towing capacity of 40,000 pounds. However, there are a few caveats to that number. For starters, it’s for the F-450. If you want to compare one-ton dually apples-to-apples, the F-350 has a maximum gooseneck capacity of 38,000 pounds, handily pipping the Silverado 3500 HD’s maximum of 36,000 pounds and the Ram 3500’s 37,090 pounds. It’s not an enormous lead, but it’s still class-leading for now. Then again, just because a truck can tow 38,000 pounds doesn’t mean every driver can. As soon as a truck and trailer’s gross combined weight rating hits 26,001 pounds, the DOT wants its driver to have a CDL.

Even more impressive than class-leading gooseneck towing is that a properly-equipped F-350 dually can pull 28,000 pounds with a conventional bumper-mounted hitch. The 2024 Silverado 3500 HD maxes out at 20,000 pounds, while the Ram 3500 maxes out at 22,740 pounds, so this is a seriously hefty figure to achieve on Ford’s part. 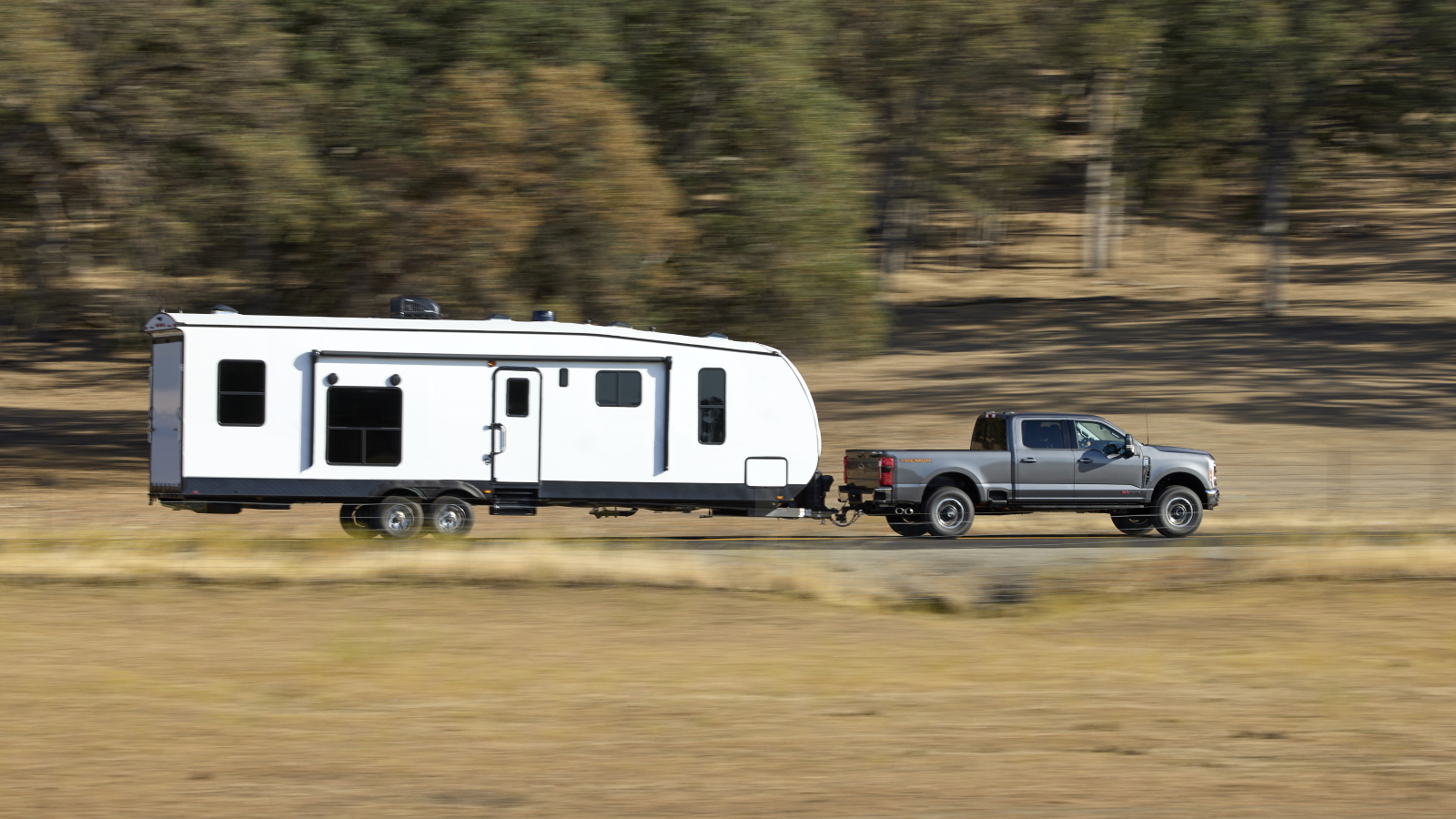 However, Ford hasn’t released towing figures for what will likely be an extremely popular configuration, the crew cab F-250 with a gasoline engine. Considering towing in this configuration wasn’t touted in the press release, I wouldn’t be surprised if it falls slightly behind a similar 2024 Silverado HD’s crew cab gasoline-powered towing capacity of 21,700 pounds with the NHT package. Despite this, properly-equipped diesel F-250 models will be able to pull 23,000 pounds, a rather capable figure.

Regarding payload, spec your F-350 with dual rear wheels, a regular cab, XL trim, two-wheel-drive, and the Heavy-Duty Payload Package, and you’ll be able to put 8,000 pounds in the back. This truck could technically haul at least one other truck, which means that the prophecy of the Ferd Fteenthousand is slowly being realized. 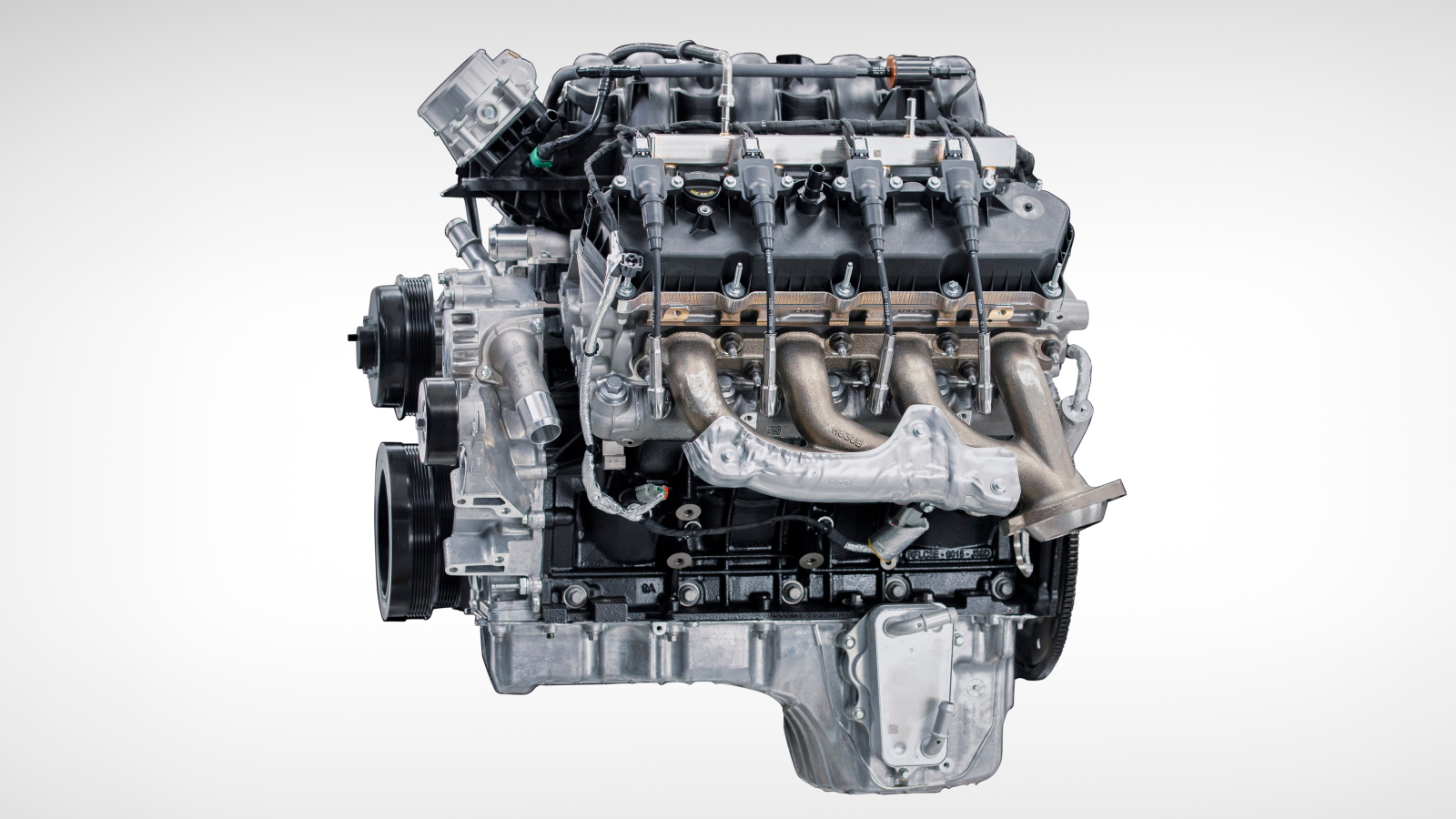 As for engines, the base 6.8-liter gas-powered V8 makes a stout 405 horsepower and 445 lb.-ft. of torque, four more horsepower but 19 lb.-ft. less torque than the Silverado’s 6.6-liter gasoline-powered V8, and five fewer horsepower but 16 lb.-ft. more torque than the Ram’s 6.4-liter V8. Moving up to the 7.3-liter gasoline-powered V8, its 430 horsepower and 485 lb.-ft. of torque are best-in-class gas engine output figures for now. Since the upcharge over the 6.8-liter V8 is a relatively minimal $1,705, it’s likely worth popping for the 7.3 unless you’re looking to save money. 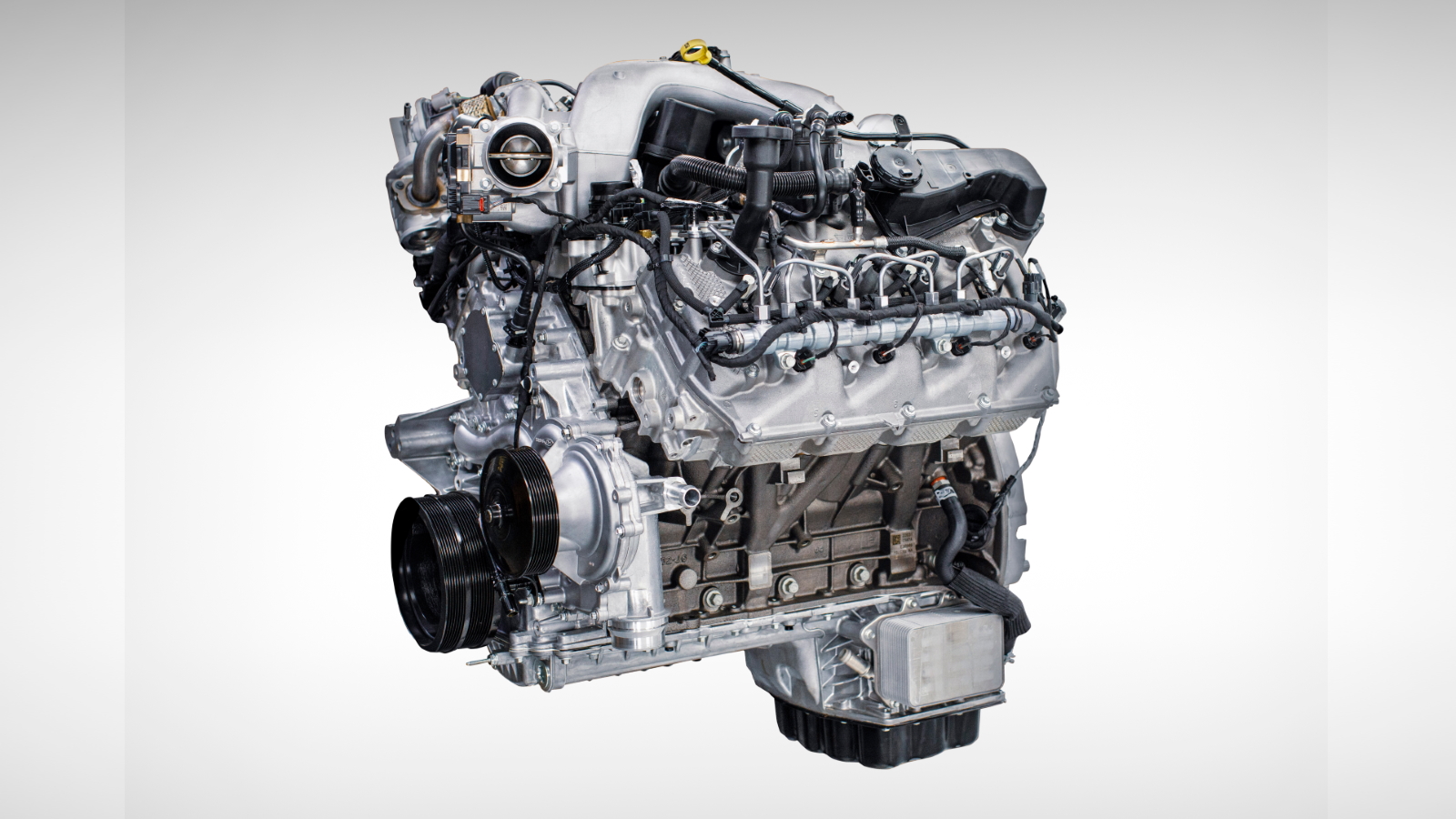 On the diesel side of the equation, things get particularly spicy. While the regular 6.7-liter Power Stroke V8 puts out a very strong 475 horsepower and 1,050 lb.-ft. of torque, the High Output version packs 500 horsepower and a massive 1,200 lb-ft of torque, good enough to be best-in-class. It was inevitable that someone would dethrone Ram’s high-output Cummins diesel engine and its peak torque figure of 1,075 lb-ft, and Ford’s built a healthy margin.

For the most part, the 2023 Ford Super Duty puts up the numbers to back up its fresh appearance and tech. With plenty of power, payload, and pulling capacity, it should continue to be enjoyed by the same core set of buyers that loved the old Super Duty. Pricing starts at $45,765 including a hefty but understandable freight charge of $1,795, with deliveries starting in early 2023, so it won’t be long before these trucks start popping up at job sites and boat ramps all over the country.

Thomas is a Nu Rave-blaring, heel-toe downshifting, maple syrup-swilling, chassis-geeking, junkyard parts-hauling, floppy-haired scenester who's been writing about cars since college. His current ride is a 2006 BMW 325i with the six-speed manual gearbox. Instagram: @thomas.hundal Twitter: @thomashundal
Read All My Posts »
PrevPreviousAn EV Battery Engineer From A Major Carmaker Explains Why Flooded EVs Catch On Fire
NextA Daydreaming Designer Imagines If Airstream Made An Actual Car In The SeventiesNext