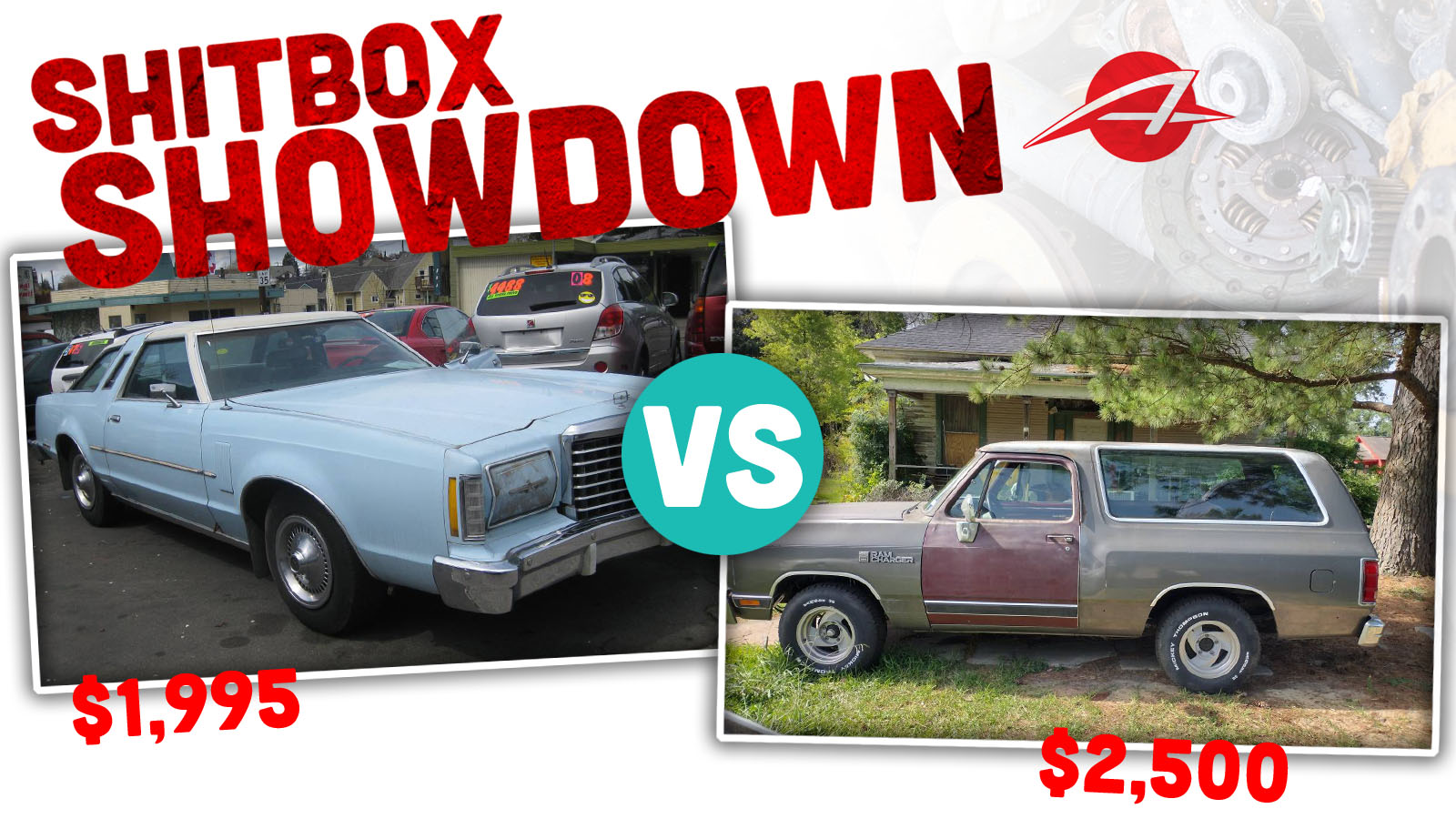 On today’s edition of Shitbox Showdown, it’s another Two-Door Tuesday as we consider a couple of V8 monsters from days gone by: a great big bird, and a 2WD SUV that’s neither fish nor fowl. But before we get to those, let’s see which piece of my childhood was more appealing to you:

Poor old Dasher diesels get no love at all. Really, it was an awesome car, just leisurely. But you chose the Audi, and as a reward, allow me to present to you a photo I came across a while back, of another red Audi, long ago. This is your humble author, in May of 1990, on the way to prom: 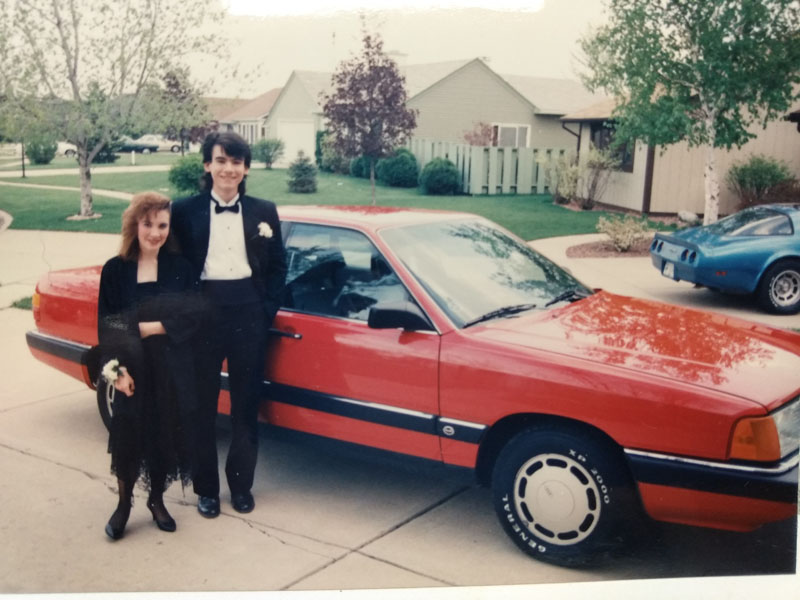 Oof. That hair. What were we thinking? But notice the sweet General XP2000 white-letters, my dad’s tire of choice at the time. This is just a few minutes before I was showing off at a stoplight, accelerated hard, forgot I was driving the only automatic in the household, and stomped on the “clutch” (read: brake) to shift. She wasn’t impressed. At least there was no one behind us.

Ahem. Anyway, moving on: Today we’re looking at a couple of substantially less fuel-efficient ways of getting around. One is that epitome of ’70s bloat known as the personal luxury coupe, and the other is that cool but kinda useless truck you don’t see anymore: the 2WD 2 door SUV. Let’s dig in. 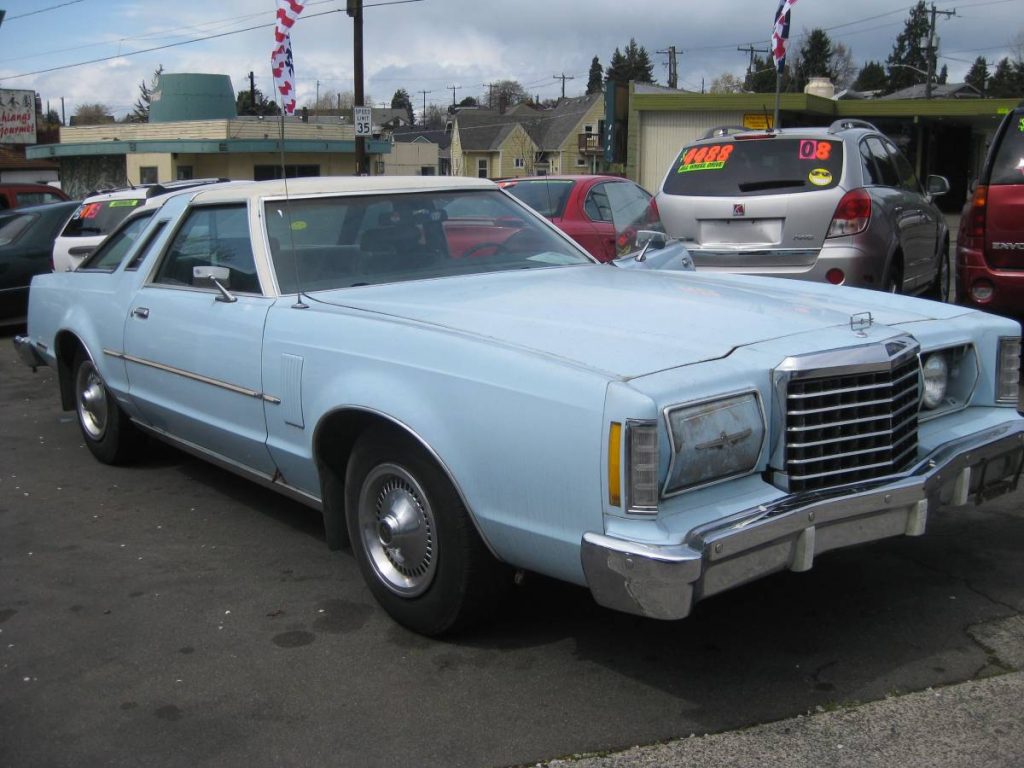 I was surprised to discover, when I researched this car, that Ford sold nearly a million of this generation of Thunderbird between 1977 and 1979. I remember them being pretty common, but that popular? I had no idea. This baby blue number was one of more than 350,000 sold in 1978 alone. Which means that while Andy Gibb was busy “Shadow Dancing” and Richard Dreyfus was sculpting mountains out of mashed potatoes, a whole lot of folks were choosing to buy this car, brand new. The mind reels. 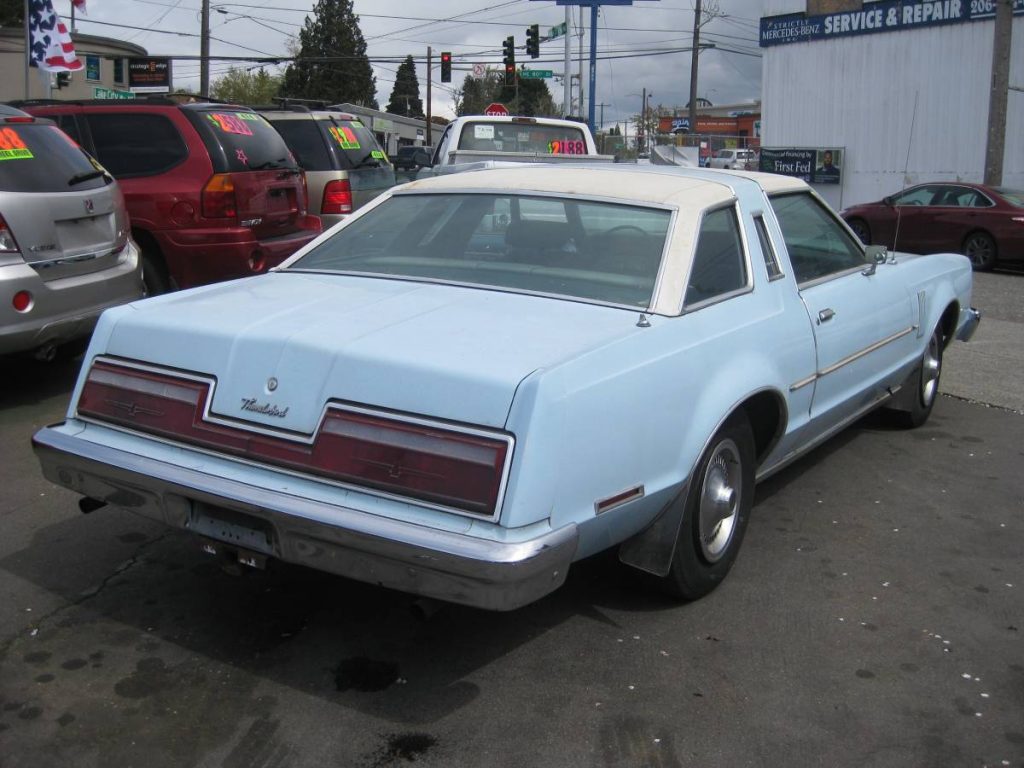 Though really, compared to some other cars of the era, it’s not a terrible-looking car. It’s just so big. Introduced in the lull between two fuel crises, it was technically downsized from the previous generation. Still a monster, though. There’s no indication of which engine this particular Thunderbird has, but it would have been a 302, 351, or 400 cubic incher, all backed by a nice mushy 3 speed automatic. None would have moved this big heavy car with any respectable degree of alacrity. 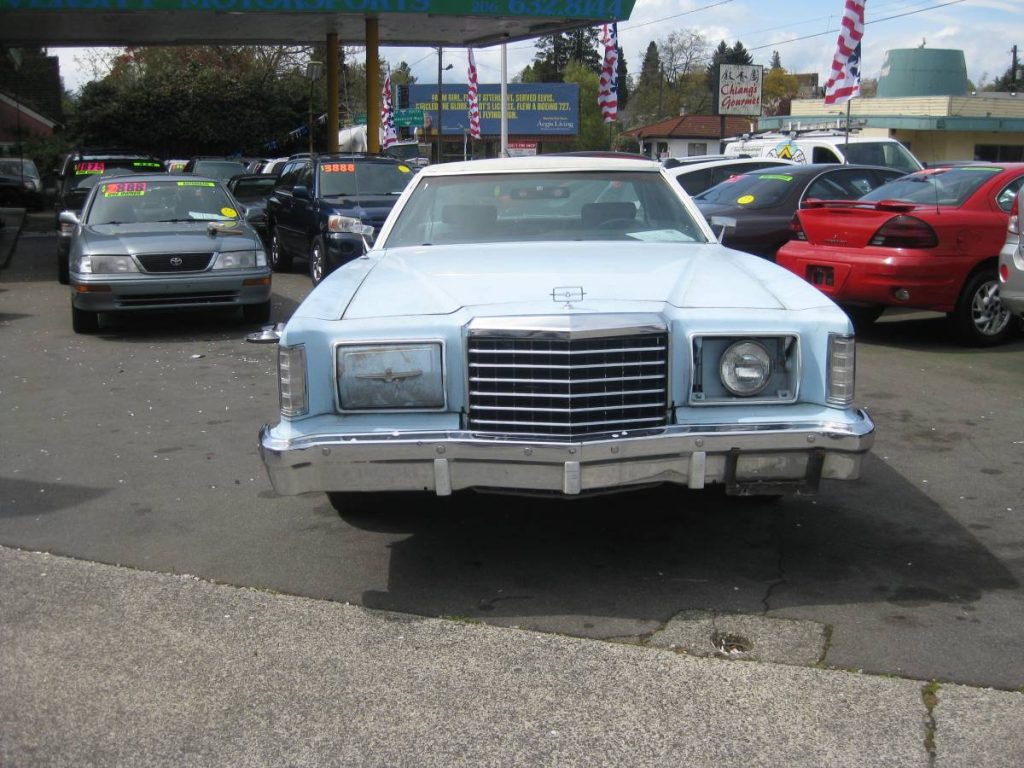 This Thunderbird looks all original, a “survivor” as they say. What they used to call a “cream puff.” Owned by a little old lady, only driven to church on Sundays, all that jazz. And maybe that’s all true. But they could have at least washed it. And pulled that one eyelid shut for the photos. 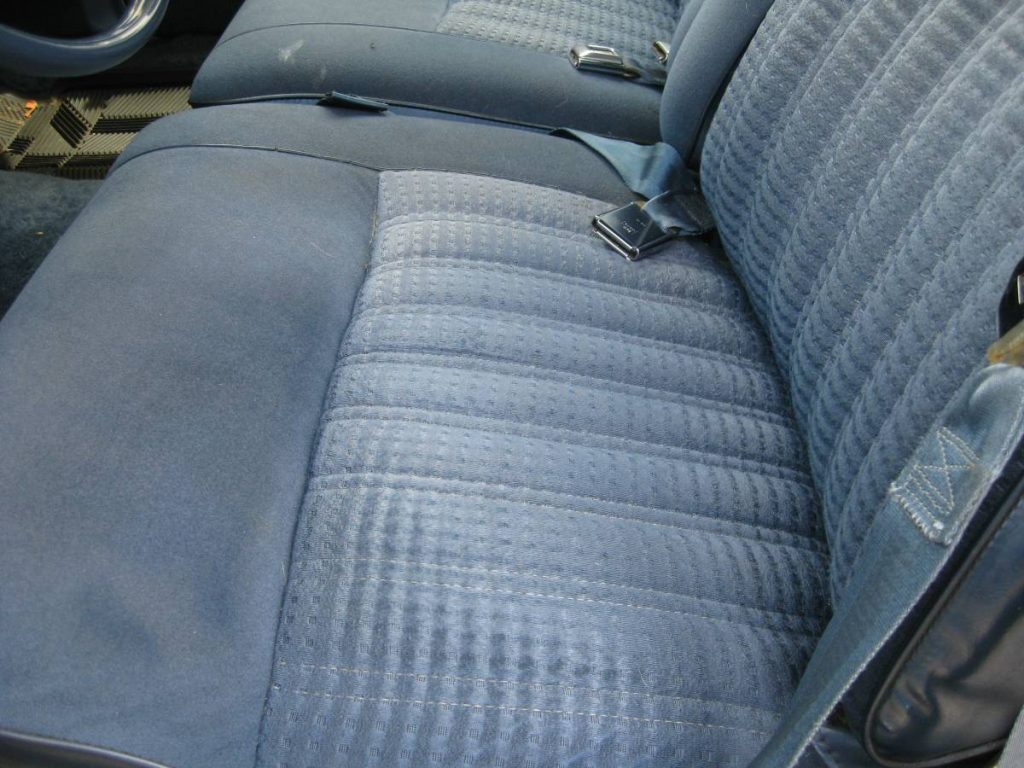 For some odd reason, all we get for interior photos are close-ups of the upholstery. Nice to see it’s in good shape, but can we see the rest of it, please? 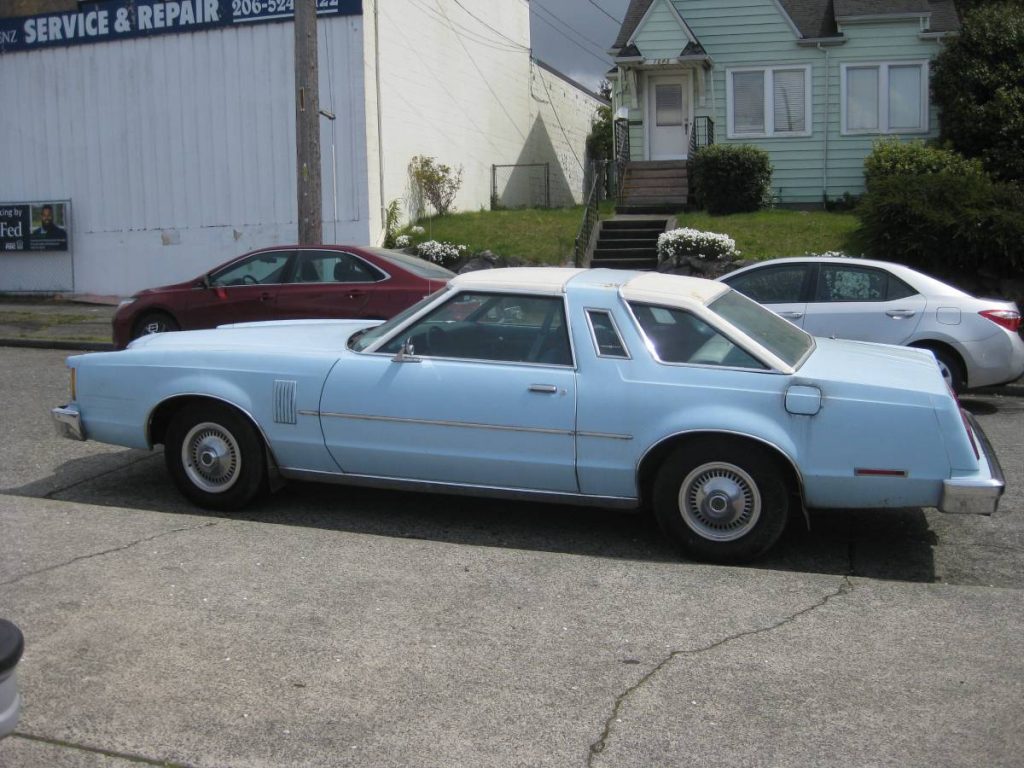 But if these photos are at all accurate, this is the second-nicest Thunderbird of this style that I know of. The nicest is owned by my friend Scott back in Illinois; it was his first car in 1989 and he still has it. 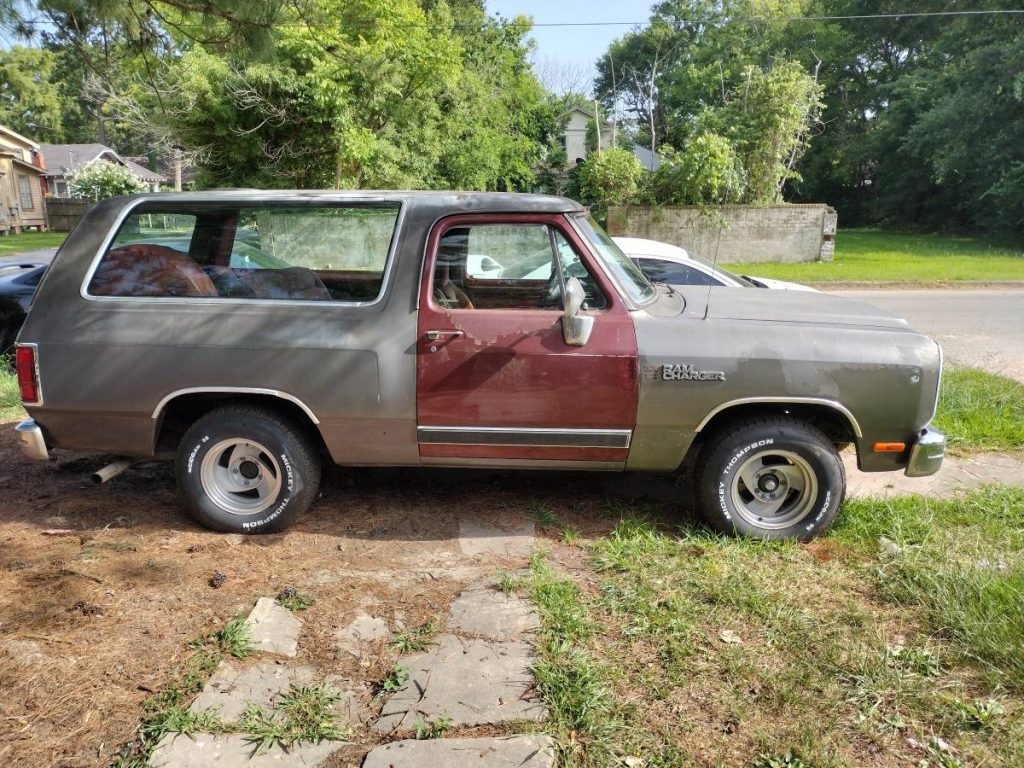 Runs/drives? Yep, according to the ad

The Dodge Rambcharger was Chrysler’s answer to the Ford Bronco and Chevy Blazer, a shortened truck chassis with a 2-door SUV body based on the pickup truck’s sheetmetal. Like the Bronco and the Blazer, early Ramchargers had a removable roof, but this second-generation model has a fixed steel roof. It’s powered by a throttle-body fuel injected 318 V8, backed by a heavy-duty A-727 Torqueflite automatic. 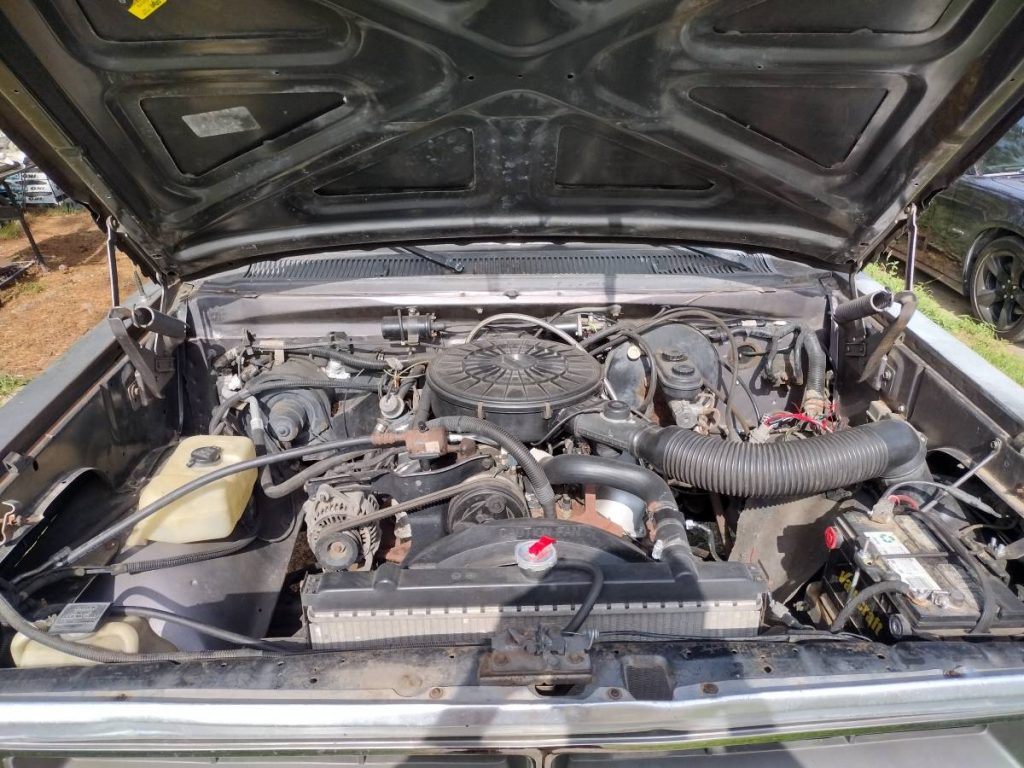 Disappointingly, this rock-solid powertrain drives only the rear wheels in this particular Ramcharger. Two-wheel-drive versions of SUVs are sort of an odd breed, and they’re far more common in less-snowy parts of the country. Nobody would buy a 2WD Ramcharger in Minneapolis, for example. Without four-wheel-drive, trucks like this are basically just less-practical, cooler-looking station wagons. 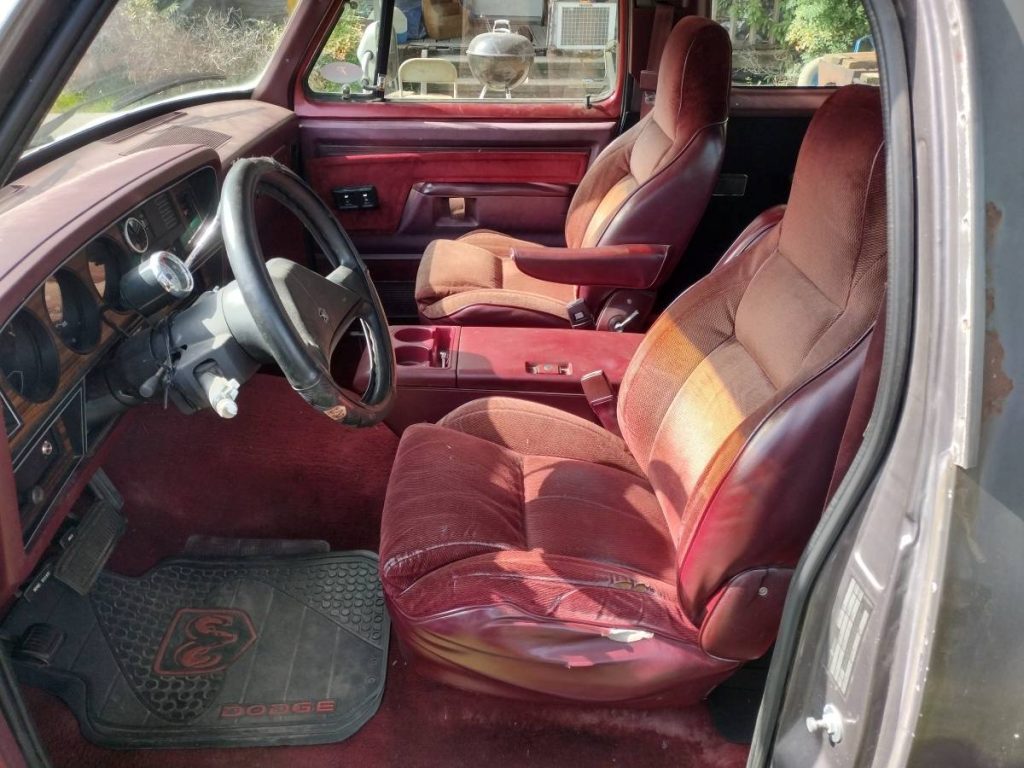 This Ramcharger is in good shape mechanically, for the most part, but cosmetically it needs some help. It has some rust, and the replacement doors that have been installed need shimming to open and close properly. The seller has also done quite a few workarounds and kludges to keep it on the road, including a push-button start and some aftermarket gauges.

It does have some sweet three-spoke wheels as well: 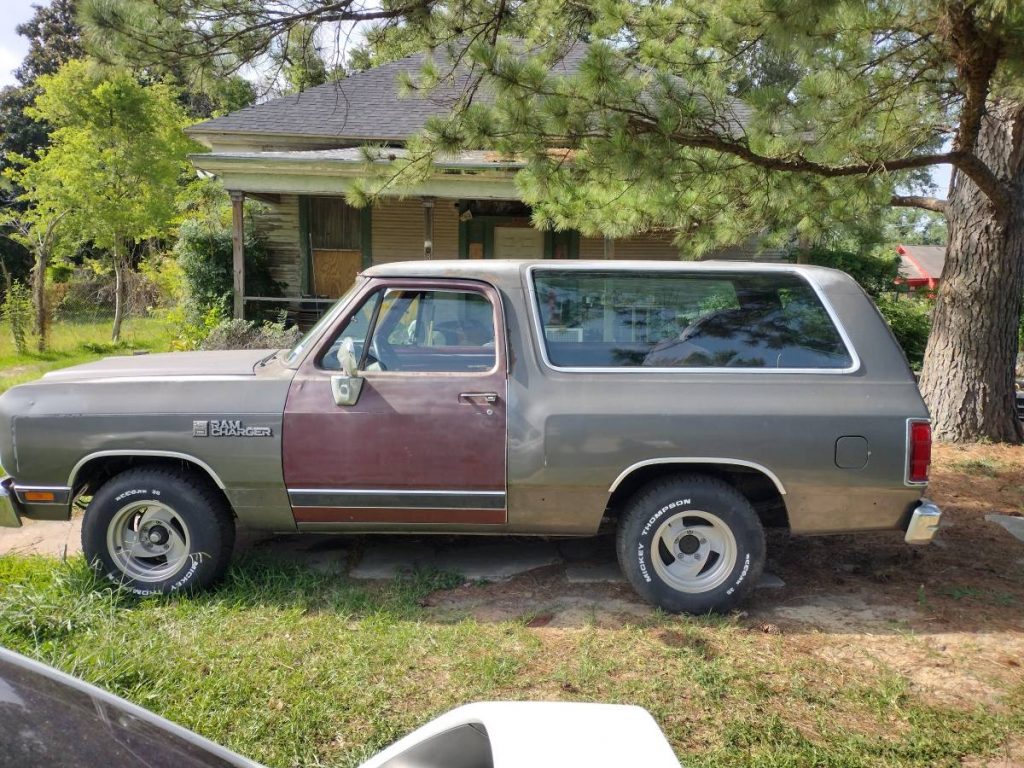 If you really want one, you’re not going to have a lot of other options. Ramchargers were never as common as Blazers or Broncos, and they’re getting really thin on the ground now. The rust might be a problem, but you also might be content to drive it as-is.

Neither of these cars is the sort of thing you’re going to buy on a whim. You have to want one of them to put up with the shortcomings: the size, the mileage, the inevitable repairs. But either one would be a conversation starter at any car gathering. So which conversation would you  rather start?