Useless Car Trivia Question: Why Did This Car Have Three License Plates?

I bet everyone reading this is looking for just the absolute right thing to say to someone special in their lives, a partner or crush or colleague you wish to impress, perhaps a prison guard you want special favors from or an orderly you want better pills from. The good news is that I have exactly what you need, right here: a choice morsel of top-grade automotive trivia, all but guaranteed to put you in the good – no, best – graces of anyone you tell it to. It’s this: why did the Citroën ID/DS Break need three license plates?

Well, three in Europe, and 31 out of the 50 States of America. Definitely two rear license plates no matter where you were. What’s going on here? Why would this car need an extra license plate at the rear? There’s a hint of the answer in this picture: 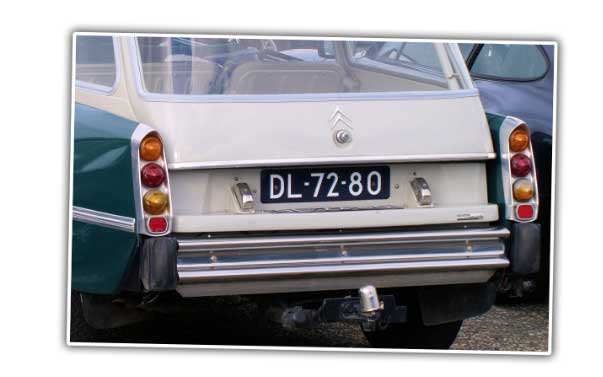 To understand why, we must understand the car, at least a little bit. The Citroën DS or ID (basically two trim levels of the same car, the DS being the higher-spec one) was available as a wagon, which the French like to refer to as a “break,” which comes from the French term break de chasse, which means “hunting break,” where “break” refers to a kind of horse carriage used to break horses, and, I guess, also carry people with guns who want to shoot animals in the woods. 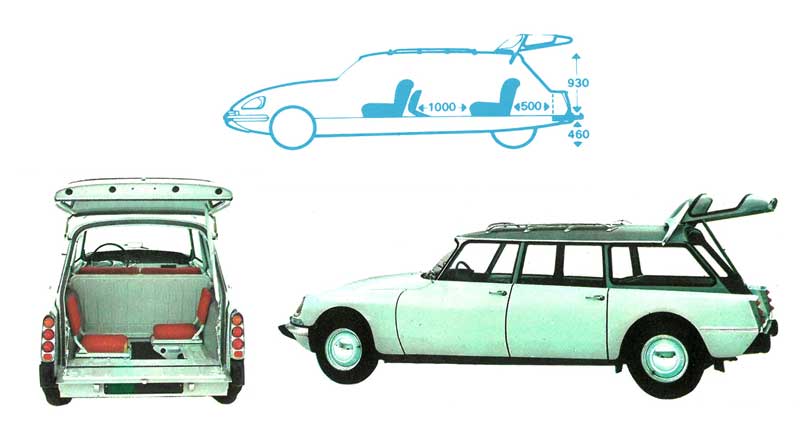 Of course, if you have a tailgate, you may want to drive with that tailgate down so you can haul really long things, like a six-foot party sub, and since you have no interest in violating your chosen nation’s road laws, you want your license plate visible. Hence: 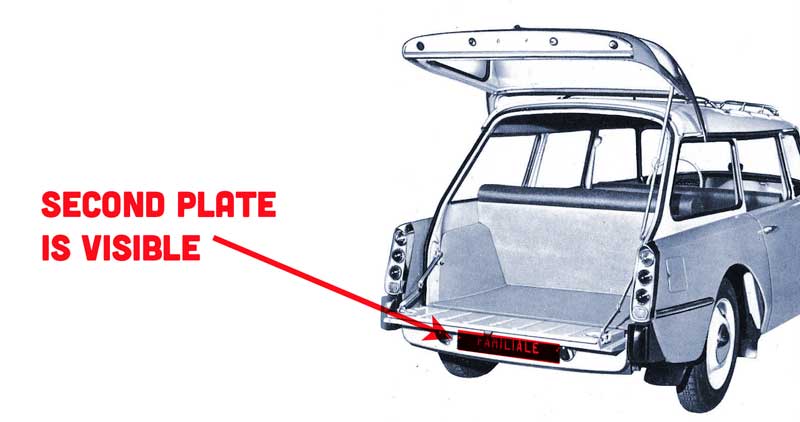 See? The second license plate remains readable even with the tailgate down! And, if you look at how the license plate lamps are positioned, you can see they’re set at a 45° angle so both plates receive bountiful illumination: 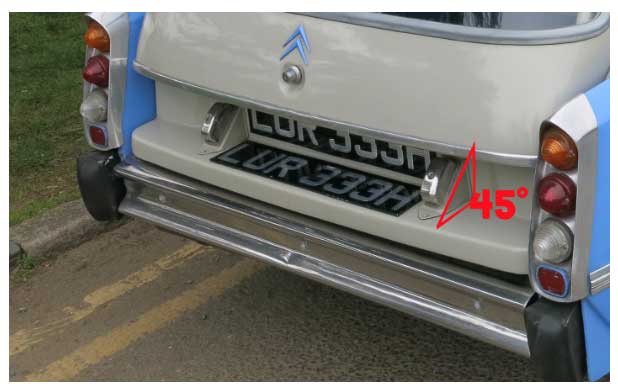 What I find fascinating about this solution is that it seems like such an extra burden to put on the car’s owner when a simple hinged setup would work. In fact, later DS and ID Breaks did just that–you only needed one plate, like every other freaking car in the world, and the license plate (and light assembly) just hinged to the right angle, like how Minis and Volvos and Subaru Brats and other cars handled this same problem:

See? Just a hinge is all that’s needed. I can’t help but wonder what kind of hoops you’d have to jump through to get an additional license plate in Europe; maybe it was easier back in 1960s Europe or America, but I know if I had to get a second rear plate for a car I drove now here in my state of North Carolina in this year of our lord 2022, it would require a hell of a lot of phone calls and explanations and likely multiple long, tedious trips to the DMV and probably some specialized office in the middle of nowhere. And I’m still not sure you could legally do it.

I’d also like to point out that Citroën also seems to have tried just splitting the difference and mounting one plate at a 45° angle:

That works, too, I suppose.

So, I gotta hand it to Citroën’s franc-pinchers for coming up with a way to add a clever feature to a car and yet managing to make the buyer pay for it and do most of the work needed to make it a reality. That’s impressive.

I'm a co-founder of the Autopian, the site you're on RIGHT NOW! I'm here to talk to you about taillights until you cry and beg me to stop, which I absolutely will not. Sorry. Hug? Also, David's friend.
Read All My Posts »
PrevPreviousThat Time Ford And Maytag Teamed Up To Cram A Kitchen And Laundry Room Into A Windstar
NextCold Start: Hope You Like TetrisNext