Sometimes I think I take for granted that genuine madness is still possible in this world. And I don’t mean the bad, somber sort of madness. I mean the more lighthearted kind — something that’s a mix of improbability and unexpectedness, a kind of unhinged, loose-feeling freedom that comes from the realization that if you want to, you can do things that feel like they skirt the edges of reality. Things like driving a real, genuine, massive, full-sized battle tank over a car. You can do that! I know this, because I did it. I also accidentally drove over a tree, but you probably don’t want to do that.

Actually, if we’re really keeping track, I did this about six years ago, before I had to get glasses to read with and when my beard was a little more rich, pigment-wise. But if you have a pulse, you don’t say no to driving a tank just because you’ve done it before; like all really satisfying things, you seize that opportunity and grab onto it, like a cat grabbing a dangling hot dog, and you enjoy there mothertrusting fuck out of it. Which I did.

Yes, thanks to our pal Tony over at the (I assume) world-famous Drive A Tank, I got to spend another full day driving these massive machines, and this time we dig into some other interesting aspects, like the etymology of the word tank.

You can –no, you better – watch it right here, right now:

Wanton, sensless destruction of cars and trees and etymology? What more could you want?

Tanks really are strange devices. They’re machines of destruction, of course, and as such they’re incredibly rugged, but they also have alarmingly short lifespans during wartime and historically needed to be built as cheaply and quickly as possible, so there are all sorts of cost and time-saving qualities they have. They’re a strange mix of the best way possible and good enough, in various parts and ways.

They’re also such raw expressions of force and power that they almost feel like a natural disaster you can direct and (mostly) control. When I screwed up and misjudged just how wide the Polish T-55 tank I was driving was and took out a full-grown tree, I could barely feel it. 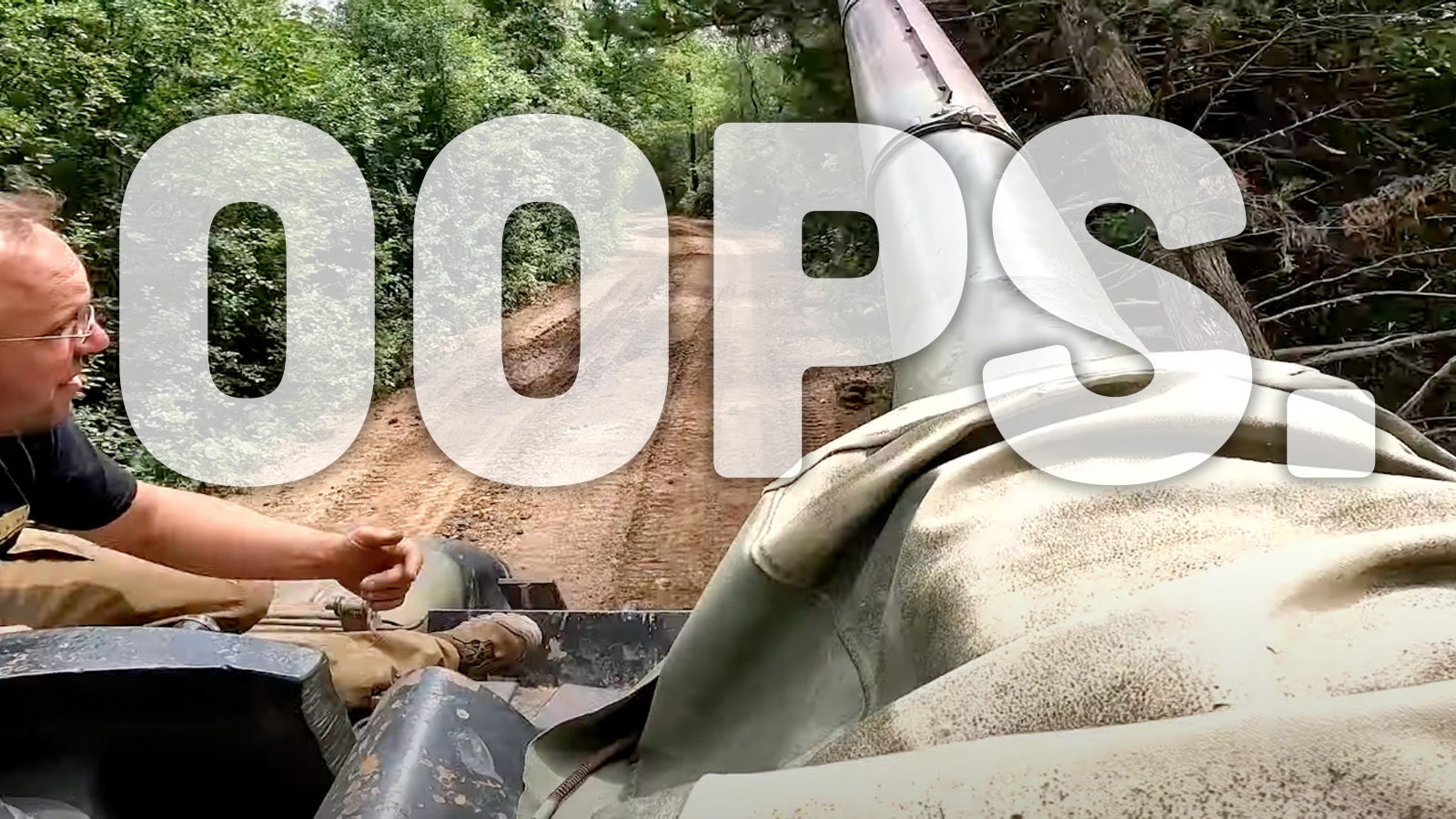 The tank just felled the tree and kept going, and the sensation of guiding that much unstoppable mass is strange and heady and exhilarating and a bit alarming. 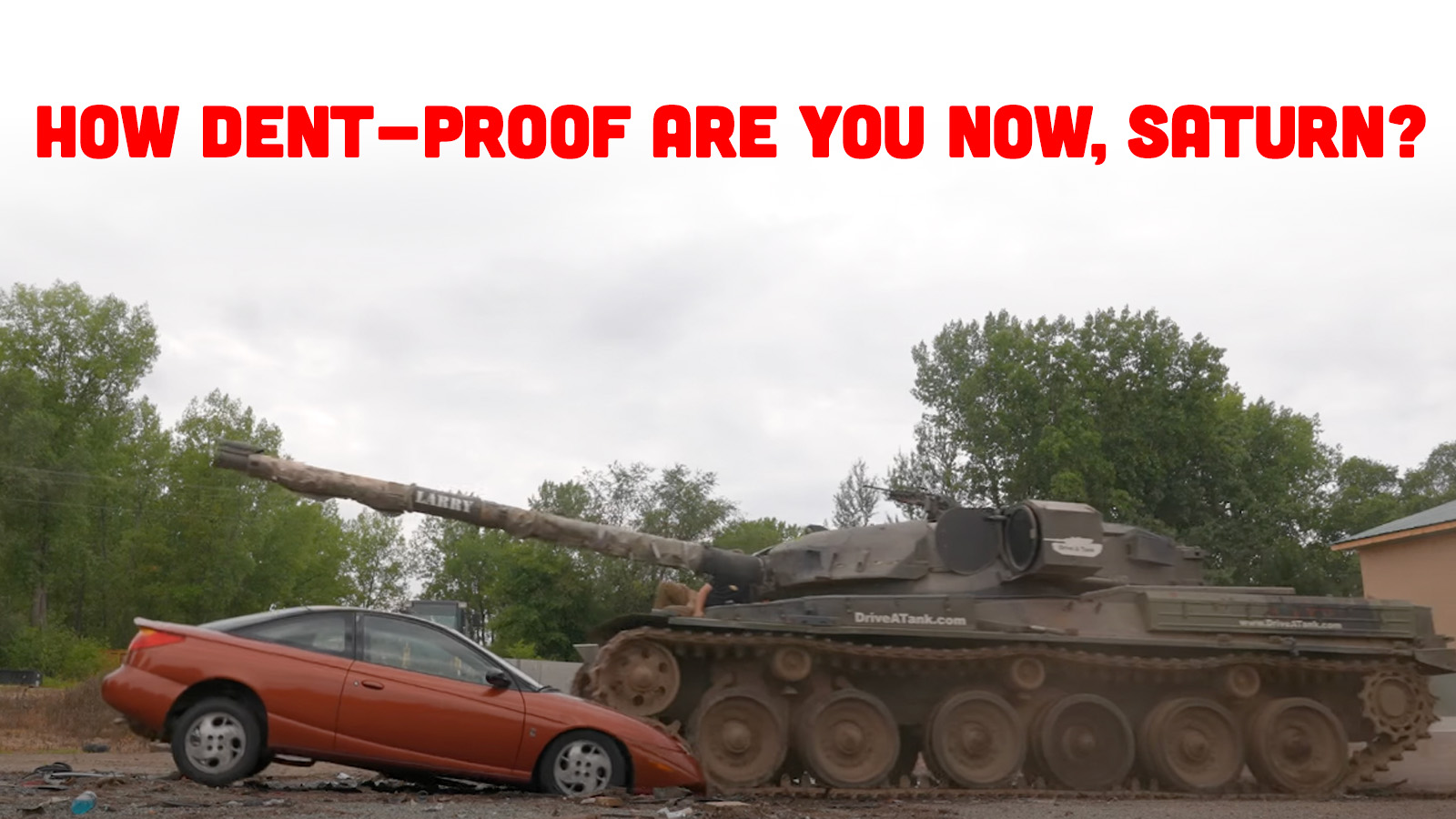 When you direct that kind of force – in this case via a British Chieftain MK10 tank– over a Saturn SC2 then it becomes something really fun, because everything you’re doing violates all of the rules of real life, and yet here you are, seeing how well those dent-resistant plastic panels hold up to 55+ tons of British steel.

Those panels actually hold up better than you may have guessed! The car was crushed like a waffle-stomped shower turd, but the fenders looked surprisingly good afterwards. I mean, you know, given the context.

One of my favorite things about this visit, though, is much more mundane. I finally got to touch and see in person a device I’ve been fascinated by for years: a Boiling Vessel, or, in non-military jargon, an in-tank tea kettle.

Yes, during WWII, the British lost enough tank crews because they were outside their tanks, brewing tea, that they realized there needed to be an in-tank solution to this terribly British problem, and so the cubical and highly space-efficient boiling vessel was born. 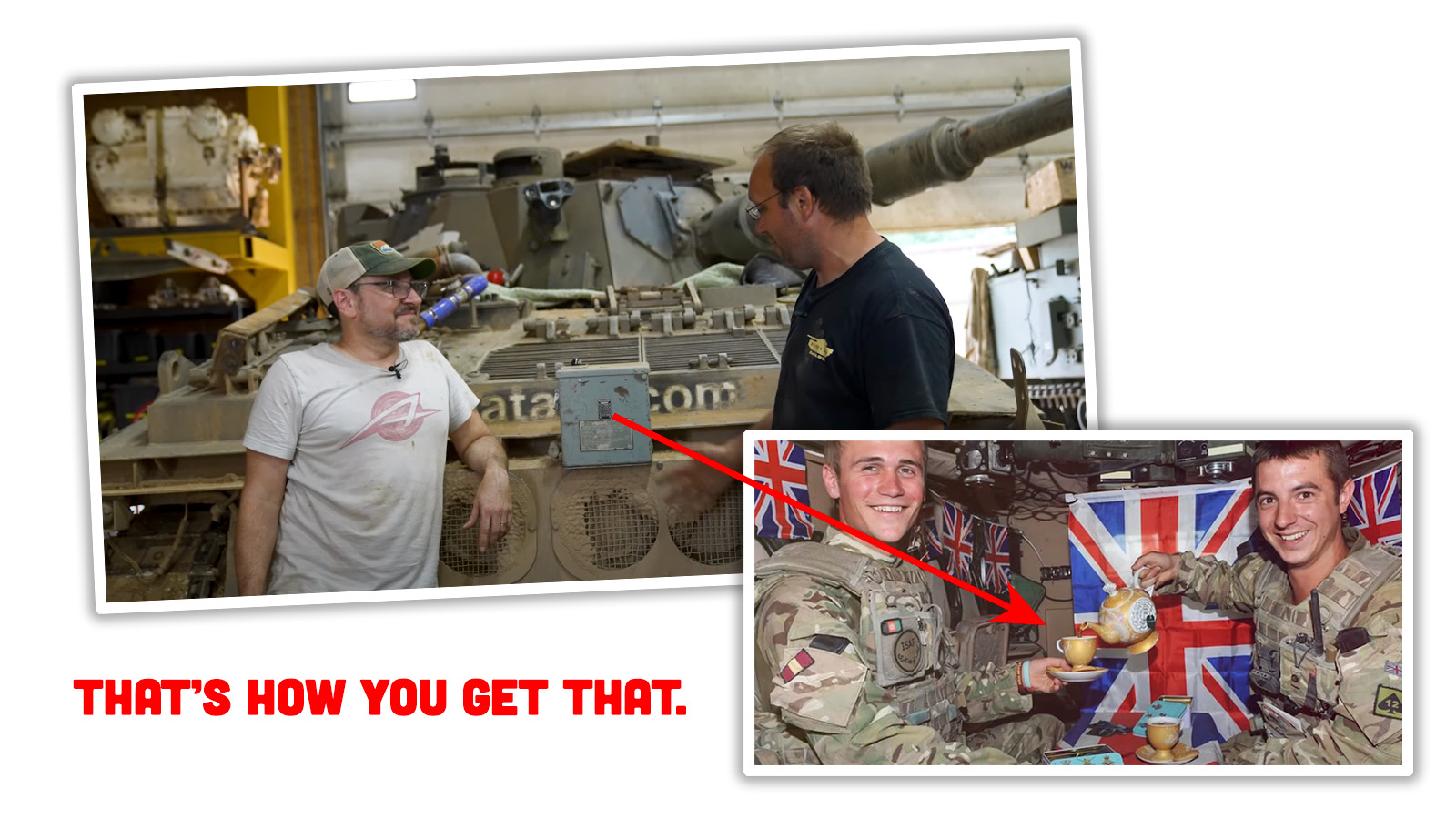 Honestly, getting to actually see and touch this strangely charming unlikely artifact of war was a highlight of this experience.

Look, driving tanks is fun. Forget all of the context and implications of what tanks are and do and just appreciate them a massive, strange machines. If you get a chance to go to Drive A Tank and try this out for yourself, I absolutely think you should, because there’s really nothing quite like it. And, of course, doing so in this context beats the crap out of having to drive a tank in the context of war, which I’m told is, you know, hell.

If you do it, just remember: that T-55 is really, really wide. Don’t run over a tree like I did.

I'm a co-founder of the Autopian, the site you're on RIGHT NOW! I'm here to talk to you about taillights until you cry and beg me to stop, which I absolutely will not. Sorry. Hug? Also, David's friend.
Read All My Posts »
PrevPreviousHere’s The Ridiculous Way The Oldsmobile 442 Got Its Name, Plus A Bunch Of Cars I Renamed Using Even More Ridiculous Methods
NextTVR Cerbera Speed Eight, Volkswagen SP-2, BMW Rockster: Mercedes’ Marketplace MadnessNext