Where Did The One Million First-Gen Honda Accords Go?

In 1980, my family’s brick-red 1968 Volkswagen Beetle (with a semi-automatic transmission) caught fire while we were driving it, and while I think the car was quite repairable, my strangely fire-averse parents took this as a cue to finally look into getting a new car. After a lot of car shopping, which I remember vividly even though I was a little kid (I was advocating for either one of the last convertible VW Beetles or an AMC Pacer, no idea why they didn’t listen to me) my parents settled on what was by far the smart, safest choice they could have made: a 1980 Honda Accord sedan. Accords were absolutely everywhere back then, and the car served us well for years. Now, though, I never see first-generation Honda Accords on the road, which makes me wonder why not? Where did all the old Accords go? 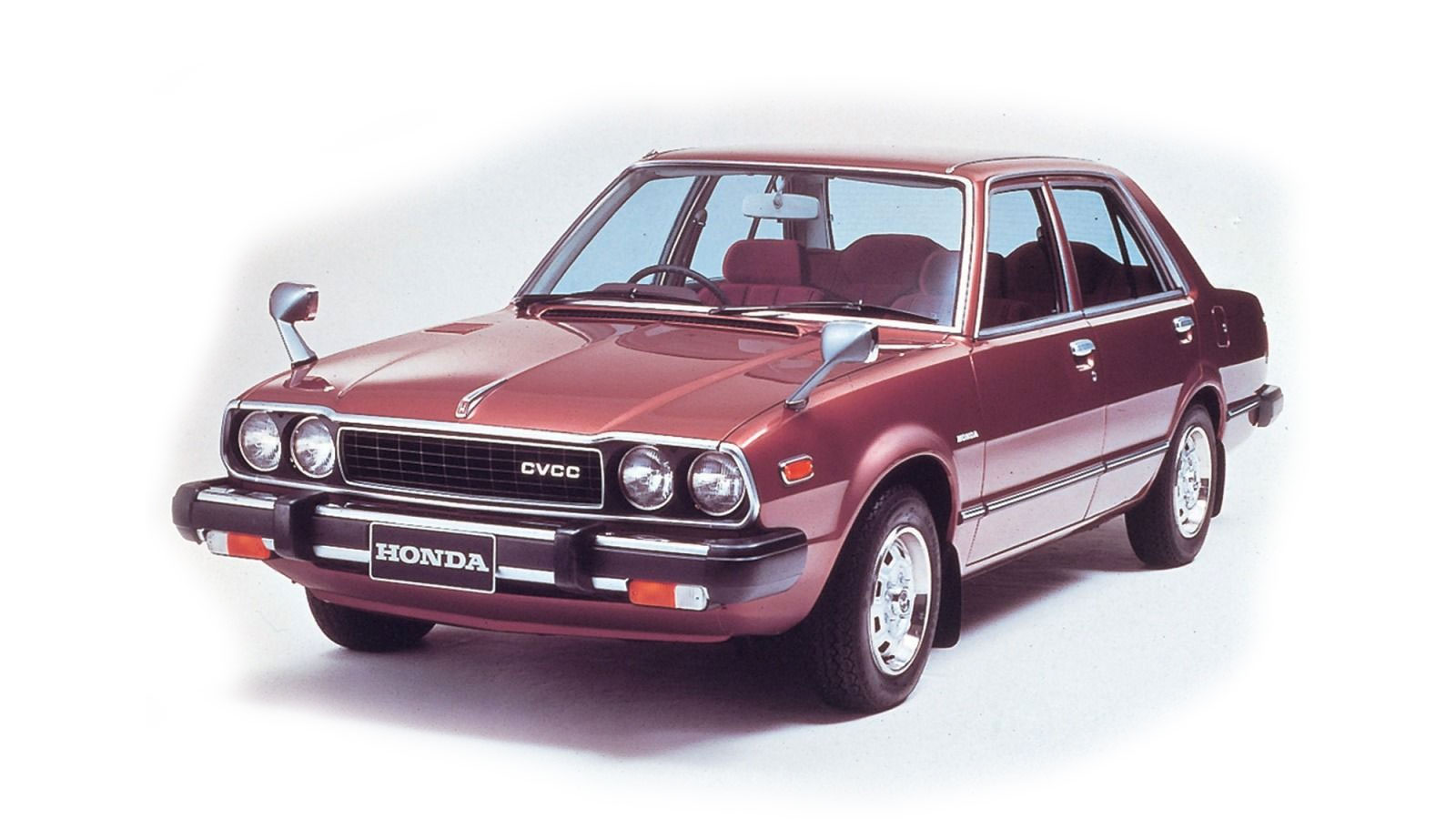 You remember these early Accords, don’t you? You should! They were a big deal. They were introduced in 1976 as a bigger, more family-oriented brother to the little Civic, with a similar transverse-engine/FWD layout and the same Honda Compound Vortex Controlled Combustion (CVCC) carbureted engine technology that let Hondas meet emissions requirements without a catalytic converter. 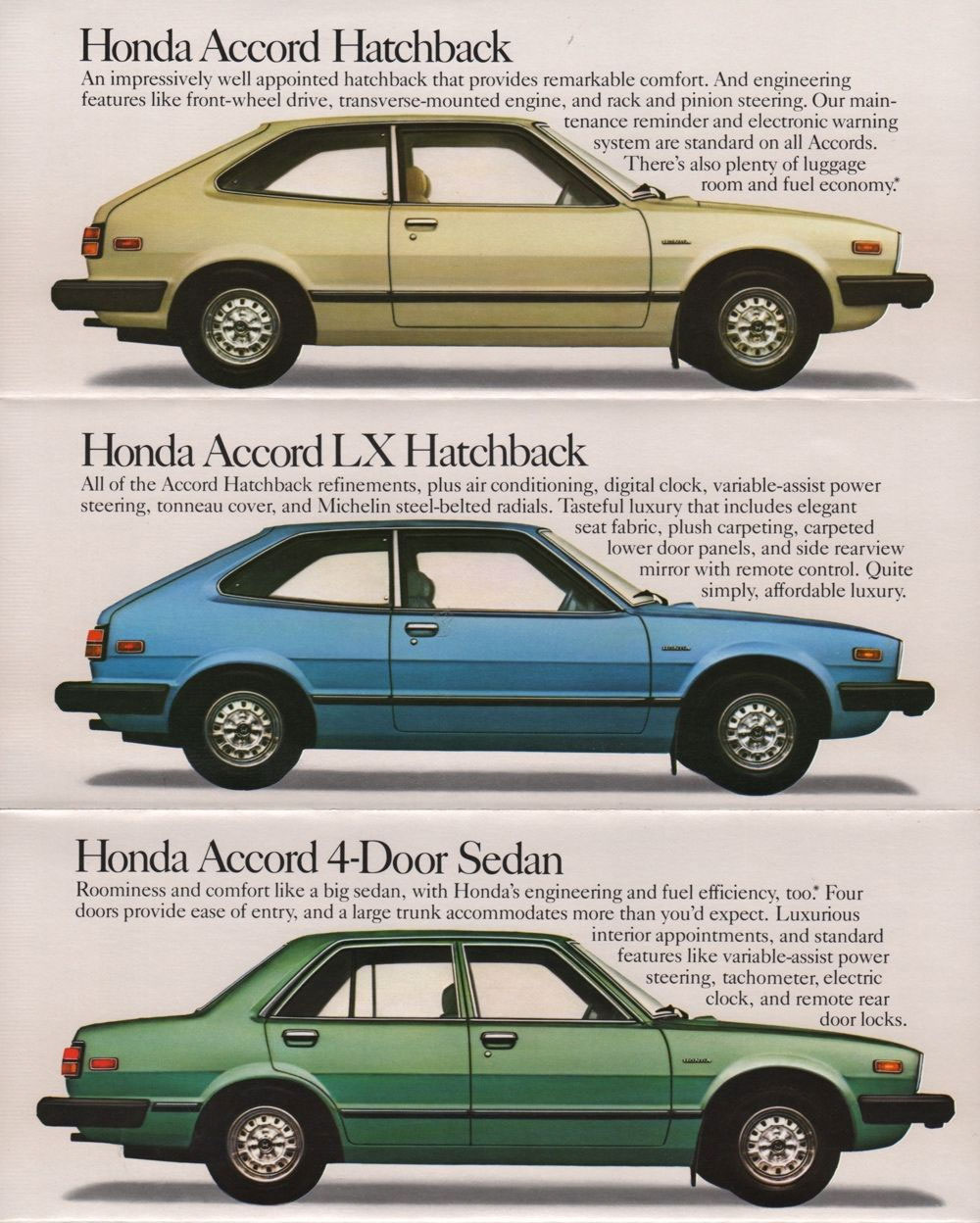 They came in two-door hatchback versions and four-door sedan versions, and the styling was clean and pretty understated, with a bit of tasteful chrome jewelry and very conventional, but attractive, proportions.

Japanese market cars got rectangular headlamps and wing mirrors, as you can see in this ad:

Though in America all of these first-gen Accords had quad round headlamps and conventional door mirrors:

Recognize that Voice of Honda in that commercial? Just a few years earlier that same voice was warning us that women weaken legs:

Yep, the voice of of Honda was Burgess Meredith, Rocky’s trainer. 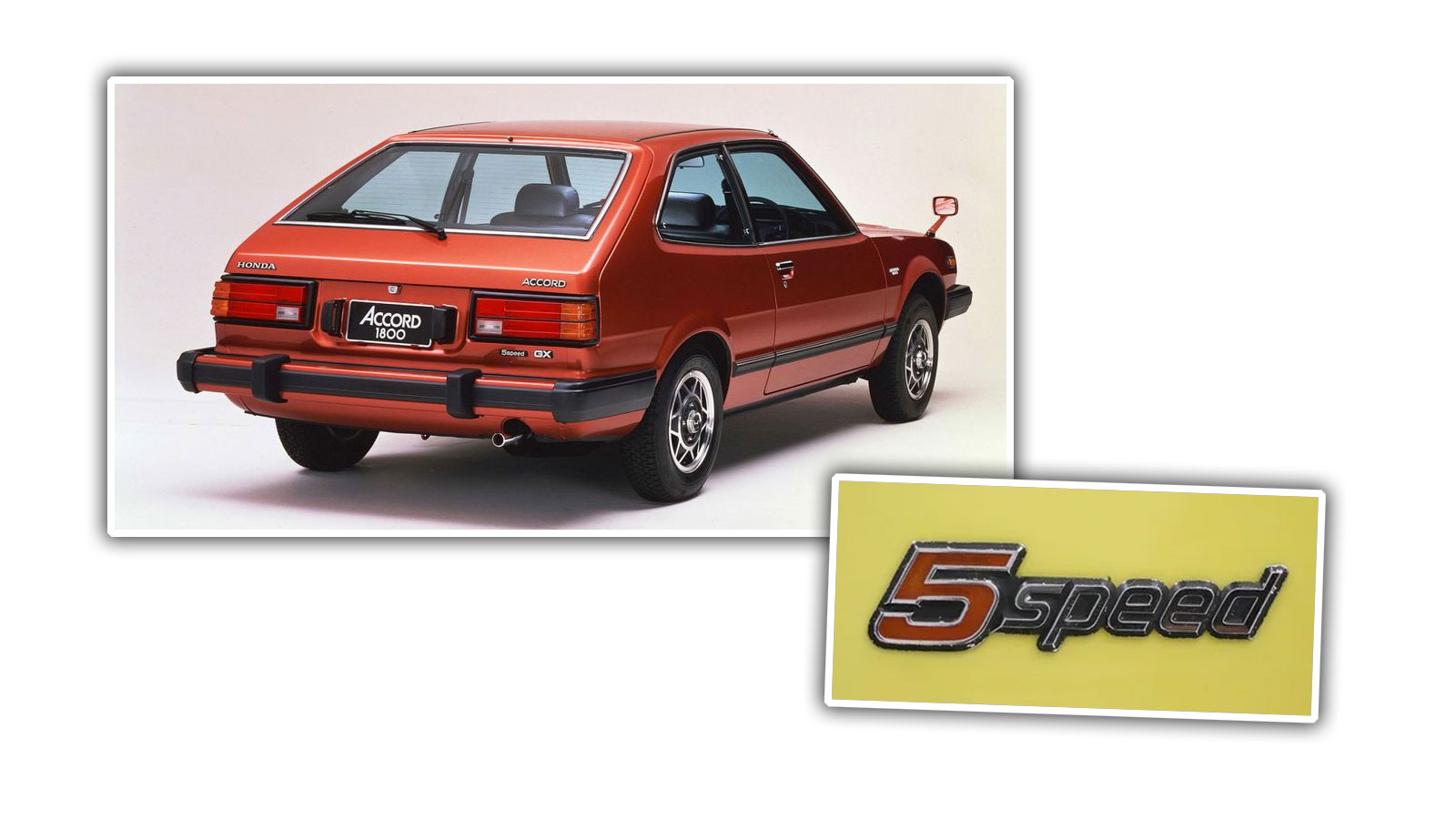 These Accords had 1800cc engines in their US-spec form, making about 72 horsepower, and you could get them with a five-speed (proudly advertised with a 5speed badge) or a three-speed automatic, well, at least in 1980, as Honda’s peculiar two-speed sorta-semi-automatic Hondamatic transmission was still offered up until 1979.

I’ll have to write about that thing separately at some point.

Anyway, these were good cars, with excellent build quality and getting good gas mileage and priced well. In 1980, my parents’ Accord sedan would have set them back about $6,515, equivalent to around $23,000 today, which isn’t too bad for a new car.

Man, now I’m wondering – I remember saving up money around 1981 to get an Atari 2600 (we called it a VCS then but you know) and if I recall I had to save up $140 for it. I think I maybe managed half, and we got the rest at Hanukkah or something. What would that be today? Let’s see. Woah! About $450! Holy shit. That’s a lot of money to play flickery Pac-Man. Worth it.

Accords weren’t crazy, disposable-like-a-Yugo cheap, and they were built to high standards. People seemed to like them, too. Everything about these cars suggests that we should see more of these on the streets, right? 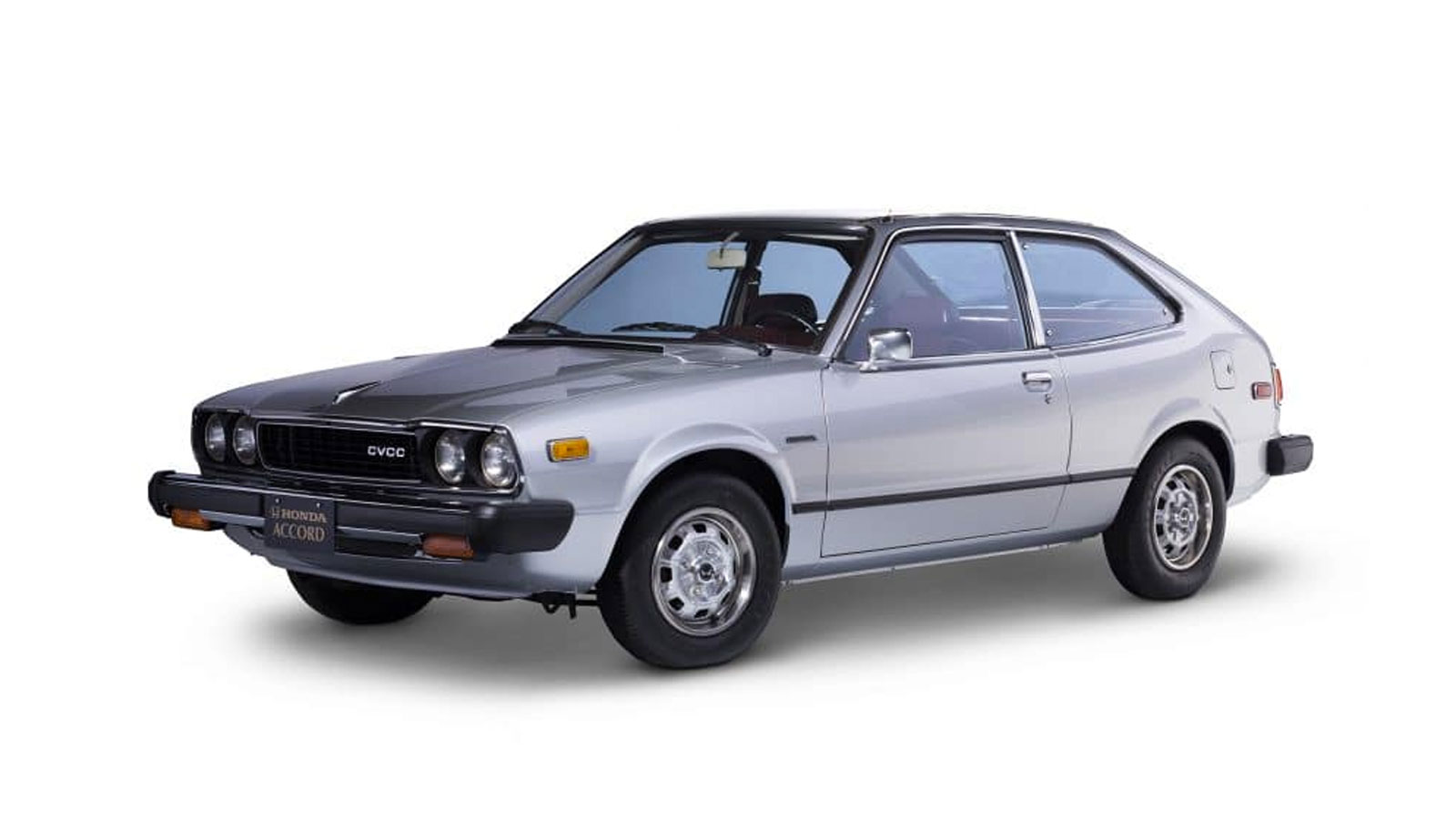 I get that there’s not going to be many late ’70s-early ’80s cars out on roads in general, but you do see some tooling around, some ratty survivors barely hanging on to automotive life, some clearly restored and cared for. In general, there’s certain older car categories that seem to be survivors: I still see a good amount of ’60s and ’70s Beetles, a lot of old pickup trucks, especially ’70s and ’80s Fords, collectible sports cars ranging in value from CRT-television-valued MGBs to expensive Jaguars, and even a good smattering of Japanese cars from the era, like old Celicas or Subaru Brats, and there’s even a reasonable amount of forgotten American iron like ’80s-era Buick Centuries piloted by near-century-old people. But no early Accords.

I guess this surprises me because, like I said, there were so many Accords when I was growing up. Hatchback Accords, often in silver, sedan Accords, often in the red that ours was or the interesting sea-foam green they came in, with interiors to match. They were like Toyota RAV4s or Honda CR-Vs are today, forming a sizable chunk of any parking lot you happened to find yourself in.

The sales numbers for the first generation of Accords, which ran from 1976 to 1982, show that plenty were out there:

Add all those up and you’re damn near a million cars sold in America. As an example of another old car I tend to still see around that was not uncommon in the late 1970s and early 1980s, the MGBs I mentioned before, only about a third of the Accord’s numbers (298,000 or so) of those were sold in America, and those had vastly worse build quality than the Hondas.

So, why do I see so many more MGBs soaking grocery store parking lots with dirty oil than I do Accords?

Maybe Accords were too, you know, boring? An MGB is a little sportscar full of charm. Sure, they had plenty of issues, but maybe the overall enjoyment of them, as opposed to a much more fiercely practical car like an Accord, is why they ended up saved?

Perhaps it’s because of the Accord’s reliability that, counterintuitively, makes them so uncommon now? To use the MGB example again, those were far more likely to have some problem that put them under a tarp for decades until someone finally decided to really restore it and get it back on the road. 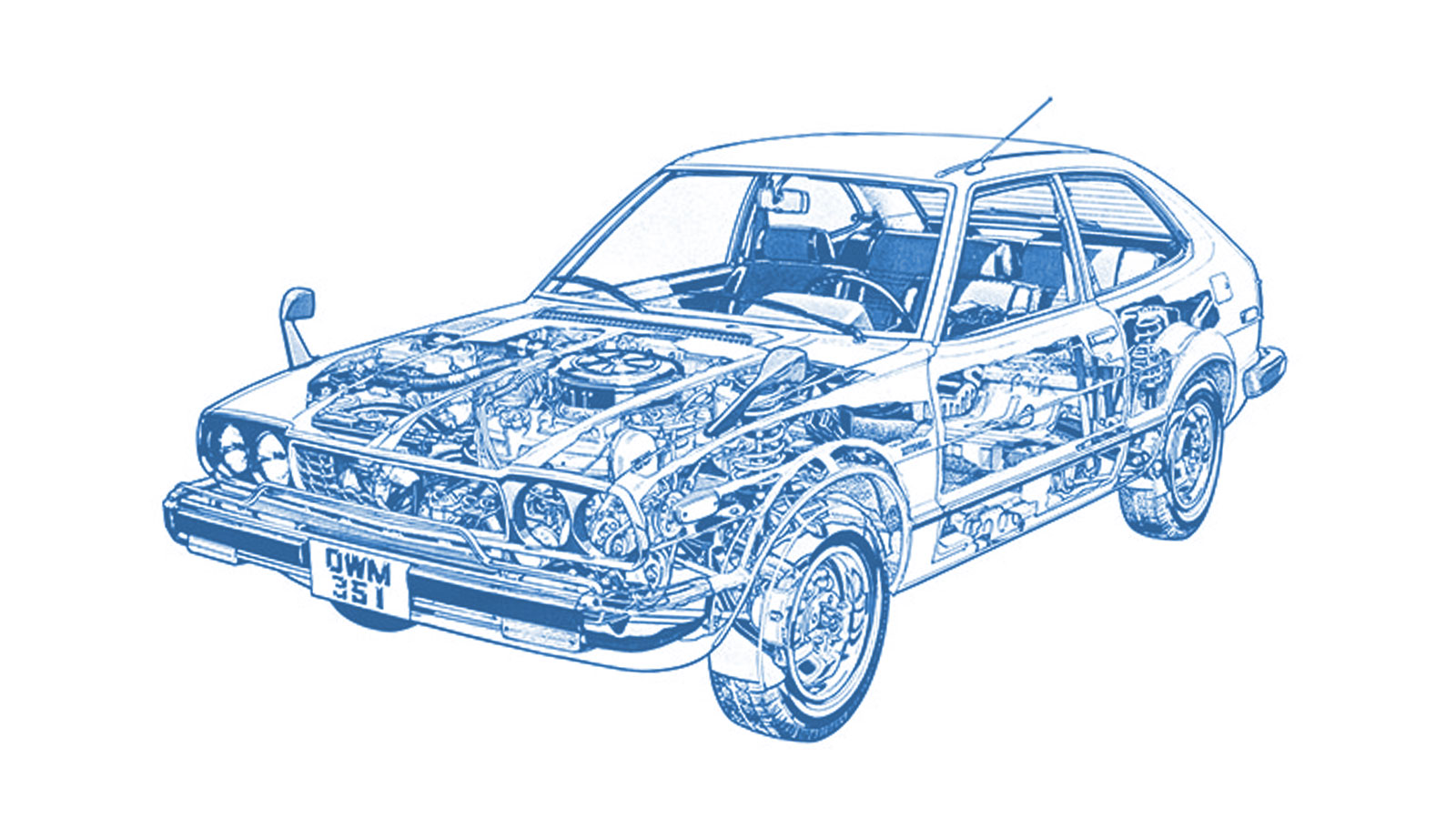 An Accord, on the other hand, would likely have run and run until it was genuinely used up, worn out like a beloved pair of jeans, and then sent off to the junkyard. Accords weren’t having (generally) weird electrical gremlins that parked them for years. They went and went until they had nothing left to give.

Maybe its because I grew up with Accords forming such a huge part of the automotive quilt that draped the background of my life that I find it so baffling that so few survive today. On the incredibly rare occasions you actually do encounter one, they always seem to be such tidy, charming, well-designed cars that would likely be a real gem to own today.

Sadly, that’s very unlikely to happen. Very occasionally, you’ll see these pop up on auction sites, but compare that to cars like the BMW 2002 or something with a real following and you’ll realize that really, they’re all effectively gone.

There’s a lot of reasons why cars some cars survive and why some don’t, and those reasons are not always based on how good or popular the car was back in the day, or even how many were made. I can’t really think of a better example of this than these almost-forgotten, once-common-as-bad-opinions Hondas, now just fading memories in the minds of old bastards like myself.

I'm a co-founder of the Autopian, the site you're on RIGHT NOW! I'm here to talk to you about taillights until you cry and beg me to stop, which I absolutely will not. Sorry. Hug? Also, David's friend.
Read All My Posts »
PrevPreviousMercedes-AMG Goes Absolutely Insane With The Jacked-Up, Portal Axle-Equipped 2023 G63 4×4 Squared
NextCold Start: These Are Way More Fun Than They Should BeNext