I’ve spent a lot of time driving in England, which is a thing that happens when you marry an English woman. I enjoy many things about being in England but one of my favorite is driving there. English roads, especially the back roads or “B” roads as they are called, are the best. They are narrow and almost never straight. You are always in a corner of some sort. The roads are also almost never flat. They dip and dive constantly and a good car will flow and glide smoothly over these undulations. When you find a car that does this well it’s an absolute joy. Steering also has to be precise since there is no room for error; the roads are simply too narrow.

The other aspect of driving in England I really like is driving on the left. For an American, it totally screws with your mind. You’re driving on the “wrong” side of the road. You’re sitting on the “wrong” side of the car, you’re trying to shift with your left hand, and the mirrors are all in the “wrong” places. You’re very aware of how concentrated you need to be on the act of driving while at the same time navigating roads that are more like a funfair ride than actual roads. Get it right, though, and it’s an absolute blast!

The whole thing got me thinking of why do the English drive on the left while we Americans, and most of the rest of the world, drive on the right? So I did some research and here’s what I found. 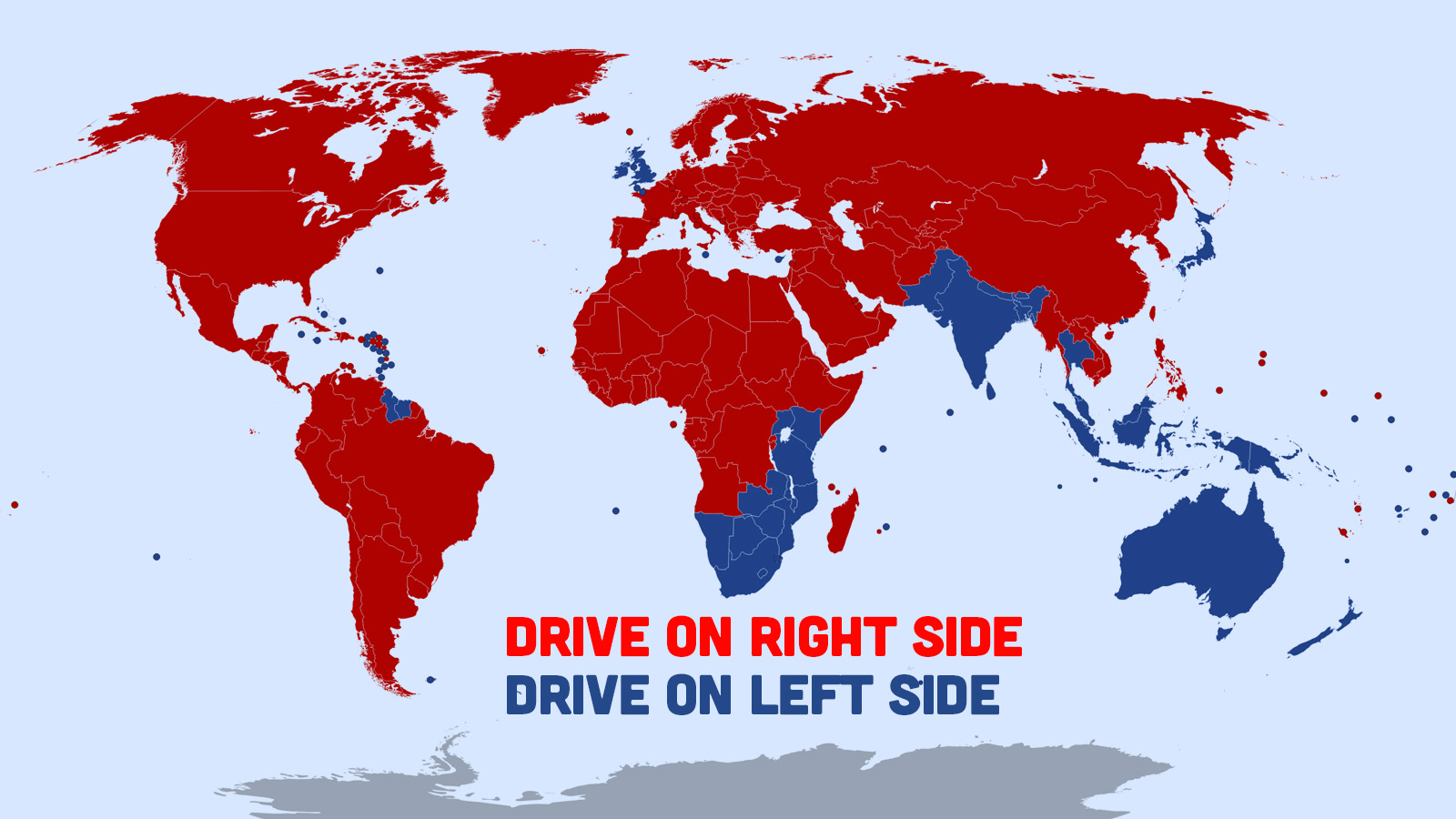 England is certainly not the only country that drives on the left. In fact, about 35% of the world’s population drive on the left including Japan, Malta, Cyprus, Indonesia, Ireland and most of the old English empire countries: India, Australia, New Zealand, and a number of African countries. The history of driving on the left goes back many centuries to the time of knights and castles. Like today, most people in the time of knights were right handed so they would have held their swords in their right hand and carried them on the left side of their body. When meeting another person coming towards them on the road, it was natural to be on the left side of the path since that would allow them to offer a hand in greeting or defend themselves should they get attacked. It also kept their swords away from the passerby should they try to steal it. 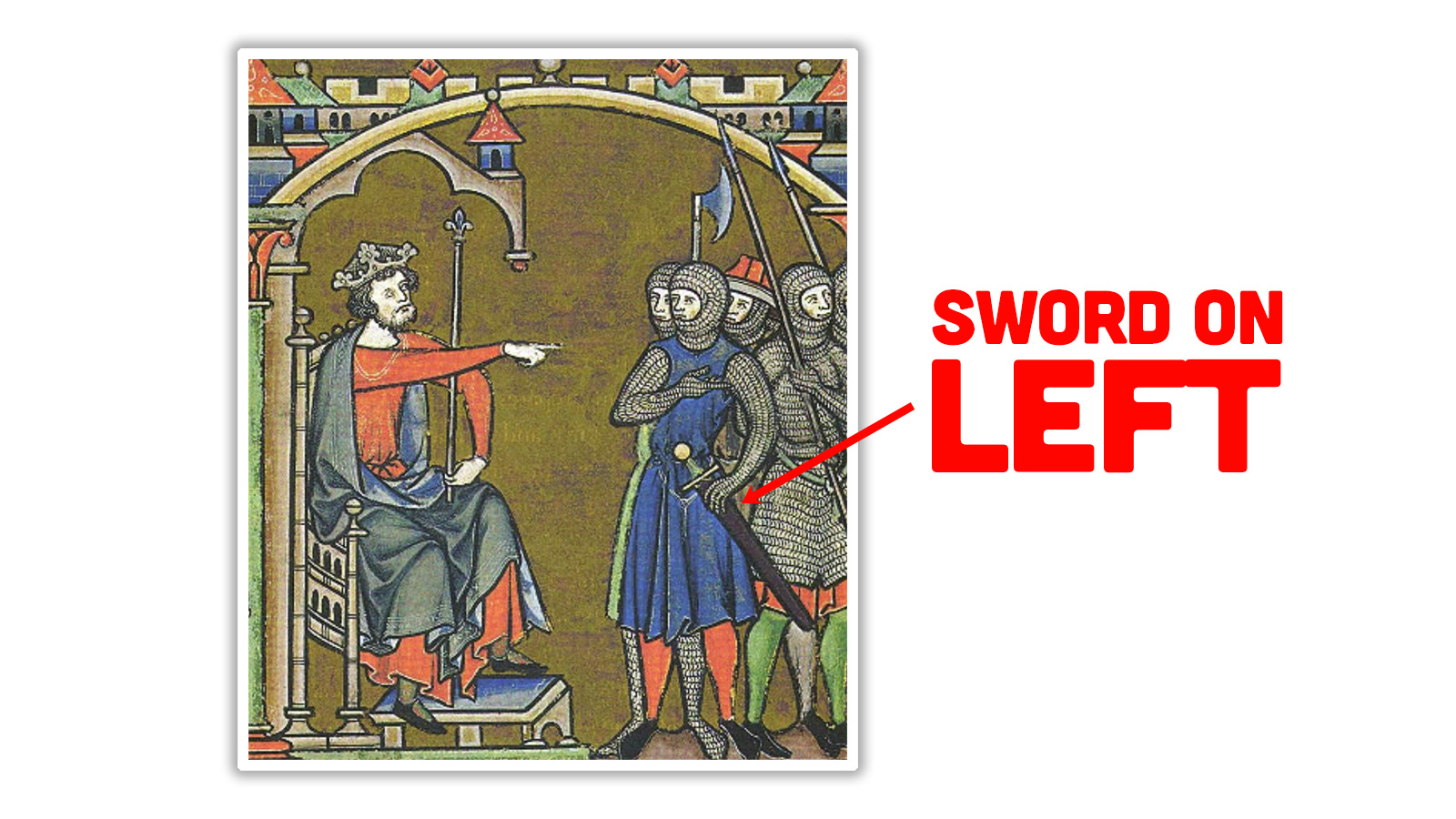 There is even evidence to suggest that driving on the left goes back way farther than that. In 1998, a road leading to an old Roman quarry was excavated in England. The ruts in the road were significantly deeper on the left side of the road leading away from the quarry than the right side. Since the carts would have been much heavier leaving the quarry than returning to it, it suggests that the carts leaving the quarry were driving on the left side of the road. 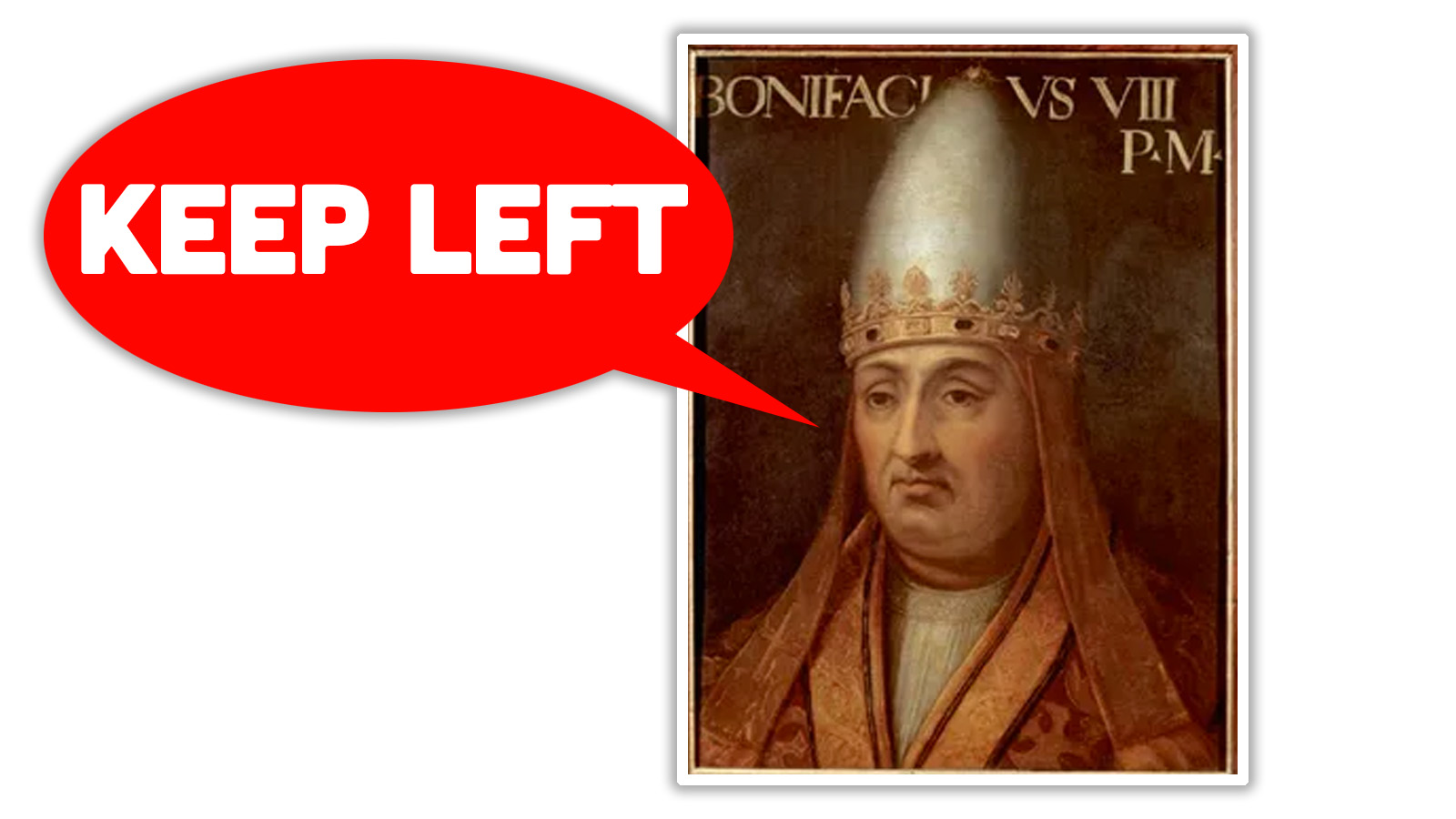 A little later, in the year 1300, Pope Boniface VIII decreed that all pilgrims traveling to Rome should keep to the left.

Later still, in the mid 1700’s, traffic on London Bridge was getting so bad and chaotic that in 1756, a law was passed requiring all traffic on the bridge to keep to the left. This was later codified nationally in 1835 in the British National Highway Code.

More recently, in 1969 a study showed that left driving countries had lower accident rates. It was suggested that this is because the right eye and the right hand are dominant in most people. When driving on the left, the right eye is what you use to see down the road past the car in front of you and in the rearview mirror and the right hand stays on the wheel while the left hand works the gearshift and the radio knobs.

Knowing all of this, the real question becomes “why doesn’t everyone drive on the left?” The answer to this question is a bit muddier but it seems to have started in the late 1700’s with the advent of large wagons used for hauling goods. These wagons were pulled by several pairs of horses and did not have a driver’s seat so the driver would sit on the left rear horse so that his right hand was free to use the whip. Since he sat on the left, he would want to pass oncoming wagons on the right so he could see how close his wheels were to the oncoming traffic. There wasn’t much need for such large wagons in Britain since the roads were much smaller and distances shorter so they never became popular there.

At about the same time, Napoleon was doing his marauding across much of Europe and he decreed that France would drive on the right just because he was ornery and wanted everything anti-British. It was also because the French aristocracy drove on the left and he wanted nothing to do with those clowns. Lastly, we believe he was left handed so he probably wore his sword on the right and mounted his horse from the right. Who knows? What we do know is that he wanted everyone to drive on the right and he made it a rule in all the countries he invaded which did NOT include England. Remember Waterloo? Yeah, me neither. Suffice it to say that Napoleon was stopped in his tracks before he reached England. So, England stayed driving on the left. 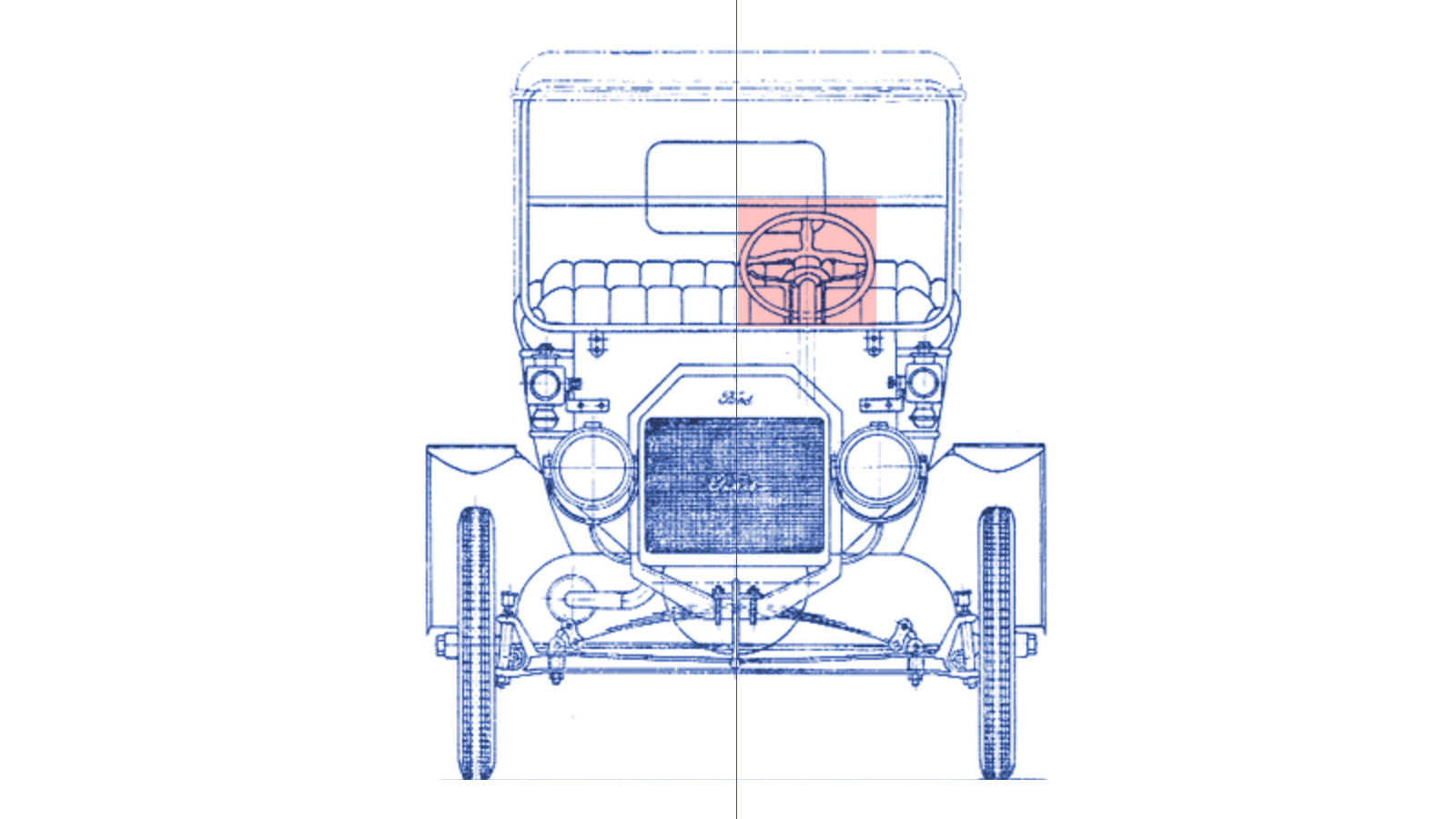 About 100 years later, as automobiles started to come on the scene, it was a bit of a free-for-all as to which side of the car the steering wheel was on. This included the US, but when Henry Ford came out with the Model T, he put the steering wheel on the left side. Since this car was such a huge success, left hand drive took over the industry and became the norm.

During the 20th century, there was a movement in Europe to standardize the rules of the road which meant everyone had to drive on the right. The last European country to make the shift was Sweden on September 3, 1967. At 4:50 AM, after spending over $120 million on education and new road signs, all traffic in the country stopped and after 10 minutes restarted on the right side of the road. Can you imagine something like that happening today? Well, it did in Samoa in 2009. They switched from driving on the right side of the road to the left side to be like their closest neighbors Australia and New Zealand.

Will other countries make a switch in the future? Who knows, but what I do know is that there is about a ⅓ to ⅔ split in countries driving on the left vs the right so if you want to go on vacation in countries that drive on the other side, keep an open mind because it really is a lot of fun and a great challenge for anyone who loves driving.

I have been an automotive engineer for all 31 years of my career, mostly doing chassis design work. Some fun suspension projects I led: The 2005 Ford GT and 2012 Tesla Model S.
Read All My Posts »
PrevPreviousOur Daydreaming Designer Imagines The Ultimate Autopian Tour Bus
NextThis Electric Motorcycle Is Almost The Perfect Commuter For Just $8,000Next