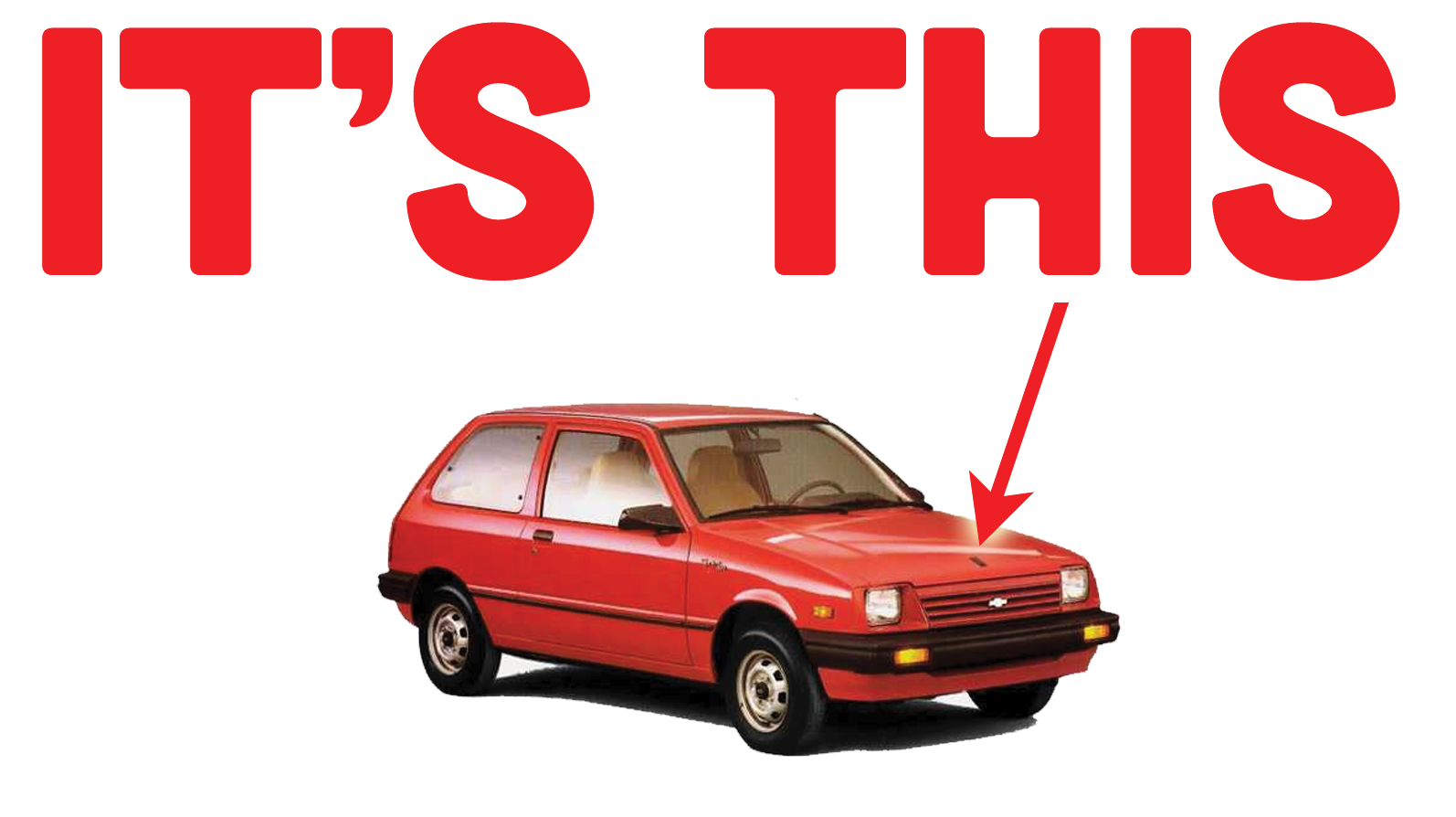 Remember the 1980s Chevy Sprint? It was something of a strange car. It got its start as GM’s M-Car project, which was going to be a small economy car. Prior to completion, GM decided that it couldn’t make any money, so it sold the project to Suzuki to finish the job in exchange for a chunk of Suzuki ownership. That whole story is worth digging into more, but for right now I just want to focus on one odd detail of the car that came from this project: the hood latch on the Chevy Sprint.

Well, really, it’s the hood latch on the first-generation Suzuki Cultus, which was sold as the Chevy Sprint in America, because “Cultus” sounds like both “cult” and “penis” all at once, and that’s not a likely path to sell sensible economy cars in the U.S.. Sports cars, maybe.

The same basic car was also called a Suzuki Swift, Holden Barina, Pontiac Firefly, Suzuki Forsa, and a Suzuki Khyber, depending on all kinds of variables like what market and the astrological sign you were born under and your blood type, probably.

No matter what it was called, the car was a pretty conventional small hatchback city car, with a little transverse three- or four-cylinder engine (the Chevy Sprint had a 993cc 48 horsepower inline-3 – maybe the smallest mass-market engine Chevy has ever sold in America?) and pretty straightforward styling.

The car had styling differences depending on trim levels and how it was badge-engineered; Suzuki had hot-hatch versions with air dams and extra lights and different grille designs, while Chevy, which was positioning the car at the very bottom of the lineup, had versions that used cheaper U.S.-spec sealed-beam rectangular headlights, as you can see in that flyer.

But, no matter how the car was badged or marketed or if it had the top of the line 1.2-liter 16 valve engine or the smallest triple-banger, all the cars had this: 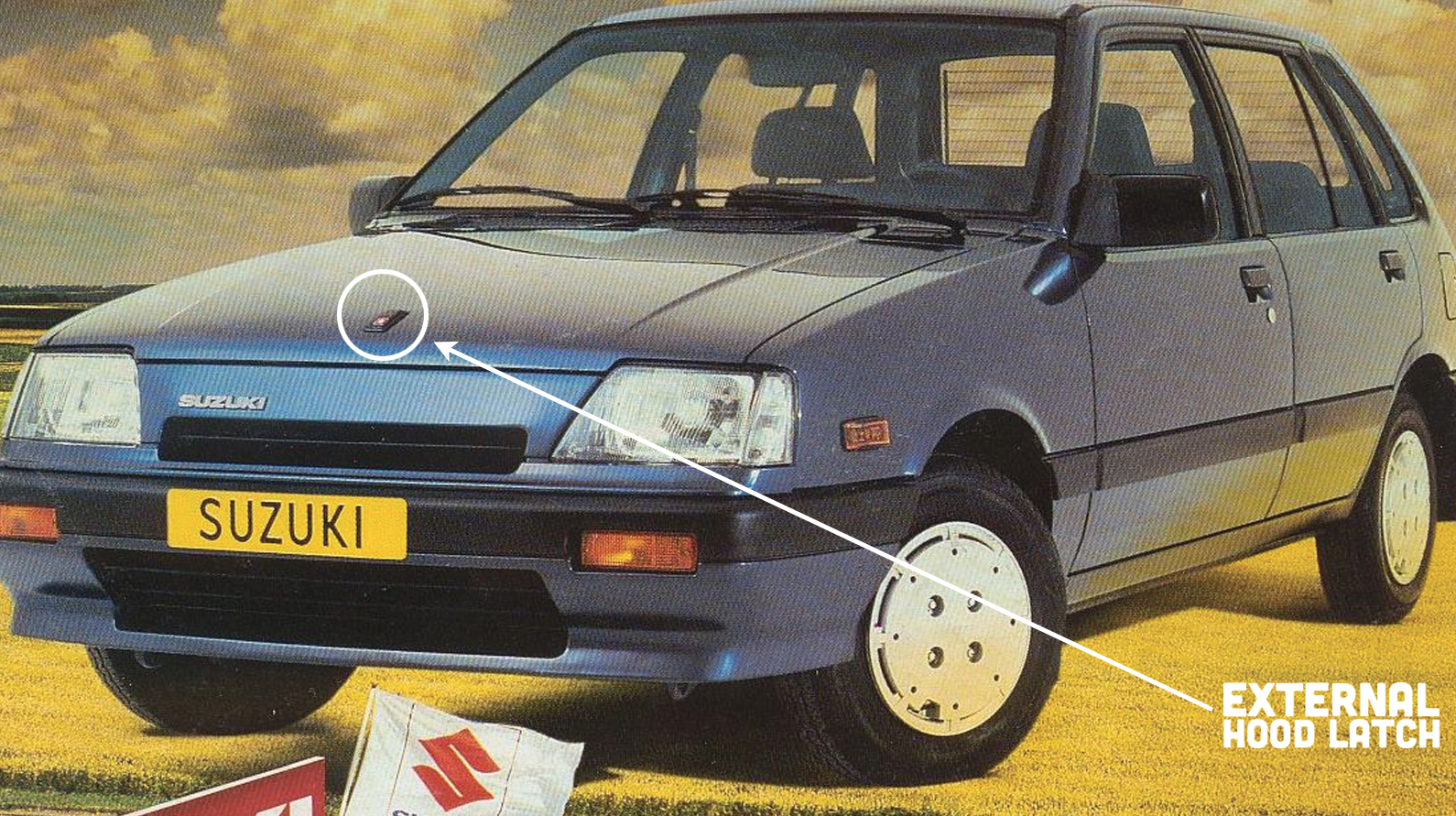 A funny little rectangle right front and center on the hood that acted as the secondary hood latch.

On the Suzukis, the latch was combined with a Suzuki badge, so it had a bit of a branding function as well. On other versions, like the Holden and the Chevy, it was just a black rectangle: 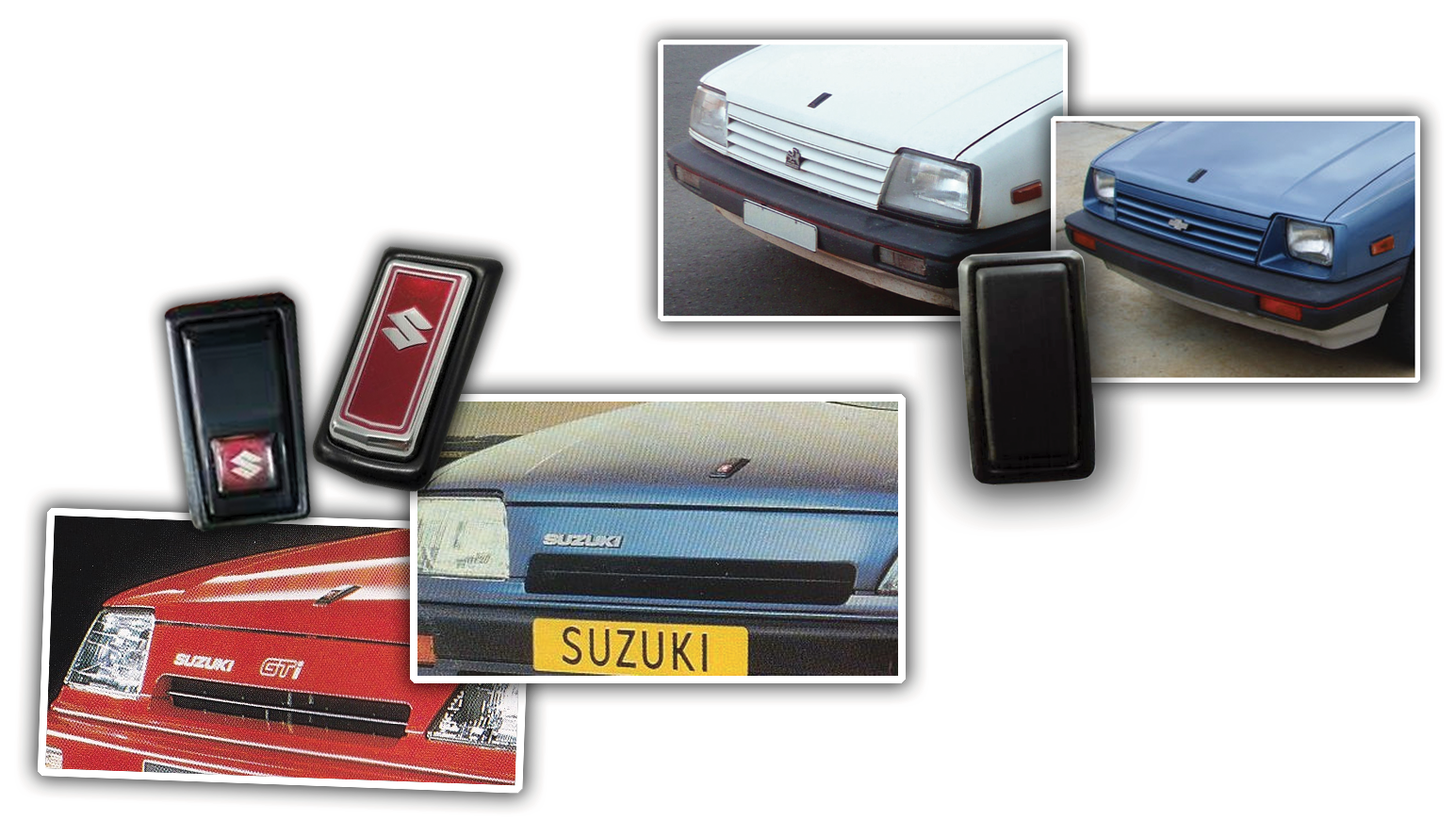 The reason this little, seemingly insignificant detail sticks with me is that I can’t really fathom why Suzuki would want to design their hood latch this way. I can’t think of another car that does a secondary (by that I mean you know how you pull that handle to release the hood, then there’s the secondary safety latch you usually have to feel around under the hood with your fingers for? That’s what I mean by secondary) hood latch like this.

The early Ford Transits had a hidden hood latch under the grille badge: 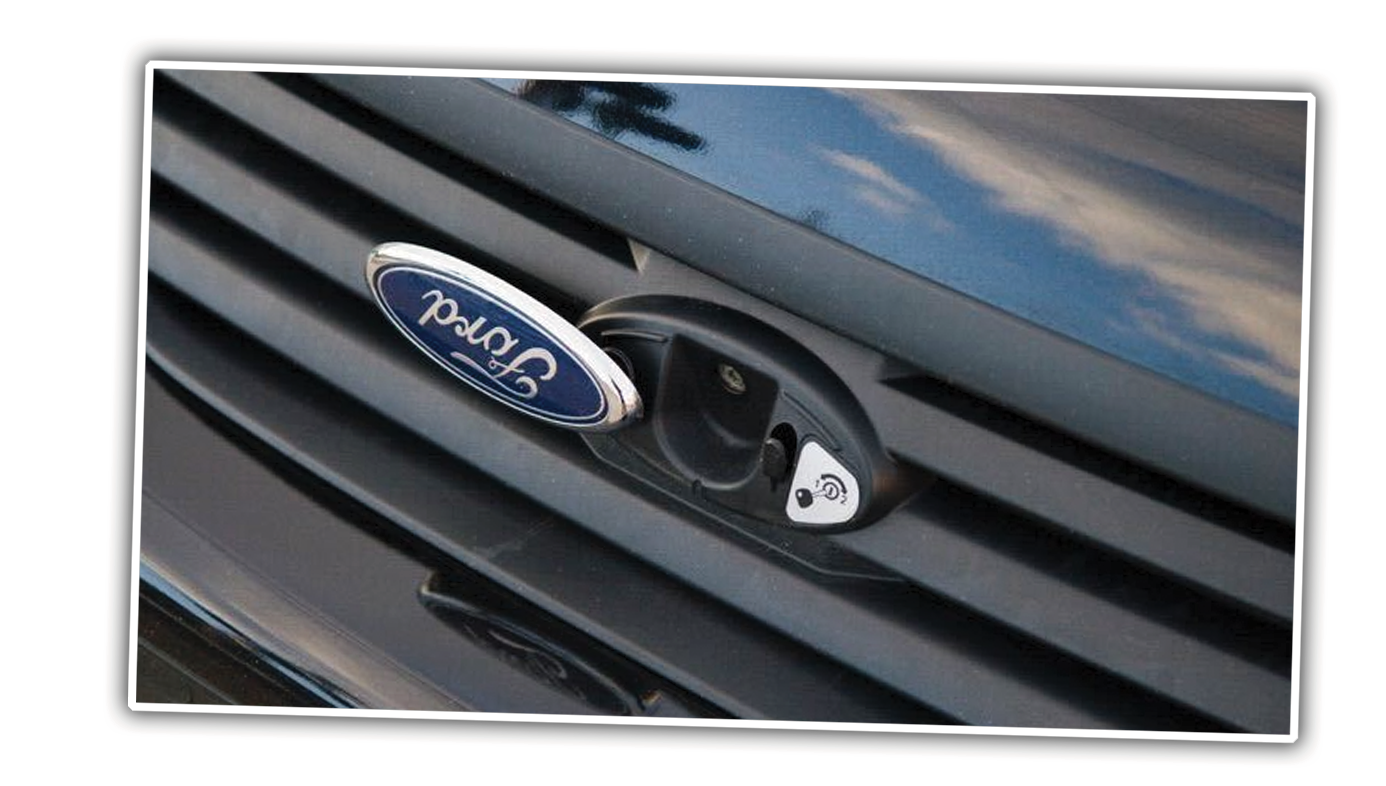 …but that was a full-on hood lock, not just the release, so it’s not really the same. And, even that was hidden; I can’t think of any other car that just has the secondary release sitting like a big, obvious button like this.

Maybe Suzuki did it that way because the company always intended to have some kind of hood badge? That’s possible, but it’s not like a rectangular hood badge was a Suzuki brand trademark; other Suzukis of this era had nothing like it: 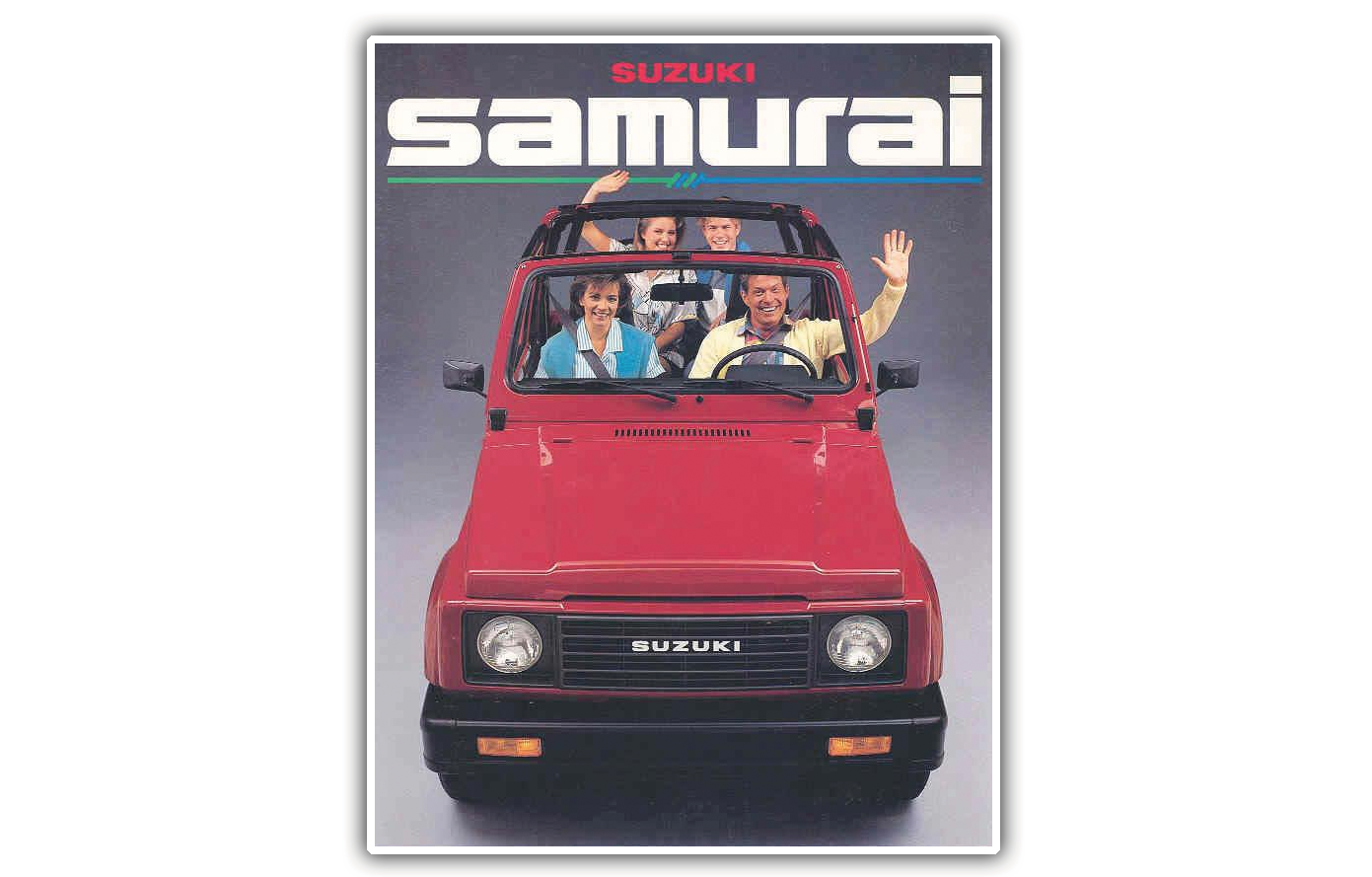 Of course, on the Chevy there was no badge, just that black plastic rectangle. What makes this even more baffling is that there’s no way the external push-button latch deal could be cheaper than the sort of cheapo stamped-metal hood latch used on most cars, including other Suzukis: 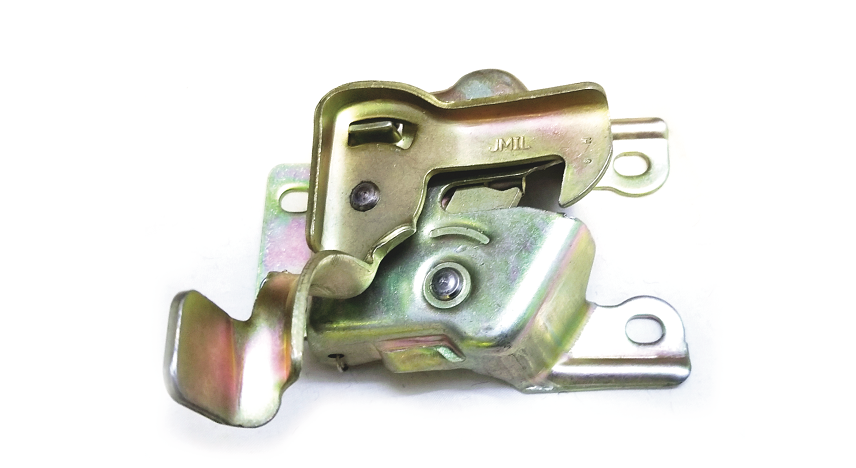 Those things don’t have to be finished or refined like most external car trim or parts; they’re just a simple metal stamping–the Swift/Sprint-type latch has to have a mechanism similar to this, plus a plastic button, plus a bezel, plus has to be mounted on the hood–on a cheap car. I just don’t get it.

Also not helping me understand any of this is this gleefully baffling ad Suzuki made for the Swift, which our pal Murilee found a while back:

That strange black latch is one of those little details that once you see you can never ignore, and the more you think about it, the less sense it makes. Was somewhat easier-than-normal hood opening a big selling point of the car? Did people like the look of that little black domino sitting on their car’s nose?

What am I not getting here? Why am I thinking about this? Does this bother anyone else? Should I seek help?

(thanks to The Bishop! Images from Suzuki, Chevy, Wikimedia Commons, eBay)

I'm a co-founder of the Autopian, the site you're on RIGHT NOW! I'm here to talk to you about taillights until you cry and beg me to stop, which I absolutely will not. Sorry. Hug? Also, David's friend.
Read All My Posts »
PrevPreviousWhy Automakers Sometimes Overpressurize Tires And How That Can Affect Your Handling: Ask An Engineer
NextCold Start: It’s Like A ChameleonNext