What’s up, Autopians? Welcome to another edition of Ask an Engineer. This week we’re going to look into a question that has come up about MacPherson strut suspensions — among the simplest, cheapest, and most ubiquitous of front suspensions. Have you ever looked at a MacPherson strut and wondered why the spring is not aligned with the shock?

Look at these pictures of double wishbone suspensions. 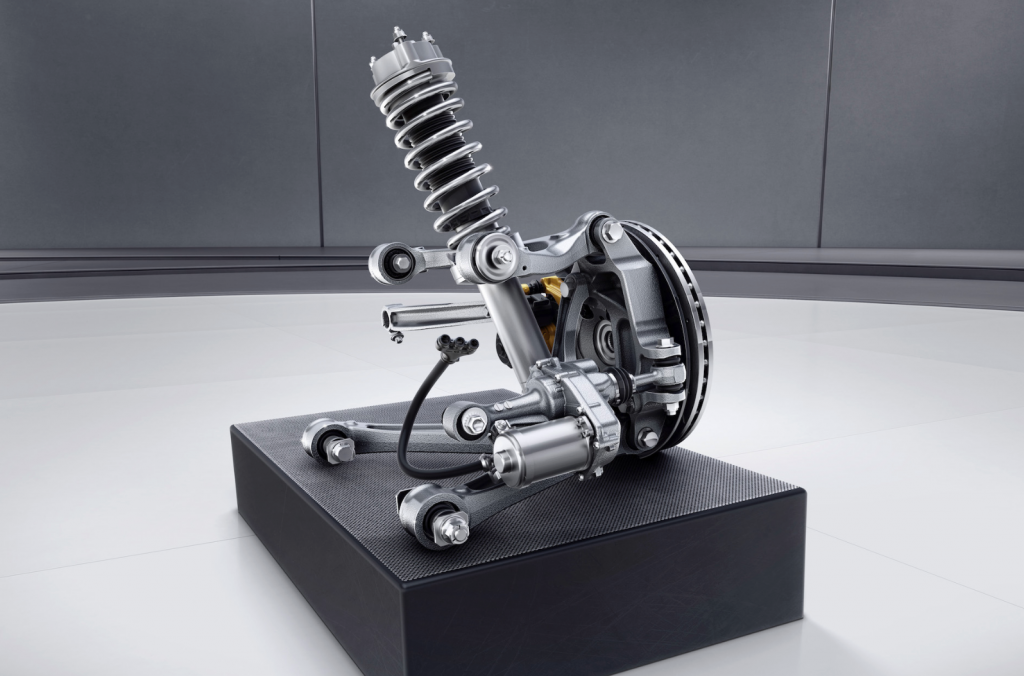 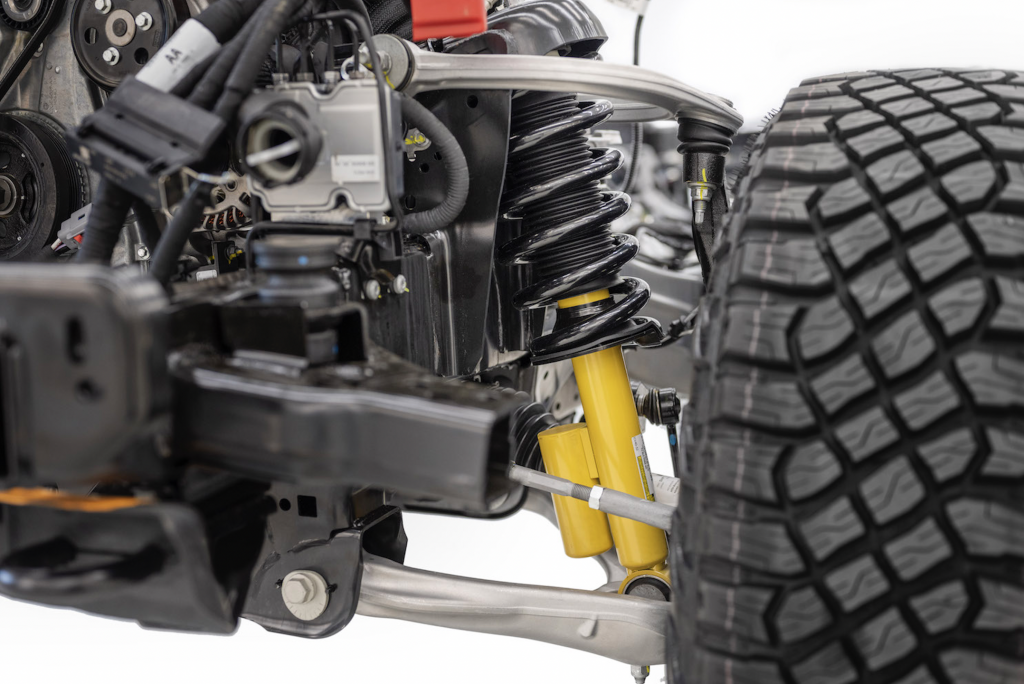 Notice how, in the image immediately above, the black spring looks like it’s perfectly centered on the yellow damper. Now look at the MacPherson strut design: 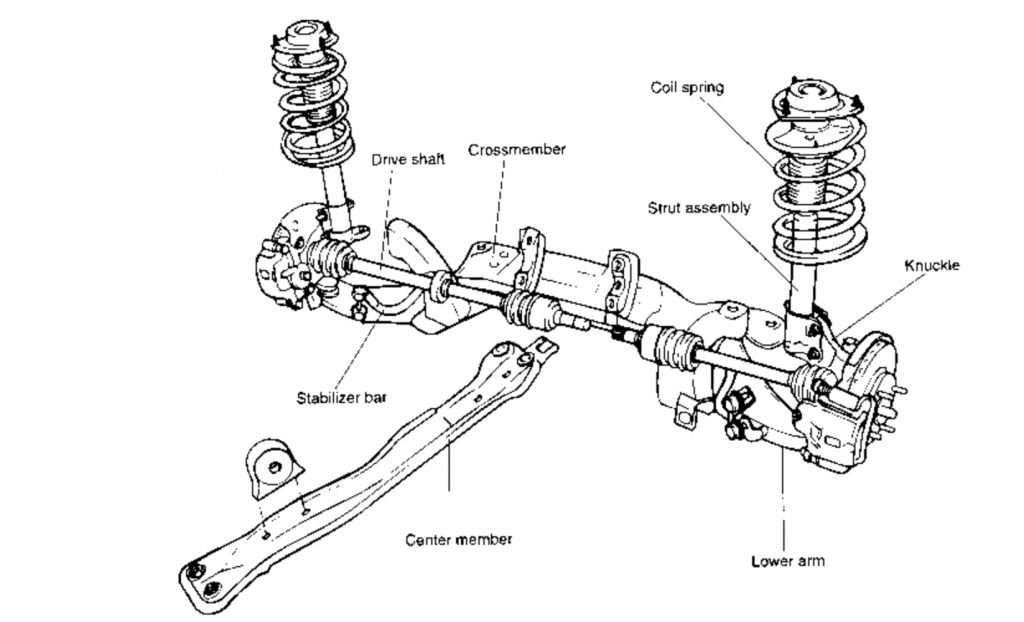 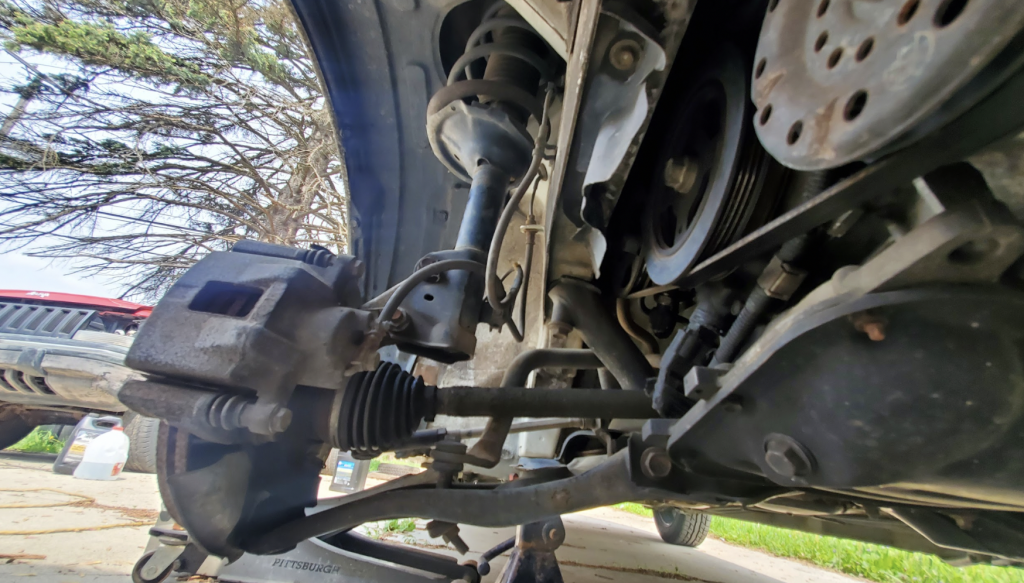 Here you can clearly see that while the top of the spring looks like it’s centered around the damper, the bottom is offset towards the outside of the car. Why is that? Clearly these OEMs have gone through a lot of trouble to make a large bottom spring perch and offset it from the center of the damper. Why would they go through all that effort? 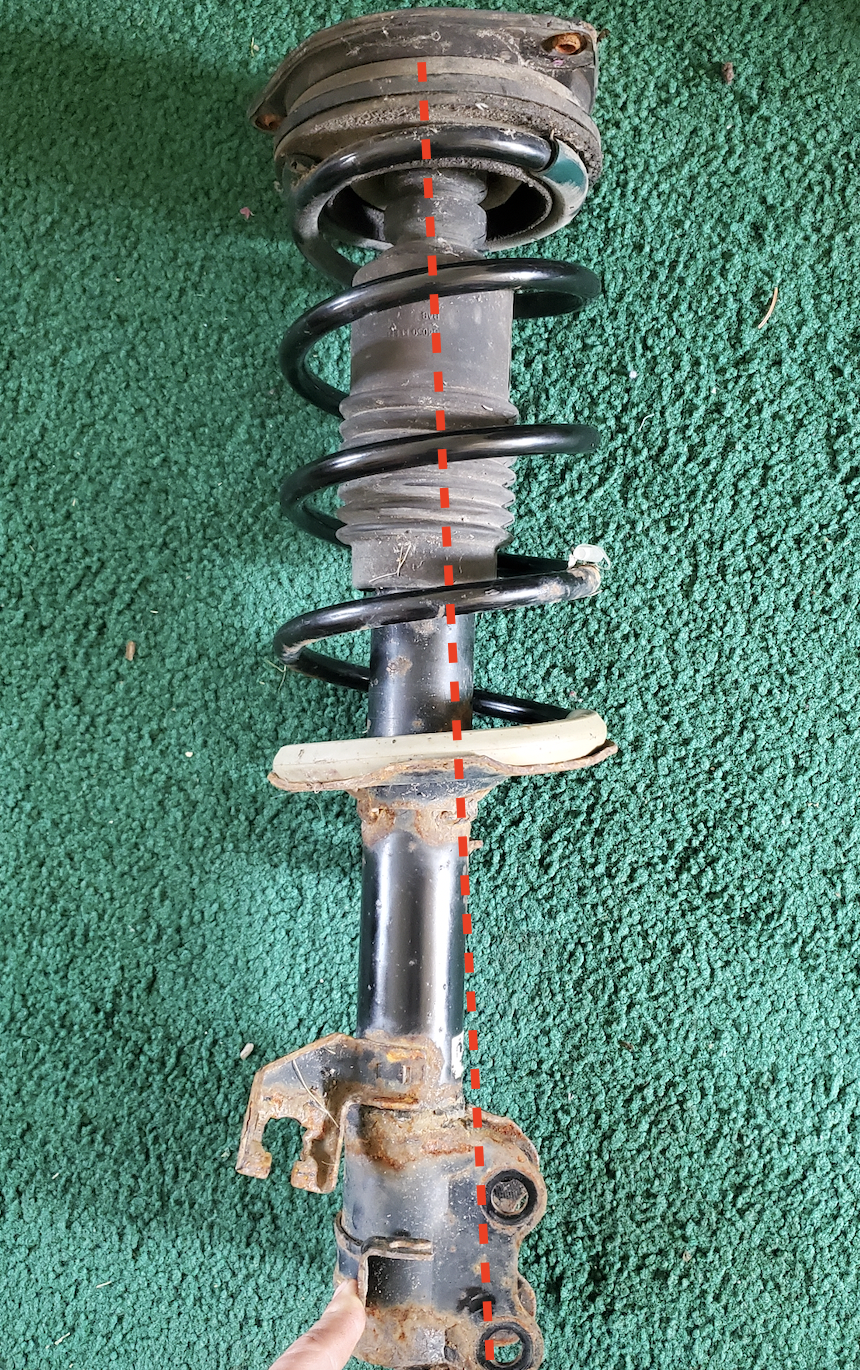 The reason has to do with friction — or stiction — in the damper. In a MacPherson strut, the damper is what keeps the wheel and knuckle from falling over under the weight of the car. If you don’t know what a knuckle is, it’s basically just a big, weirdly-shaped piece of cast aluminum or iron that rotates when you steer, and that carries the wheel and brake — it’s the part on which your suspension acts, as I’ve written before. 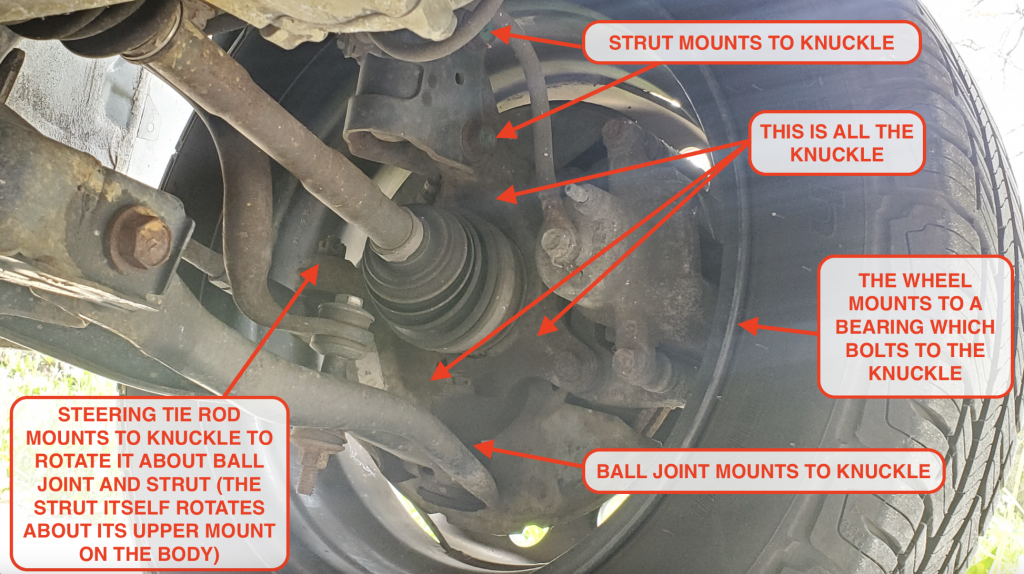 To stop the wheel and knuckle from falling over, the suspension has to push outward on the knuckle, and the damper is the part of the suspension that does that. Unfortunately, the same force that keeps the knuckle upright causes friction inside the damper. 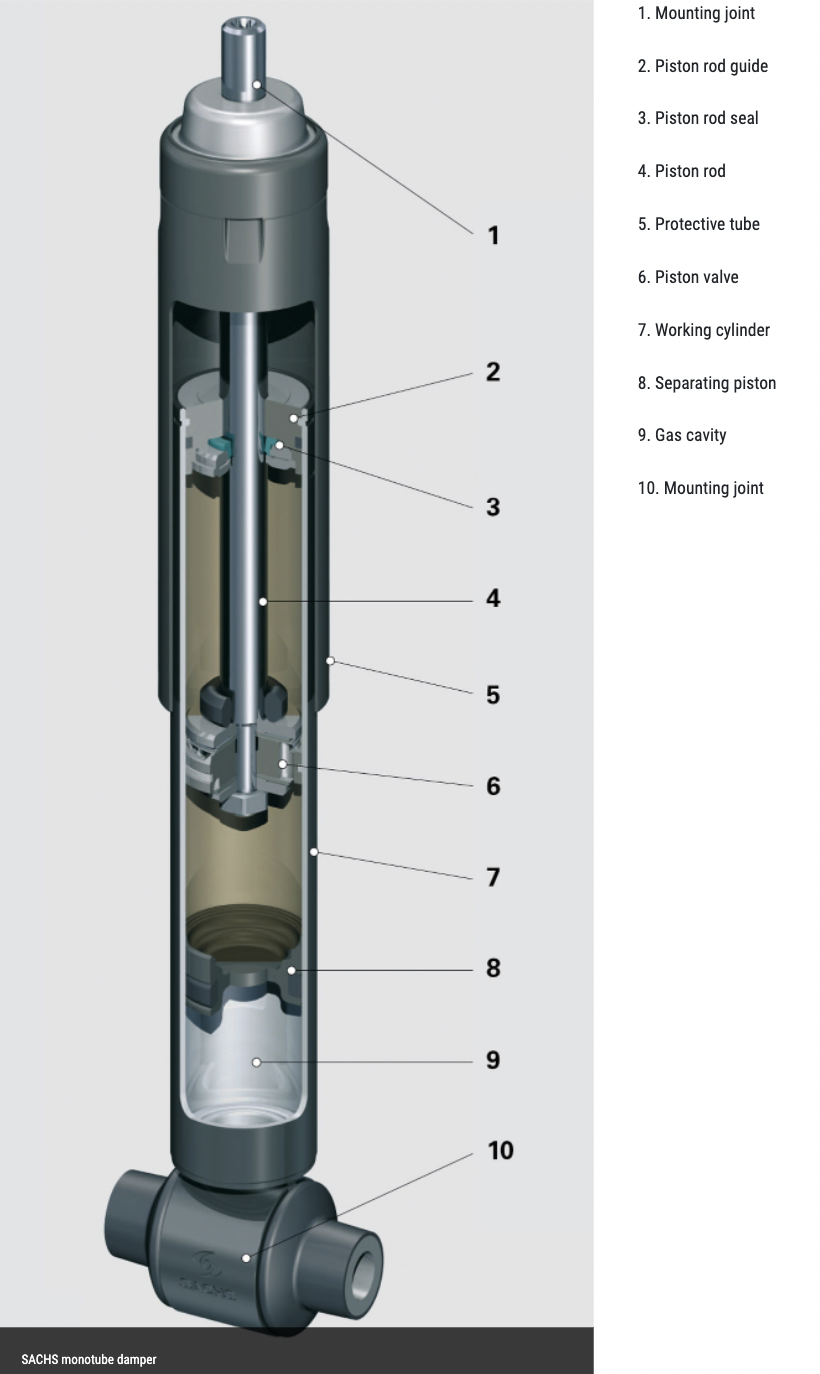 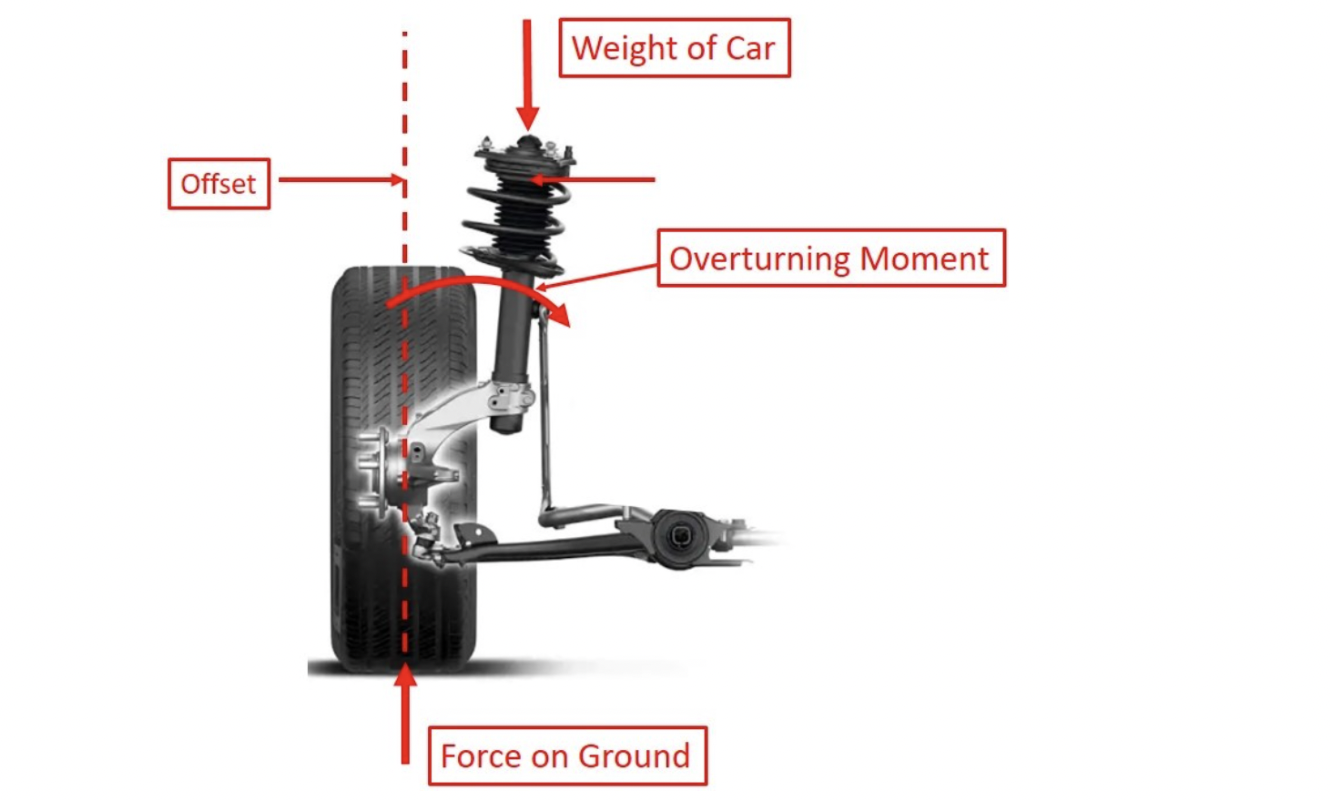 So what can we do about this? Friction in the damper is a bad thing so we want to reduce or eliminate it as much as possible. Fortunately there is a way. By mounting the spring at an angle, we can use the force of the spring to push outward on the damper at the same time as it holds up the weight of the car. Here’s how that works. 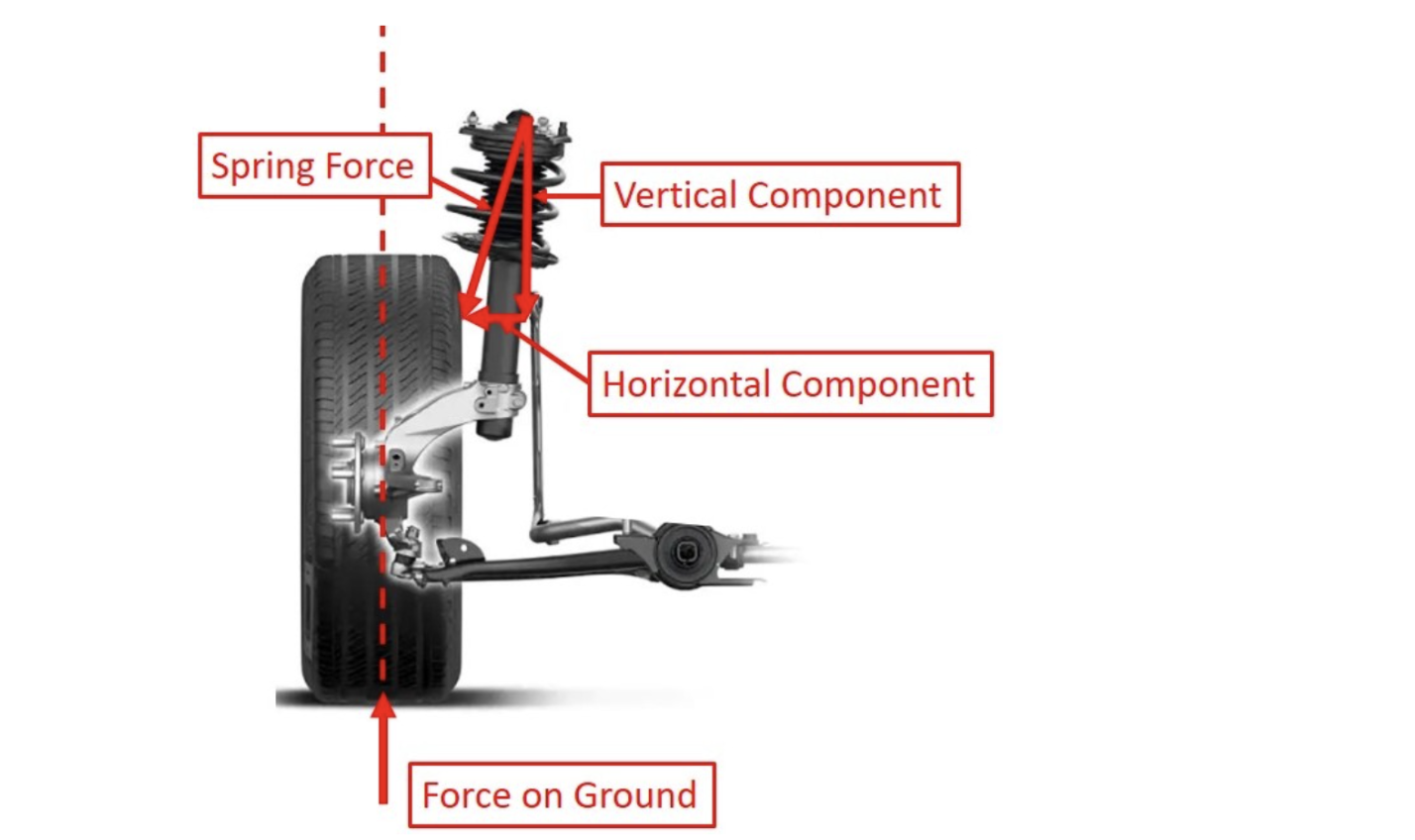 When the spring is mounted at an angle, part of the spring force is pushing down – the vertical component which holds up the weight of the car – but part of the spring force is also pushing outward – the horizontal component. This horizontal component pushes in the opposite direction to the force caused by the moment we learned about above and helps counteract its effect on the damper. The trick is to pick the angle of the spring so that it holds up the weight of the car and at the same time pushes back against the moment with exactly the right force so that all the friction in the damper is eliminated. There is a very easy way to figure out what this angle should be and the math that gets you there is not all that complicated. Graphically it looks like this. 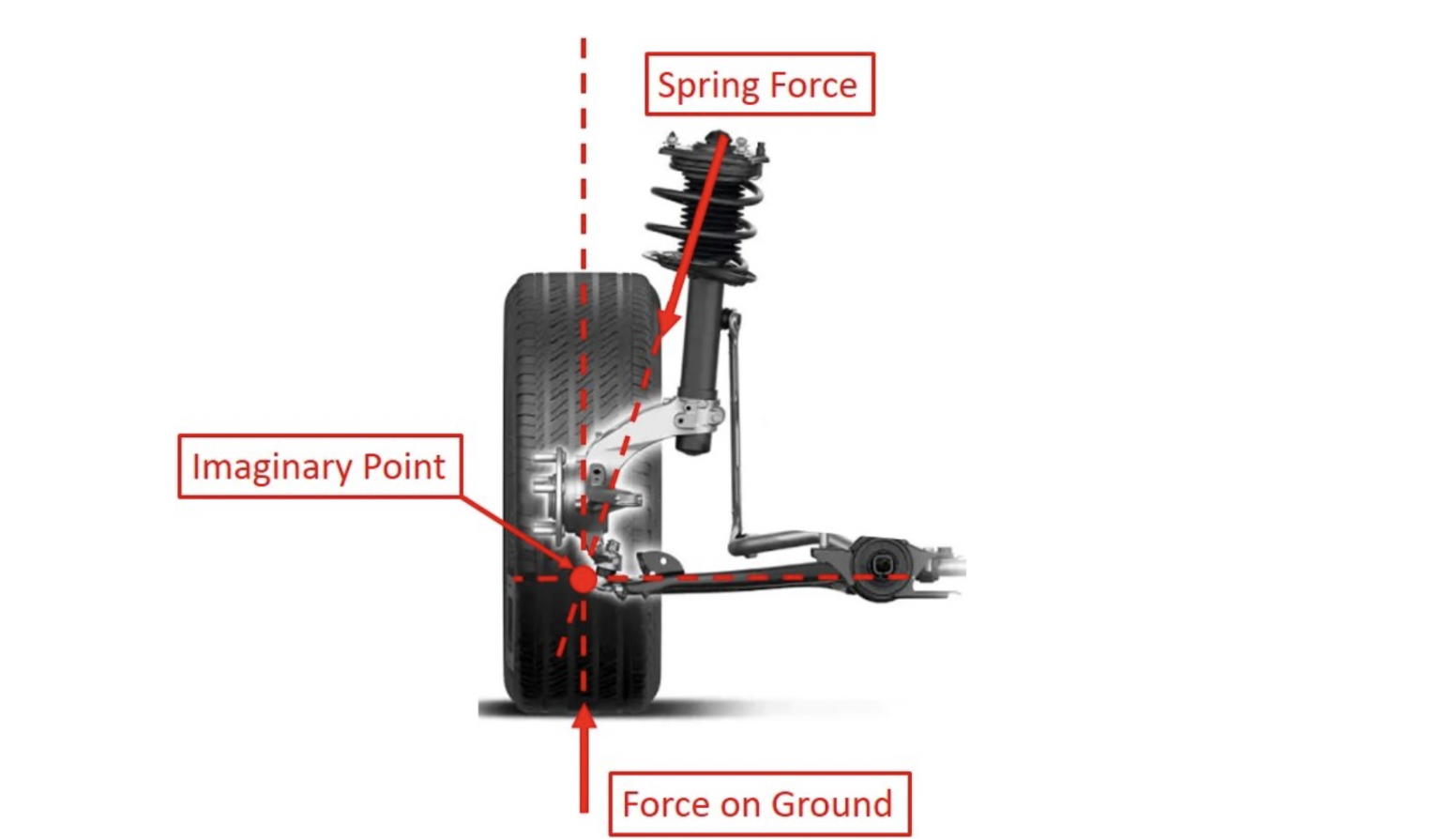 The centerline of the spring needs to point to an imaginary point created by the intersection of the centerline of the tire and a line going horizontally through the lower ball joint. If you do this then the spring will have a horizontal force component that equals the side-force on the damper created by the overturning moment and the friction in the damper will be eliminated. Notice that the spring is facing an imaginary point. It is NOT facing the lower ball joint although in most cars the difference is likely to be small. Modern cars have lower ball joints that are pretty deep inside the wheels and are close to the tire centerline but there is still a difference.

One last factor to consider. The angle of the spring force will only point to our imaginary point at one suspension position. As soon as the suspension moves up and down, the angle of the spring changes so it is important to pick an appropriate suspension position when setting the spring angle. In most cases this will correspond to the weight of the car with 1 or 2 passengers sitting in the front seats since that is the most common load most cars will be carrying. Under any other load, like a full load of passengers with luggage for instance, the spring angle will not be perfect and there will be some sideload on the damper, but this is unavoidable. Like everything else about cars, you hope you’ve made the best compromise possible. At least the effect of friction will have been minimized as much as possible.

If anyone is interested in learning more or getting into deeper detail, I highly recommend checking out “Race Car Vehicle Dynamics” by Milliken and Milliken. And if you have any other engineering questions, hit me at askanengineer@autopian.com.

I have been an automotive engineer for all 31 years of my career, mostly doing chassis design work. Some fun suspension projects I led: The 2005 Ford GT and 2012 Tesla Model S.
Read All My Posts »
PrevPreviousThe Renault Scénic Vision Is A Plug-In Hybrid Concept Car Like You’ve Never Seen Before
NextCold Start: Meet The Autopian Test CarNext