Facebook-f Twitter Instagram Rss
Menu
Menu
Home » 1962 Ford Fairlane or 1957 Imperial: Which Heartless Hulk Would You Find An Engine For?

1962 Ford Fairlane or 1957 Imperial: Which Heartless Hulk Would You Find An Engine For? 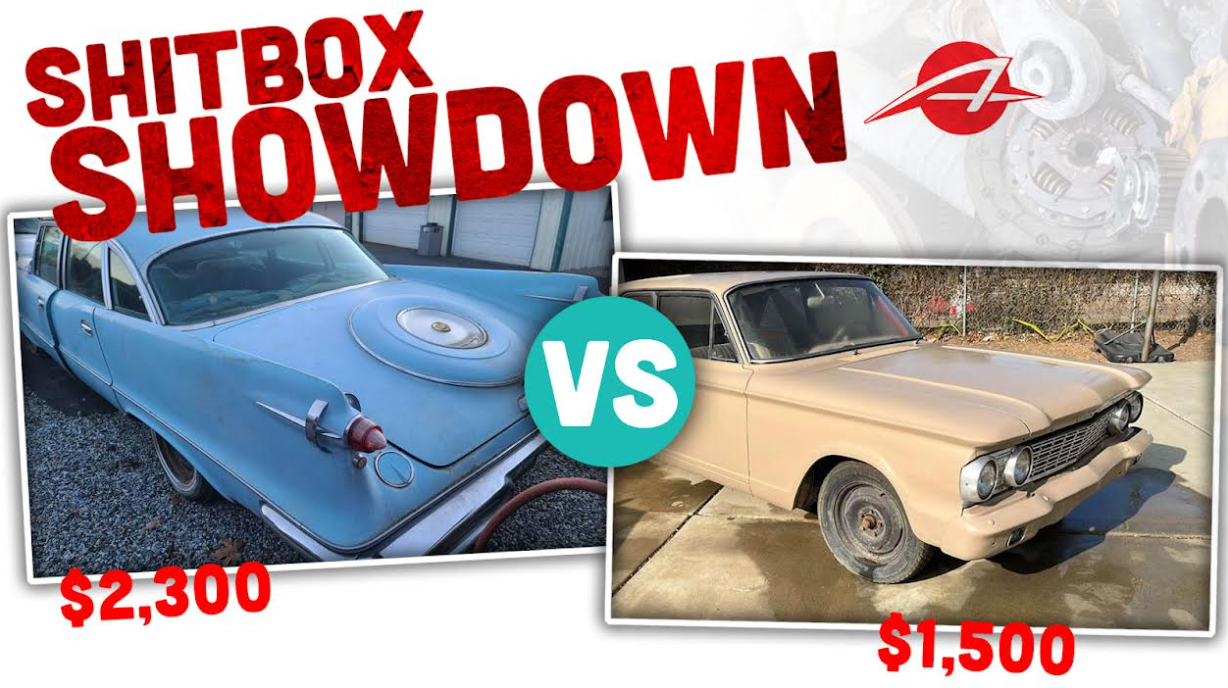 It’s our fourth day of project cars, and today we’re going to look at a pair of diamonds-in-the-rough that are both missing one crucial element: the engine — the beating heart of the machine. But before we kick the dry-rotted tires on these two, we need to settle up yesterday’s results:

Wow. I thought you all had more intestinal fortitude than that. C’mon, where’s your sense of adventure? Where’s that can-do spirit? Oh well, suit yourselves. If I throw out the chicken vote, it looks like the Range Rover takes the win, so it will move on to Friday’s bacchanalia of bad ideas.

Today you’ll need a good deal more gumption than that to make a choice. Today, you will need to take the most critical part of some other car and put it into one of these cars to make it complete. On this day we must choose an old car upon which to bestow new life. From this day to the ending of the world, but we in it shall be remembered, we few, we happy few, we band of… well, anyway. [Editor’s note: This is William Shakespeare’s St Crispin’s Day speech. I’m not sure how it’s relevant here, but let’s let Mark be Mark. -DT]. Let’s take a look at the cars. 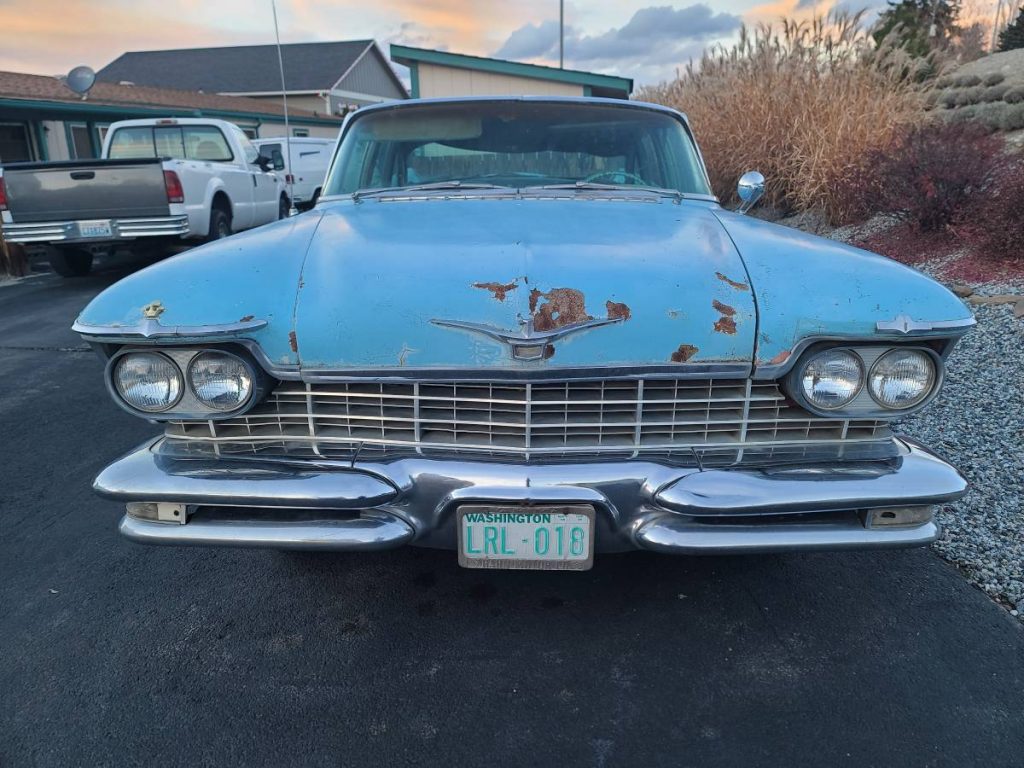 First, you’ll notice that the ad says “Chrysler Imperial,” but that’s not quite right. In 1957, Chrysler Corporation had five divisions: Plymouth, Dodge, DeSoto, Chrysler, and Imperial, which was split off from Chrysler as a separate marque two years earlier. So it’s a Chrysler, but it’s not a Chrysler, if that makes sense. This would have been the flagship of Chrysler’s lineup, designed to go head-to-head with Cadillac and Lincoln. 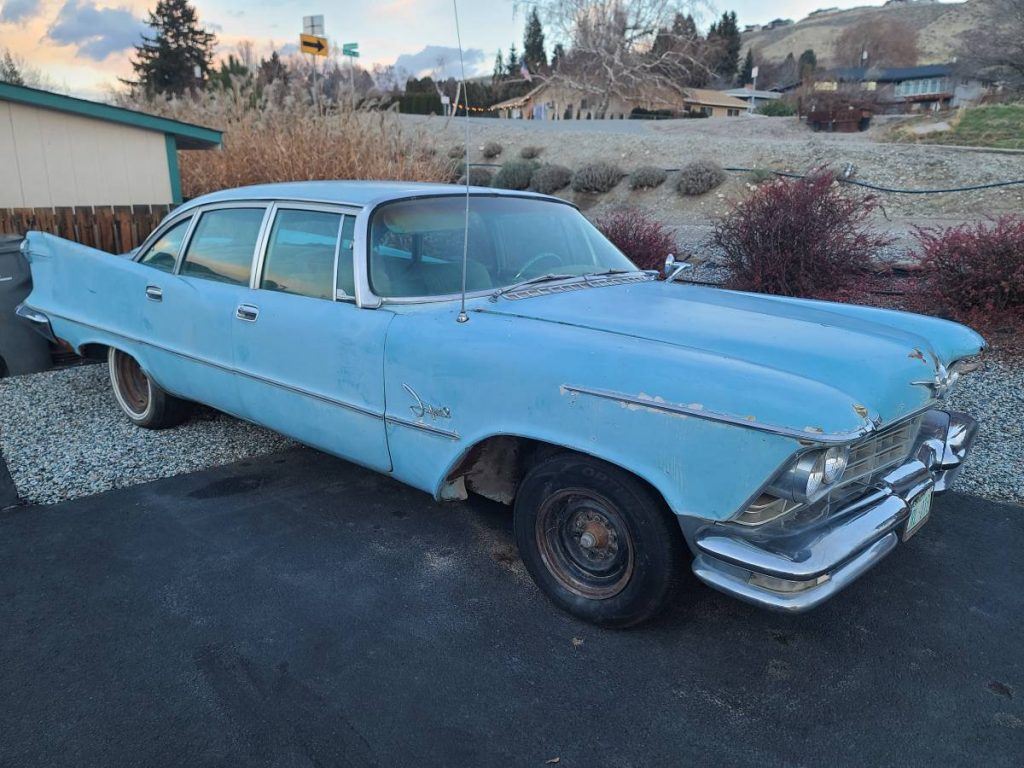 And let’s talk about that design for just a minute, because, well, look at this thing. It was created by automotive design demigod Virgil Exner as the crowning jewel of Chrysler’s “Forward Look” design philosophy. Exner gave a unique but familial look to each division’s cars, always pushing for longer, lower, wider, more futuristic shapes. His designs had style, weight, and unmatched presence. 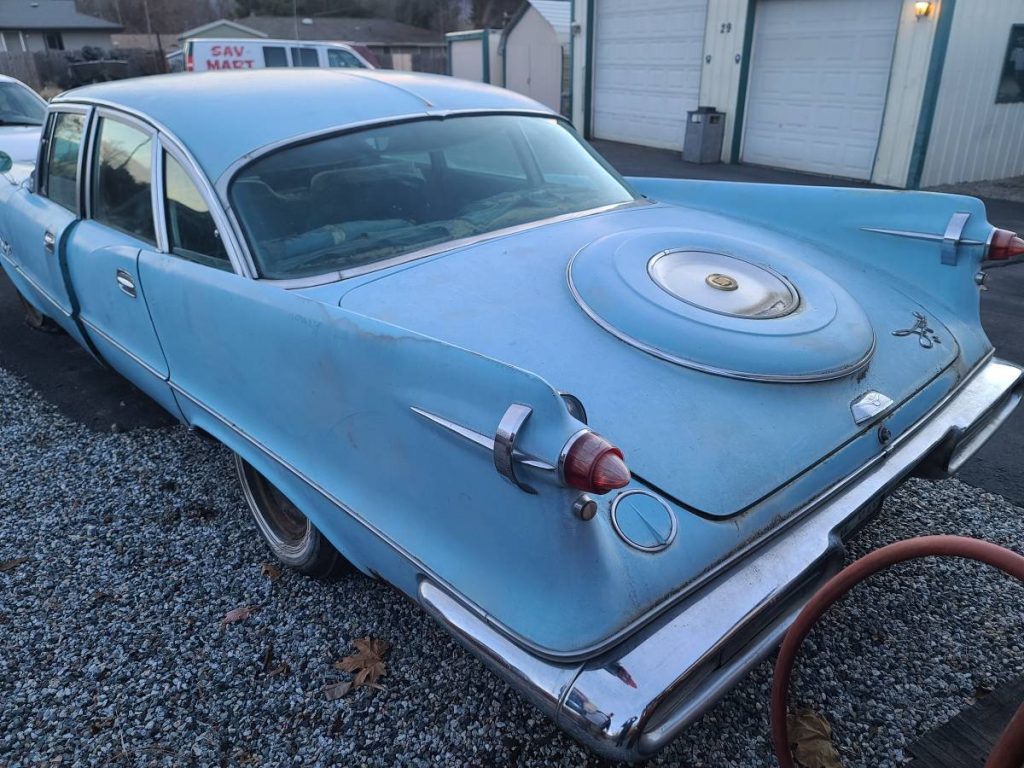 And OK, yes, one of the Forward Look cars got all possessive of its owner and turned into a homicidal maniac, but that was Stephen King’s fault, not Virgil Exner’s. 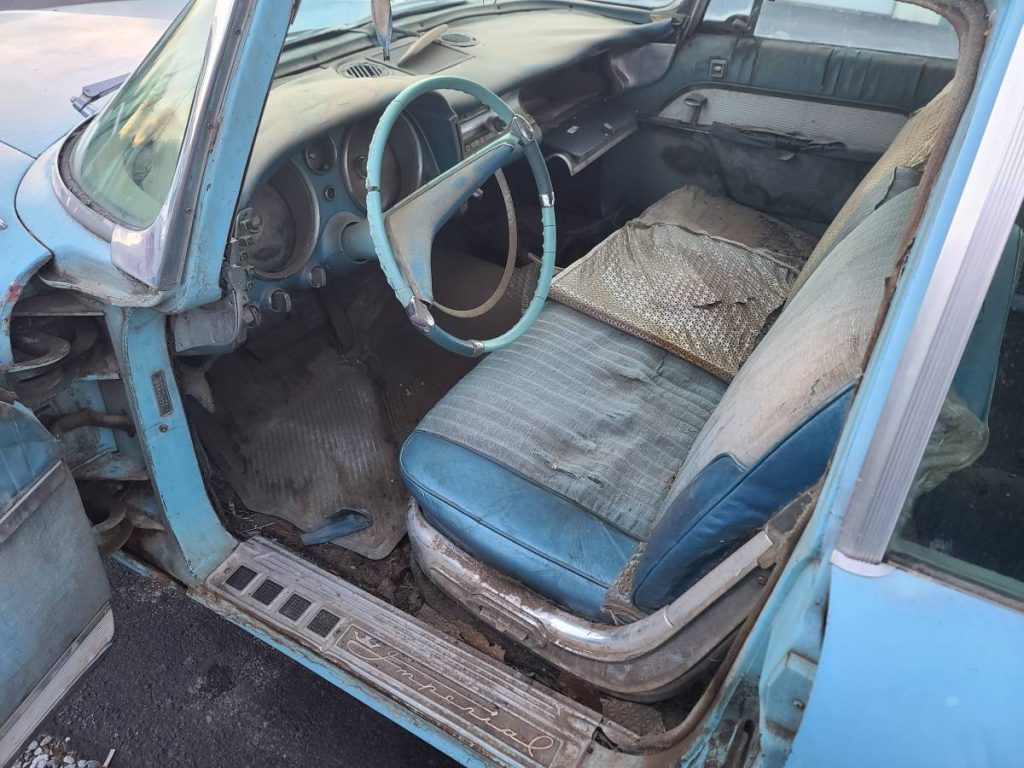 This particular car is missing its signature 392 cubic inch “FirePower” Hemi V8, but the rest of it looks remarkably good. You’d have to look underneath to be sure, but it doesn’t look rusty at all, which makes sense for a high desert car. It also looks complete in terms of trim pieces, which is important, because where the hell are you going to find them otherwise? My personal choice for bringing this beast back to life would be a modern Chrysler Hemi, preferably in the correct 392 size, but the push-button controls for the Torqueflite automatic would have to stay.

Drivetrain: none at all except the rear axle

Runs/drives? Um… how hard can your friends push?

For something a little plainer, cheaper, and a few years newer, we have this Ford Fairlane, which also seems to be listed incorrectly. The seller calls it a ’61 with a ’62 front clip, but looking at photos of dashboards of both years leads me to think this is all ’62, so that’s how I listed it.

The Fairlane was Ford’s midsized bread-and-butter car, slotting into the lineup between the compact Falcon and the larger Galaxie. It would have originally had either an inline six or Ford’s then-new Windsor V8, dubbed the “Challenger” at the time, and in this car it looks like there would have been a two-speed Ford-O-Matic (love that name) automatic transmission.

This Fairlane has had a lot of body work done already, which for someone like me who hates sanding and filling is a big plus. I’ll turn wrenches all day, but don’t make me fix dents and rust. The interior needs some help, but plenty of reproduction parts companies stand ready to take your money in exchange for new door cards and seat upholstery. And it looks like a lot of the exterior trim pieces are in the trunk, waiting until the final paint job is done.

Between the primer and the complete lack of a drivetrain, this car is a blank canvas. It’s not anything special or rare (which cannot be said of the Imperial) so you can build it pretty much however you want. Drop in a nice junkyard 302 and a C4 automatic, fix up the interior, give it a nice coat of paint, and it’d be a good summer cruiser. Or go hog-wild with the power and turn it into a vintage dragstrip beast.

Obviously, these are both serious projects, but both have the potential for greatness. Which one is a more worthy starting point for that hero’s journey is up to you. And please do comment any grand plans you might have for either of them.

Pacific Northwest-based self-taught DIYer of all the things. Current fleet: 1971 MGB GT, 1989 Chevy K1500, 2013 Chrysler 300C, 2003 Infiniti QX4, and 1966 Aristocrat Land Commander trailer. Not to mention about 40 RC cars and around 100 model kits...
Read All My Posts »
PrevPreviousCold Start: This Is Just A Fun-Looking Engine
NextHere’s A Detailed Tour Of One Of The Last Big, Rear-Engined, Air-Cooled Cars Ever: The Tatra T700Next