Welcome to a special edition of Shitbox Showdown — one in which the cars have been chosen by none other than our illustrious Editor-In-Chief himself, David Tracy. How did that transpire? We’ll get to that in a second. First let’s see how our Euro-trash cars did yesterday:

No surprise there. The convertible, manual Saab walked away with a comfortable win. The automatic Peugeot, when asked to comment on the loss, merely shrugged, lit up a Gitanes, and muttered something about Americans not knowing a good car if it bit them on the… well, anyway. Congratulations to the Saab!

But back to David’s dilemma. Here’s what happened: On Sunday evening, while I was cooking up a pot of Juila Child’s famous potato-leek soup, I received a cryptic email from David. The subject line said simply “Please Help Me!” and the message was nothing more than listings for two cars for sale. Curiously, neither of them were Jeeps.

Now, I wasn’t there, but I can imagine how this message came about: David, after a long day performing a differential diagnosis on a junkyard ZJ (you’ll be reading more about that later today), dozed off on the couch watching reruns of old Barrett-Jackson auctions. When he awoke, he had an epiphany – and a snack. In a Hot Pocket-fueled frenzy, he started looking up non-Jeeps for sale, realizing that he may have been selling the rest of the automotive universe short. He soon found himself in over his head, and in a panic, reached out to the first knowledgeable non-Jeep enthusiast he knew who wasn’t currently high on powderized taillight lenses: me. How could I refuse?

It’s okay, David. We’re here to help. Put down the timing light – slowly! – and we can talk.

So here, bewilderingly, are the two listings he sent me:

Runs/drives: Not currently; has been sitting in a garage for 8 years

Wow. What can I say about the ’82 Thunderbird that hasn’t been said before? Probably quite a lot, actually. I don’t think anyone has given these a second thought since Hart to Hart went off the air. [Editor’s note: Once again, I have no idea what this reference means. -DT]. The severely downsized eighth-generation ‘bird was only around for three years, and was not a sales success, to put it mildly. Coming at the tail end of peak-personal luxury coupe, this car was a dinosaur from day one, even though it rode on Ford’s relatively modern Fox platform. Ford lavished every bit of baroque ’70s styling they could think of on the new fun-size Thunderbird, and no one cared. 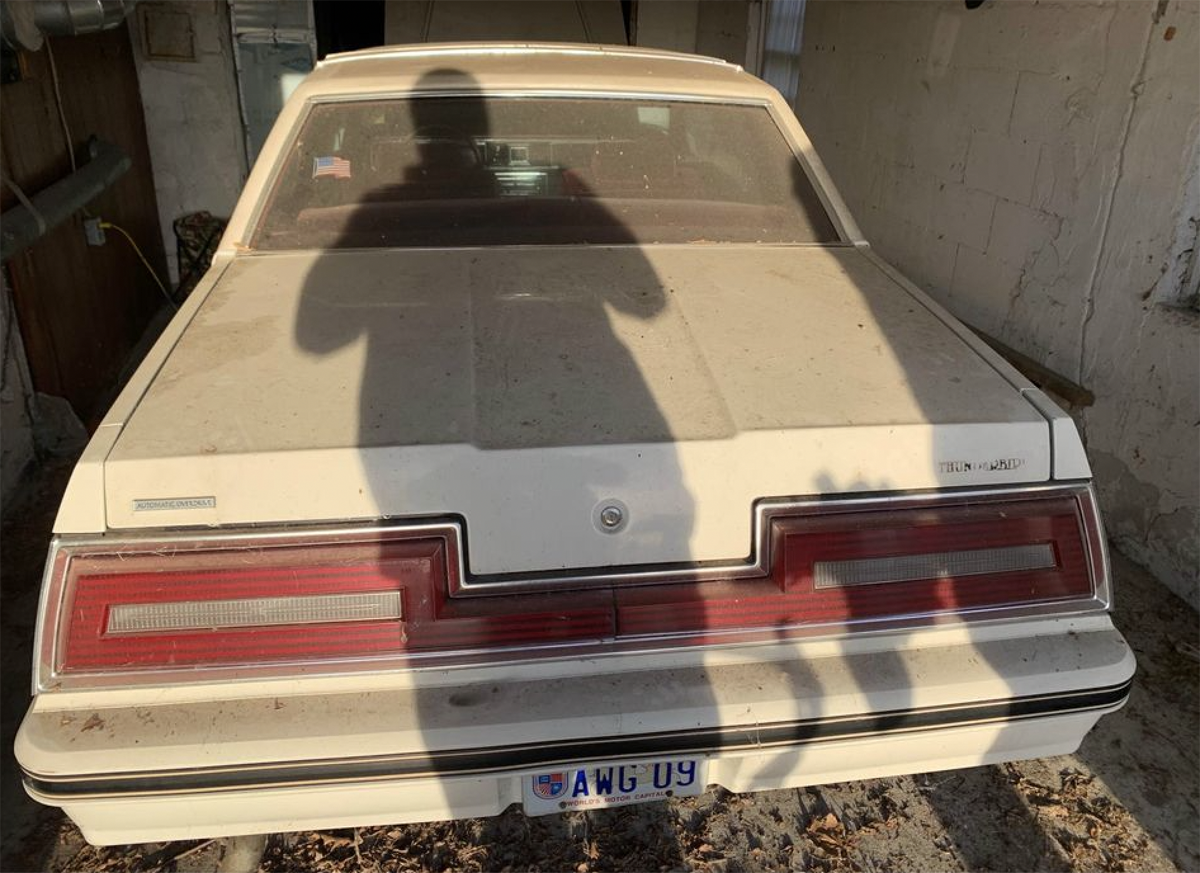 At least this one is a V8, though it’s also downsized, coming in at only 255 cubic inches. This stopgap lump fortunately only stuck around a couple of years, worming its way under the hoods of various Fox-platform cars, and, worryingly, a few F-150s. It spins a relatively stout AOD four-speed automatic in this car, and it probably could manage the bank-beauty salon-grocery store-home circuit well enough.

Overall, this Thunderbird doesn’t look awful. There is some rust, and some of it is in troubling locations, which may warrant further investigation. The interior, however, in true malaise-era coupe fashion, is glorious. If there’s anything better bolted to a car floor than cushy velour seats as soft as a good Barcalounger, I haven’t found it. 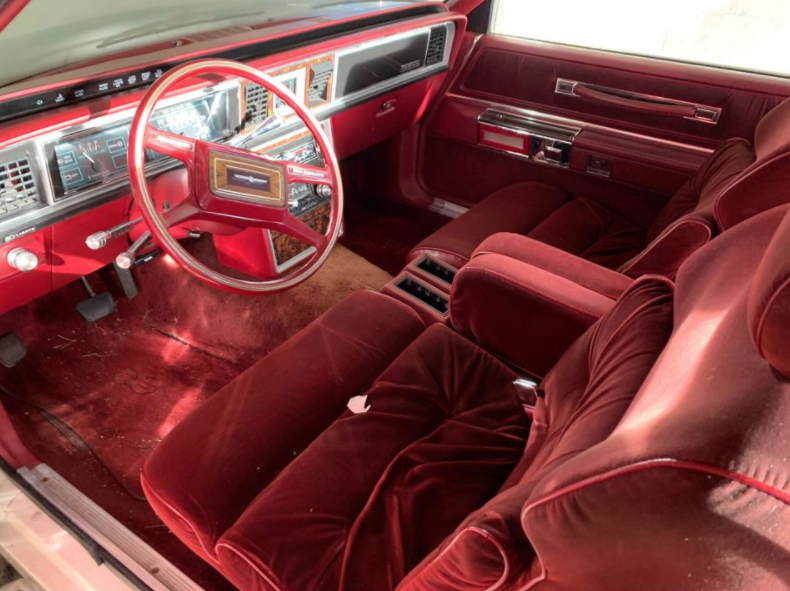 The 1982 Thunderbird also marks the first appearance of what has become a Ford signature: the five-button keyless entry keypad. And of course, there are those cool vacuum-operated hidden headlights, open on this car because I’m sure the vacuum that held them closed leaked out of the system ages ago.

Is it worth a full restoration? Hell no. Can you at least perform some hot-rod magic on that little Windsor V8 and make it purr? Nope, too many unique parts; you’d have to swap it for a more conventional 302. Would it be fun to revive and cruise around in as-is? Probably. Is it worth David’s time? That’s for you to decide. 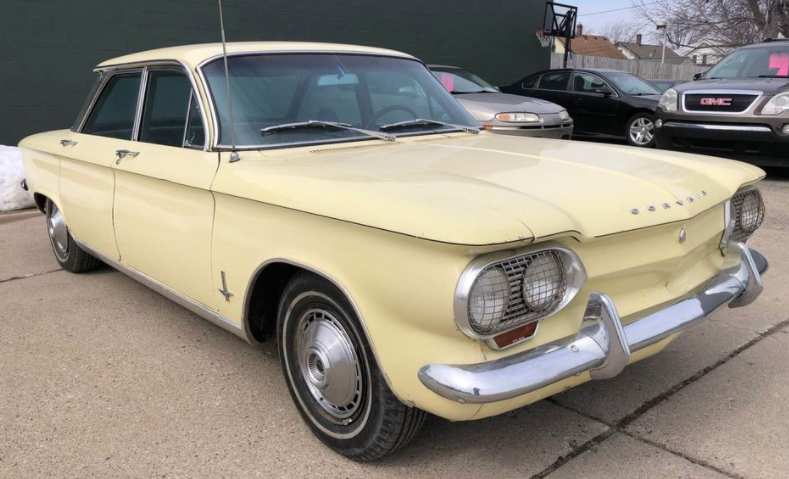 Runs/drives: Nope. Carbs are not installed.

One of the most famous “failures” in all of automotive history, the Chevy Corvair has been unfairly picked on its entire life. Some of the criticism was valid, of course – the reliability troubles of a completely new and untested platform, the unusual handling of a rear-engine car with a swing-axle suspension, and a voracious oil appetite gave the early models a reputation for trouble. And then there was that 1965 book that I won’t discuss, because the poor Corvair deserves some attention on its own merits for once. 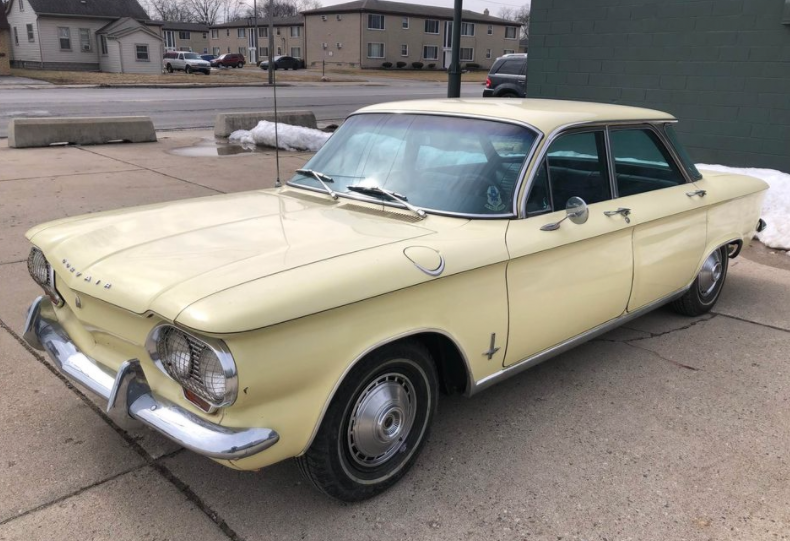 The Corvair did pretty well in the showroom prior to Unsafe at any Speed; this 1964 model is one of 215,000 Corvairs sold that year. And the “Monza” version, with more power and a four-speed stick, was the one to have, even in 4 door sedan form like this. Being a ’64, it also benefits from suspension improvements in the form of a front anti-roll bar and a transverse leaf spring at the rear, both intended to quell the Corvair’s tail-happy tendencies, as well as new valve stem seals to help slake its thirst for oil. 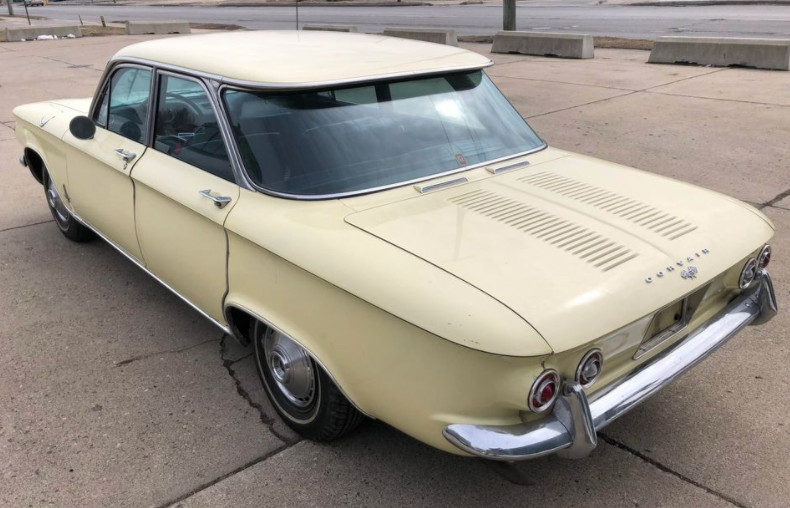 This particular Corvair looks, well, pretty damn nice. The black interior is in great shape (it should be, with only 56,000 miles) and goes well with that butter-yellow paint. Those headlight rock guards are killing me. I just love them. And it has the best of all possible gear knobs: a plain white ball. 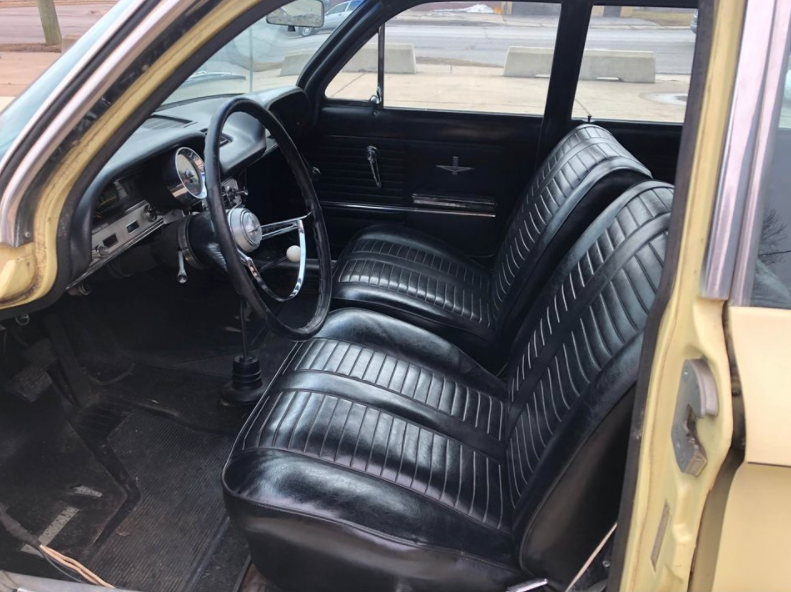 There is some engine work to be done before David could enjoy the view over that hood, though. The carburetors (there are two) are not installed, and it isn’t clear why not. A rebuild of both carbs is likely in order, and then there is the arduous process of tuning a twin-carb engine, which in itself is worth some gearhead cred once complete. 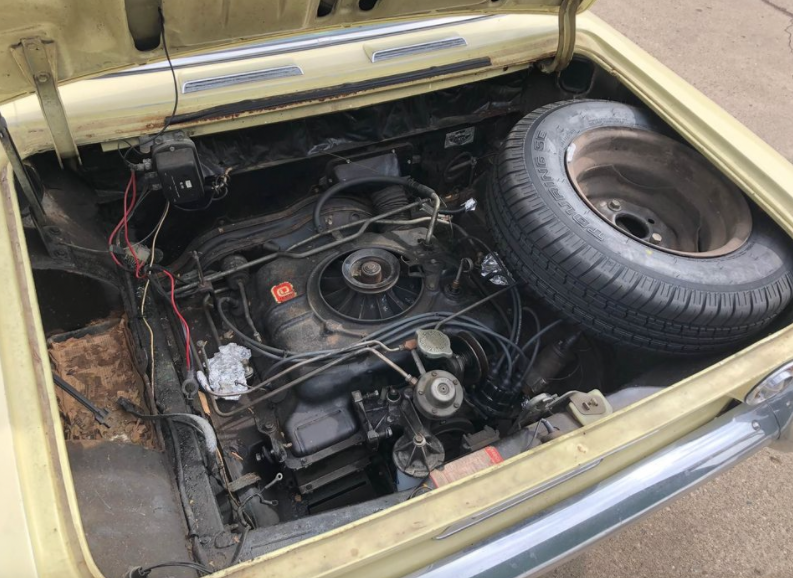 It should be noted that this car is well outside our normal price cutoff of $2500, but since the listing came from David, I have no qualms about suspending that rule just this once. And really, this car, for $3700, even with some engine assembly required, seems like a hell of a deal. But it is more than twice as much as the Thunderbird.

And there you have it. I don’t pretend to be an expert when it comes to either of these cars, but I hope I have been able to shed some light on them for a guy whose automotive landscape consists of “Jeep” and “Other.” Now talk amongst yourselves, and determine which one looks like a better choice.