It’s a commonly known fact in the collector car world that if the top goes down, the price goes up. At the same time, the other rule of thumb is as the number of doors increases, the price of a car actually drops. Typically, a sedan will be worth significantly less than a coupe, and before wagons became cool you would almost need to pay people to take them off of your hands. However, that is not the case in every part of the world.

This fact became the topic of discussion a little while back on the platform that truly delves into the depths of automotive minutia: the Autopian Slack channel. Here, the website staff feverishly takes on topics like frunks and OEM wheels when admittedly we should be writing posts. Preparing a posting about an Australian Cars & Coffee that David had attended, he mused about how there is an acceptance and possibly even a preference for four doors down under:

Was that a command? I couldn’t tell, and nobody responded, but I assumed I might be the one that had to take a look since a.) I do that sort of stupid Photoshop crap and b.) if boomer muscle car fans get mad about messing with their sacred cows they can type angry U AR GONNA GiT IT BOY GoBBLESS messages but I’m anonymous so good luck finding me.

Anyway, as David noted, in Australia four door muscle cars don’t just exist but they are highly revered. This respect came the hard way as well; sedans competed and emerged victorious in grueling races like Australia’s own Bathurst 1000 or the World Cup Rally.

That’s right- the Targa Florio stickers on that Leyland P76 below aren’t like LeMans logos on a Pontiac. A P76 competed in the 1974 World Cup Rally and won the Targa Florio section and placed 13th overall; this from a car with a trunk sized to accommodate a 44 gallon drum.

(Freaky Jason Detail Alert! The P76 is like most seventies Australian cars in that it has no separate backup lights; the amber rear turn signals illuminate simultaneously when you put it into reverse). 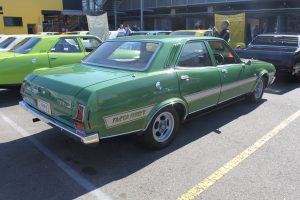 The Bathurst 1000 is sort of like Australia’s Indy 500, if the Indianapolis track was four miles long, had 23 turns, and changed elevation nearly 600 feet. This intense race has very often been run in four door saloon cars, and the late Peter Brock won it nine times. Brock had a road version of the 1985 Holden Commodore VK HDT Group A he competed in, and this daily driver of his sold recently for $1.057 million Australian. However, even without celebrity history, the sale price of a car would likely still be stratospheric. 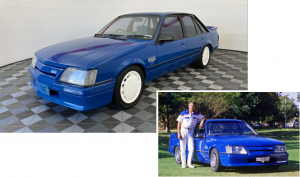 Arguably the Holy Grail of these four doors is the Ford Falcon GT HO Phase III from 1971. It came about its notoriety from what is considered the most famous photo ever to appear in Wheels, the Australian car magazine. The journalist and photographer (in the back seat) had overslept; they needed to get the Phase III press car back to Melbourne, 200 miles away, in two hours.  They pulled into Ford HQ fifteen minutes early; that’s the needle of the speedometer on the right nudging past 140 miles an hour. 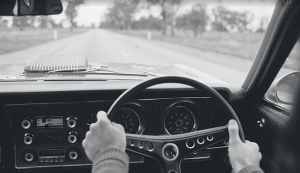 Despite looking a bit like the Falcon your Great Aunt Jane used to drive to Grace Methodist Church every Sunday, the GT HO was reportedly rock steady at that pace. Mad Max antics like that helped to push this thing into legend status. Legends don’t come cheap, and even without any celebrity provenance whatsoever an example sold not long ago for $1.3 million Australian. 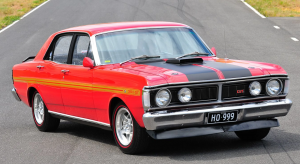 Why are Americans so averse to hot sedans? Do four doors really mean mom-and-the-kids? Does the performance suffer that badly? The competition victories in Australia say no. What about appearance? I’m not going to lie and say that there isn’t a sleekness to two doors, but would adding four doors to some muscle car icons really kill them, or their fans? Let’s Photoshop a few and take a look at, say, a 1969 Charger and a 1969 GTO: 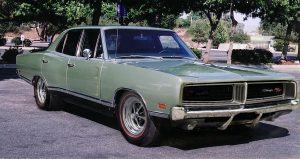 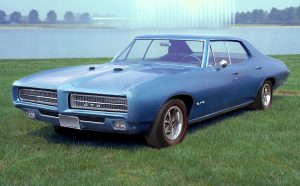 Well, nobody died, right? I think neither of these look too bad. In fact, the mock GTO in the picture below is NOT a Photoshop but a Real Thing. The builder took some serious liberties with his creation but the end result is, to my eyes at least, pretty damn nice. 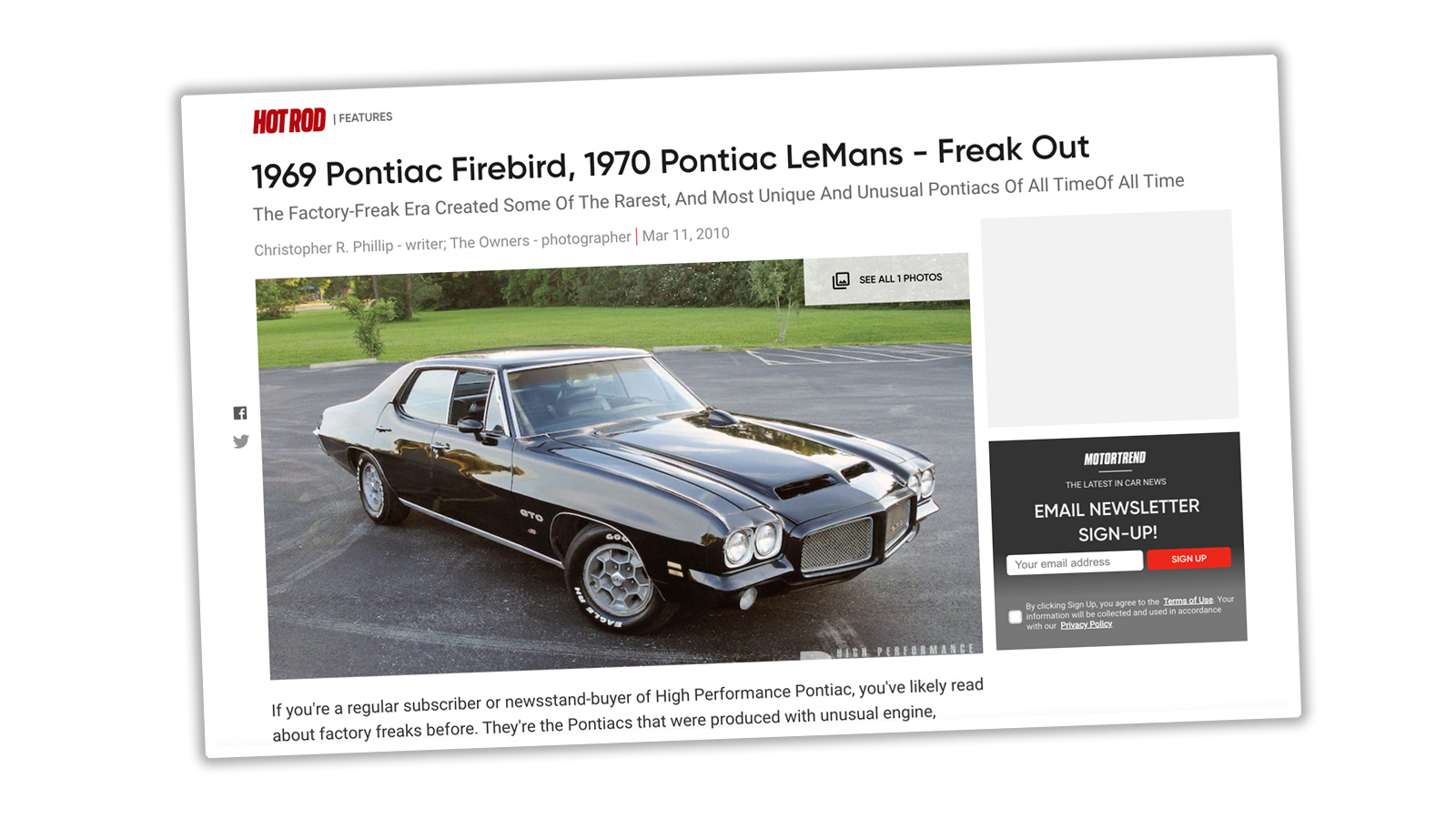 I’m all in for making four door versions of these famous cars, even today; it isn’t a difficult task to do since mechanical upgrades and front clips typically just bolt on regardless of the number of doors on the passenger compartment. Purists will scream but, if we can just throw build sheets and Marti reports out of the window for a moment, why can’t we make it easier for the whole family to enjoy the smell of burning tires?

Can we finally be like our friends down in Oz and accept four doors as serious street machines? Think you’re too cool to drive a muscle sedan? Come back to me when you’ve won as many Bathursts as Brocky, mate.