Aged Burgundies That Won’t Leave You Marooned: 1988 Honda Accord vs 1989 Toyota Camry

All right, all right: You’ve put up with some real nightmares from me recently. Time for some less frightening cars. Today we have a pair of Japanese mid-sized sedans that are both more than old enough to drink, which is convenient, because they’re both wine-red.

But first, let’s see which stray you took in yesterday:

Yep, that would be my choice too. I don’t expect that Fiero to stick around long; it’s a great cheap project that could be really rewarding for the right person. The BMW, well… as one commenter reminded us, “There is no such thing as a cheap BMW.”

All right. Let’s look at something nice and reliable. In the 1980s, while Ford was introducing us to the Taurus, GM was GMing, and Chrysler was still wheezing out K-cars, two Japanese four-doors were quietly taking over the US. First came the Honda Accord, which sold like hotcakes but the early ones dissolved like wet tissue paper, and then Toyota came along with the Camry, a dowdy but undeniably practical car that quickly gained a reputation for competence and longevity. The two battled it out for decades, and they’re still at it today, though both now take a back seat to their respective companies’ crossovers.

These two – the third-generation Accord and second-generation Camry – are the ones that really took off and filled suburban driveways and parking lots at a staggering rate. Choosing between them, then as now, comes down to the little details. Let’s dig in. 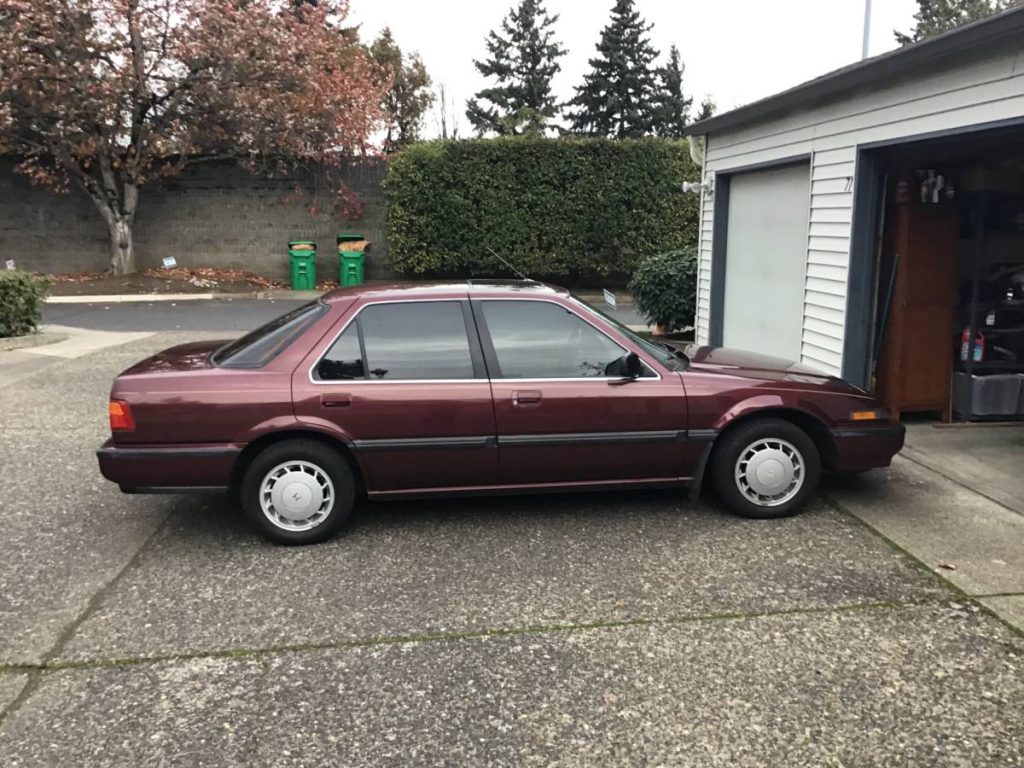 The third-generation Honda Accord is, to me, just about the ideal everyday car. Not too big, not too small, efficient, comfortable, not a complete snooze to drive, good-looking, reliable, and durable. It just does everything well, and it’s a four-door sedan with pop-up headlights. I mean, come on. 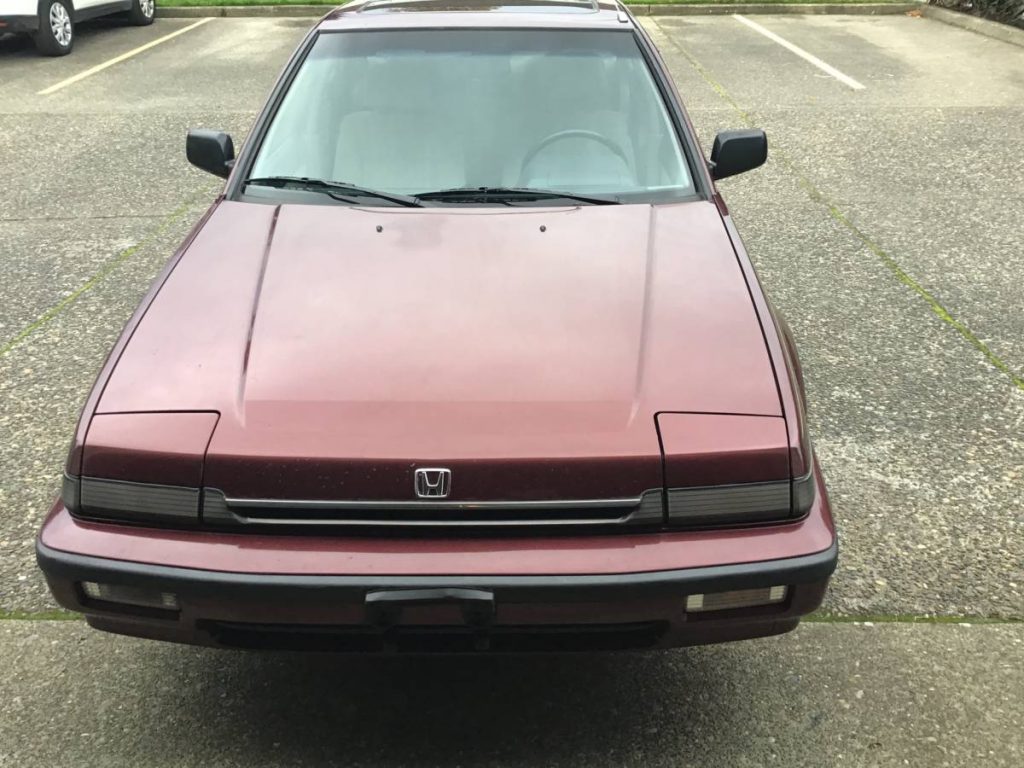 Even better, this is the LXi model, which features a fuel-injected version of Honda’s A series engine. Carbureted Accords are plenty reliable as well, but if you can choose the easy starting and drivability of electronic fuel injection, always do so. This Accord is an automatic, which I know will immediately cause a number of readers to reject it out of hand, but cheap manual Hondas that haven’t been mangled by the Fast & Furious crowd are getting harder to come by, and personally I choose condition over pedal count. 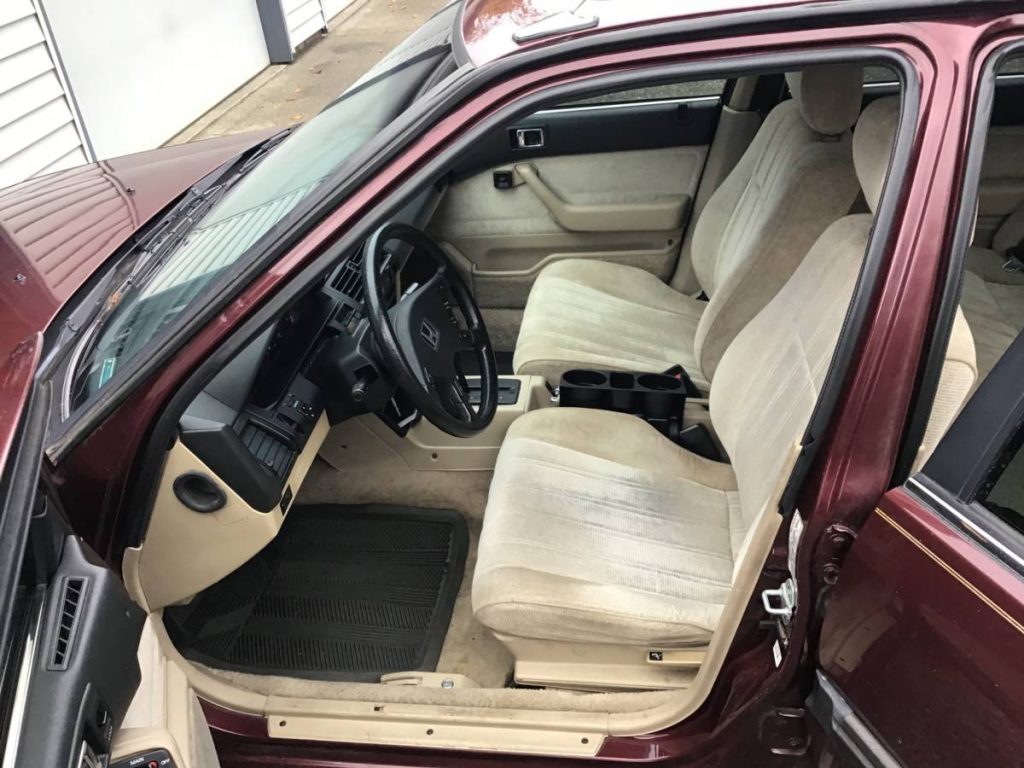 And this car is in nice condition. Suspiciously nice, actually; either there’s something wrong that the seller isn’t disclosing, or they have no idea what it’s worth and someone is going to score a hell of a deal, possibly by the time you all are reading this. It does have dealer plates on it in the photos, though, so a good thorough once-over is mandatory. 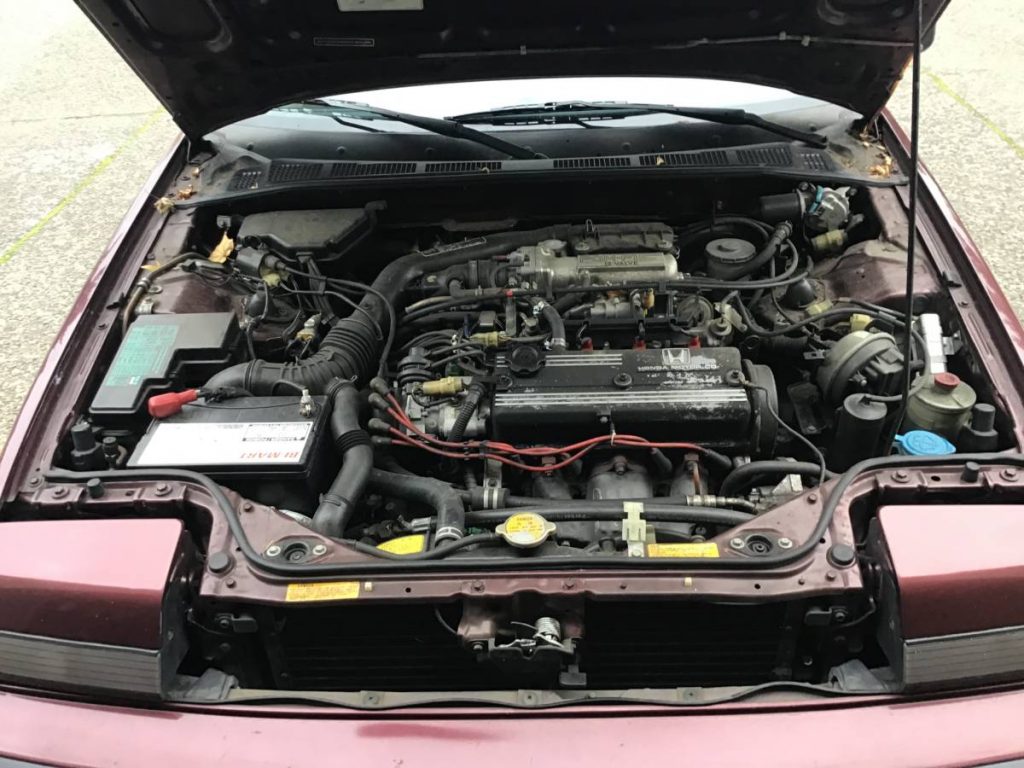 But if all is as it seems, this is a screaming deal. Hell, if I weren’t flat-broke at the moment, I’d be looking at it myself; this is a whole lot nicer than my beat-up Corolla. 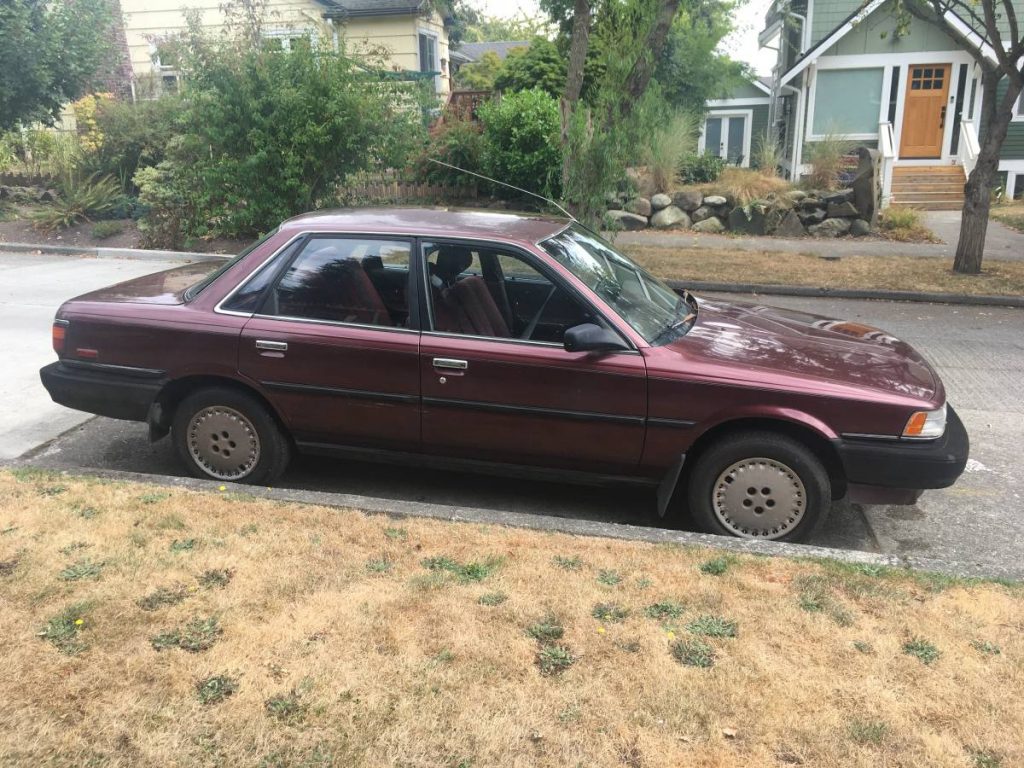 As nice as that Accord is, however, this is Shitbox Showdown. I can’t just show you one car and call it a day. Luckily, a natural competitor to the Accord is also available nearby, for close to the same price, albeit with more miles. So here it is, the car that needs no introduction: the Toyota Camry. Love it or hate it, it has been part of the American automotive landscape for 39 years now, and will remain so for a long, long time to come, because a new one sold today will probably still be on the road 39 years from now. 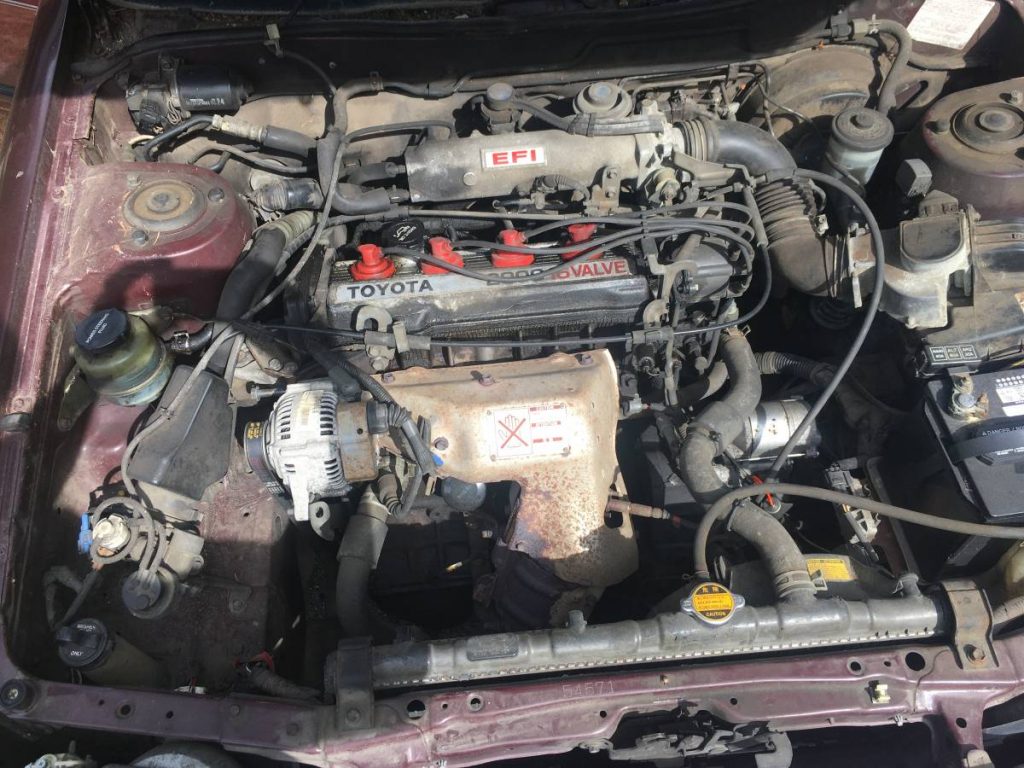 The second-generation Camry features Toyota’s essentially eternal 3S-FE four-cylinder, displacing 2 liters. Despite its seemingly racy twin-cam spec, this is a workhorse engine, perfectly happy to live out its days sending power through an overdrive automatic transmission, as in this car. The transmission in these has a switch to choose between two shift modes, labeled “PERF” and “NORM,” for Performance and Normal. It’s telling that Toyota used the term “Normal” to denote the everyday mode, rather than “Economy” or something; it’s as if they’re saying that wanting more performance is somehow abnormal. 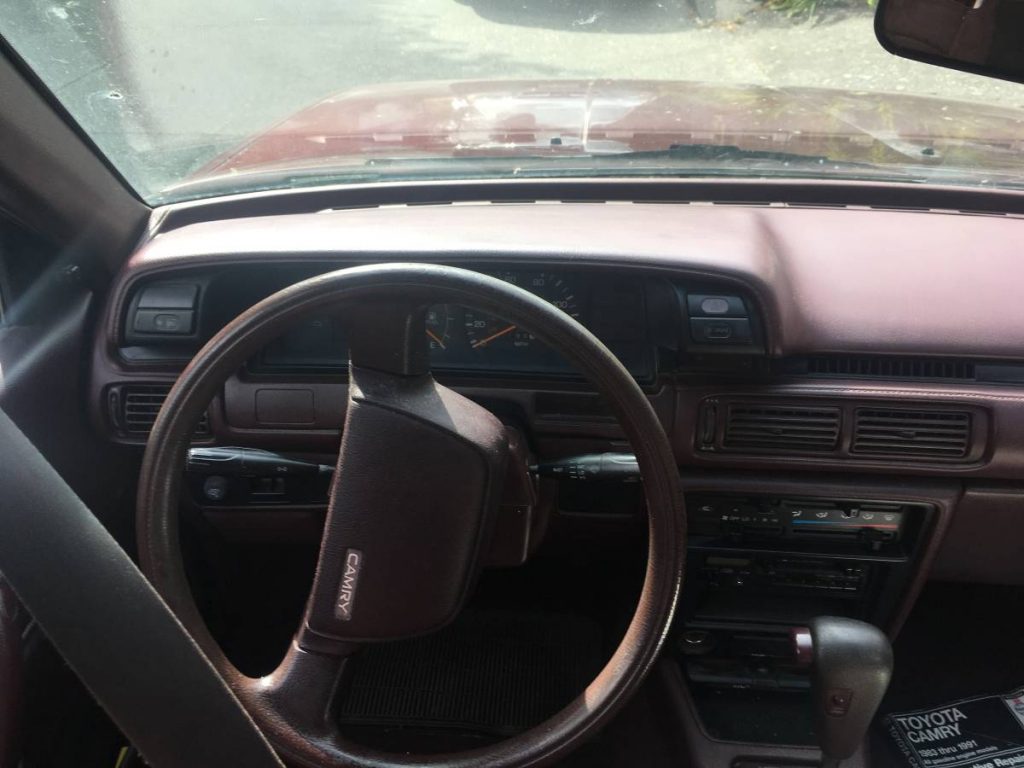 Boring or not, a Camry of this vintage is a consummate daily driver, every inch the equal of the Accord, and possibly a bit more comfortable and smooth-riding. Toyota’s design department in the ’80s definitely took “form follows function” to heart; the Camry’s interior works, but not with any flair. And sadly, it also has these monstrosities to deal with: 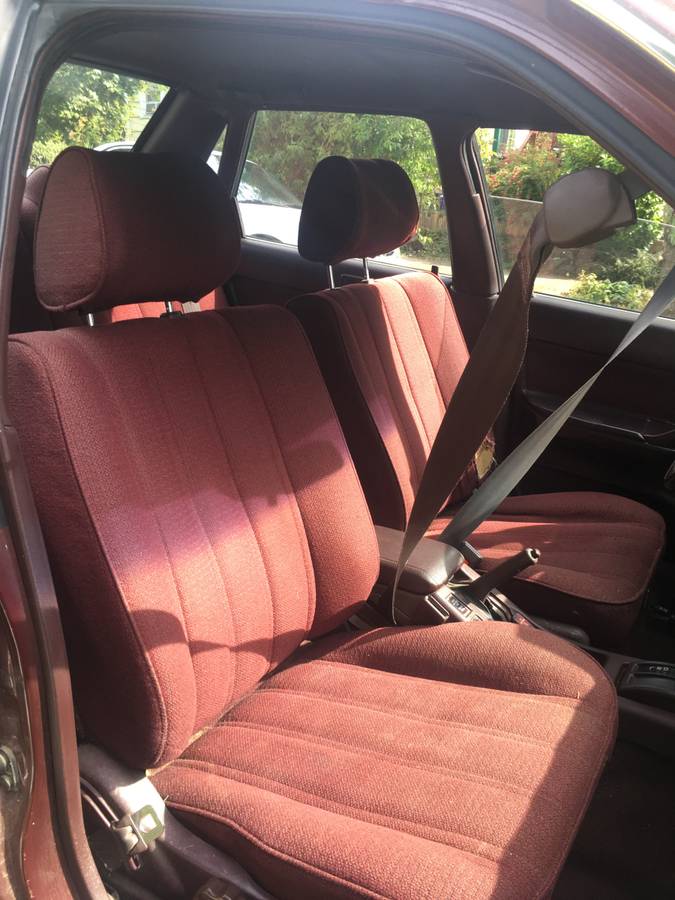 How do I hate thee, motorized seat belts? Let me count the ways.

Really, passive restraints aside, you can’t go wrong with either of these cars. The Camry has a ton of miles on it, but still should have a good chunk of service life left. The Accord has fewer miles, but even here on the west coast, it should be checked carefully for rust, Honda’s Achilles heel. These two rivals are very similar; I fully expect a few “they’re the same picture” comments, but boring competent cars do most of the heavy lifting when it comes to the simple business of being a car. They deserve a little respect for that. These two have aged well; it’s up to you which one to add to your collection.

Pacific Northwest-based self-taught DIYer of all the things. Current fleet: 1971 MGB GT, 1989 Chevy K1500, 2013 Chrysler 300C, 2003 Infiniti QX4, and 1966 Aristocrat Land Commander trailer. Not to mention about 40 RC cars and around 100 model kits...
Read All My Posts »
PrevPreviousThe Russian, The Witch, And The Oldsmobile: Cold Start
NextStellantis Wants You To Buy A Subscription For Its Cars. Minor Detail: Stellantis Is Running Out Of CarsNext