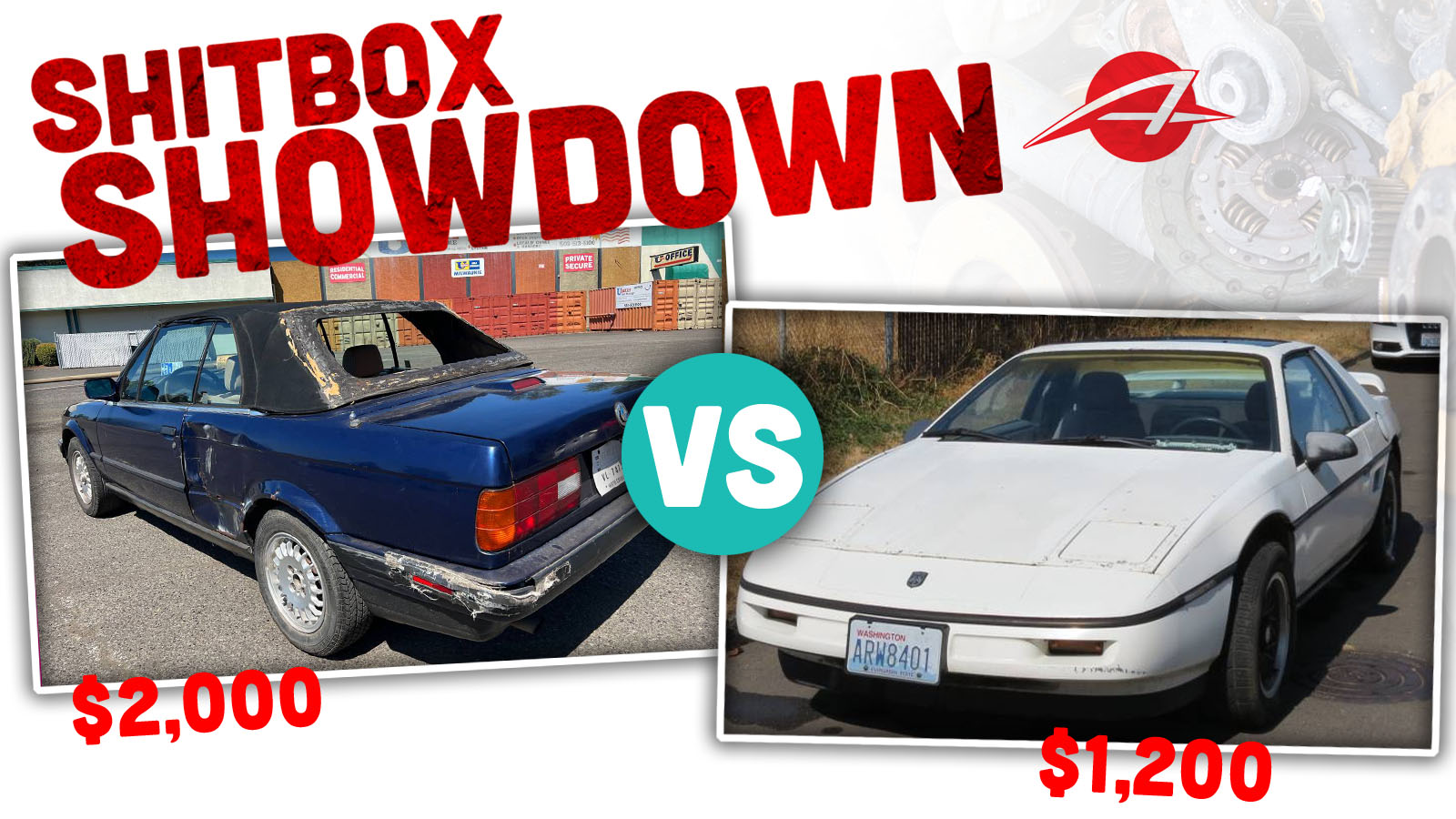 When you’re looking at inexpensive cars for sale, and you come across something that seems too cheap, you can guess before clicking on the ad that it either a) is a scam, or b) has been mightily abused. There is absolutely no point in us ever looking at the former, but the latter is right up our alley. Today’s cars definitely fit that description. Before we get to them, though, let’s look at the results of our grandpa sedans from yesterday:

Well, color me surprised! I fully expected the Northstar to scare more of you away. Apparently the only thing scarier than a Northstar is rust.

Some cars, when you see their listings, you just feel sorry for them. They’ve obviously led hard lives, full of abuse and indifference, and it’s one thing if the car in question is a Subaru Outback or something that no one really cares that much about. But if it’s an uncommon mid-engined sports car, or a highly-sought-after European compact, you want to reach out to them. You hear Sarah McLachlan singing quietly in the background, and your heartstrings get a good solid tug. Every day, good cars get abused by bad owners. Won’t you help them? 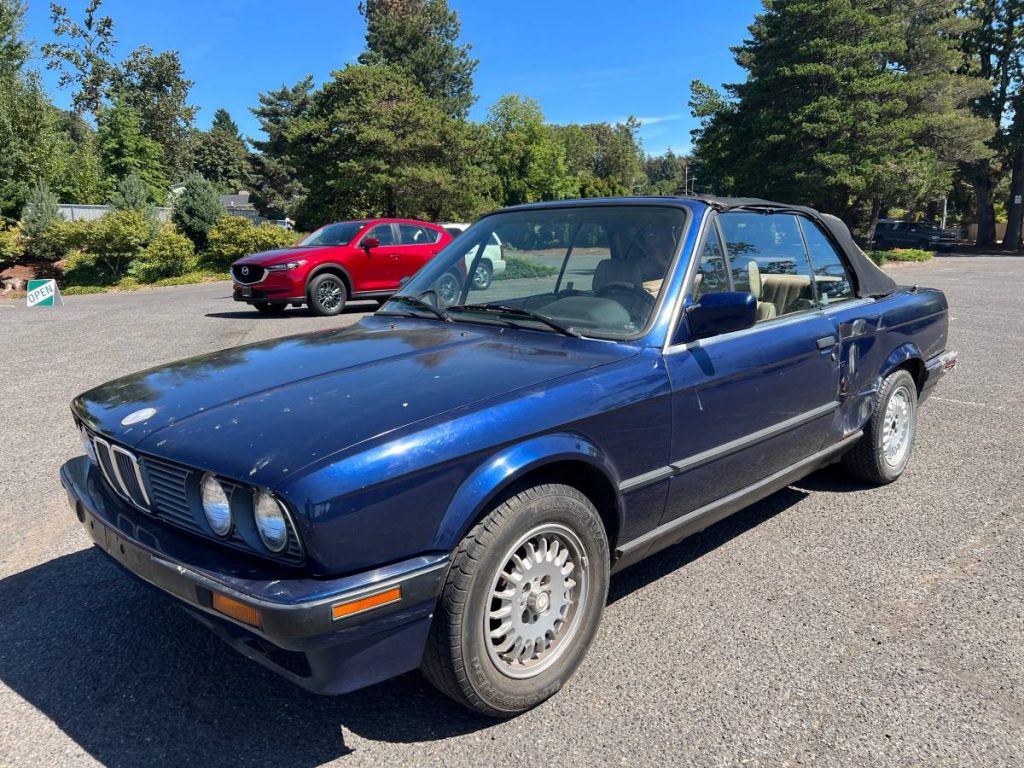 I don’t know if the chassis code “E30” is still spoken in hushed tones of reverence or not, but for a while, everybody wanted one of these. I imagine that’s why someone ias asking two grand for a beat-to-shit convertible that doesn’t run. Don’t get me wrong; they’re great cars to drive, but I can’t get past the fact that $2000 used to buy a decent two-door 325es that ran like a top. 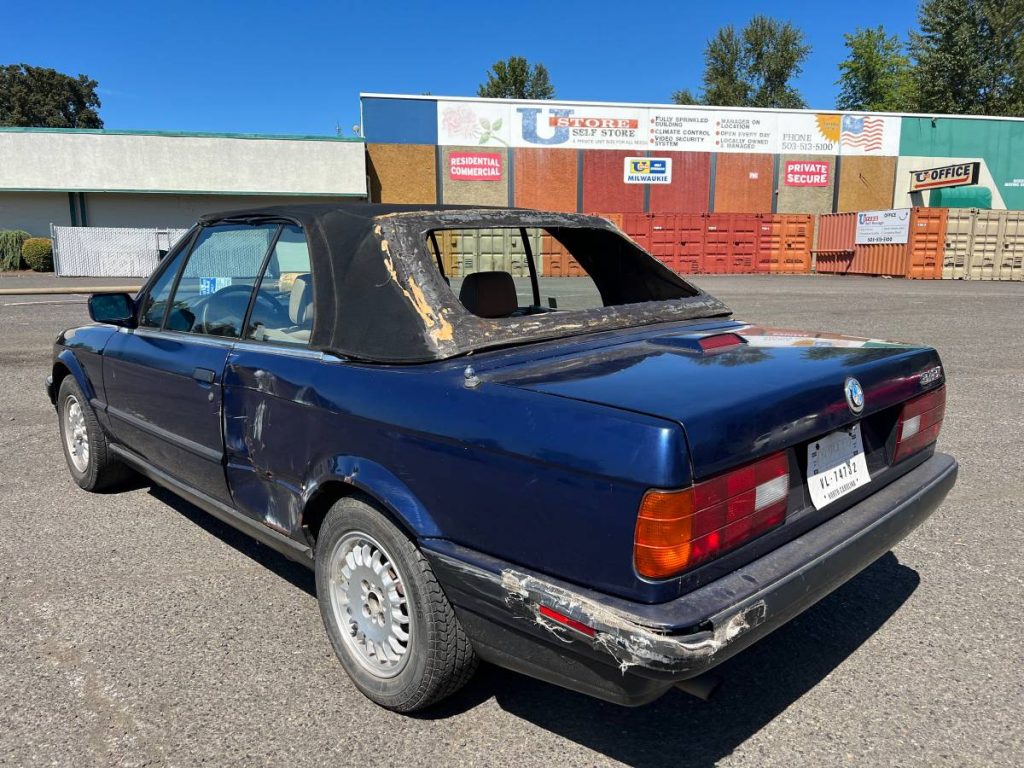 Speaking of tops, this car needs one. But from all appearances that’s the least of your worries here. The huge dent behind the door can probably be left alone, though it might prevent that quarter window from rolling down. And is that really packing tape holding the corner of the rear bumper together? 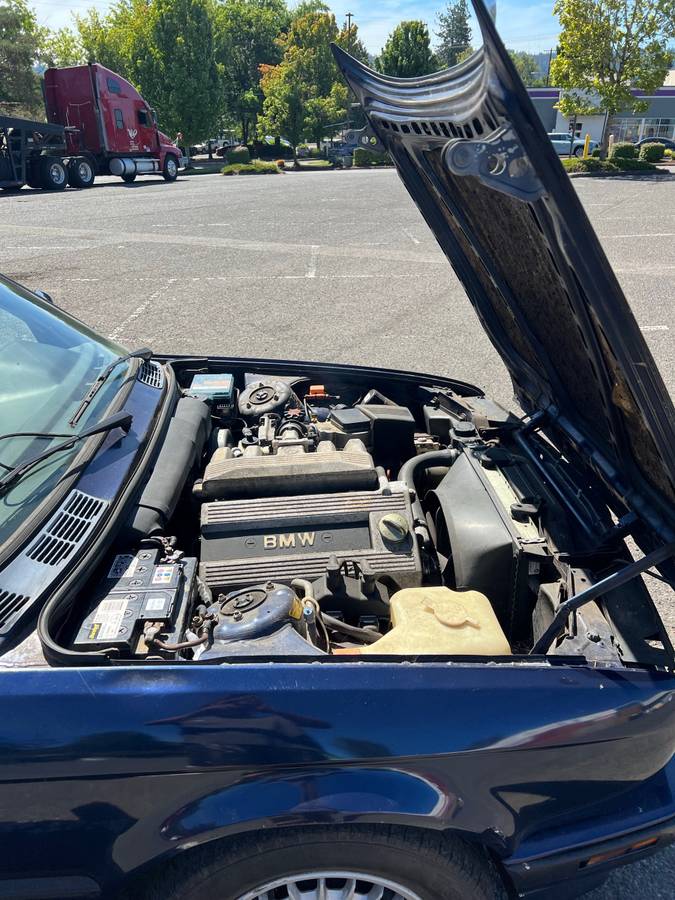 But even a scruffy, unsightly E30 convertible could be fun to drive… if you could drive it. Unfortunately, the little M40 four-cylinder under the hood of this one does not run. It sounds like the seller bought it in a non-running state and tried unsuccessfully to revive it. It will start, sometimes, and sputter out some semblance of an idle once in a while, which is encouraging. Maybe someone with a bit more mechanical acumen would have more success. 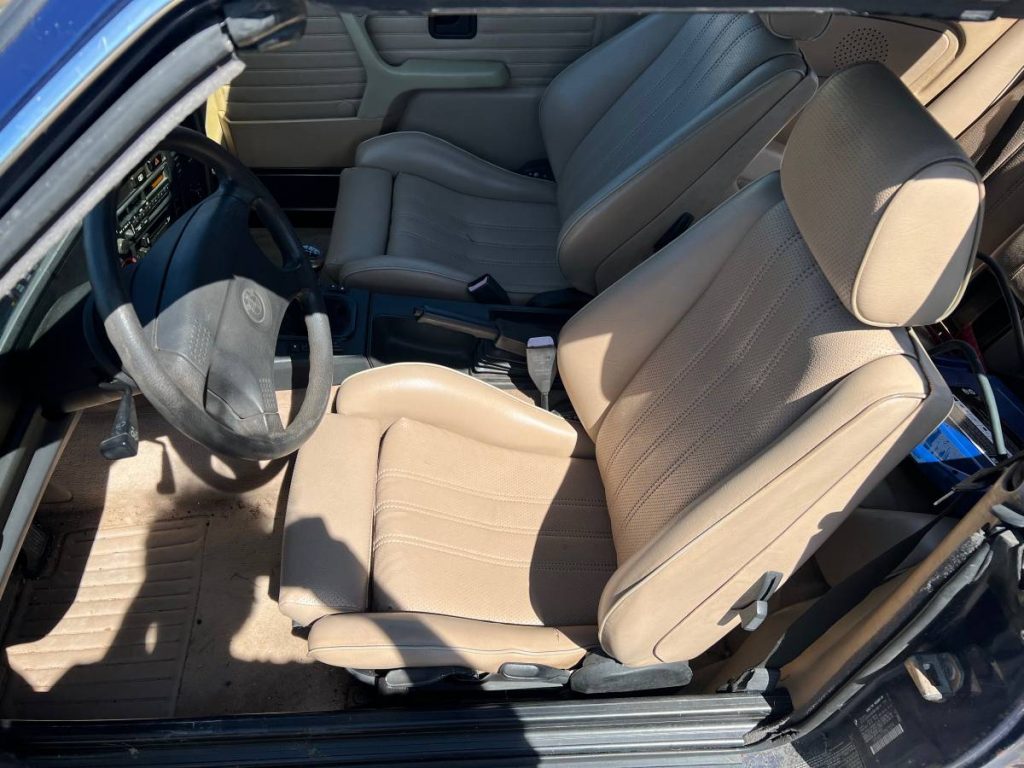 If it were either banged-up or non-running, I could see it, but as it stands, I personally don’t see spending $2,000 on this car. But I’m not as BMW-crazy as some. 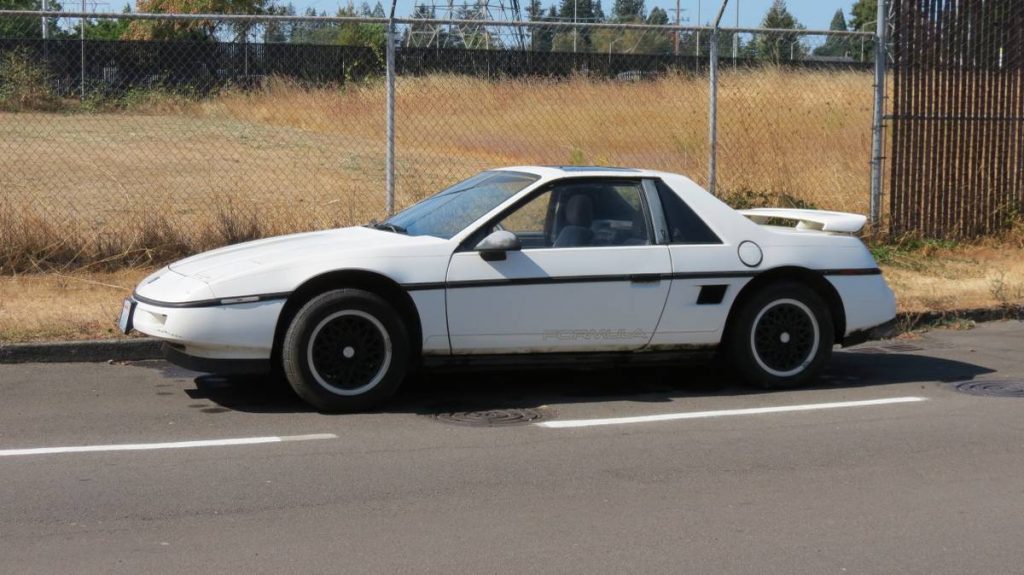 In this case, I feel sorry not only for the car, but for the seller. It sounds like they bought this car for someone to help them out, and that someone trashed it, got it impounded, and left it behind. The seller got it out of impound, but it’s still trashed, and half-disassembled. It does, however, run and drive, albeit without an exhaust. 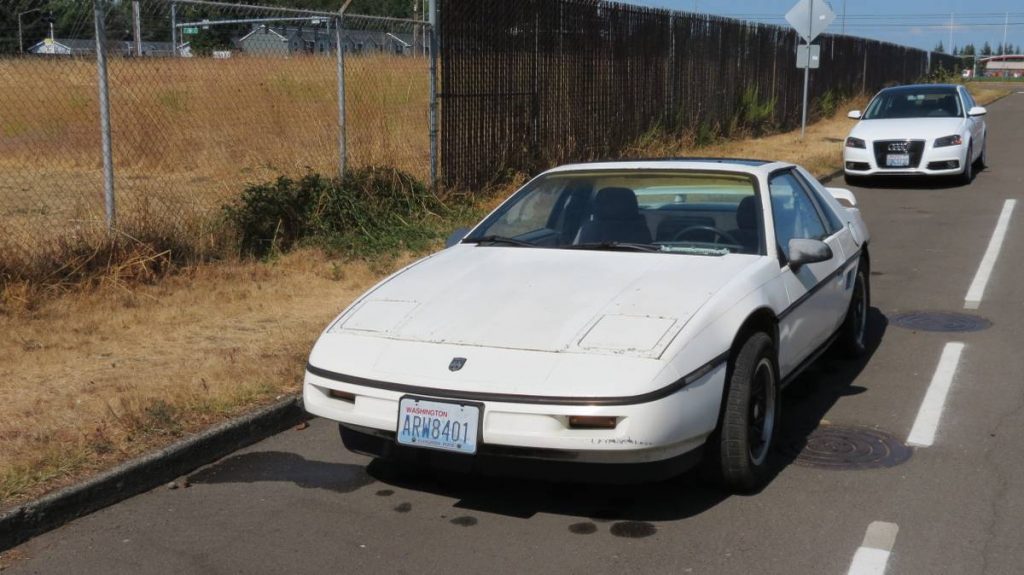 But if you’re after a Fiero, this is one of the ones you want. It’s a final-year Formula, with the V6, the good suspension, and a five-speed manual. It did not originally come with air conditioning, but the seller started to add it in, and got this far: 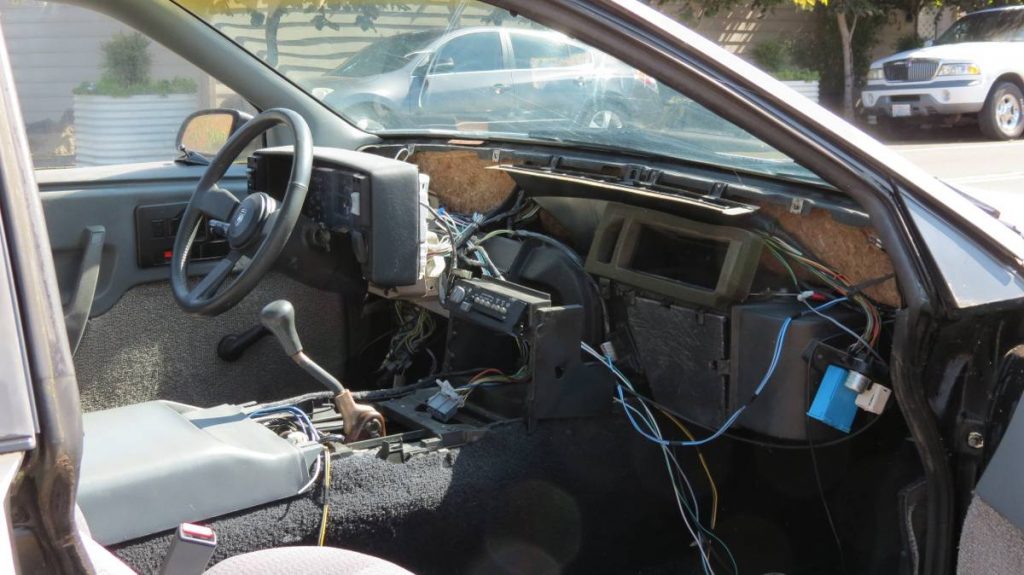 Sort of a minimalist vibe in this one. The seller says they have all the pieces, but you’ll have to put everything back together, whether you finish the AC install or not. The car also has no exhaust from the catalytic converter back, and the 3rd gear synchro is on the way out. Apparently Junior was a bit aggressive with it. 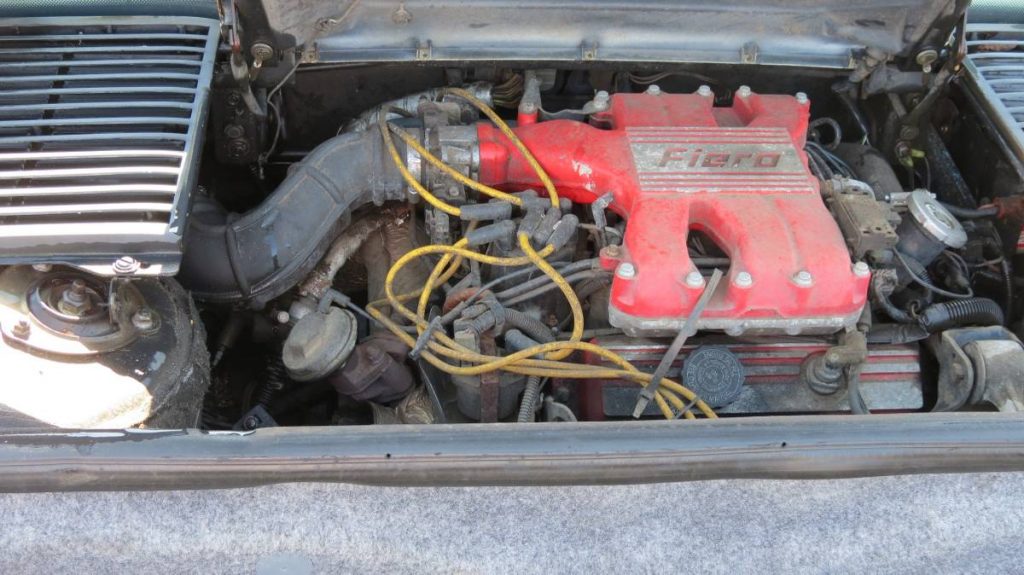 The good news is that it has a healthy 2.8 liter V6 with only 90,000 miles on it, a new clutch, and comes with at least some of the parts to fix it up. And when you do get it all back together, you’ll have a fun Fiero in the right spec.

Obviously neither of these cars is ready for prime-time, but they both could be fun cars with some work. It’s up to you which one you want to rescue.