Stellantis Wants You To Buy A Subscription For Its Cars. Minor Detail: Stellantis Is Running Out Of Cars

Stellantis wishes to sell new car subscriptions, Nvidia has a game-changing new chip, Hertz and GM make an EV deal. All this and more in today’s issue of The Morning Dump.

The Detroit News reports that Stellantis wants to get into the game of subscriptions. Not like BMW’s microtransactions, mind you, but new car subscriptions with the option to swap out models.

Stellantis NV has piloted a subscription-based model at a few dealerships nationally, Jeep CEO Christian Meunier told The Detroit News from the floor of the Detroit auto show. The program would allow owners to swap out vehicles from within the Stellantis family of brands, giving a Jeep Wrangler owner, for example, access to a Chrysler Pacifica minivan or a Ram 1500 or Jeep Gladiator pickup truck for a limited time.

Having too few vehicles on dealership lots, however, is holding up the launch of the program. That stems from a global microchip shortage that is hindering production and is likely to continue into next year. Meunier said he expects the offering to launch nationally once more vehicles are available on dealer lots.

“The problem is the dealers didn’t have enough to make it really successful,” he said. “The concepts are good. Execution is not the right moment for it.”

While the concept of a subscription-based model is neat, it’s probably a good thing that the chip shortage is holding Stellantis back on this one. Previous new vehicle subscriptions from brands like Cadillac, BMW, and Audi have folded due to lack of demand as consumers turned up their noses at pricing. If luxury vehicle buyers aren’t biting due to high costs, how could Stellantis expect retail-grade car buyers to play ball with subscriptions?

Of equal importance, there isn’t a ton of variety in the Stellantis range that could really support subscriptions with a swap model. The automaker doesn’t really make anything too small to do an IKEA run with, so how often would swapping a Jeep Wrangler for a Chrysler Pacifica actually happen? While a few automakers like Porsche and Volvo still see value in selling subscriptions, those are luxury brands with a very different clientele than Stellantis normally sees.

Nvidia Has A New Chip For Cars

In the midst of an industry-wide chip shortage, Automotive News reports that Nvidia has a new automotive chip capable of 2,000 teraflops. If you don’t know what a teraflop is but reckon 2,000 of them sounds mighty impressive, you’d be right. Chips like this could change the car as we know it.

“What they’ve done with Thor is taken Grace and Hopper and put those onto a single SOC along next-generation technology they haven’t detailed yet,” said Sam Abuelsamid, an analyst at Guidehouse Insights.

So what does this mean in simple terms? Well, get ready for lots of little modules to become one massive one. Picture less wiring, faster communication, and reduced costs, albeit at the expense of some serviceability. Instead of simply replacing one wonky module for a couple of hundred dollars, expect to replace one system-on-chip that costs much more.

Mitsubishi recently unveiled the 2020 Renault Captur, a subcompact crossover that competes with models like the Kia Stonic and Volkwagen T-Roc. Sales of this little crossover began in 2019 and let me tell you, it looks quite competitive.

Let’s start with the big news, the oily bits. No fewer than four engine options are on tap. The cheapest option is a one-liter unit, while a 1.3-liter mild hybrid is available for those looking for more pep. Add the dual-clutch gearbox to that 1.3-liter mild hybrid model and output jumps from 138 horsepower and 192 lb.-ft. of torque to 156 horsepower and 199 lb.-ft. of torque. Stout numbers for the mid-range engine option. Rounding out the range is a 1.6-liter hybrid model and a 1.6-liter plug-in hybrid model, for those seeking an extra dose of electrification.

On the inside, a seven-inch landscape-oriented touchscreen infotainment system is standard, although a 9.3-inch portrait-oriented infotainment system is available. For those who really want to splash out on some fancy tech, a digital instrument cluster is also on offer in higher specifications. This fresh debut has already picked up some fairly impressive hardware, scoring Auto Express’ 2020 Small SUV of the Year award. Nicely done, Renault.

What’s that? Oh. I’m being told this is the Mitsubishi ASX, set to replace what we know as the Outlander Sport in the European market. It seems that Mitsubishi has changed the badges, and that’s about it. Still, the new ASX seems like a perfectly nice car, even if Mitsubishi hasn’t gone to great lengths to make it unique.

Hertz And GM Make A Deal 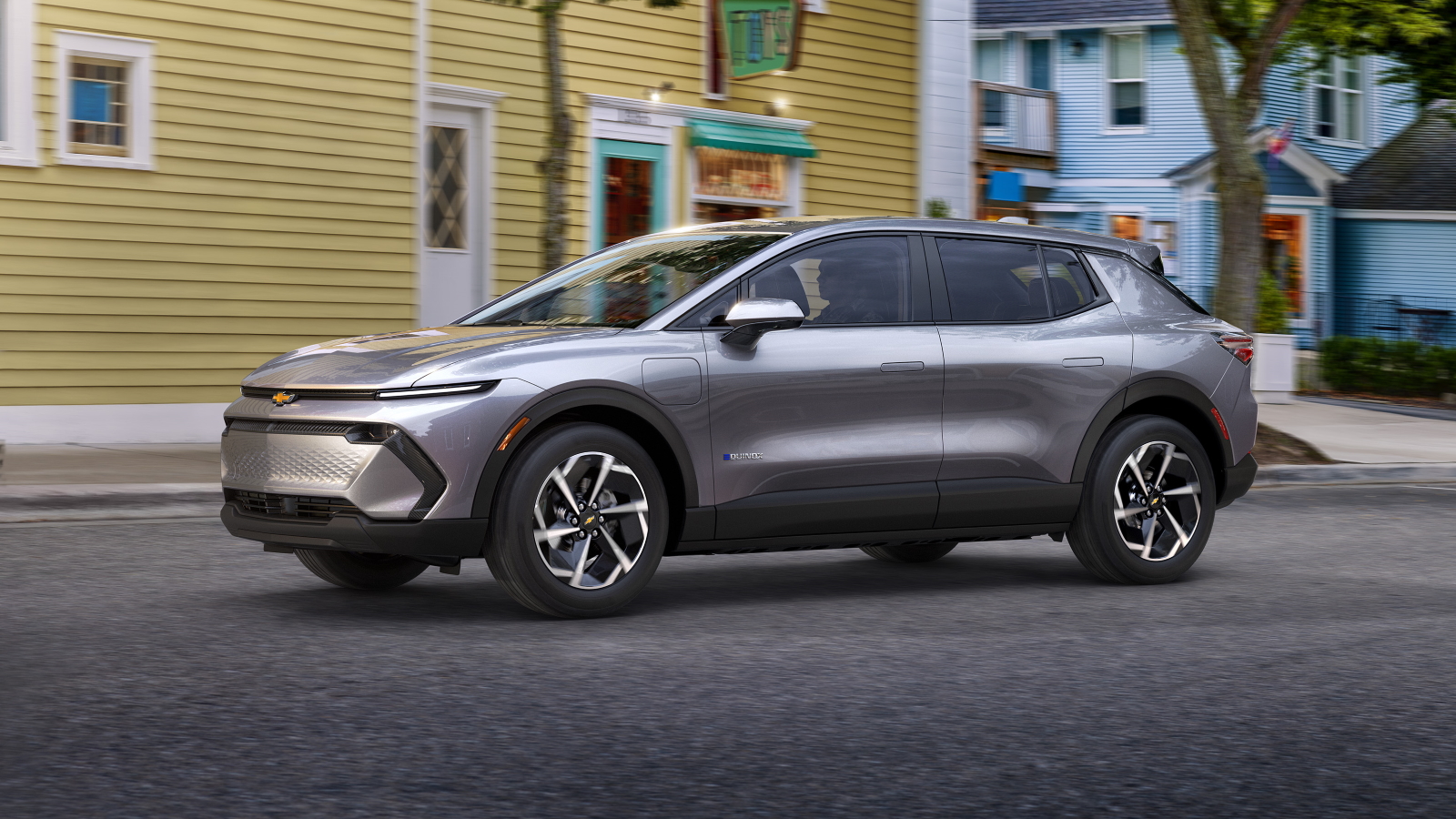 Everything in the automotive world seems to be going electric, and that includes rental fleets. Reuters reports that GM has inked a deal to supply rental company Hertz with up to 175,000 electric vehicles over the next five years.

The multi-billion dollar, multi-year deal could be the first of many GM agreements to supply electric vehicles to rental car companies, said Steve Carlisle, the automaker’s North American operations chief, on a conference call.

“It’s an enormous first step,” Carlisle said, adding that GM is in talks about similar deals with other rental car companies.

While promising big fleet sales in the midst of a car shortage may seem unusual, it’s likely a good hedging bet. New car supply is expected to return to normal right as many economic forecasters expect a recession to hit. Any potential economic event that could severely impact consumer buying power is bad news for automakers who’ll have cars sitting around on lots. Shuffling some of this newfound inventory off to fleet customers is a great way to keep things moving through a downturn. Plus, it has the opportunity to be a great marketing play.

GM Chief Executive Mary Barra said in a statement “each rental experience will further increase purchase consideration for our products and drive growth for our company.”

While electric rental cars make great sense for about-town use, there is one big downside here. The more EVs make it to rental fleets, the lower the chances are of renting a combustion-powered car for long road trips you wouldn’t want to make in an electric daily driver.

Whelp, time to drop the lid on today’s edition of The Morning Dump. Happy Wednesday, everyone, we’re halfway through the week. With the middle of the week comes a question on mid-cycle refreshes. It’s customary for automakers to give models facelifts mid-way through their production cycles, and some of these facelifts work better than others. I want to ask, what’s your favorite mid-cycle refresh of all time? I’m partial to the 2005 facelift of the Acura RSX. The updated headlamps worked wonders on cleaning up the front end, while fresh alloy wheel designs still look wonderful.

Thomas is a Nu Rave-blaring, heel-toe downshifting, maple syrup-swilling, chassis-geeking, junkyard parts-hauling, floppy-haired scenester who's been writing about cars since college. His current ride is a 2006 BMW 325i with the six-speed manual gearbox. Instagram: @thomas.hundal Twitter: @thomashundal
Read All My Posts »
PrevPreviousAged Burgundies That Won’t Leave You Marooned: 1988 Honda Accord vs 1989 Toyota Camry
NextQuantum Leap Is Tearing This Blog Apart – The Autopian PodcastNext