Loving motorcycles but being shorter can be a real challenge. Many of the motorcycles that I’ve owned since 2018 were great, but their seat heights were just a touch too tall. Ryvid, a new electric motorcycle startup might have a great solution with its Anthem. And this thing is pretty affordable, too.

Ryvid Inc. is a fresh face in the motorcycling world, and it wants to hit the ground with its wheels turning. The company just announced its first motorcycle, and aims to bring some aviation tech and thoughtful ideas into the space for a surprisingly reasonable price. 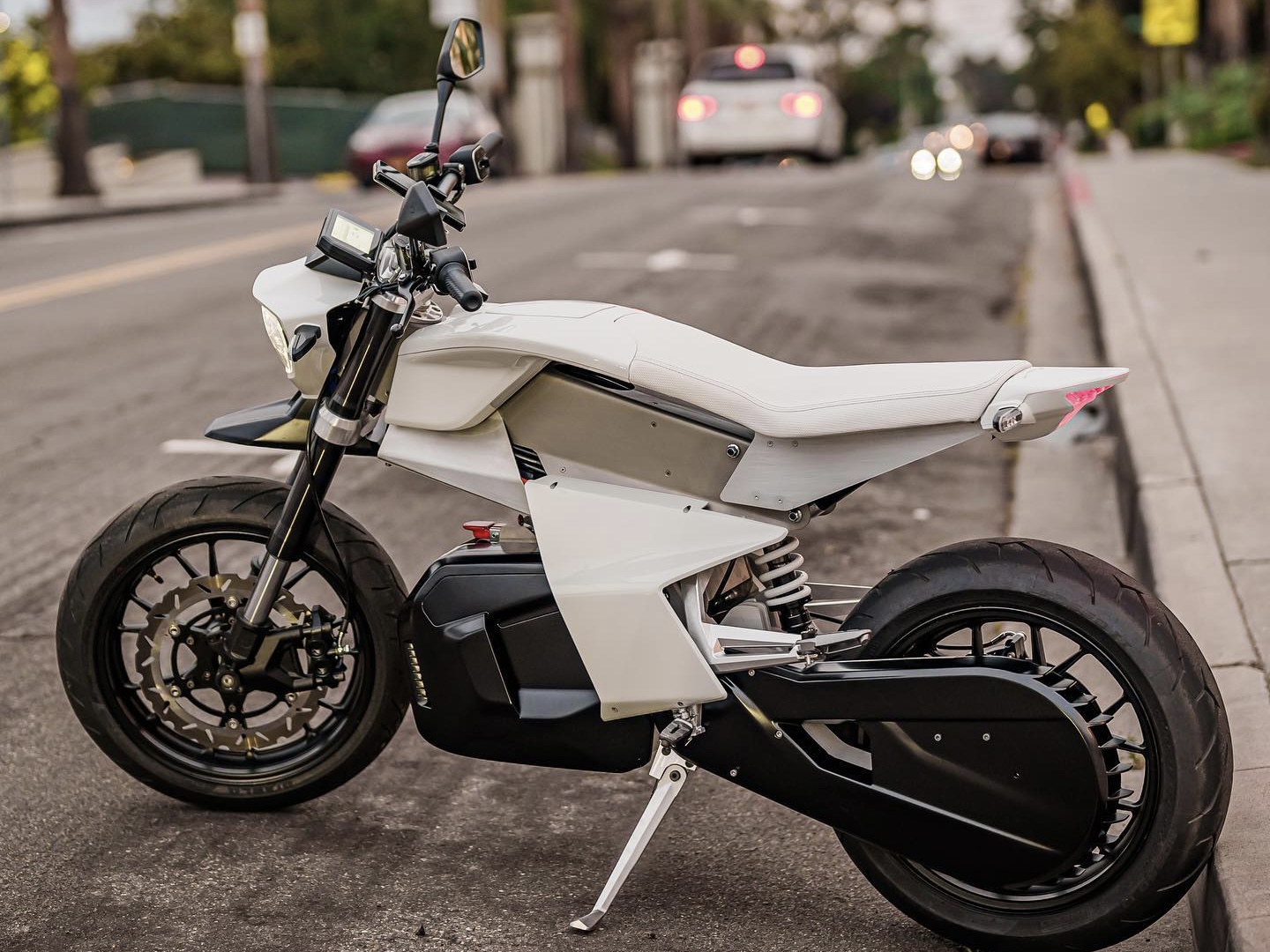 You’ll notice that something is different about the Anthem the first moment that you lay your eyes on it. There’s little bodywork; the bike’s frame is exposed. 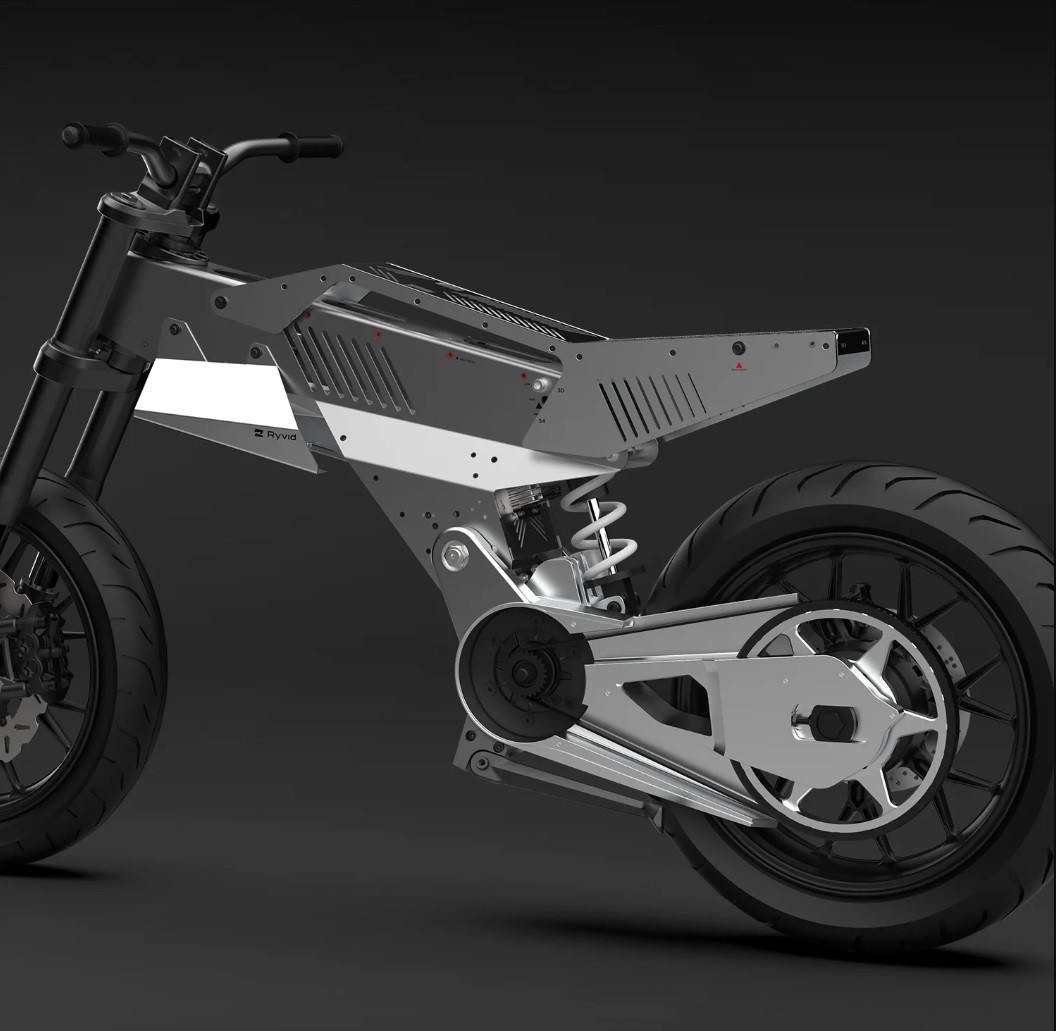 I’m always a fan of a motorcycle that uses its frame as a visual element, and this delivers. It also doesn’t have a false tank, even if the shape just aft of the handlebars is similar to what you’d expect from a typical motorcycle tank. Everything else is slim and minimal. It looks like it just rolled out of the production lot for a sci-fi film.

Let’s get into why I love this motorcycle. 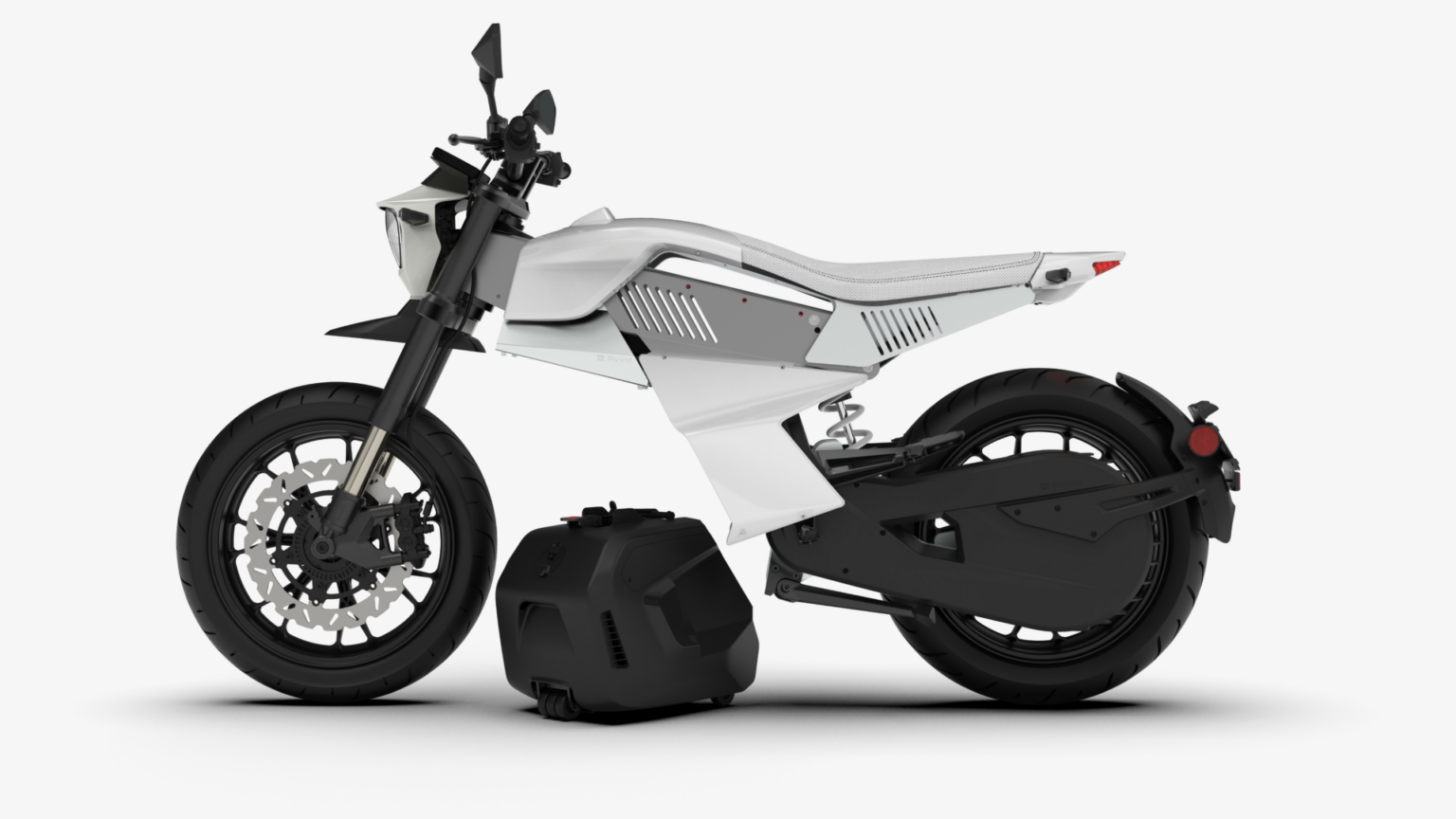 The big box just behind the front wheel is the battery. It’s a 4.3 kWh unit that when paired to the  swingarm-mounted motor provides a range of around 75 miles in Eco mode or around 50 miles in Sport mode.

What I like here is that the battery weighs 65 pounds and detaches from the motorcycle. You can then use its wheels to get it into your apartment, like a suitcase. Charging takes 3 hours on a 220V outlet or 6 hours on a 110V.

The other thing that I really love about the Anthem is its seat. It has an electric actuator in it that gives the cushion an adjustment range of four inches. It can be altered on the fly to be as low as 30 inches or as high as 34. That means that someone without a lot of leg like me can ride it comfortably, but so could a tall person.

Many motorcycles have a physical seat adjustment, but it’s sometimes not enough. Riders of different sizes are sometimes left having to modify their bike’s suspension or having to buy a custom seat. I’ve even seen some folks get drastic with custom fabrication. While 30 inches is still too high for some people, being able to have four inches of range without having to buy aftermarket parts and without having to physically adjust something is awesome. 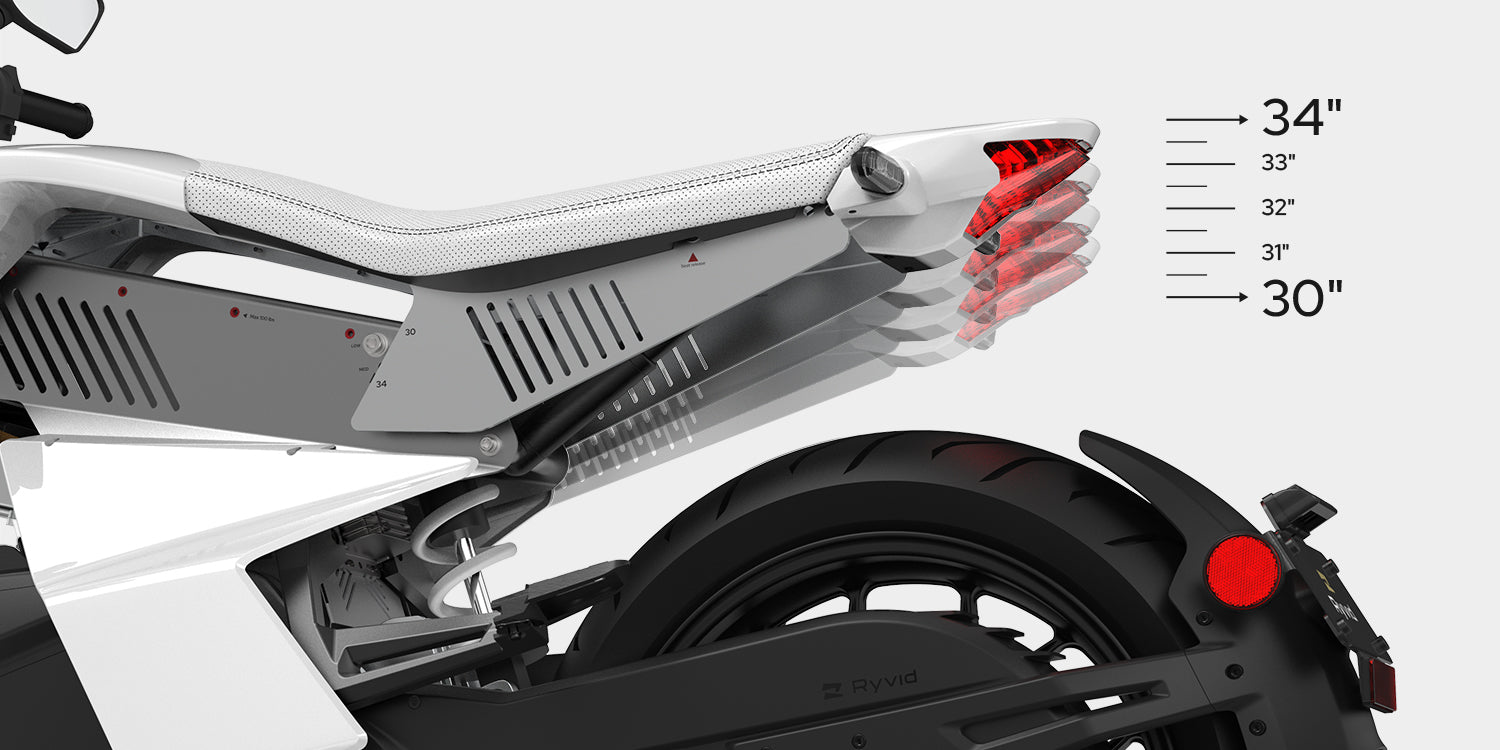 And that’s not all of the Ryvid’s tricks. It also has multiple mounting points for its suspension and head tube. In theory, this means that you could have something more cruise-friendly one day, then have a canyon carver the next.

That’s complemented with that swingarm-mounted motor. Ryvid doesn’t provide a horsepower rating, but it produces 53 lb-ft torque and delivers it through a belt and a 4.7:1 final drive. 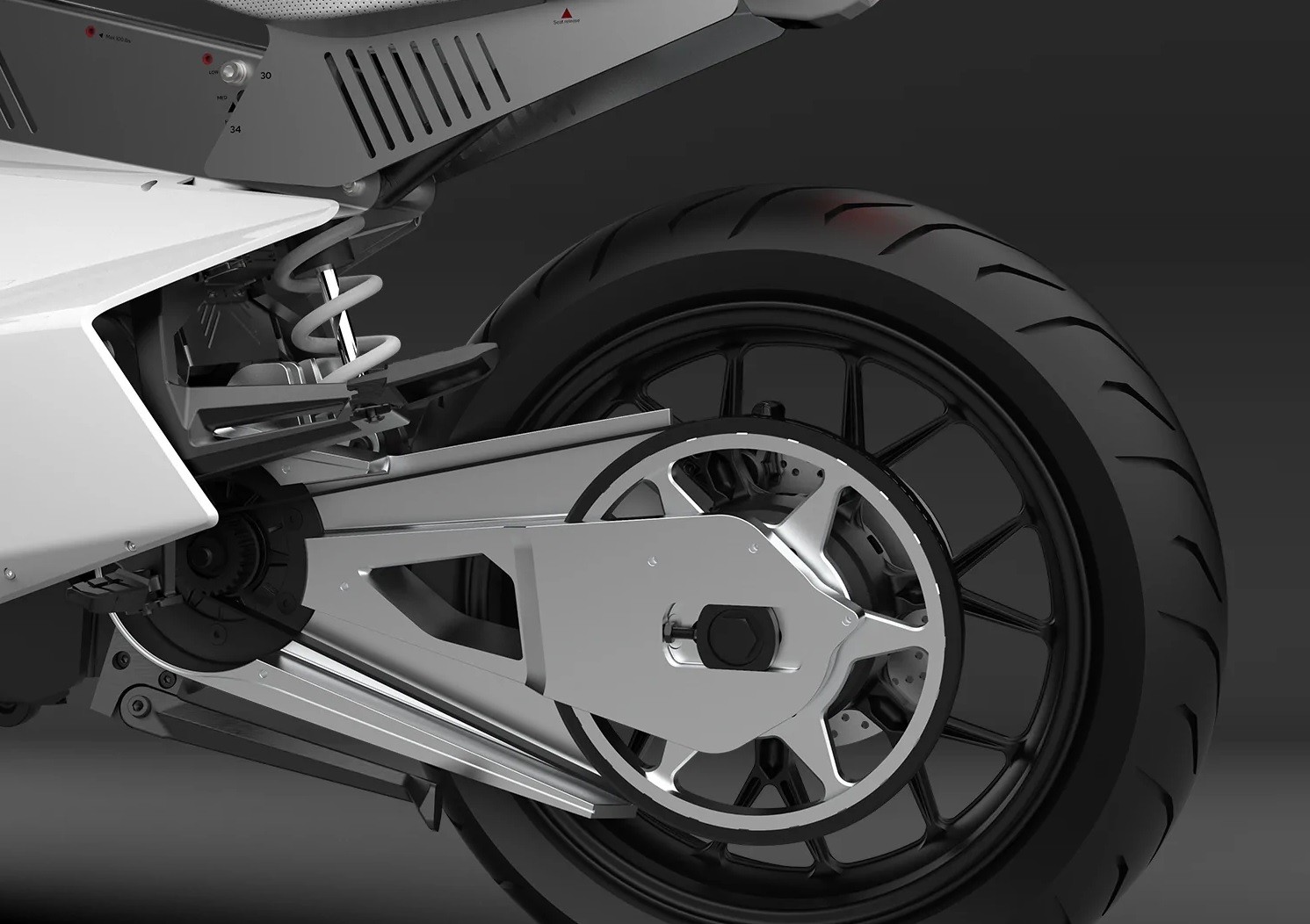 Top speed is around 75 mph.

Other features include LED lighting, a keyless starting function, a digital instrument cluster, and a lock for the battery. 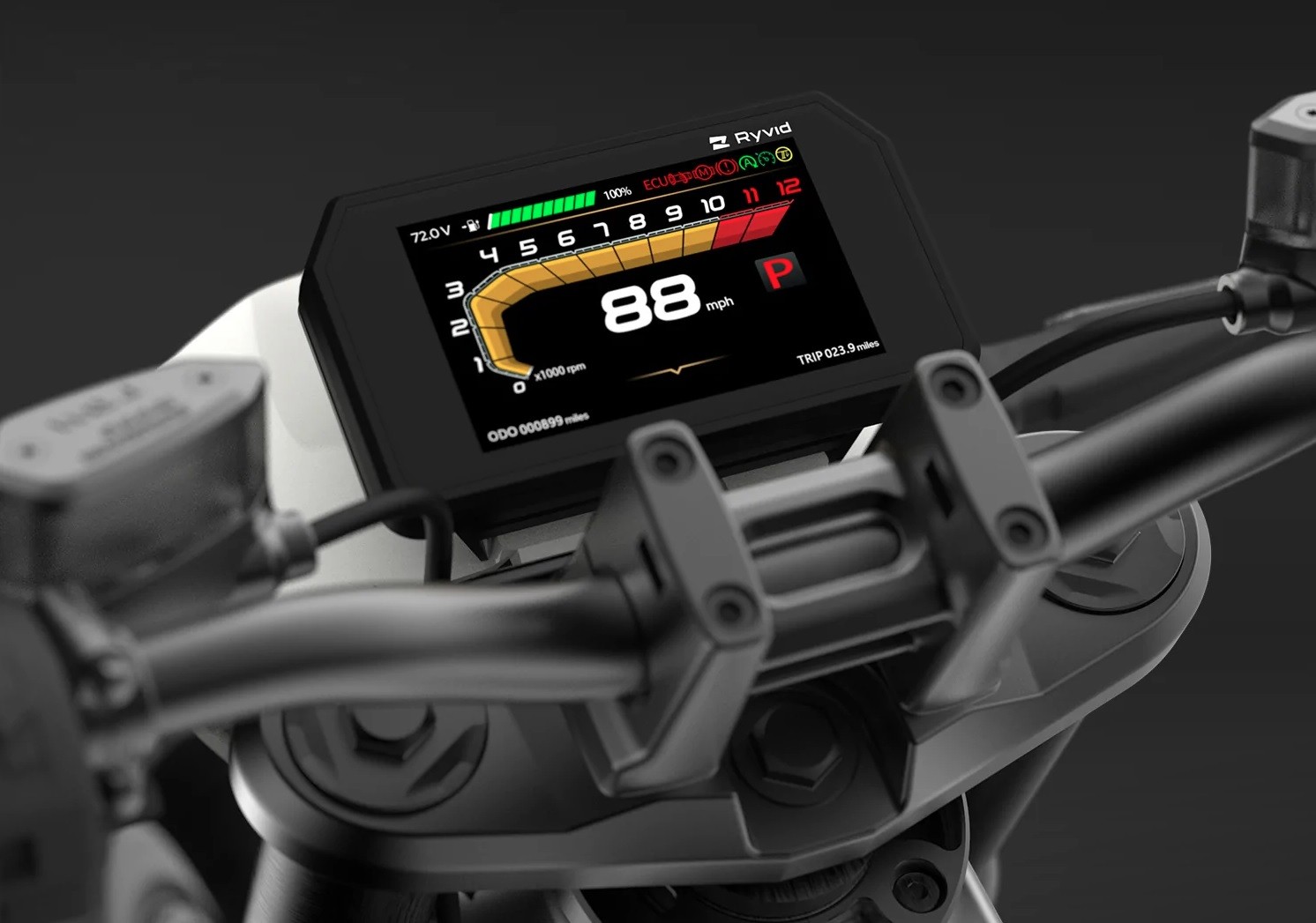 You get all of that in a package weighing in at 240 pounds total. Ryvid isn’t trying to have the fastest EV motorcycle on the block, but something that you or me could buy and keep on the road. And to help this become a reality, the company is packed with automotive and aviation engineers.

Ryvid announced the price to be $7,800 with deliveries expected next year. There will be a Launch Edition, limited to just 1,000 units. Sales begin August 14th, 2022. 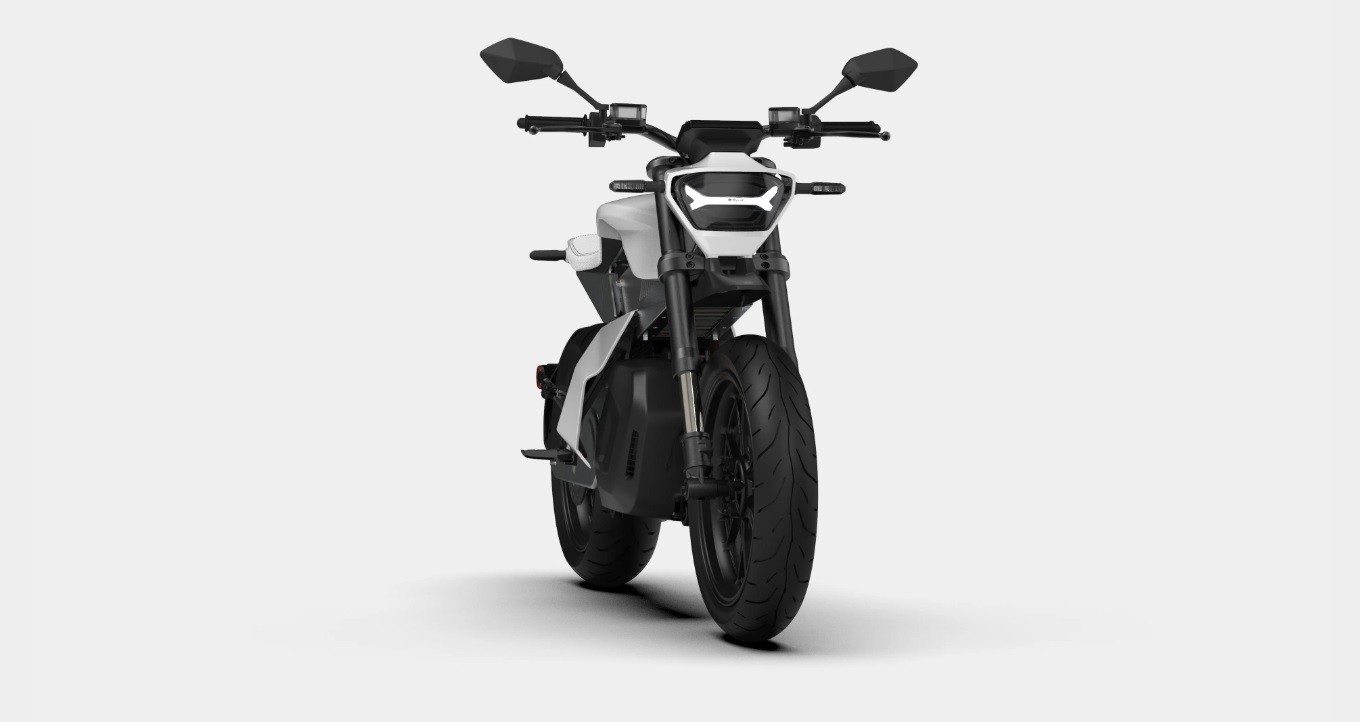 The specs, price, and aesthetic puts it in competition with the Sondors Metacycle. That little bike was advertised as being able to go 80 mph and hit a range of around 80 miles for an initial price of $5,000. Deliveries on the Metacycle were supposed to start more than six months ago, but continued delays mean that riders still don’t have them yet.

Hopefully, Ryvid is able to put its design into production because it’s really neat. It may not change the game, but something like this has the opportunity to make riding more accessible to more people, and that’s always great.

(All image credits to Ryvid Inc.)

Mercedes is a lifelong fan of all things powered by an engine. When she isn't driving one of her five Smart Fortwos or her 14 other vehicles she could be found in the cockpit of a Cessna 172 or perhaps swimming in any body of water that she could find. She also has a deep love for buses of all kinds. Please send her buses. mercedes@theautopian.com Instagram: @mistymotors Twitter: @Miss_Mercedes30 Facebook.com/neonspinnazz
Read All My Posts »
PrevPreviousThe Average New Car Last Month Cost More Than $48,000
NextDr. Evil’s Chair In The Possibly-Upcoming Austin Powers Movie May Be This Car Parts-Themed Throne Made By The Madman Behind DARTZ Ultra-Lux SUVsNext