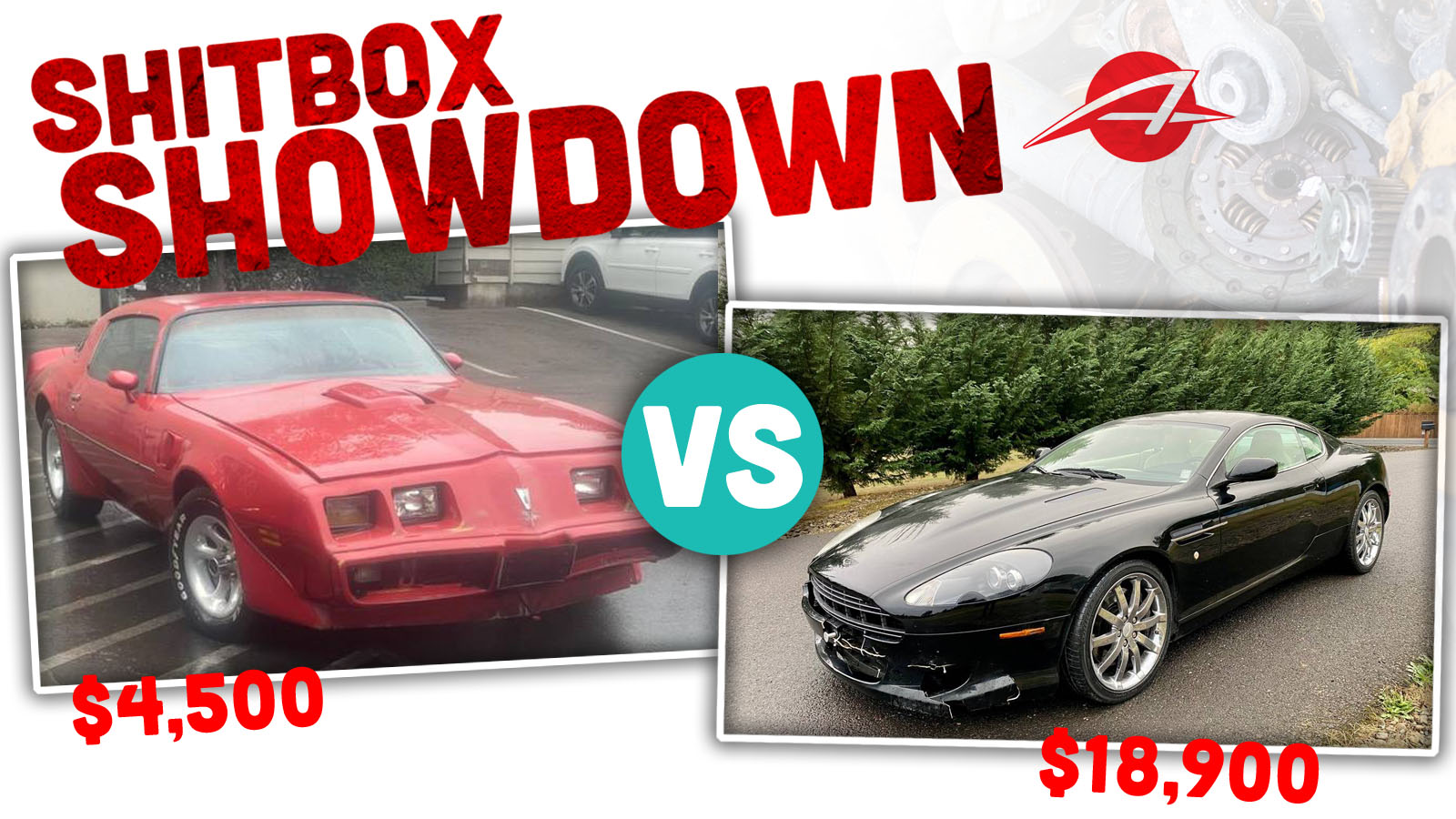 Good morning, and welcome to another Shitbox Showdown! Today it’s Two-Door Tuesday, as we take a look at a mismatched pair of sport coupes with branded titles. But first, let’s take a look at what you thought of ze Germans:

The Audi has it easily. I am not surprised, nor do I disagree. The words “BMW” and “head gasket” are enough to strike fear into the hearts of the most seasoned shitbox aficionados.

You know what else is a scary phrase? “Salvage title.” A car that has been totaled, stolen, or junked and then returned to service is something of a wild card. What exactly happened to it? How well was it repaired? It’s possible you’ll never know. Worse, in some places, cars with “dirty” titles can be difficult to insure, and sometimes lenders won’t give you a loan for them. I’ve only had one car with a dinged title: a 1991 Nissan Pathfinder for which we paid the princely sum of $1,300. It served us well for three years, so I can’t complain.

But what about the oddities, the rarities, the cars that would be priced much higher if that one little box on the title were blank? What about, for instance, a Firebird plucked from a junkyard, or a V12 Aston Martin with front end damage? Are they worth the hassle of figuring out the title? Let’s take a look and see. 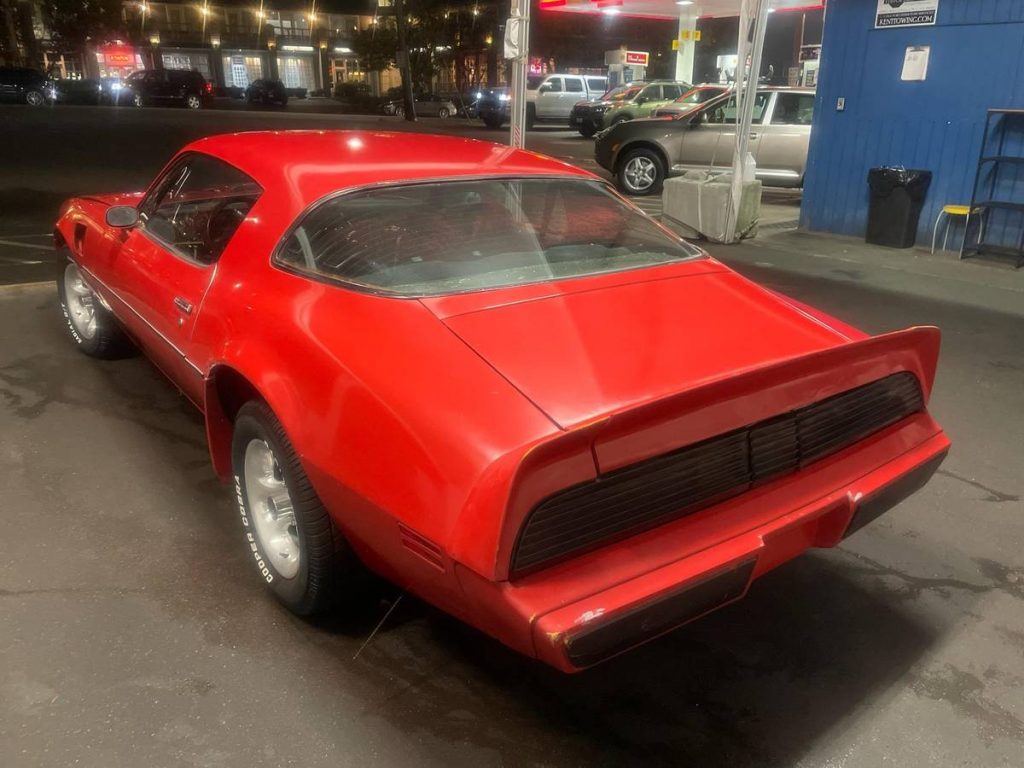 All right, get your mullet jokes ready for the comments. Yes, it’s the fabled Trans Am, Pontiac’s top dog in the Firebird line, the muscle car of so many young men’s dreams throughout the 1970s and 80s. But before you get too excited, I have the same bad news for you that Trans Am buyers were faced with in 1980: this car is slow. To meet emissions targets, Pontiac dropped the big 6.6 liter engine choices, leaving only their own 301, or a 305 cubic inch small block borrowed from Chevy. A turbocharged version of the 301 was available, but those were so rare and special that if this car was a turbo, the seller would have mentioned it. They didn’t. So what you’re looking at is a small V8 fueled by a Quadrajet four-barrel, wheezing out somewhere around a hundred and fifty horsepower through a compulsory Turbo-Hydramatic 350 transmission. 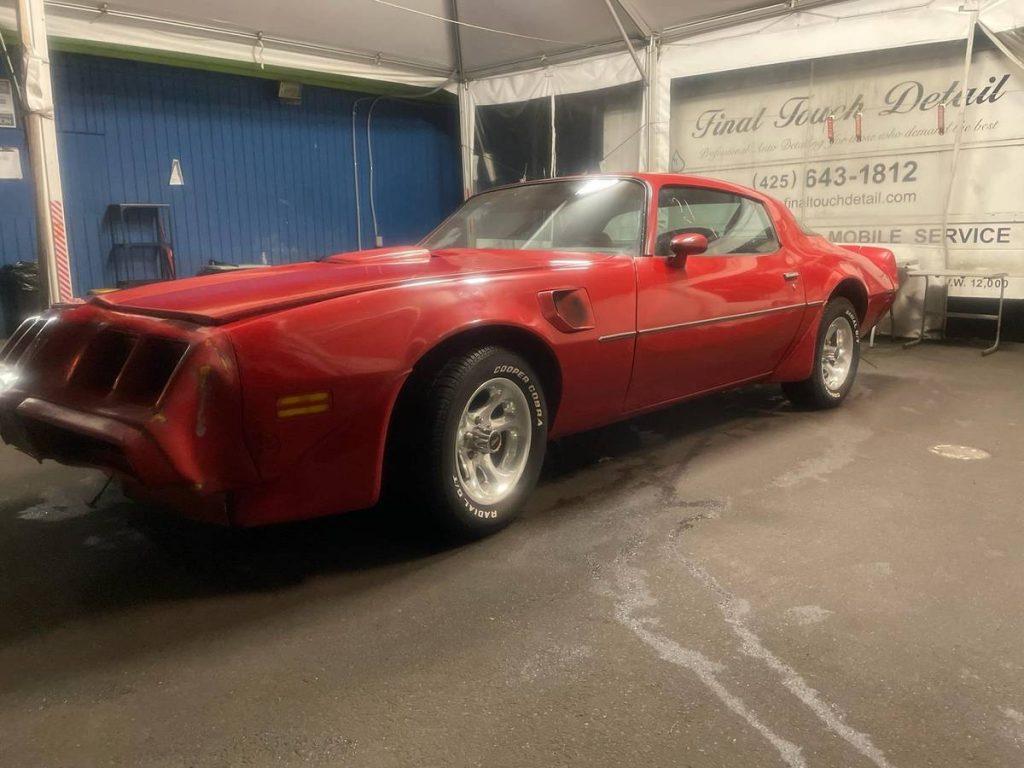 This Firebird has a completely unknown provenance. The seller bought it from a junkyard, and apparently drove it home. They shined it up, and it came out pretty good. The red paint isn’t original, so the “screaming chicken” decals are long gone. Fear not; reproductions are available. The interior is intact but worn, and there is a little bit of body damage; the car’s rubber nose looks a little sad. But really, it’s not terrible. 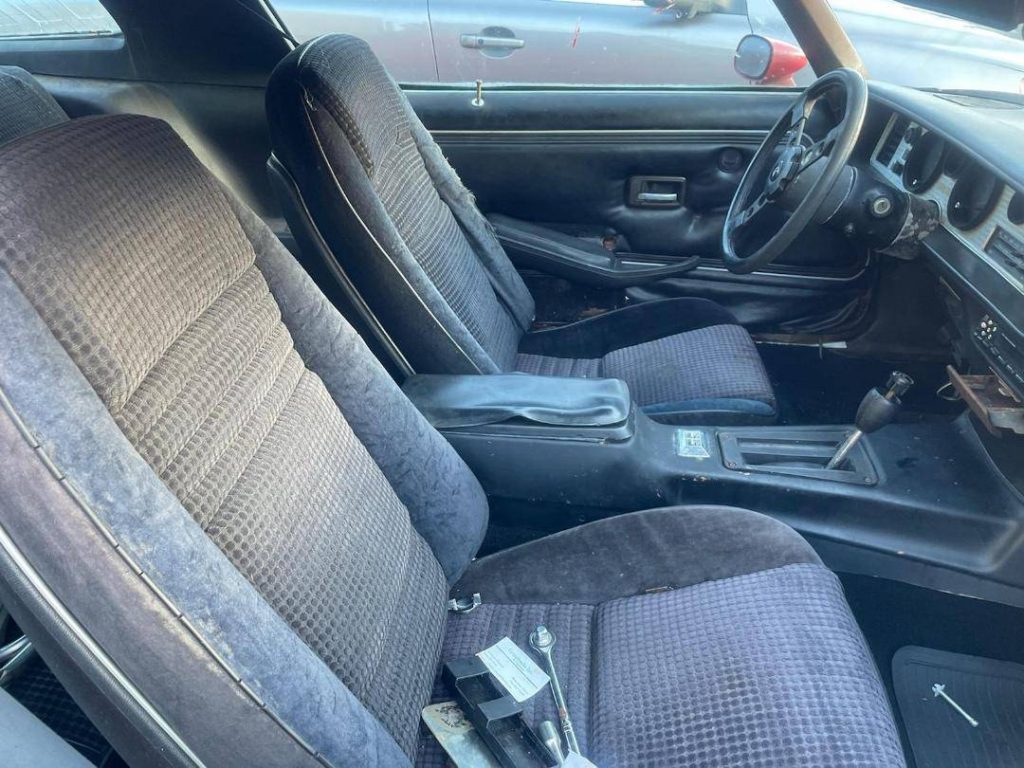 Let’s not kid ourselves: Burt Reynolds or James Garner aside, these cars are more or less crap. Firebirds and Camaros of this era were slapped together quickly and cheaply, with no regard for reliability or durability. They were meant to be used up and thrown away by young men, who were then supposed to come back and buy another Pontiac or Chevy of a more respectable sort. Pontiac sold half as many Trans Ams in 1980 as they did in 1979, likely due to the lackluster engine choices, but the swoopy lines and gaudy decals drew buyers into the showrooms, and that is what they were meant to do. 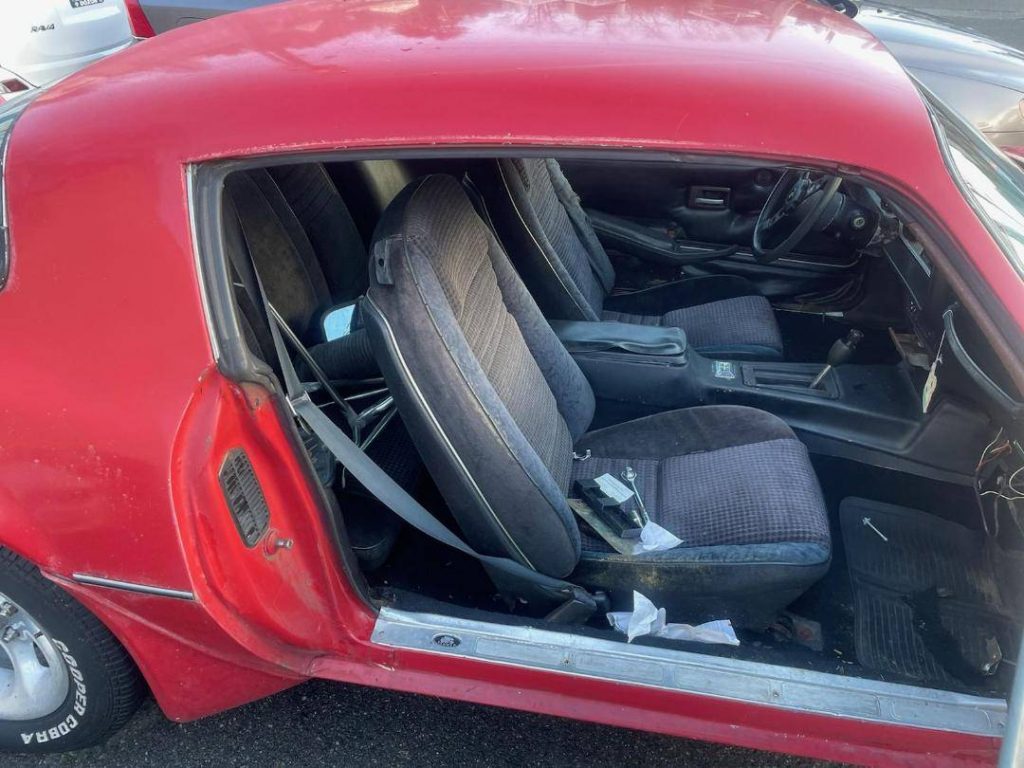 But even these sad slow malaise-era cars have always had a following, and they’re slowly gaining respectability as collector’s items. So how did an intact, functional 1980 Trans Am end up in a junkyard outside Seattle? There’s no way to know, but we can be thankful someone had the good sense to pull it out. 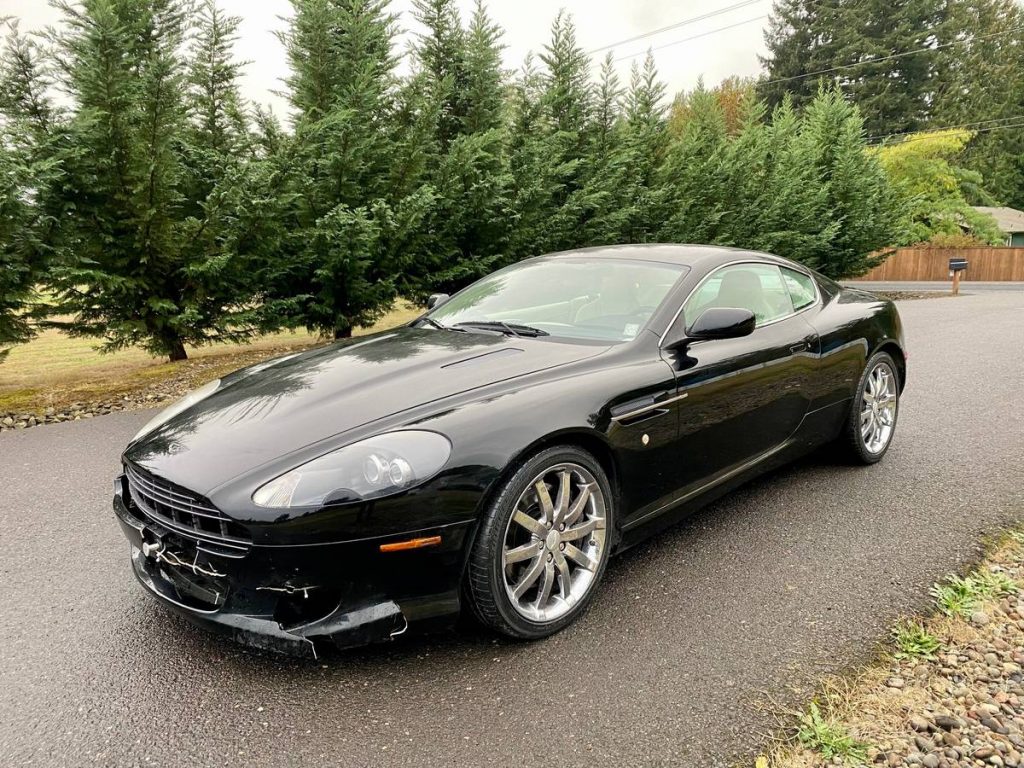 Runs/drives? Runs, but not driveable

Yes, I know this car is well outside the normal price parameters of this column, But a shitbox is a shitbox, no matter the cost, and how often do you see a banged-up Aston Martin? It’s just too interesting to pass up, so to hell with the normal price range. 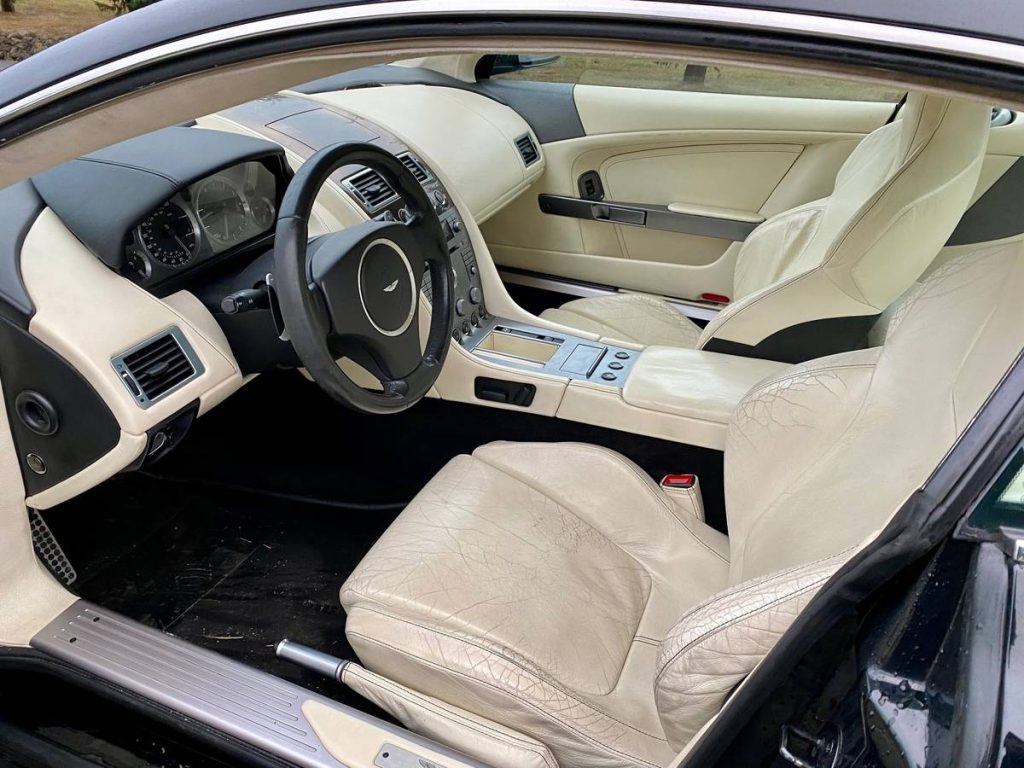 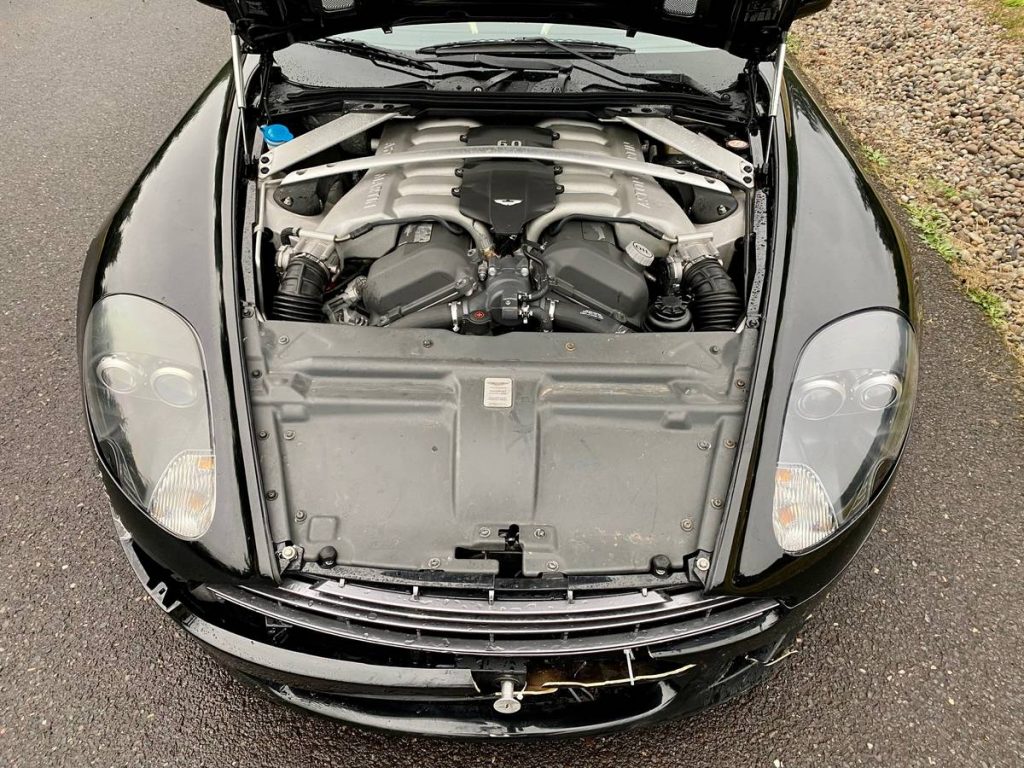 It gets less impressive when you smash it into something and discover that the front clip is a bunch of plastic, like some common Altima or something. But don’t expect to just go down to the Pick N’ Pull and find a new front bumper for this sucker. Worse, the impact damaged the radiators – yes, plural – so this Aston isn’t going anywhere under its own steam (so to speak). And I checked: Rock Auto does not carry radiators for this. 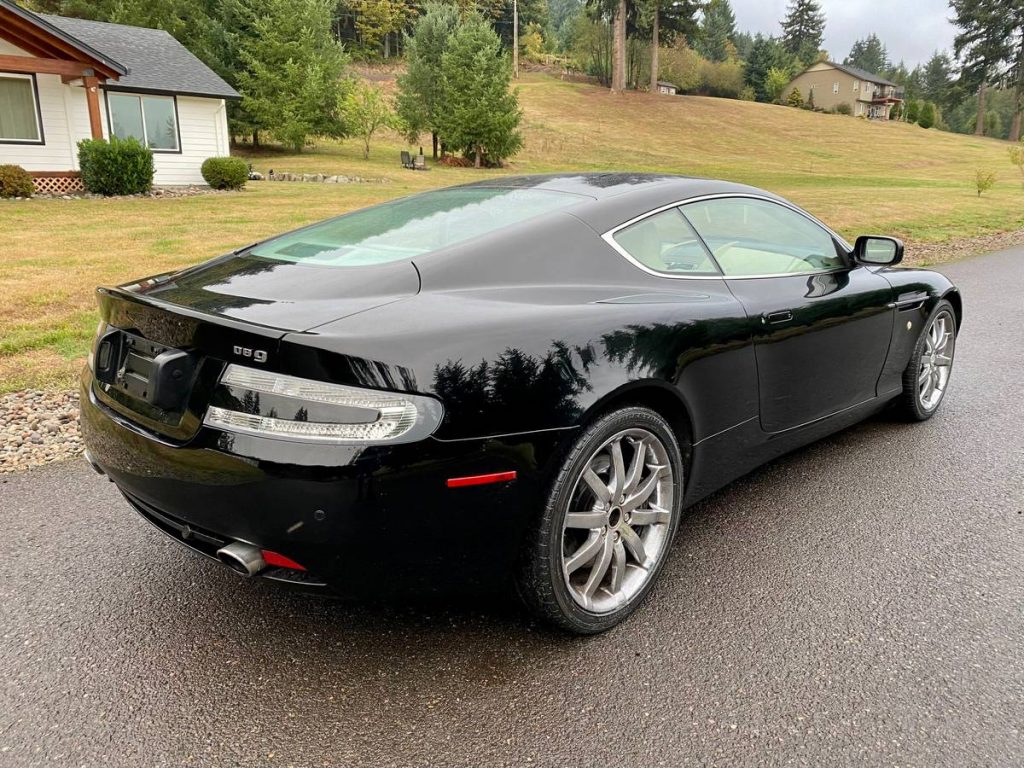 I’m not sure who the buyer is for this car. First, you have to want an Aston; second, you have to be willing to fix a banged-up one; and third, you have to be able to do the work yourself, because taking this to a shop for repair would probably make it as expensive as a real Aston. But if you simply have to have one, this might be the least expensive way to get one.

So how about it? Are you up to the challenge of reviving a half-assed muscle car, or patching up a busted British thoroughbred? And are you willing to jump through the hoops at the DMV to get its papers in order?