Volkswagen Allegedly Fires Design Chief For Being Too Awesome 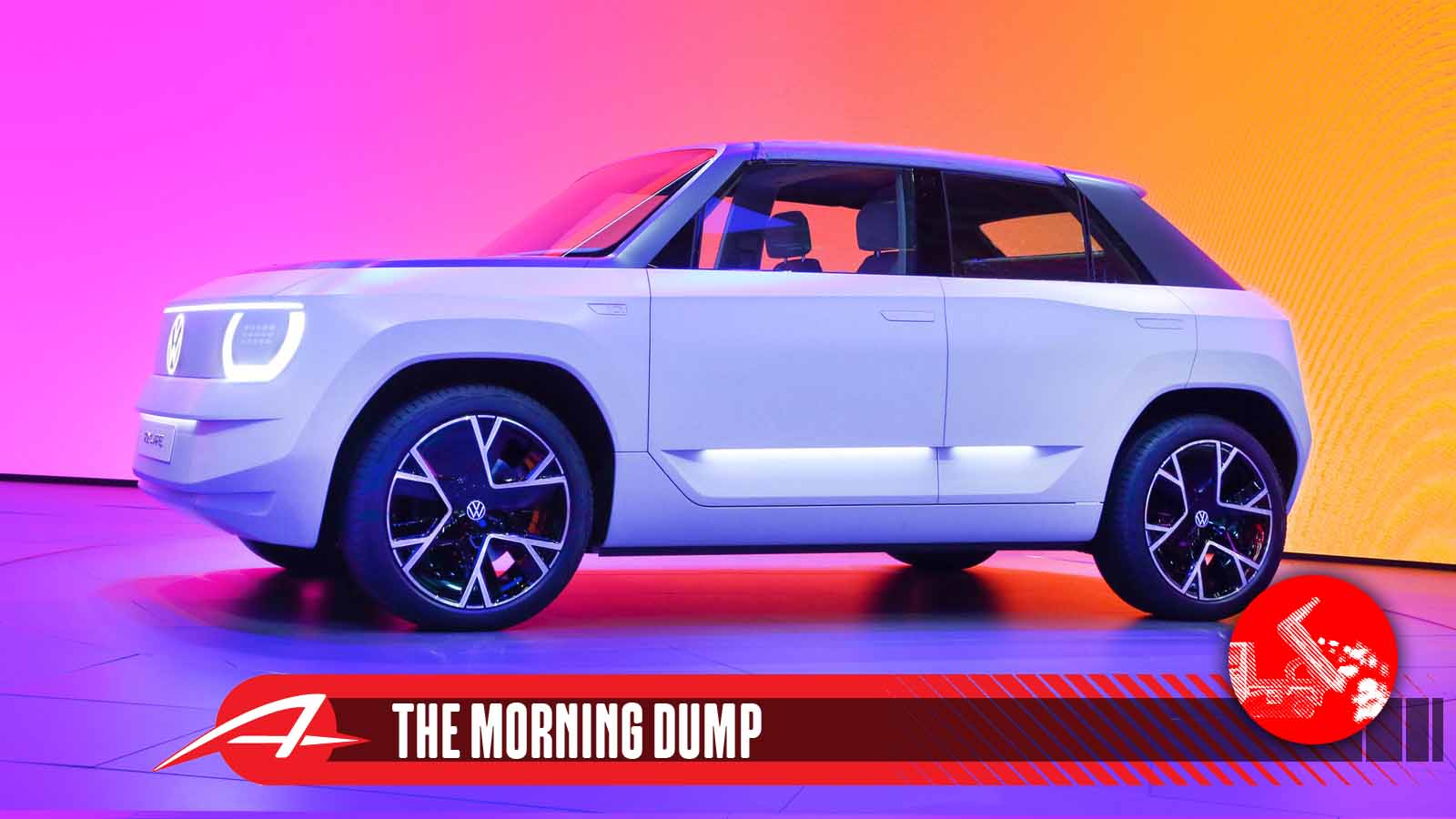 Brands are, famously, not your friends. That doesn’t mean you can’t like brands — that doesn’t mean you can’t love brands, really. I love Skoda, for instance. It does mean, however, that you cannot expect a brand to do anything out of a love for you. In the case of Volkswagen, it’s honestly better to expect the brand to do something that makes you outright angry for no other reason than it is Volkswagen and that’s kinda its deal lately.

Welcome to The Morning… Something. We’re coming up with a name and graphics, eventually. Today we’re gonna start off with Volkswagen and a little bad news buried in some good news. Then we’re going to talk about Honda and ORA Funky Cats.

Get It Together VW

I like VW. At least, I want to like VW. In spite of everything you have to swallow to like the German carmaker, I’m happier in a world where VW is as good as its promise to be a friendly carmaker making nice cars for good people. I’d rather not think about the company’s misguided attempt to make dull, de-contented cars in the mid-2000s. Honestly, I’m happier ignoring Dieselgate. When I saw an ID.4 on the street it is more pleasing to think of how cute it looks and how it’s a decent value and not, say, about the annoying infotainment system or the warranty business. [Editor’s Note: And then, obviously, there’s the company’s inception, which happened during a dark era in German history and at the hands of a man so evil, he all but eliminated his then-common first name. -DT].

A good example is the ID.Buzz. It’s a retro throwback van and it looks incredible and, honestly, I’m willing to swallow a lot for a clever design that results in a funky van. Surely, Volkswagen will see the opening they have in front of their eyes and run with the ball.

There’s a story in Germany’s Automobilewoche that highlights the promotion of Bentley Design chief Andreas Mindt to the head of Volkswagen brand styling. Buried in that story is a kind of key detail, though, about what’s happening to current design chief, Jozef Kaban:

VW brand’s new CEO, Thomas Schaefer, has not been impressed by some of Kaban’s designs, according to sources.

Kaban was asked to change the retro styling of the ID Life concept unveiled at the 2021 IAA Munich auto show for a more modern look. The concept was supposed to preview the look of VW’s entry-level ID electric car due in 2025.

Schaefer also asked Kaban’s design team to rework the styling VW brand’s upcoming Trinity flagship EV to give it a crossover look instead of a sedan appearance.

I’m not saying that VW’s CEO made the wrong decision. I don’t know. Maybe he’s right and maybe I’m wrong. Above is the ID Life concept and, frankly, I bet the original drawing is better. Maybe Automobilewoche is wrong. I’m just saying that there are two things I believe:

This is why people don’t ask me to make these decisions, I suppose.

The ORA Funky Cat First Editions Are Landing In The UK

You know who gets it? ORA. The Chinese-owned Great Wall Motors affiliate (the name stands for Open, Reliable, Alternative) builds a car that seems both retro and modern. The company has slowly been working its way into Europe, and the first cars, the aptly named ORA Funky Cat First Edition EVs, are just arriving in the United Kingdom.

The first editions come loaded with the kind of tech you’d expect, including 360-degree cameras, lane keep assist, wireless phone charging, et cetera. The battery is a 48-kWh setup offering 193 miles of range on the WLTP cycle. You can get into a first edition for about 32,000 GBP, which should bring it just under the base  Smarts.

If you want to check one out, GRIDSERVE Car Leasing’s Electric Forecourt in Braintree (like a rest stop for EVs with a showroom) has one to test drive. A lease of one of these vehicles is 420 GBP or about $516 a month and it includes all the charging you want for the first three months. 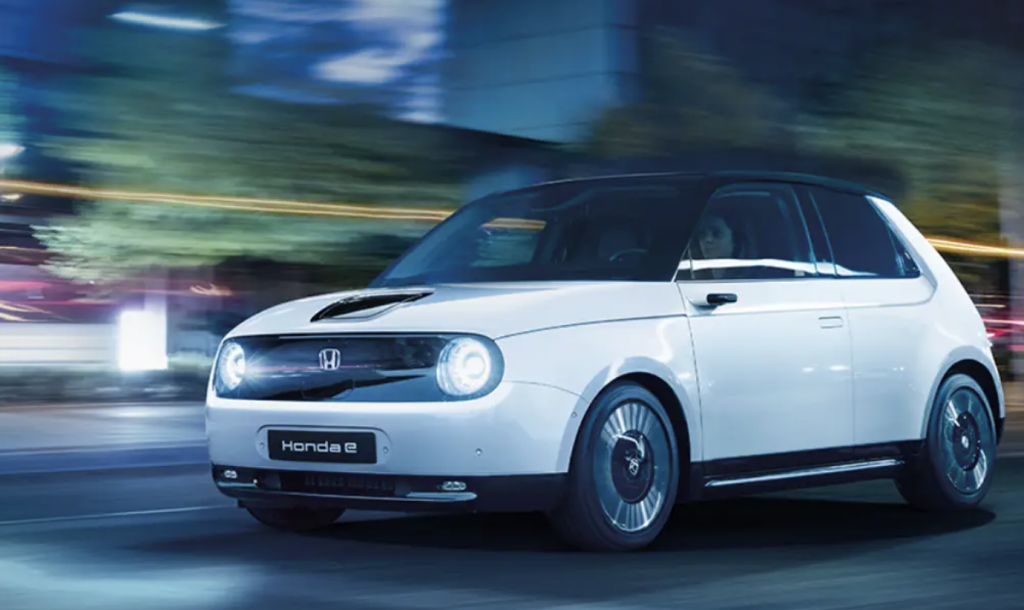 Here’s my view of electrification at Japanese automakers:

Hopefully, Honda will rectify this situation. Hope comes in the form of a Reuters article (“Honda to create devision to speed up electrification development”):

In changes effective April 1, the new division would consolidate the Japanese automaker’s electrification strategy and development of automobiles, motorcycles and power products such as generators, it said in a statement.

The Japanese automaker also said it would combine current six regional operations to three, composed of North America, China and associated regions including Japan, the rest of Asia and Europe.

Honda has a great team of engineers and a strong brand and every opportunity to get this right. Stuff like the Honda N-Van is quirky, but clever, even if not right for the global market. The Honda Prologue EV is not exciting, but it’s also not exciting in the good kinda Honda way. The biggest knock against the Honda is that it’s a GM platform that it didn’t develop. Sounds like Honda recognizes this and is going to try and fix it.

The English City Of Leeds Seems To Be Proudly Anti-Car

[Editor’s Note. Matt had to run, so it is I, David Tracy, writing this final section of The Morning (who knows what). Also, I should note that the video above is largely irrelevant to the story. -DT].

I think it’s good to be reminded that some people find this beloved passion of ours to be a menace on society. I think it’s a bit silly to paint it like that, but everyone driving their own Chevy Suburban probably isn’t going to lead to the happiest, healthiest world, so I get it. Today’s anti-car sentiments come from the city of Leeds, which is trying to cut down on car use. From the BBC (emphasis mine):

[Councillor] Mr Hart-Brooke said: “I worry when I see things like that, because, ultimately, charging and adding costs in disadvantages the poor in our society disproportionately.

“It’s not the guy in the 4×4 or the Volvo who won’t drive, they’ll pay whatever.

“We really need to get the options stood up that are carrots before we go in with the sticks.

“We’re developing a reputation as an anti-car city. That’s great, but we need the options for people to use as an alternative.”

Okay, admittedly, things got a lot more reasonably the farther down you read in that article:

Responding to Mr Hart-Brooke, Ms Hayden, the council’s executive member for climate, said: “The strategy is for Leeds to be a place where you don’t need a car, and that will benefit the poorest the most because they don’t have cars at the moment, yet they suffer five times more from air quality-related illnesses.

“I don’t want to bring in any more charges than there are at the moment, but that’s not to say you don’t have it in your arsenal.

She said efforts were being made to improve public transport, install more cycle ways and make walking and biking “easier and safer”.

But, she said: “If all those don’t work you need something in your back pocket to be a silver bullet, or to really move things along.”

The BBC notes that Leeds’ city council wants is gunning for a 30 percent drop in car use by 2030.

Is VW going in the right direction or the wrong direction? Prove me wrong.

Howdy! I'm the Publisher of The Autopian which means I'm to blame for at least a small part of this. I used to run another car site and then made movies and TV shows. Now I'm here to convince you to buy a Peugeot.
Read All My Posts »
PrevPreviousBattle Of The Salvage Titles: 1980 Pontiac Trans Am vs 2005 Aston Martin DB9
NextGM Isn’t Done With Gasoline Engines Yet, Announces New Small-Block V8Next