Behold, The Ultimate Fuel Gauge Has Been Found

This collection of interconnected computation devices that stores humanity’s precious supply of kitten GIFs and naked photos of ourselves and provides the means for strangers to argue with one another via short, bitter paragraphs that we call “the inter-net” is actually pretty useful for other things as well. Things like being introduced to truly remarkable fuel gauges that defy all logic and reason and, as a result, transcend our normal, filthy plane of existence. Fuel gauges like the one seen in this Reddit post.

Confusingly, this post suggests that the fuel gauge “does a pretty bad job at telling how much fuel there is,” when in fact it does a spectacular job, and it’s our failings as humans that prevent us from knowing what the hell it’s trying to tell us:

Wow, right? It’s incredible. Maybe even sublime. As some of the commenters have pointed out, while the little illustration on the dash seems like it could be a riding lawnmower, it’s not. No, this is something much more exciting: a road-roller. 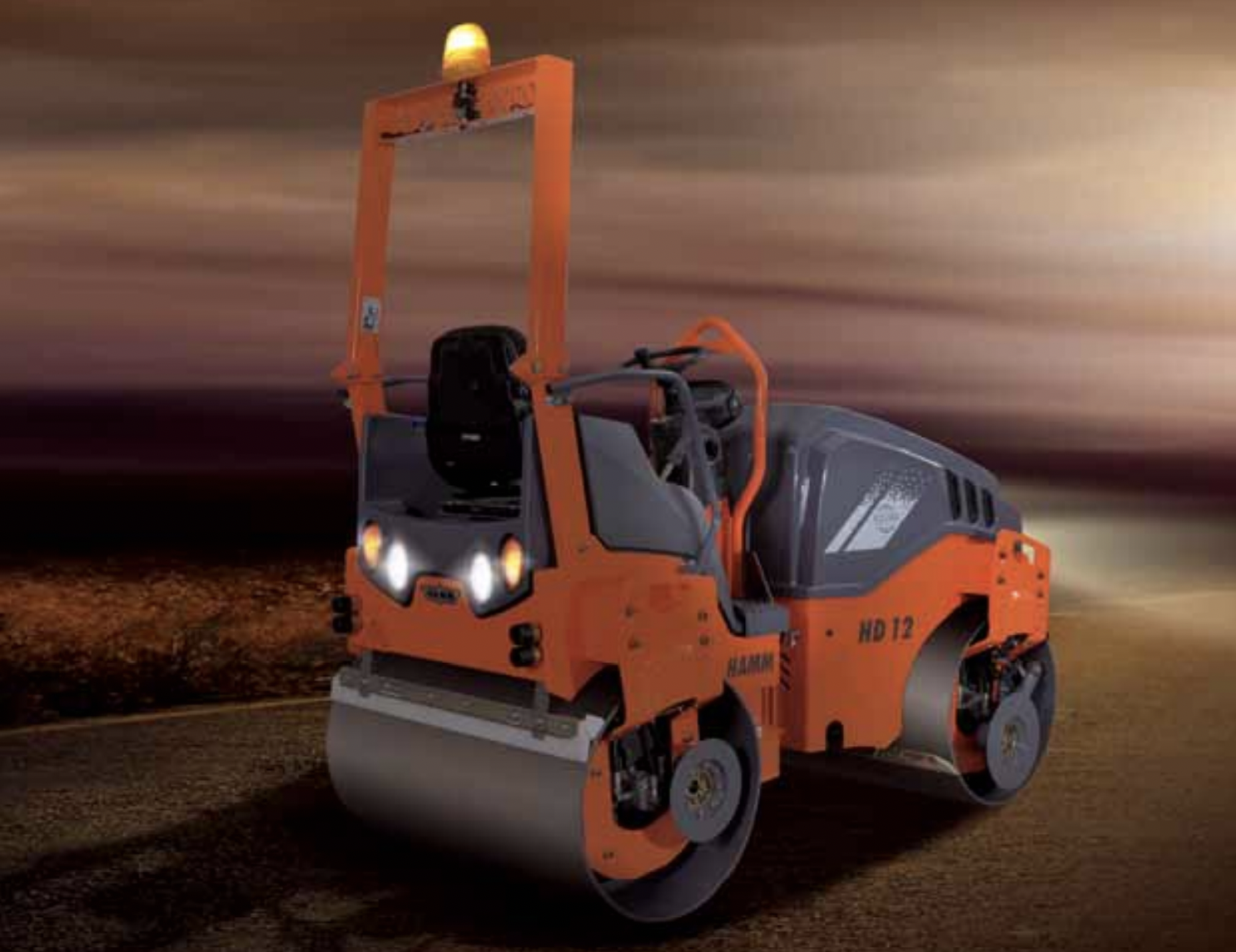 Specifically, this seems to be a Hamm HD Compactline series of road roller, and we can get a good look at the fuel gauge in context of the whole dash in this well-illustrated brochure: 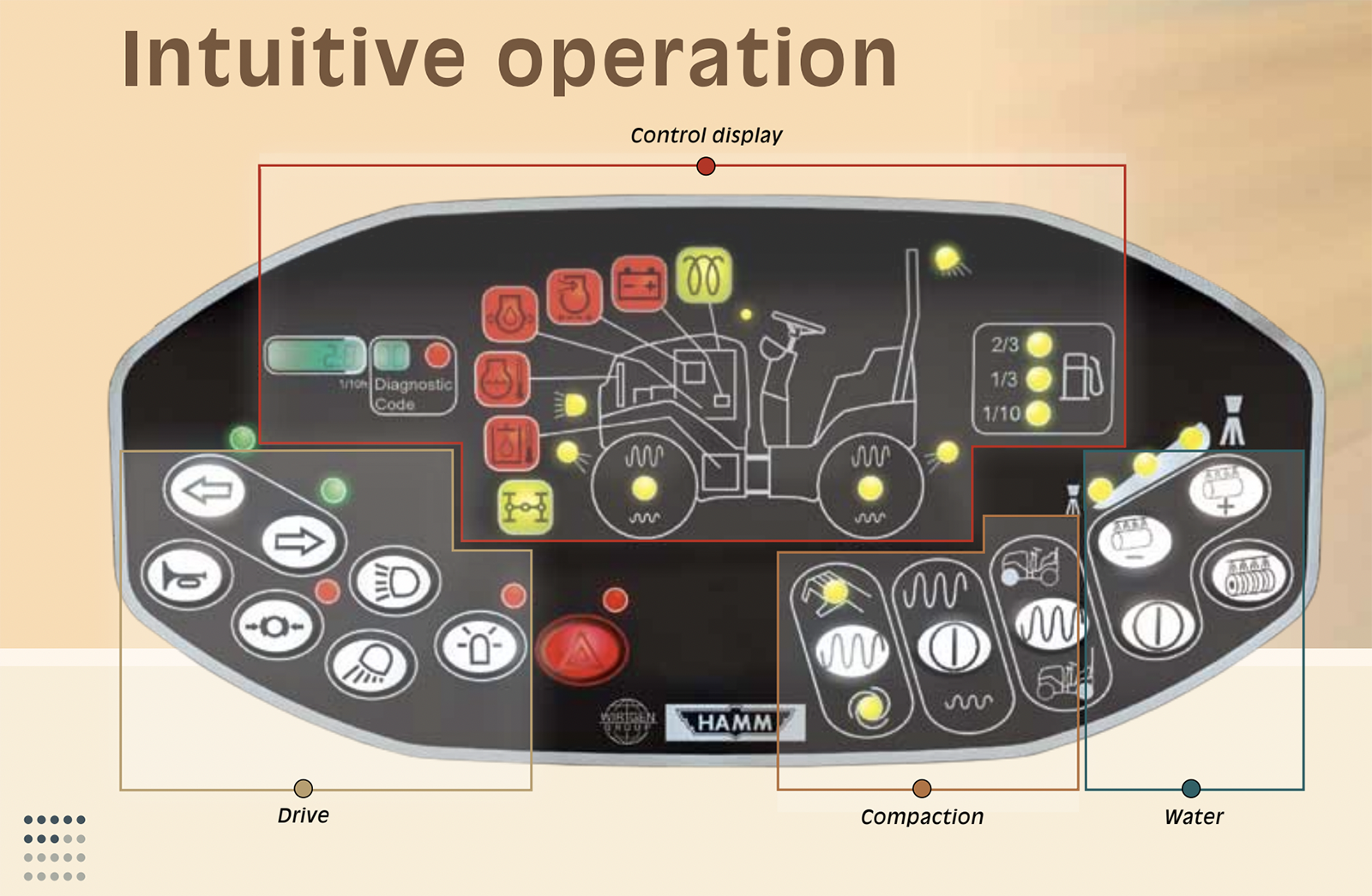 Lovely, isn’t it? Interestingly, the company appears to be using the word “intuitive” in a context I’ve never been exposed to before.

This fuel gauge is absolutely fascinating. I’m a firm believer that fuel gauges are ripe places for exploration and improvement – consider the remarkable Nissan 280ZX’s fuel gauge that included a separate sub-gauge just for the last quarter tank. That’s an incredible innovation. 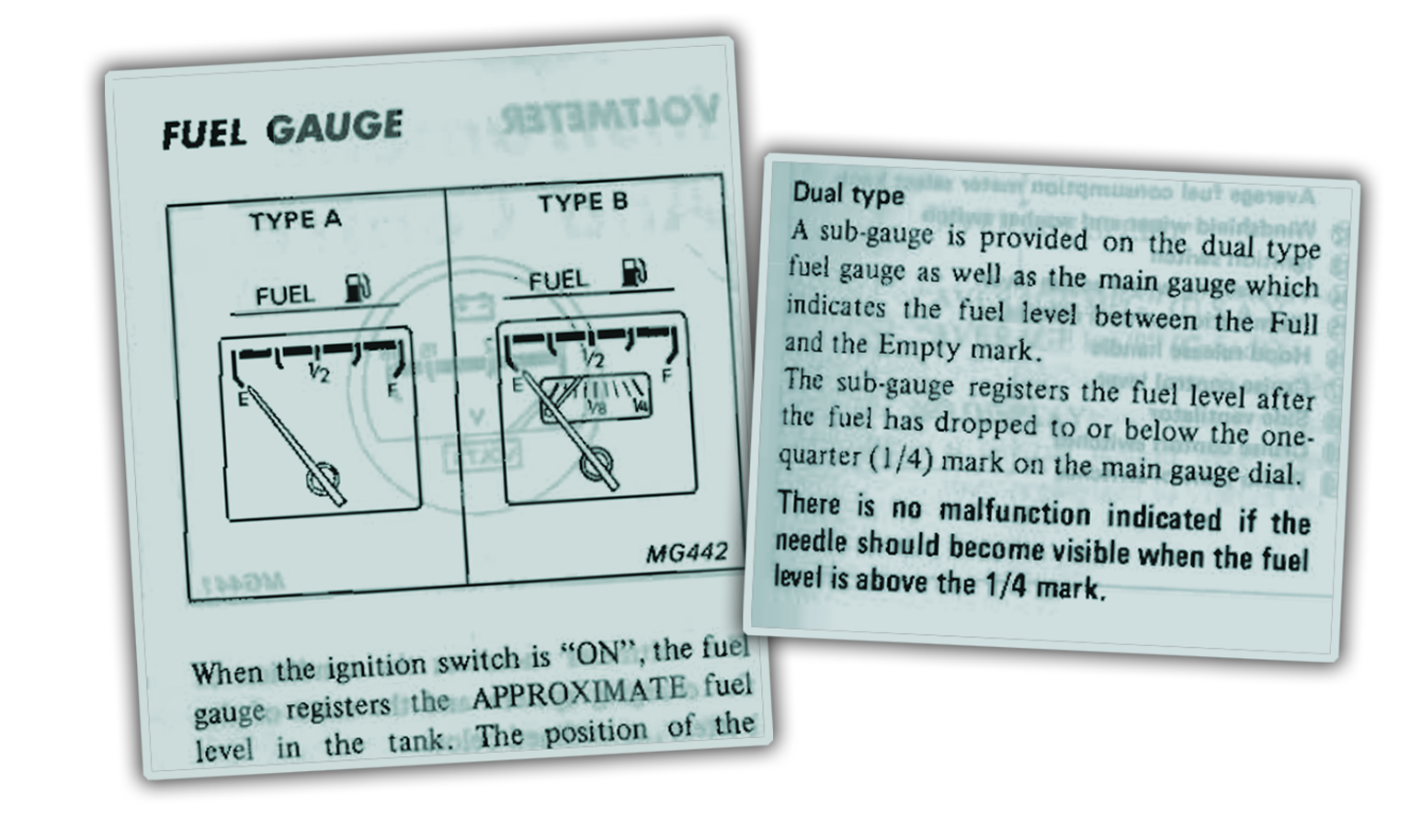 Nissan’s extra sub-gauge is a clever expansion of the fundamental fuel gauge concept, but what Hamm is doing is more of a deep re-thinking: Why make a fuel gauge immediately understandable when you can make it complex and obtuse? Let’s look at it again: 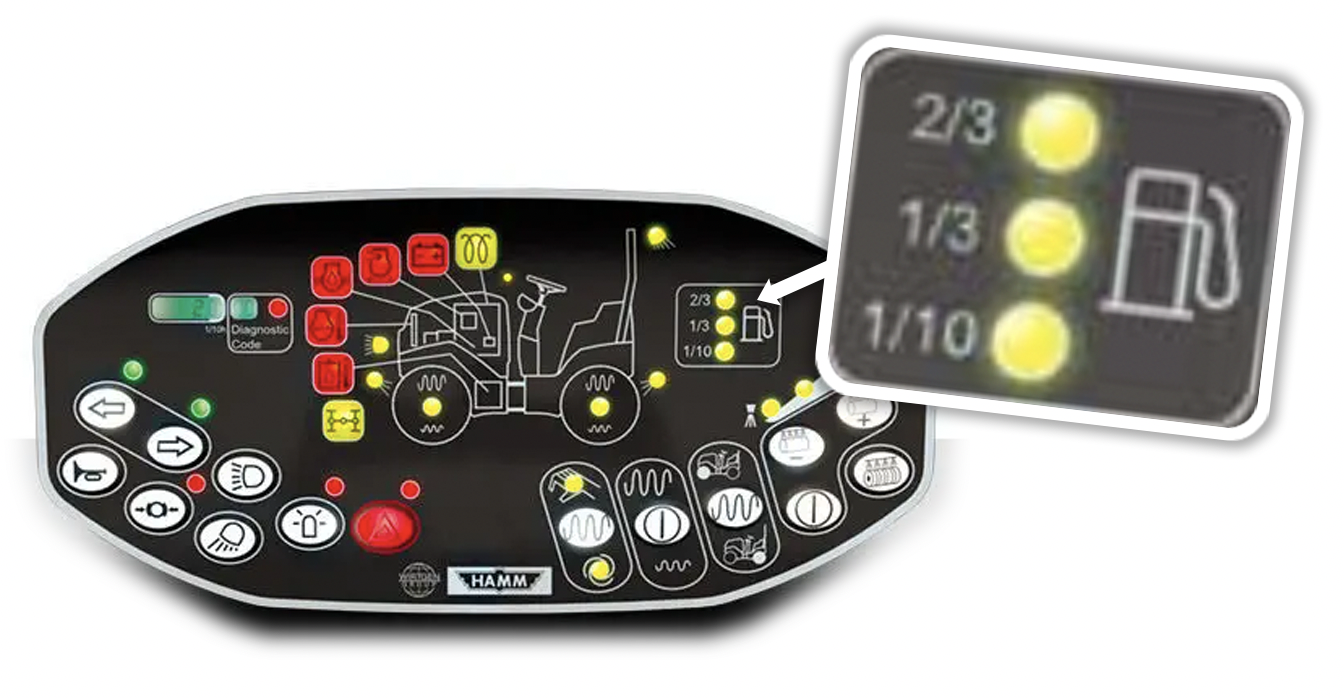 For a little picture and three labeled LEDs, there’s just so much there. We have three yellowish-green LEDs, labeled 2/3, 1/3, and 1/10. Now, all three are illuminated in this picture, but the real-world picture from the Reddit post just shows the top one illuminated. So, let’s say that’s how it actually works, and this gauge tells you if you have 2/3 of a tank, 1/3, or 1/10.

So, it doesn’t ever tell you if you’re actually full or empty, like some conventional boring-ass gauge. This gauge chooses the path of fractions, but, incredibly, somehow doesn’t use a common fucking denominator for all three fractional values chosen.

Why is that? Maybe because the company arbitrarily decided to divide the tank into conceptual thirds, then found itself written into a corner when it made its middle level just 1/3, and then had nowhere to go?
I mean, Hamm couldn’t even do something that was, you know, a multiple of a third? The 1/10 couldn’t have been, like, 2/9 or something? Then you make 2/3 into 6/8 and 1/3 to 3/9, and at least you’d have a common denominator. I mean, that wouldn’t have been much better, I guess.

What information are you getting out of this madness-inspiring 2/3-1/3-1/10 trio? The sobering realization that no matter how hard you try, you can never have a completely full tank? Or do they just want people re-doing 5th grade math as they try to find the lowest common denominator between 1/3 and 1/10?

Any Hamm owners/drivers out there want to help me understand this? In the real world, I’d like to bet that people just use this as a full/half/empty kind of thing.

Still, hats off to Hamm for not being kowtowed into fuel-gauge homogenity! May all of your gauges read 2/3, forever!

I'm a co-founder of the Autopian, the site you're on RIGHT NOW! I'm here to talk to you about taillights until you cry and beg me to stop, which I absolutely will not. Sorry. Hug? Also, David's friend.
Read All My Posts »
PrevPreviousIf You Live Outside Of North America, Good Luck Getting A Tesla Cybertruck
NextThis Might Be The 2023 BMW XM: BMW’s New SUV KingNext