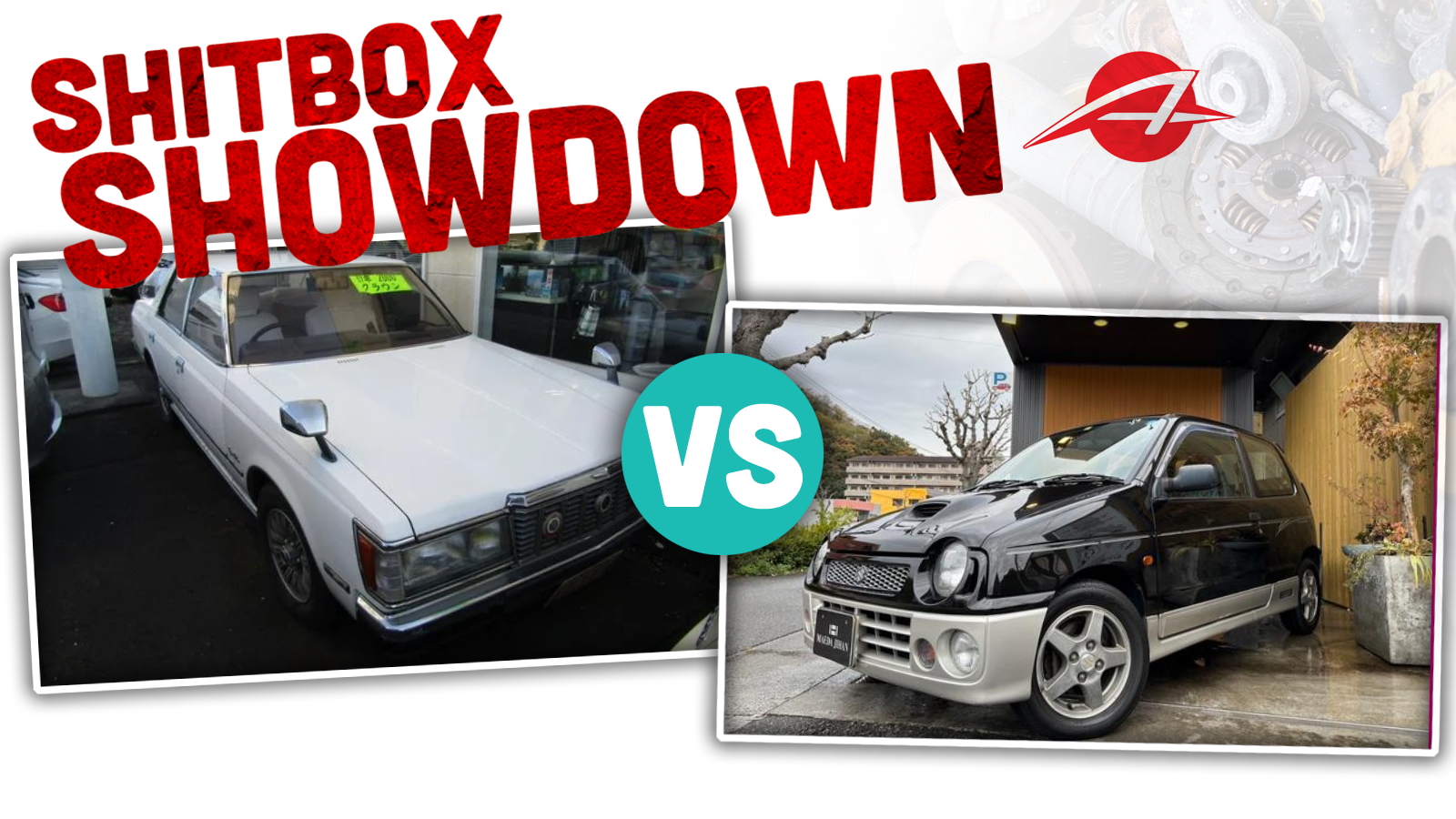 Welcome back to Shitbox Showdown, where we highlight what are indisputably some of the cars on the internet. Today, we’re going to Japan to go surfing on the Goo-Net. Relax, you won’t need incognito mode for this one. It’s a used car website, nothing dirty or uncouth. Before we jump into things, let’s take a look at how our trip to Germany went. 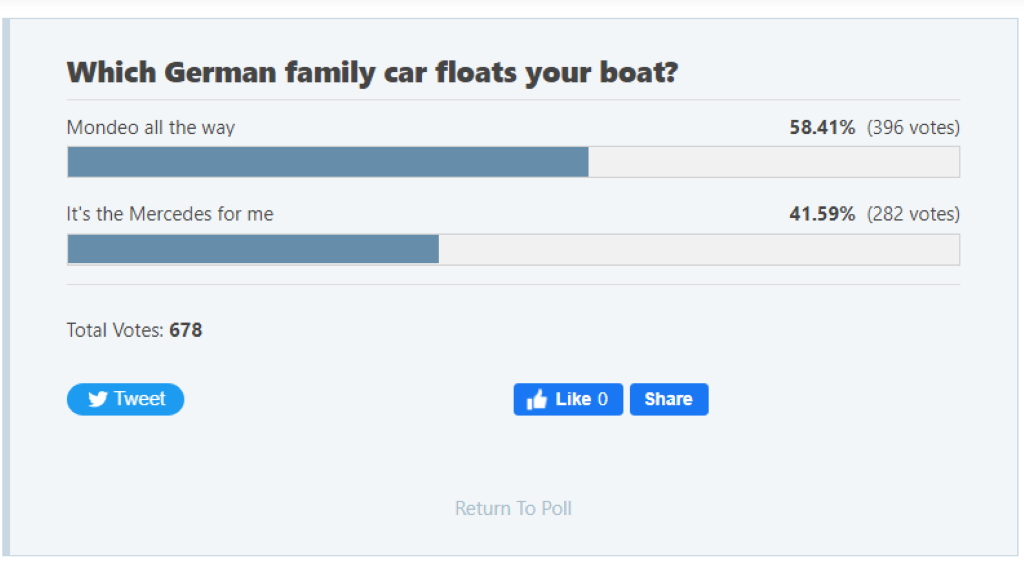 It looks like the Mondeo resonated enough to pull out a very strong 114-vote victory over the 200D. I get it, measuring acceleration times with a calendar does sound a bit tedious, plus the Ford packed the internet-breaking combination of a long roof and three pedals. Anyway, let’s head back to Japan where I have two extremely different JDM machines for your consideration. 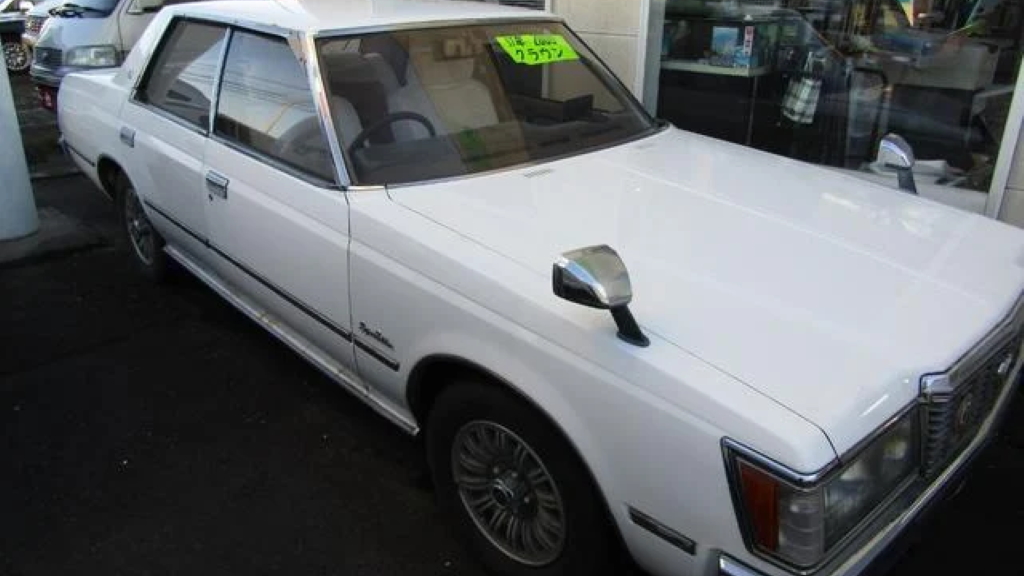 Runs/drives? Your guess is as good as mine.

Oh yeah, it’s Crown time. Specifically the majestic sixth-generation Crown sold between 1979 and 1983. Sharing little more than a model name with the transverse-engined Subaru Legacy SUS-esque machine that’ll be sold new in America, this Crown is of an era when the distinguished Japanese businessperson wanted an equally-distinguished premium sedan to roll around in. 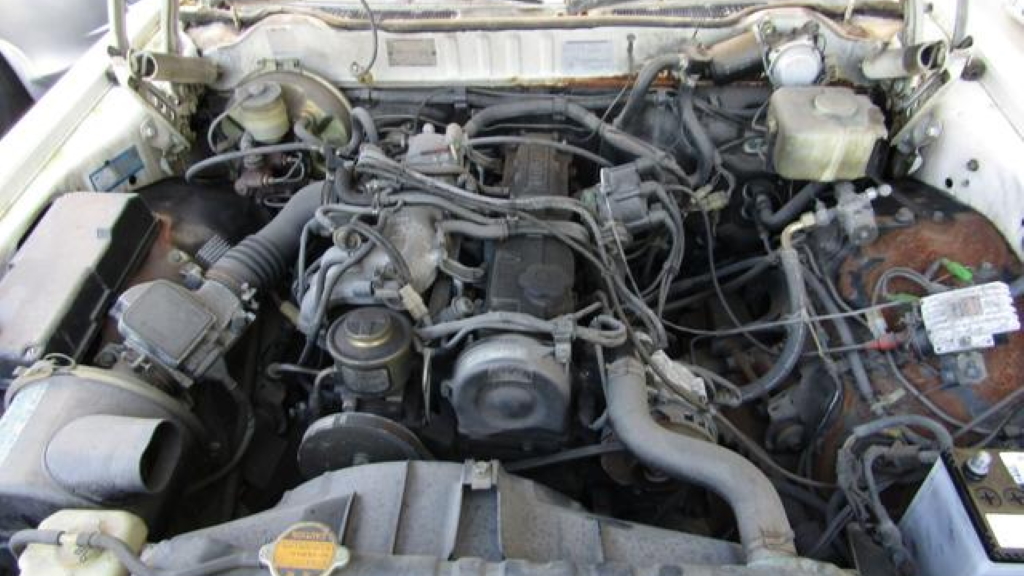 Under the hood sits a two-liter tax-special inline-six, producing a number of horsepower that doesn’t really matter because this family of engines is known for being rather smooth. After all, the inline-six is an inherently balanced engine configuration, and electronic fuel injection should make this relic feel newer than it is. Besides, with a slushy automatic gearbox, do you really want to hustle this thing? Sure, it packs rear-wheel-drive, but so does a Chevrolet Caprice. 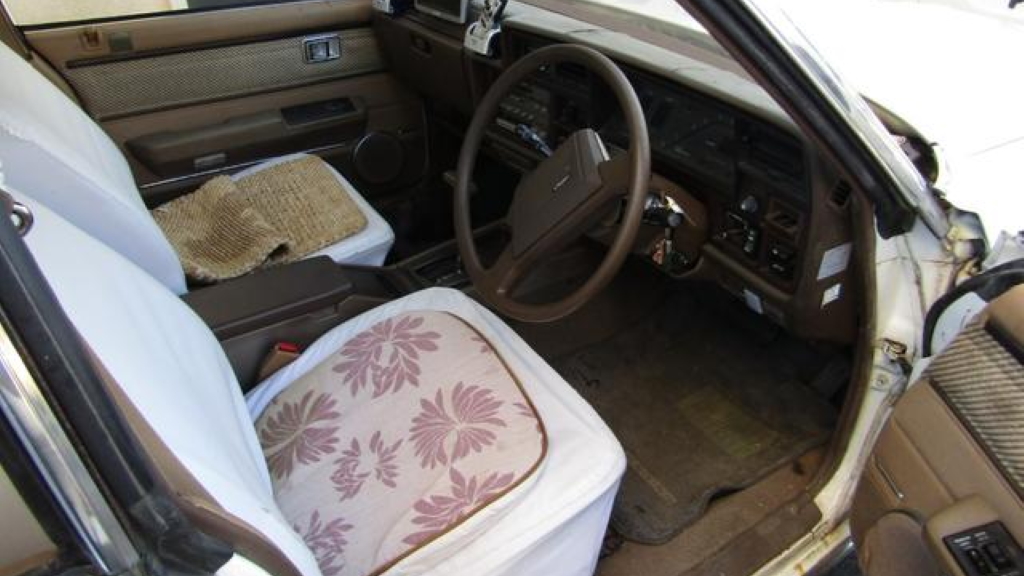 Instead, let your mind wander by stepping into an interior that seems browner than brown, from the molded plastics to the tasteful striped door card inserts. Sure, the seat covers mean that the fabric underneath could be in dubious condition, but that’s the natural shitbox roll of the dice right there. Besides, why focus on the seats when you could look at that ‘80s-tastic digital dashboard. This is a car that should take your mind off traffic and let you breathe a little. 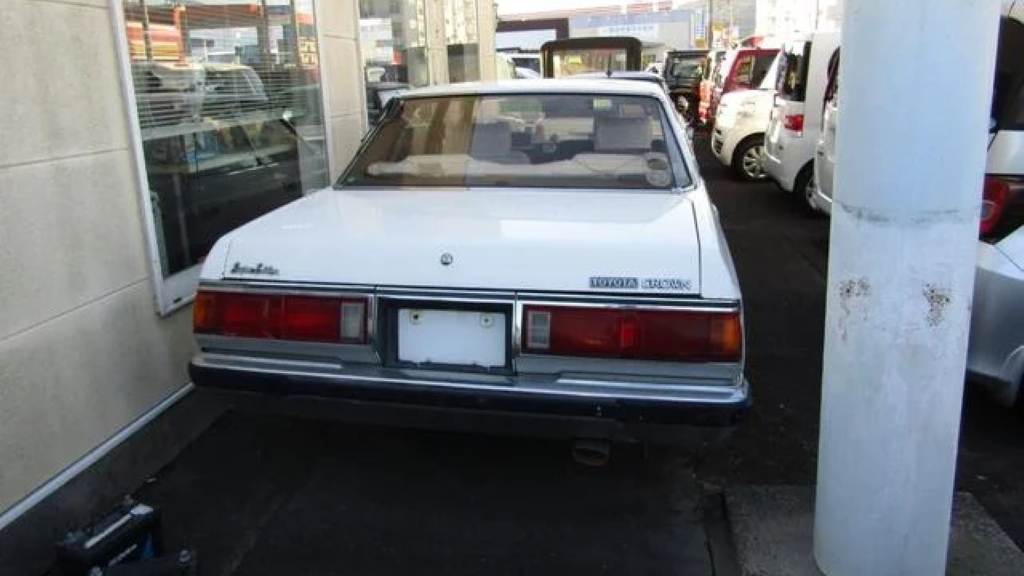 At ¥290,000 (roughly $2,117), this Crown is really cheap as far as examples listed on Goo-Net go. However, it doesn’t take a genius to figure out why that might be the case. There’s rust visible on the trunk lip, and the inner front fenders look quite frilly as well. There will most certainly be a bodywork bill associated with this old gem, although there’s always the odd chance that the underbody doesn’t have holes and can just be POR-15’d. On the plus side, if you’re interested in higher performance, a 7M-GTE from a Mark III Supra shouldn’t be the hardest swap in the world seeing as these cars were sold with the 5M-GE engine, and should give this cruiser a proper kick in the trousers. 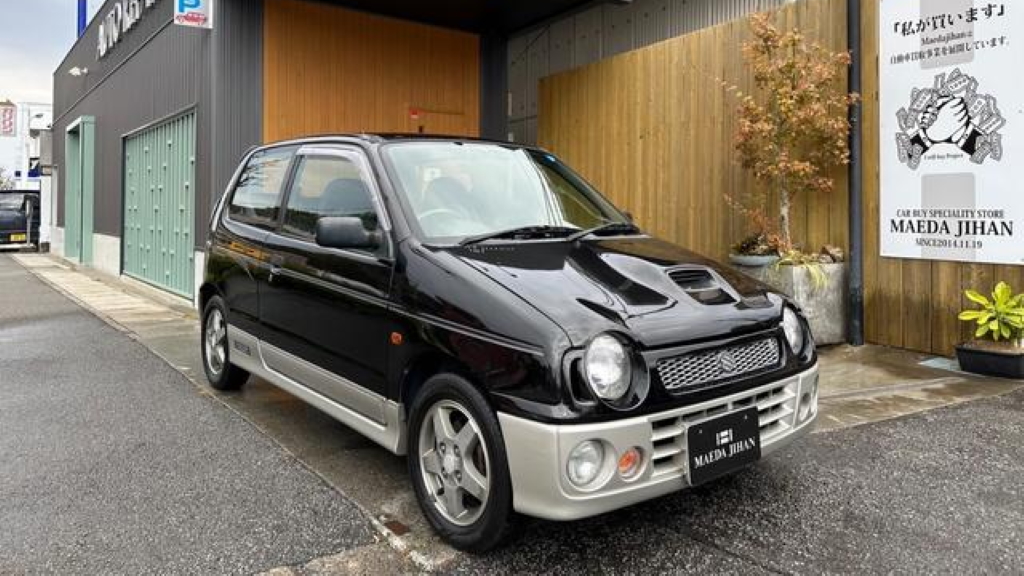 And now for something completely different. Let’s halve the cylinders, add a turbocharger, and jump straight into the wild world of kei cars. If Works Turbo F Limited ie/s isn’t a fantastic trim name, I don’t know what is. This bright-eyed little Suzuki harks back to an era when possibilities were limitless and everything was going as tech-heavy as possible. 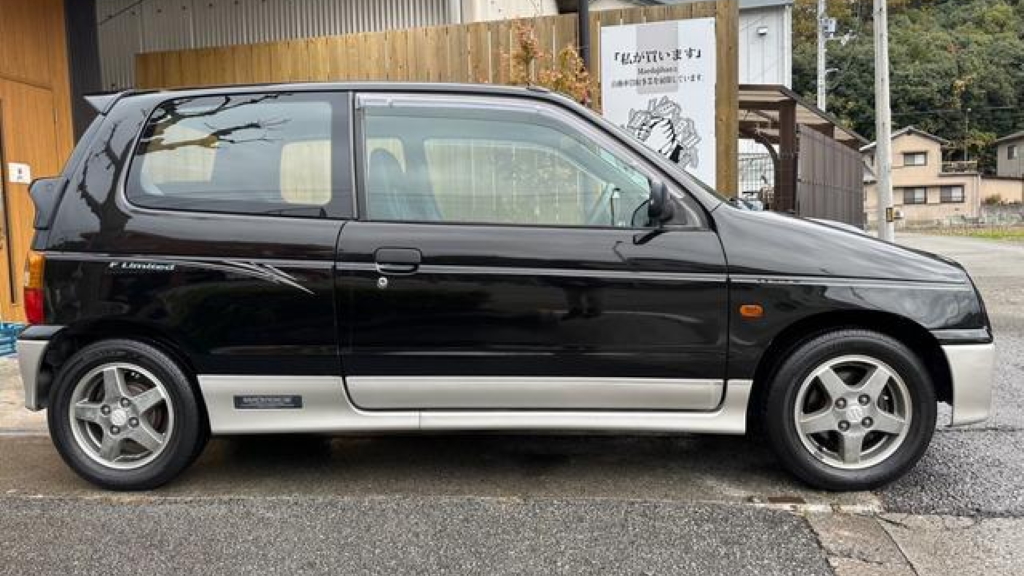 The single-jingle six-valve F6A three-cylinder engine in this Alto is boosted for extra pep over the naturally-aspirated engine, and a nice high redline will let you wind this thing out, provided you’re willing to work around the automatic gearbox. Hey, that’s the price to pay to get one of these things for cheap. The car definitely appears to idle in the ad photos, and a set of Bridgestone tires suggests that whoever owned this thing last cared about it enough to avoid the cheapest of cheap parts. 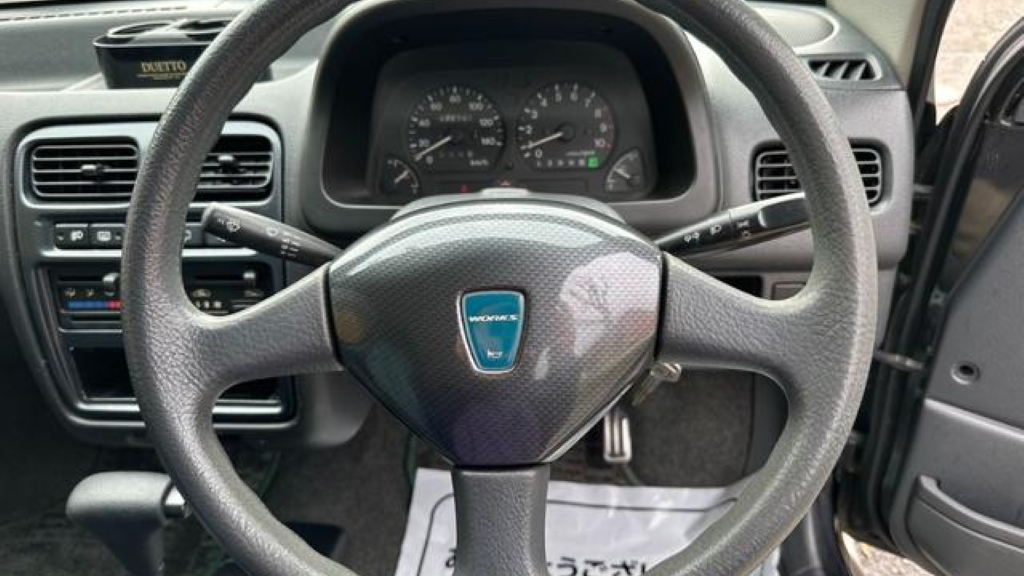 On the inside, this particular trim level is most easily distinguished by the ginormous carbon fiber dinner plate on the steering wheel. Very expensive horn pad, very cheap urethane rim. It’s a weird clash, but that adds to the charm. Speaking of items that add to the charm, check out the spectacular seat fabric. It’s a shame that fun fabric prints have been largely eliminated from new cars today because this cool color palette and bevy of lines really add spice to this little car’s interior.

[Editor’s Note: Plus, you can get replacement seat fabric with a carpet knife and simple visit to your local movie theater, cutting out movie theater carpet in whatever size you need, in the privacy of the dark. And, you get to see a movie! – JT] 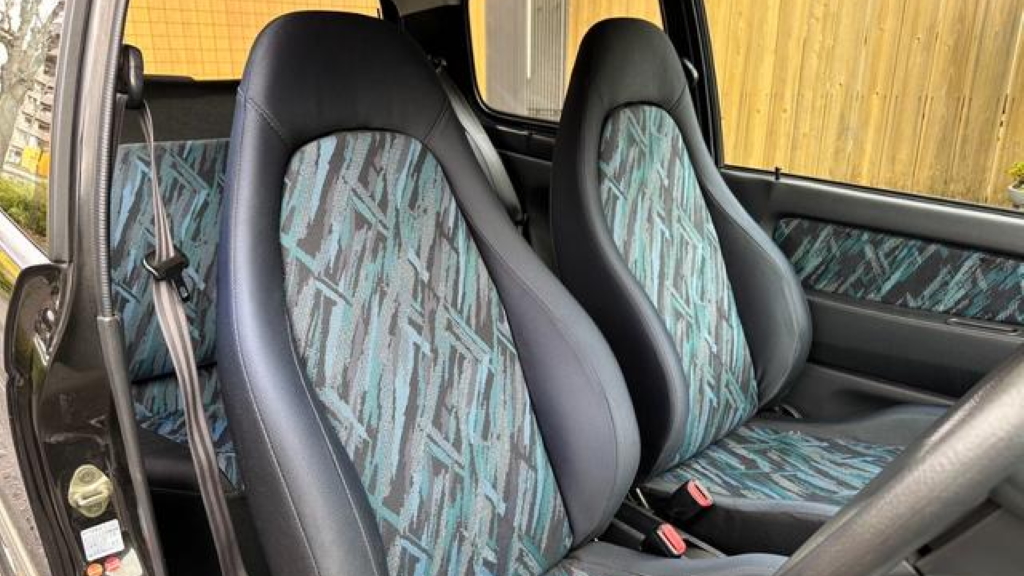 While this certainly isn’t the most powerful car money can buy, it knows how to look the part with a massive hood scoop to feed air into the intercooler, twin spoilers, and a proper factory body kit. Add in a two-tone black-and-beige paint job and some sensational graphics, and you get a tiny turbo terror that’s unmistakably JDM. Then again, an automatic gearbox probably isn’t best suited to a car of this nature, but that’s the way it goes.

So, which of these two Japanese finds are you going for? Going boating down the highway in this plush Toyota Crown sounds appealing, but so does the pint-sized fury of this turbocharged Suzuki Alto Works. As ever, choose wisely.

(All photos courtesy of Goo-Net sellers)