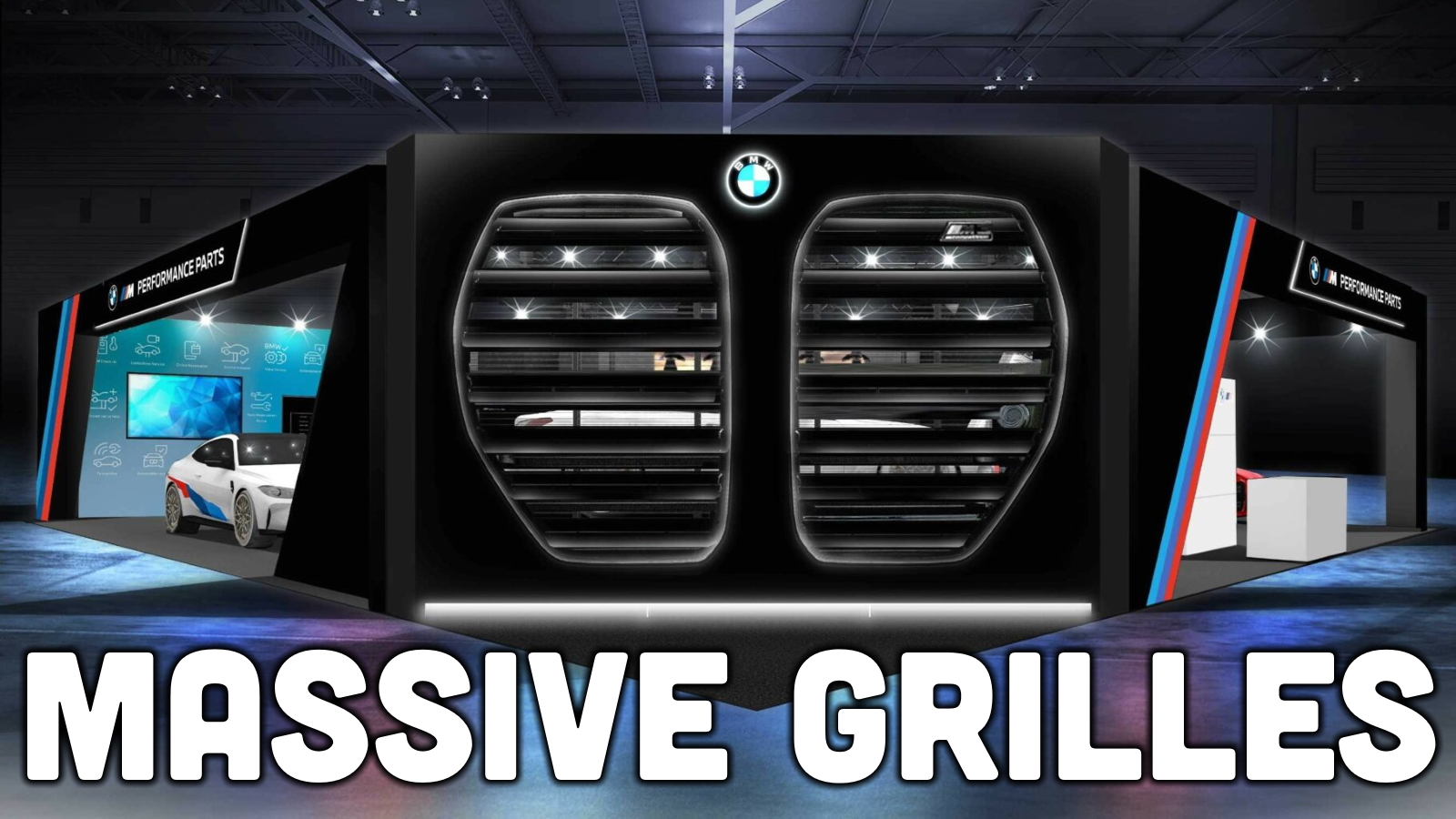 We’ve seen Big M8, we’ve seen the motorized tumor known as the BMW XM, and now BMW is making its biggest grilles yet just to piss off everyone who hates good taste. Mind you, this set of grilles won’t come attached to a car. That’s because these engorged kidneys are parts of something so massive that BMW can park multiple cars inside it. I’m talking about the Bavarian marque’s 2023 Tokyo Auto Salon booth, which is interesting, as BMW has bowed out of several international auto shows recently. There was no official BMW booth in Los Angeles this year, nor was there one in Detroit. Mind you, it’s likely because BMW Japan plans to unveil something at Tokyo Auto Salon; your guess is as good as mine on what that something is.

Anyway, back to the booth. As we can see from BMW’s render, it looks like it should accommodate multiple cars, and the giant grilles feature some neat Easter Eggs. Not only is there an M3 Competition emblem on the upper right slat, the right grille appears to feature a giant parking sensor. More importantly, this big-grilled booth makes a statement, and that statement is “y’all can suck it; this is who we are now.”

It’s no secret that BMW’s latest styling language has been the subject of vitriol in the press and from fans, and rightly so. BMW’s been producing some very ugly cars as of late. There’s the current 4-Series which I still haven’t warmed up to, the XM which is a horrible blocky mess full of fussy elements, and the iX which never quite manages to look confident from any angle. Clearly, I’m not the only person to feel this way, just look at what the internet thinks, starting with Reddit’s r/autos. 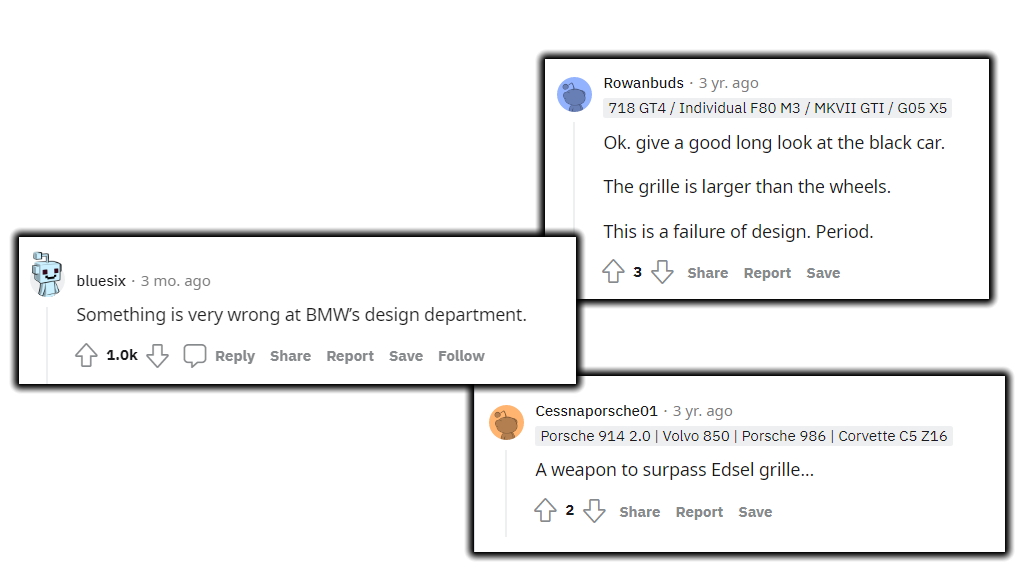 [Editor’s Note: I actually don’t agree with Thomas on this one. I recently saw an iX in person, and find it to look legitimately stunning. I even took a photo: 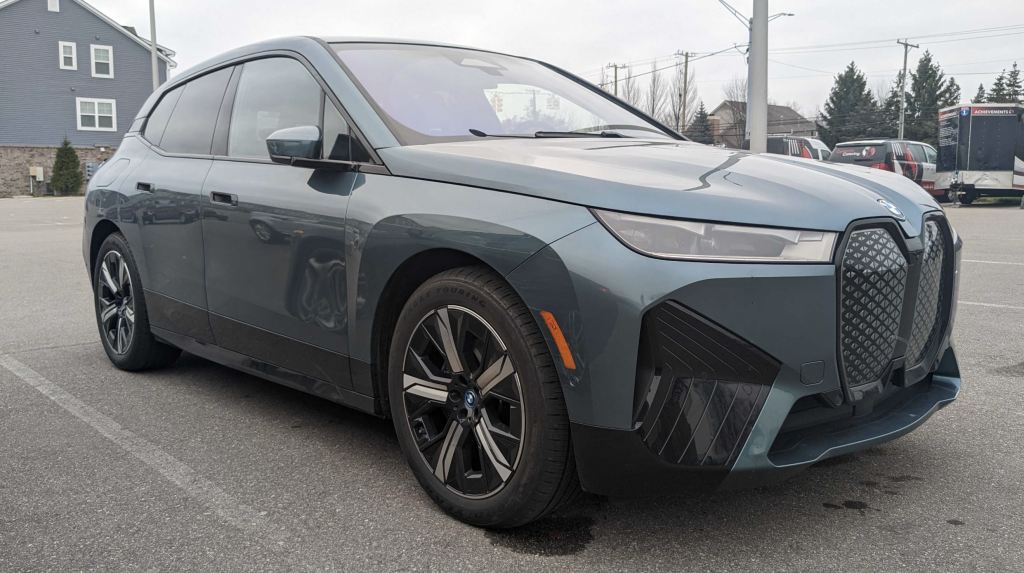 It looks futuristic and cool in person, I think. Then again, The Autopian’s in-house designer, Adrian Clarke, thinks I’m full of it. Just look at what he has to say:

Anyway, the booth is awesome, though. -DT]

However, it often takes time for an automaker to grow into a new styling language. Early spindle-grilled Lexus models were often incongruous messes, the pre-facelift E65 BMW 7-Series still has the face of a pug, and early quad-headlight Mercedes-Benz models have aged like hot milk. However, every one of these examples was eventually able to find its footing. Lexus now makes the universe-shatteringly gorgeous LC 500, the E60 BMW 5-Series still looks fresh today, and the W211 Mercedes-Benz E-Class looks leagues better than its similarly-themed predecessor. Although BMW’s latest styling has largely produced misses, I have a feeling it’ll all work out eventually. Mind you, that doesn’t stop the hate for now.

This is hardly the first time that BMW has doubled-down on its latest controversial styling language. Not only has designer Domagoj Dukec firmly asserted that the era of big grilles will continue in an interview with Top Gear where he stated “All our early kidneys were vertical. So we’re not just doing it for change’s sake. It’s our original,” BMW tried a particularly cringeworthy ad campaign around the iX electric crossover.

Yeah, that’s still difficult to watch. What’s more, BMW paired this strange video with an equally-strange Twitter strategy that, in some ways, was meant to tell people that they should be more open-minded to the iX’s design. “OK boomer” was an internet fad like the Harlem Shake; nobody brings it up anymore. The whole spot desperately reeked of an out-of-touch organization trying to co-opt internet culture, which only alienated the extremely-online. In addition, the phrase itself likely didn’t play well with BMW’s older buyer base, a true lose-lose all-around. 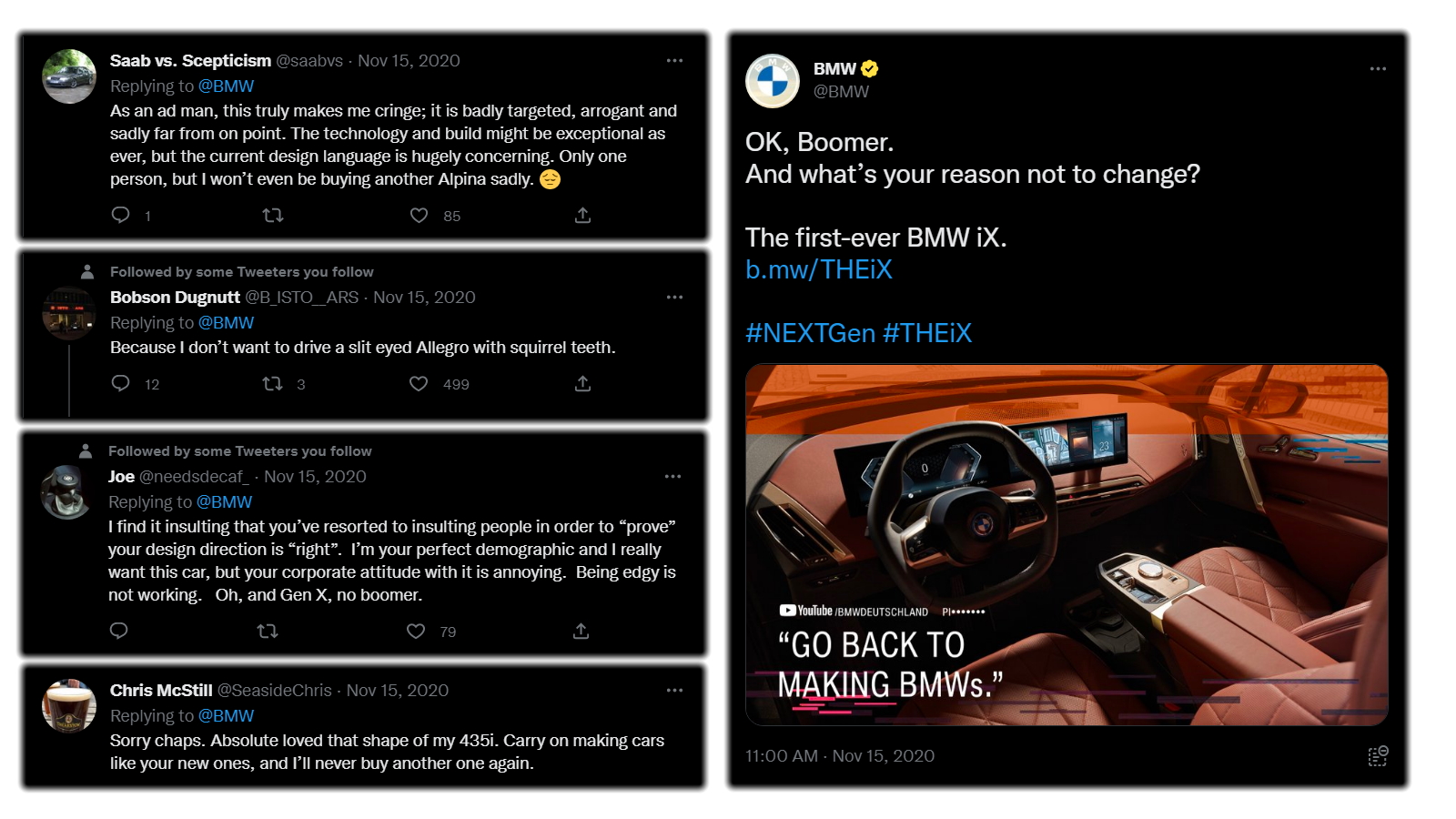 With this booth, things feel different. There’s a sincerity to this latest statement, partly because rendering a concept using physical materials shows conviction, and partly because it’s not defensive. BMW is owning its new grilles, whether people like this styling direction or not. These massive kidneys are now firmly a brand identifier, an unmistakable sign that the car keeping a distance of five feet from your rear bumper is a BMW.

What’s more, BMW has little incentive to change. The fanbase of owners who lived and breathed the tagline “The Ultimate Driving Machine” were put off roughly a decade ago when the F30 3-Series debuted with numb electric power steering. BMW hasn’t had the favor of hardcore fans or the internet for years now; why chase an audience that seems to have moved on? 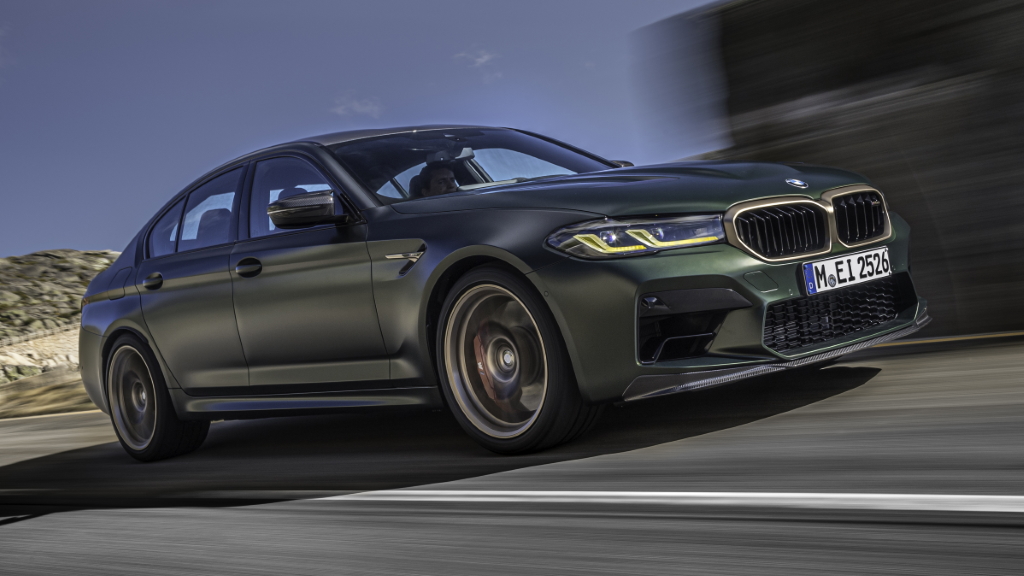 Don’t get me wrong, there are still a handful of recent BMW models that are great to drive. The current M3 and the limited-edition M5 CS are proof that somewhere deep in Munich, driving still matters. However, BMW wants you to know that it’s no longer the company it used to be and that everyone needs to get used to it and those big grilles. In some ways, this isn’t a bad thing; the interior on the new 7-Series is absolutely spectacular. That doesn’t mean we have to always like the brand’s exterior styling though.

The New BMW XM Is Extremely Ugly And Surprisingly Heavy

Thomas is a Nu Rave-blaring, heel-toe downshifting, maple syrup-swilling, chassis-geeking, junkyard parts-hauling, floppy-haired scenester who's been writing about cars since college. His current ride is a 2006 BMW 325i with the six-speed manual gearbox. Instagram: @thomas.hundal Twitter: @thomashundal
Read All My Posts »
PrevPreviousMake $80 An Hour From Home With This One Quick Trick: COTD
NextI Had No Idea A Lobster Race Car Livery Could Be So Good: Cold StartNext